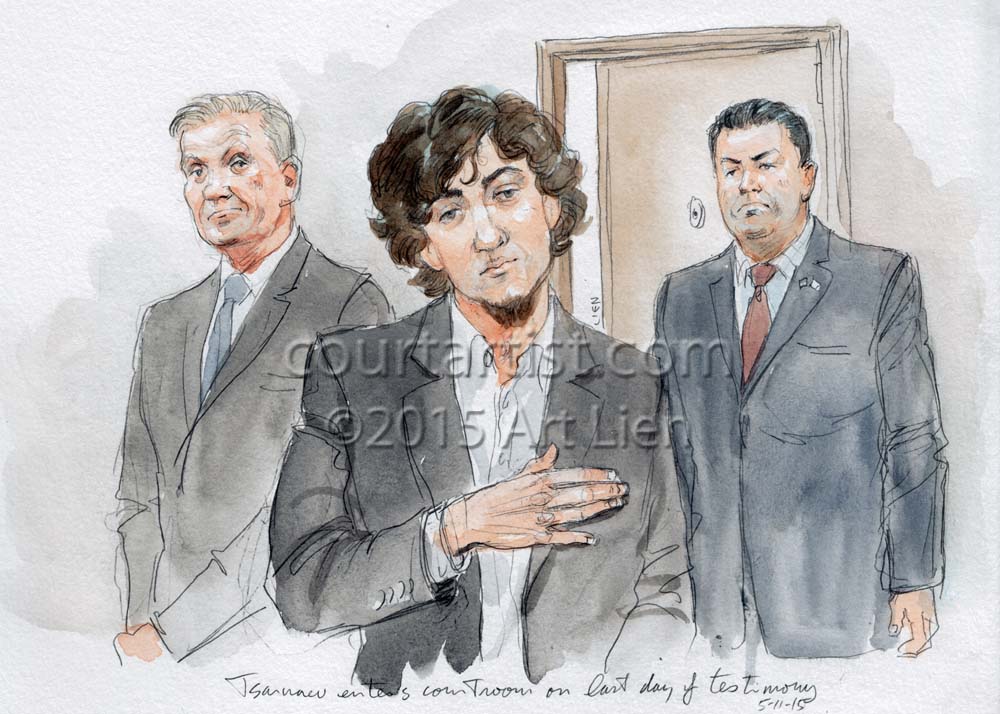 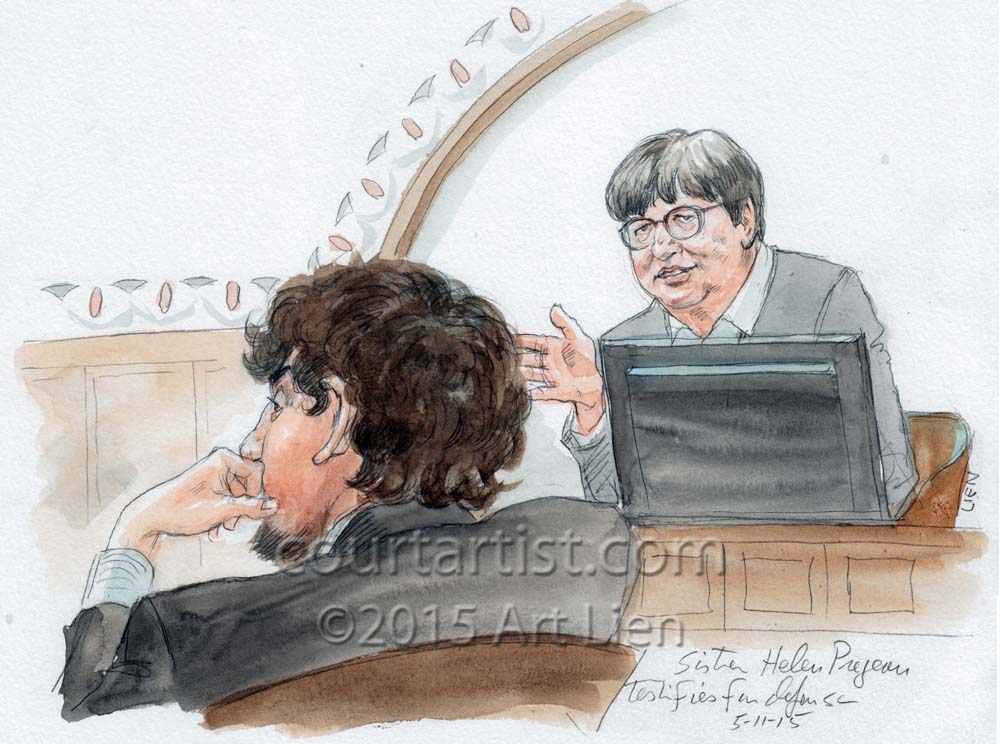 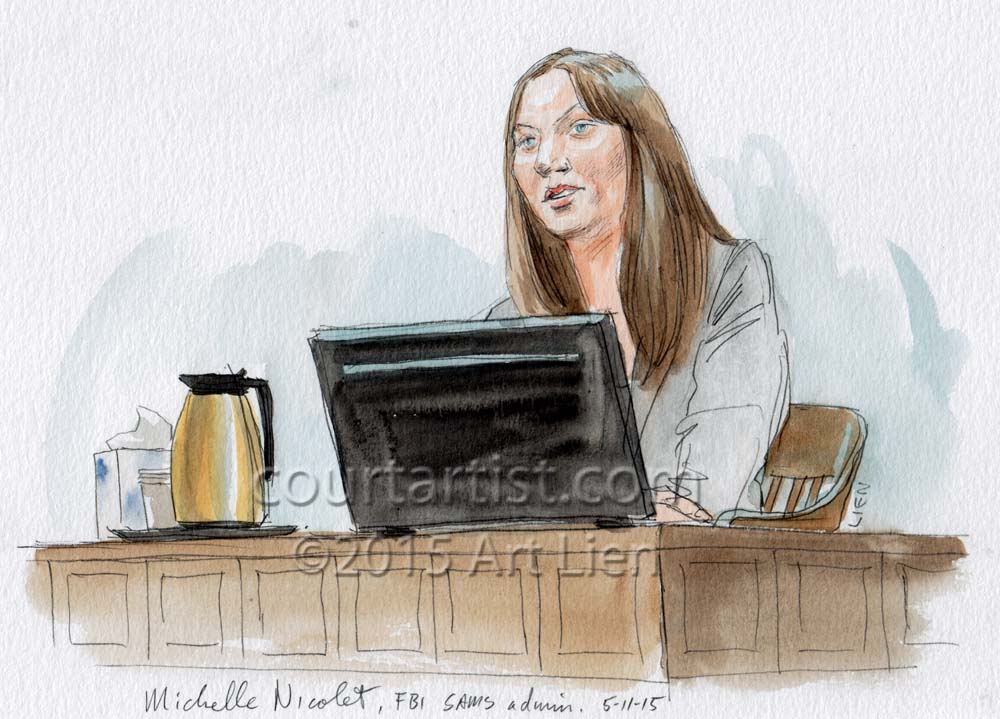 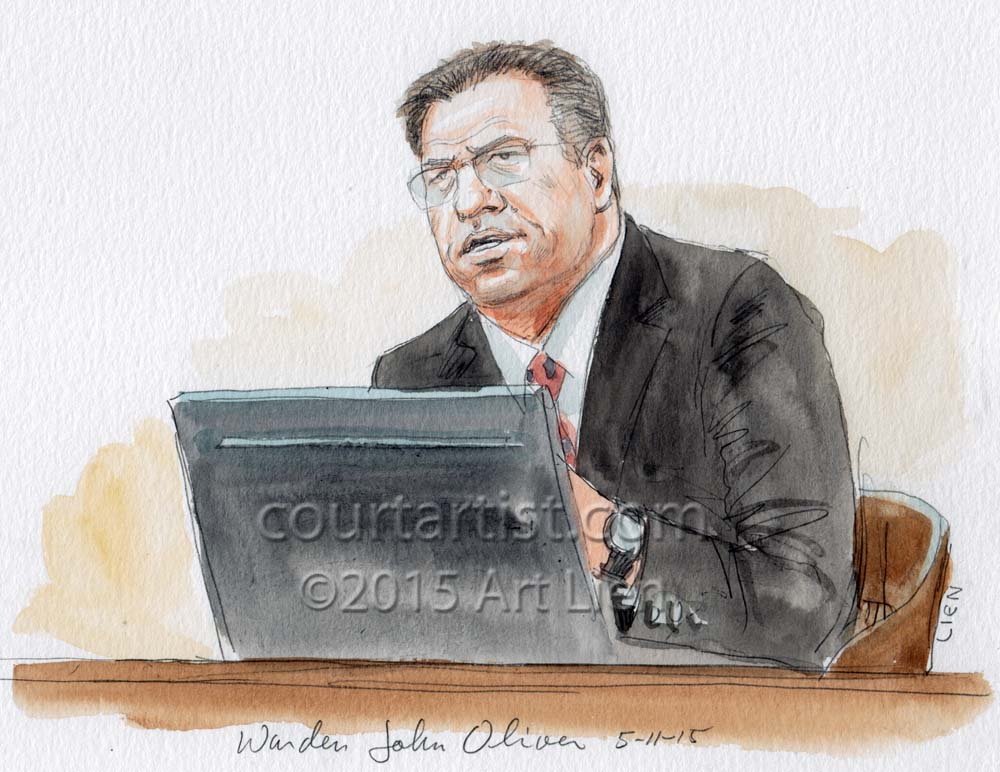 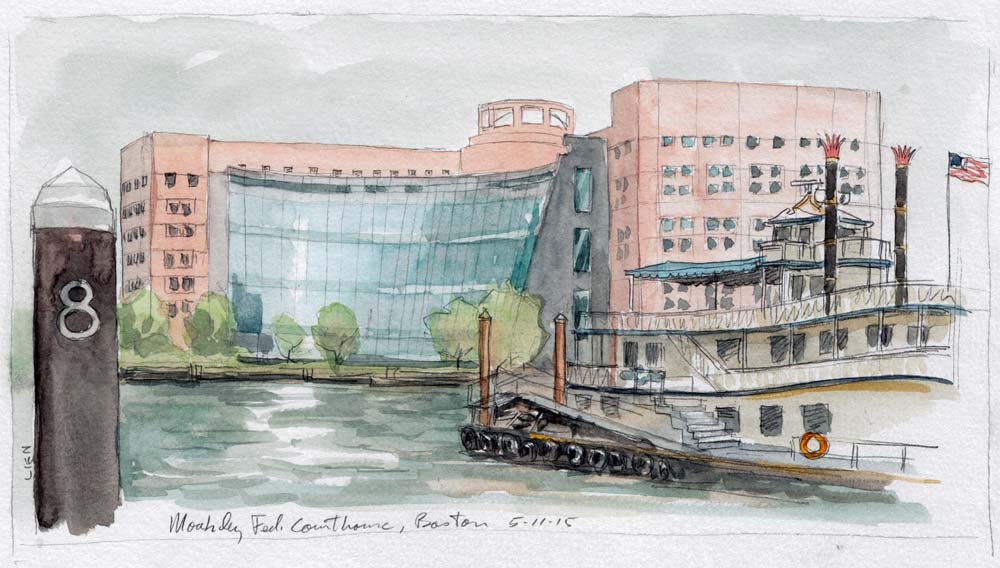 The Last Of Last Week’s Sketches 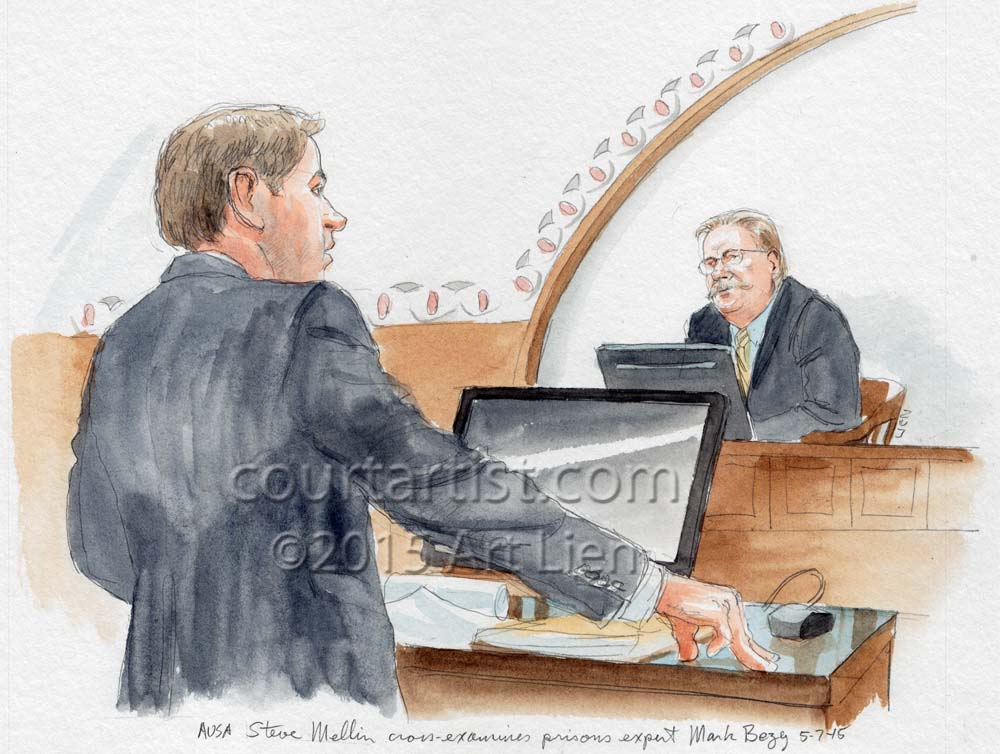 Thursday was a short day at the Tsarnaev trial last week as both sides met with the judge in chambers to discuss whether and to what extent Sister Helen Prejean will be allowed to testify. For much of the time nothing happened in the courtroom, though many tweets were read and sent. The previous day’s witness was brought back to the stand to complete his testimony, but that’s all.

I profited of the free time to ride a Hubway bike to the North End where I had an espresso and Italian ice and did the little sketch below. 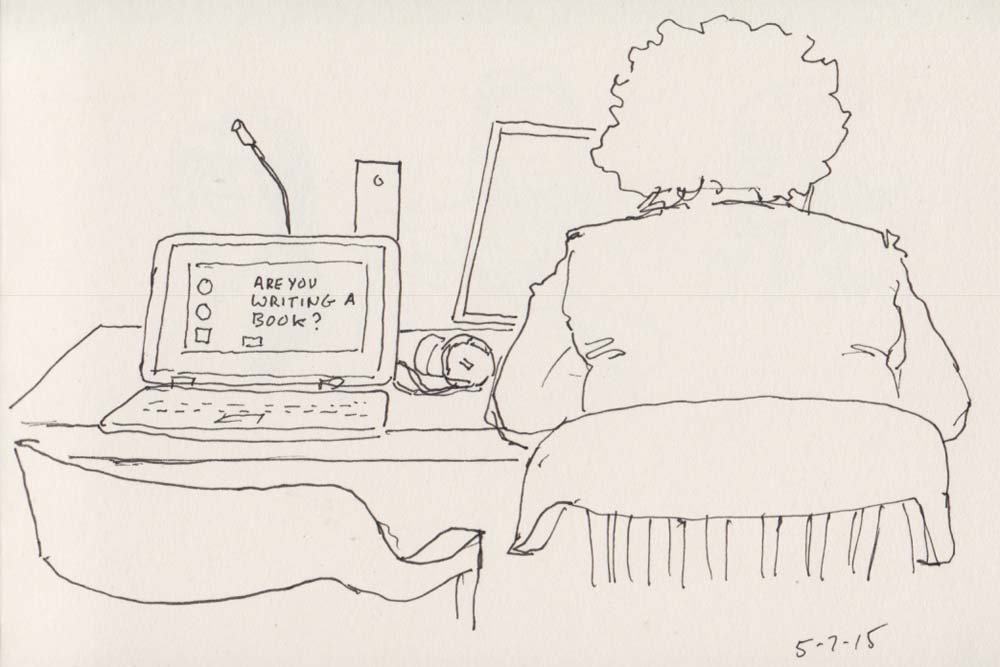 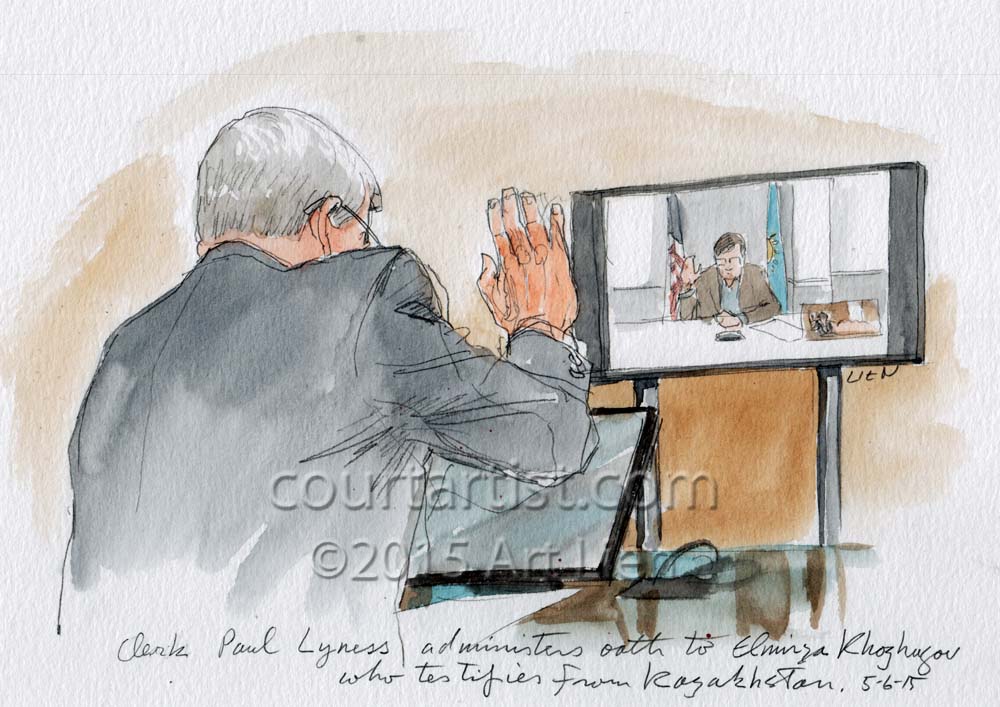 There was a short delay this morning as the court set up a video conference call so that a Tsarnaev relative could testify from Kazakhstan. The government wanted the judge to tell the jury that the oath taken by the witness was meaningless since there would be no way to pursue perjury charges in Kazakhstan. Judge O’Toole declined for now. 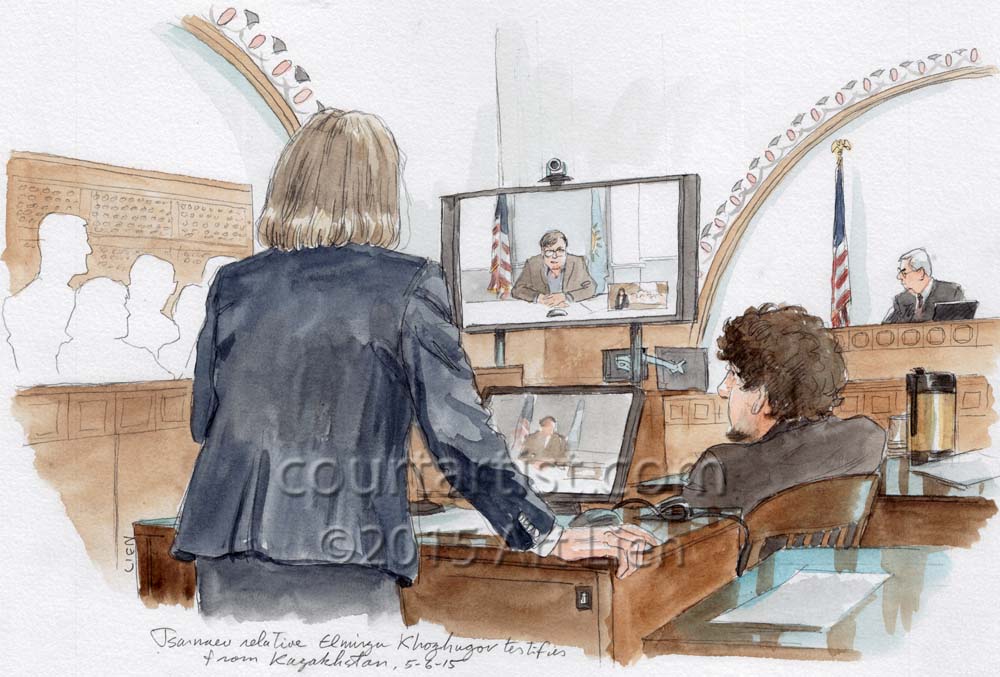 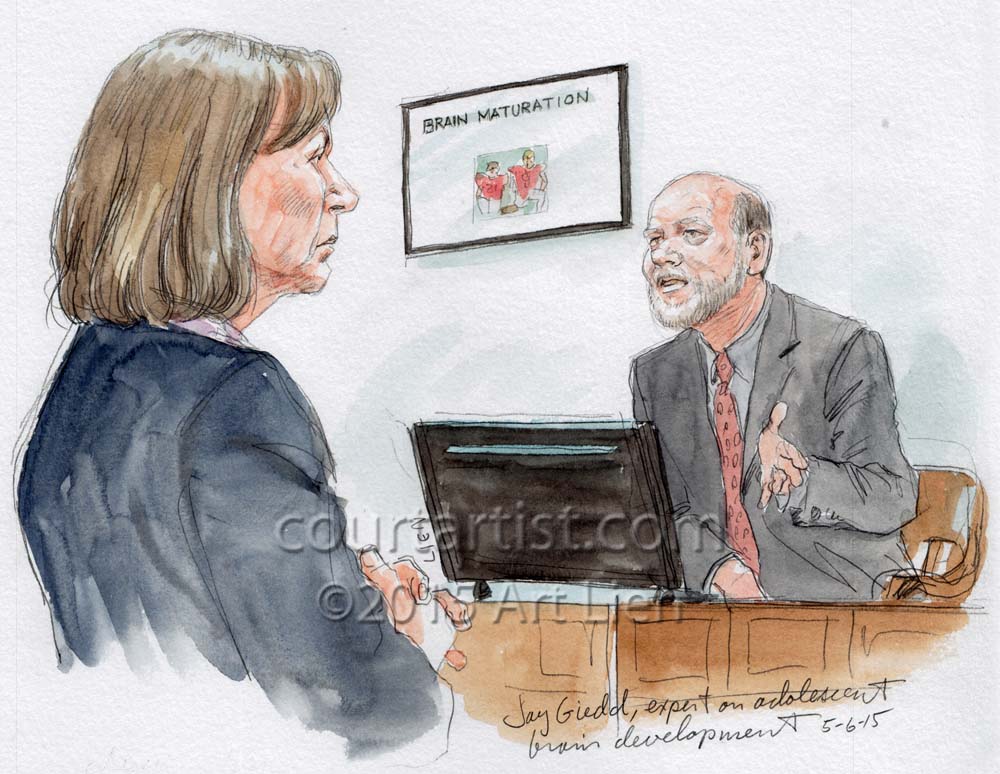 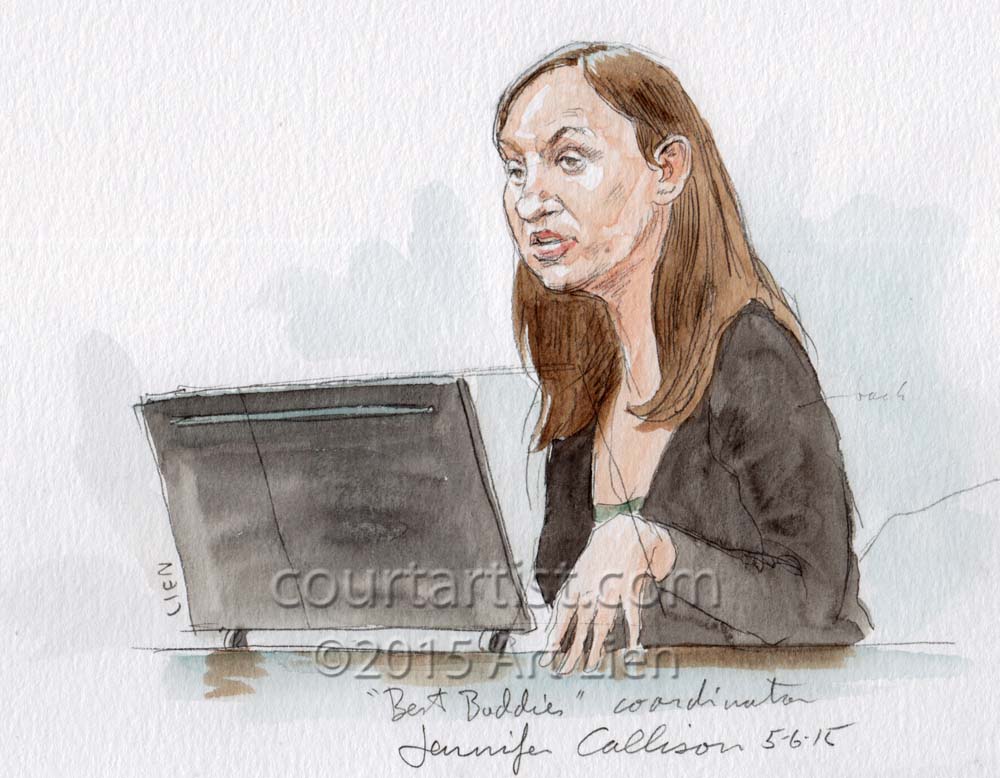 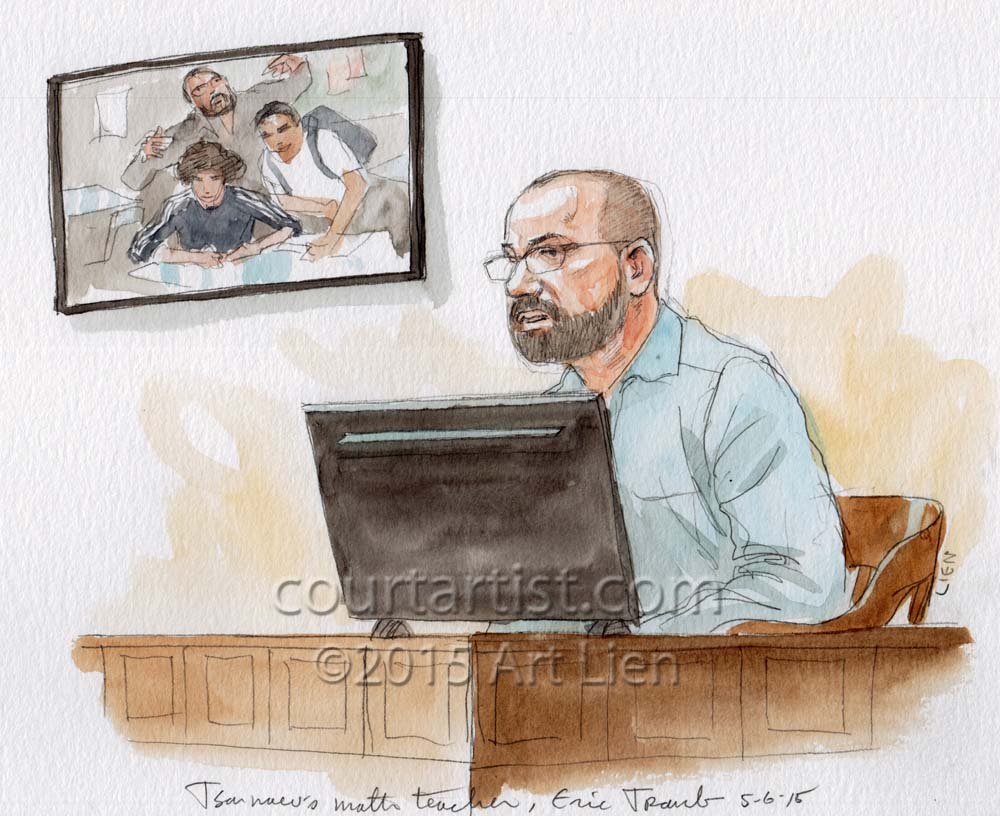 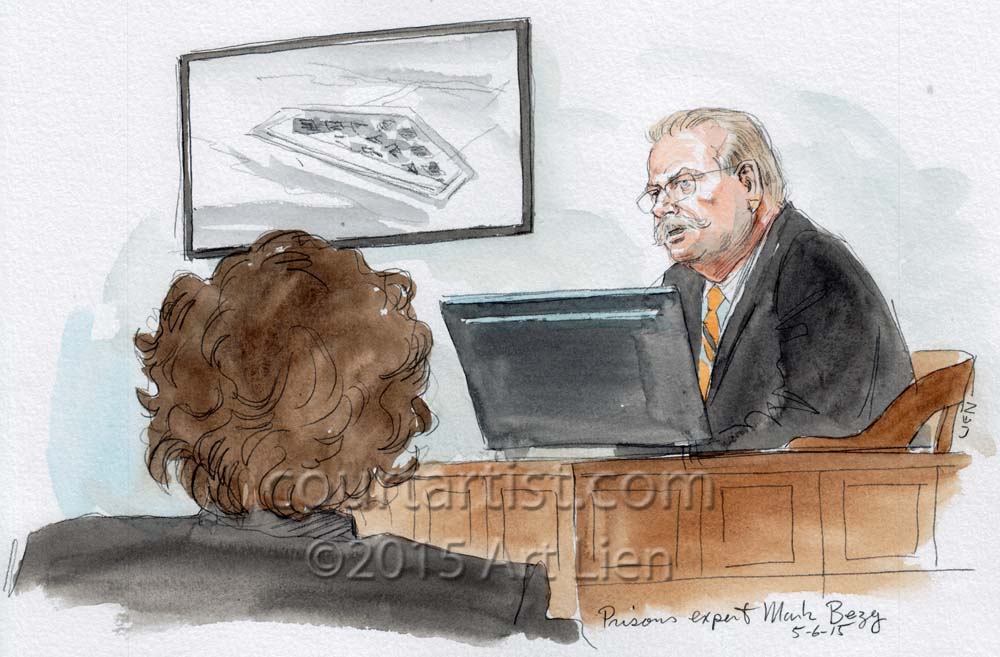 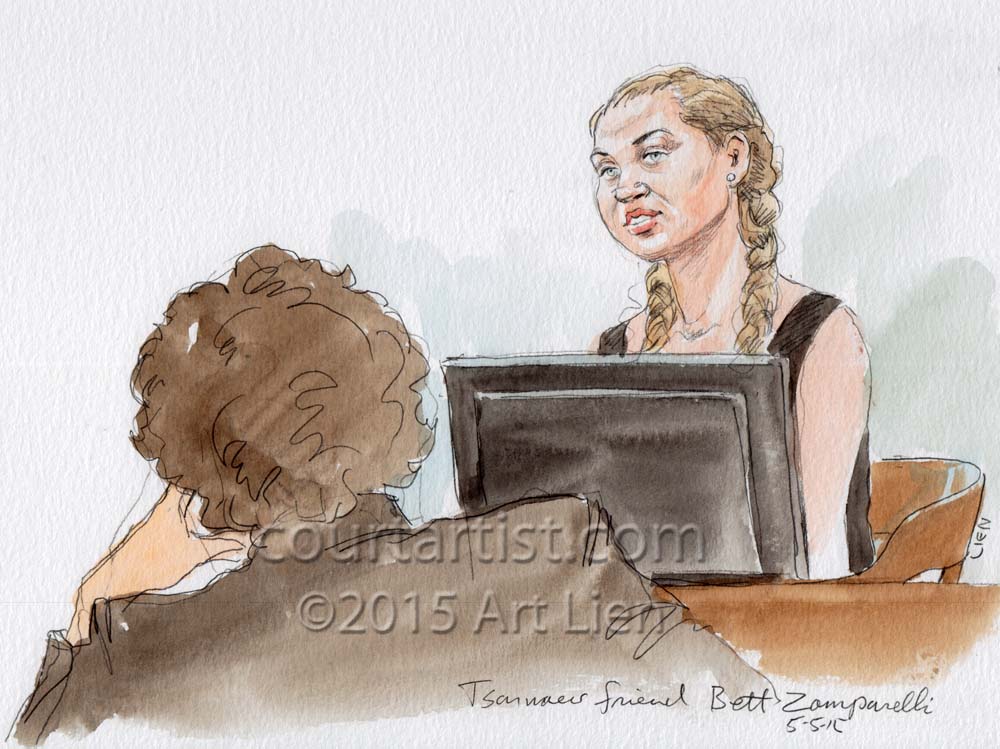 Not a lot happening at the Boston Marathon bombing trial today. We heard from the roommate of Tamerlan’s future wife, a couple of friends of Dzhokhar’s, the owner of a Russian bookstore, a Russian psychiatrist who treated Tsarnaev’s father, a wrestling coach and a Princeton professor who is an expert in all things Chechen. 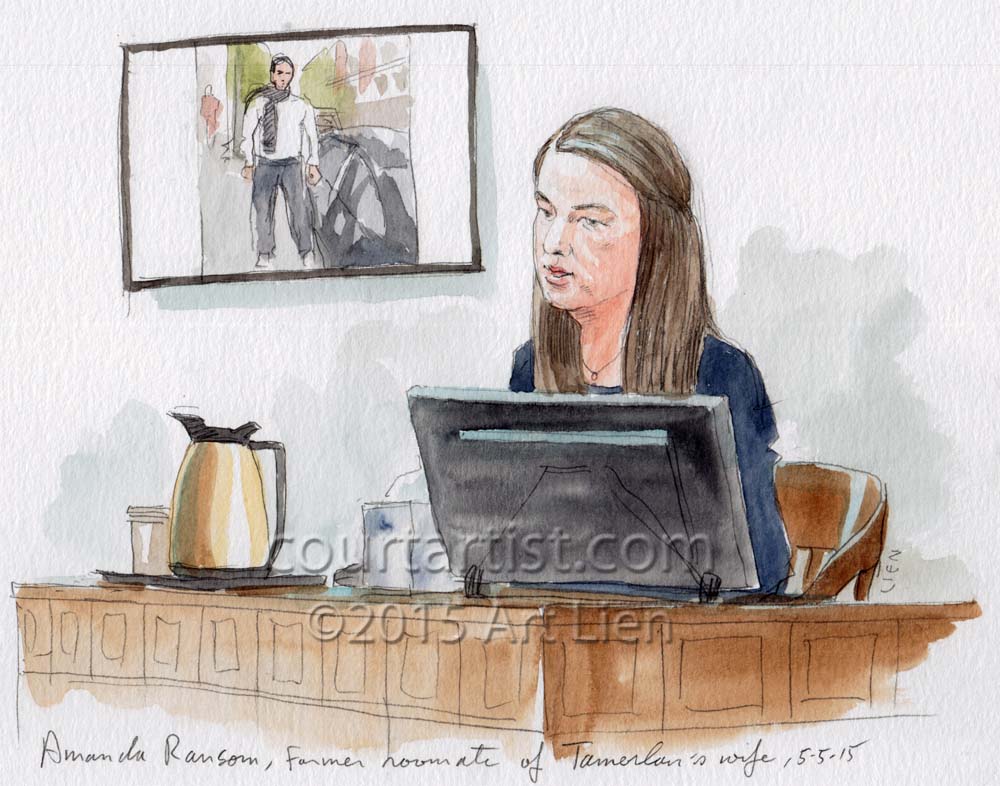 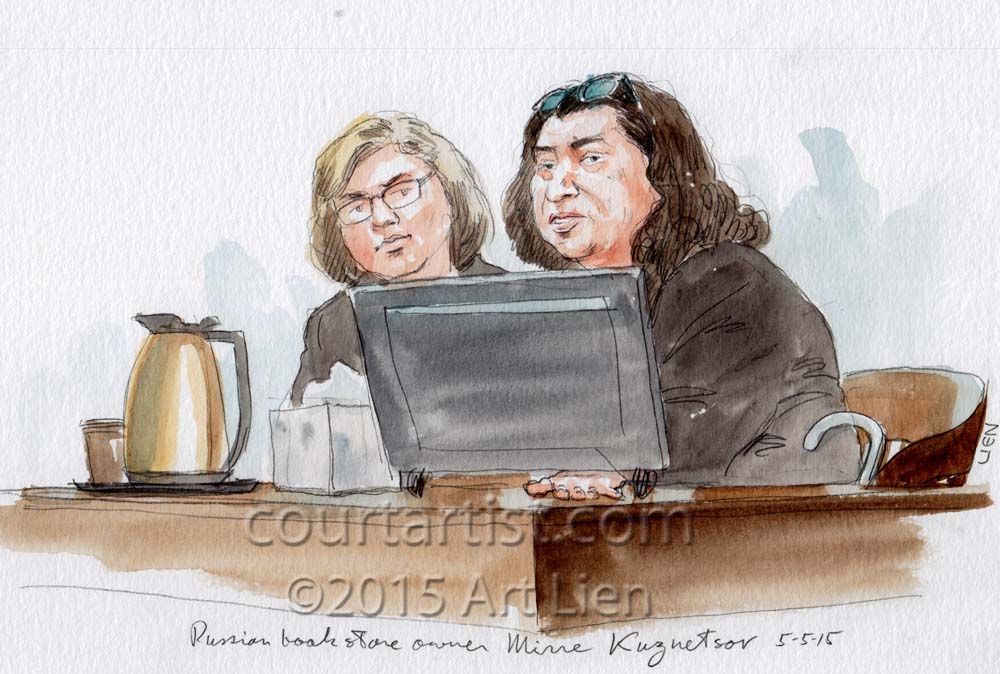 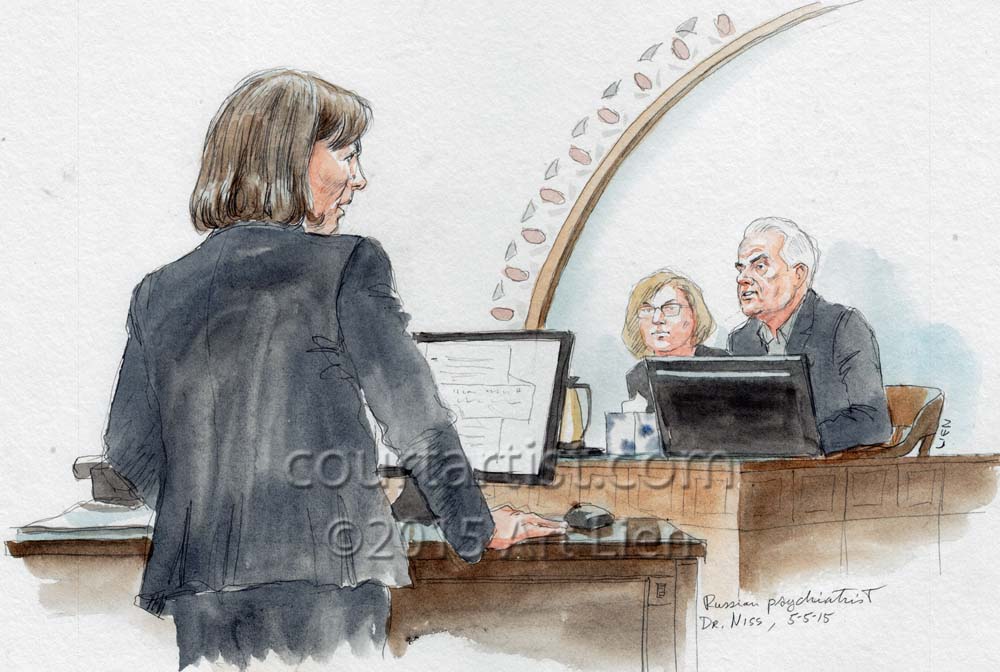 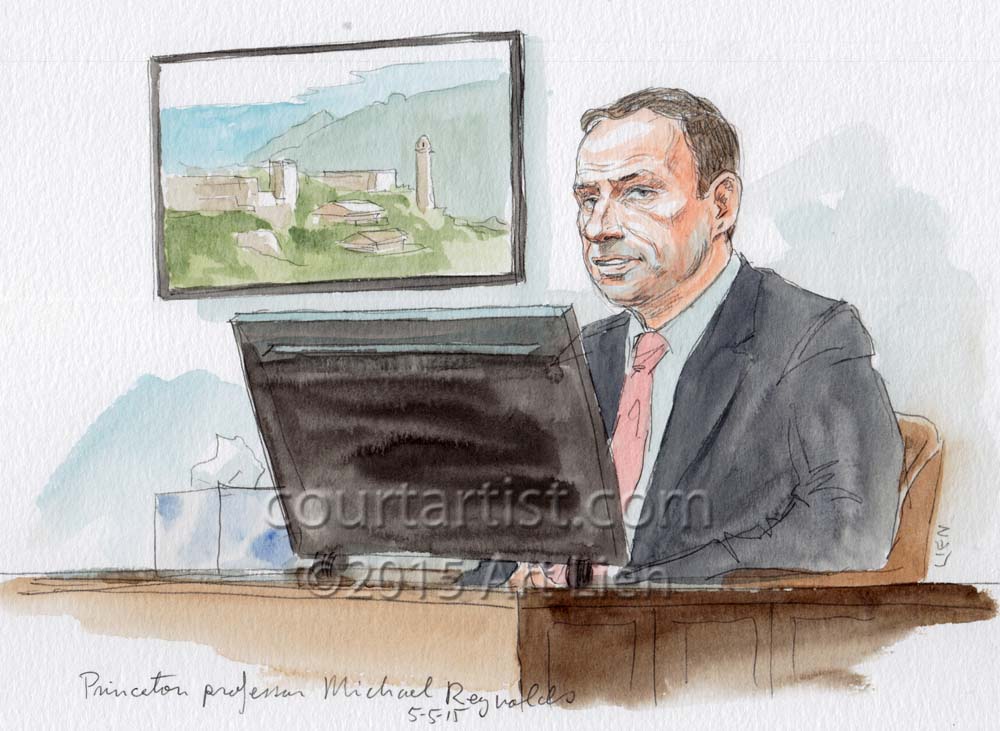 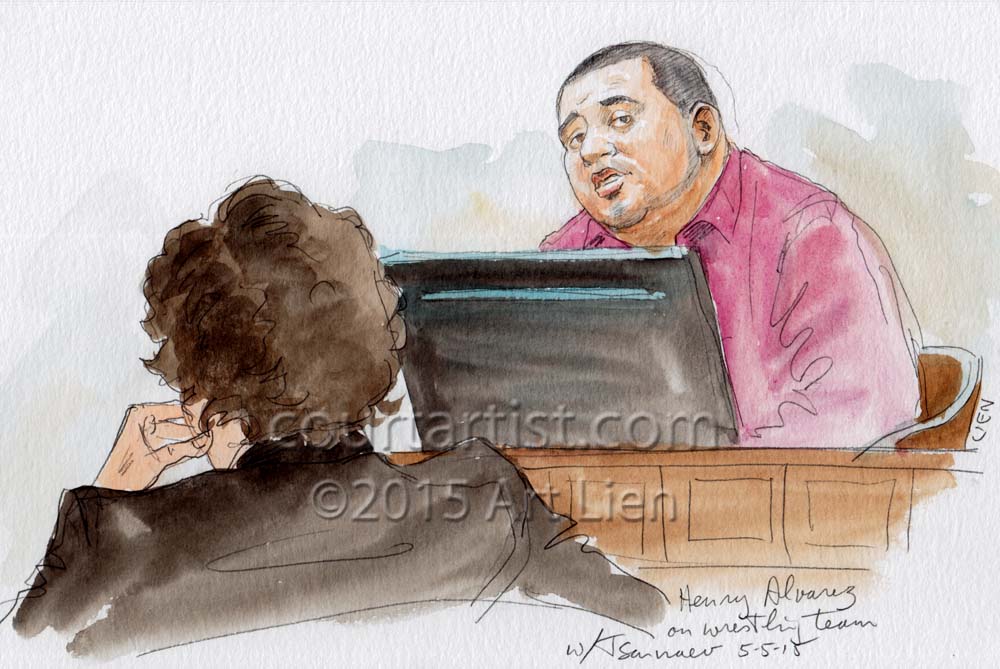 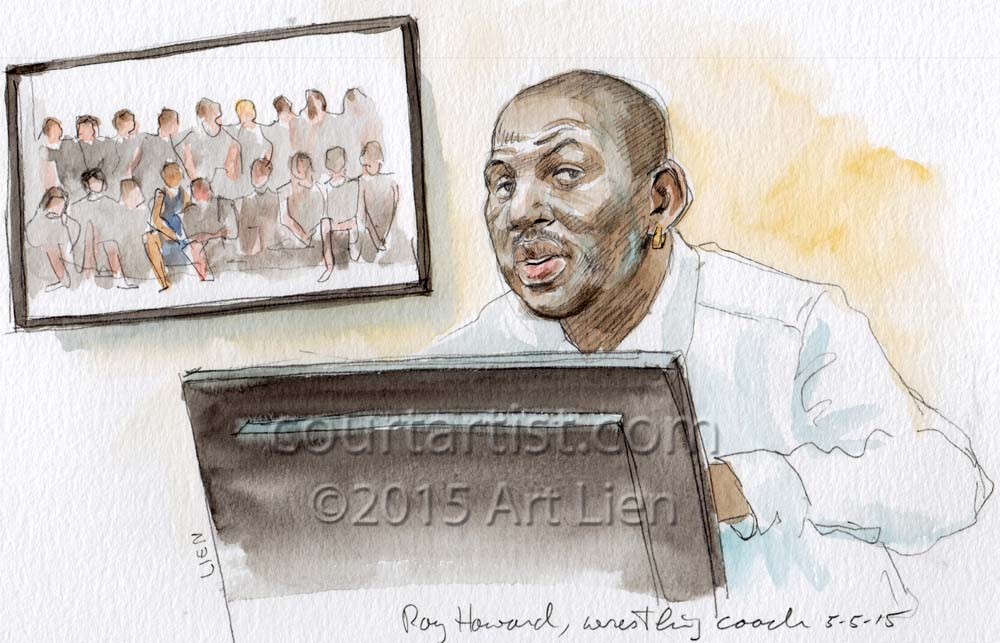 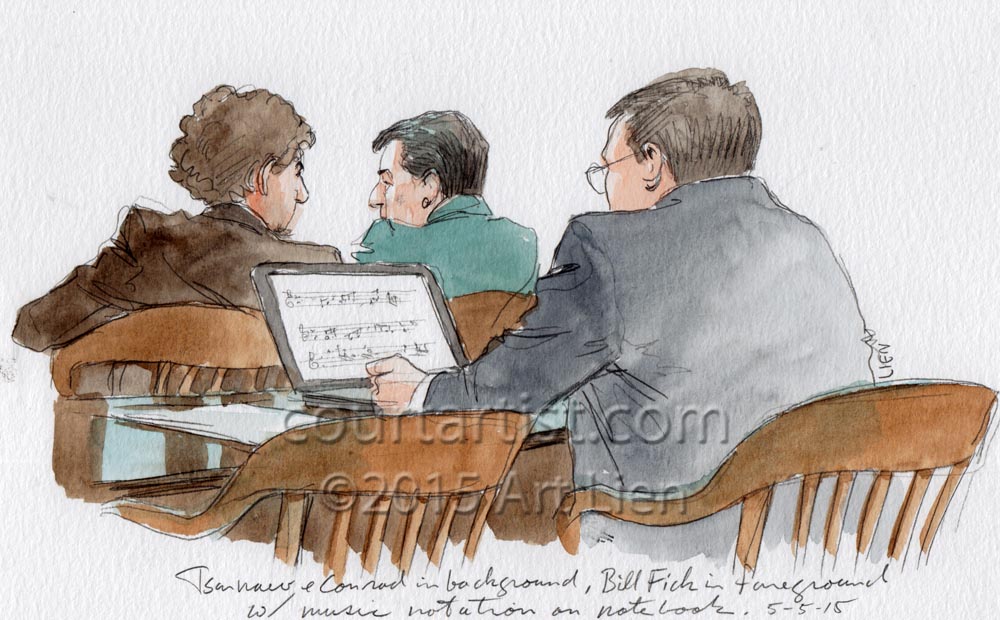 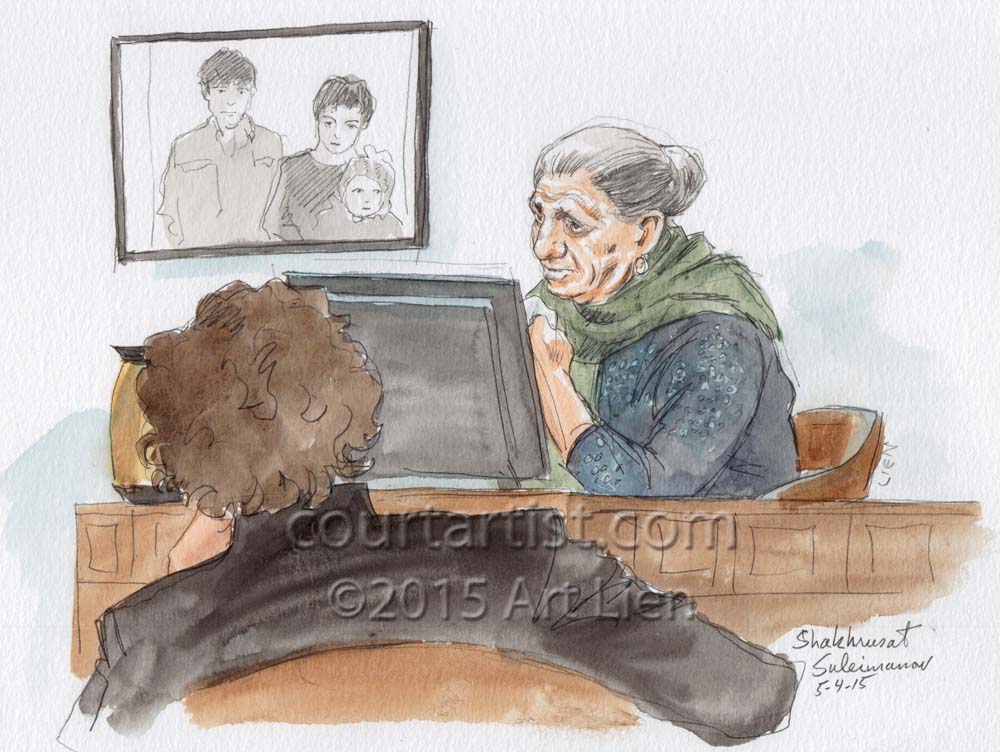 Tsarnaev’s relatives, who arrived from Russia nine days ago, finally took the witness stand today and the testimony was often tearful. Tsarnaev, who  has betrayed not the slightest emotion or hint of remorse during the excruciating testimony of the bombing victims, dabbed his eyes with a tissue when his aged aunt Patimat sobbed so uncontrollably she was unable to testify. 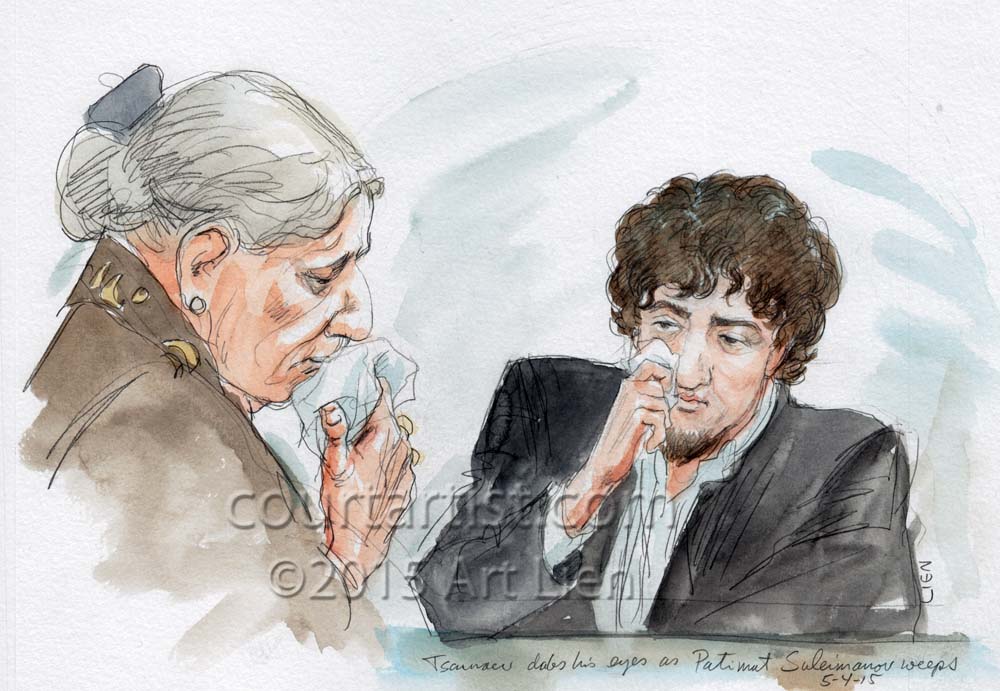 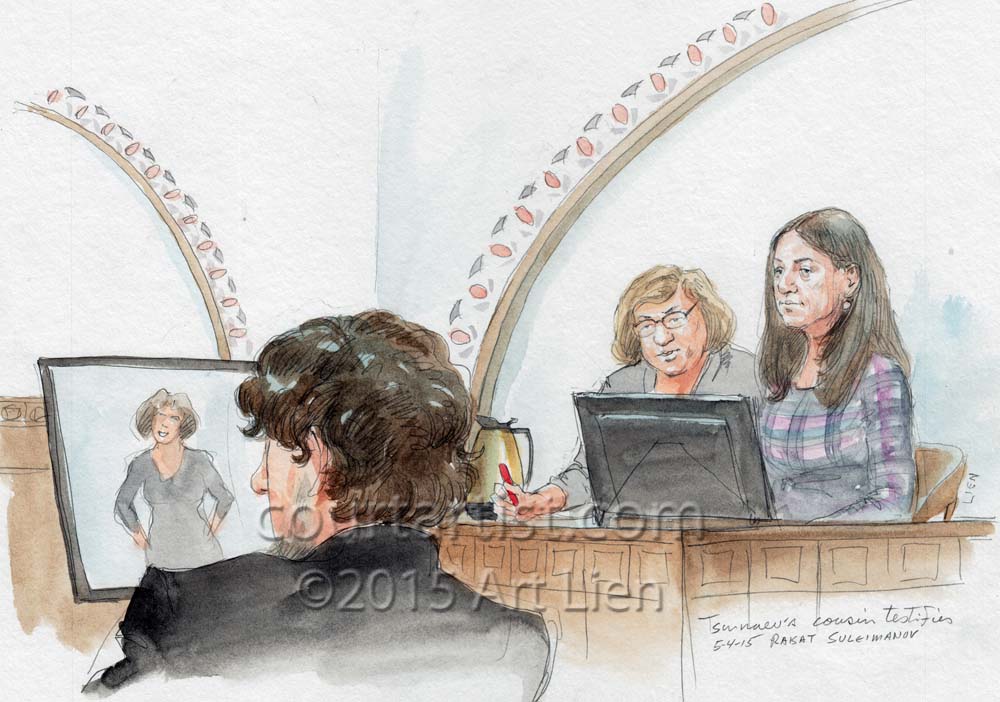 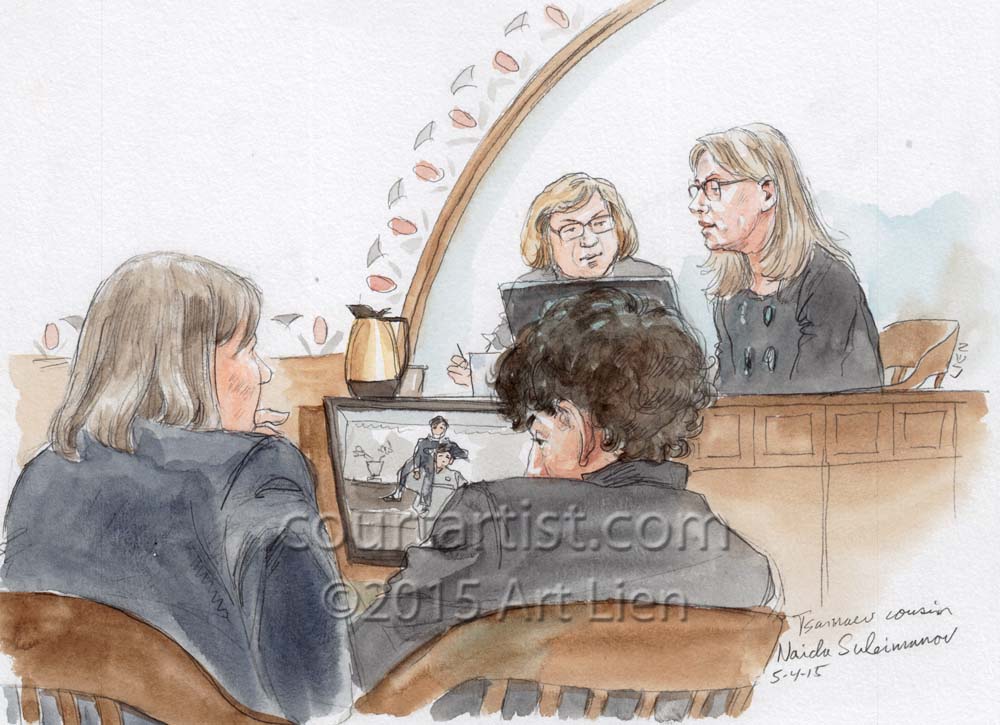 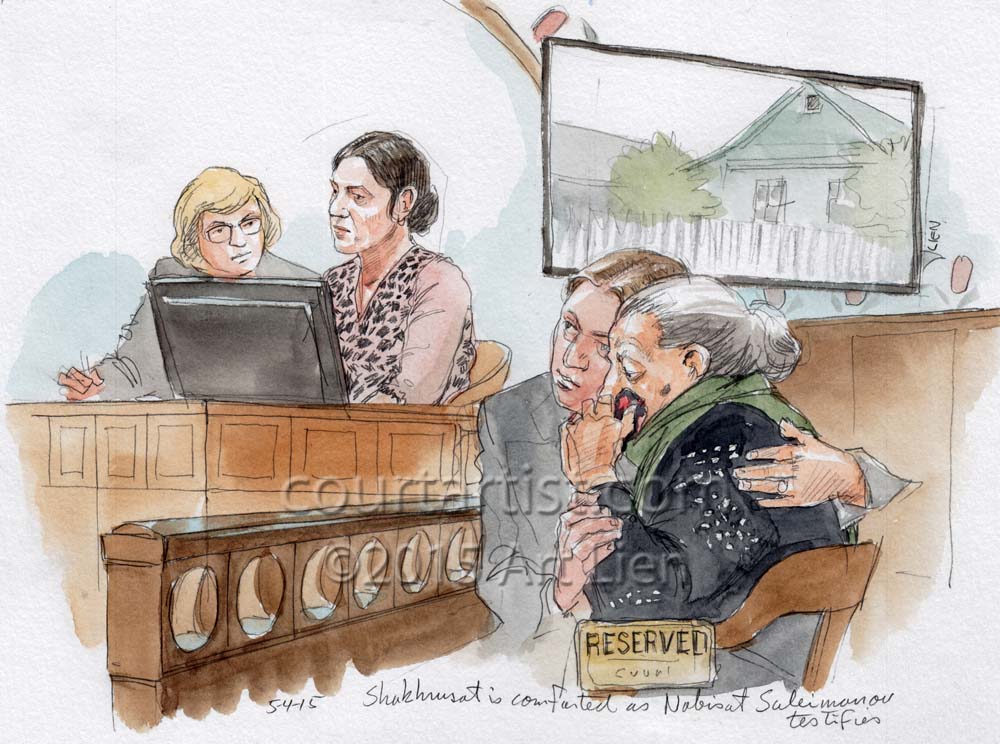 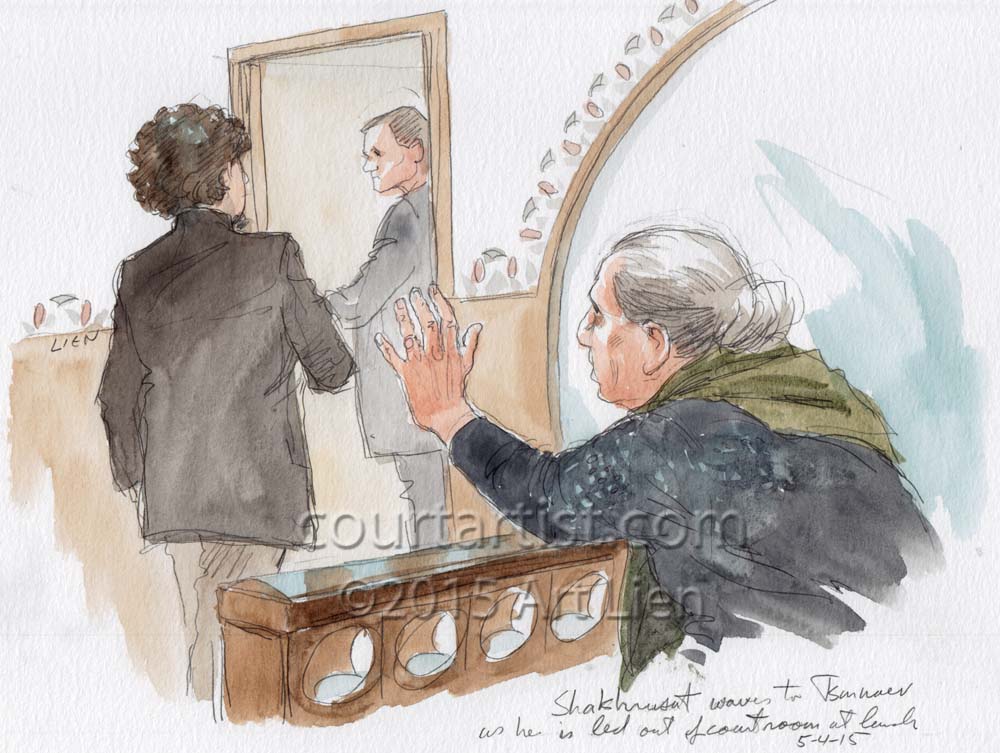 I pity his family, but I’m not sure I have any pity for Dzhokhar.