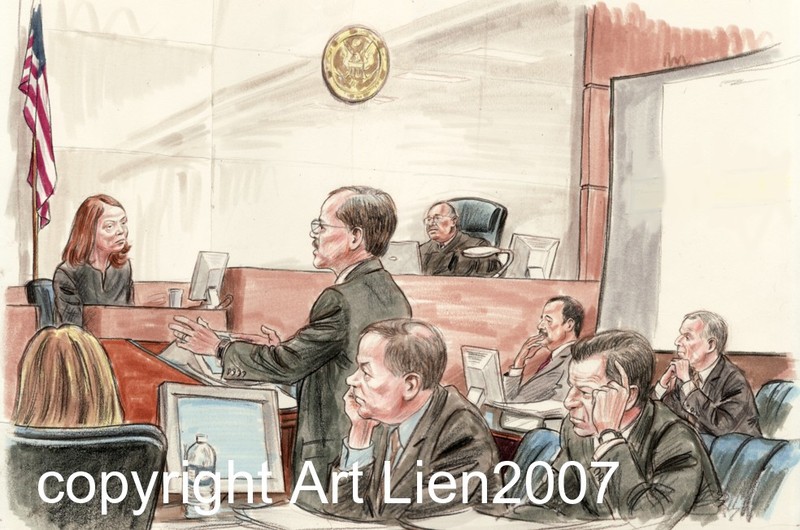 Jill Abramson, the managing editor at the New York Times, took the witness stand for all of five minutes today and said she had no recollection of Judith Miller suggesting to her that the paper do a story on Wilson’s wife’s CIA connection. On cross she was asked if she sometimes did not pay attention Ms Miller, to which she replied: “It’s possible that I sometimes tuned her out.” 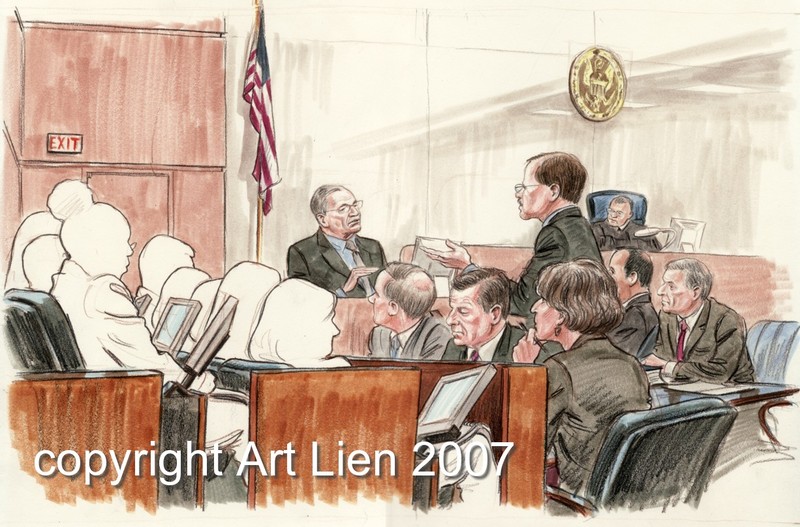 Six journalists were called to the stand today by “Scooter” Libby’s defense. In the sketch Bob Woodward is questioned by LIbby’s attorney William Jeffress. 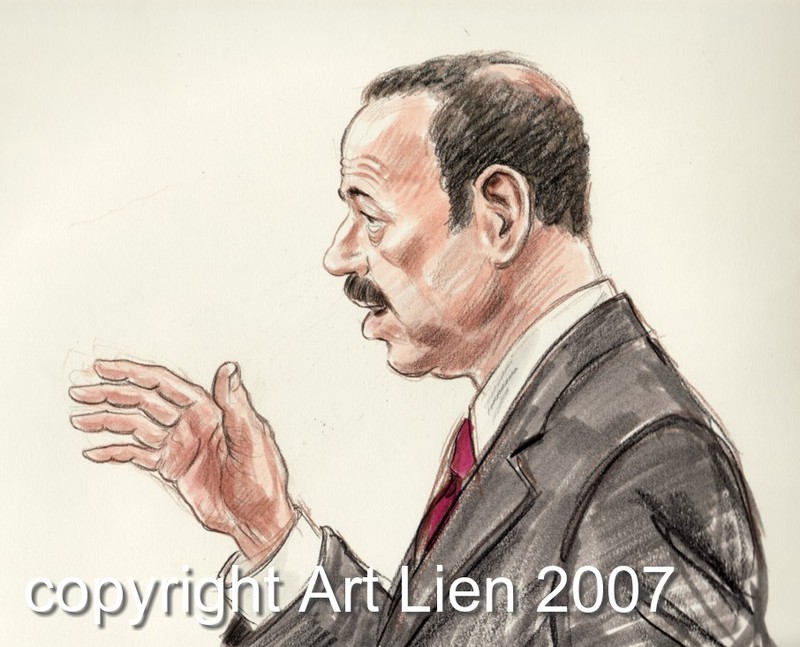 The New York Times has a good profile of Libby’s lead defense attorney; it can be found here. 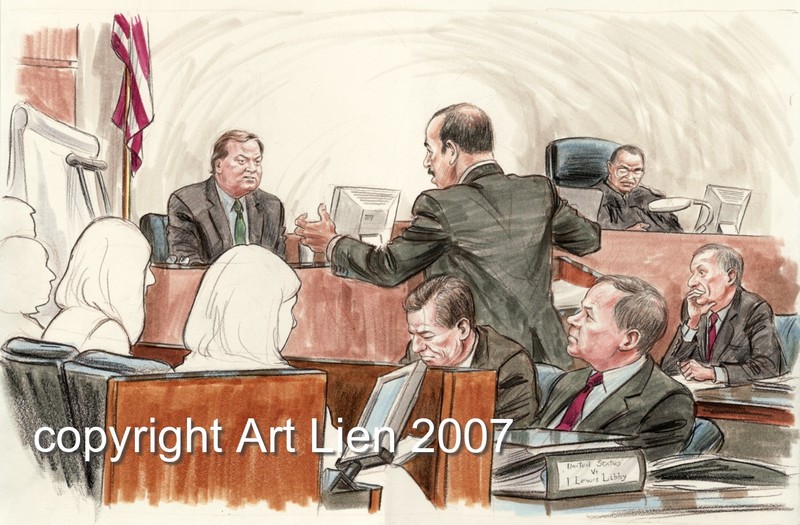 After hours of aggressive questioning by defense attorney Ted Wells testimony from NBC’s Tim Russert came to an end the government rested it’s case against “Scooter” Libby.  The defense will call it’s first witness on Monday. 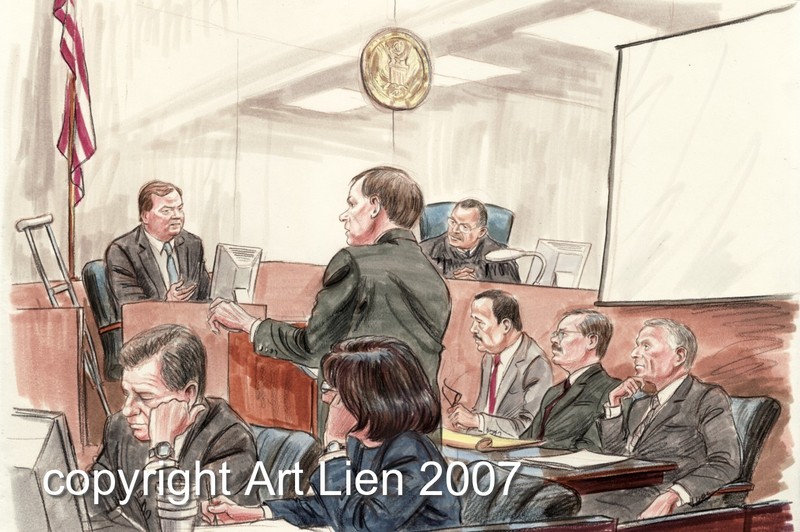 Tim Russert, moderator of Meet The Press and NBC News Washington bureau chief (and my boss) took the stand today as the key witness in the “Scooter” Libby trial. In this sketch Russert is questioned by Special Counsel Patrick Fitzgerald. In the left foreground are Assistant U.S.Attorneys Peter Ziedenberg and ; seated at the defense table in the right background , left to right, are defense attorneys Ted Wells, William Jeffress and Libby.