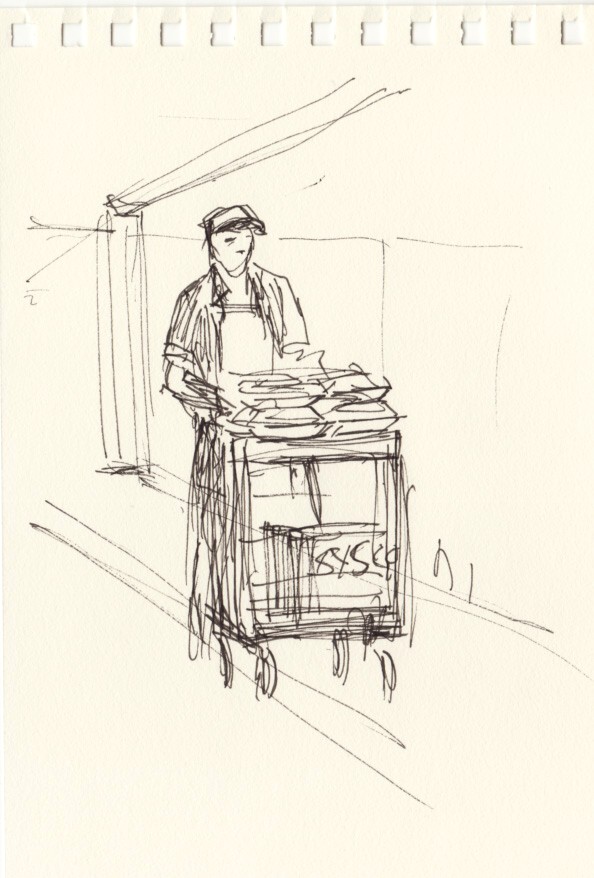 The rest of the story is here.

Waiting for a verdict 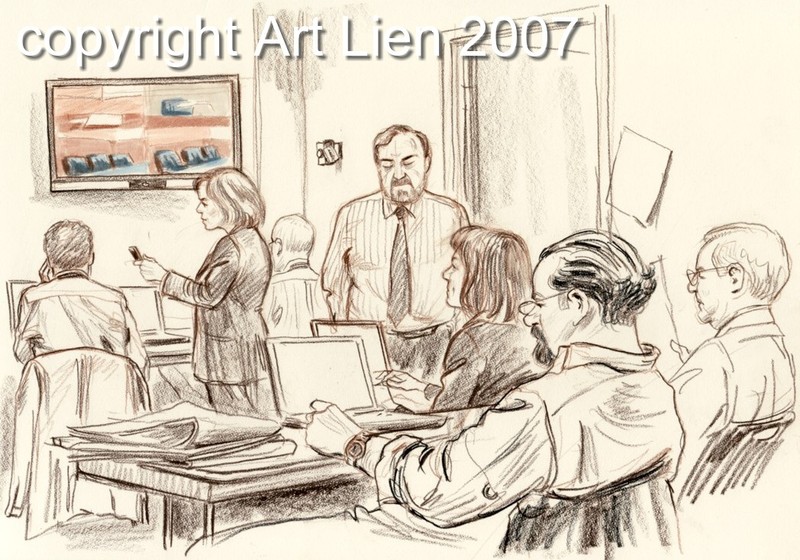 Members of the press covering the “Scooter” Libby trial wait for word from the jury in the Media Room where they can monitor the empty courtroom by closed circuit TV. 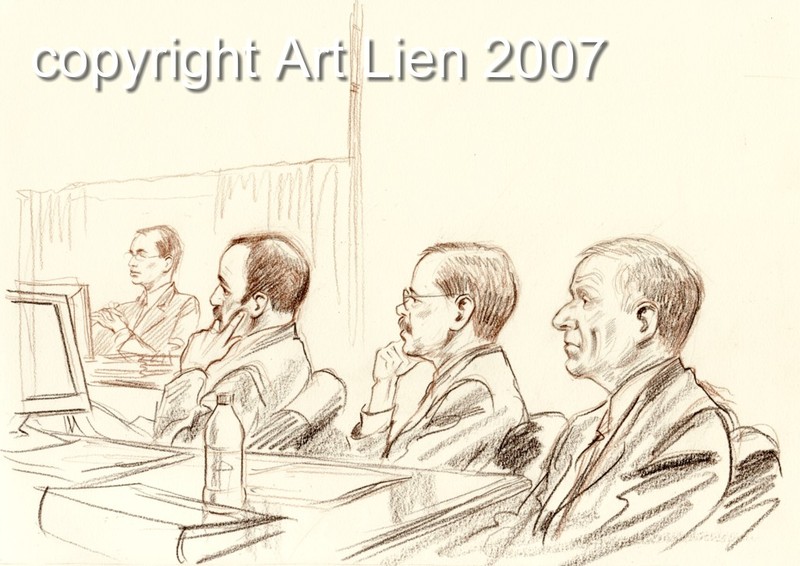 This sketch was done this morning while the judge instructed the jury before they began deliberations. Left to right are: Judge Walton’s clerk Brad Brooker, defense attorneys Ted Wells and William Jeffress, and, far right, “Scooter” Libby. 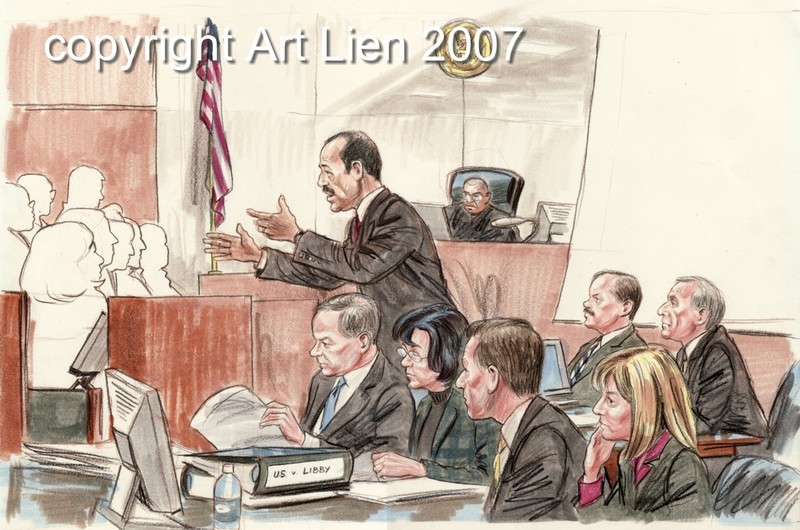 In this sketch Libby’s attorney Ted Wells delivers his closing argument to the jury. “Scooter” Libby is seated in the background, far right, next to another of his attorneys, William Jeffress; the goverment’s table is in the foreground. 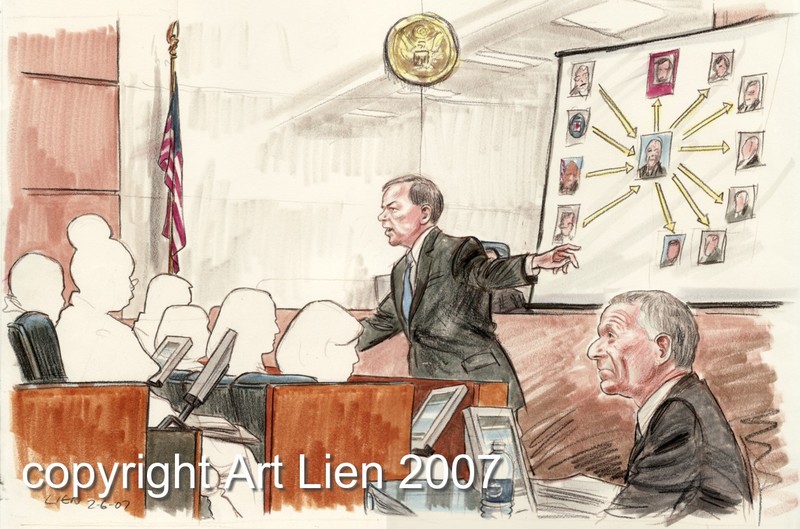 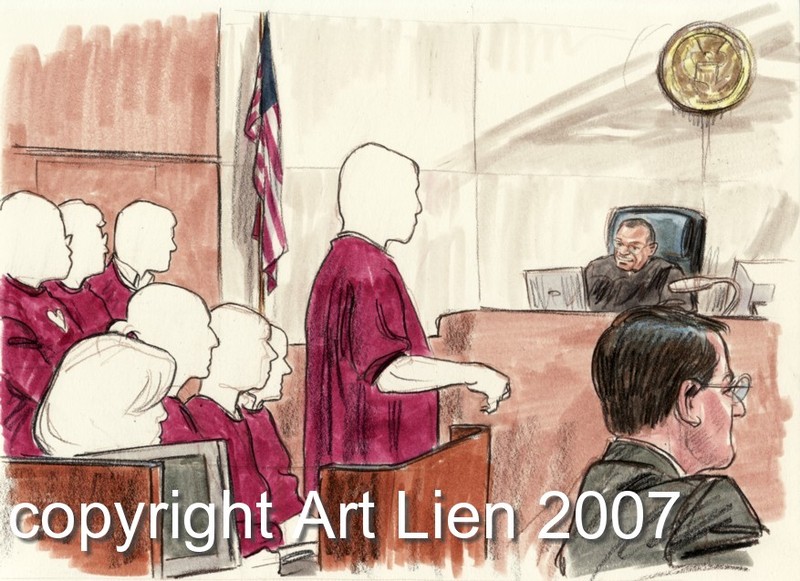 The Jury in the “Scooter” Libby trial came into the courtroom, all but one, wearing red T-shirts with cutout white paper hearts stuck on in honor of Valentine’s Day. One of the jurors, a math school teacher from North Carolina who has on at least two occasions shown the Judge photos of his grandkids, stood up and made a little speech. My bet is that he’ll become the jury foreman; and the one juror who didn’t put on a red tee? surely the likely holdout when it comes to a verdict. She’s an Art curator.

AP story, along with Dana Verkouteren’s sketch, can be found here.

Slate has the story here.