Notes from the jury 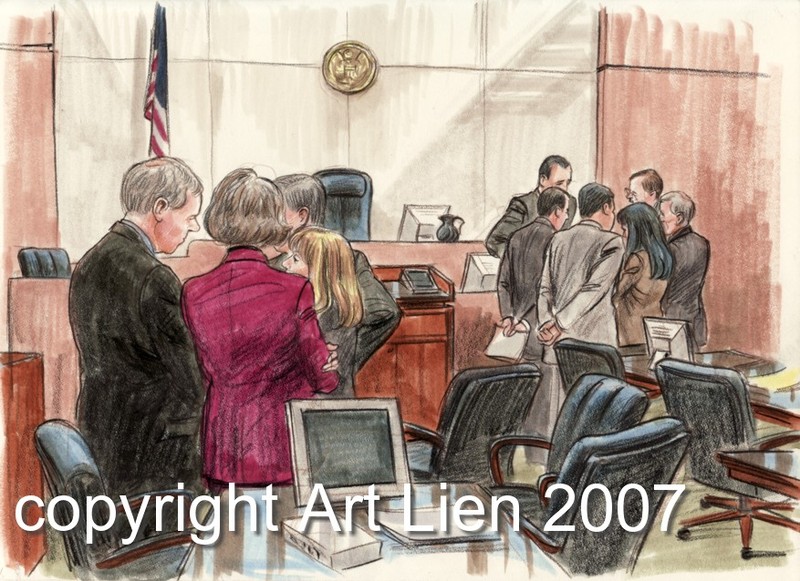 The jury in the Scooter Libby sent out notes containing two questions before they  recessed on Friday.  The above sketch shows the lawyers for the government, in the left foreground, and the defense, right background, huddling to discuss how Judge Walton ought to reply from their respective interests. 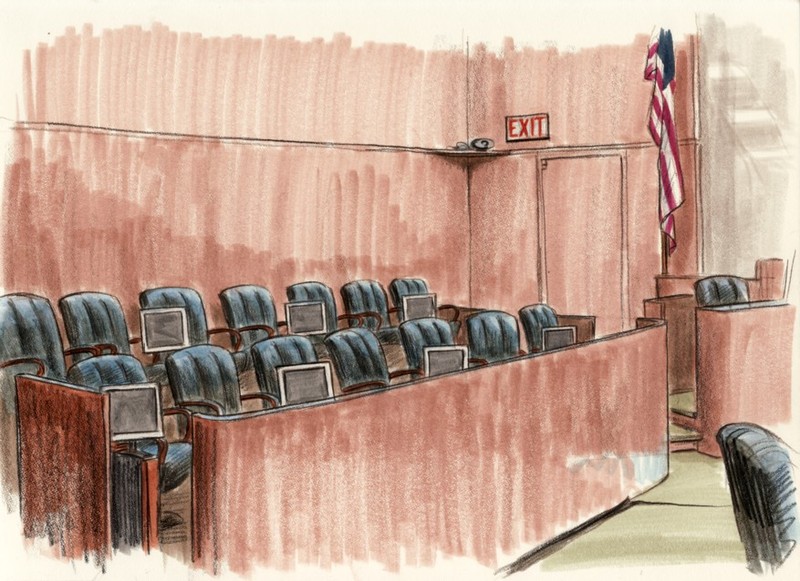 The last note from the jury was not encouraging: “We would like another big Post-it pad.  The large one for the easel.” (someone thought it read ‘the foreperson is a weasel’)

The AP’s Matt Apuzzo has the story here. 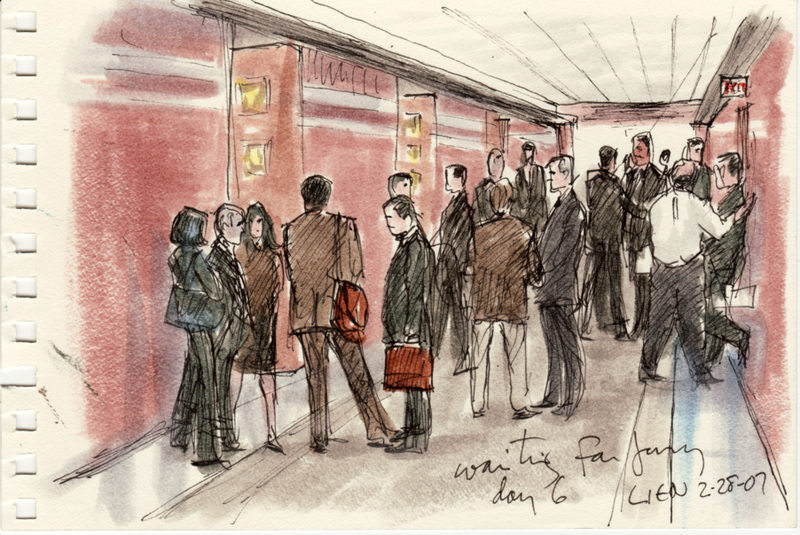 Last evening we were notified that the jury had sent out a note with a question. This was the scene this morning as everyone waited in the hallway for the courtroom to be opened at the conclusion of an unrelated, sealed matter.

The questioned was about count three, concerning a conversation Libby had with Matt Cooper, but before the judge could reply the jury said never mind. 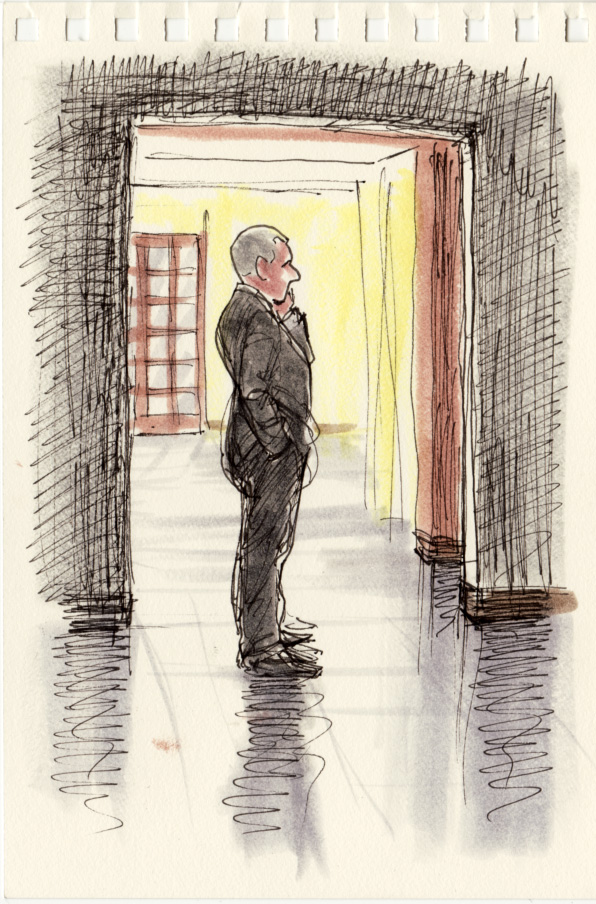 As the jury deliberates behind closed doors reporters, lawyers, friends and the curious paced the sixth floor hallway.  I saw Libby framed in the doorway to the sunny new courthouse annex talking on his cell-phone. 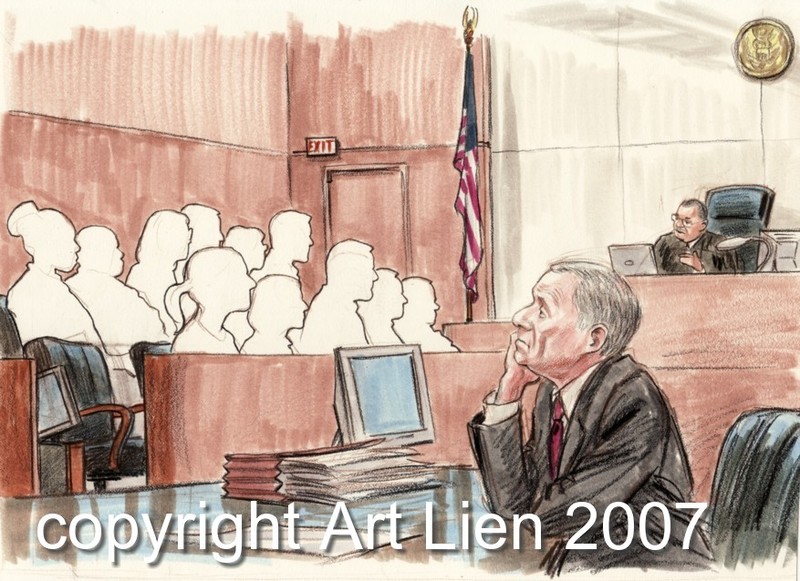 The Libby jury is now down to eleven not too angry men and women after one of the jurors was exposed, innocently the judge said, to outside information.

The dismissed juror, described by some as the haughty Grand Dame, is a retired curator of prints and drawings at the Metropolitan Museum of Art with a patrician manner and a peculiarity of speech where she slowly, enunciates, every, word, she, utters. She was also the sole juror who did not don a red, heart emblazoned tee-shirt for Valentine’s day.

The feeling among the court watchers is that deliberations may move along more expeditiously now that she is gone.