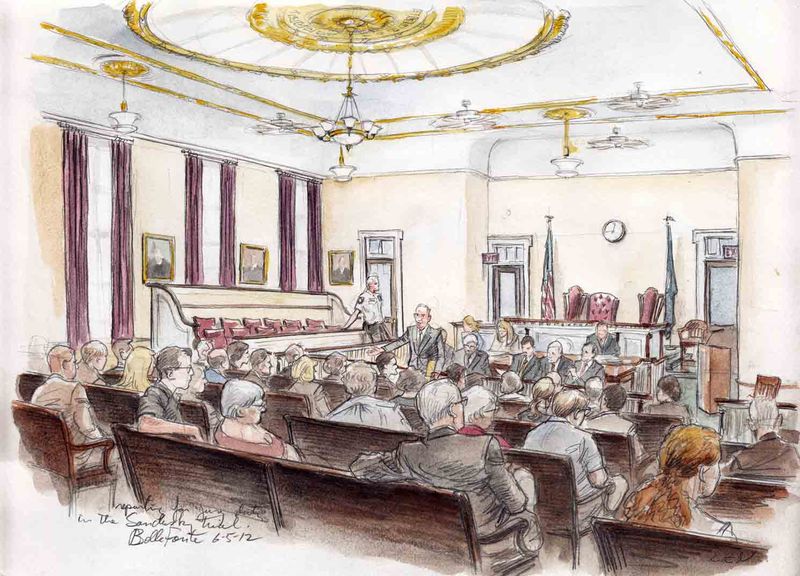 This morning there was speculation about the need to bring in jurors from neighboring counties if enough qualified jurors could not be found in the present pool, but by the end of the day nine jurors had already been picked and and each side had only two or three strikes left. That means it’s likely we will have our twelve jurors and four alternates sometime tomorrow, or Thursday at the latest. 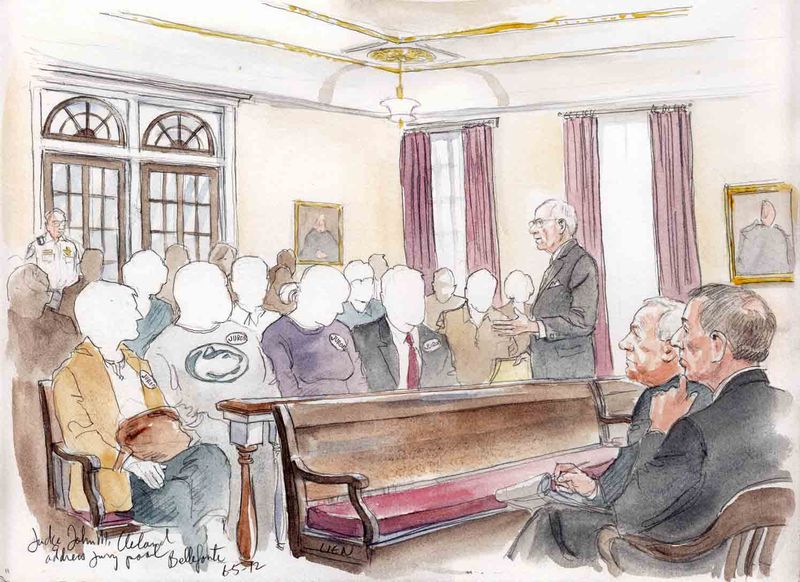 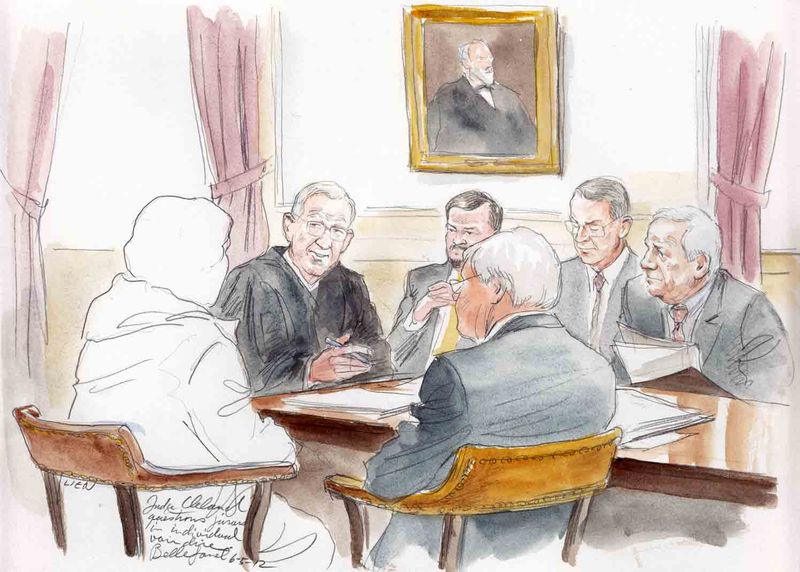 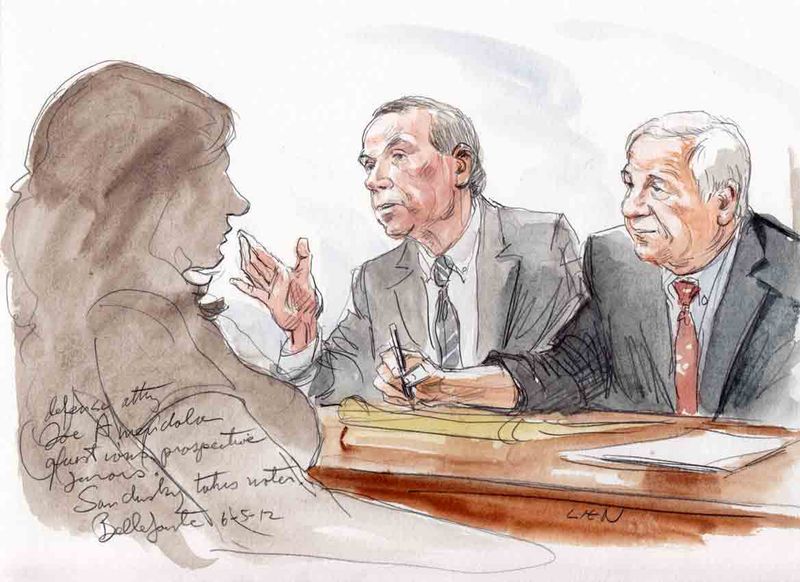 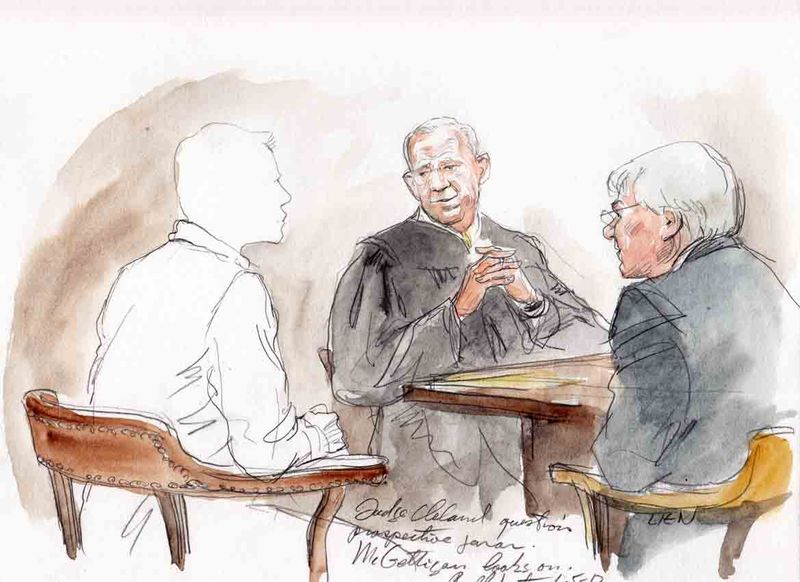 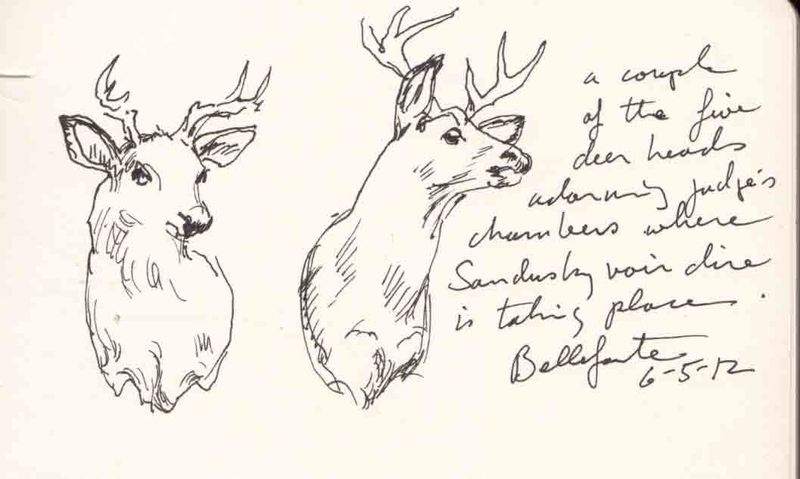 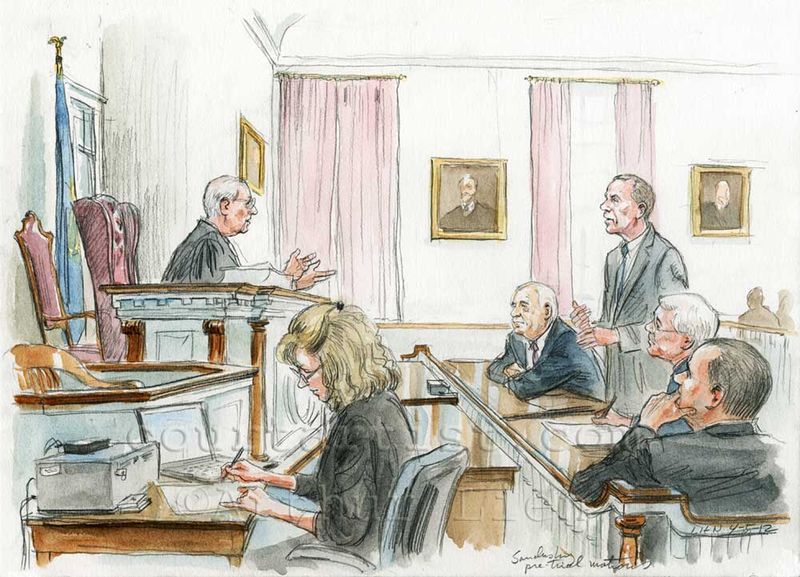 Not much happened in the courtroom during the twenty minute hearing. Judge Cleland later met with the lawyers in chambers to discuss scheduling. The shorter the hearing the harder rhe drawing. 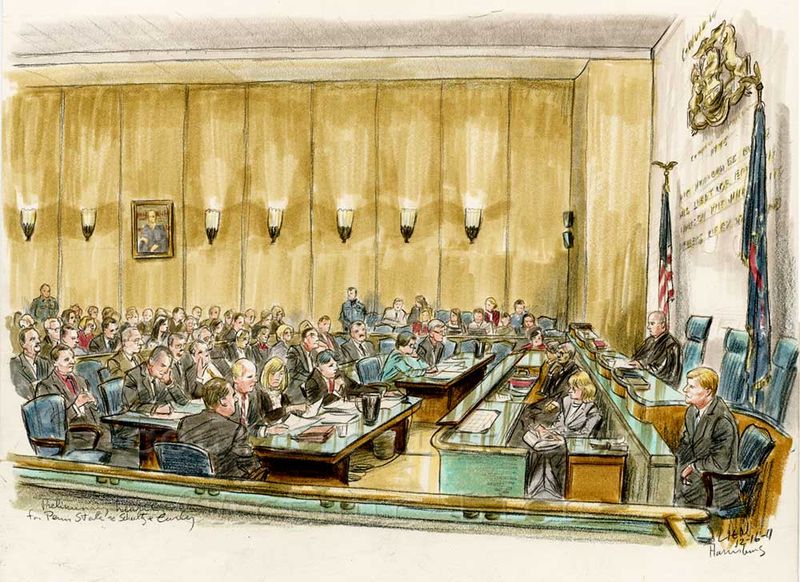 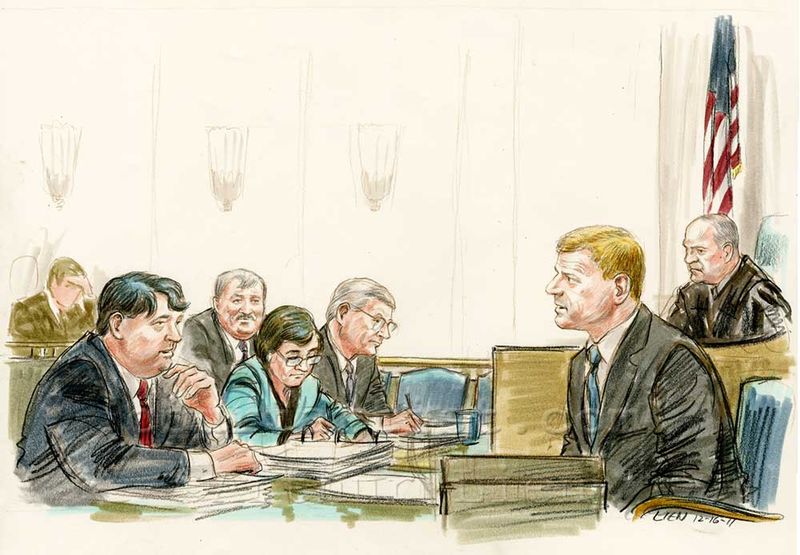 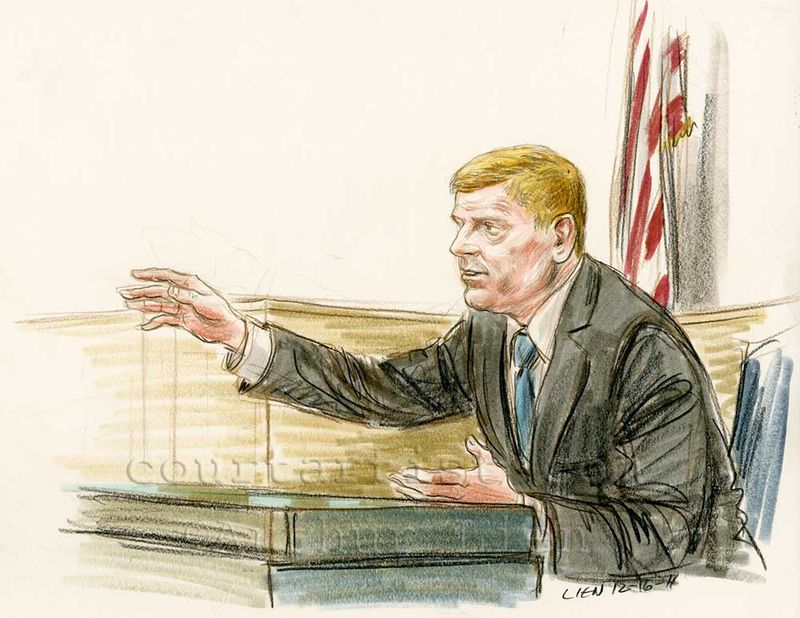 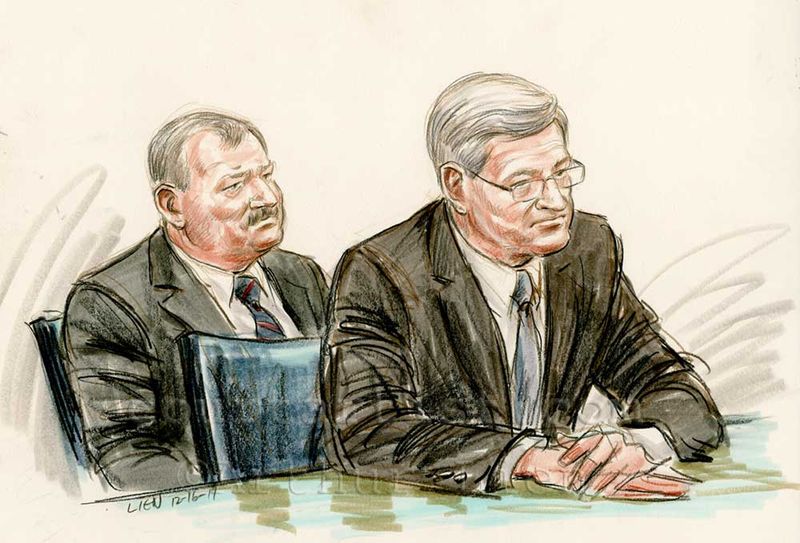 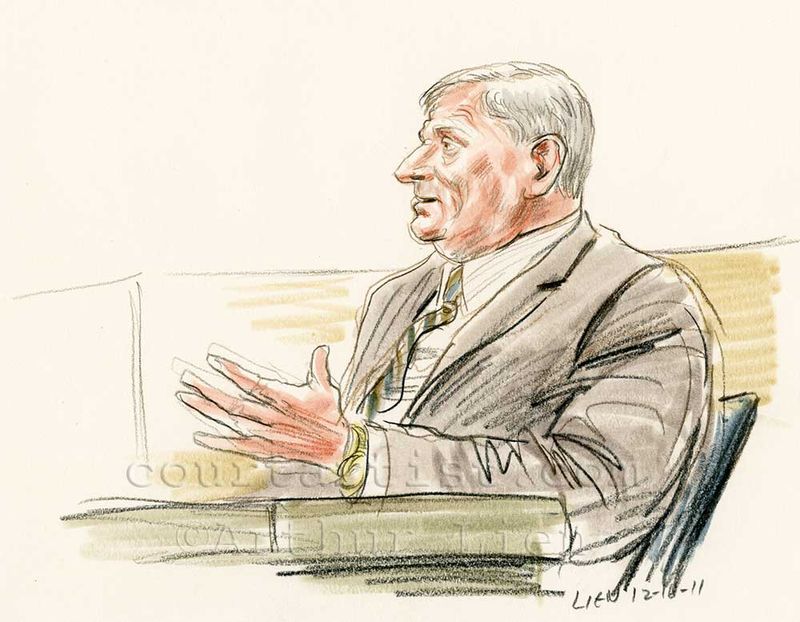 Sandusky Will Face His Accusers Another Day

In a crowded ornate courtroom Jerry Sandusky told Judge Robert E. Scott that he wished to waive the preliminary hearing where some of his accusers were prepared to testify. 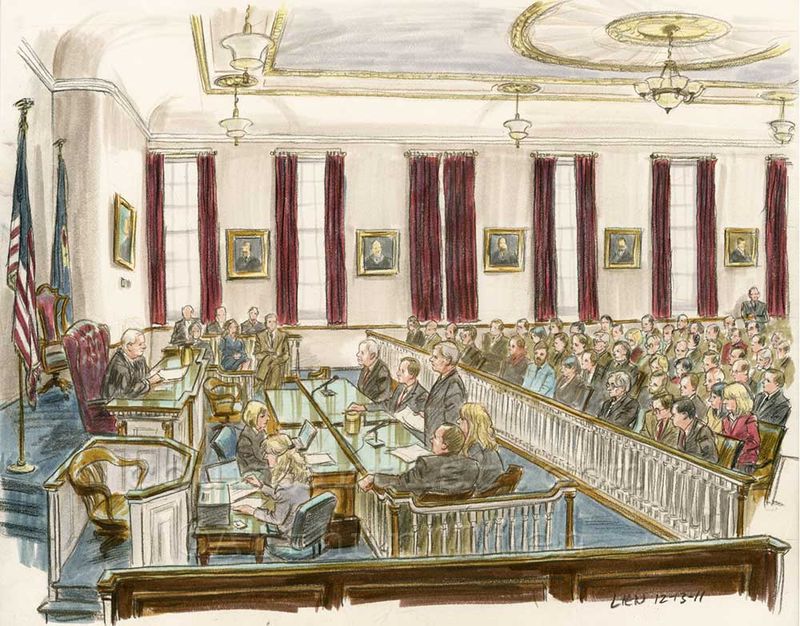 These are a few sketches from his short appearance in court. 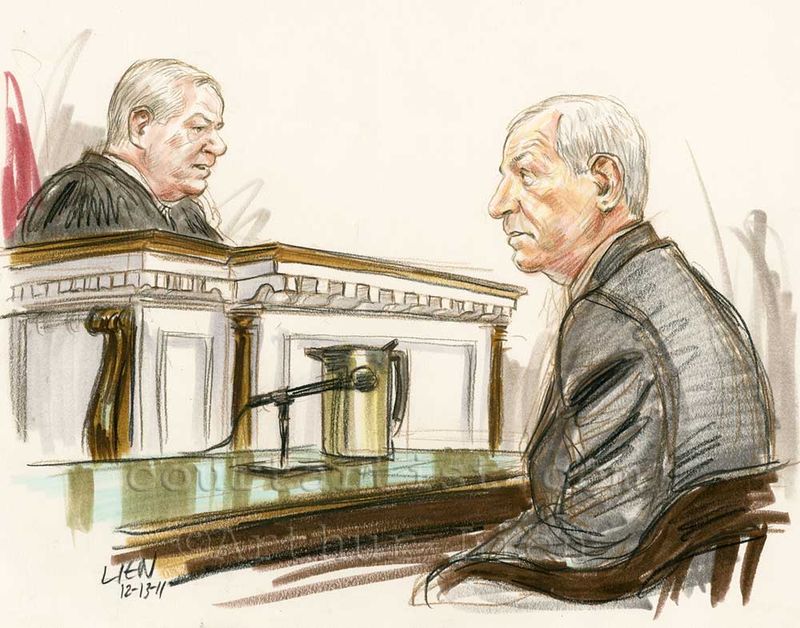 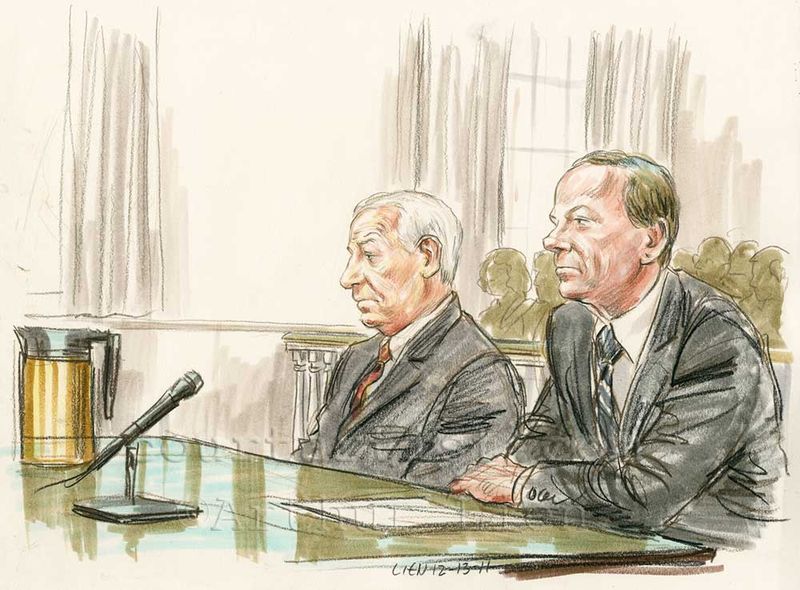 And you can read about it here.