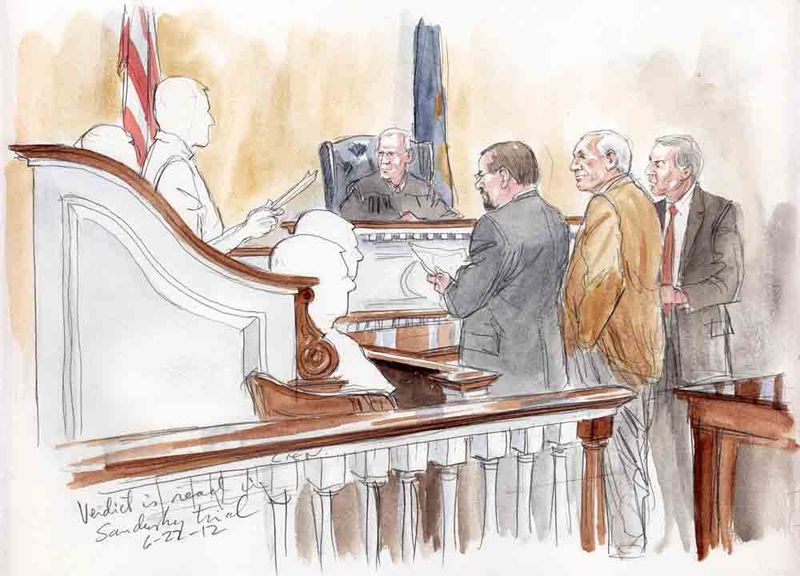 The first three sketches were done as the verdict was read in the courtroom . . . .

. . . . and are pretty sketchy. It was late and, apart from Sandusky, there was alot of emotion. 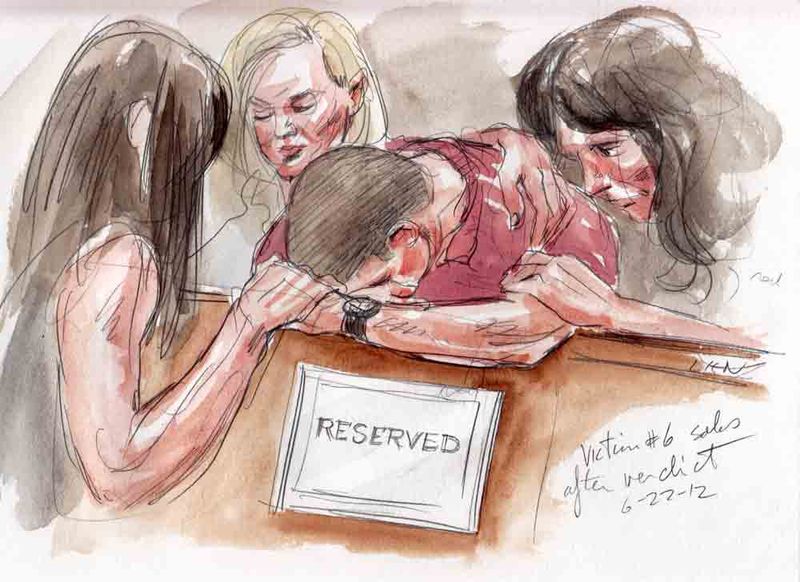 This last sketch is from earlier in the day when the jury asked to hear part of the the judge’s instructions over again. 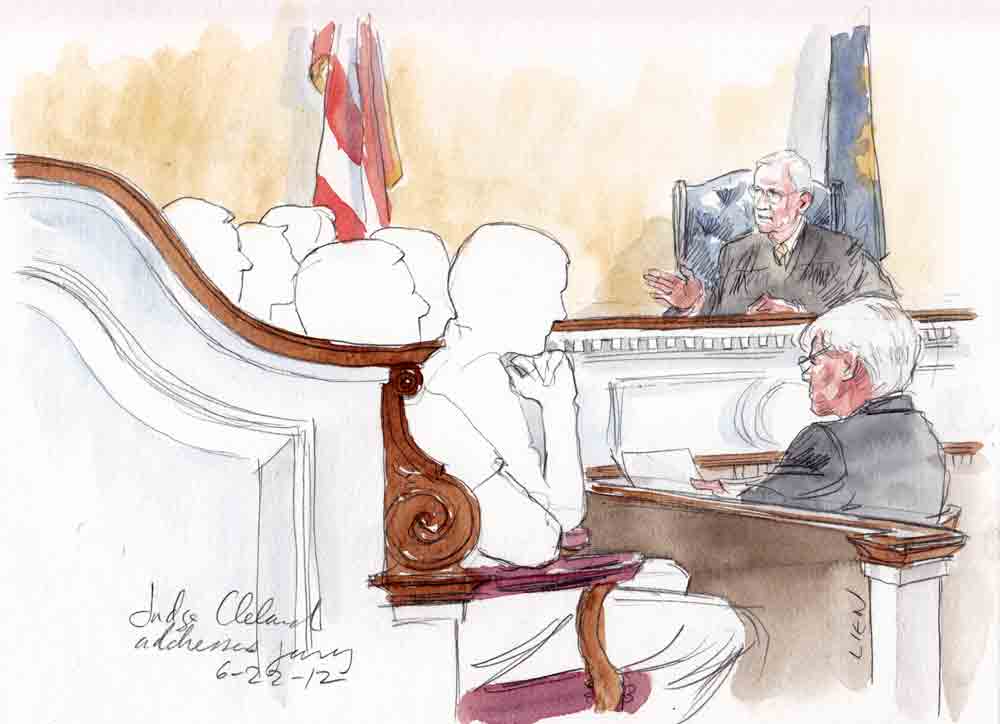 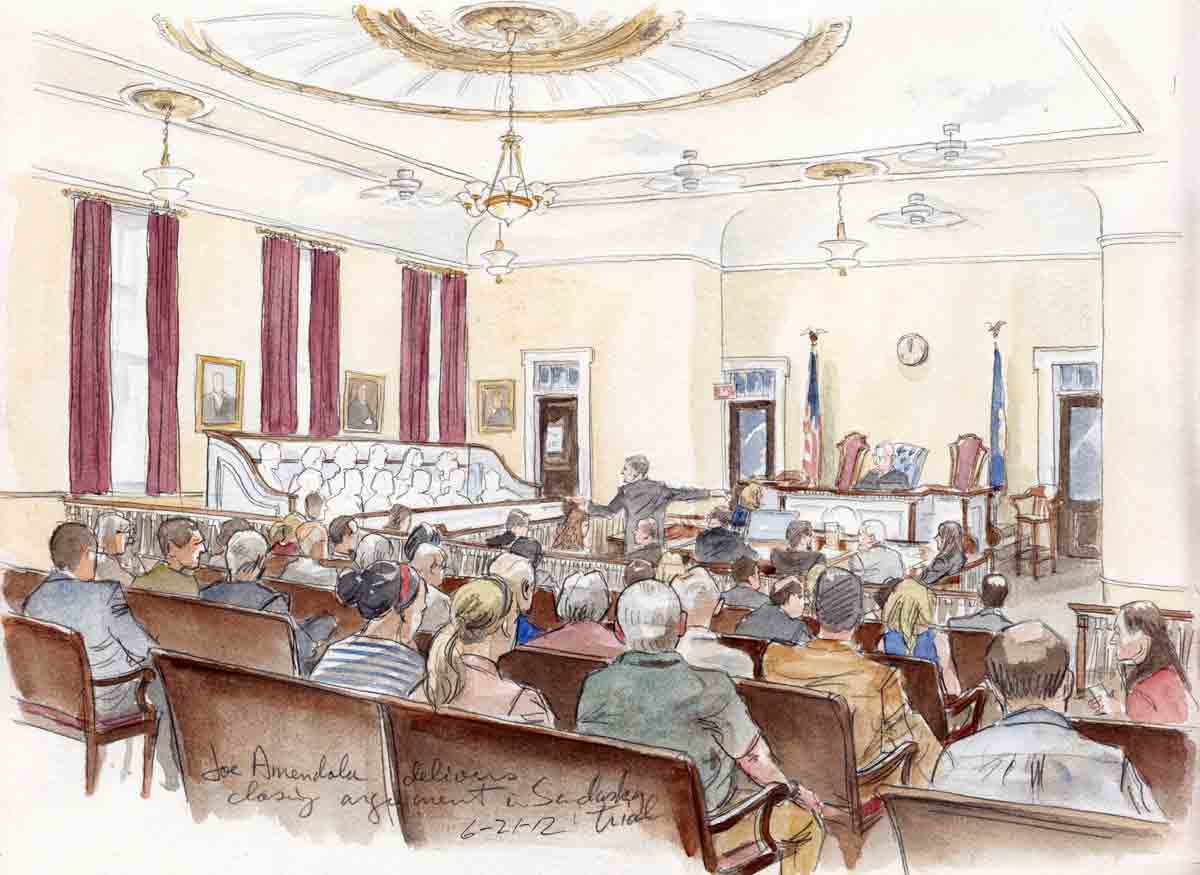 Today the jury in the Sandusky trial heard closing arguments from the lawyers, and was charged by the judge. The sketches are below. 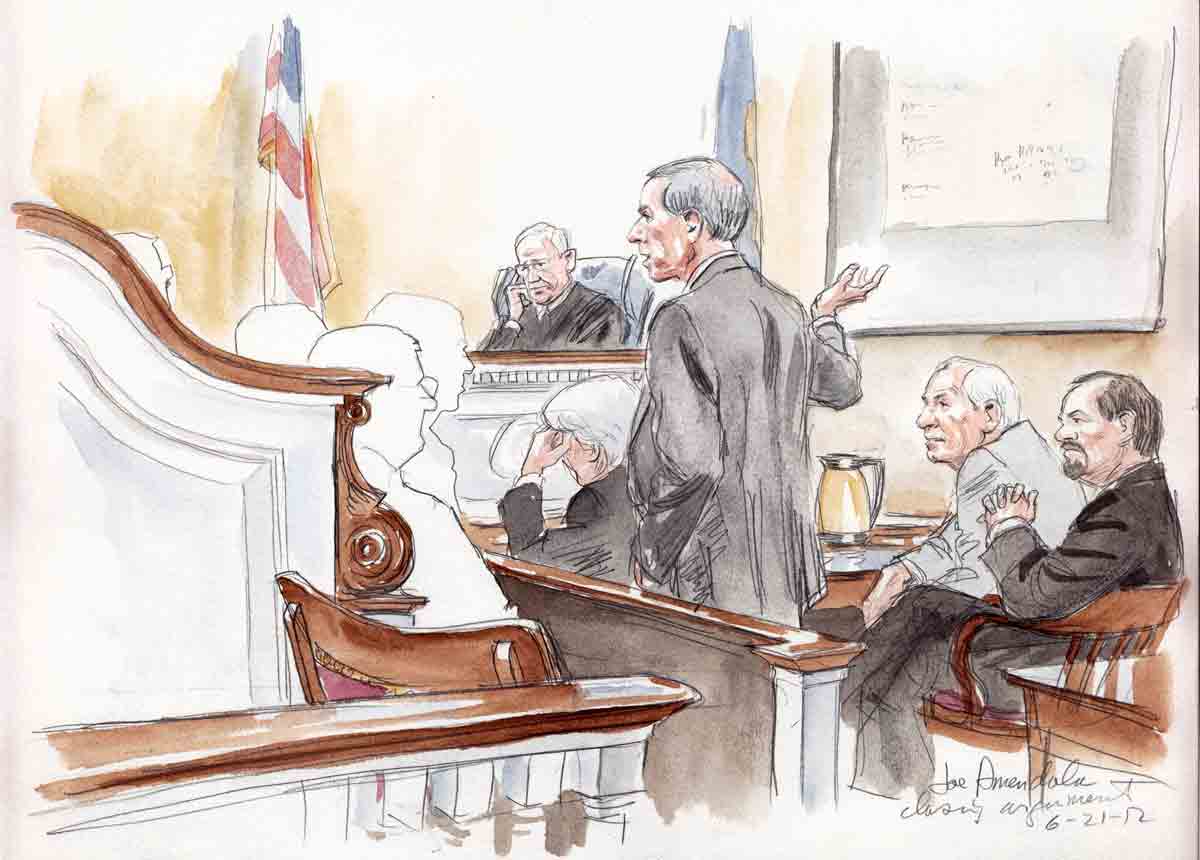 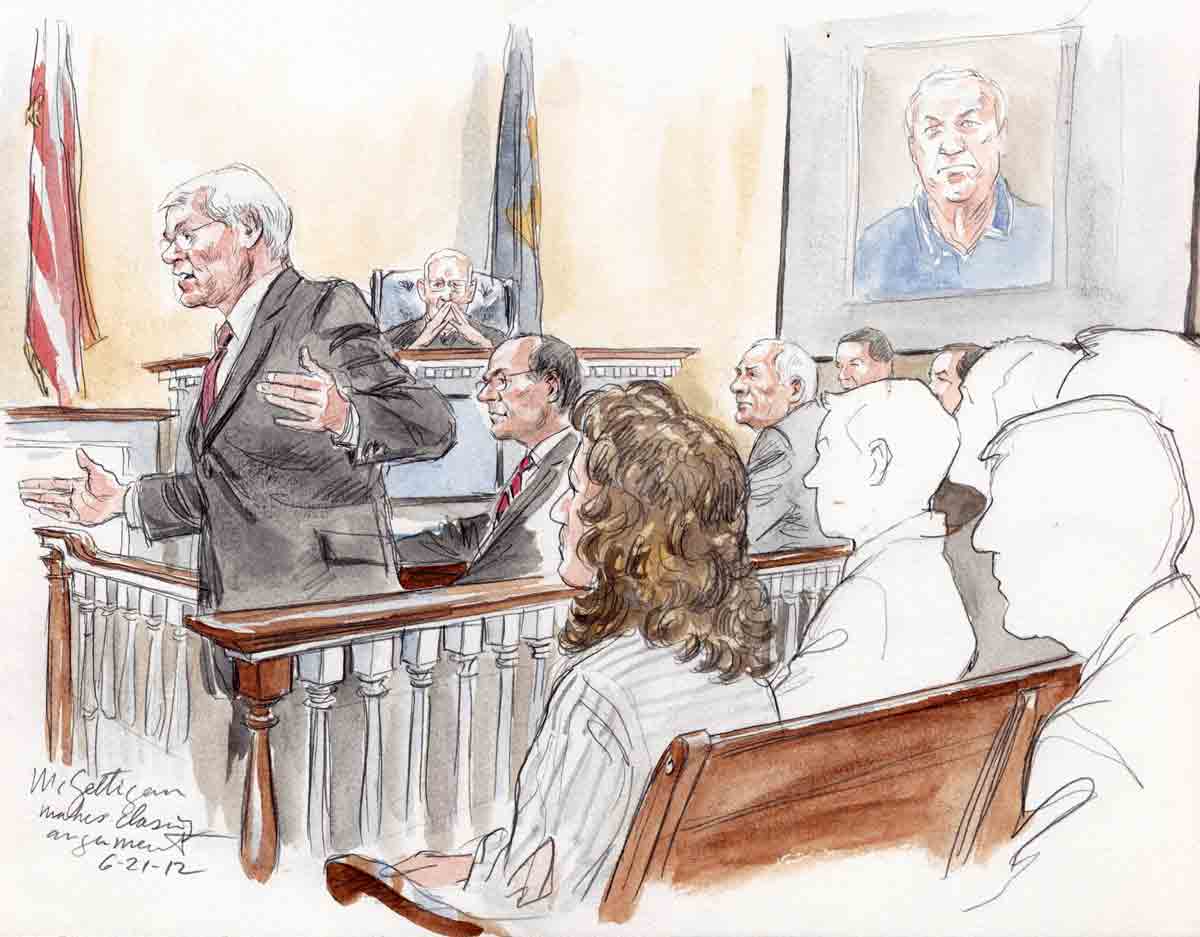 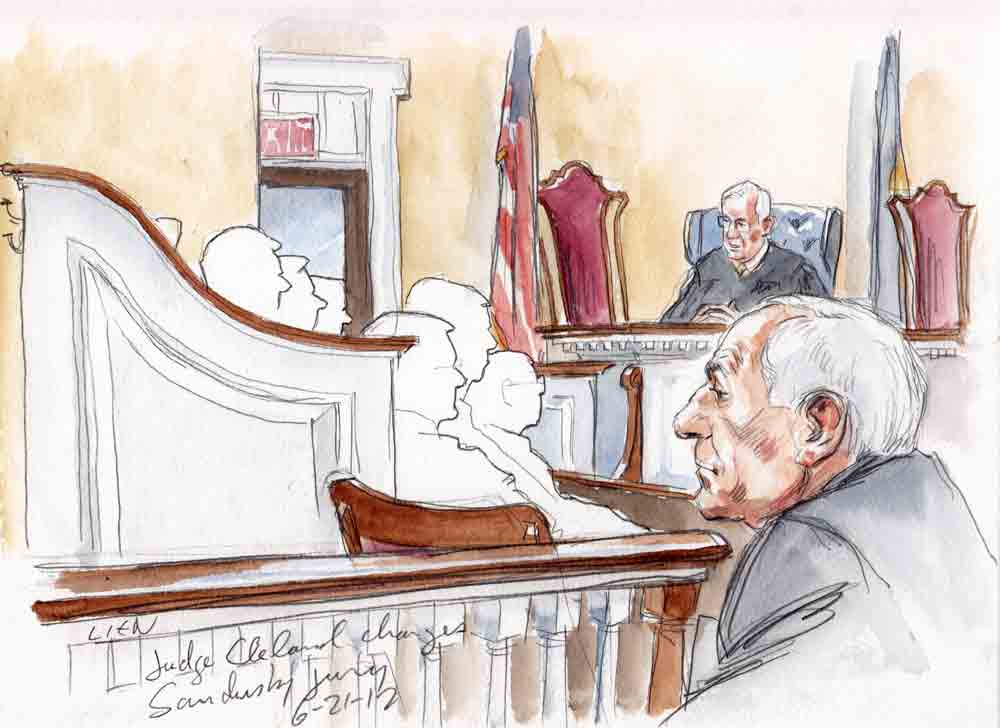 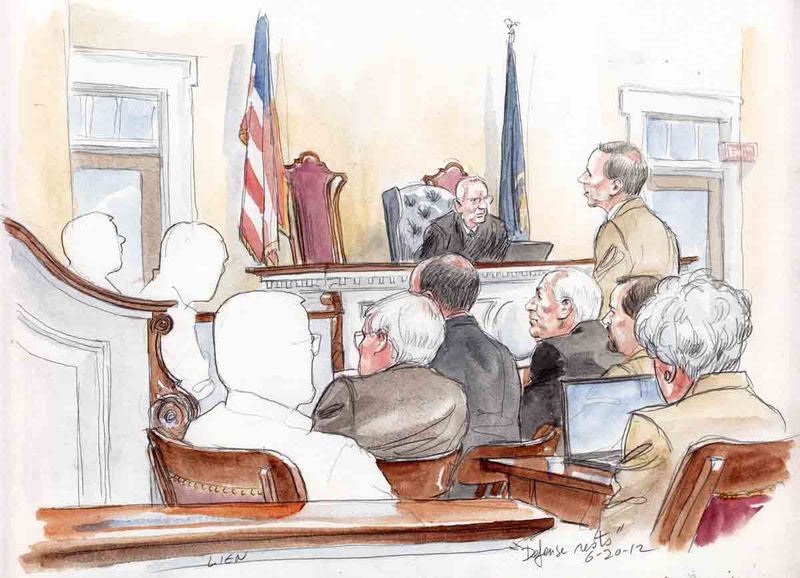 After tesimony from four witnesses today defense attorney Joe Amendola announced, “the defense rests”. Jerry Sandusky, who had been expected to testify, never took the stand.

Here are the rest of today’s sketches: 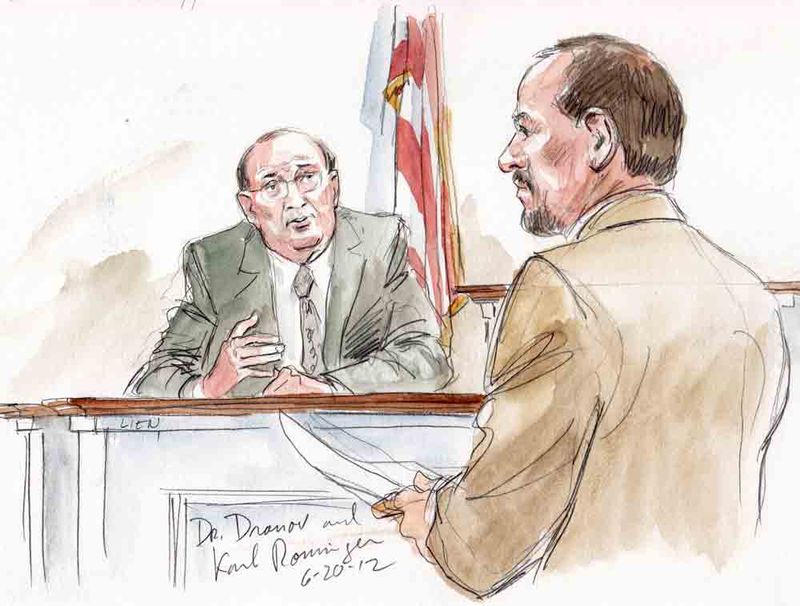 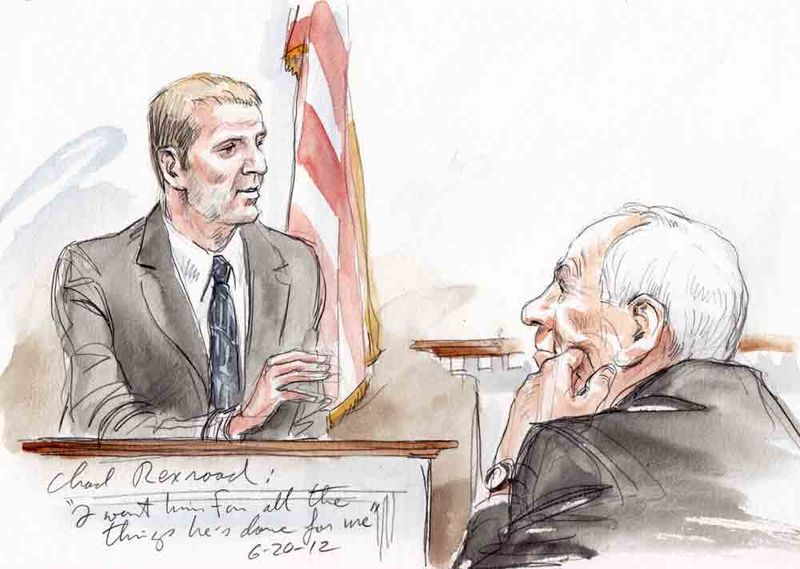 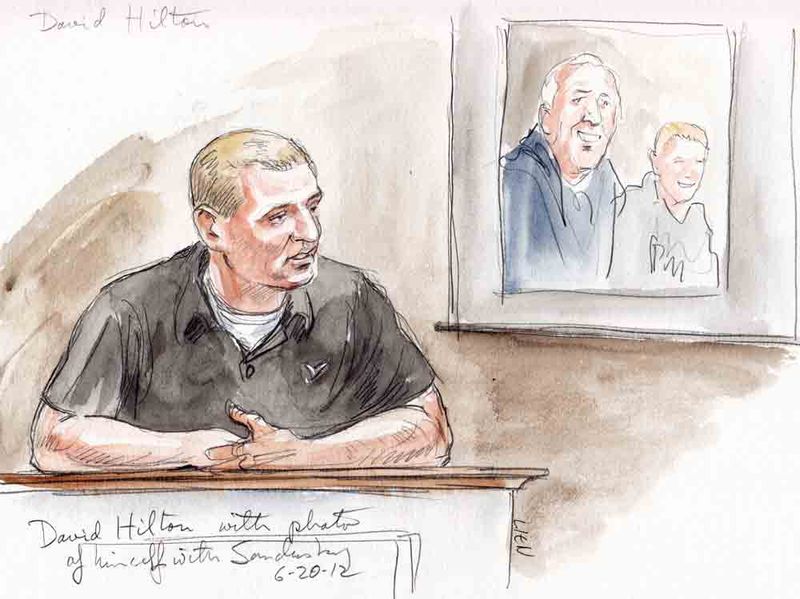 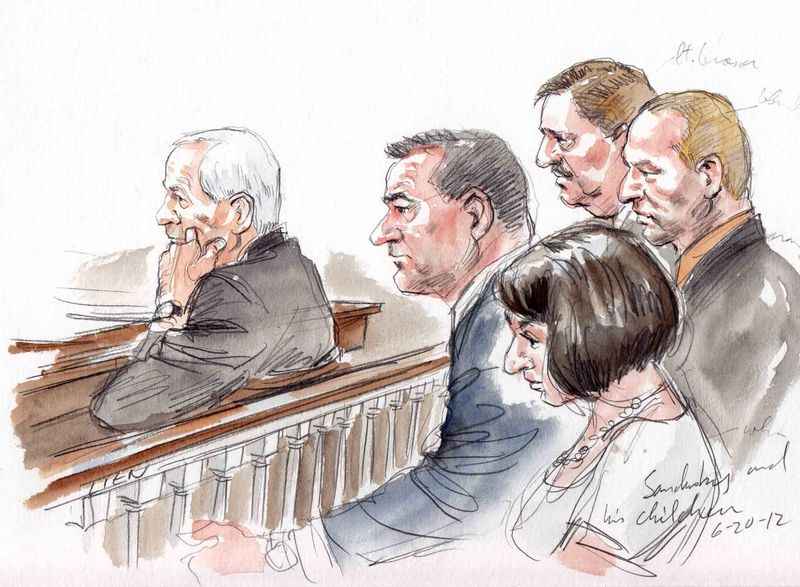 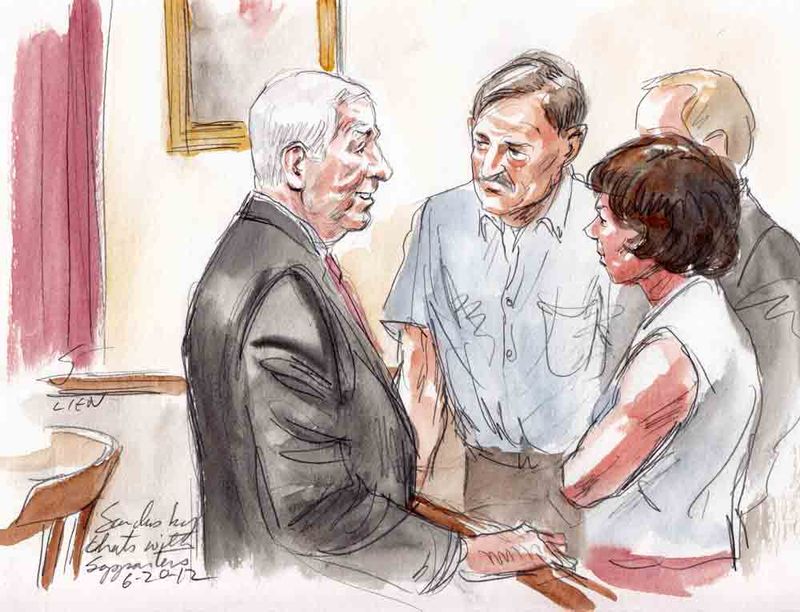 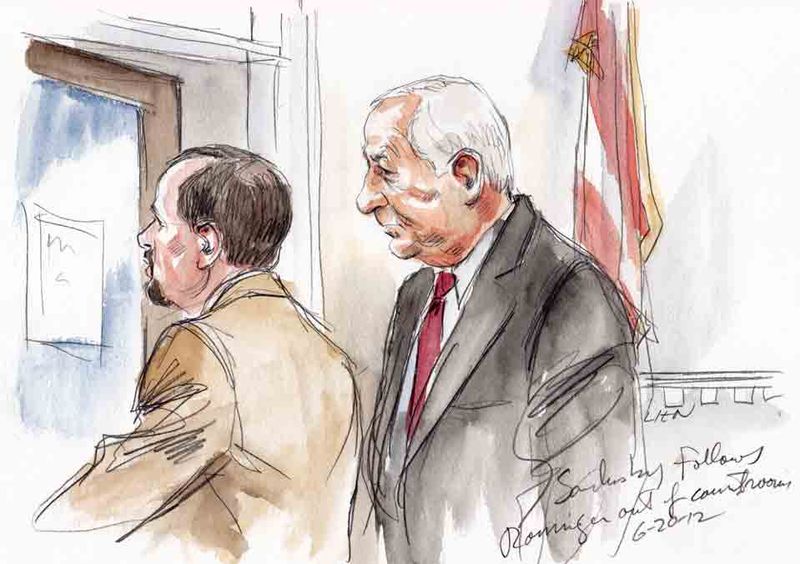 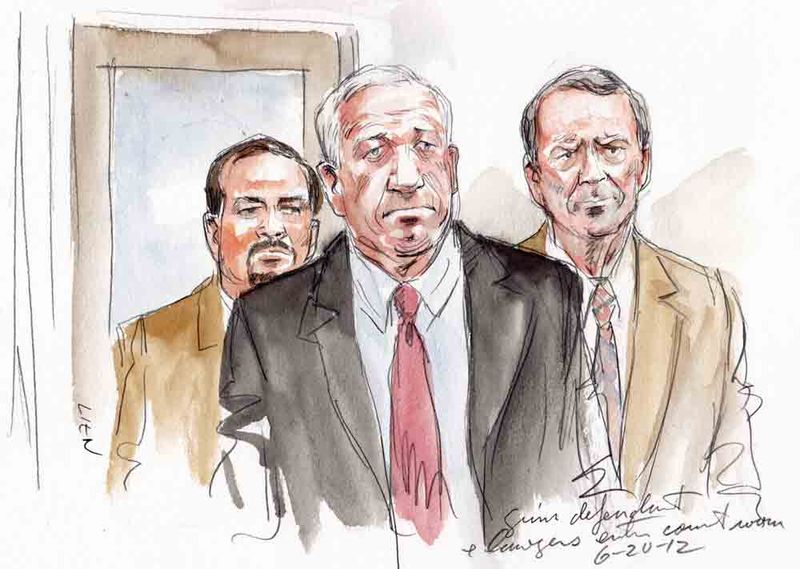 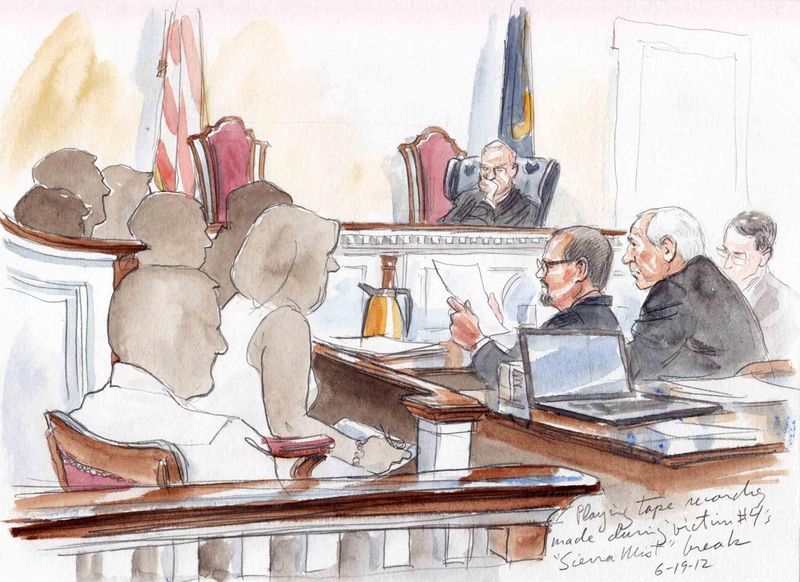 A very busy day at the Sandusky trial with much testimony from many witnesses, all of them eclipsed by Dottie Sandusky taking the stand at the end of the day.

Posted here are some of today’s sketches in the order, more or less,  in which they were produced. 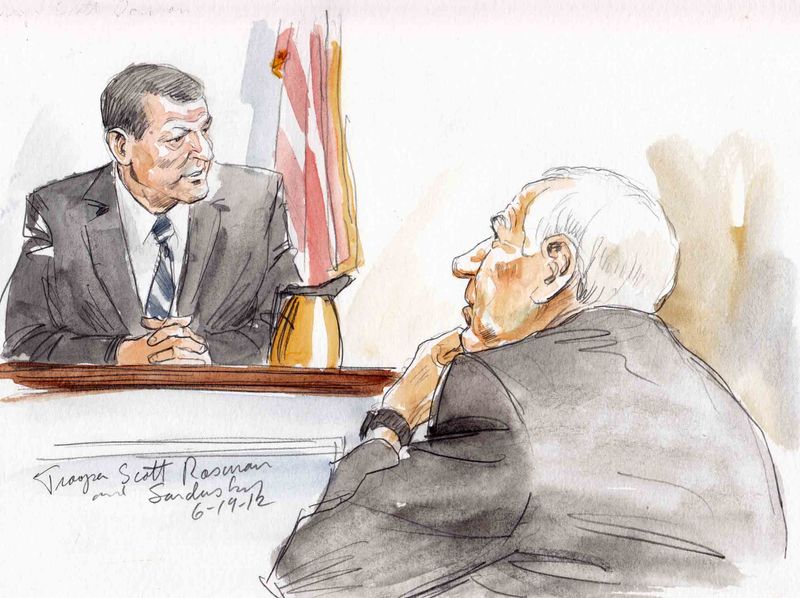 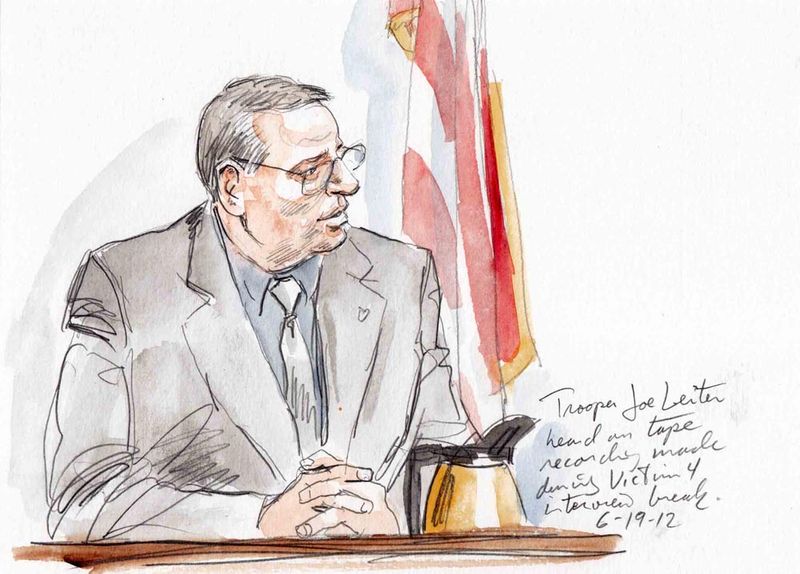 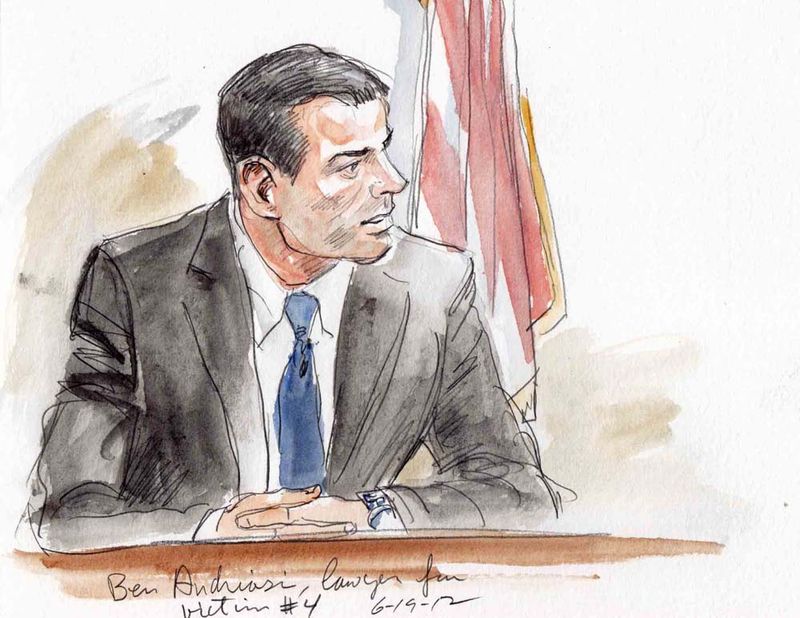 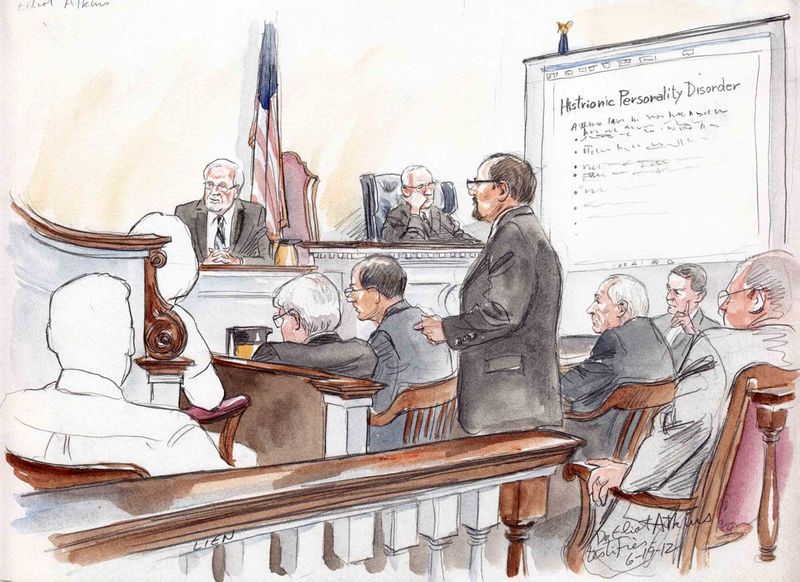 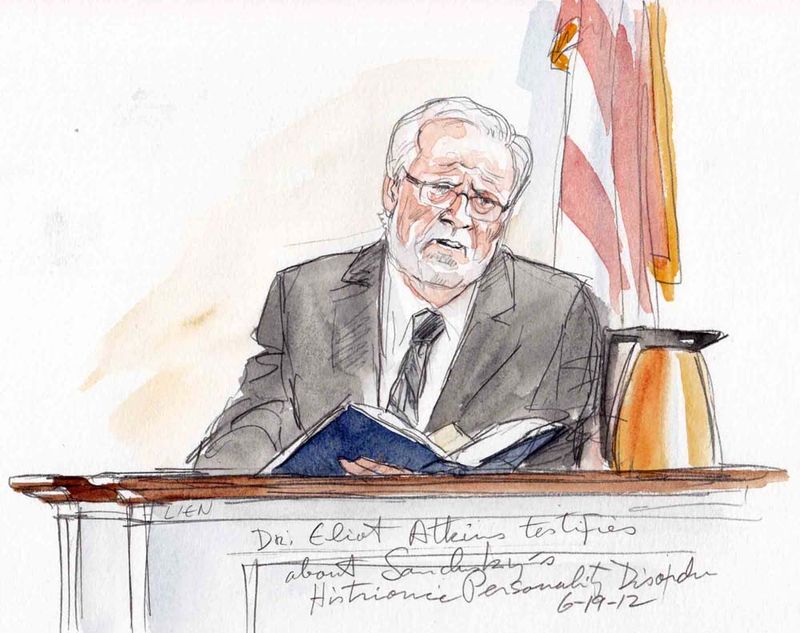 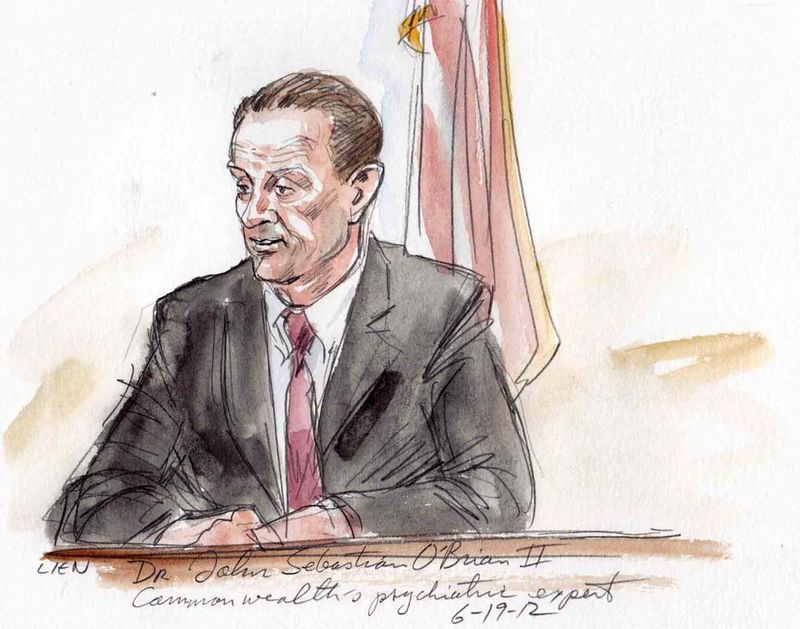 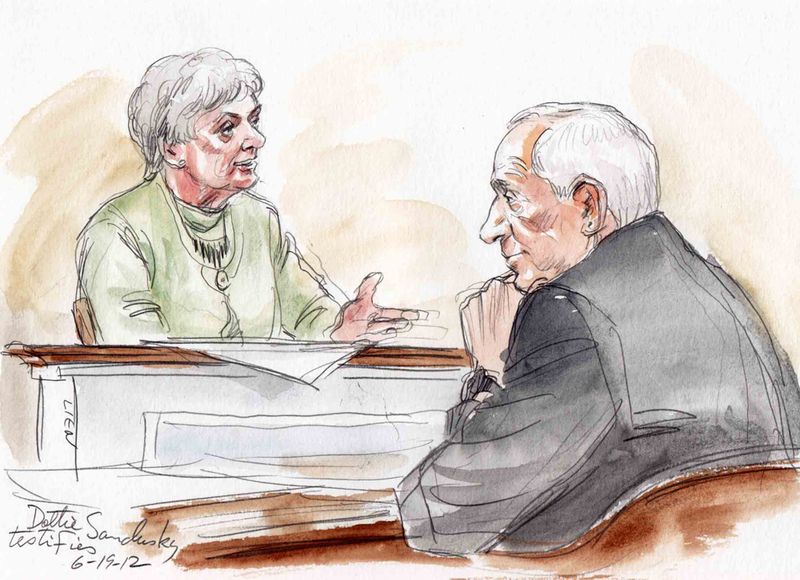 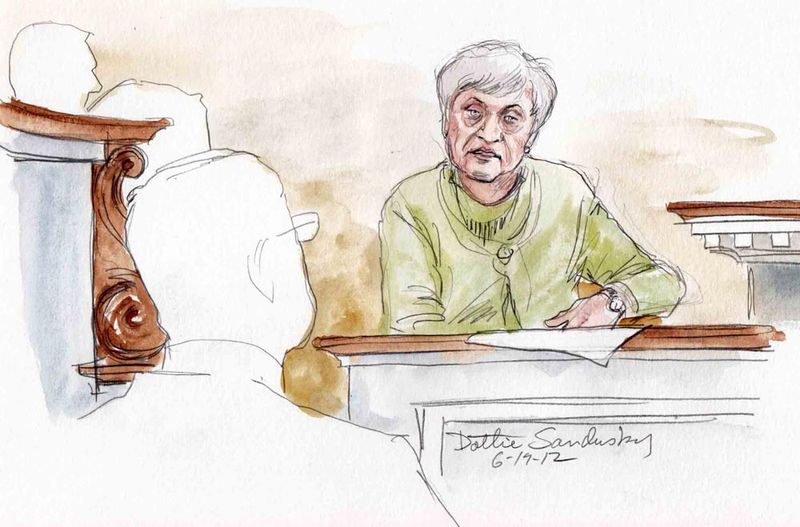 One Last Witness for the Prosecution 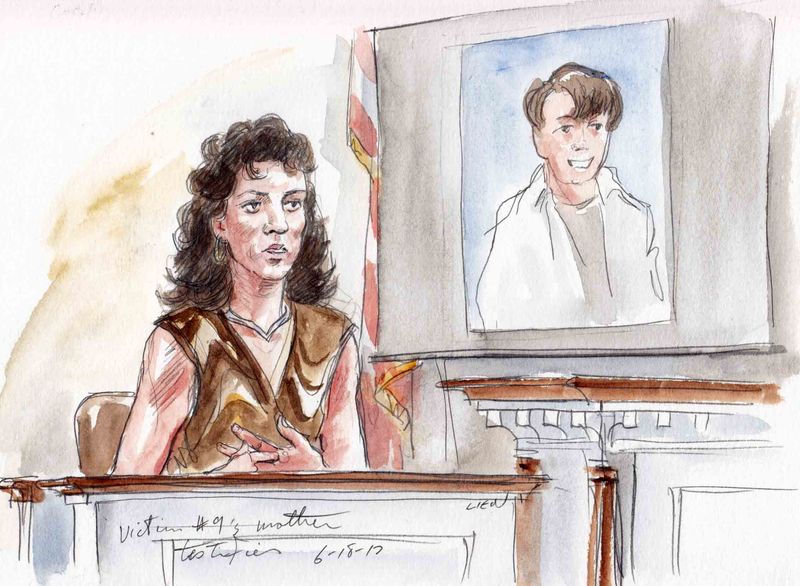 The Commonwealth called one more witness before resting its case against Jerry Sandusky. 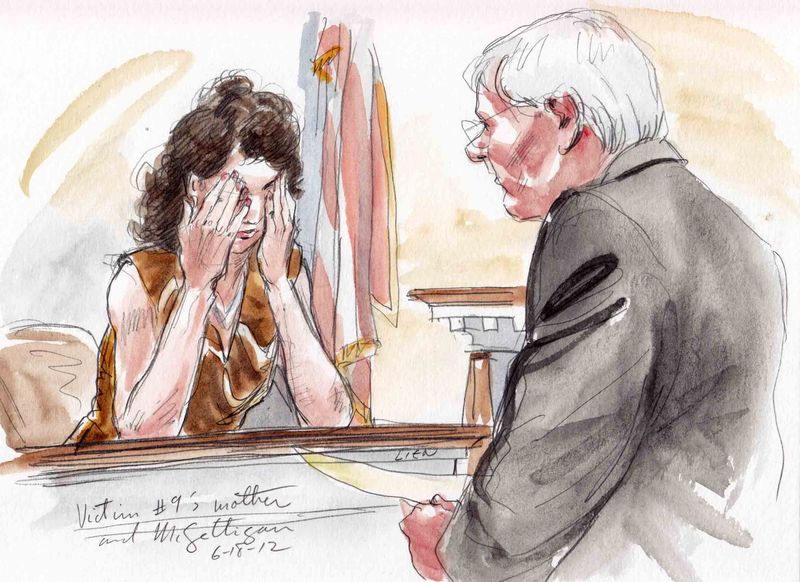 The witness, the mother of “Victim #9”, became visibly upset as she told the court how she regretted encouraging her son to spend time with Sandusky unaware of what was happening.

The defense started off by calling two former Penn State assistant coaches, who testified that showering with young boys was a commonplace. 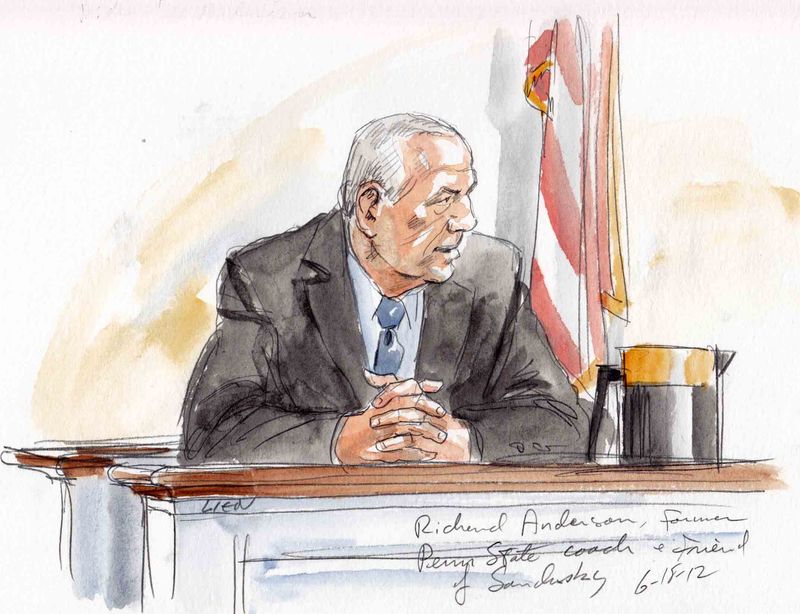 Although neither coach, according to their testimony, engaged in the kind of horseplay and bearhugs attributed to Sandusky. 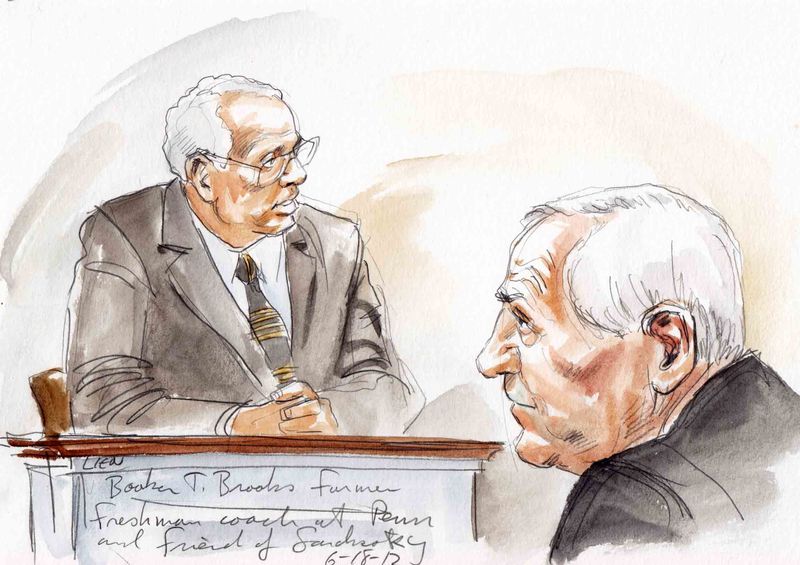