Between Scylla and Charybdis

I neglected to post sketches from the March 31 arguments in Alice Corporation v. CLS Bank International. Here they are, better late than never. 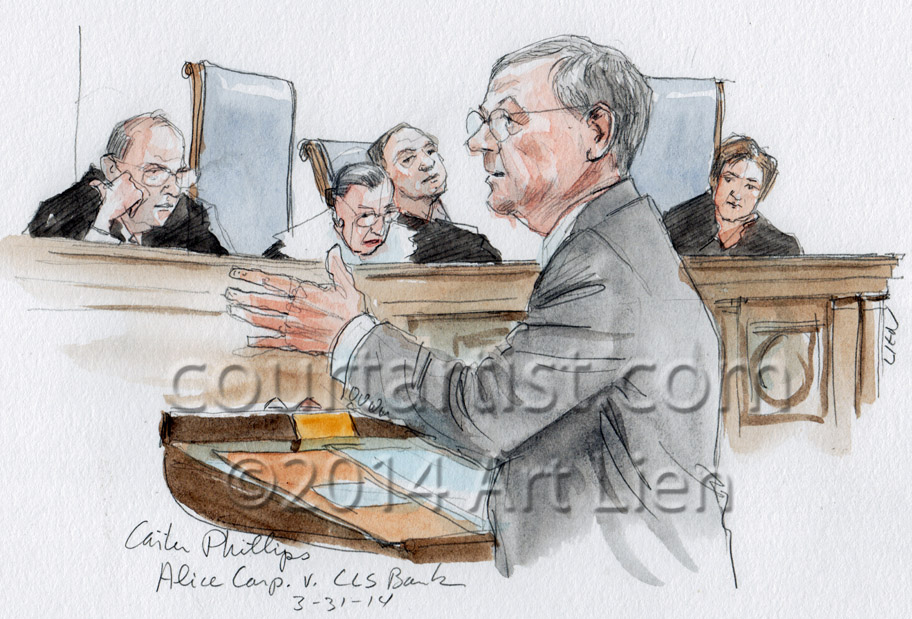 Each day CLS Bank does about $5 trillion in transactions and uses a computer program to insure that everything balances out at the end of the day. Alice Corporation has a patent on an application that does the same thing by creating shadow accounts for all parties and not allowing transactions to go through unless all credits and debits balance out above zero. 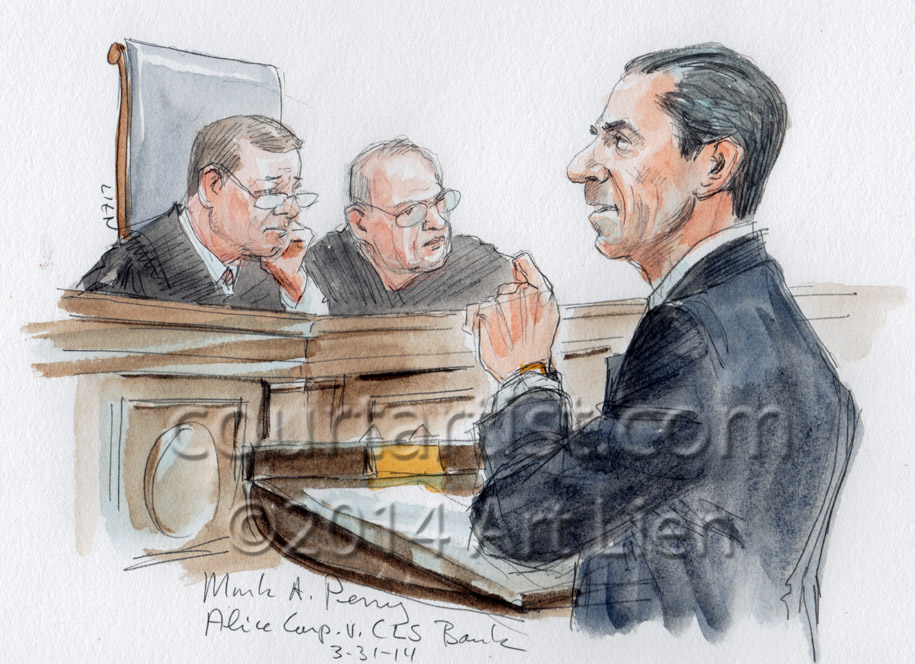 The Court has previously held that natural processes (Mayo) and abstract ideas (Bilski) are not patentable. Is Alice Corporation’s patent really just the idea of solvency applied by a computer to balance the books?

Justice Breyer’s pharaohic hypothetical put it this way: “I mean, imagine King Tut sitting in front of the pyramid where all his gold is stored, and he has the habit of giving chits away.  Good for the gold, which is given at the end of the day.  And he hires a man with an abacus, and when the abacus keeping track sees that he’s given away more gold than he has in storage, he says, stop.”

On the other hand, software developers won’t have much incentive if their computer programs are unpatentable.

Again, Justice Breyer, “. . . there are a number of suggestions as to how to go between Scylla and Charybdis.  . . . I need to know what in your opinion is the best way of sailing between these two serious harms.”