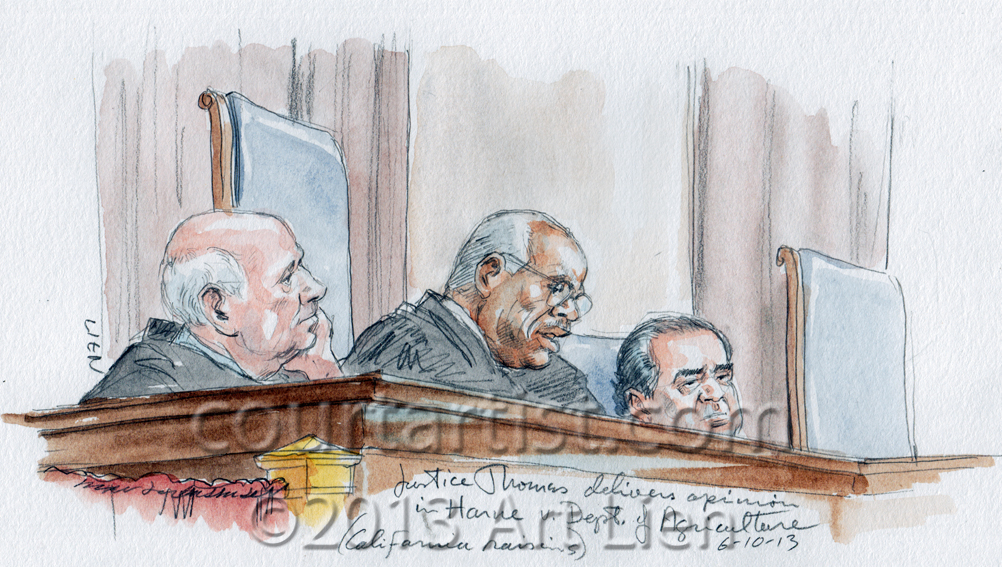 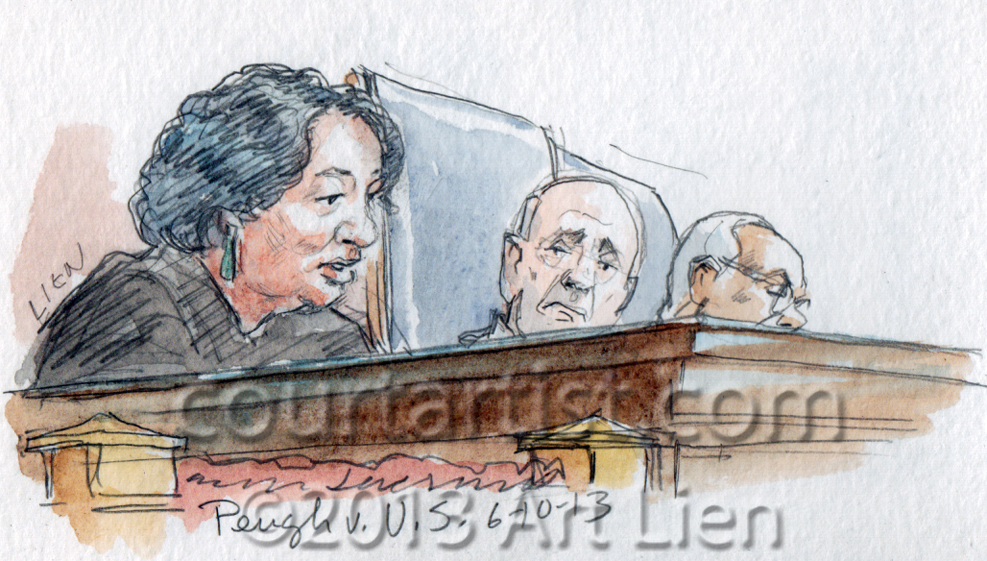 Is She Looking At Me ? 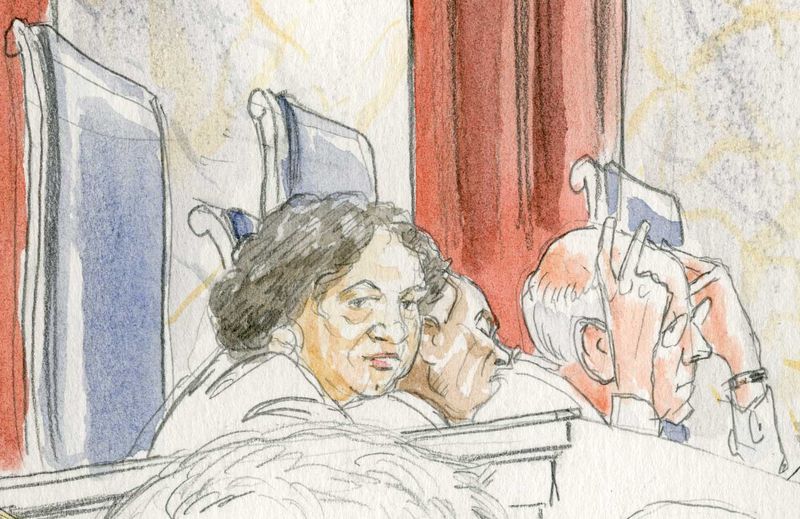 Justice Sotomayor often glances over at the press section during oral arguments. Is she just pondering a legal question, or checking that the sketch artist is getting this?

A couple of sketches from today at the Supreme Court : 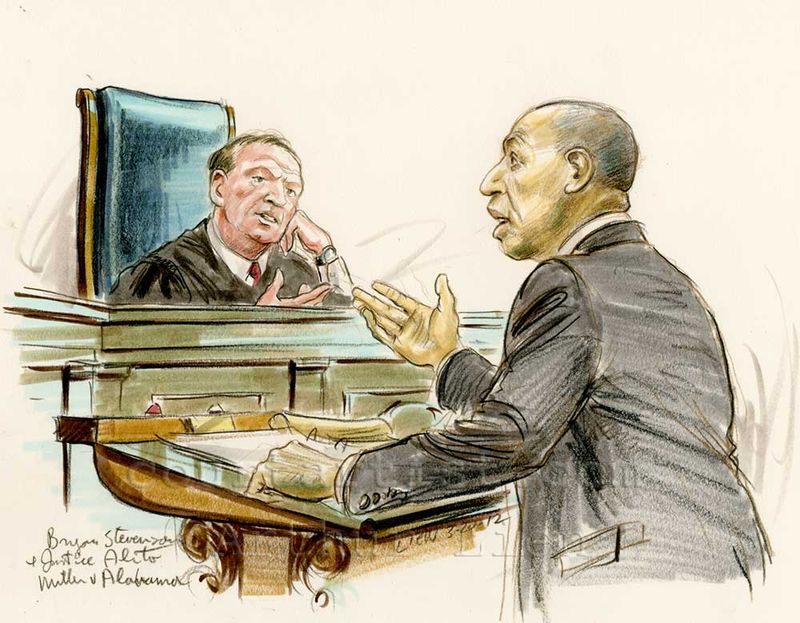 The Court heard arguments in two cases where juveniles were sentenced to life without the possibility of parole. Both prisoners were very ably represented by Bryan Stevenson, pictured above.

The Court also announced opinions in four cases. Pictured below, clockwise from the bottom right, are Justice Sotomayor, Justice Breyer, Justice Kennedy and Justice Ginsburg reading her dissent in Coleman v. Court of Appeals of Maryland. 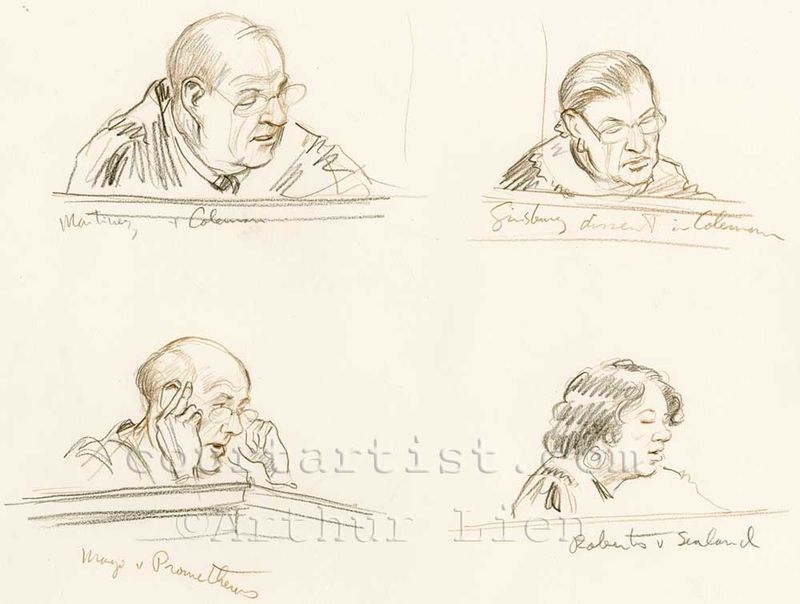 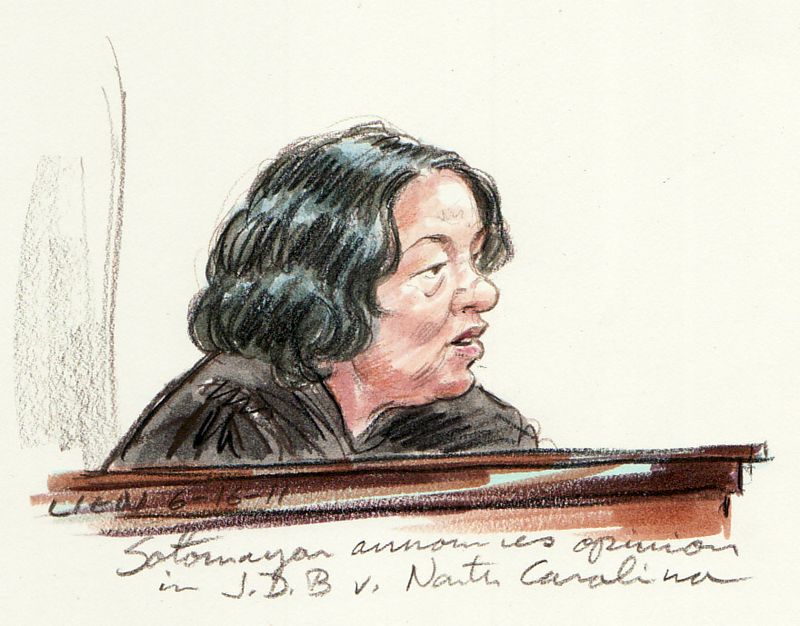 Justice Sotomayor : “It is beyond dispute that children will often feel bound to submit to police questioning when an adult in the same circumstances would feel free to leave.” 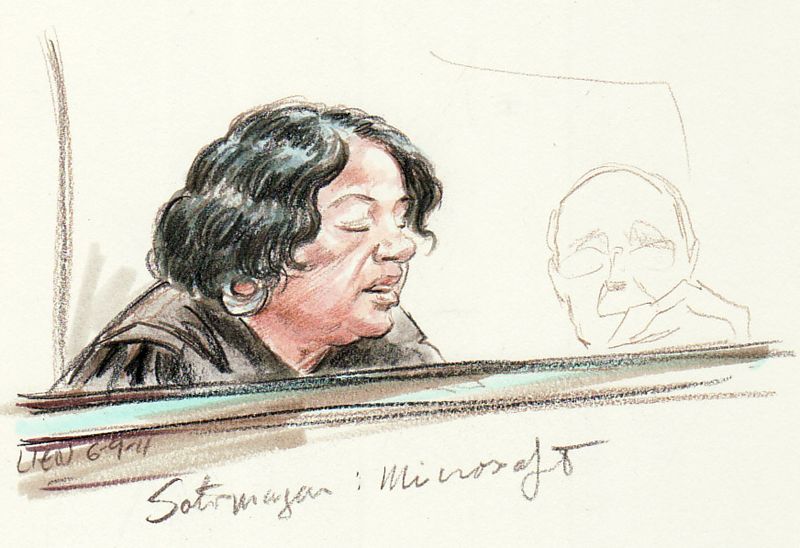 Justice Sotomayor read her opinion for the Court in the patent-law case, Microsoft v. i4i Limited Partnership, which upheld the lower court judgement against the software giant.

The reaction in Redmond? : “Check under the couch cushions and pay them”.