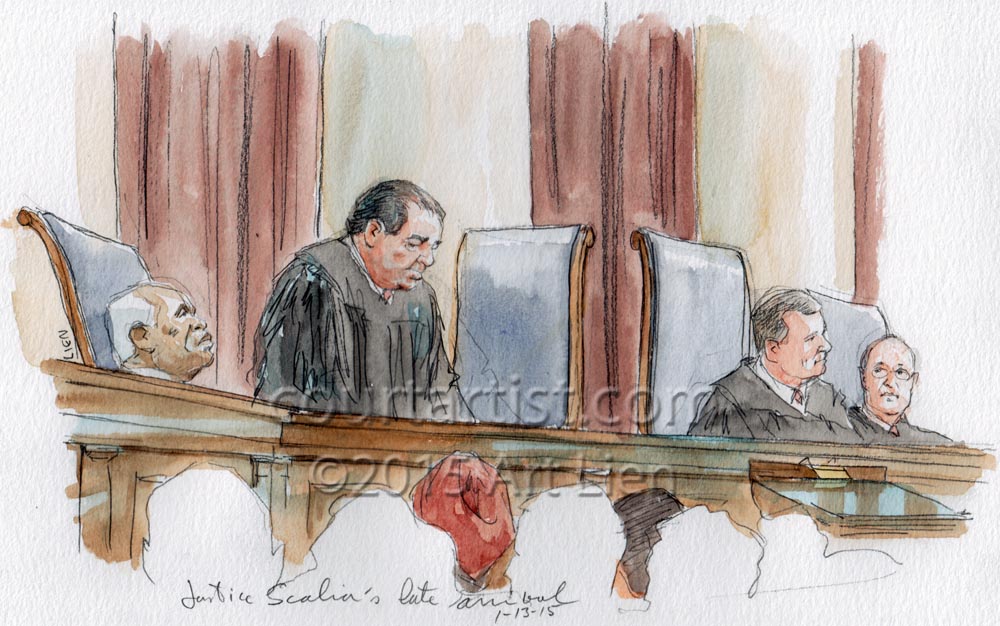 “Justice Scalia has the opinions in two cases,” the Chief Justice announced as Scalia’s chair sat empty, “he’s asked that I announce them.”

It’s not unusual for the a senior justice to announce the opinion of an absent justice. There are often one or more empty chairs on opinion days when no arguments are heard. But there were two cases to be argued today and unless a justice has recused themselves you can expect that they’ll be on the bench.

Scalia did eventually appear from the maroon curtains behind the bench just as the first argument was getting under way, a sex discrimination case that was really about the EEOC’s failure to use “conciliation” in enforcing Title VII. It turns out the justice was merely delayed in traffic.

You can read Mark Walsh’s account of Scalia’s tardy arrival here on SCOTUSblog.

Here are a couple sketches fro the argument in Mach Mining v. EEOC. 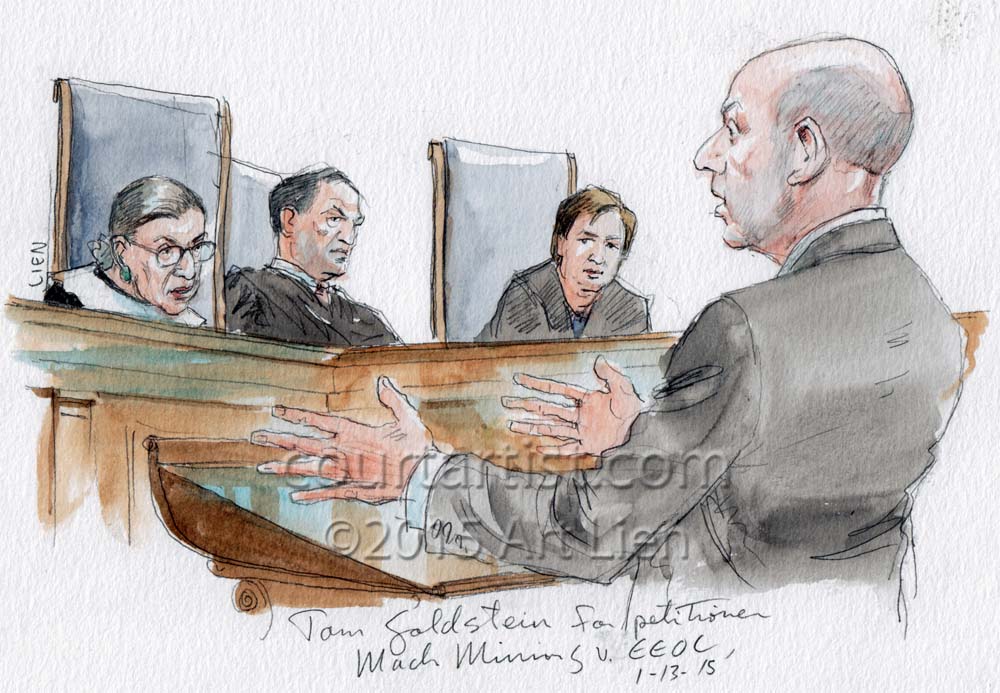 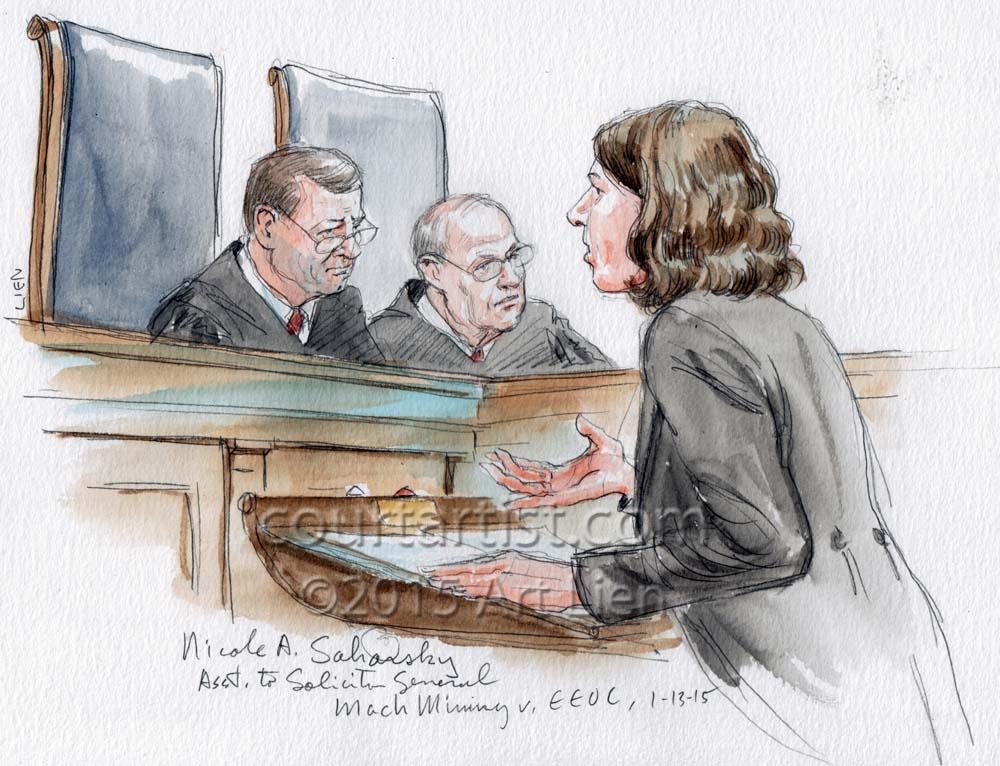 Also spotted in the courtroom today, and also not unusual, was Cecilia Marshall, wife of the late Justice Thurgood Marshall. She is a frequent visitor to the Court. 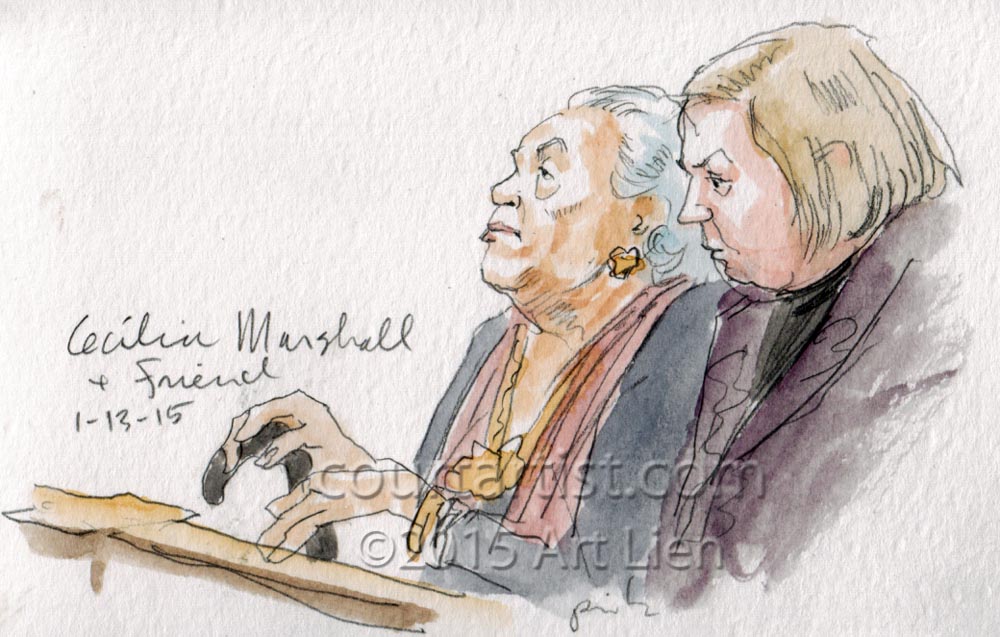 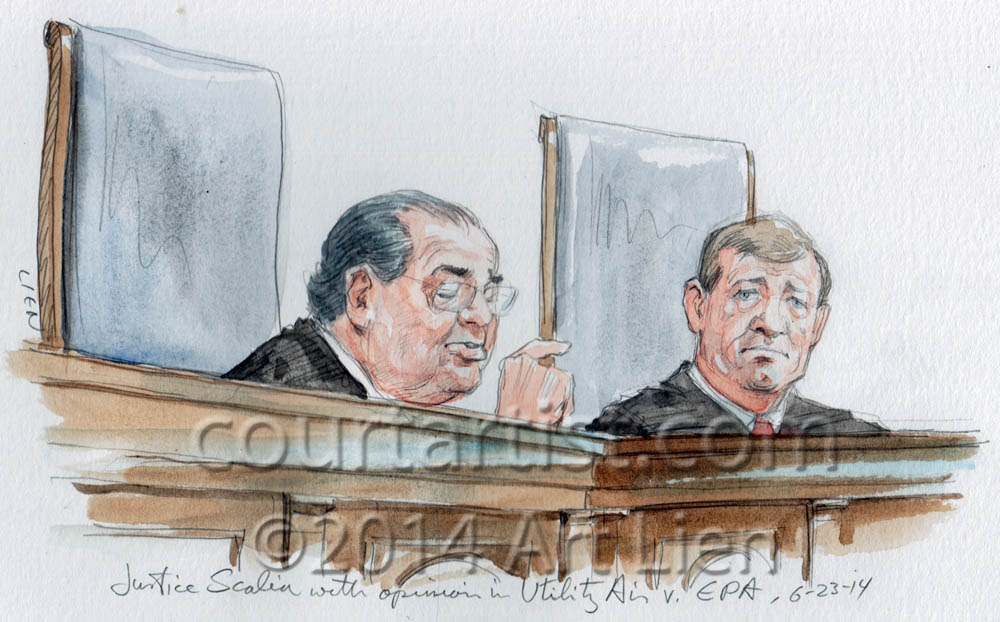 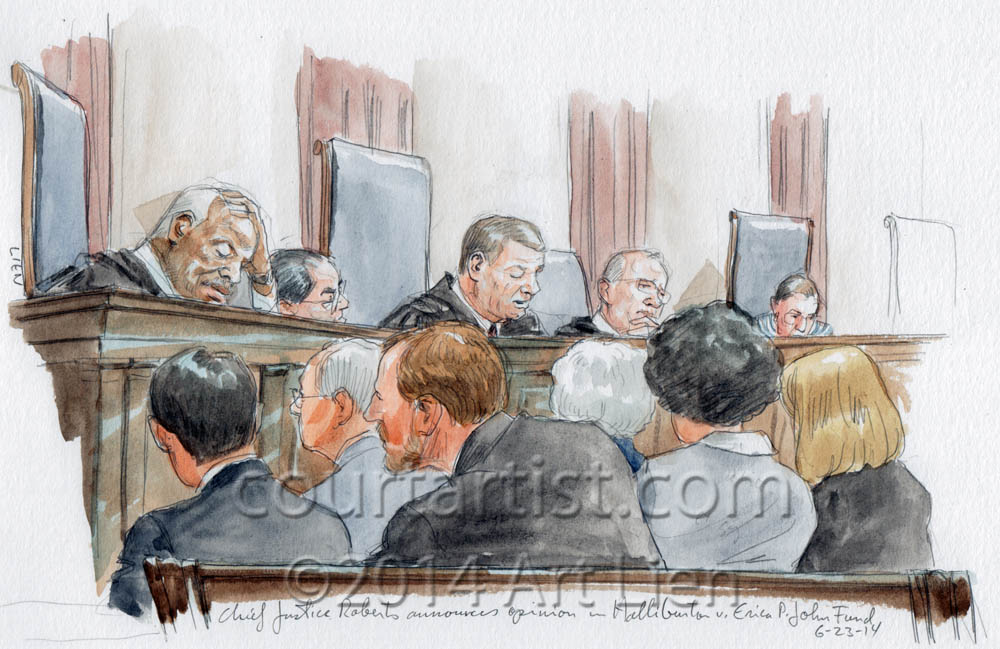 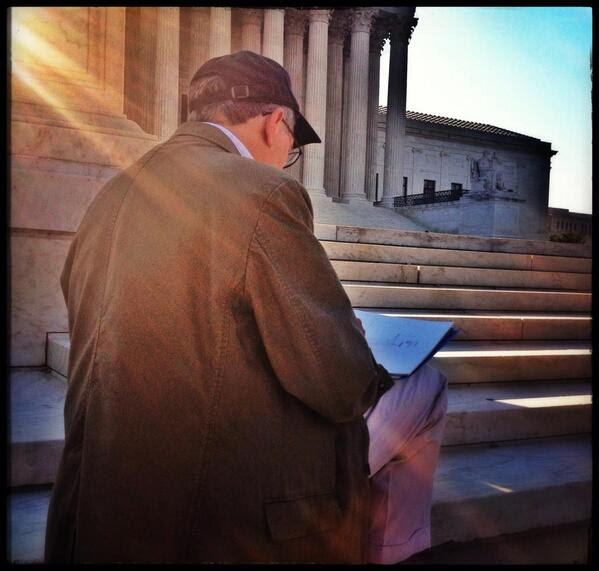