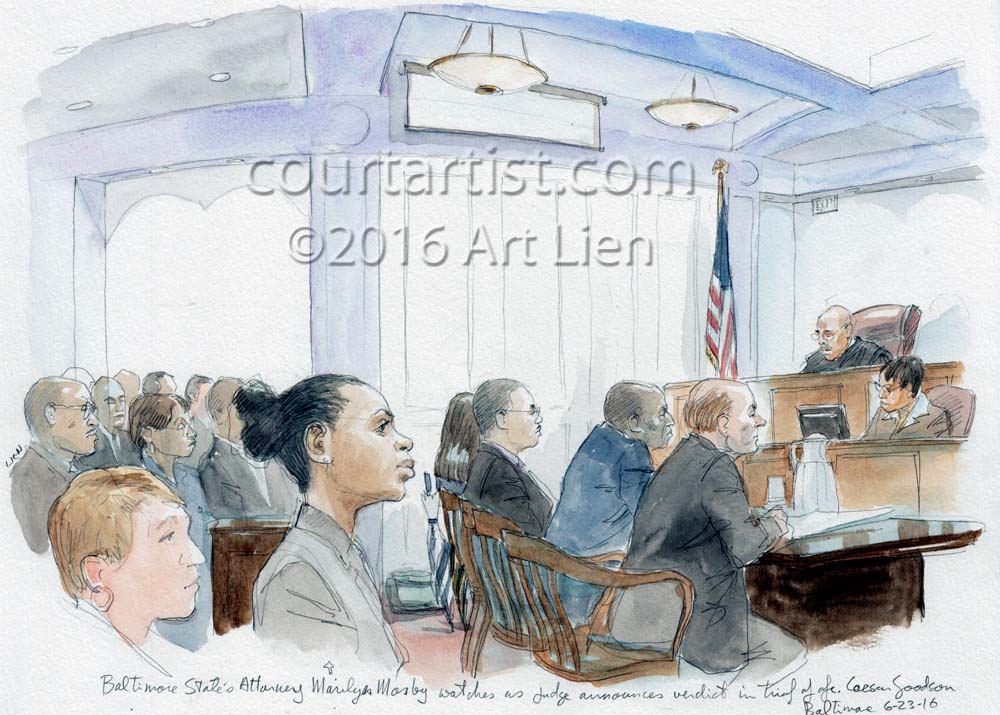 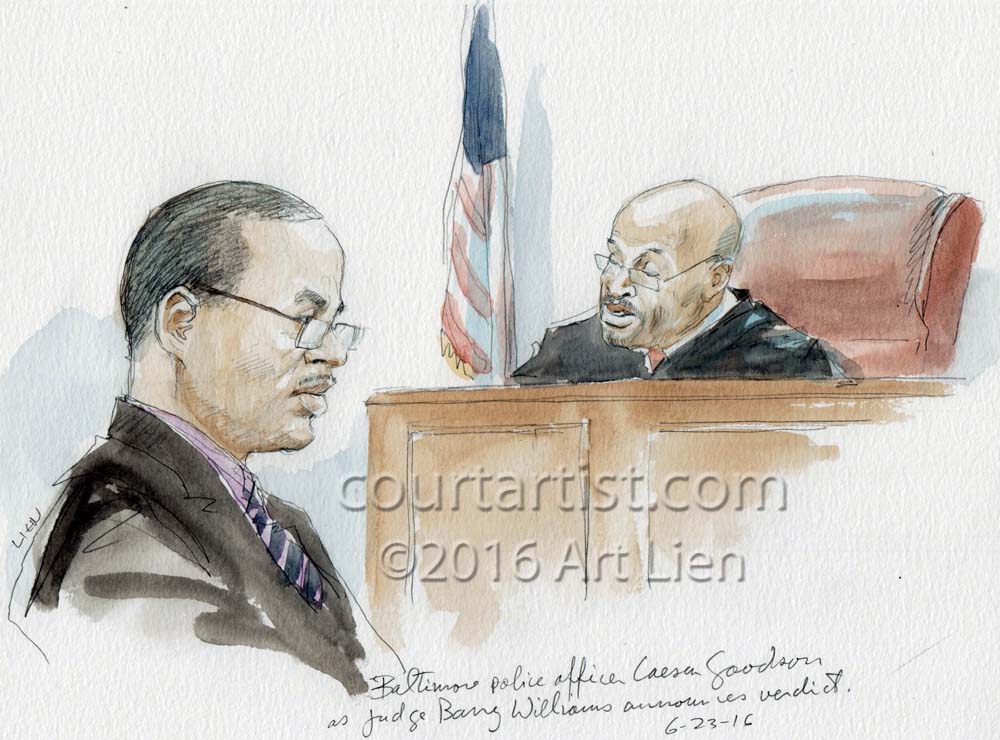 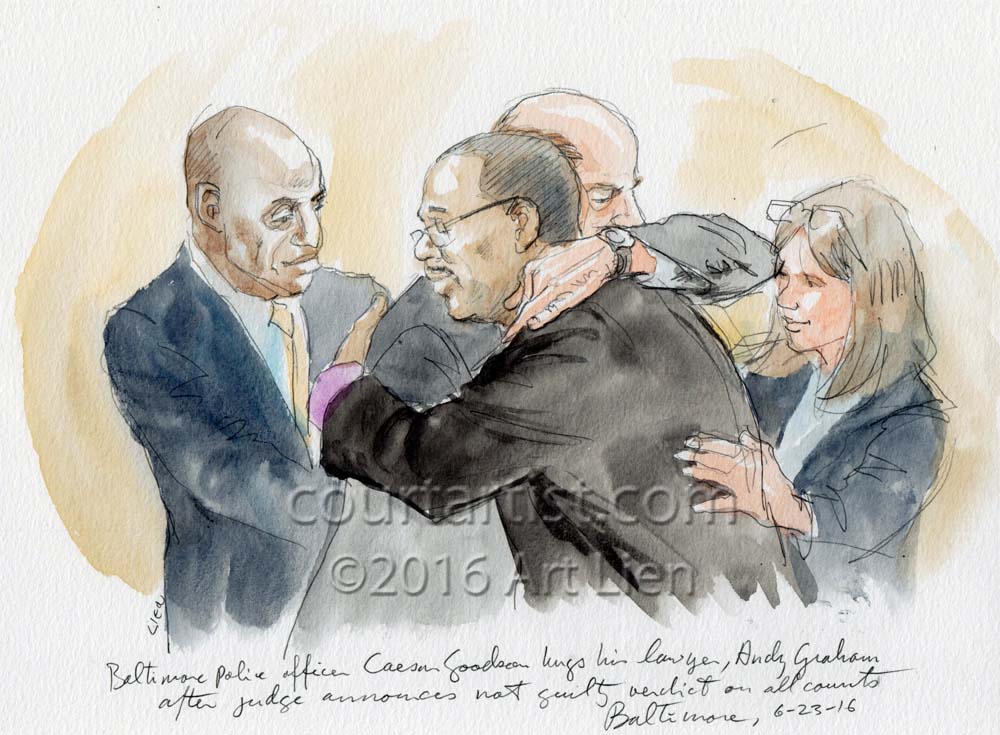 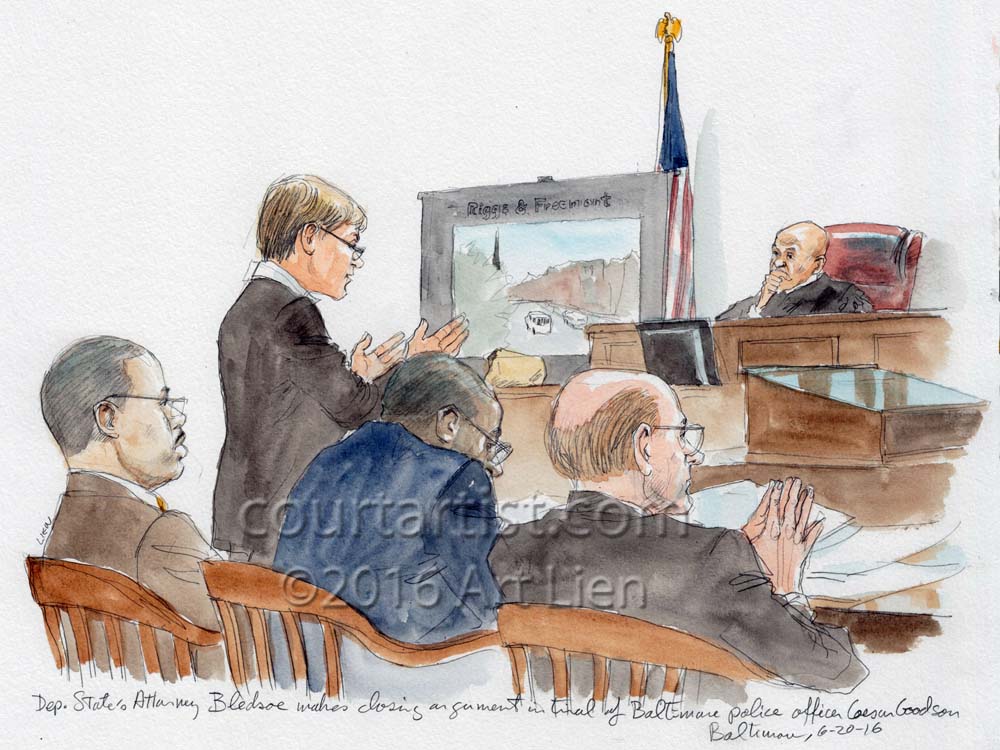 My sketches from yesterday’s closing arguments in the trial of Baltimore Police officer Caesar Goodson. He drove the van in which Freddie Gray suffered injuries that led to his death last April and the ensuing riots the day of his funeral.

Judge Barry Williams will announce the verdict on Thursday morning. 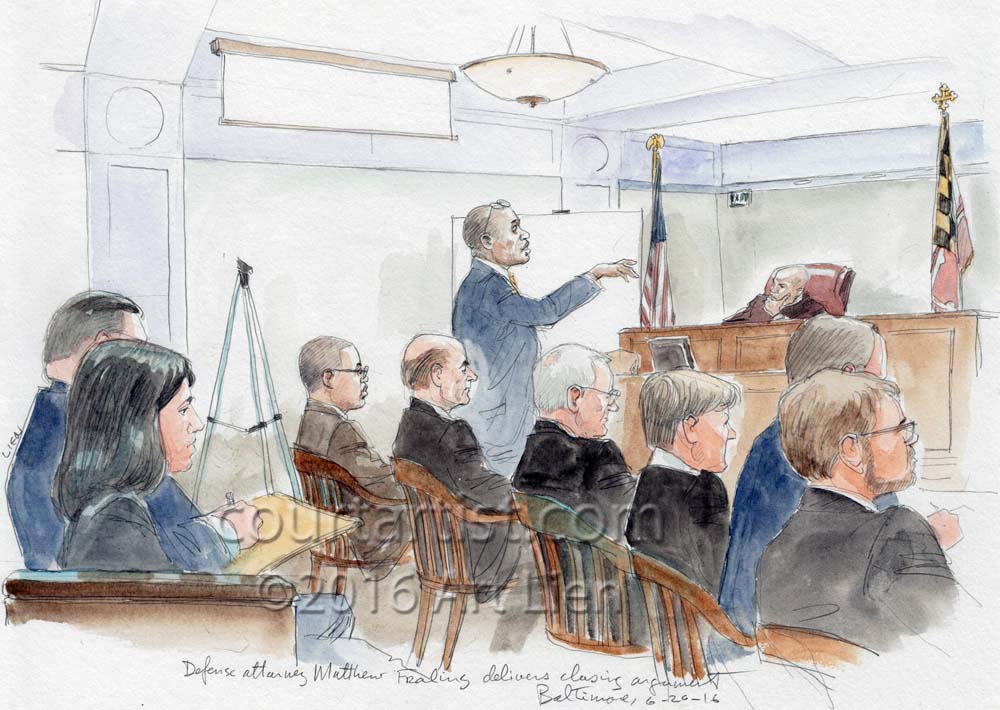 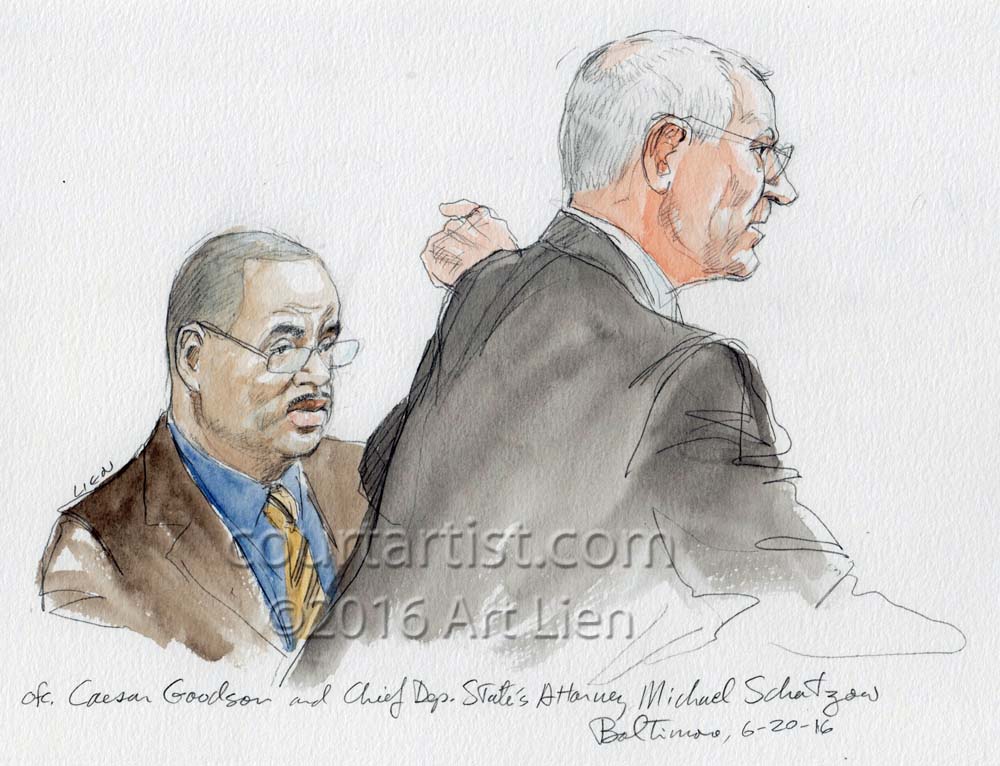 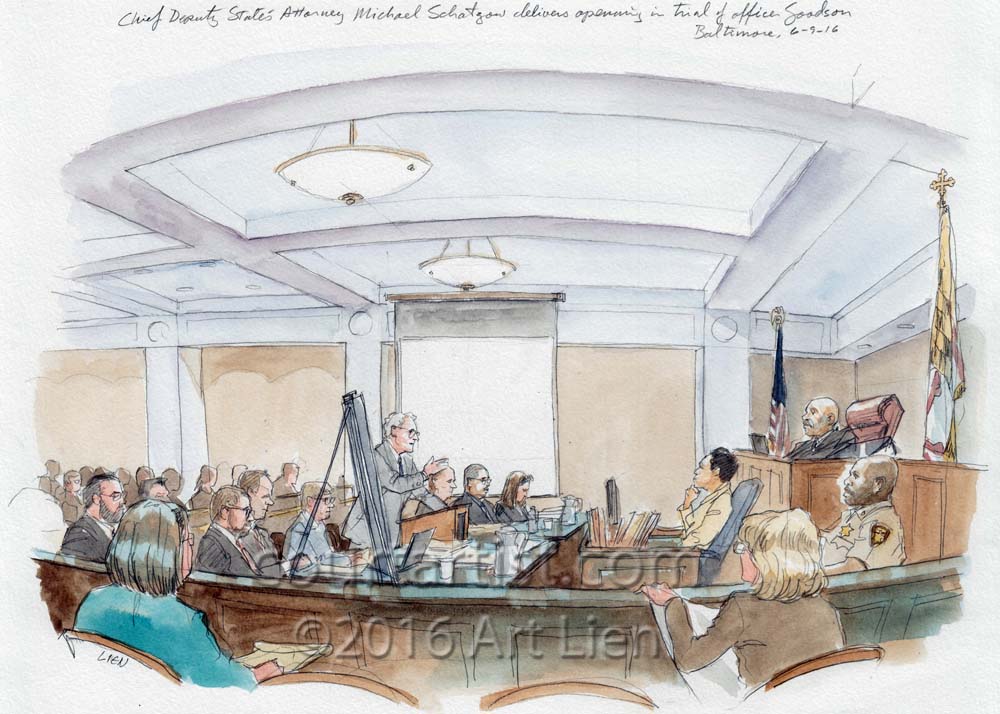 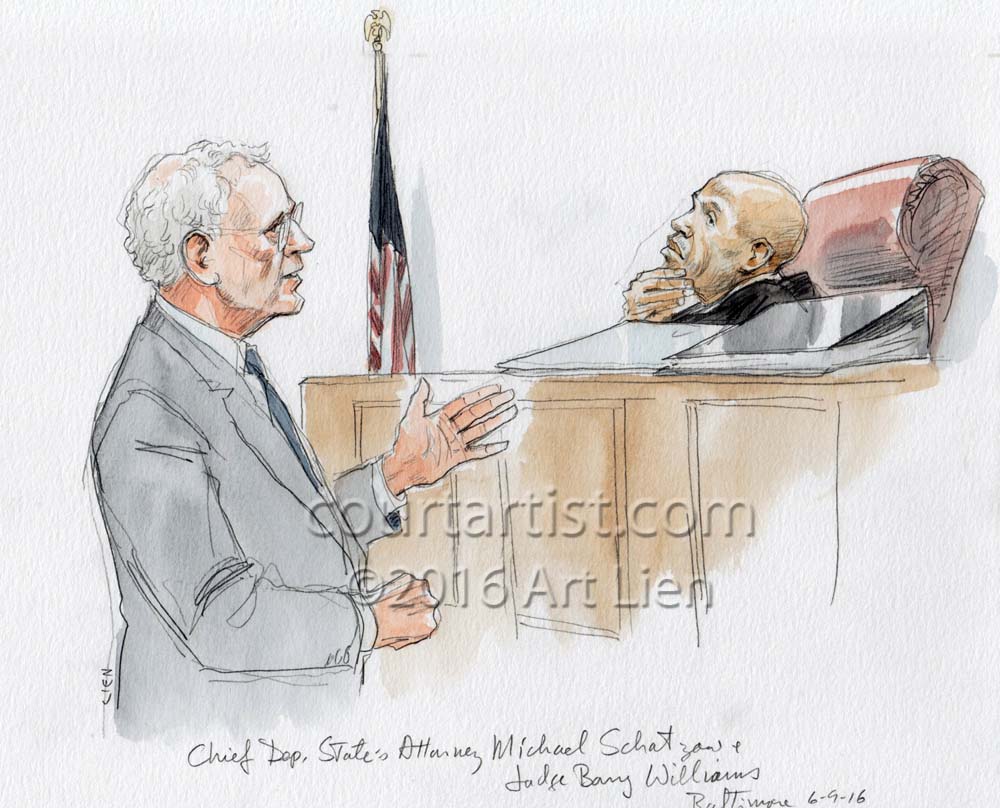 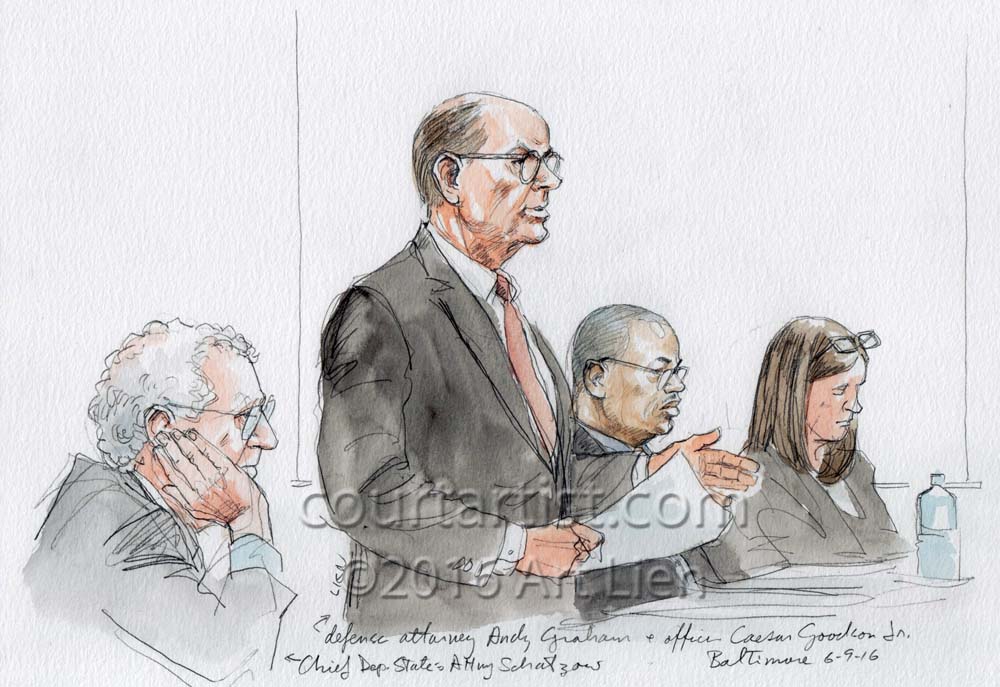 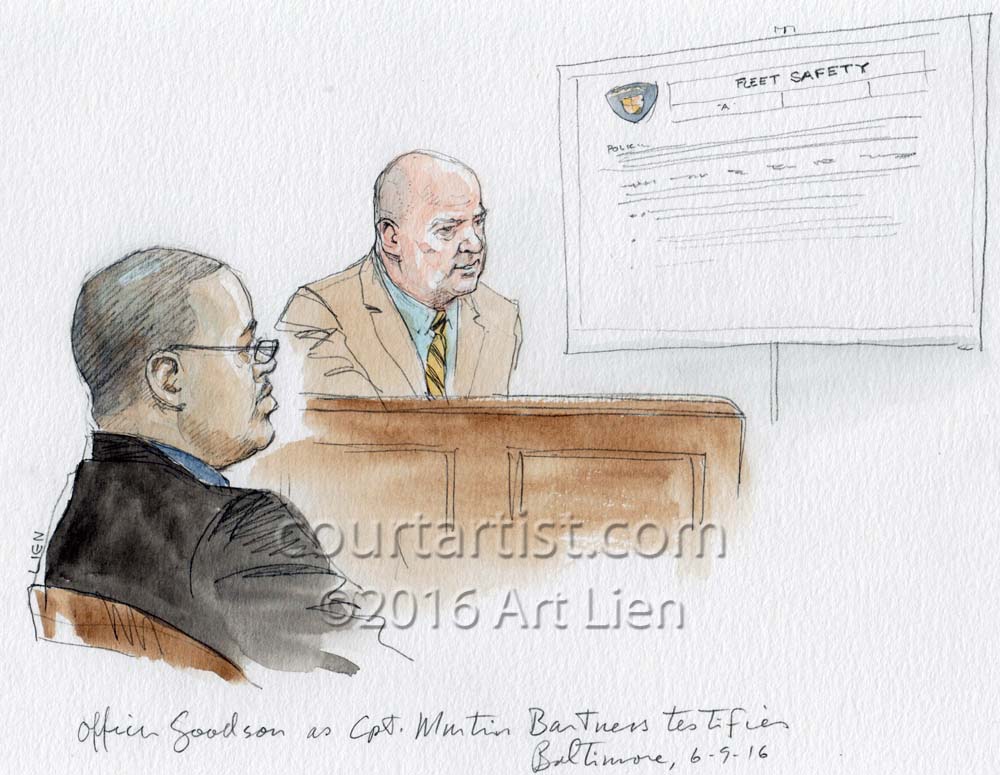 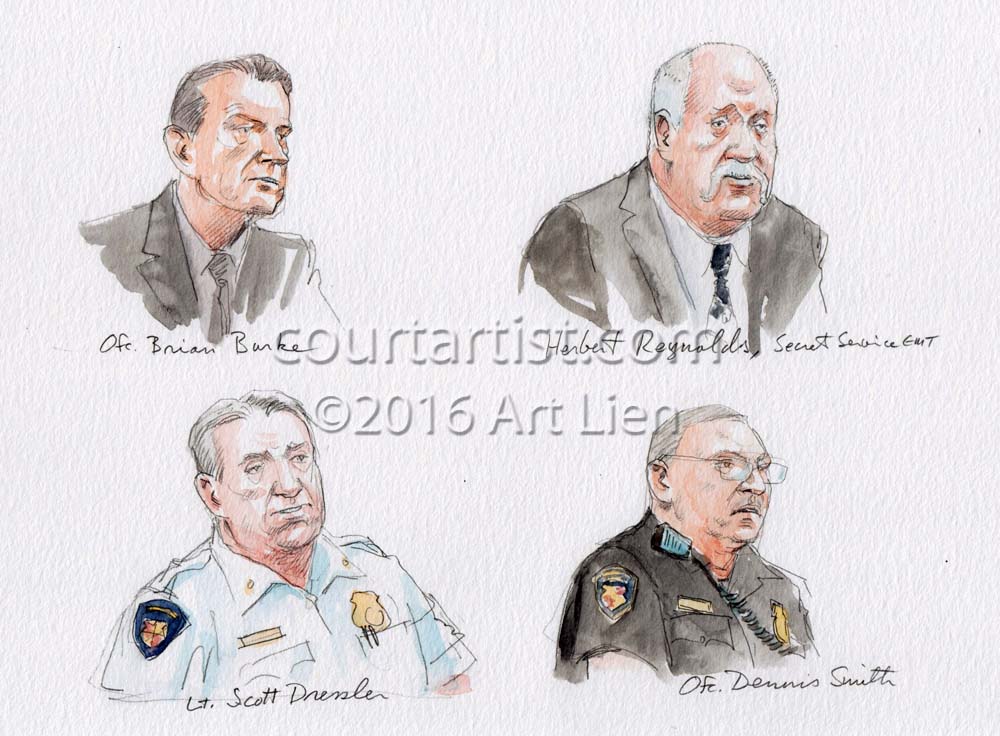 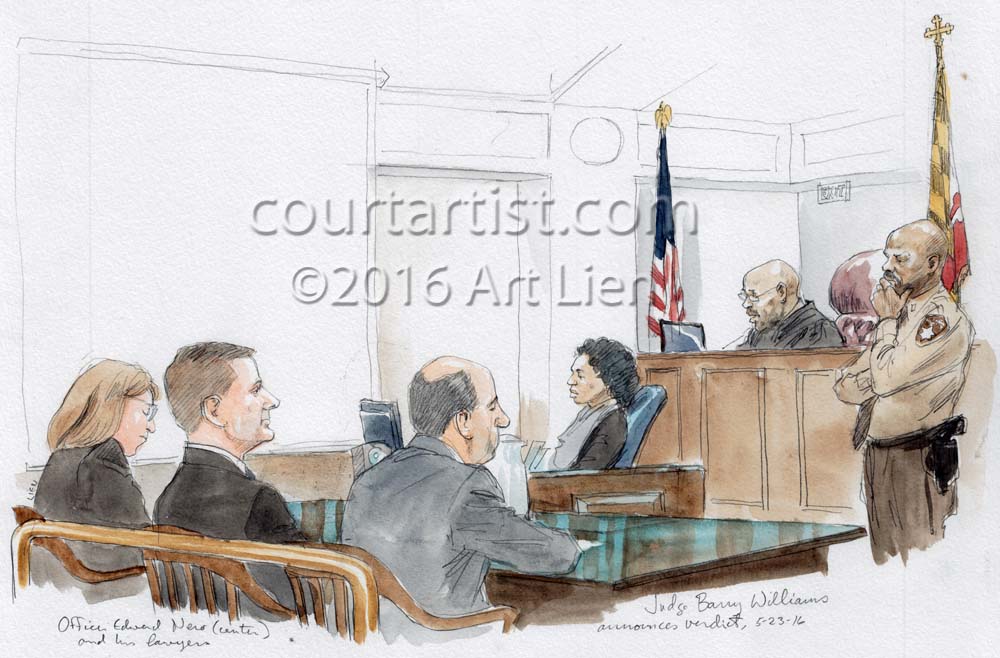 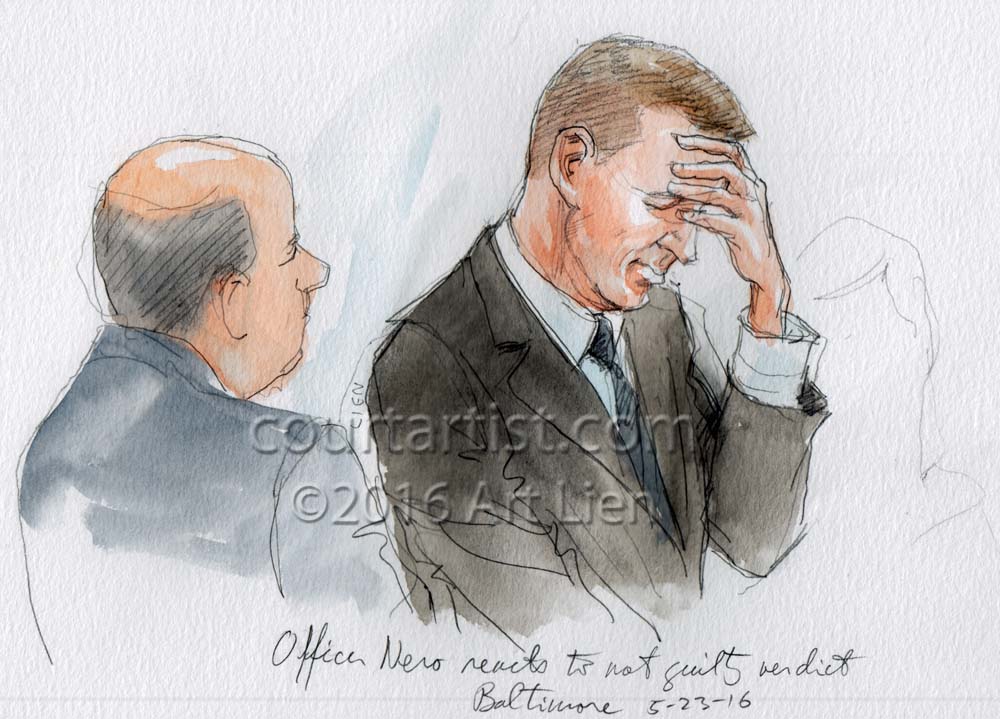 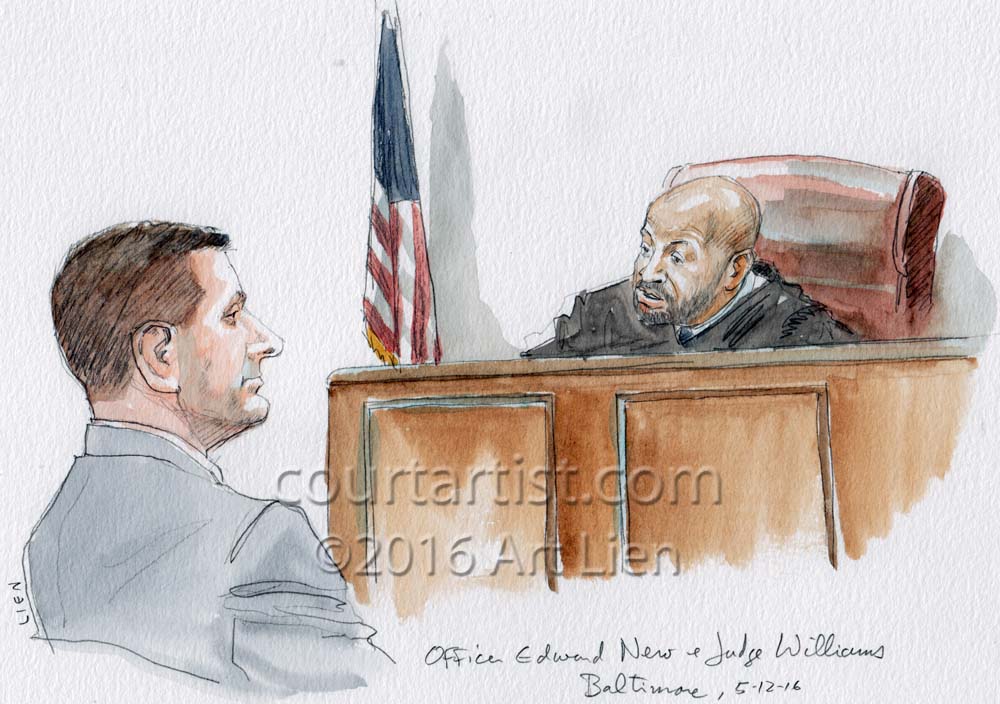 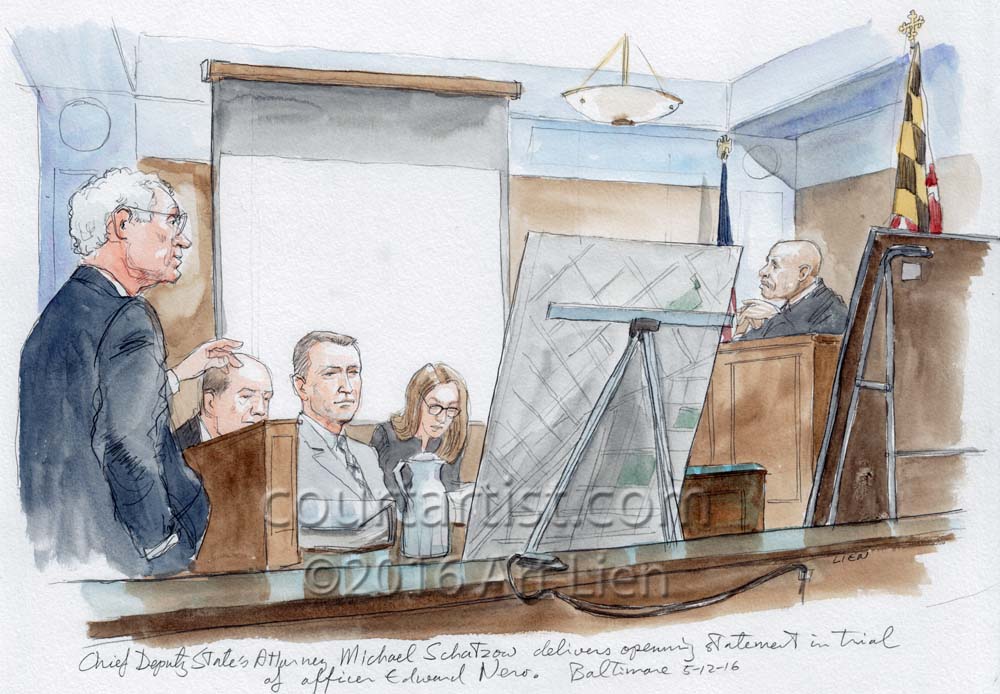 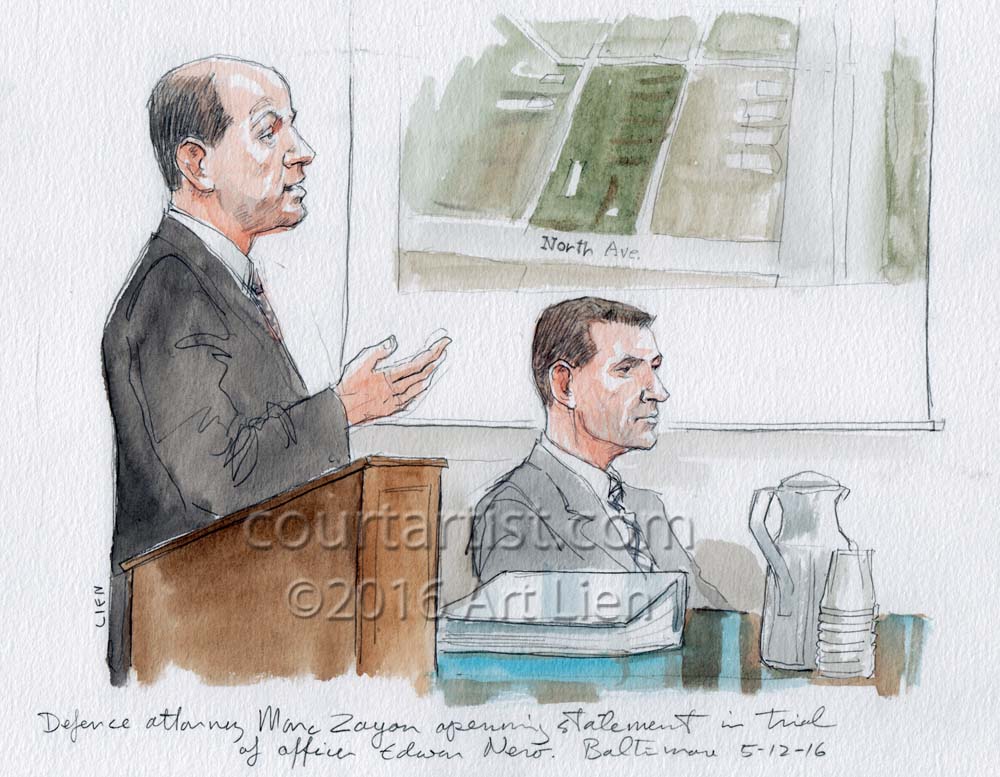 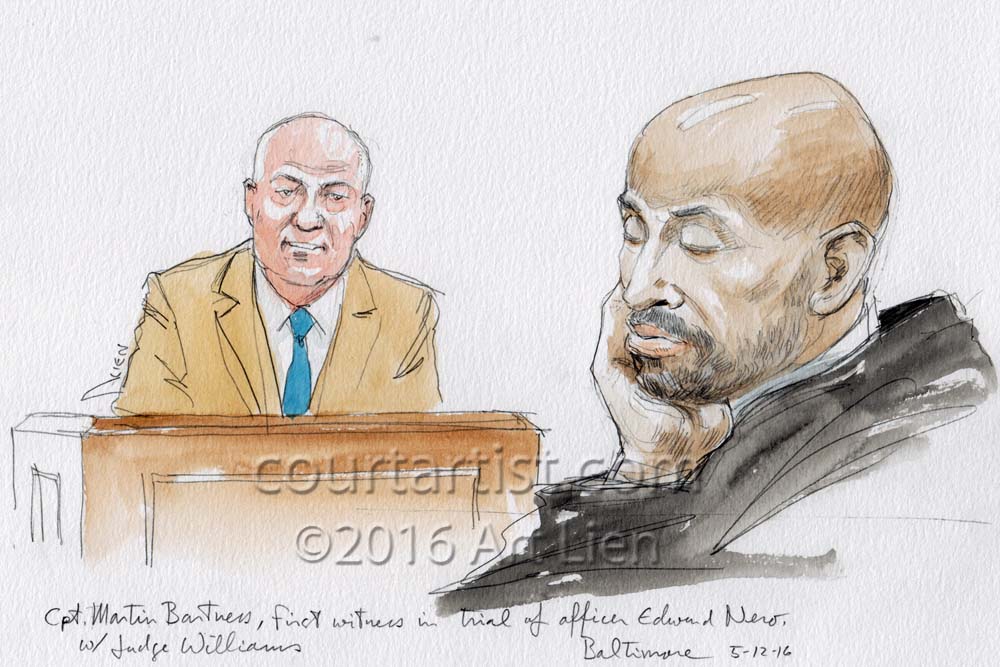 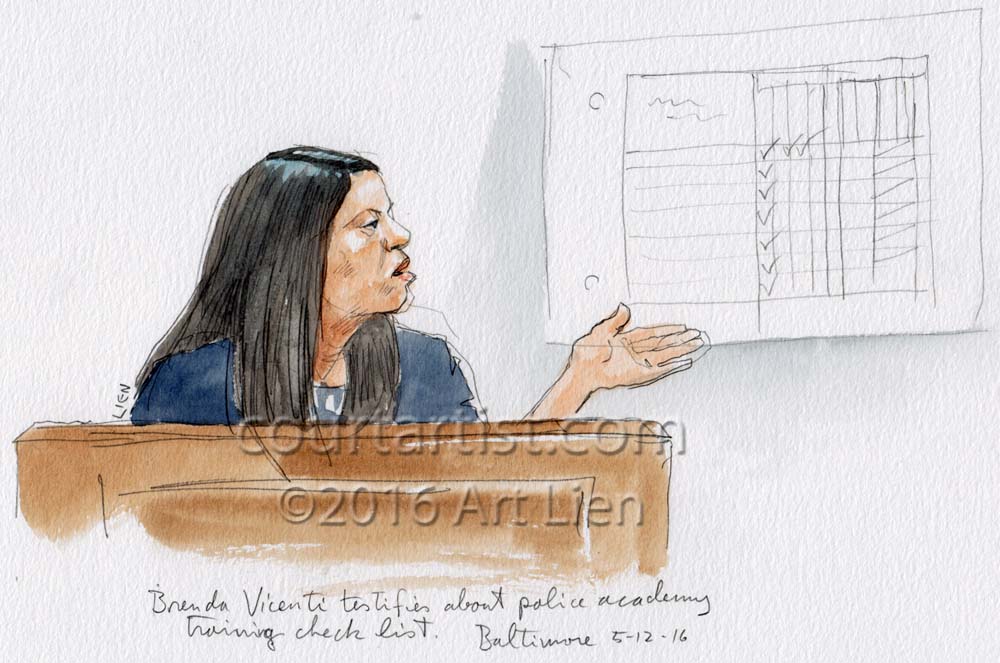