It Was All About Voting 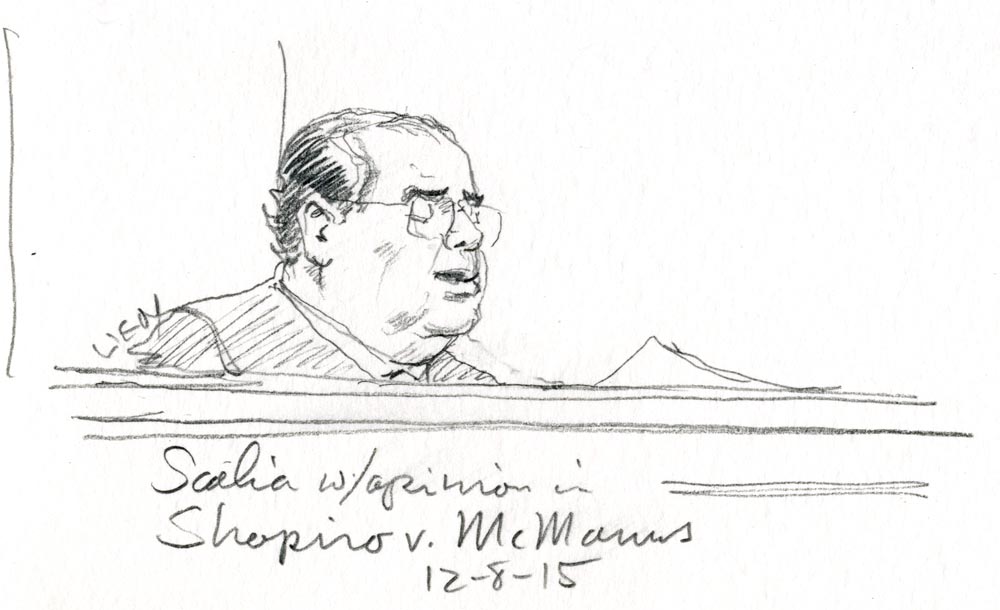 I prepared the banner you see above for SCOTUSblog because the Court was to hear arguments today in two voting related cases, Harris v. Arizona Independent Redistricting Commission and Evenwel v. Abbott. But I didn’t expect the trifecta that came with Justice Scalia’s opinion in a Maryland voting redistricting case, Shapiro v. McManus, especially since it was argued just last month. My lucky day.

Anyway, here are the sketches from today’s two argument: 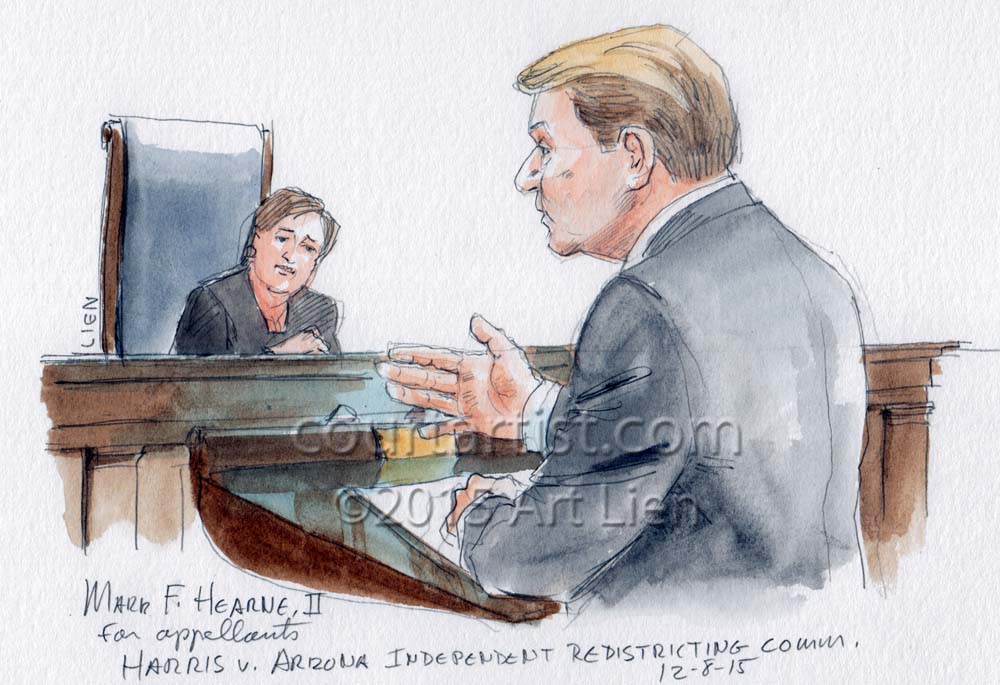 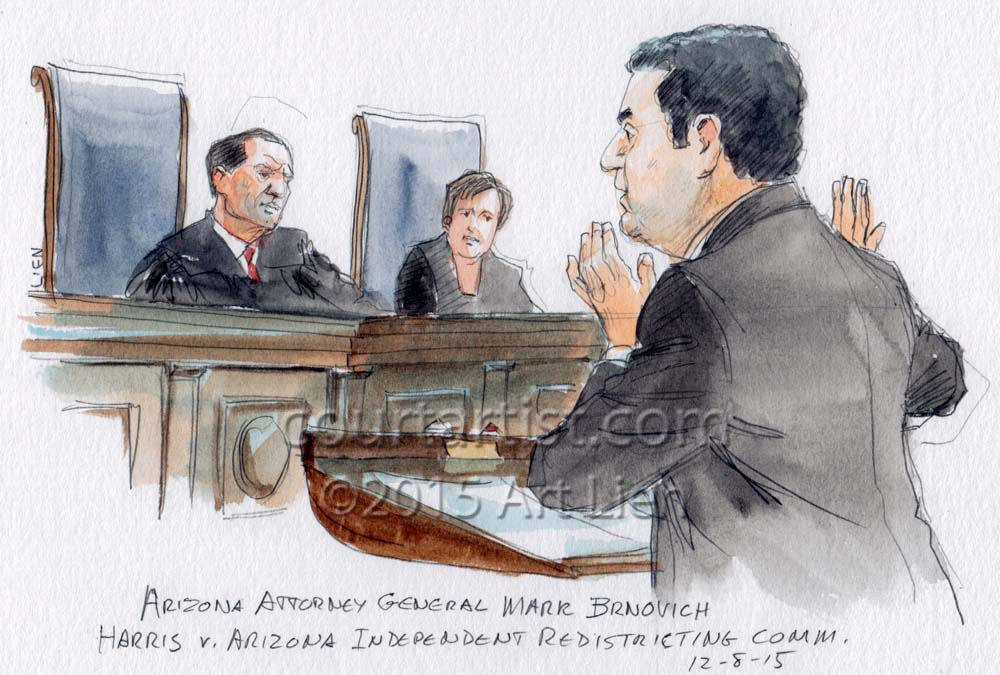 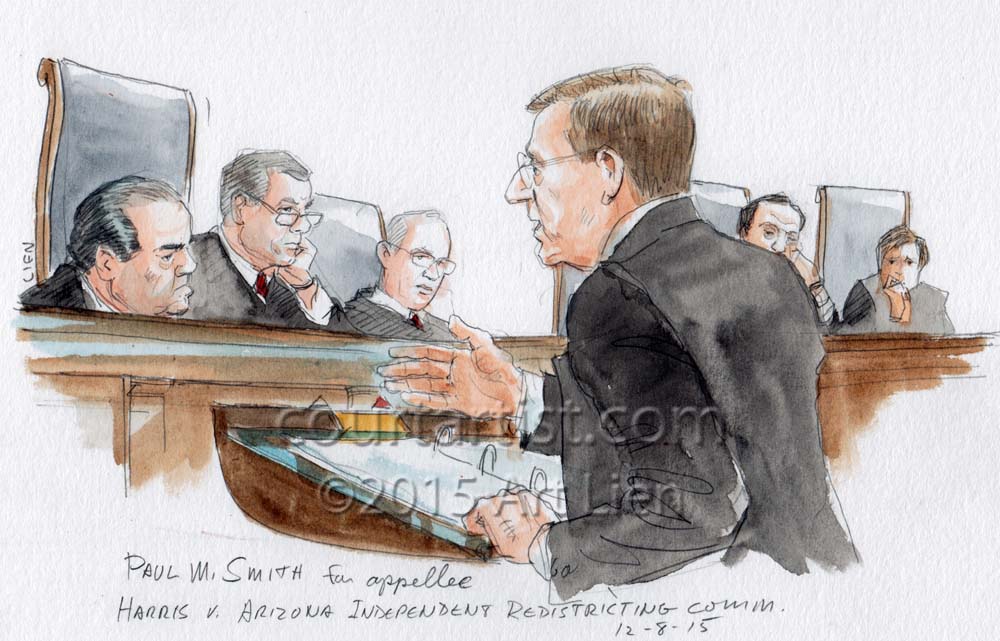 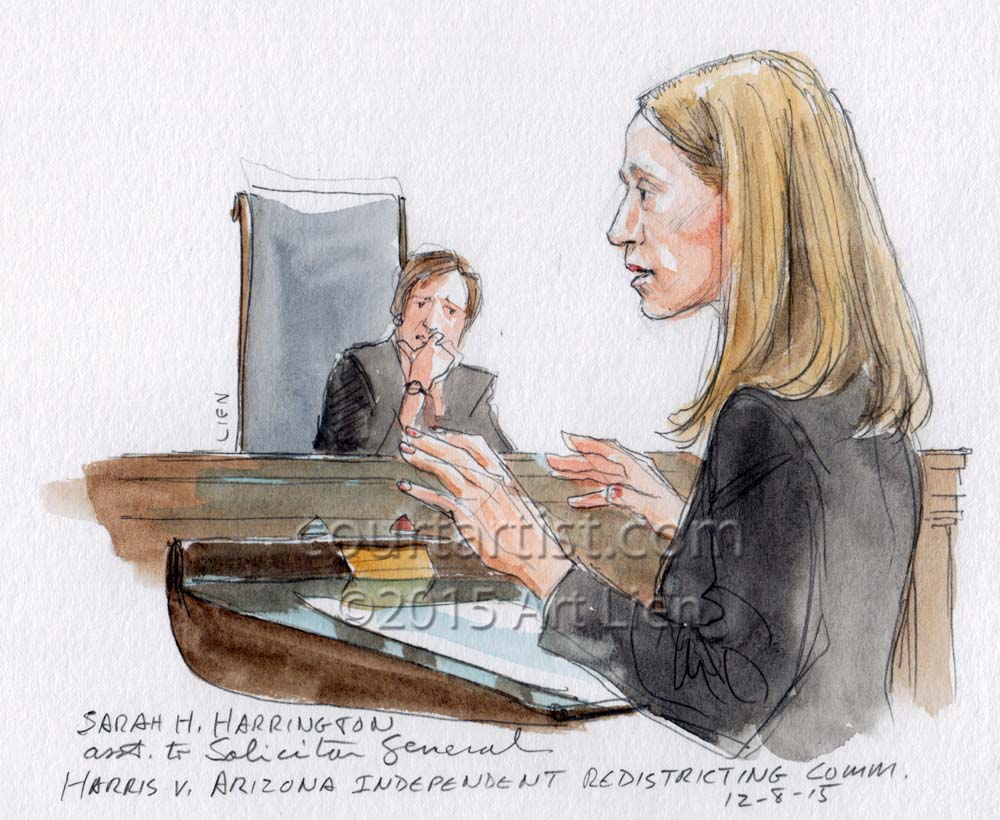 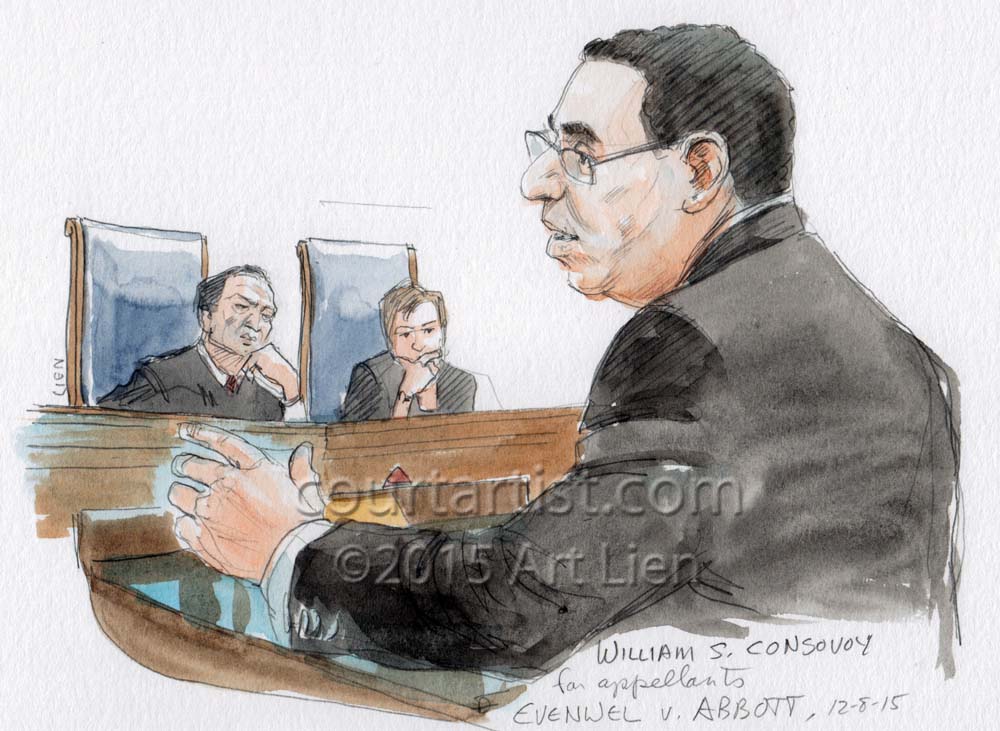 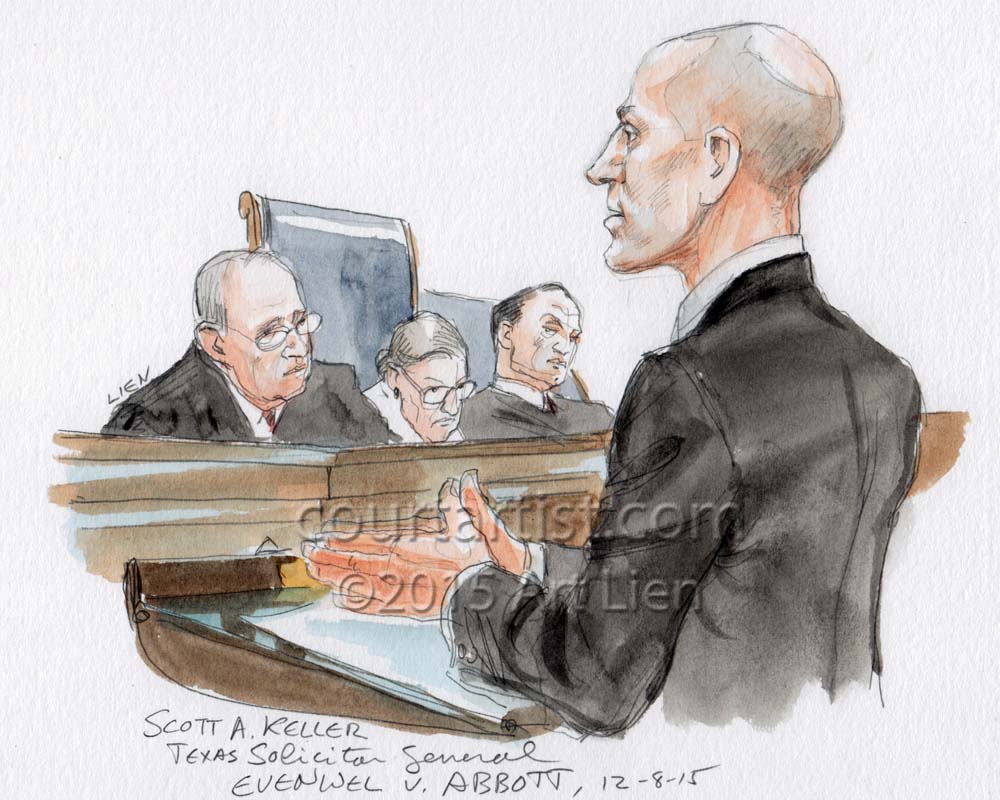 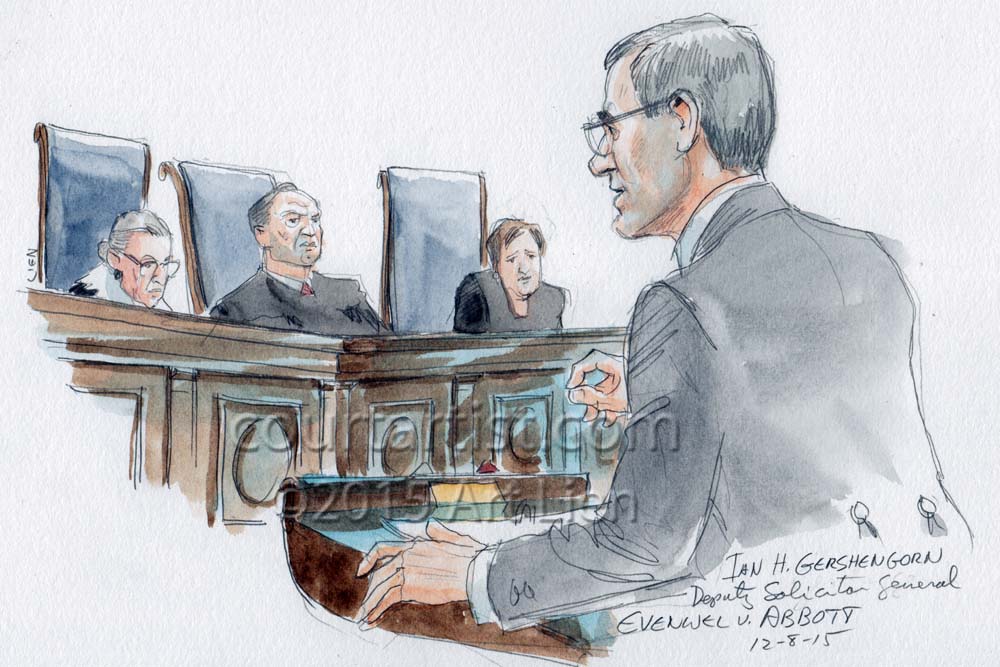 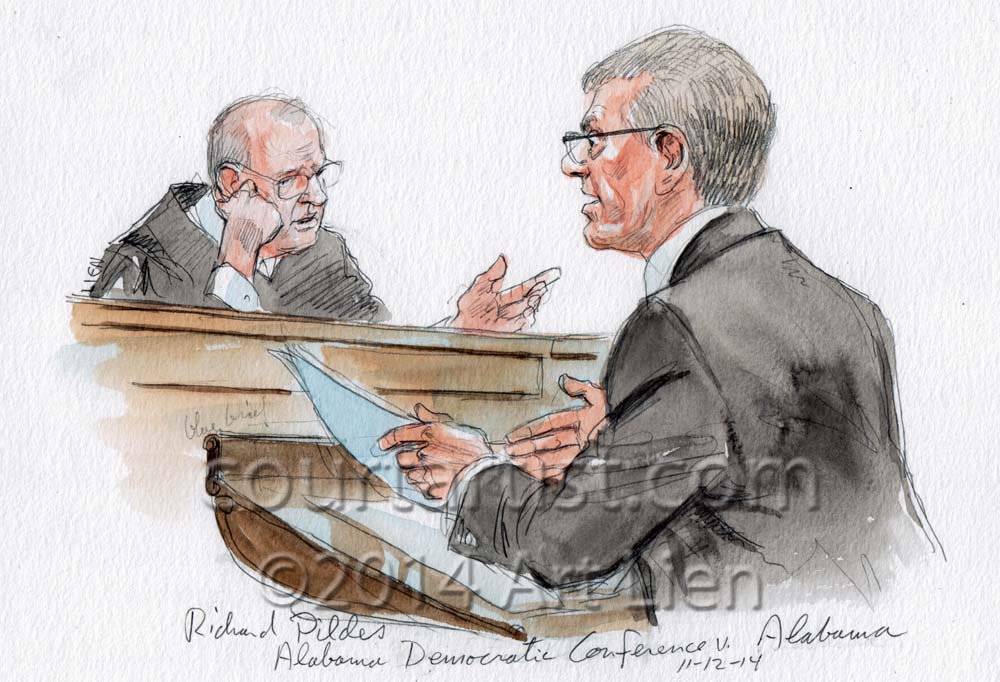 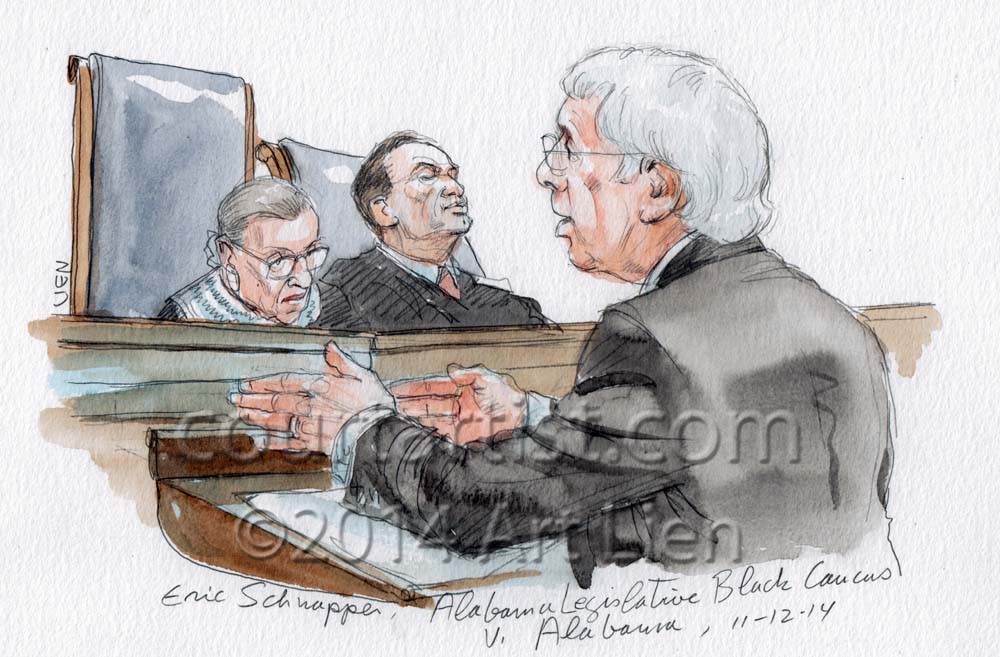 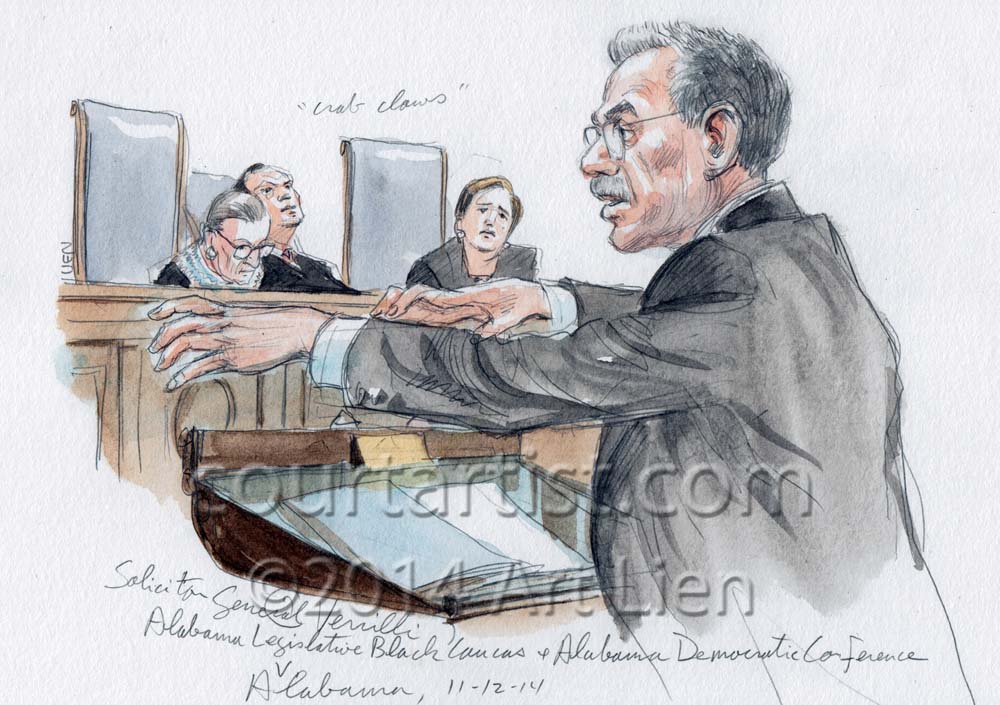 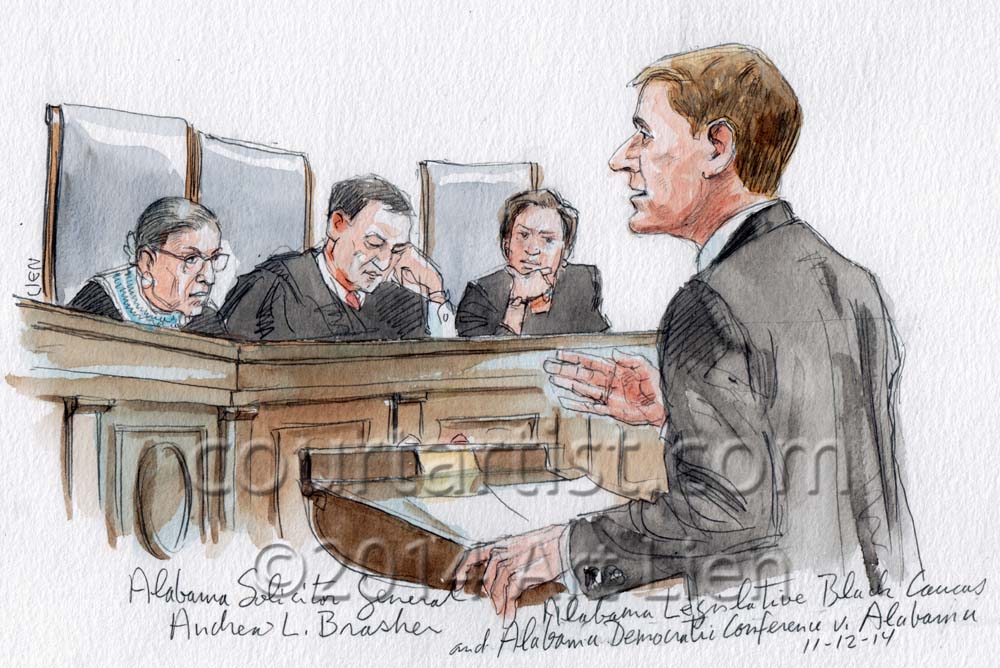 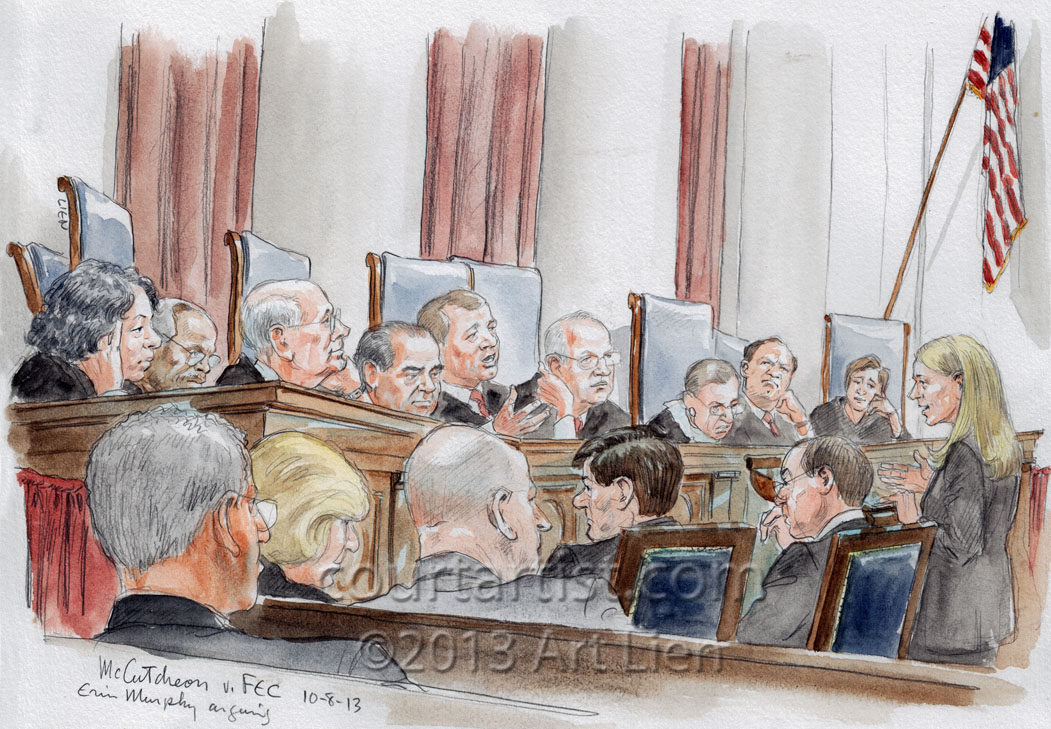 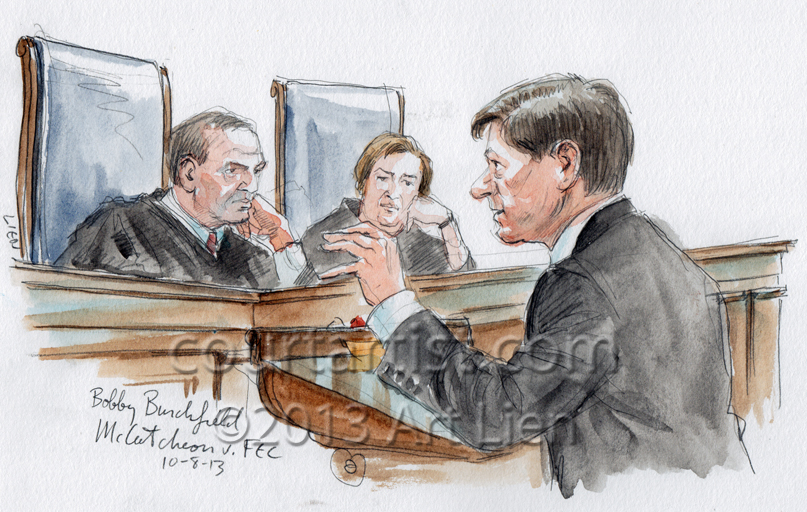 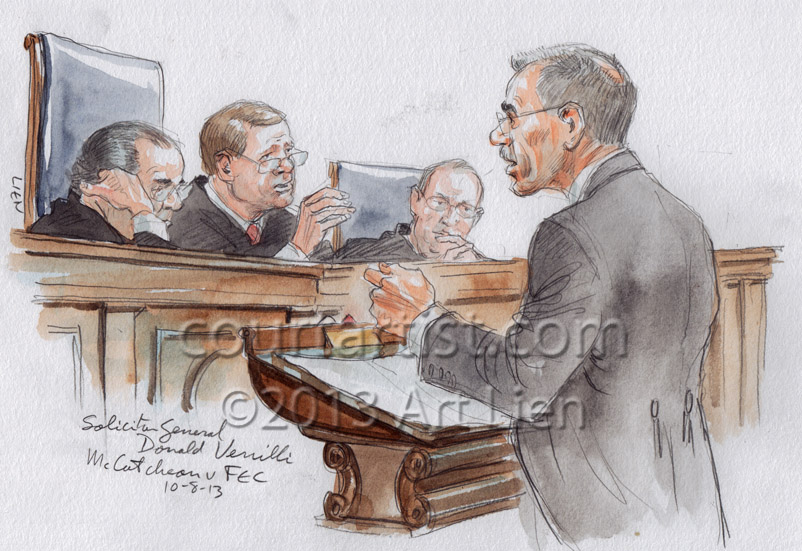