What is “Separate Sovereigns”, Alex? 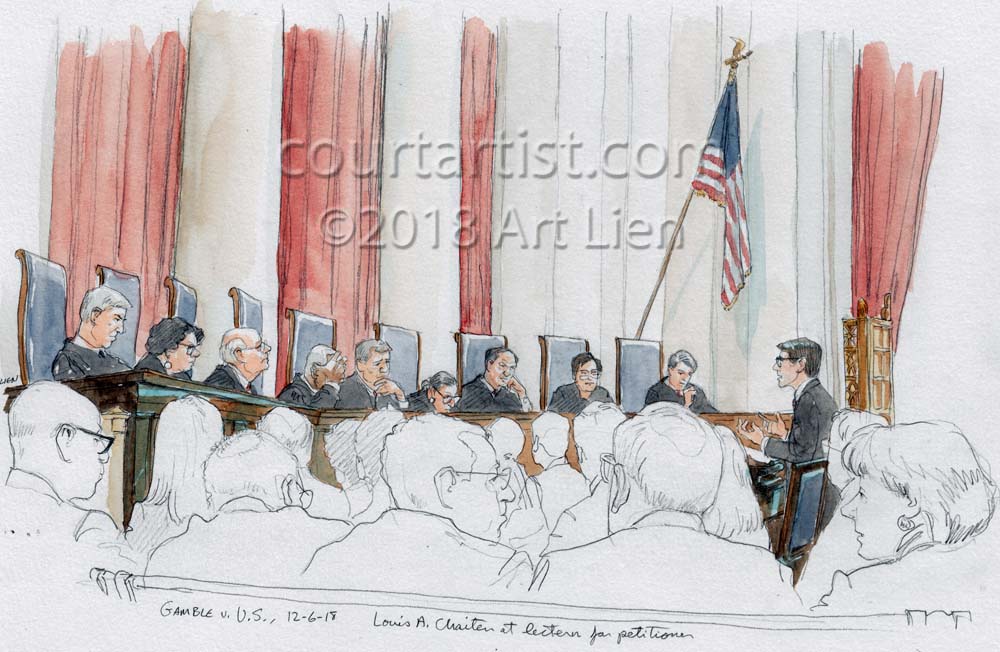 Answer: an exception to the double-jeopardy rule.

Here are a few sketches from Thursday’s argument in Gamble v. United States where Terance Gamble challenges his prosecution and conviction for the same offense in both state and federal court despite the Fifth Amendment’s rule that  no “person [shall] be subject for the same offence to be twice put in jeopardy of life or limb.” 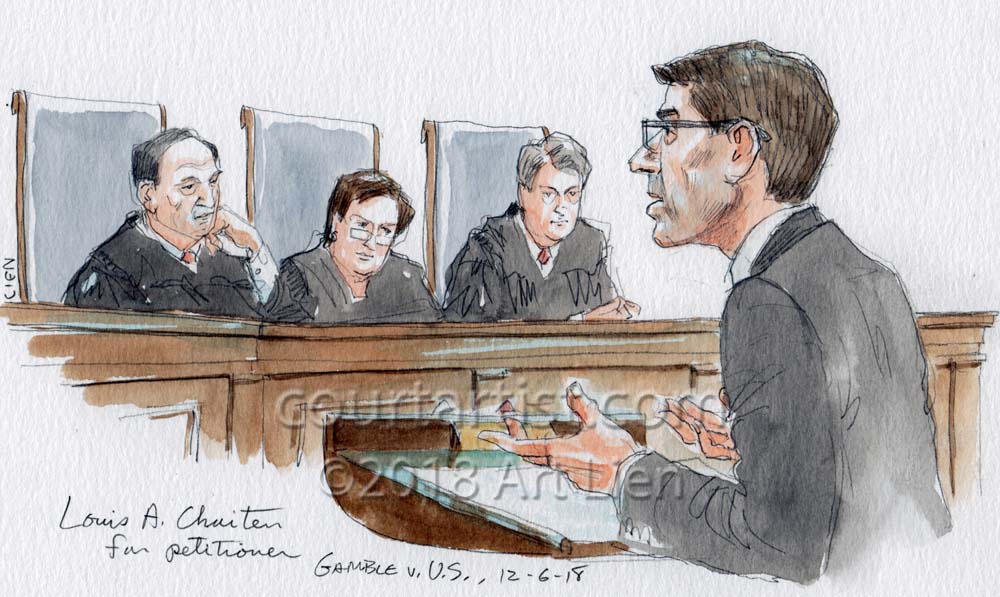 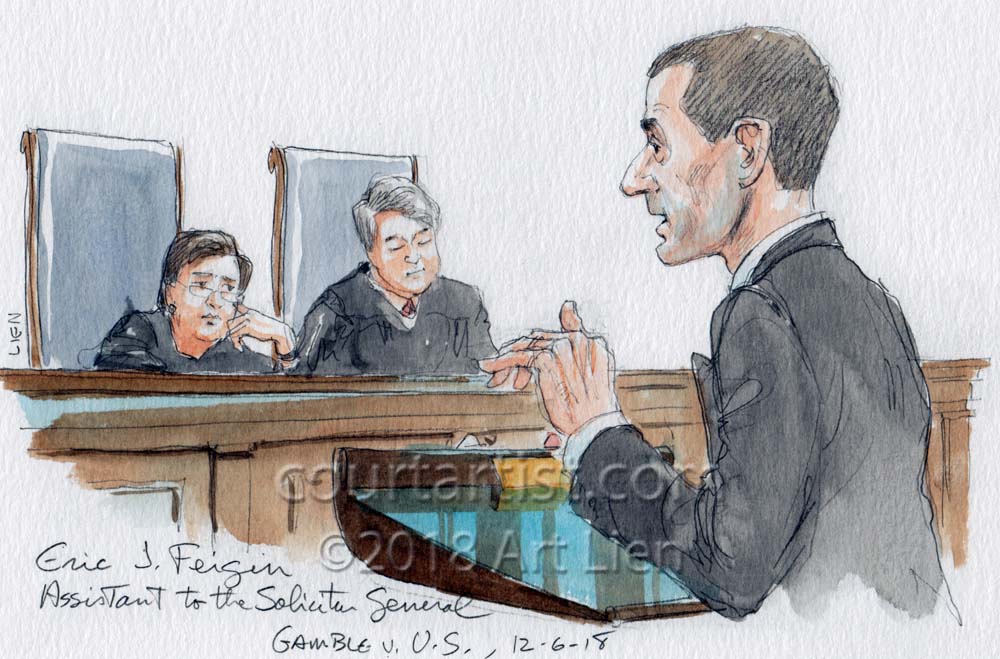 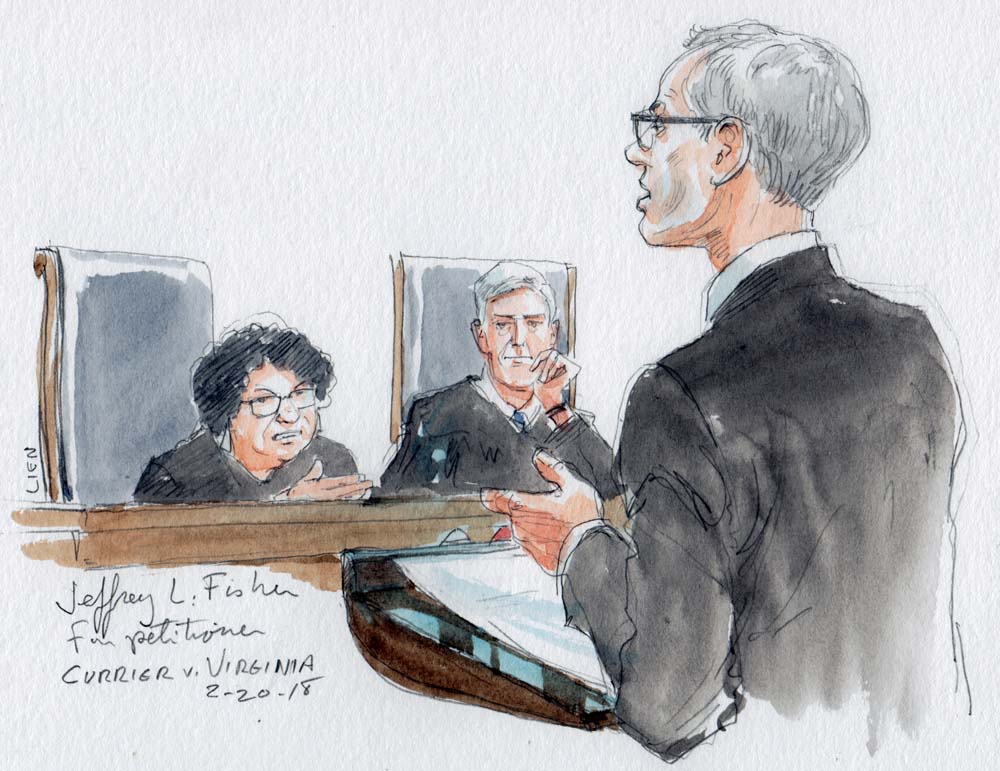 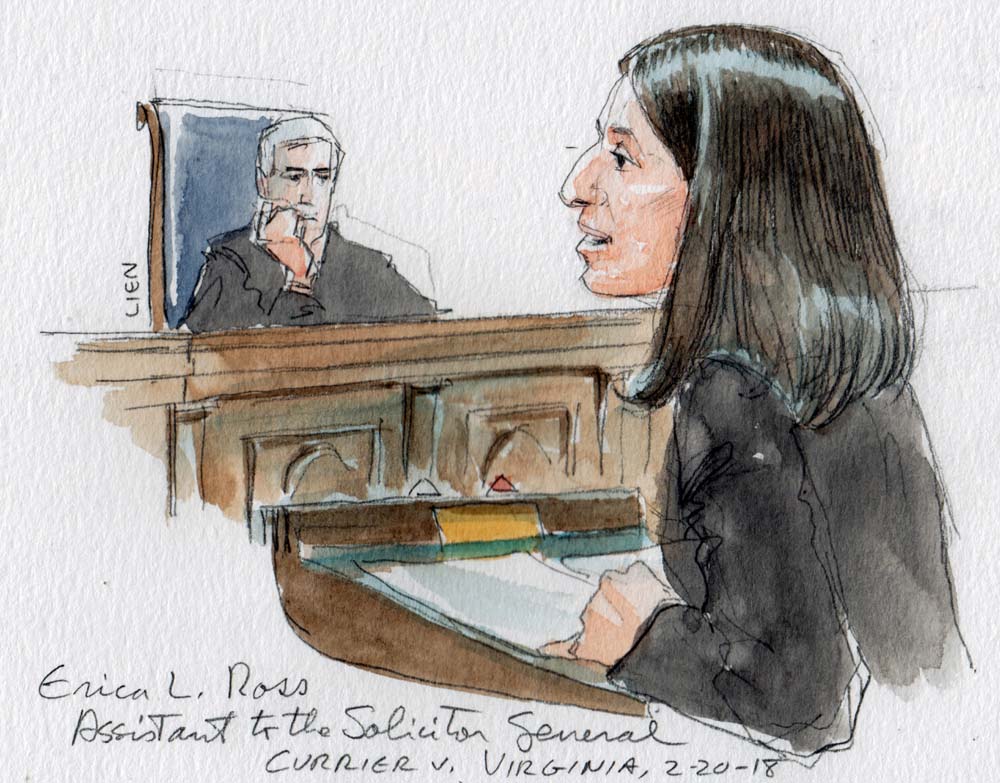 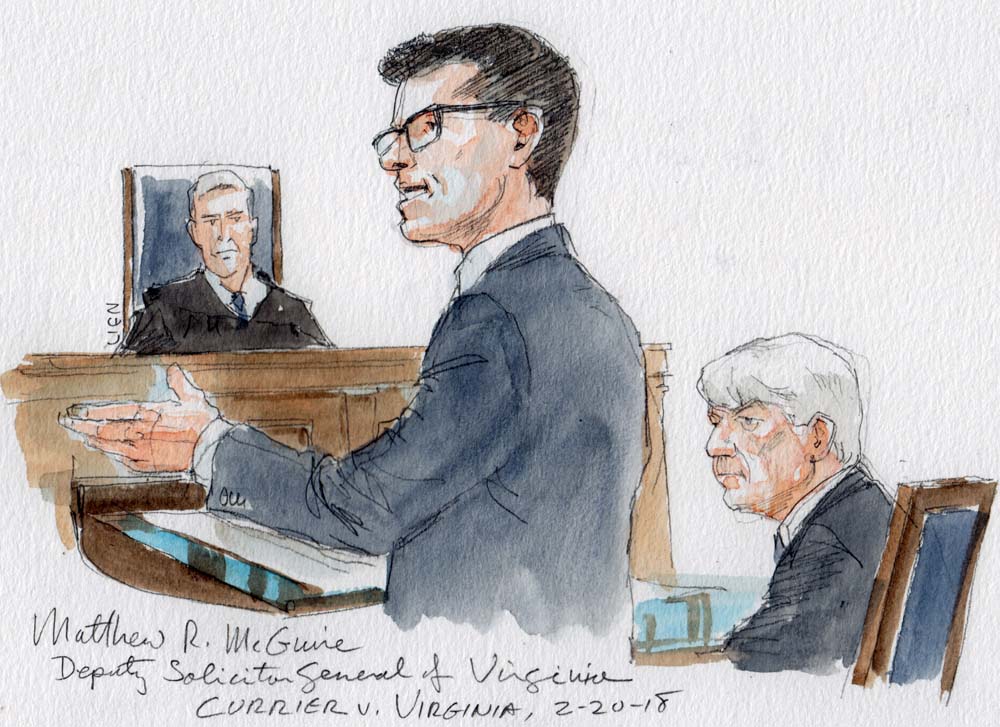 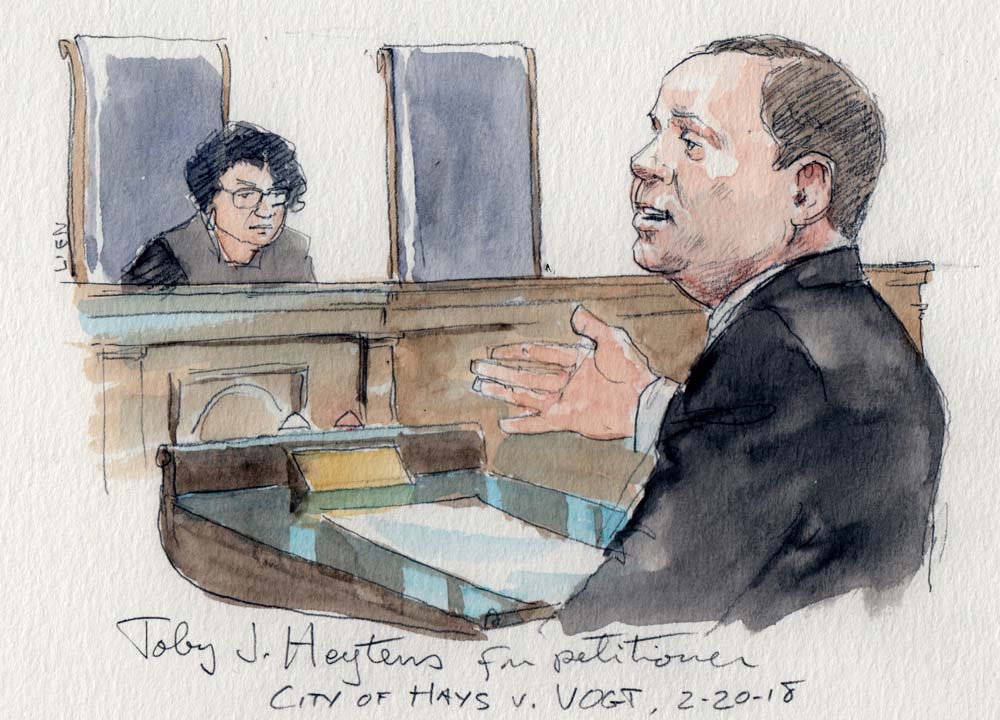 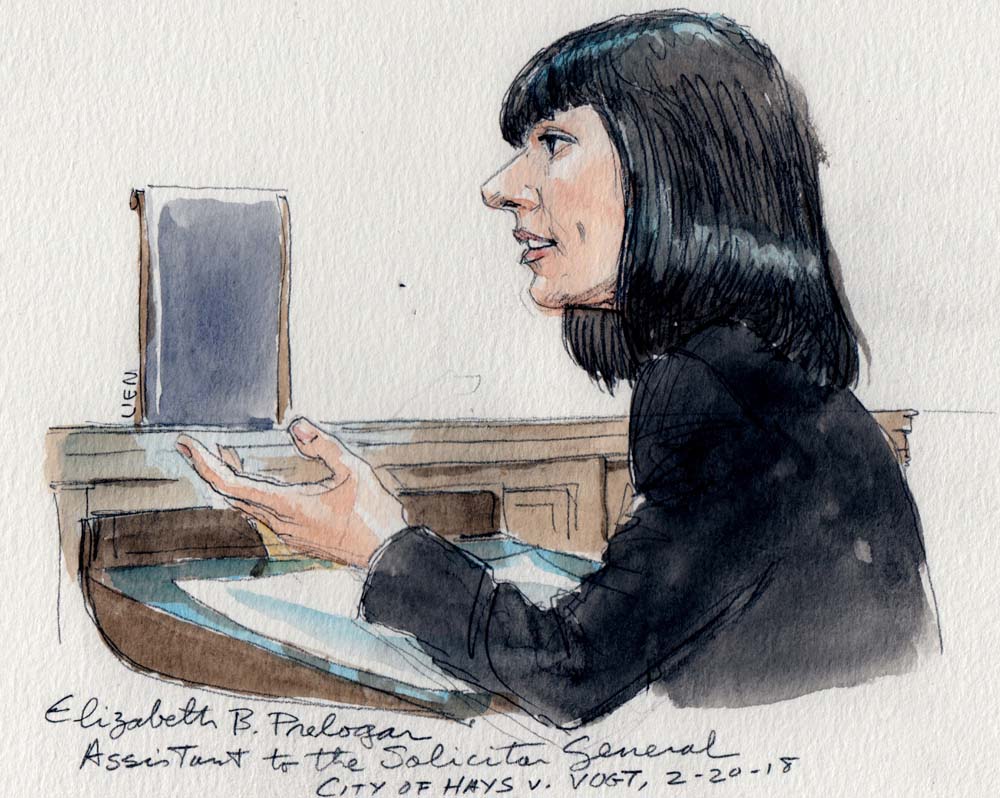 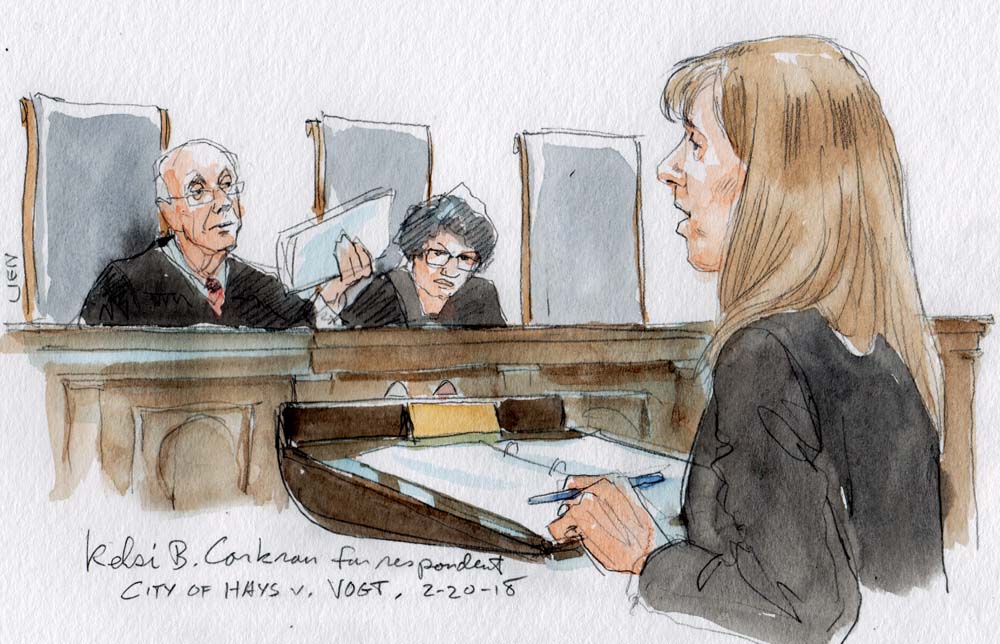 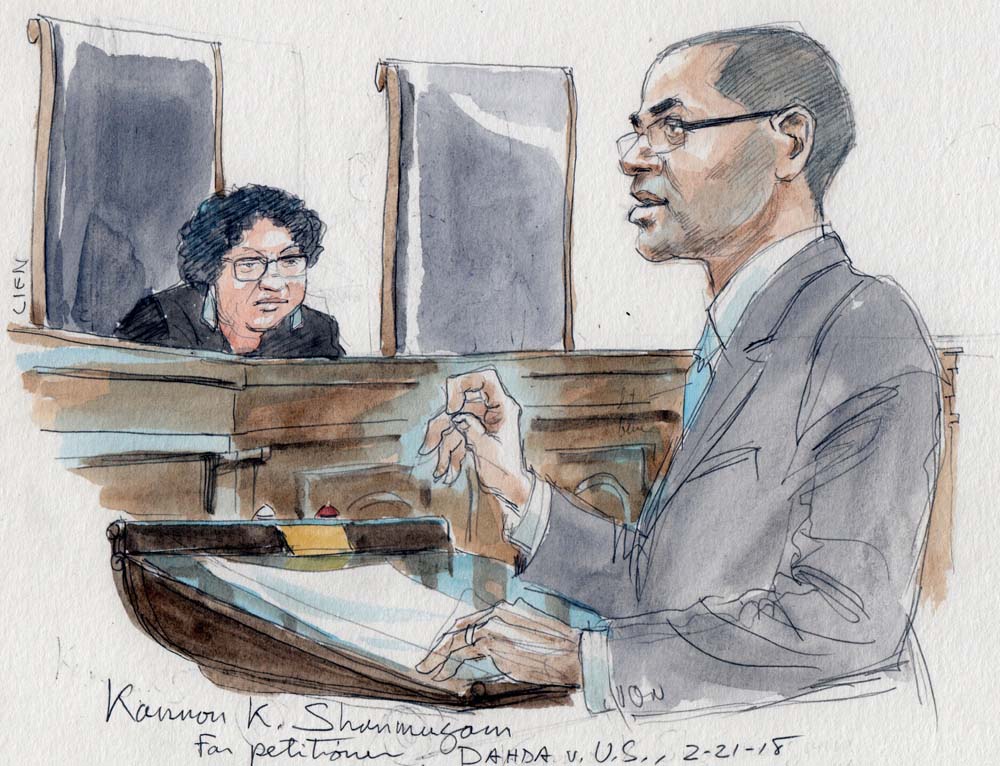 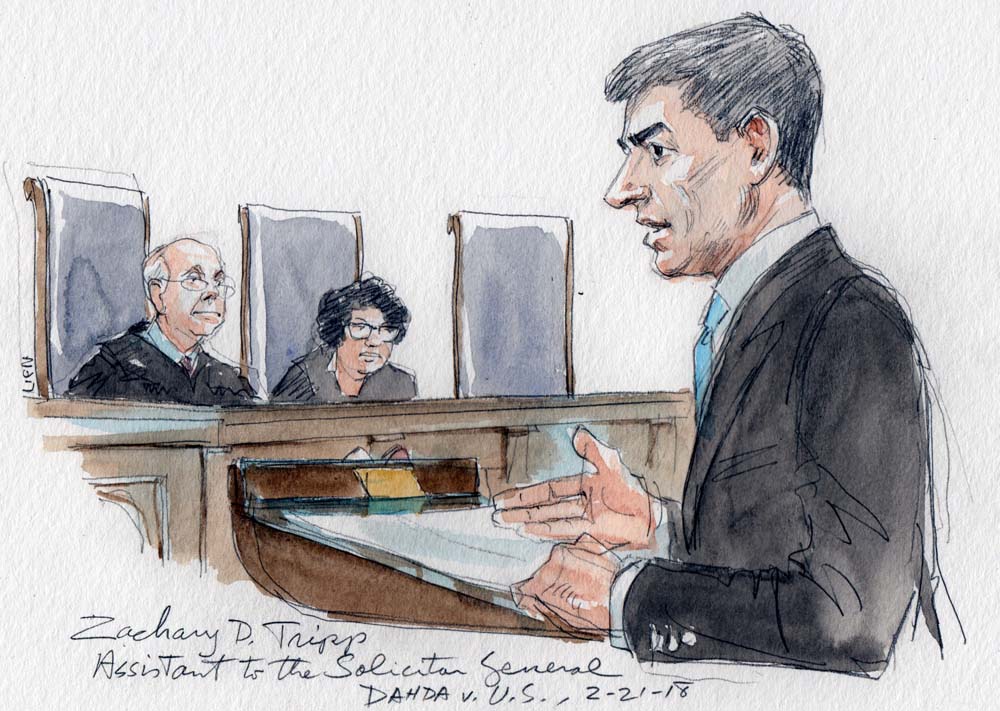 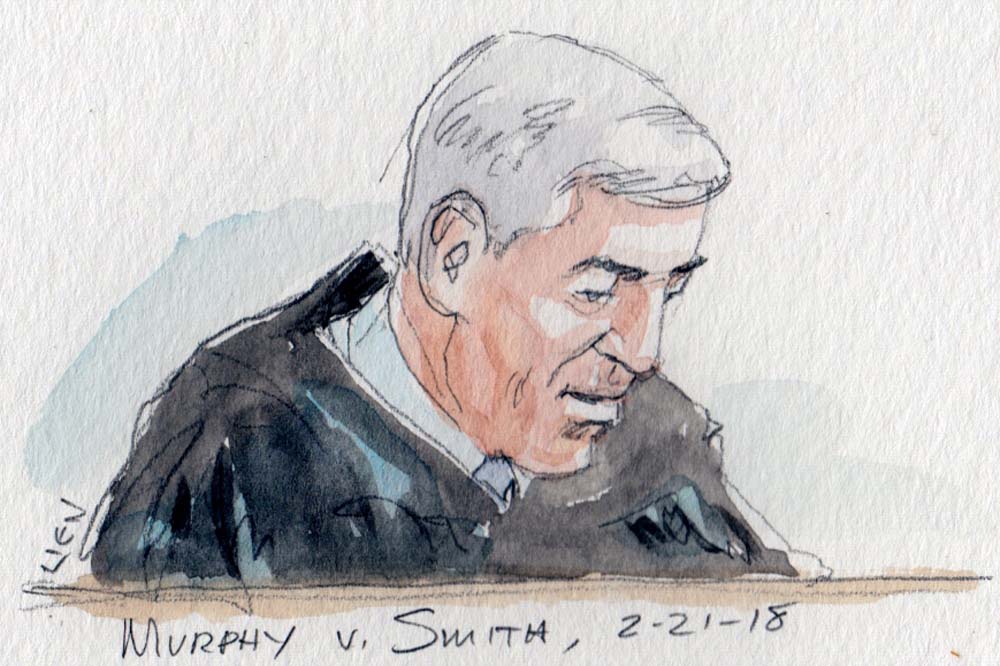 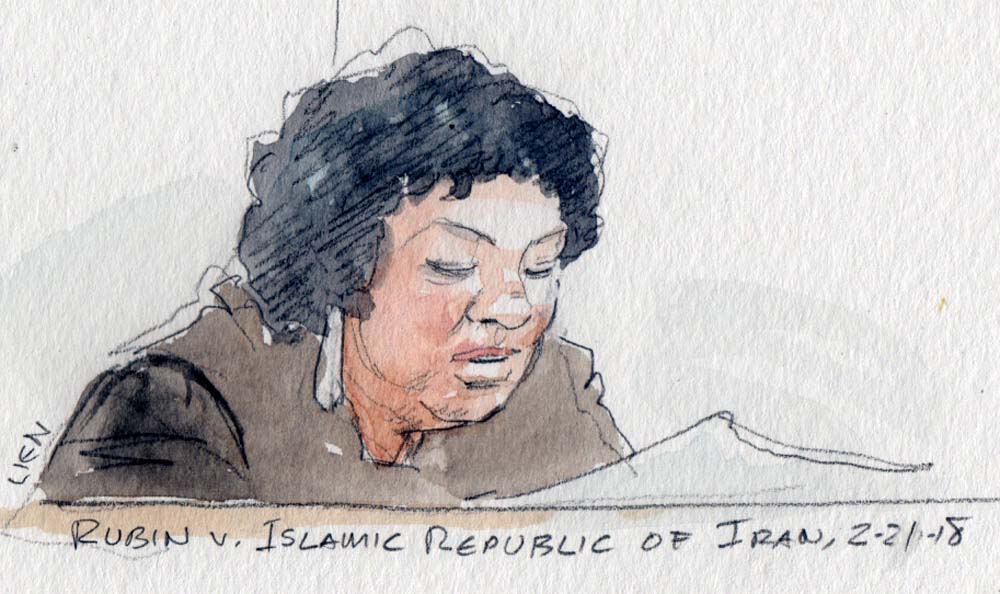 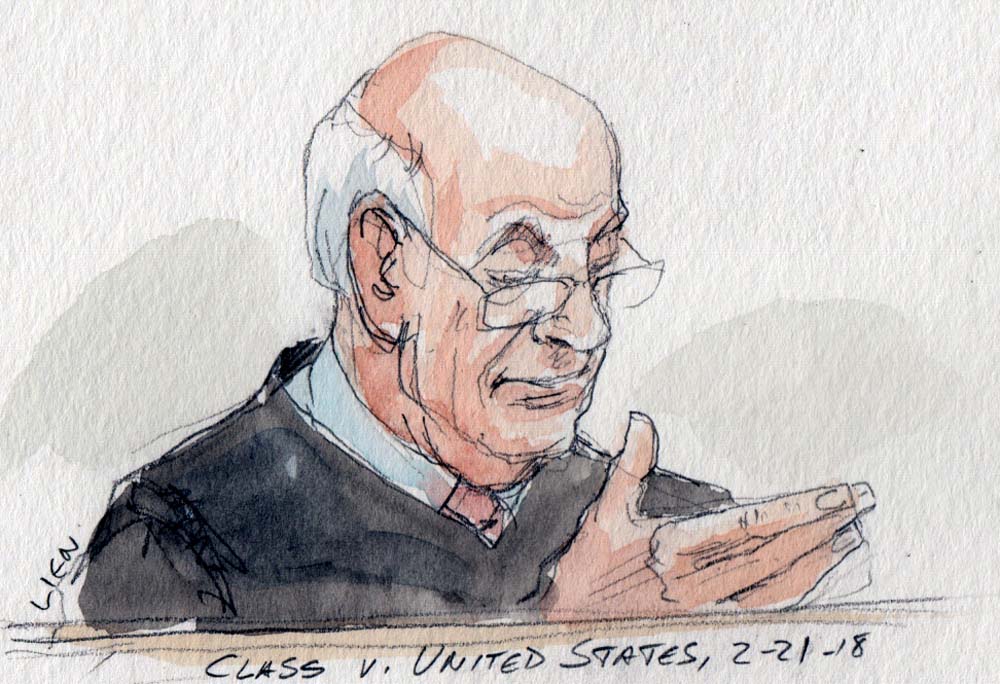 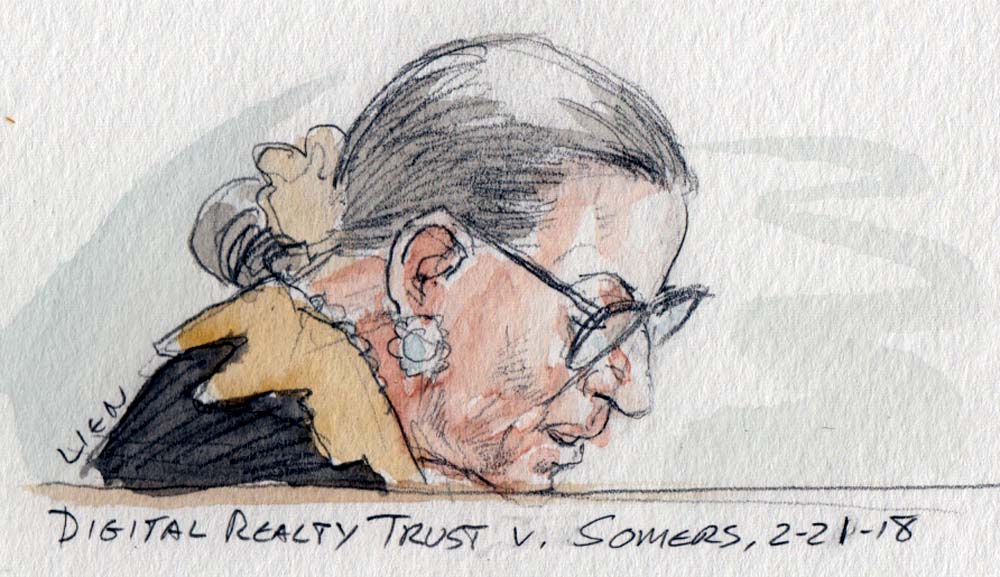 Here are sketches from three of the five cases argued in the Supreme Court during this first week of the October 2016 term (wish I hadn’t skipped Tuesday’s bank fraud argument, Shaw v. U.S., and missed Justice Breyer’s Kardashian hypothetical ). 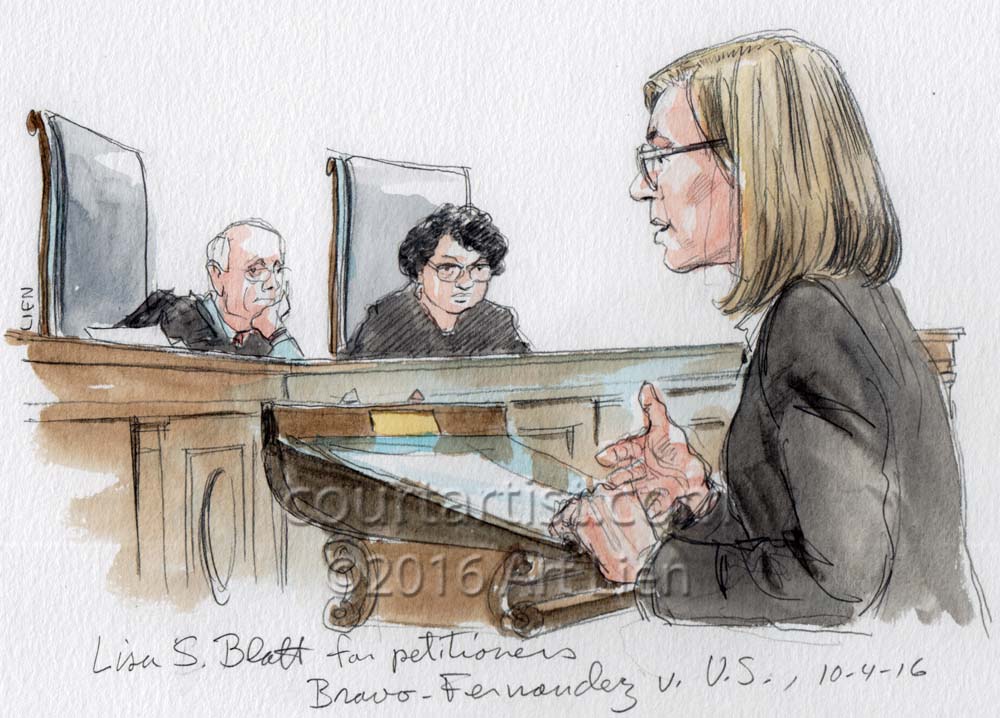 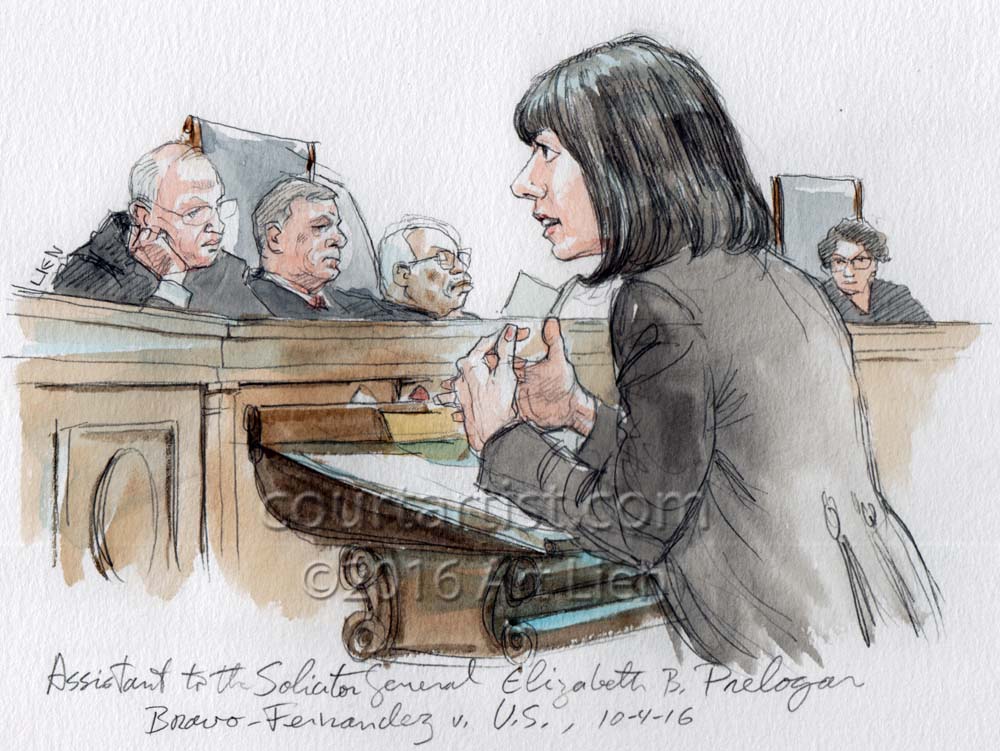 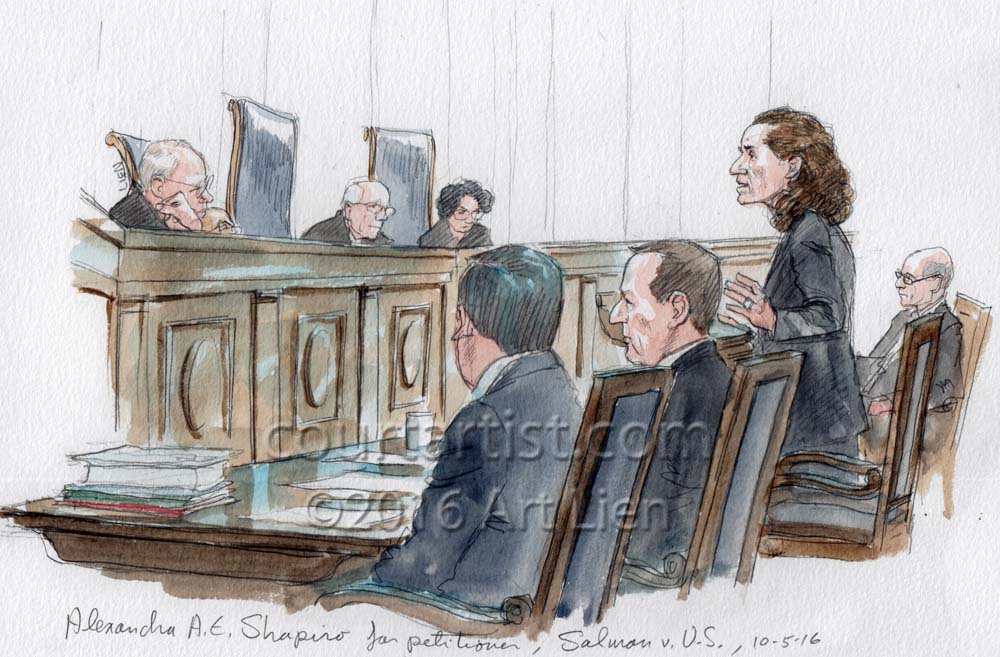 . . . and the Texas racial bias in death penalty arguments in Buck v. Davis : 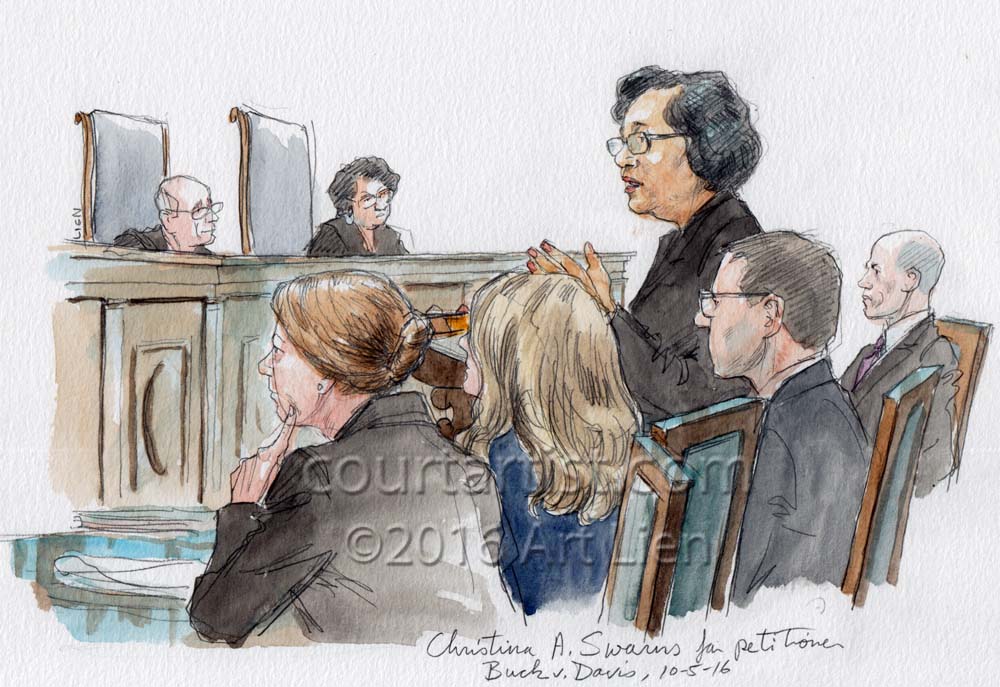 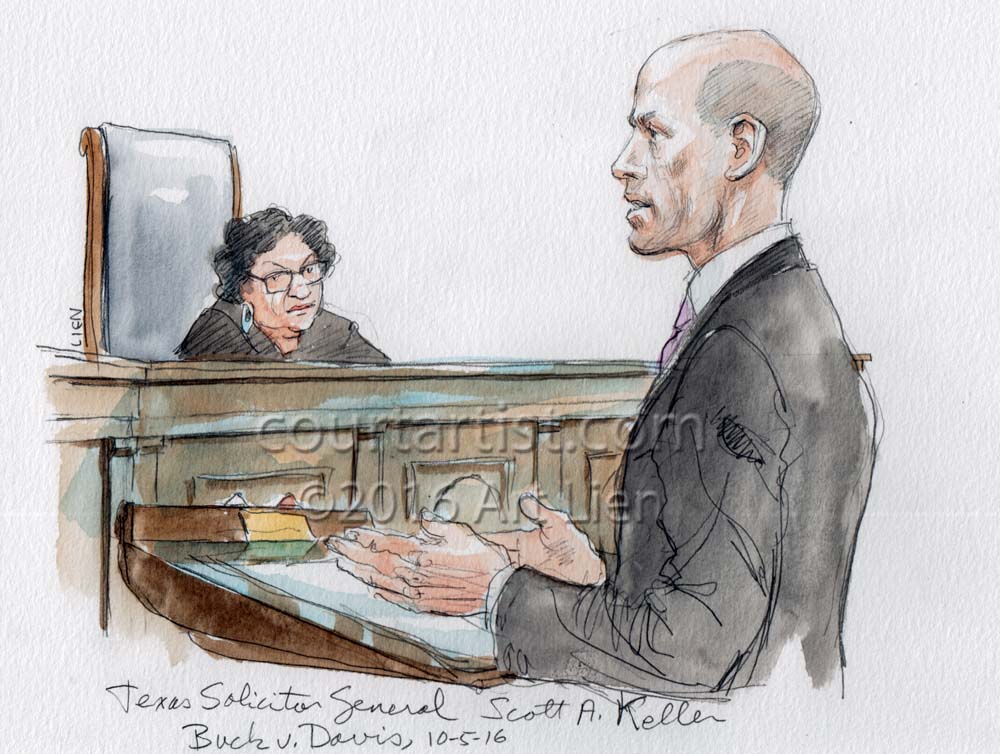