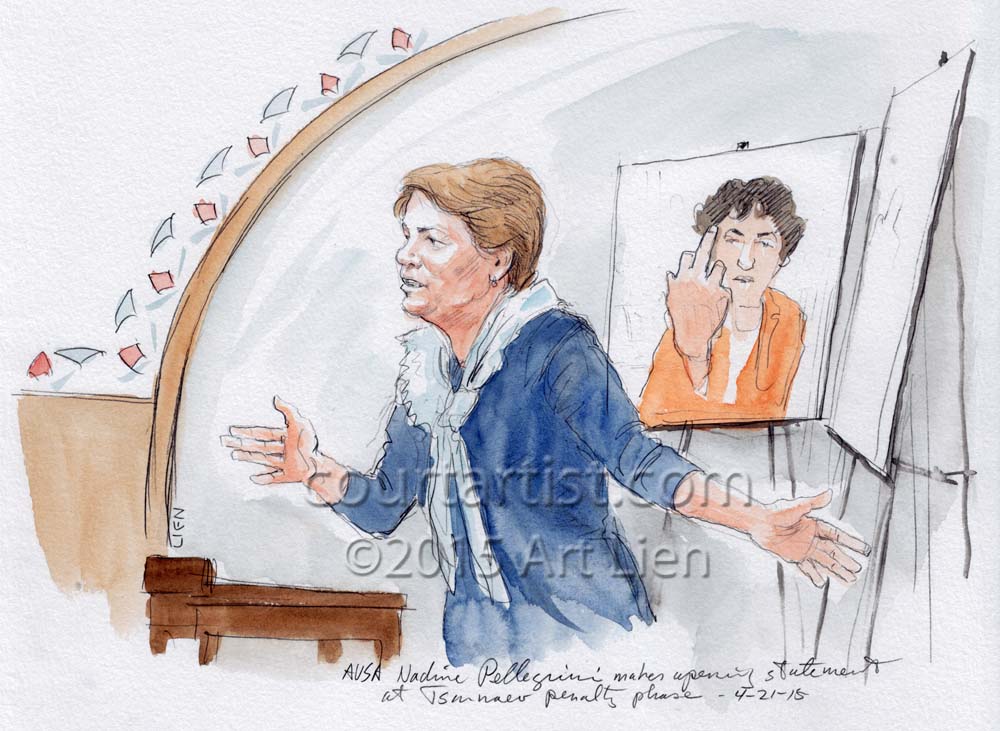 I remember thinking that Dzhokhar Tsarnaev appeared very cocky at his arraignment back in July, 2013. Well, that impression was confirmed today when the prosecution in its opening displayed a photo of Tsarnaev giving the finger to the camera in his holding cell at the courthouse the day of his arraignment. 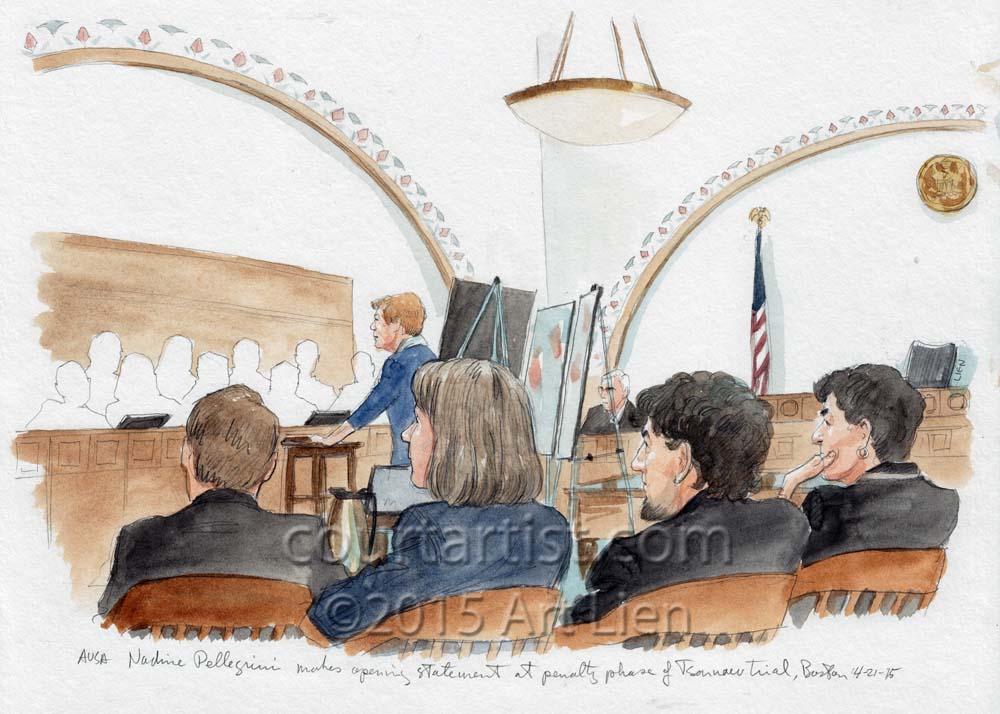 Assistant U.S. Attorney Nadine Pellegrini displayed the photo of Tsarnaev along side smiling photos of his five dead victims. “This is Dzhokhar Tsarnaev,” she told the jury, “unconcerned, unrepentant and unchanged. Without remorse, he remains untouched by the grief and the loss he caused.” 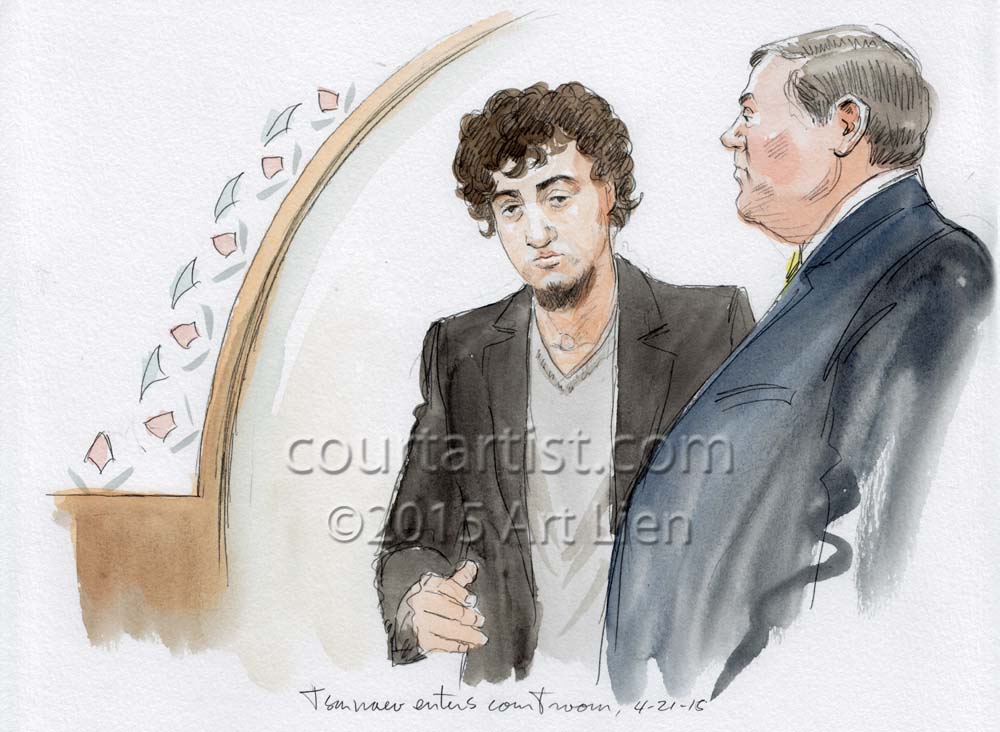 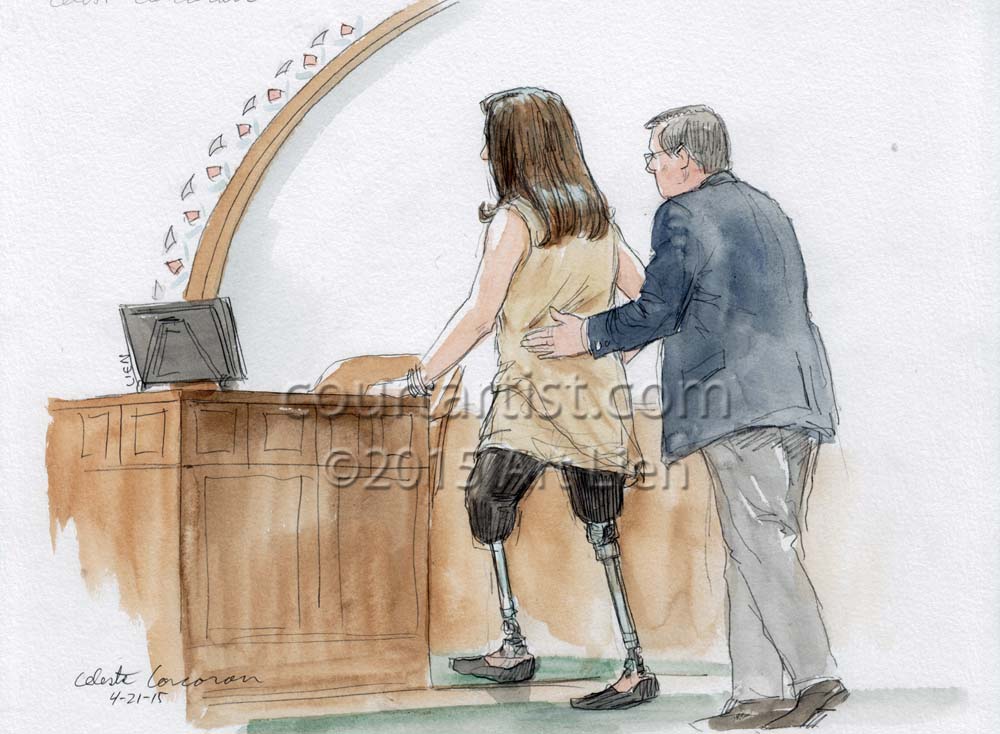 The testimony today was painful and heartbreaking. Here are some sketches of the witnesses. 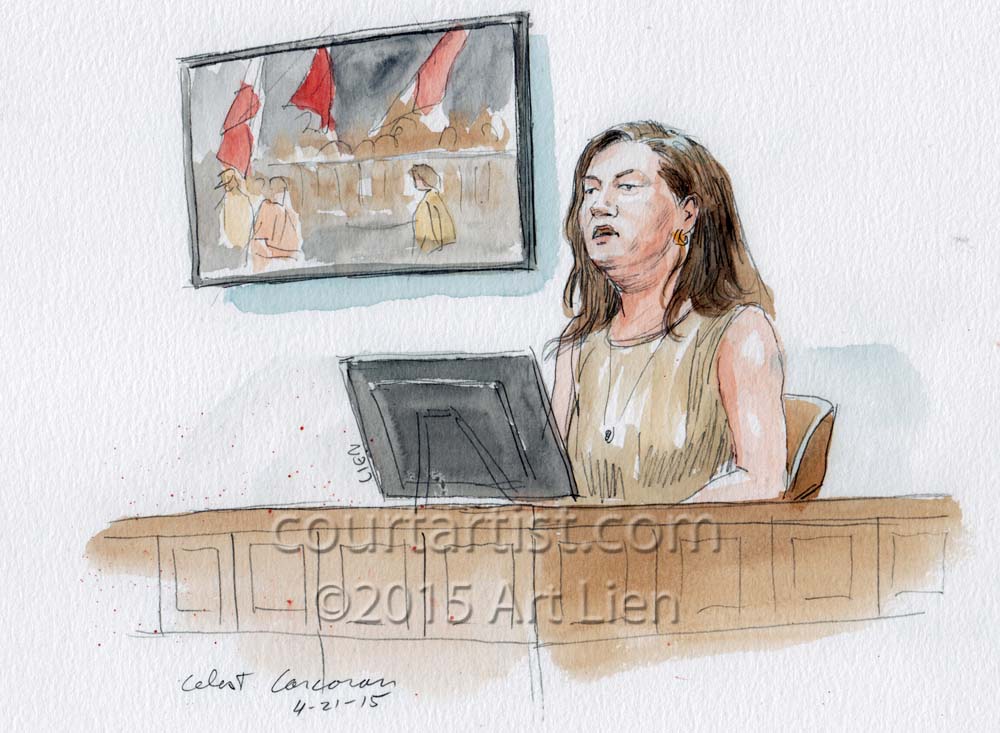 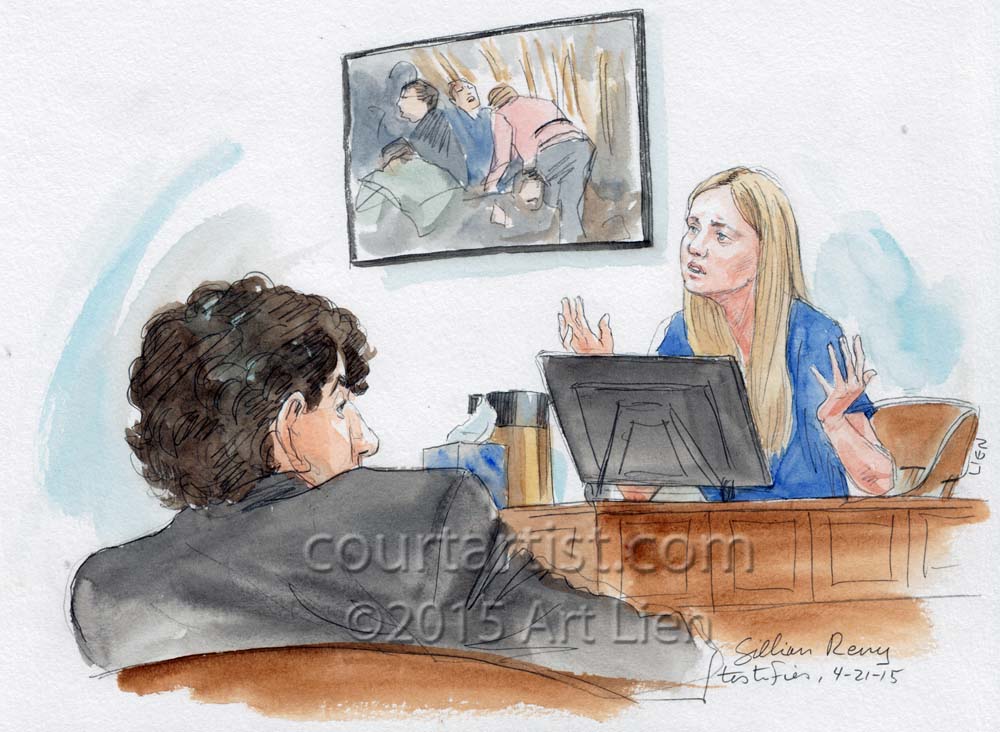 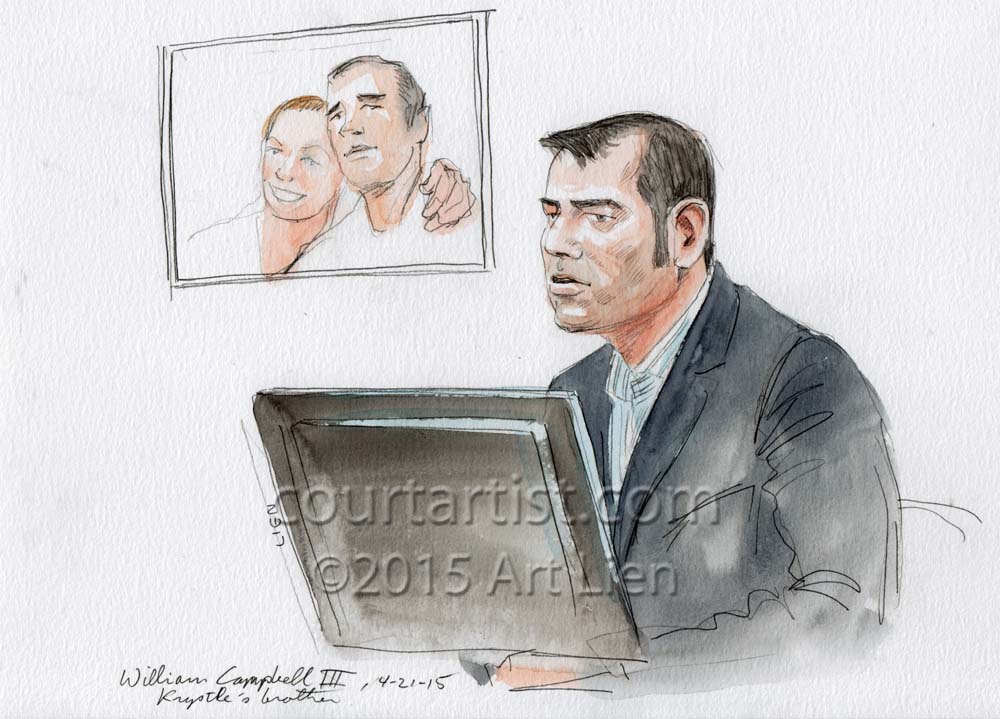 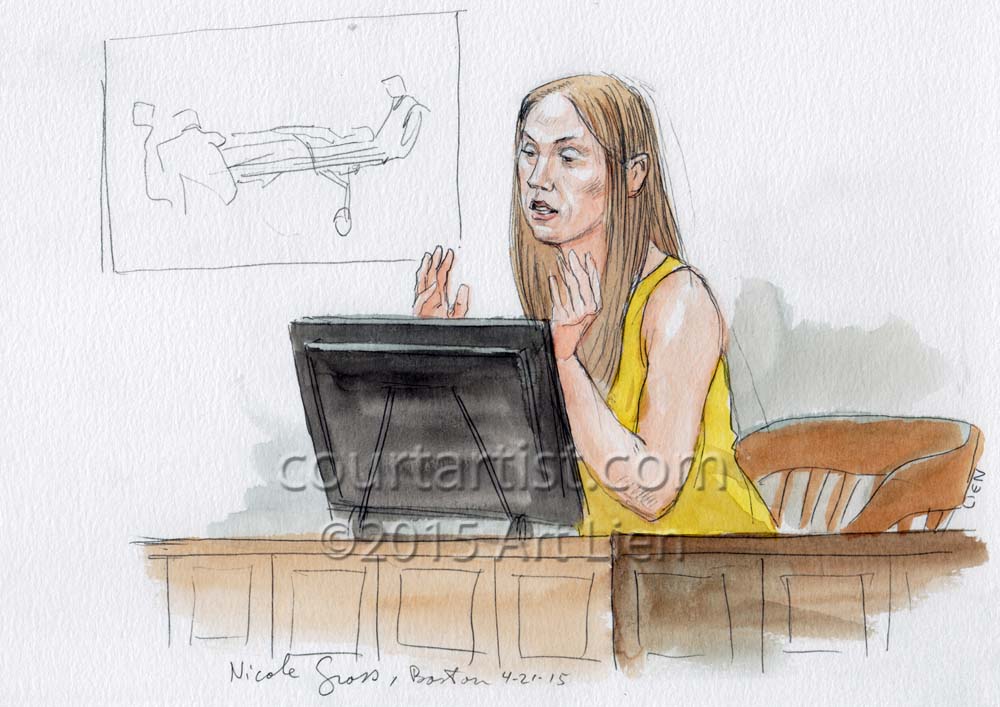 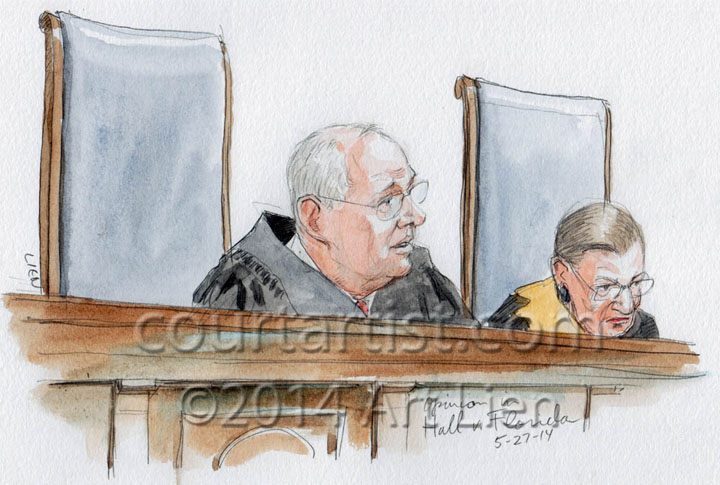 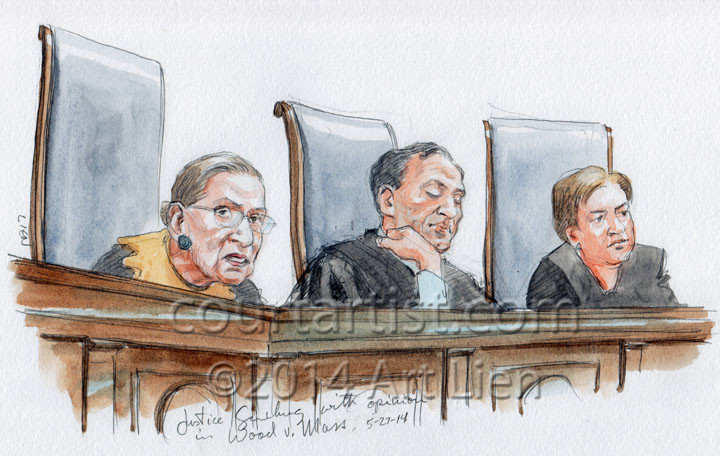 Theme of the Day: Death Penalty 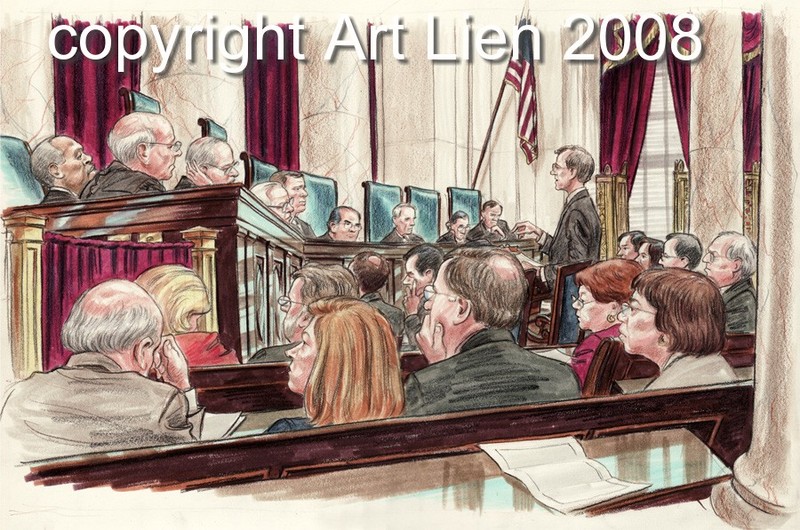 Yesterday, April 15th, the Supreme Court appropriately delivered two tax related opinions.  Today, as they were about to hear arguments on a Louisiana law that permits the death penalty in cases of child rape, the Court announced their decision approving the use of lethal injection to administer capital punishment.

The sketch shows attorney Jeffrey Fisher arguing today for the petitioner in Kennedy v. Louisiana.  Fisher also appeared before the Supreme Court earlier this term representing the victims of the Exxon Valdez oil spill; a sketch of that argument can be found here.

Washington Post story on the Louisiana case is here.