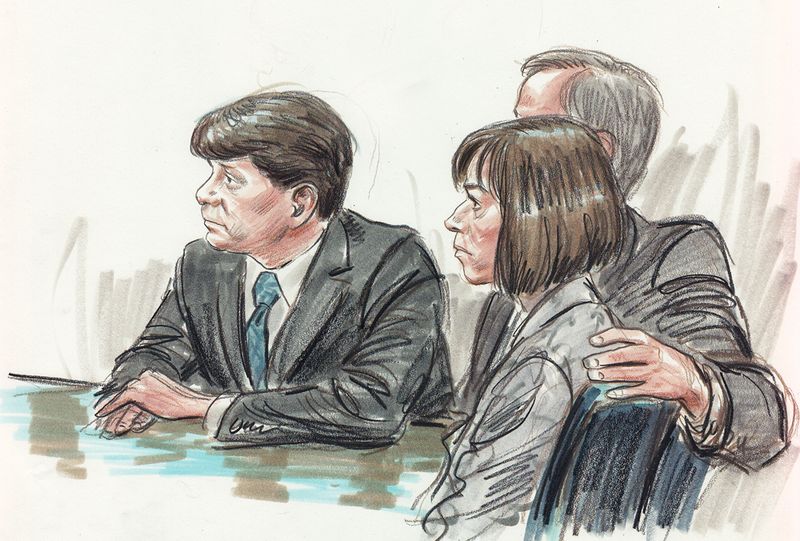 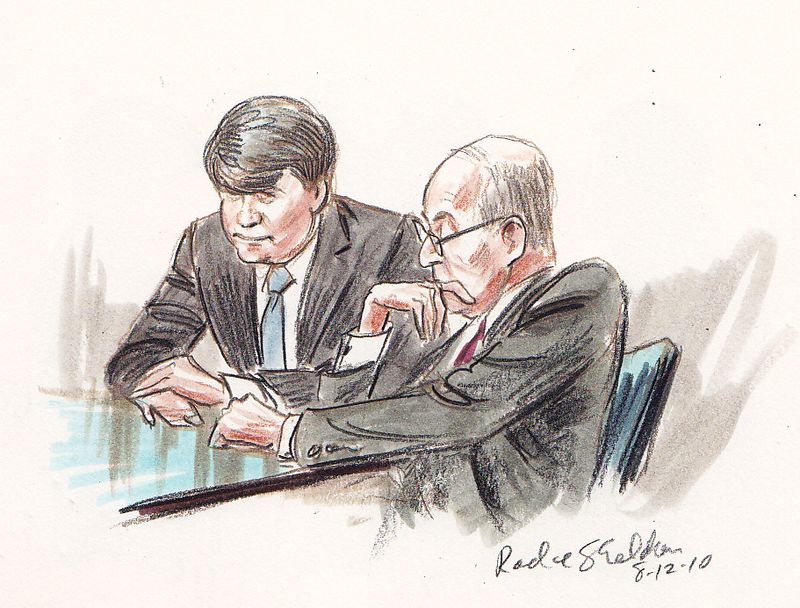 Pictured are Rod Blagojevich and one of his lawyers, Sheldon Sorosky, waiting for Judge Zagel to take the bench and reveal the latest communication from the jury.

The jurors note only led to more confusion and speculation about how much progress they have made toward reaching a verdict. One reporter described it as riding a roller-coaster blind. 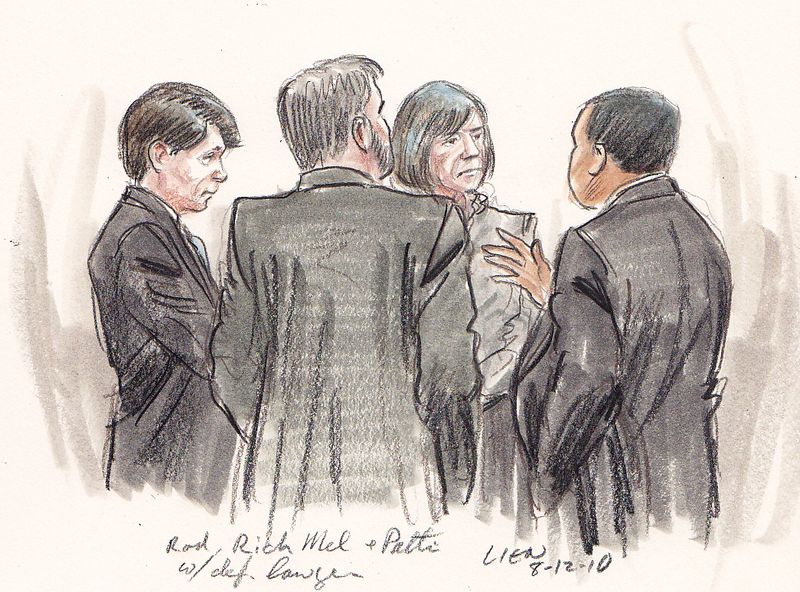 Shown above are Rod, his brother-in-law Dick Mel and his wife Patti discussing the note with a member of the defense team. 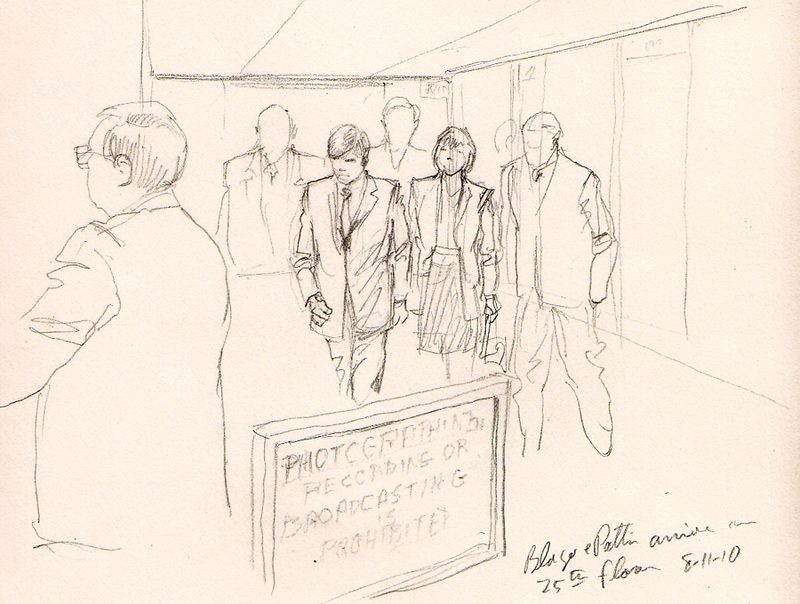 Rod Blagojevich and his wife Patti made their first appearance at the courthouse since jury instructions July 28.  The are shown here as the arrive on the 25th floor and headed to the courtroom.

A few doodles to pass the time while waiting for a verdict. 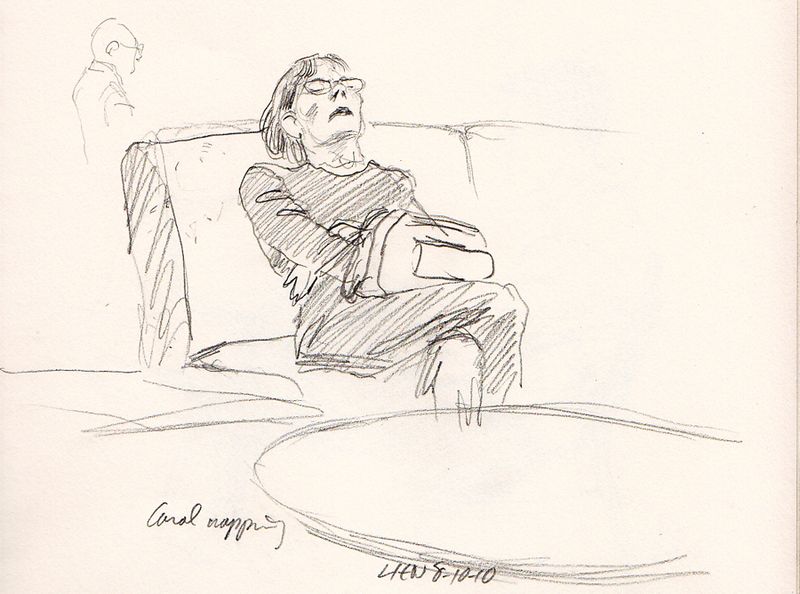 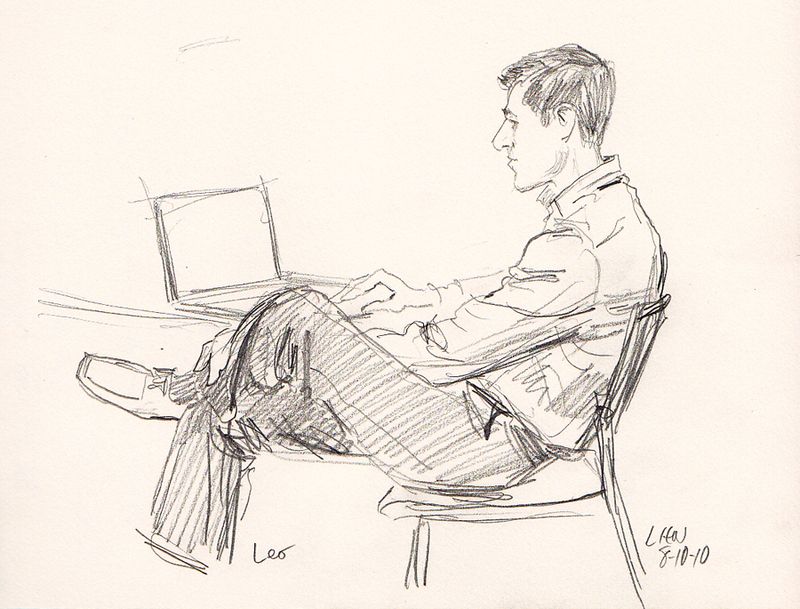 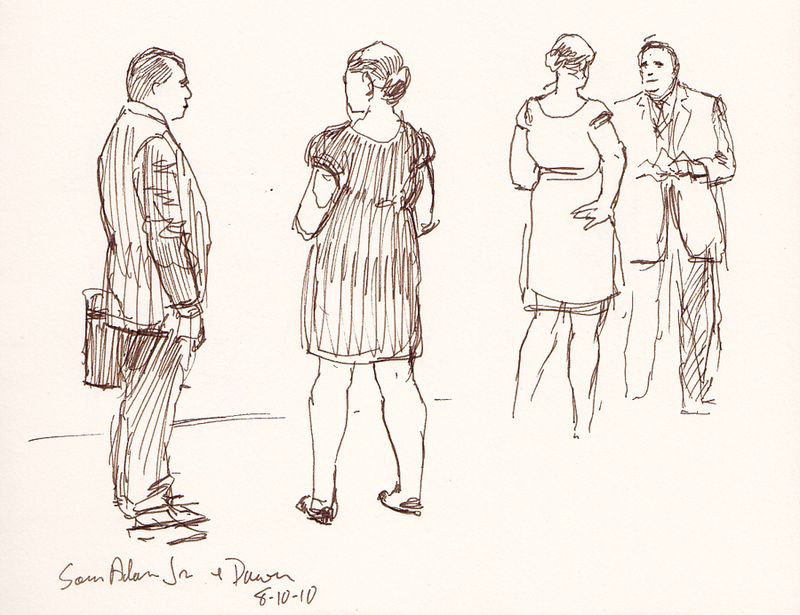 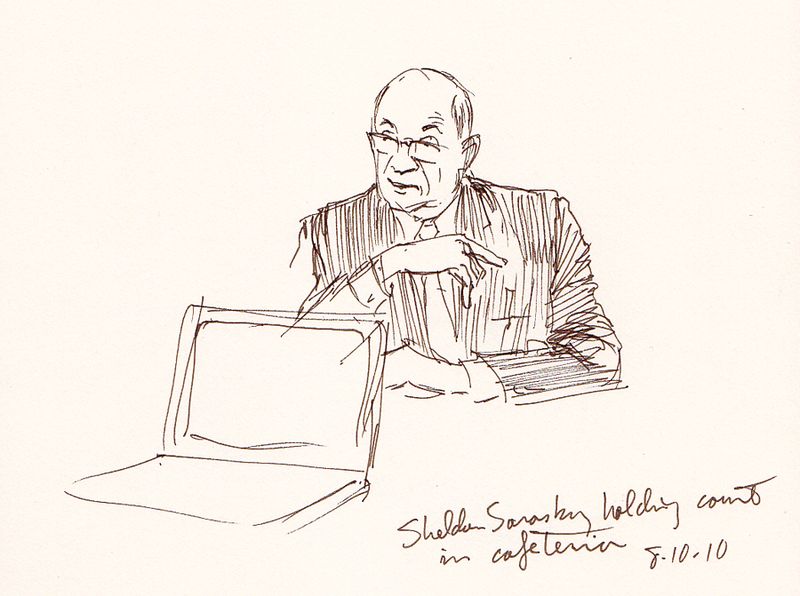 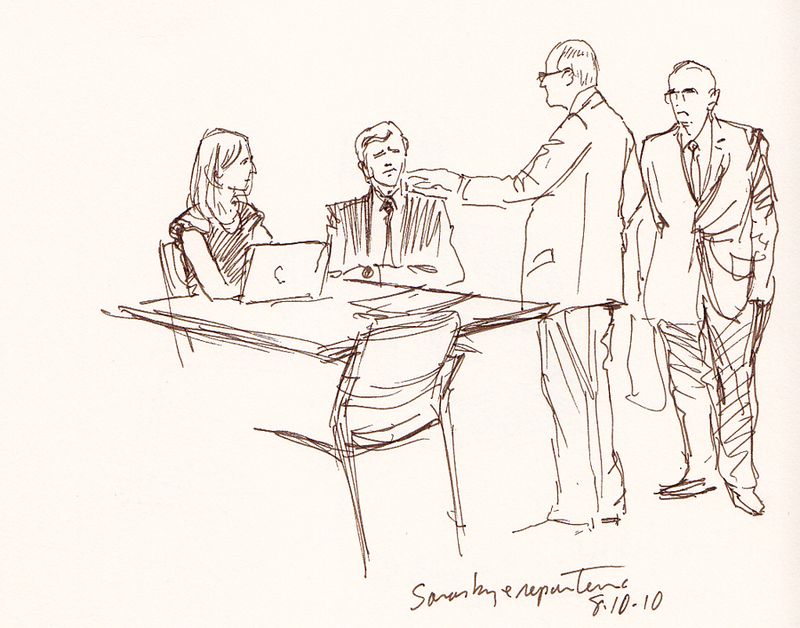 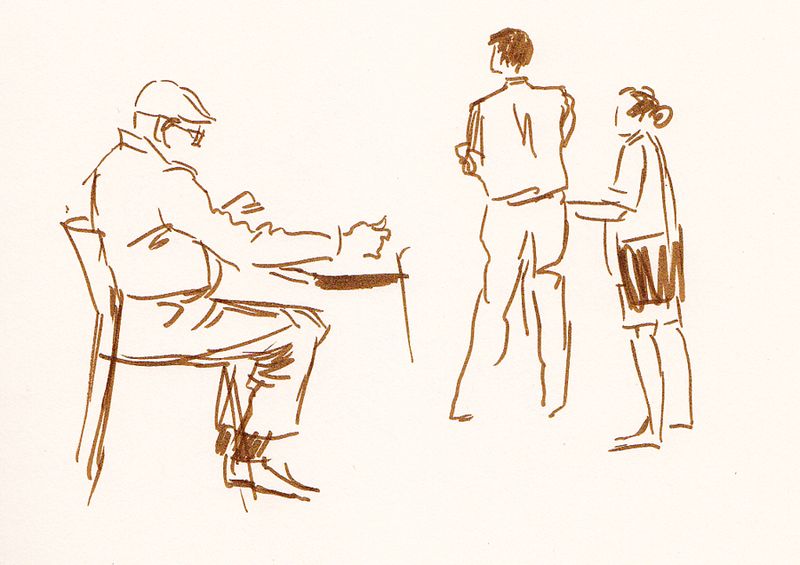 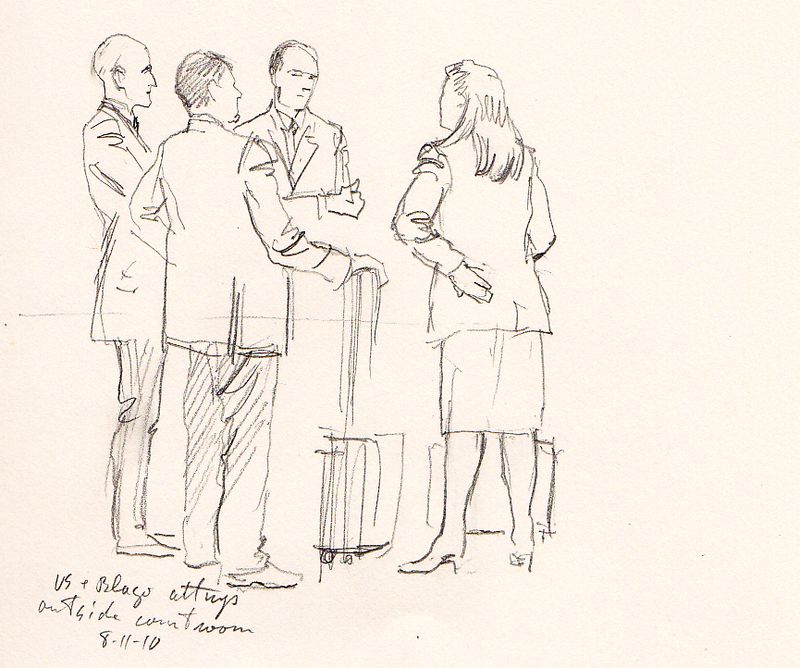 Update: The jury has a question!

Andrew Cohen on The Verdict Watch 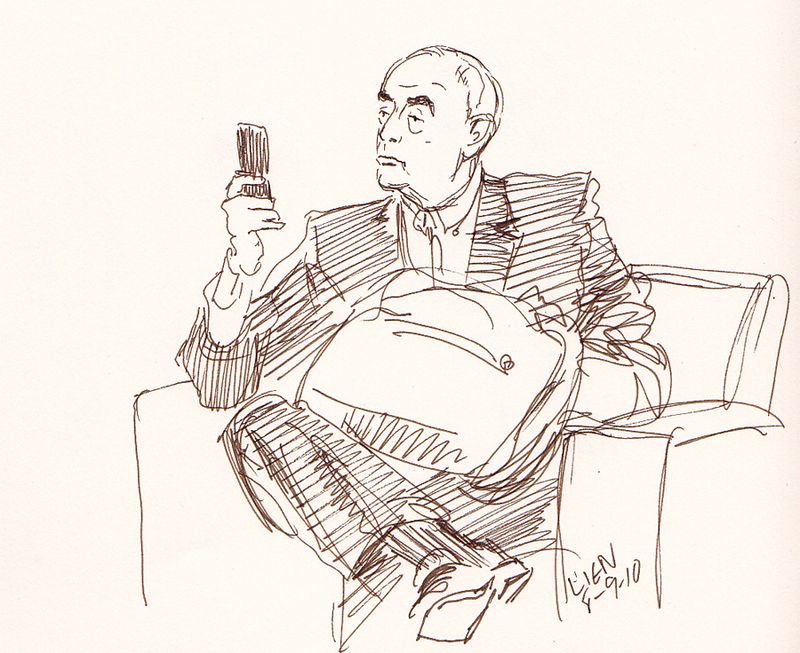 Day nine of Blagojevich jury deliberations and not so much as a note from the jurors since July 29th. 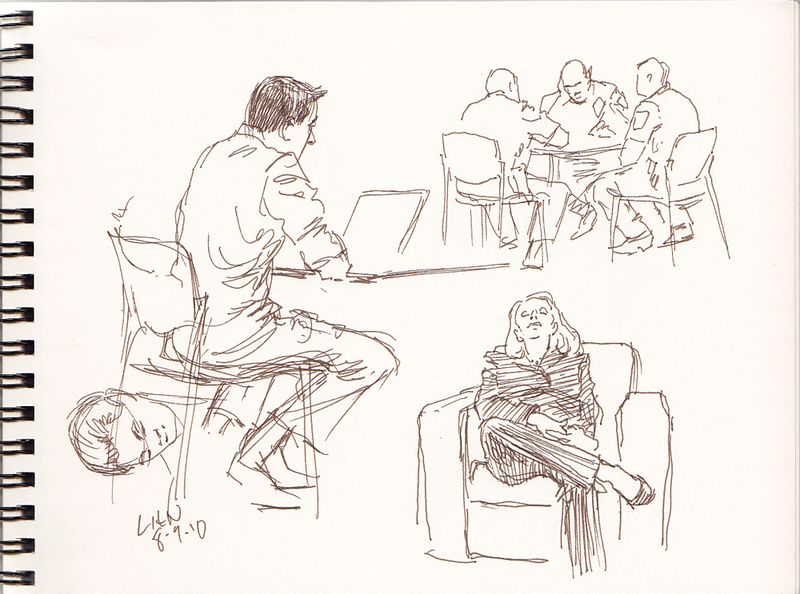 The only news to report is that NBC’s Channel 5 has scored victories at Scrabble and 80’s Trivia.

A good story on what jurors in former Illinois Gov. George Ryan’s trial experienced can be found here.