Abortion Returns To The Supreme Court 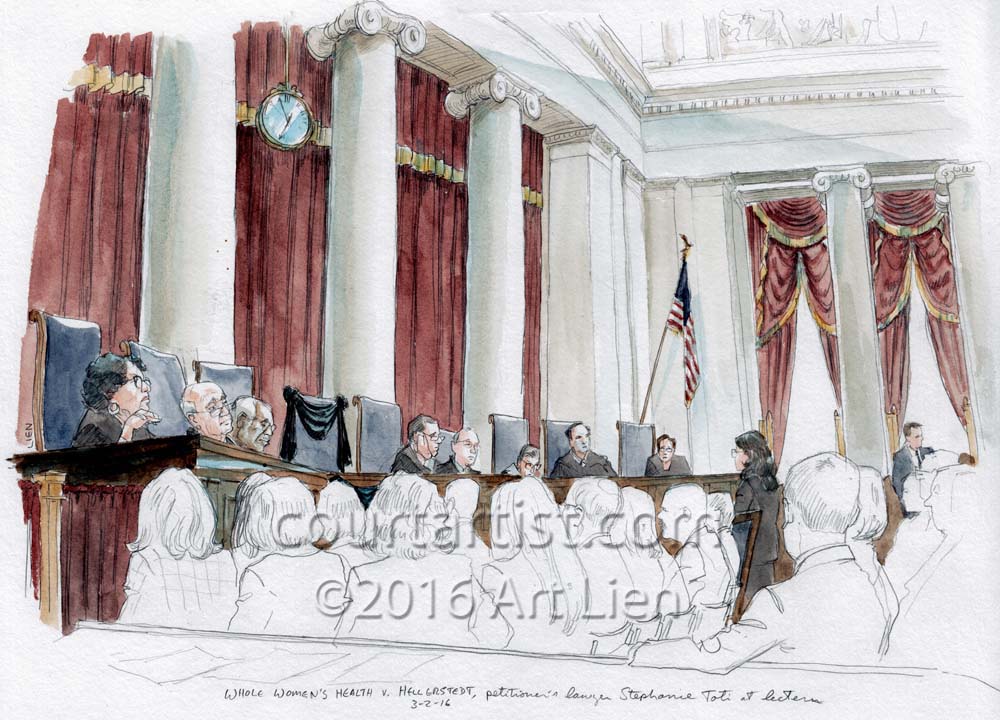 It’s been ten years since the Court last heard arguments on abortion, coincidentally the same amount of time Justice Thomas maintained his silence during arguments until he asked several questions from the bench earlier this week. Dashing some expectations he posed no questions during today’s argument.

Whole Woman’s Health v. Hellerstedt is an appeal of a Texas law that places requirements on abortion clinics so excessive that many are forced to close. Much has been written about the case so I’ll just post my sketches and point the reader to Lyle Denniston’s post on SCOTUSblog. 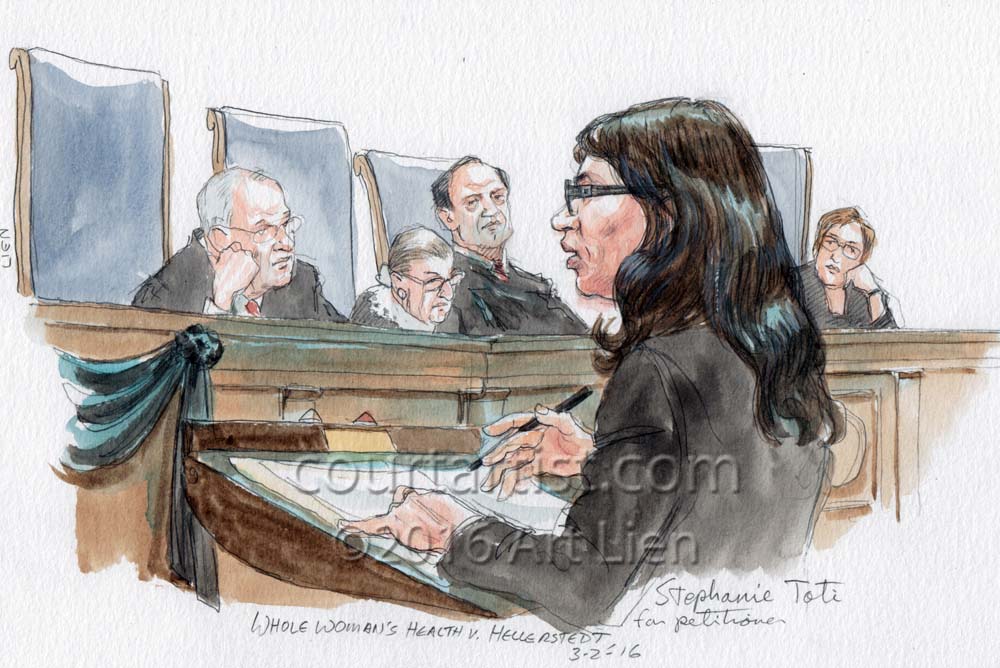 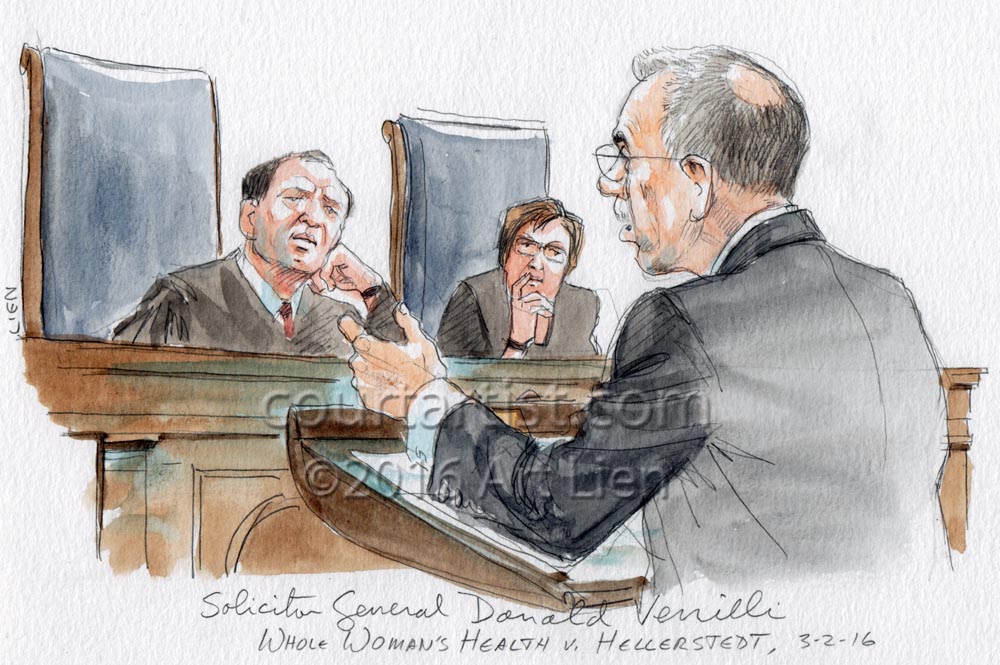 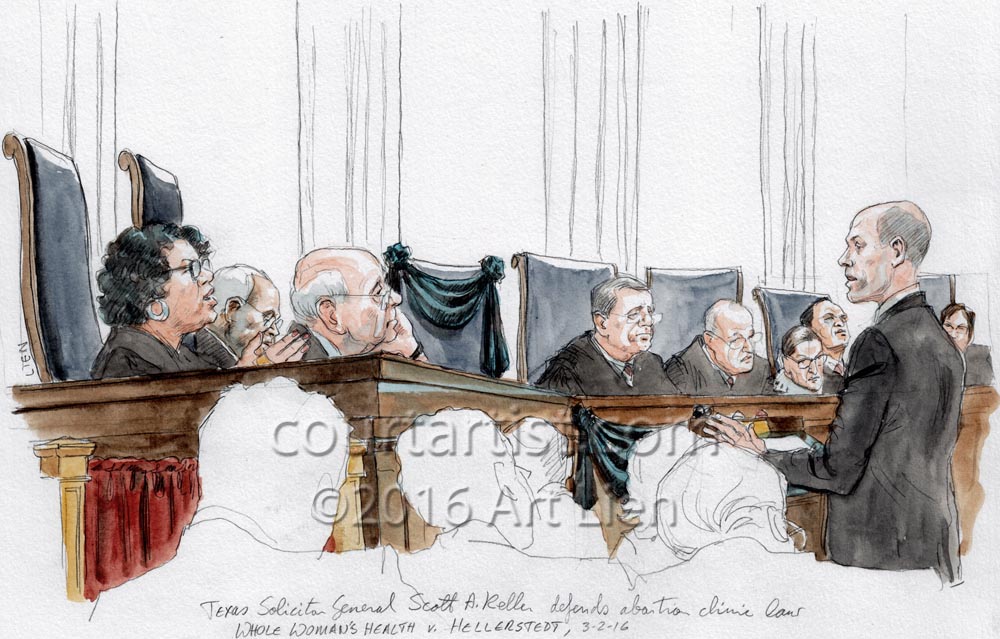 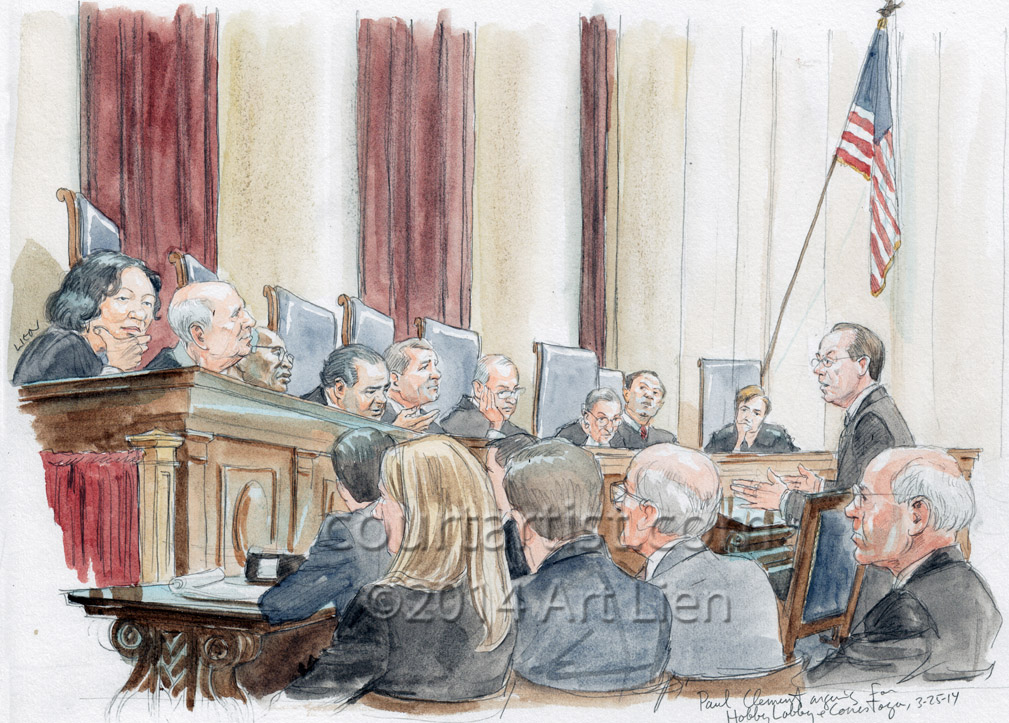 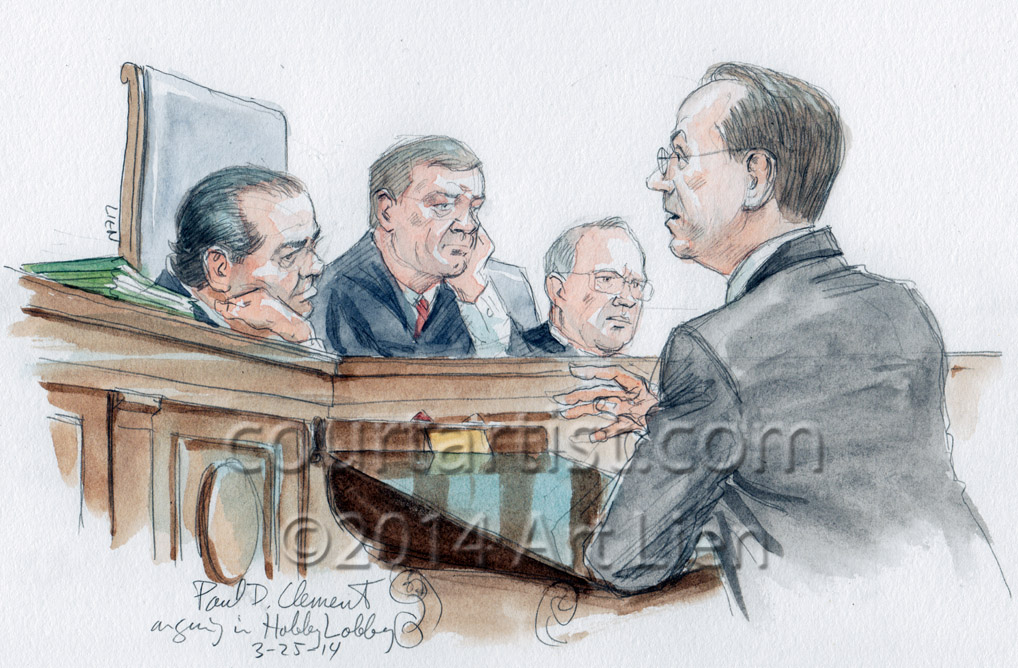 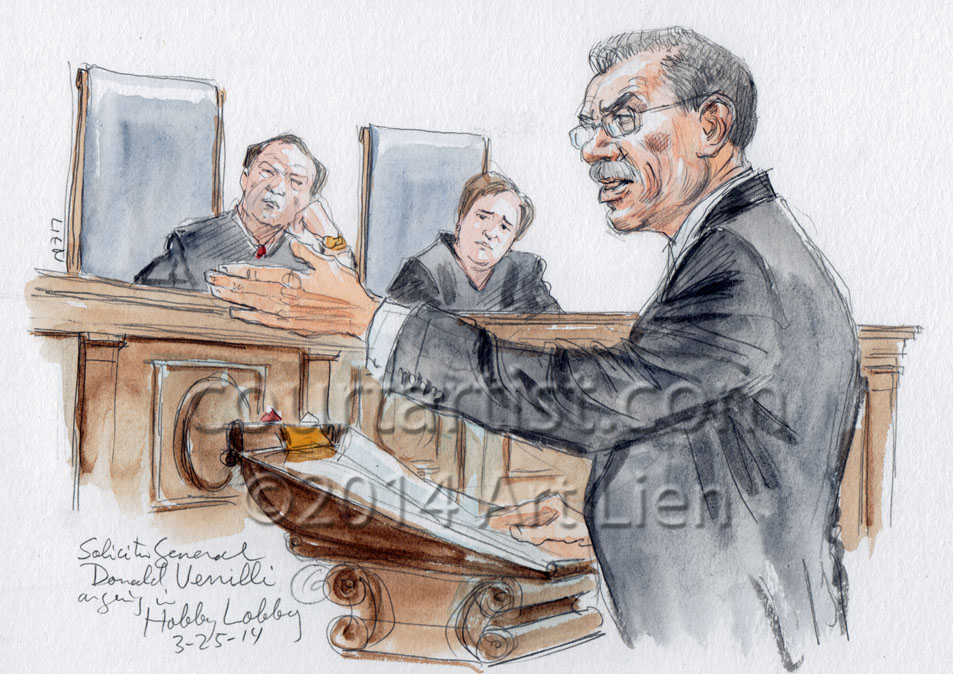 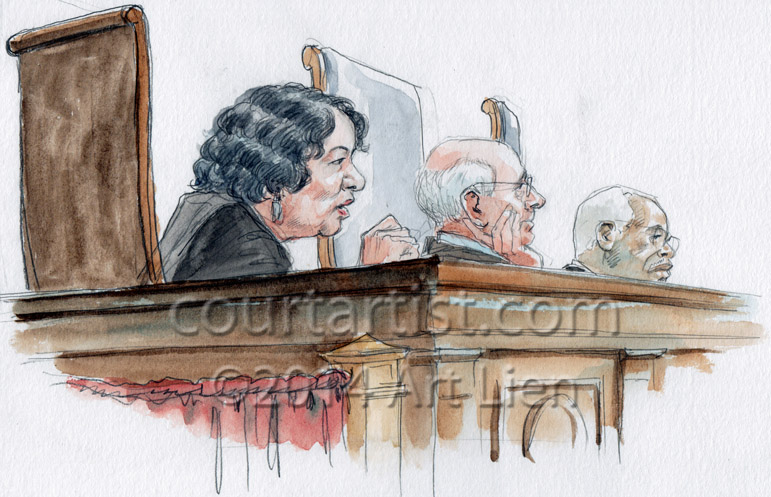 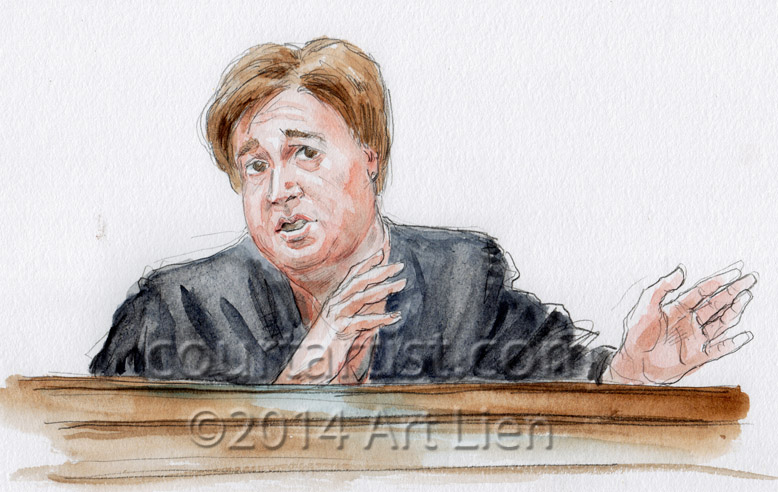 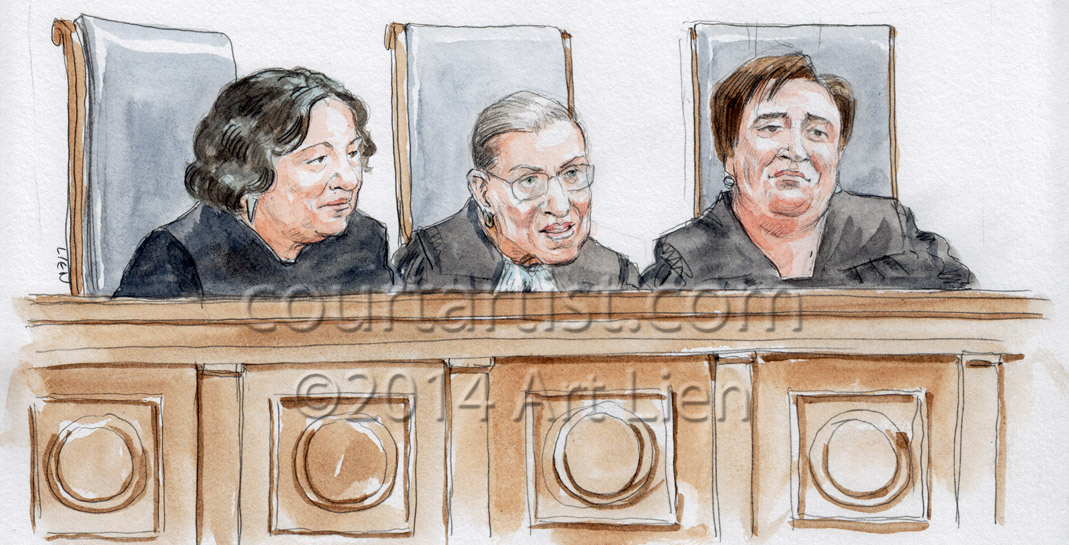 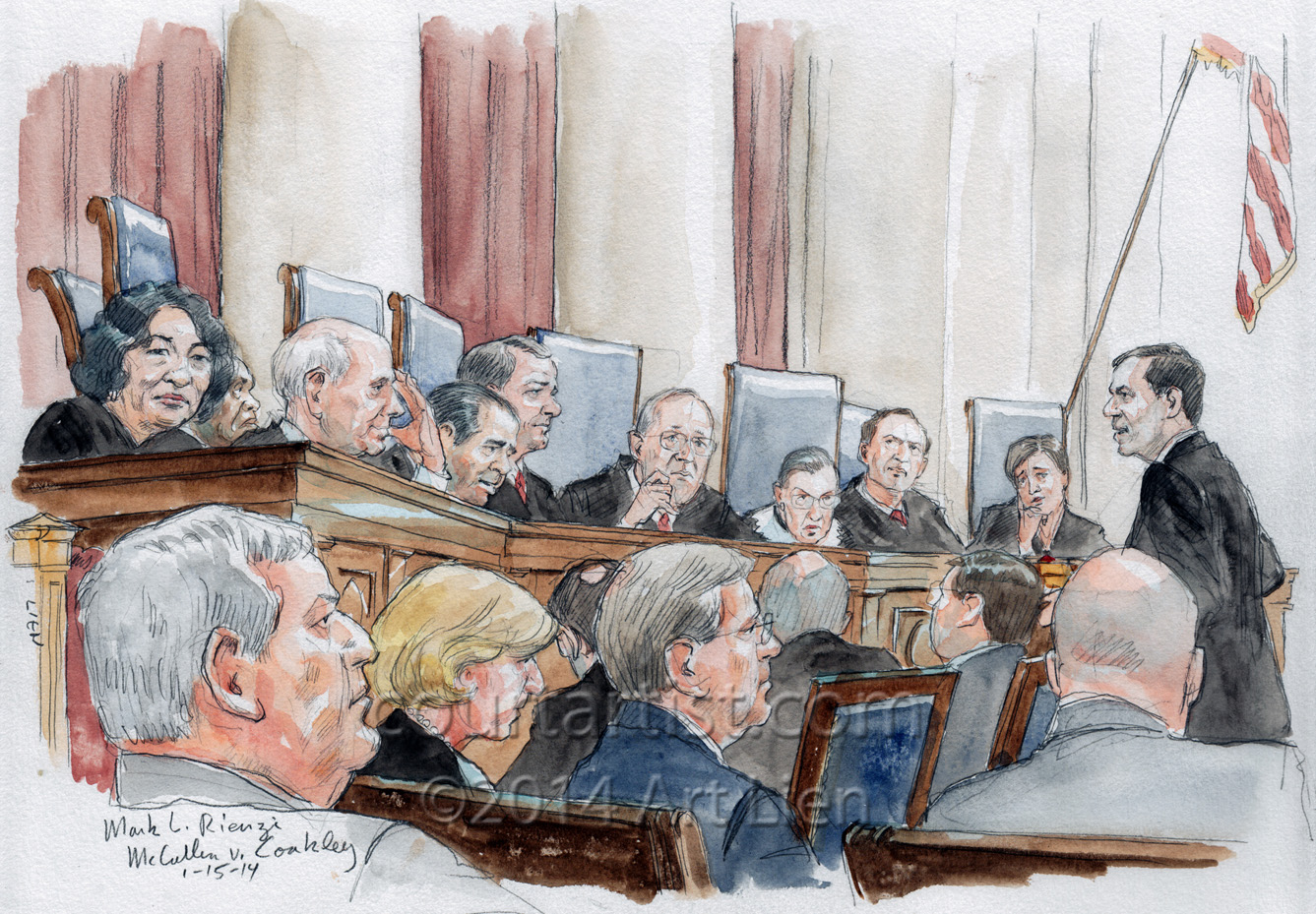 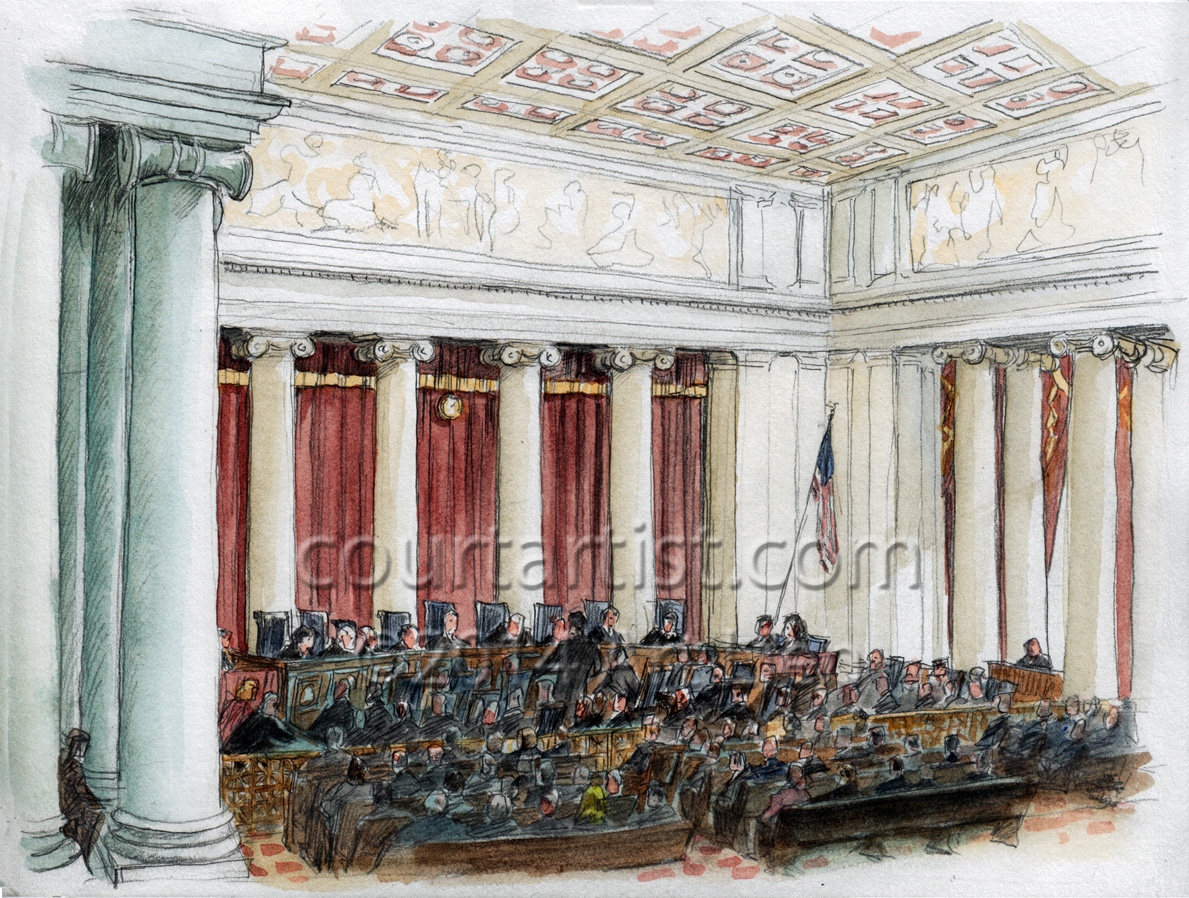 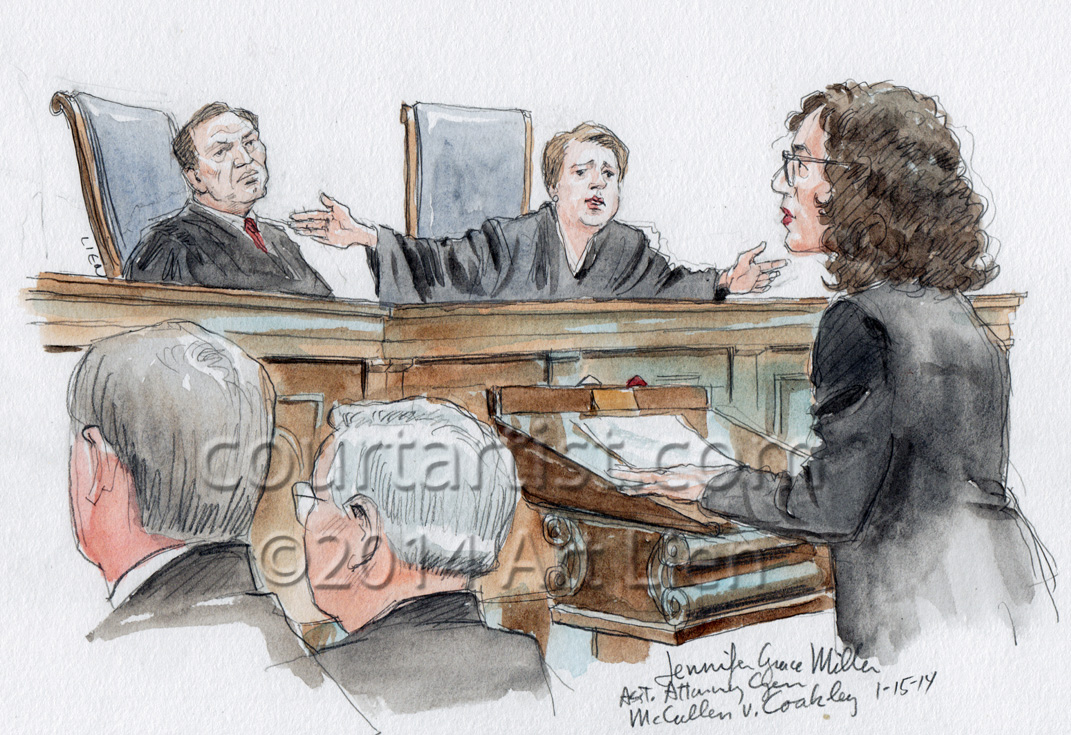 A Day Trip to Philly 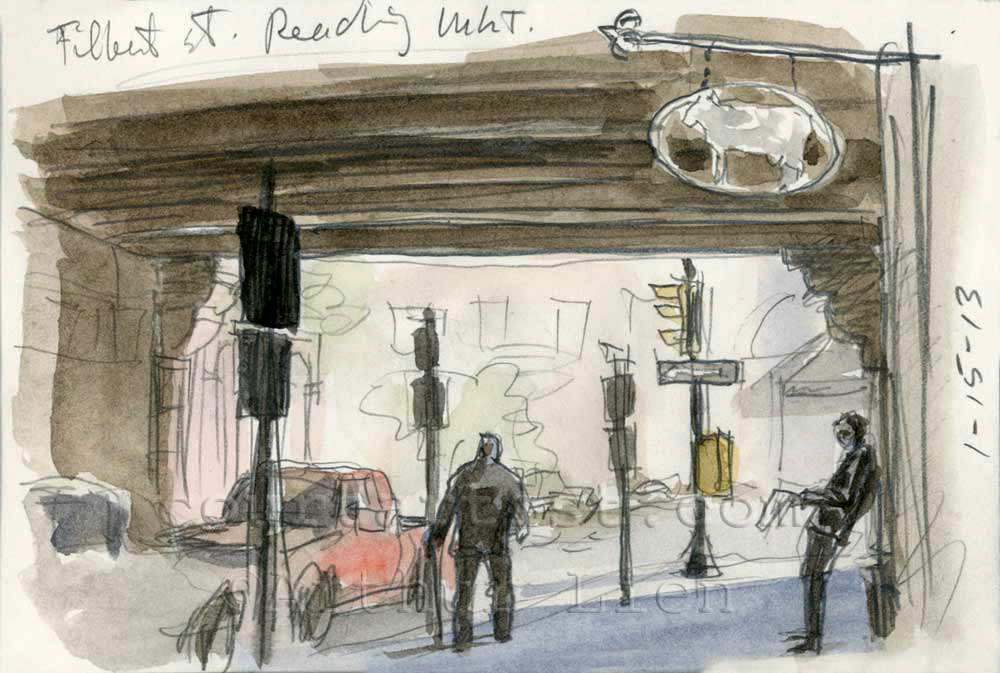 I got a last minute call to go to Philadelphia to sketch the sentencing of abortion doctor Kermit Gosnell – a case I have not followed and therefore am thankfully unable to comment on – so I hit the road at 5:00 a.m. Arriving early I had a few minutes to do the sketch above before the courthouse openned.

After waiting several hours in the courtroom, sketching some of the evidence collected from Dr. Gosnell’s, the sentencing itself was very brief. 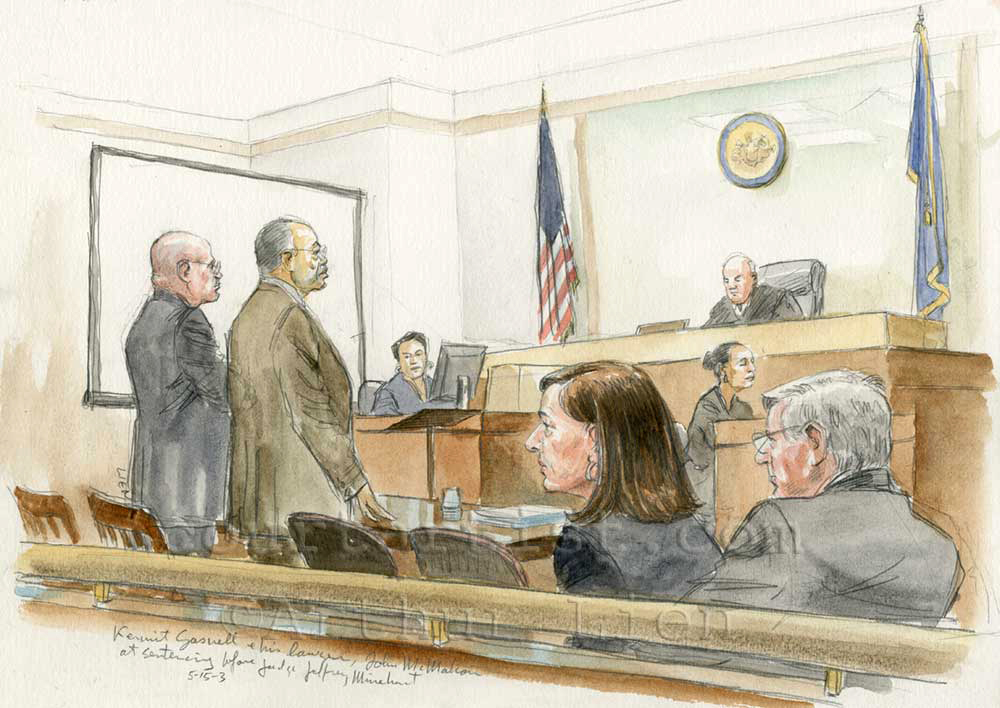 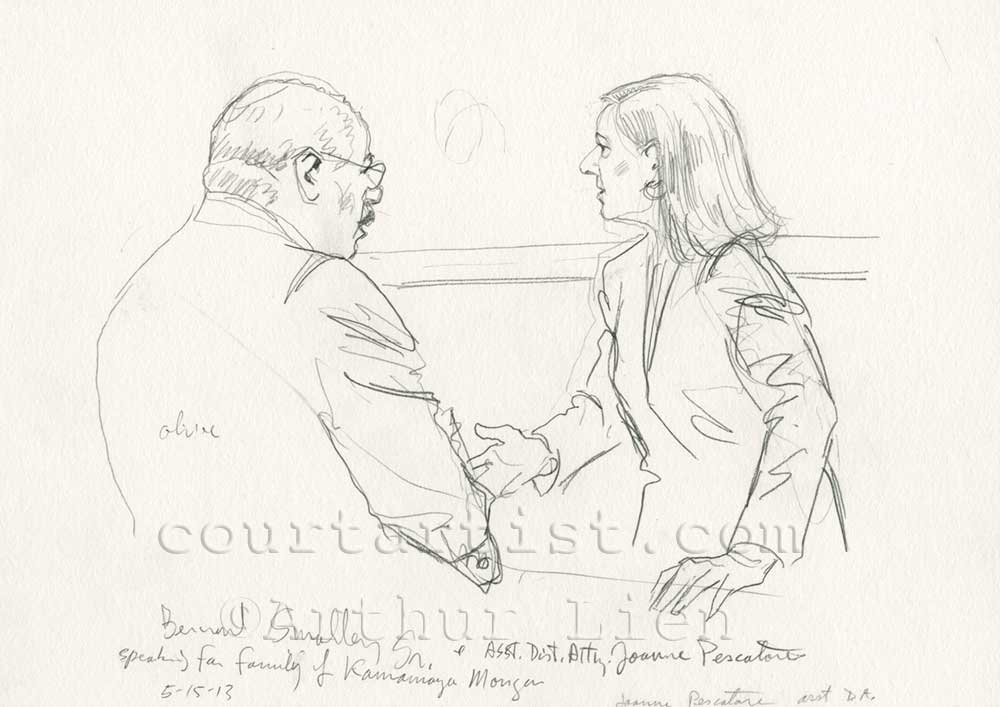 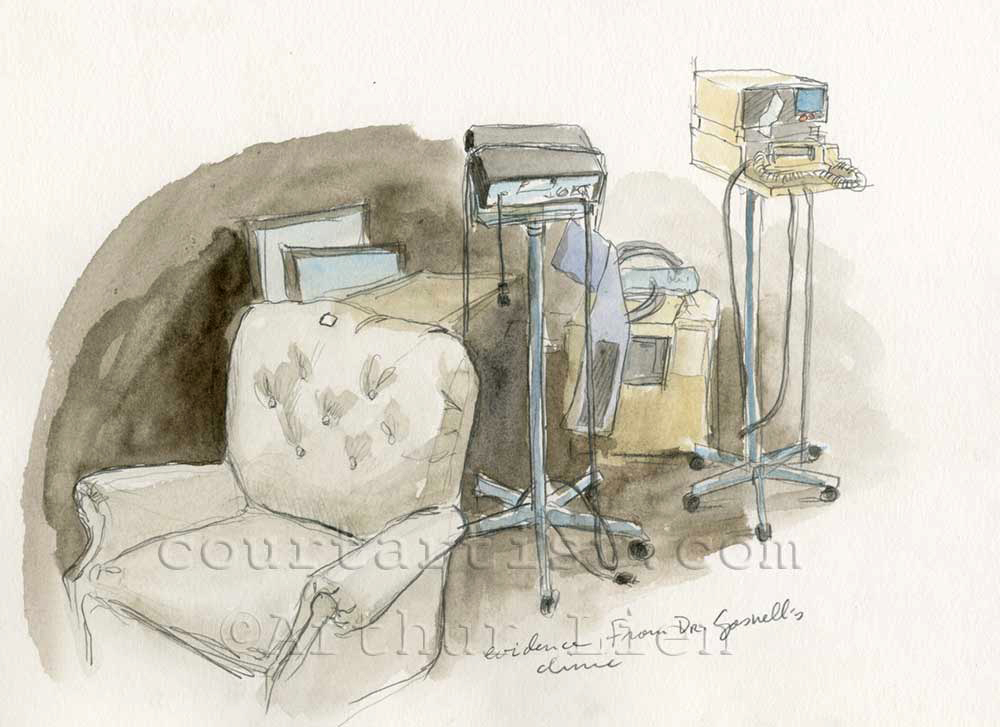