Some Sketches of Justice Breyer

A week ago Justice Stephen Breyer announced that he would be retiring from the Court later this term at the beginning of the summer recess. He will be missed, if not most of all then certainly to a great degree, by the sketch artists. He animates the bench with an extensive vocabulary of hand gestures and body language that makes it easy to tell a visual story, and his interminable hypotheticals allow ample time to capture the moment on paper.

Here are some sketches of Justice Breyer, chosen mostly at random not because of their historical significance but because they are the least bad drawings ( I always found it a challenge to limn this justice’s likeness ). 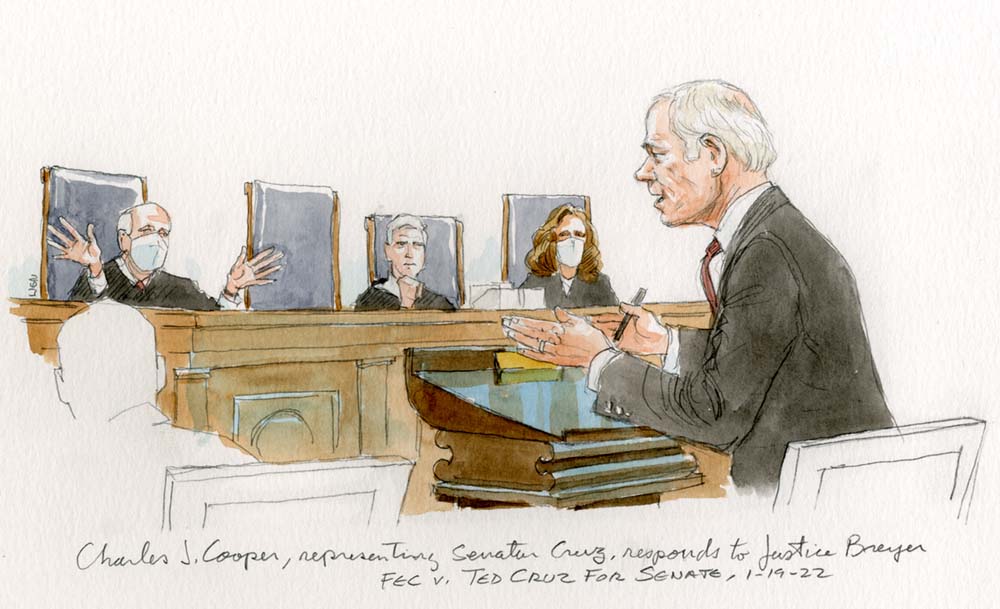 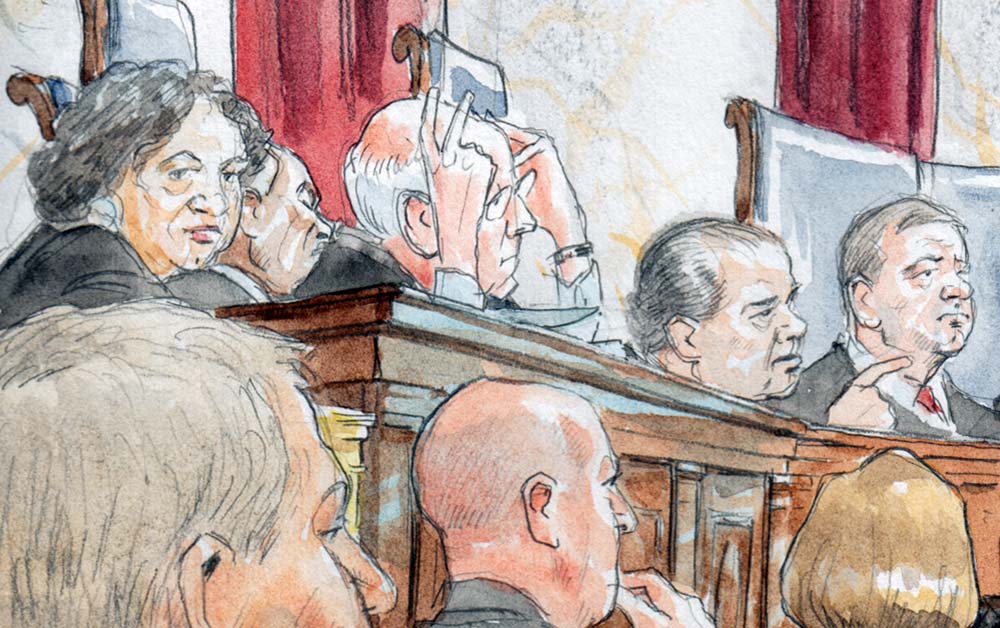 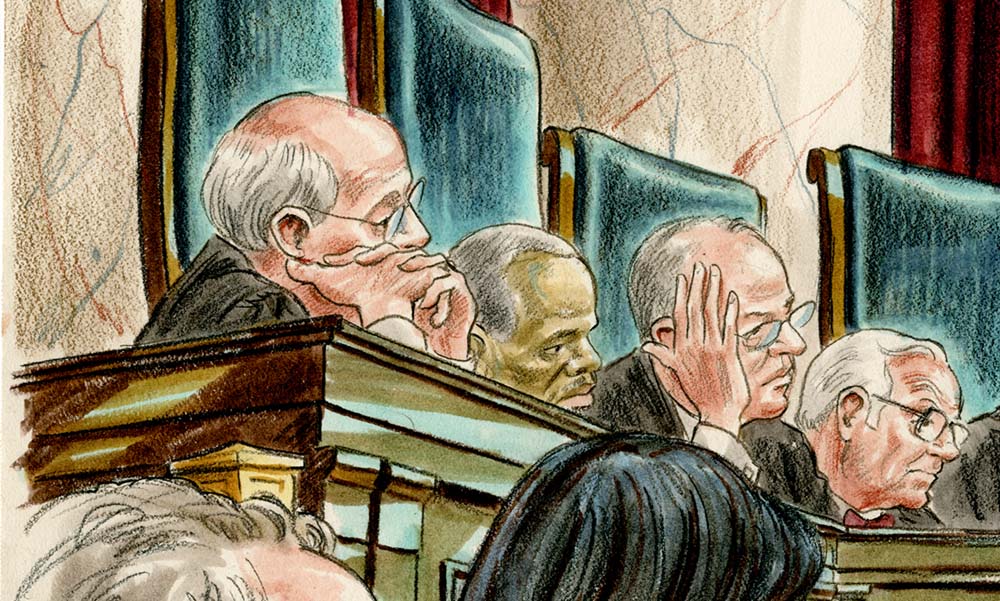 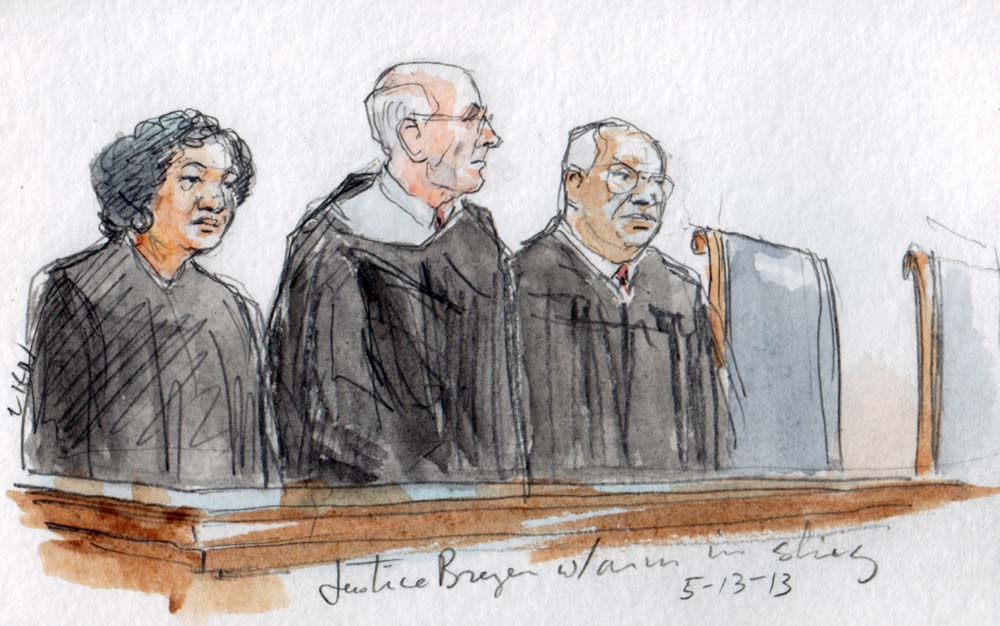 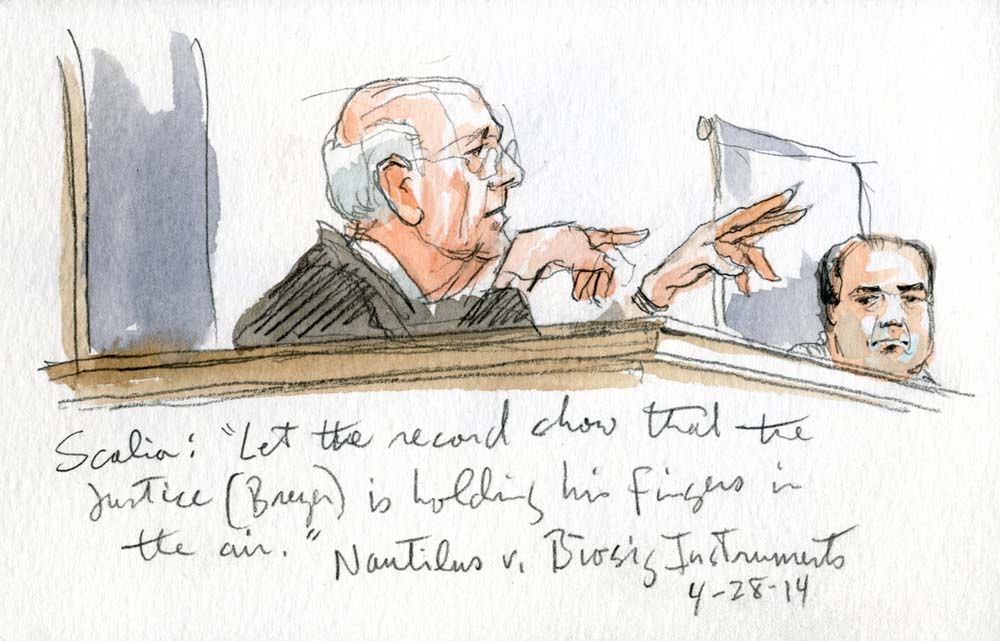 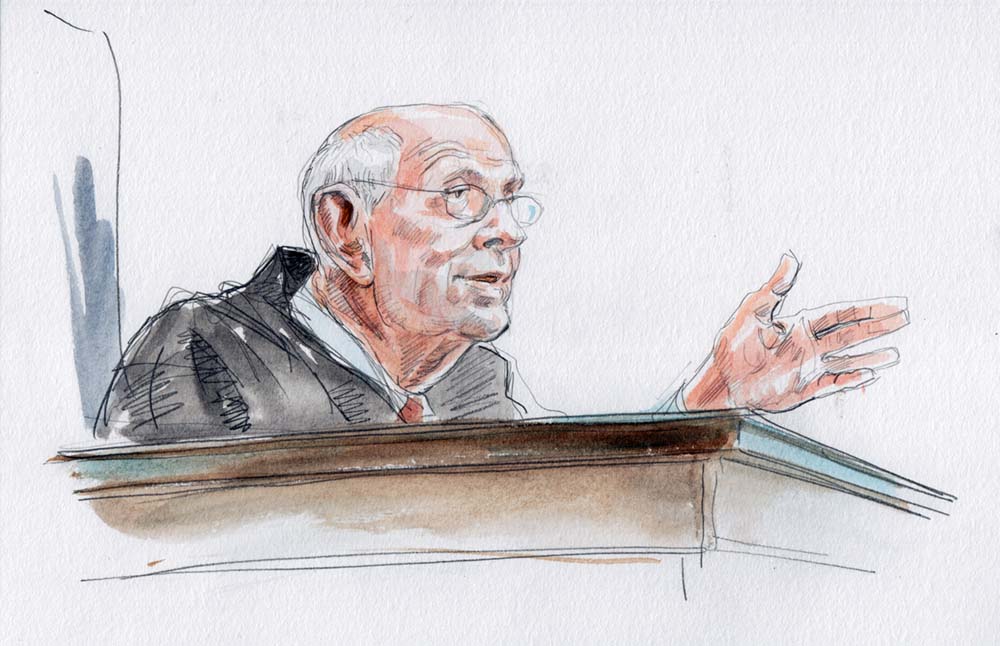 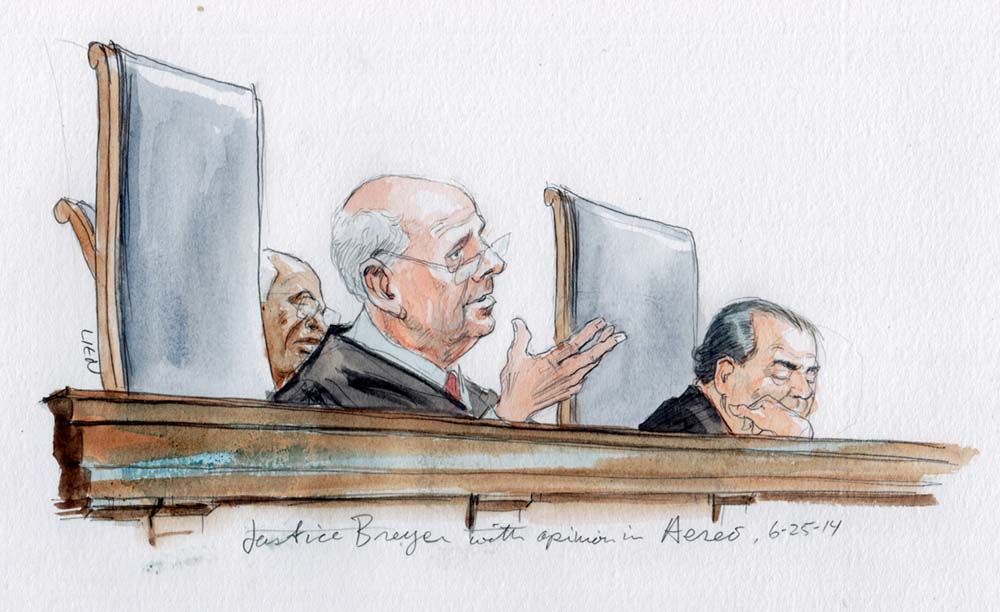 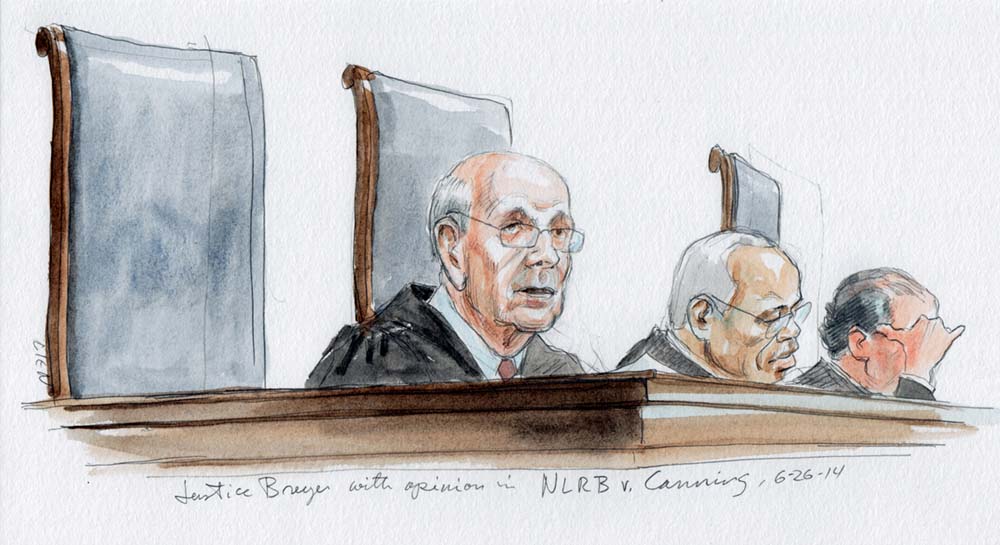 Justice Breyer with opinion of the Court on recess appointments. 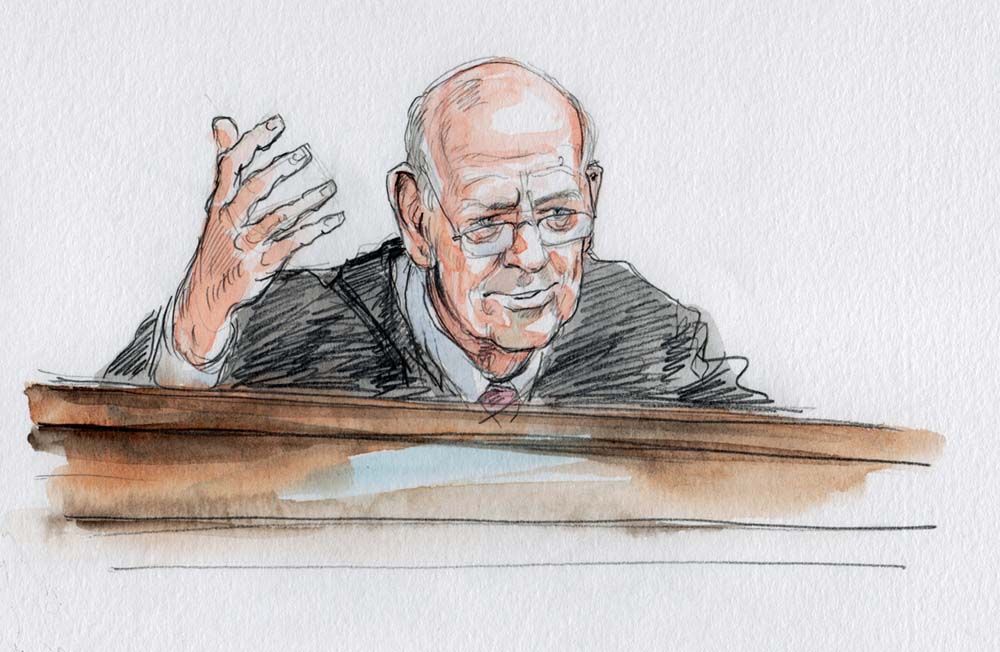 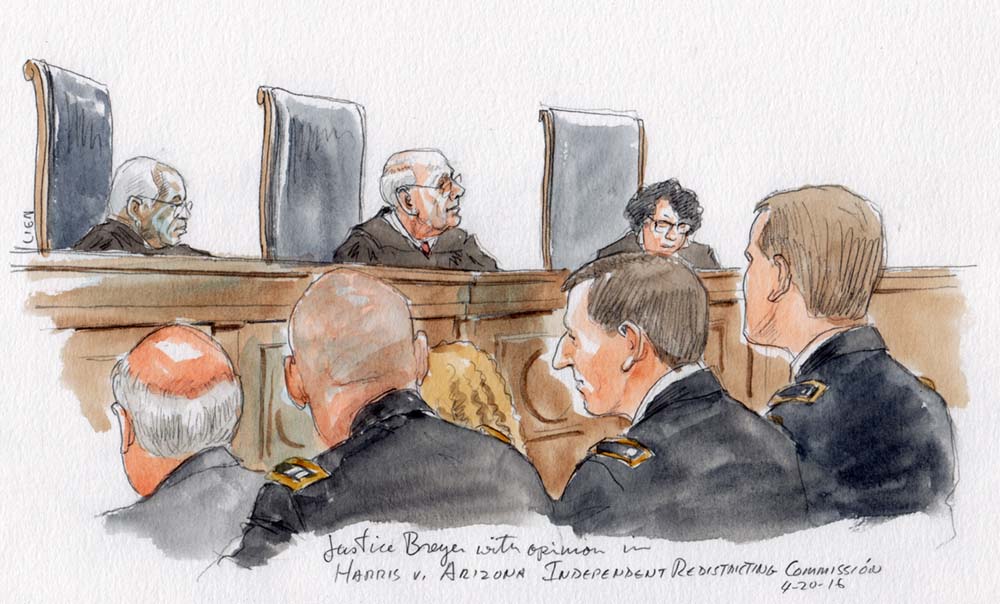 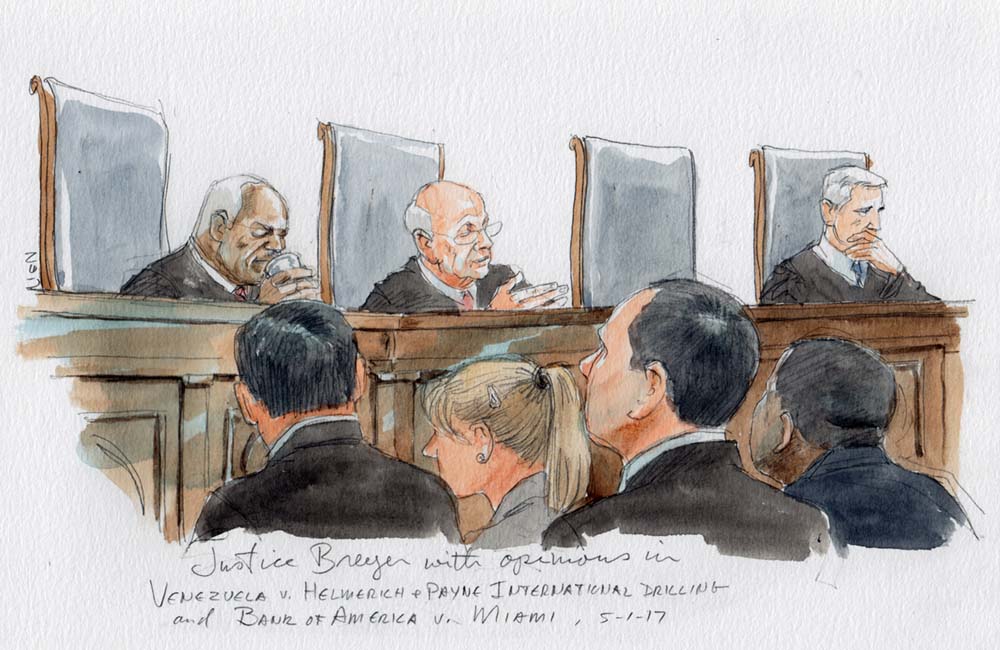 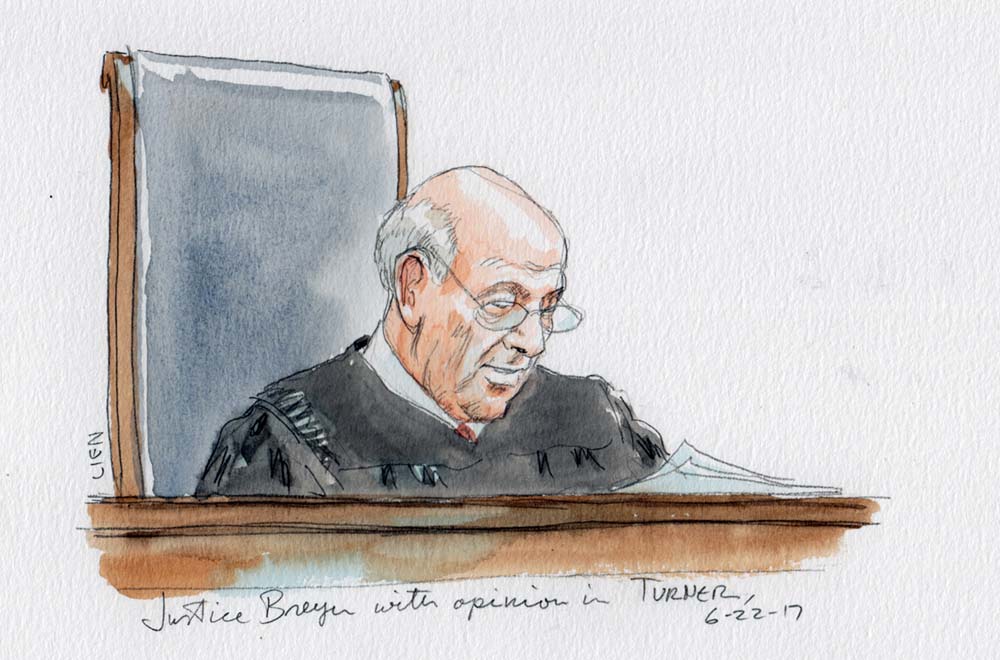 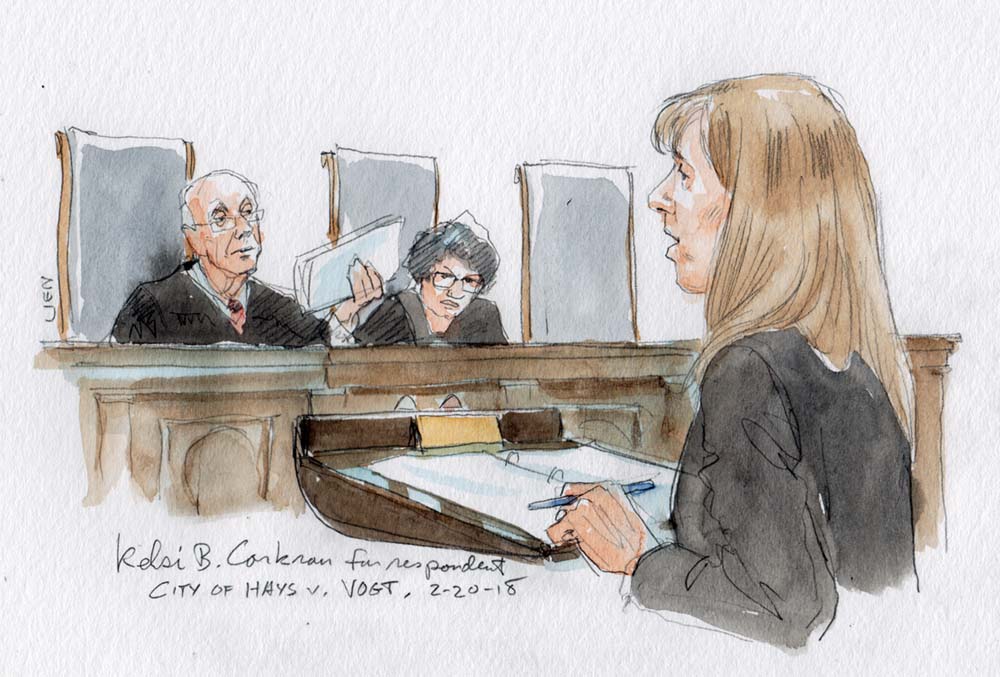 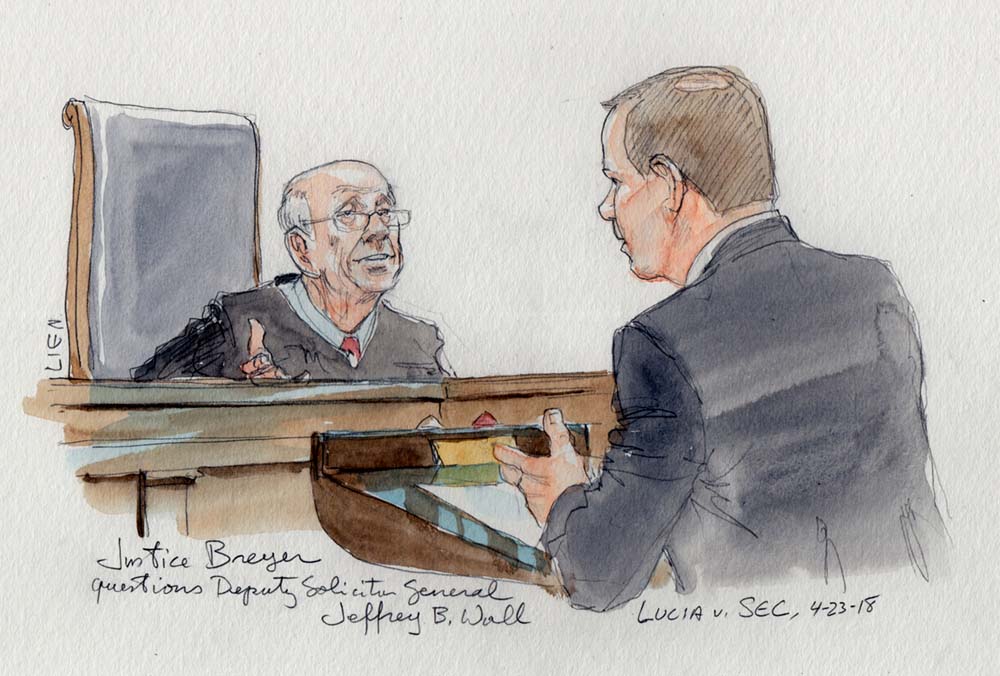 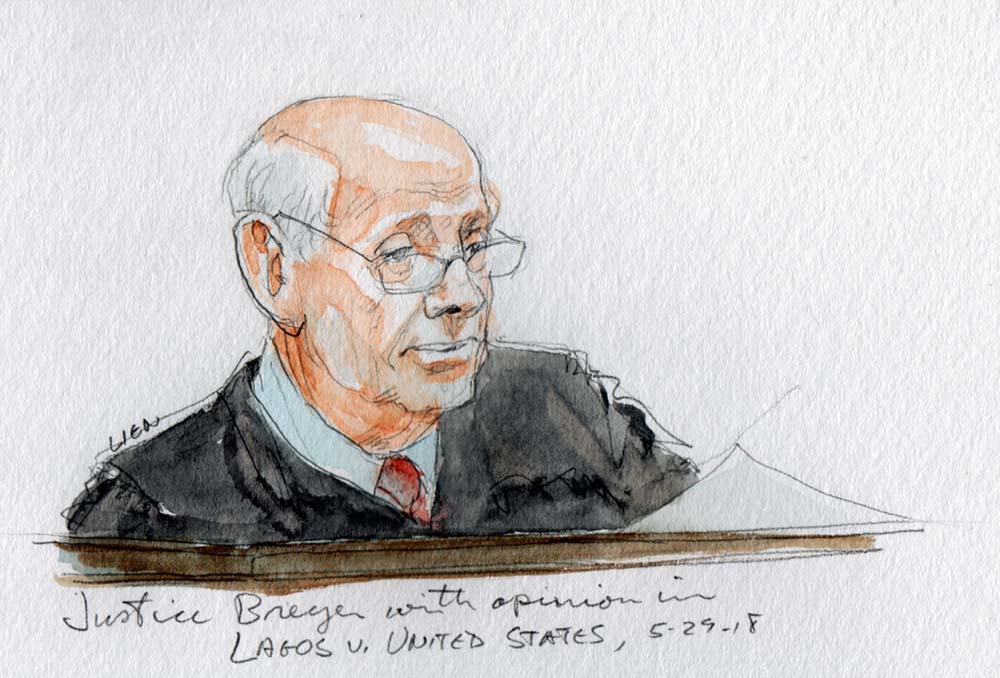 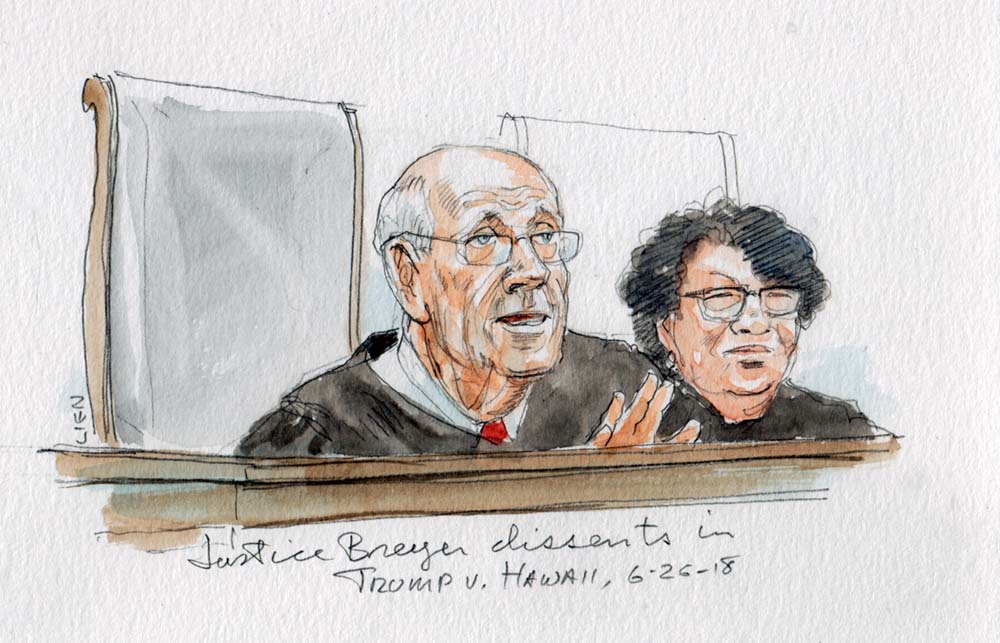 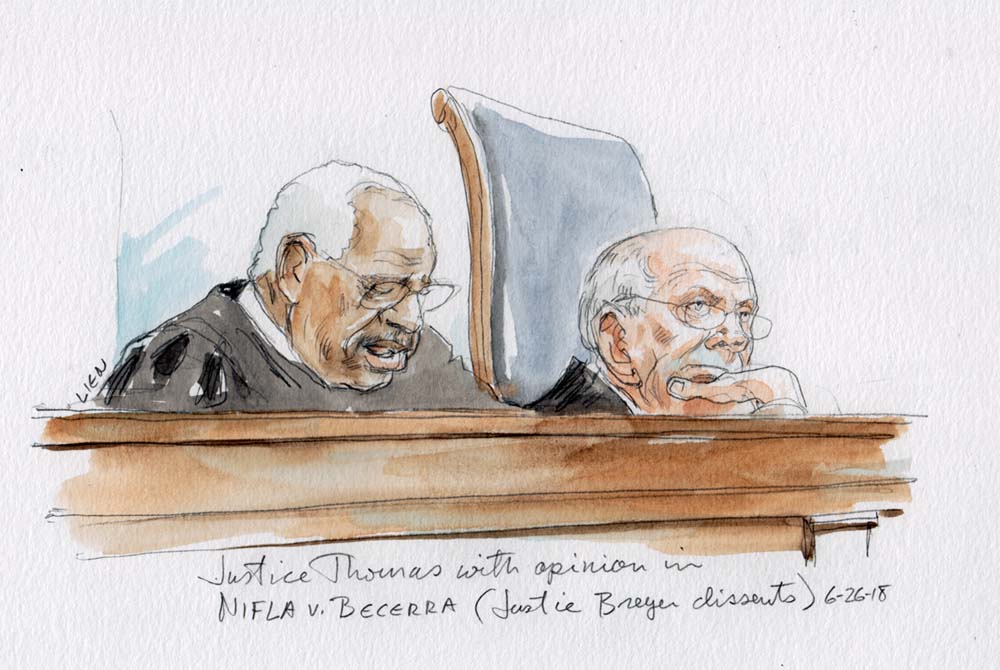 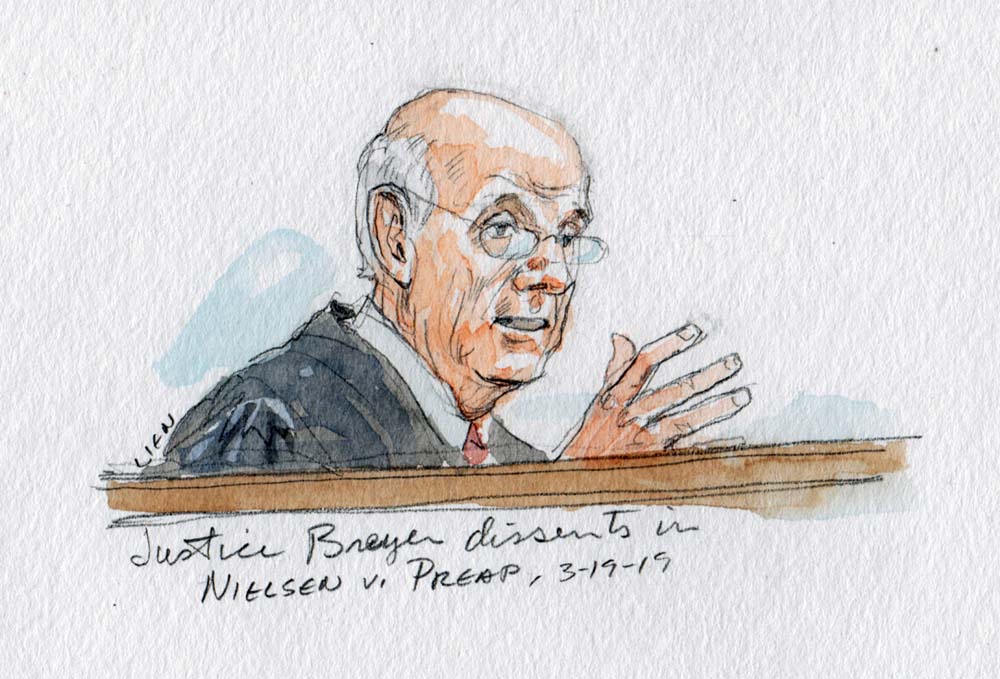 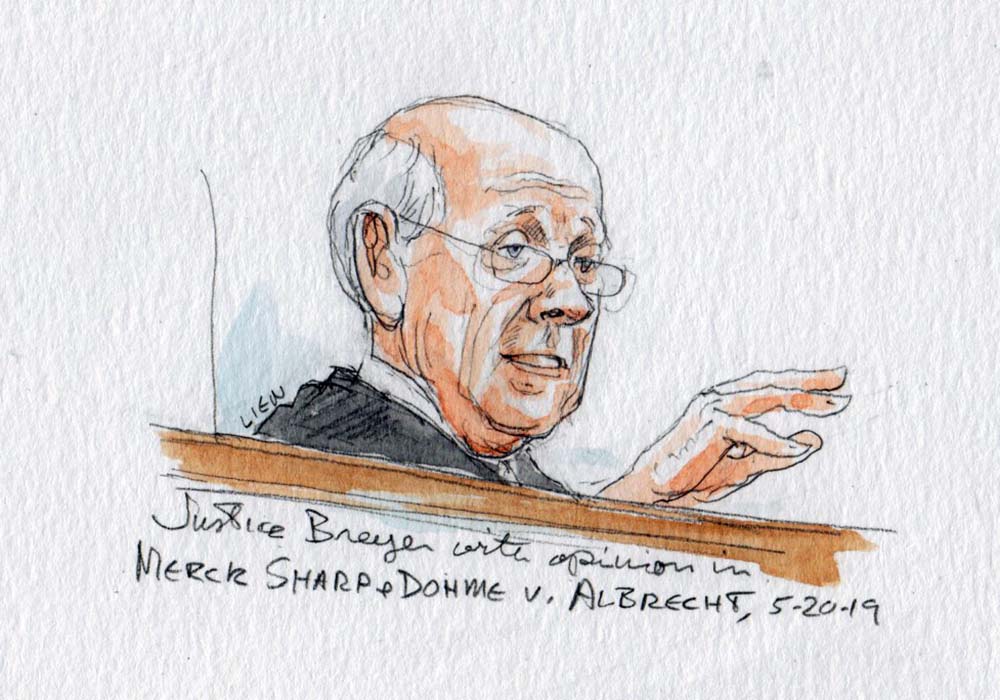 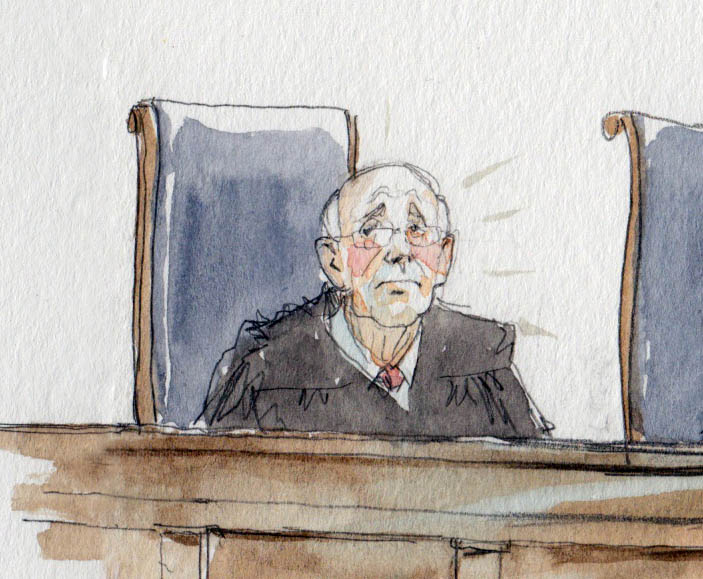