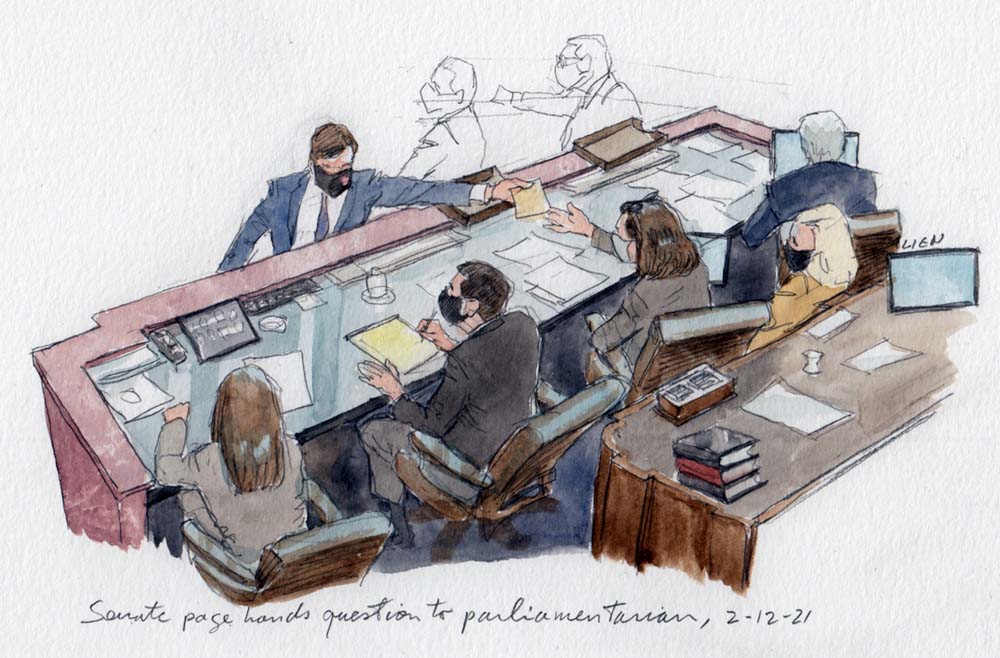 The second impeachment trial of now former president Trump took but five days, four of which are documented in these few sketches. Access to the Senate gallery was restricted because of the COVID19 pandemic which meant that we were rotated in for about twenty minutes every couple hours or so. Nevertheless the staff of the Radio-TV gallery were incredibly helpful and accommodating as always. I just hope to never sketch another impeachment. 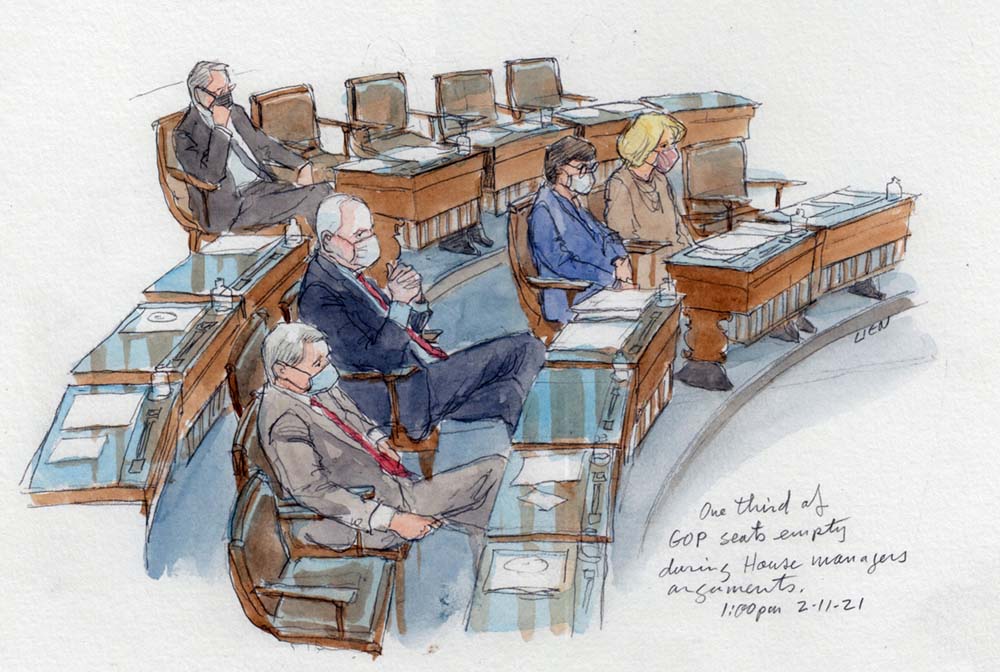 One third of GOP seats empty during House managers’ args 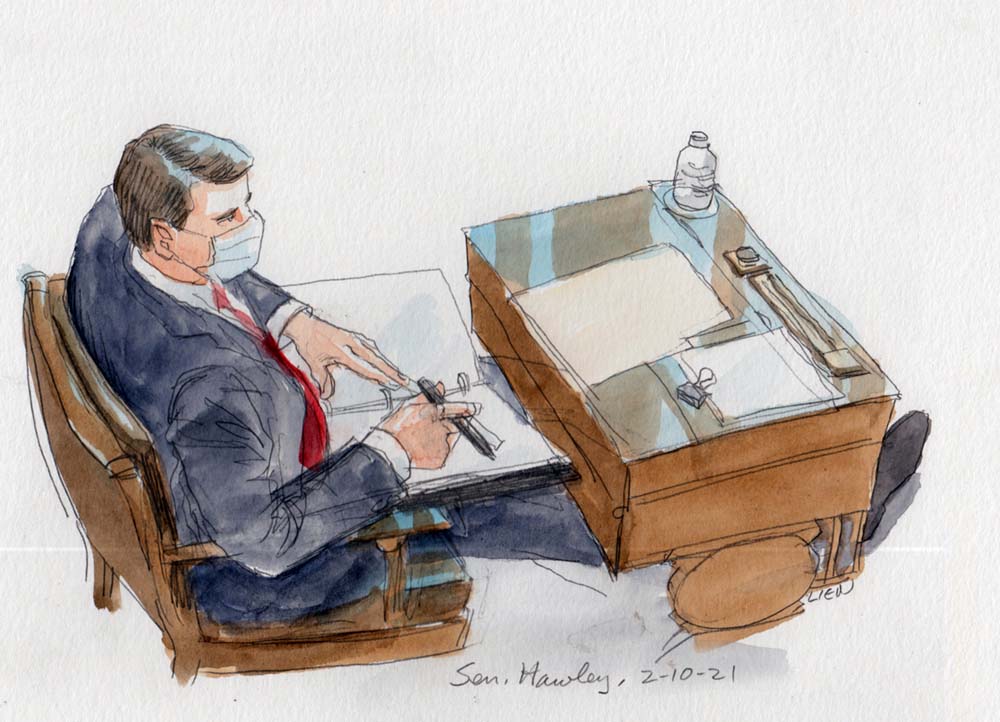 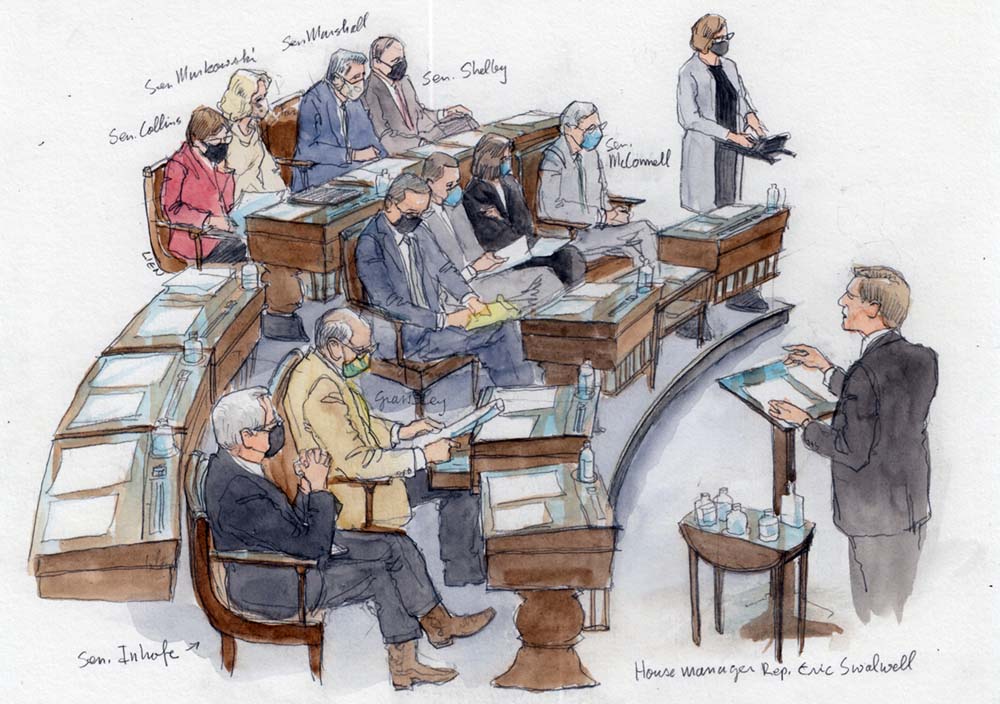 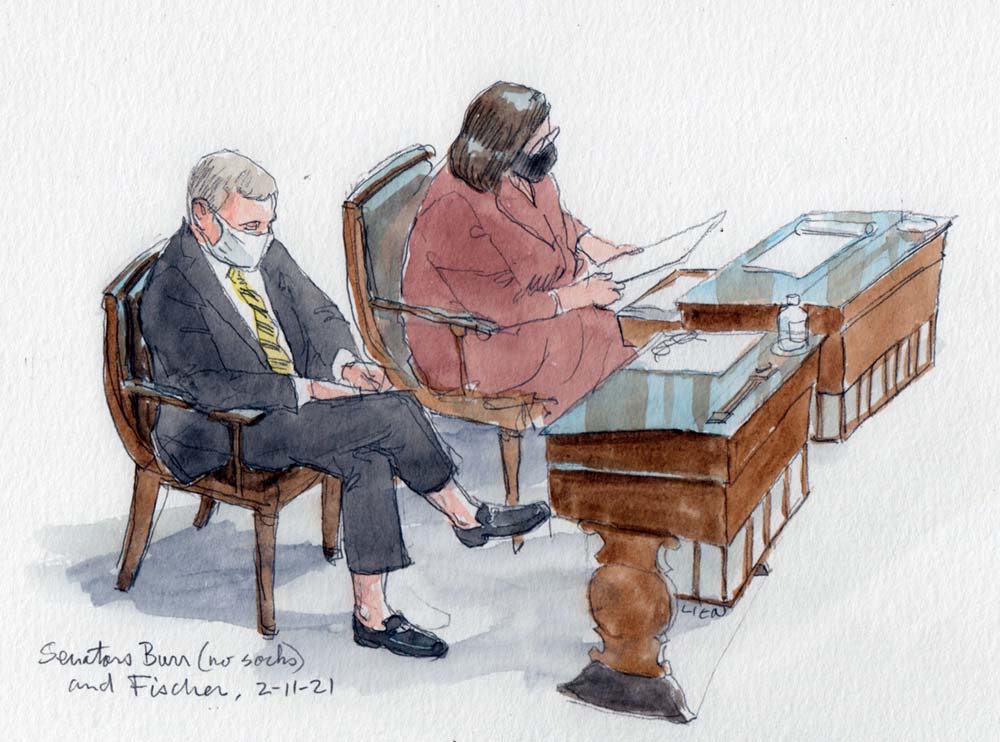 Senators Burr ( no socks ) and Fischer 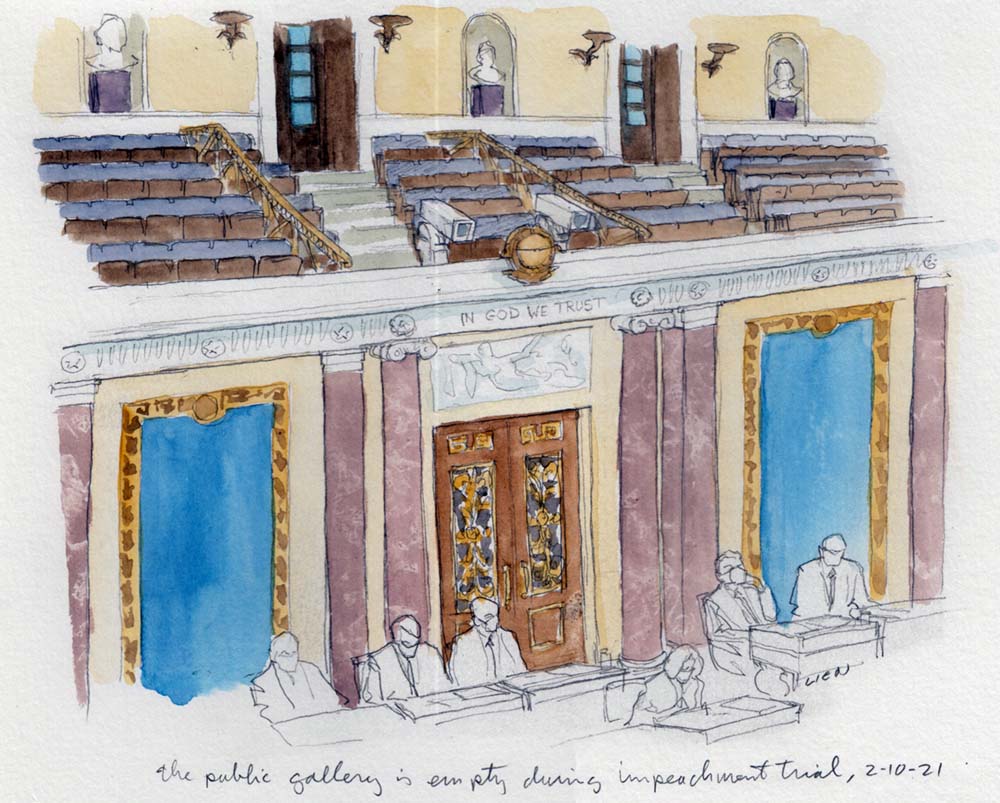 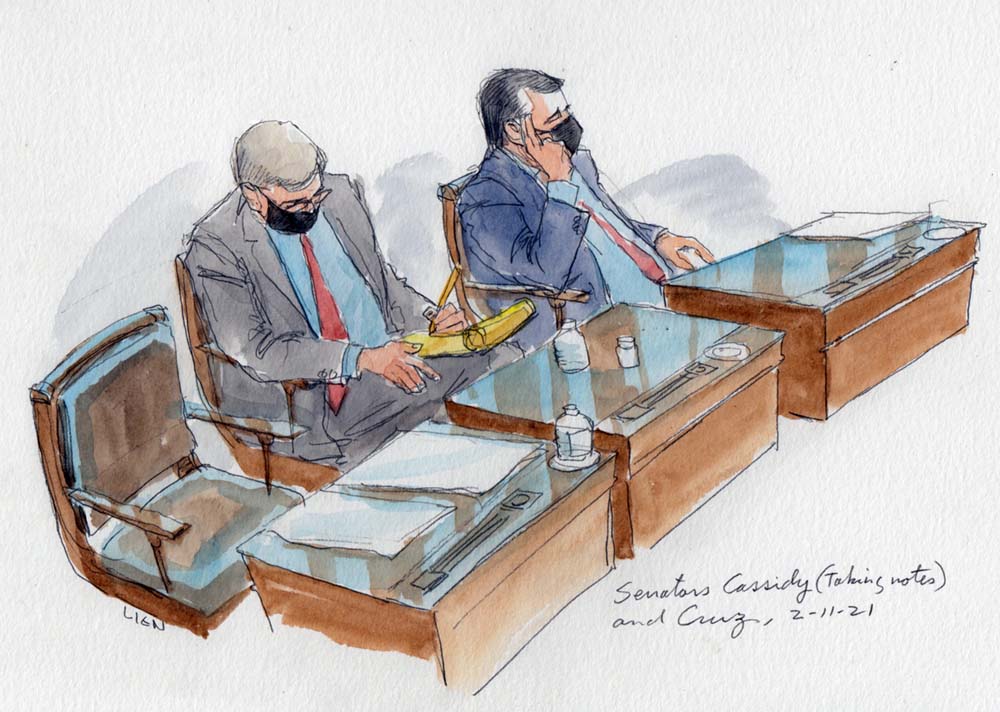 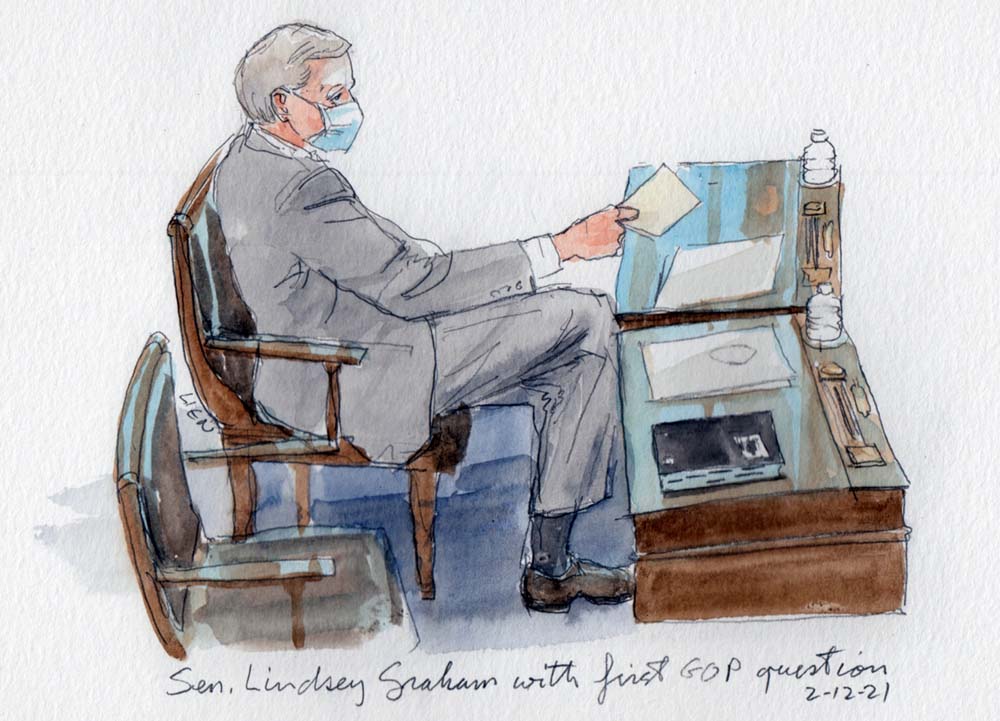 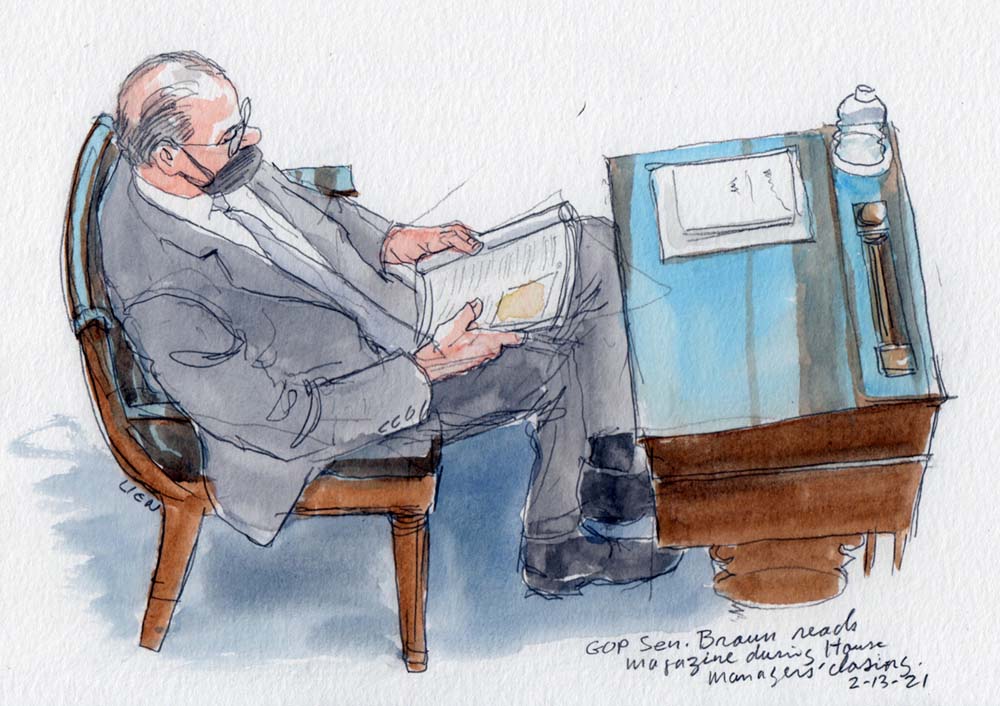 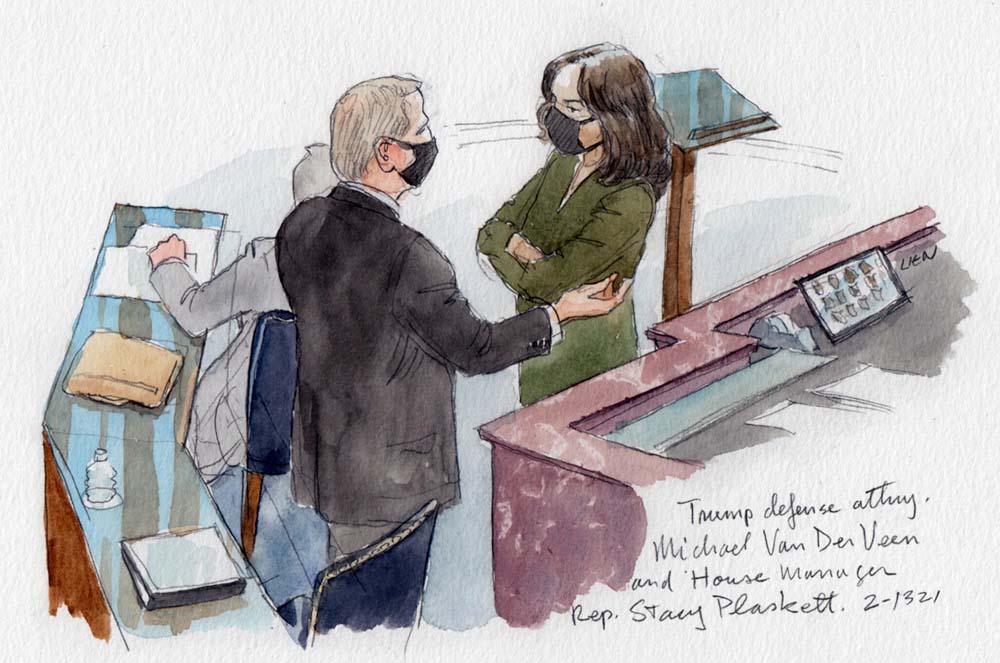 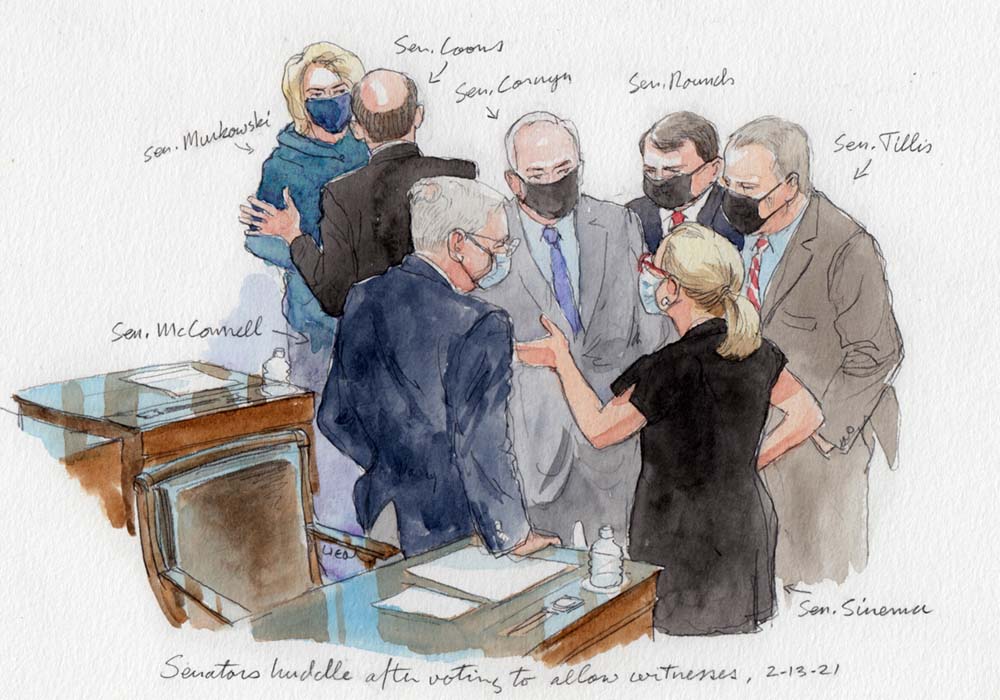