SCOTUS Visits the AT

Cowpasture! What a great title. And an excuse to put the justices on the Appalachian Trail. United States Forest Service v. Cowpasture River Preservation Association, concerning a proposed natural gas pipeline running under the AT, is also of interest to my wife, a longtime member of one of the Appalachian Trail Conference associated clubs. She also happens to be involved in different gas pipeline lawsuit, this one in Baltimore’s Leakin Park. She was able to get a seat for the argument so I had the rare pleasure of driving into work with Bridget. 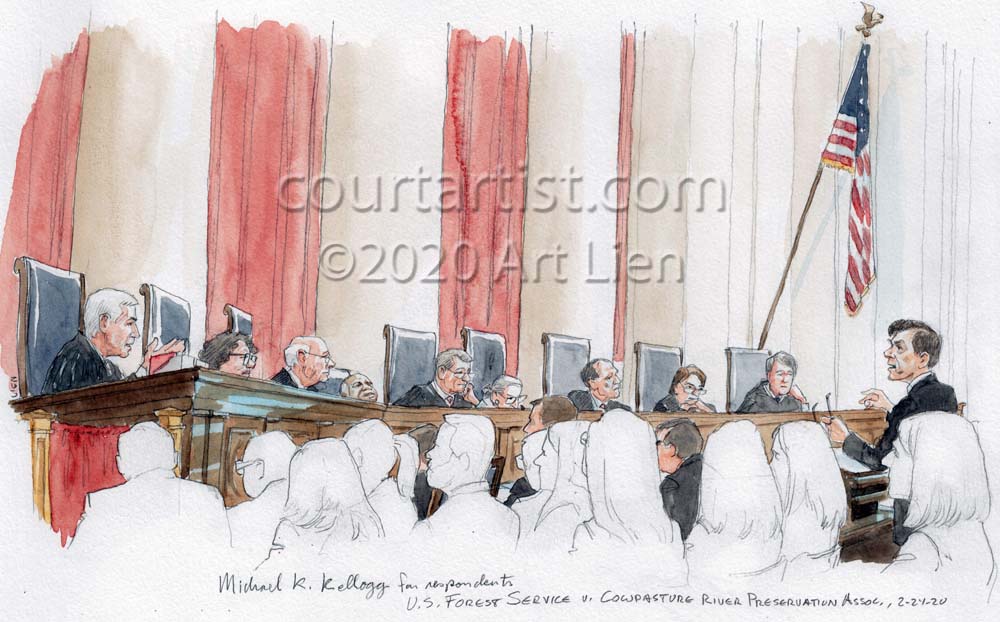 There were, of course, other arguments as well as opinions to sketch in this first week of the February sitting, and I sketched a few. But mostly I used my time in the courtroom preparing for next week’s blockbusters on abortion and the CFPB. 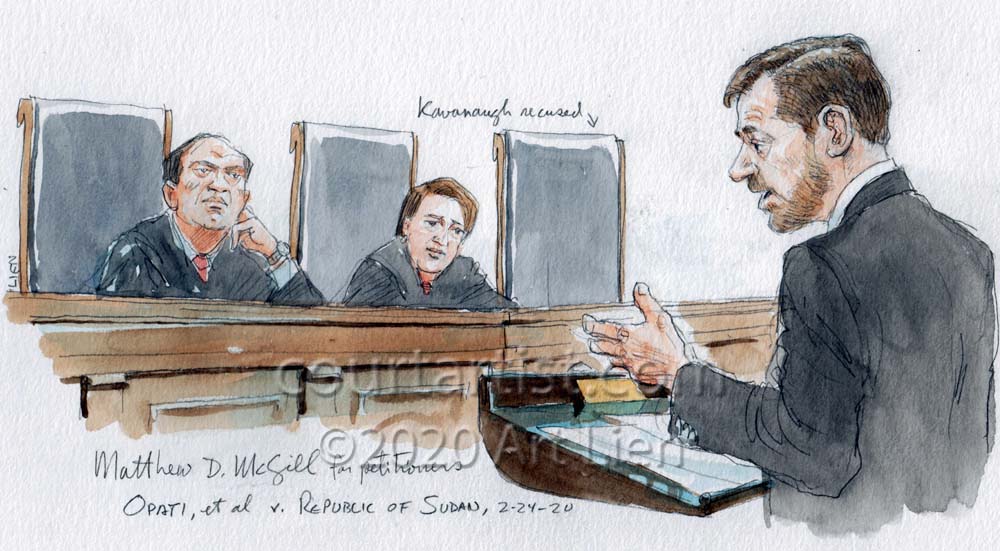 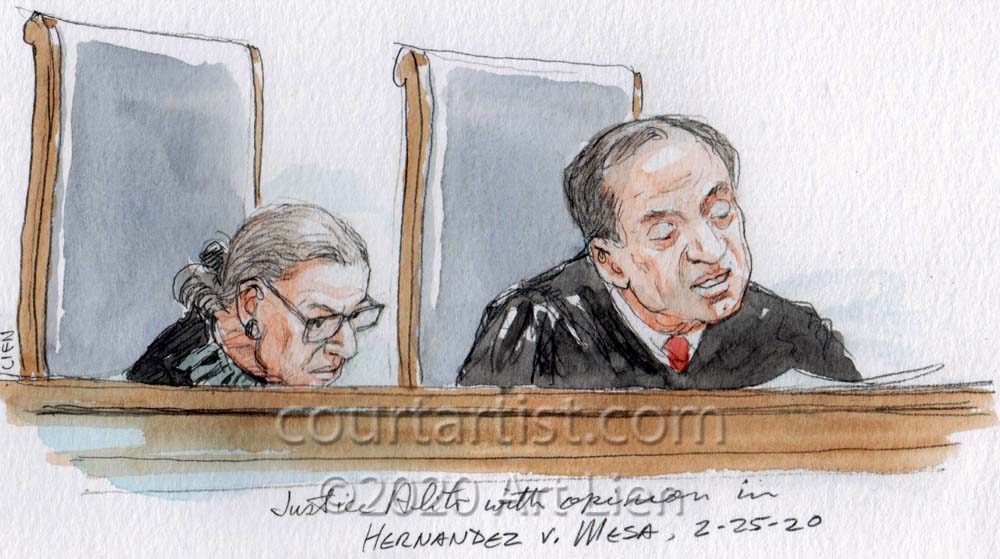 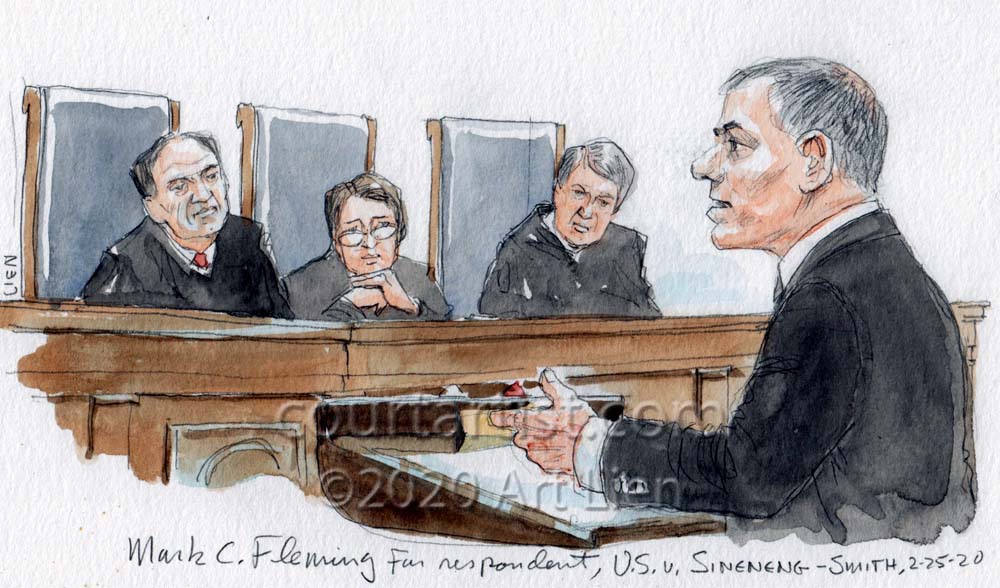 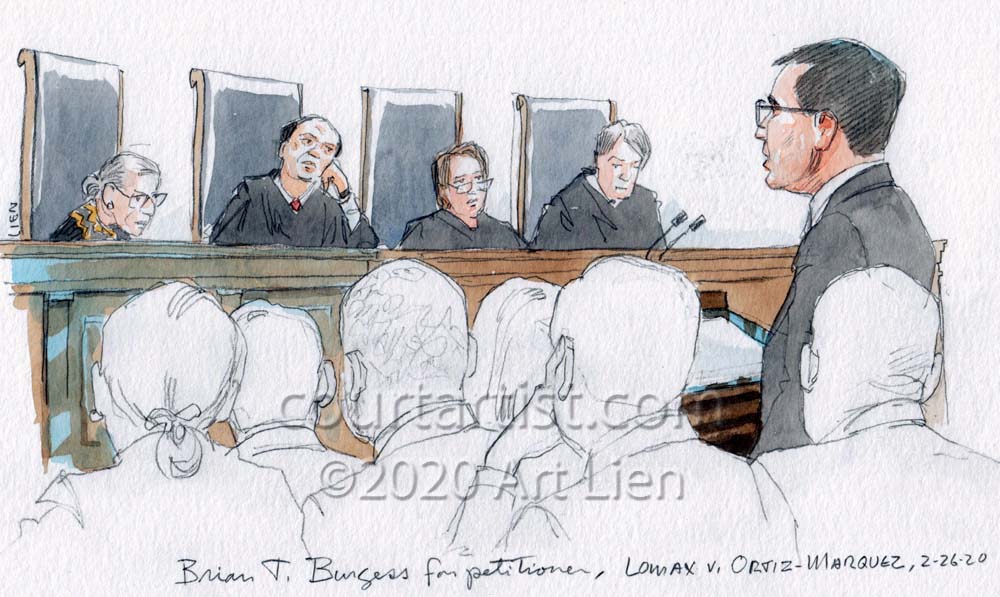