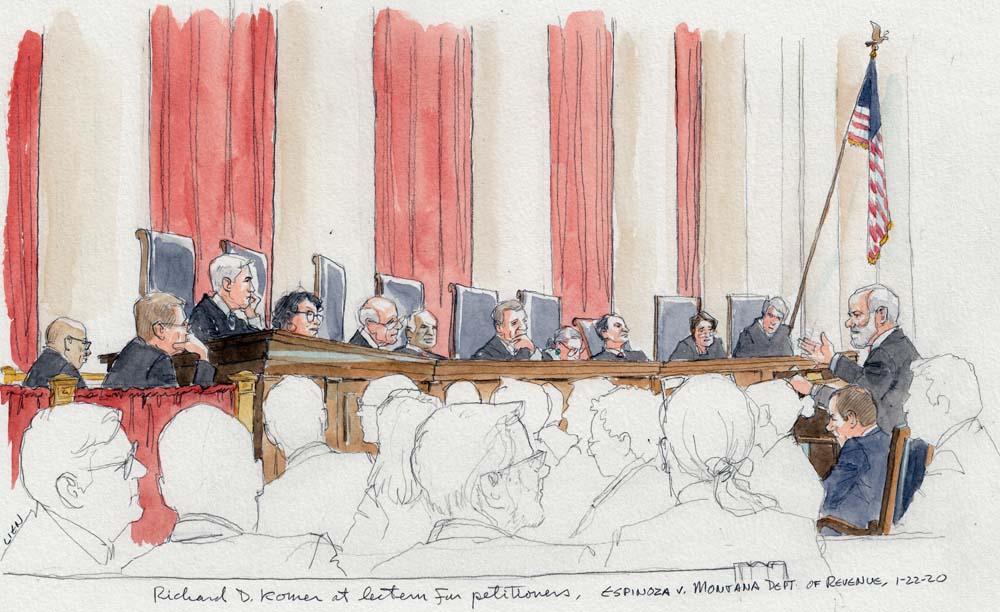 Chief Justice Roberts started his second job last Tuesday, presiding over the Senate impeachment trial of President Trump which on the first day when into the wee hours of the next. Nevertheless, after what must have been a tedious employ, Roberts appeared rested and engaged Wednesday morning when the Court heard argument in a significant establishment clause case, Espinoza v. Montana Department of Revenue. The case began when parents sued the state revenue department after it ruled that tax credit scholarship programs could not be used for religious schools, which the majority of recipients were. The Montana Supreme Court invalidated the entire program, for both religious and secular schools. Education Secretary Betsy DeVos, who favors a similar federal tax credit program, was in the audience. 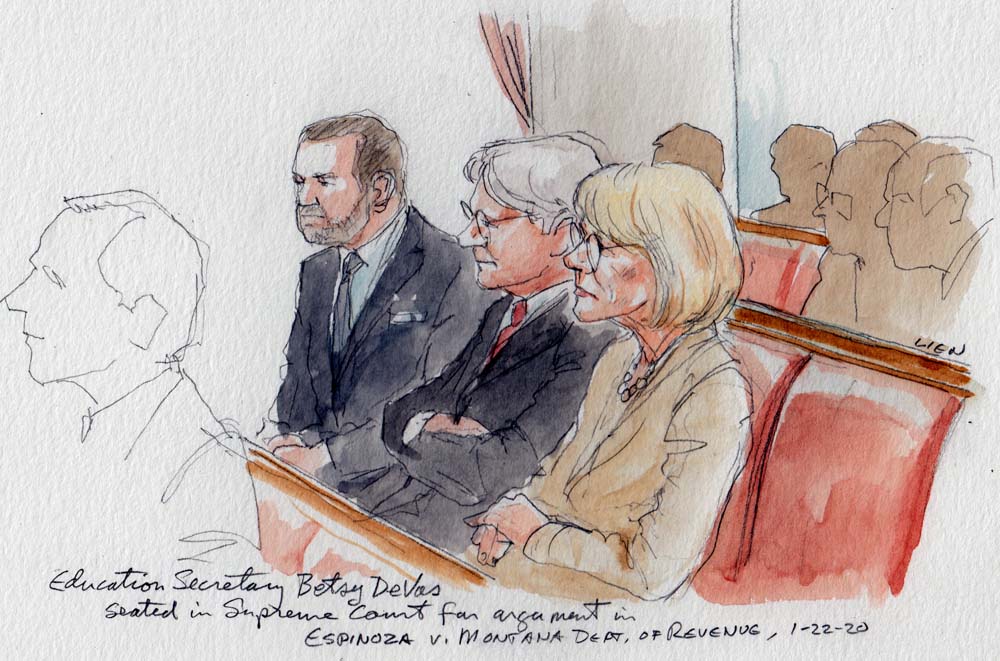 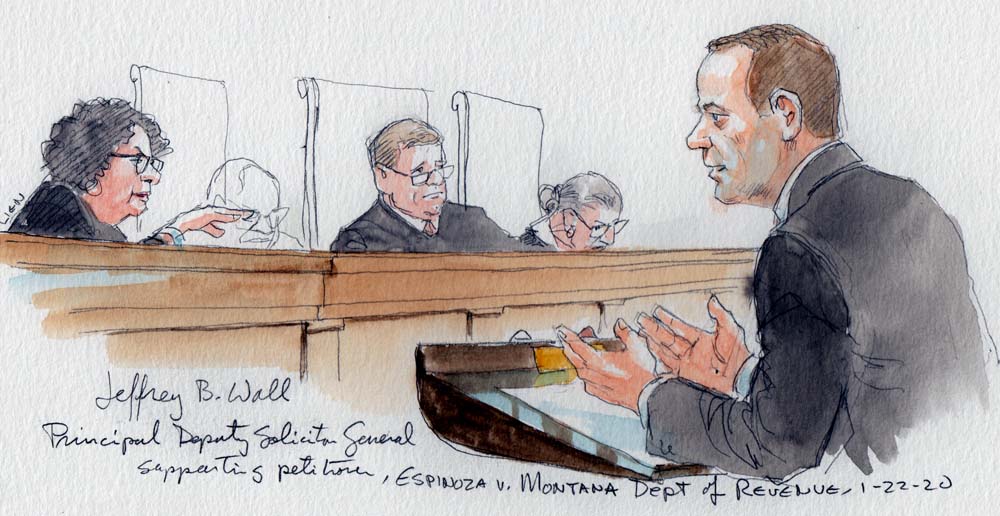 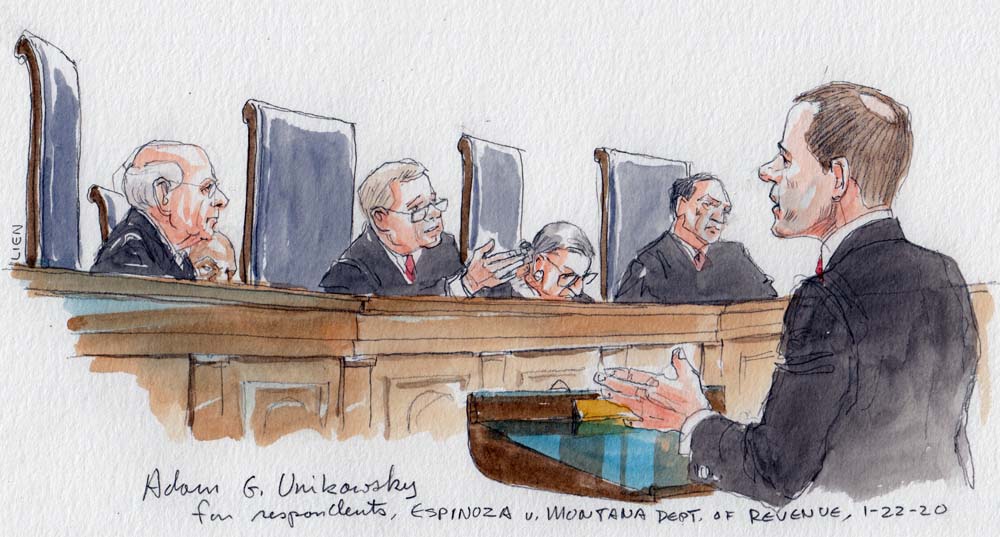 On Tuesday, before heading over to the Senate for that first, long day, I did just one sketch of the 10:00 o’clock Armed Career Criminal Act argument, Shular v. United States. 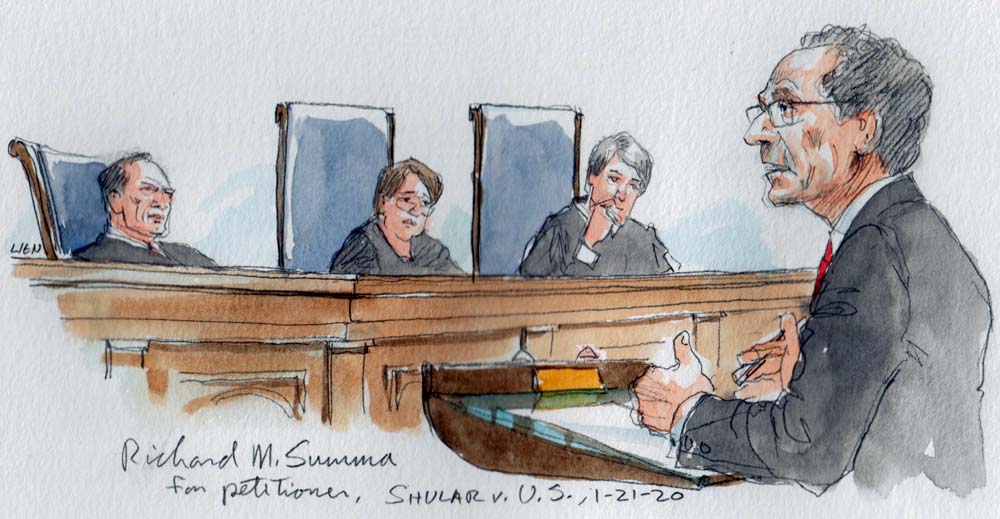