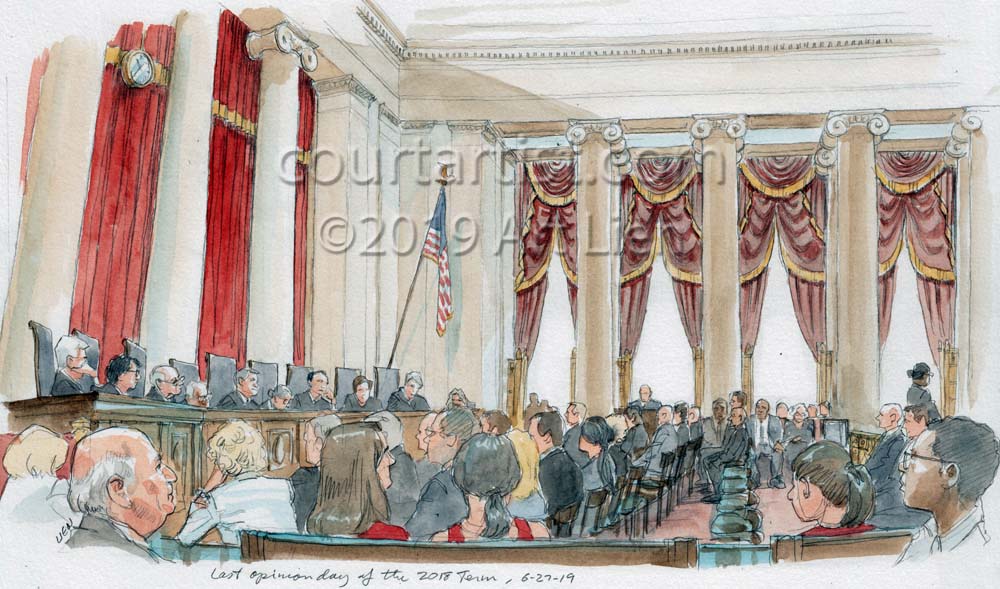 A generally quiet term concluded this week with opinions on two major issues before the Court, election district gerrymandering and the citizenship question on the 2020 census. There’s no question that it is now the Roberts Court with the Chief Justice replacing now retired Justice Kennedy as the deciding swing vote. Roberts wrote the opinions in both of the term’s blockbusters, siding with the conservatives on gerrymandering, but joining, at least in part, the liberal justices on the census question.

Here are some sketches from this last week. More sketches from the term are posted in my archive. I’m off to Ireland for a two week vacation so any print orders will have to wait until the end of July. Have a great summer! 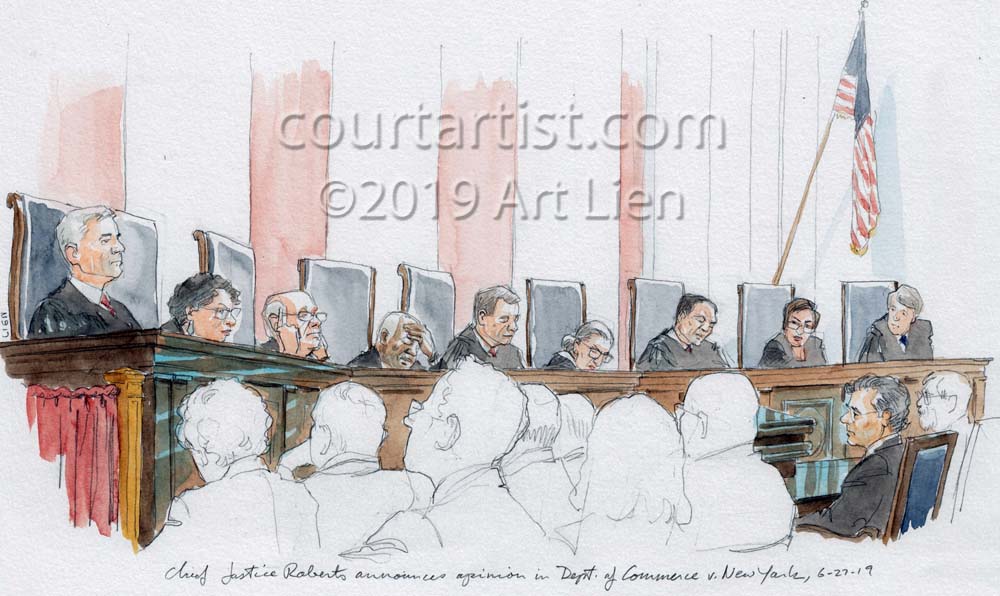 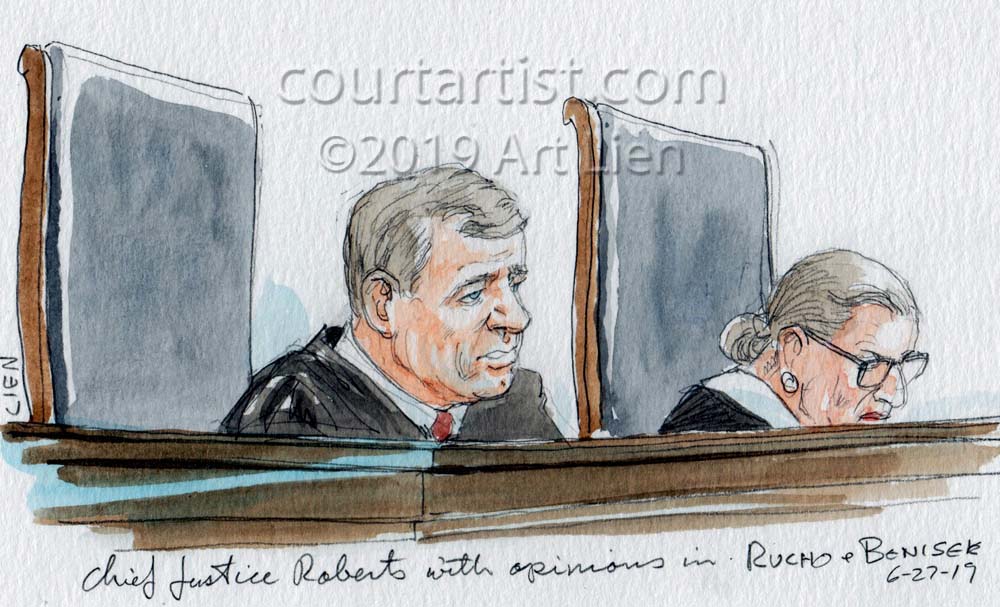 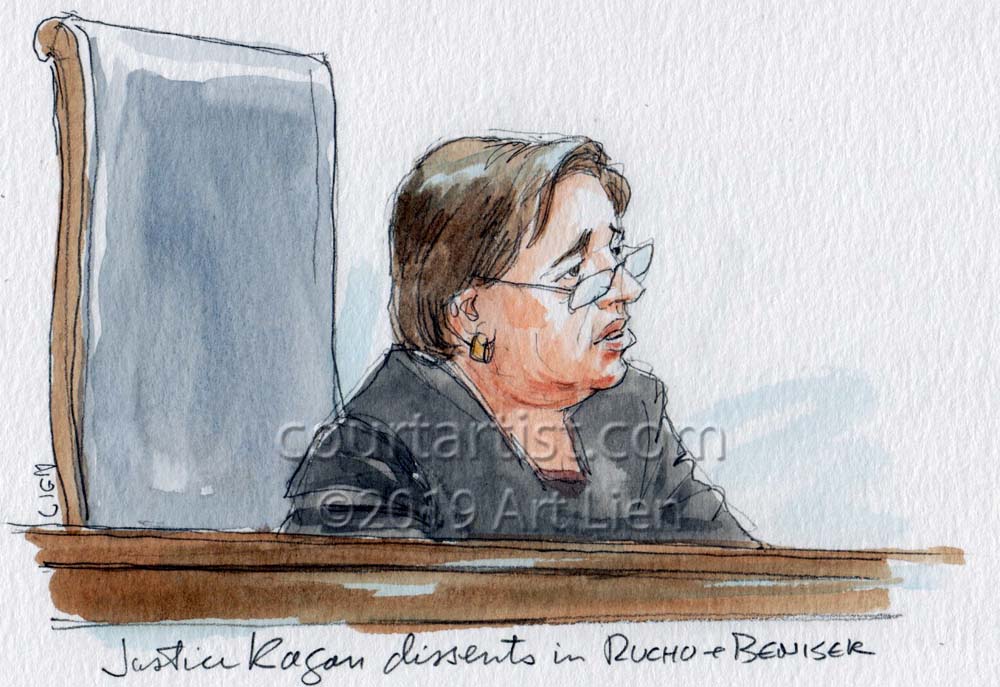 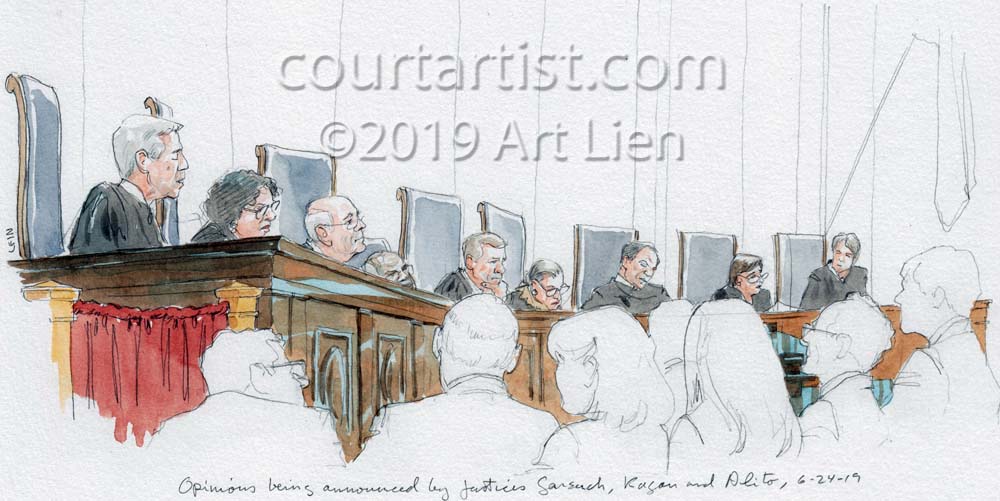 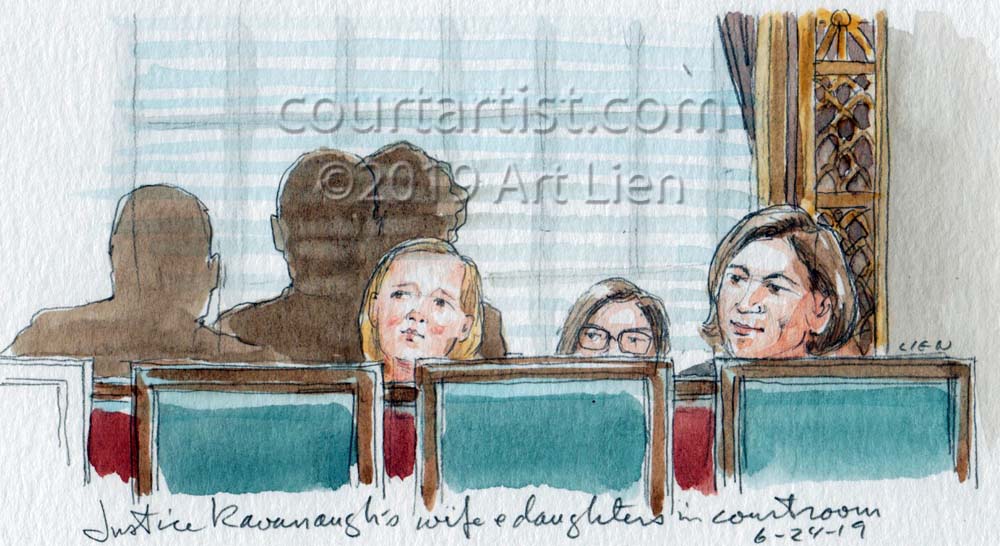 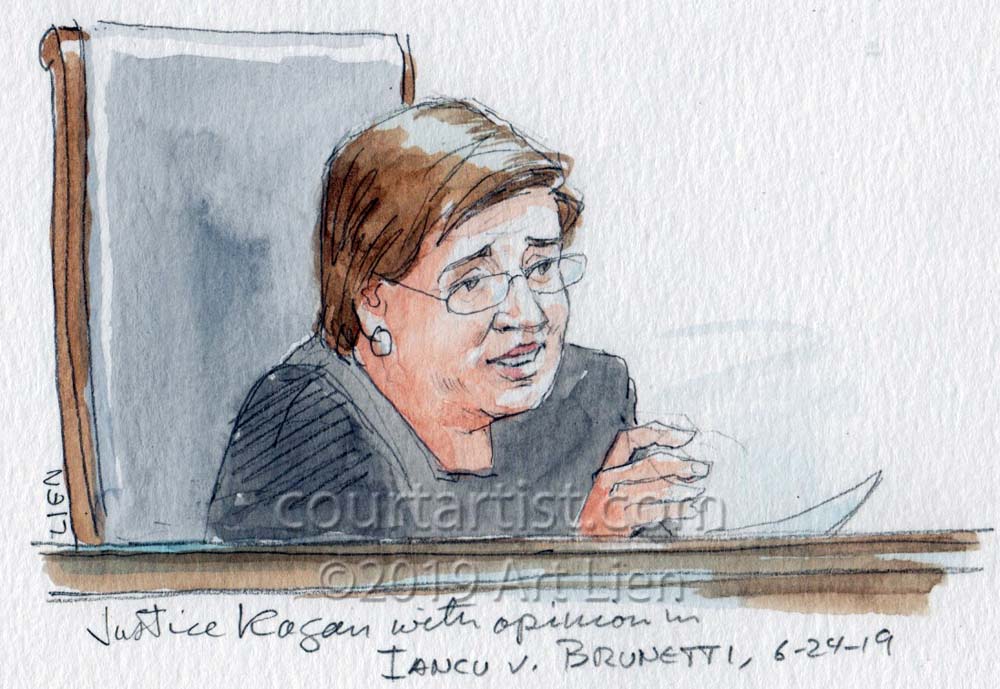