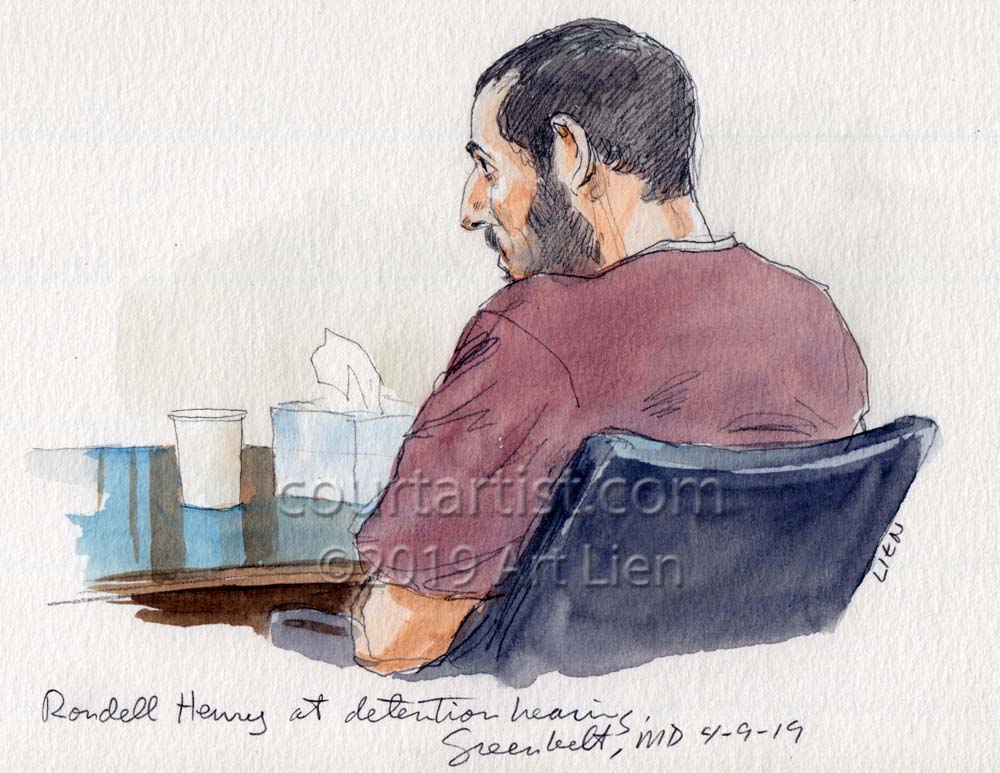 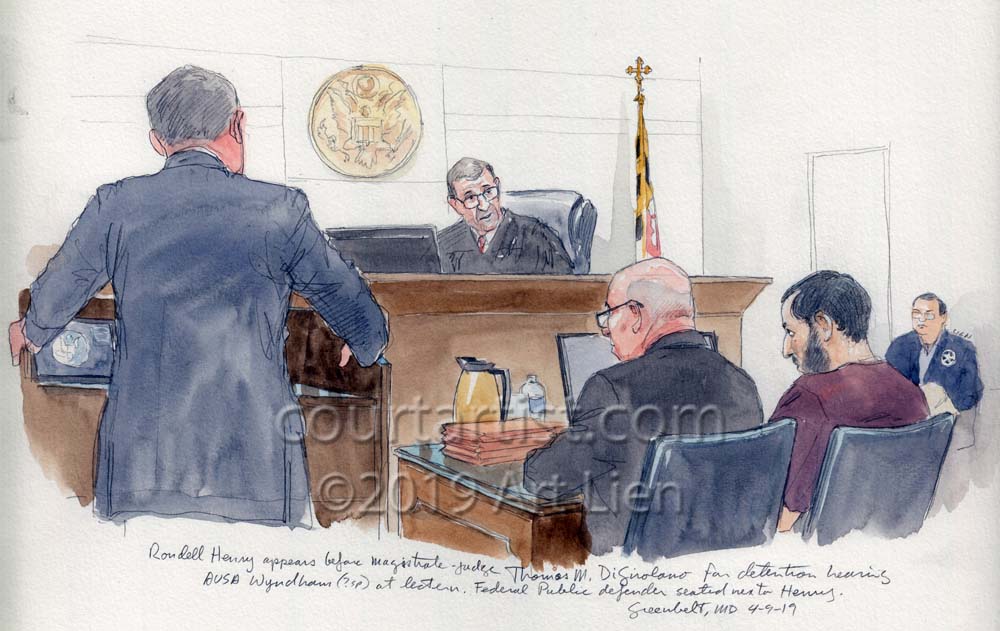 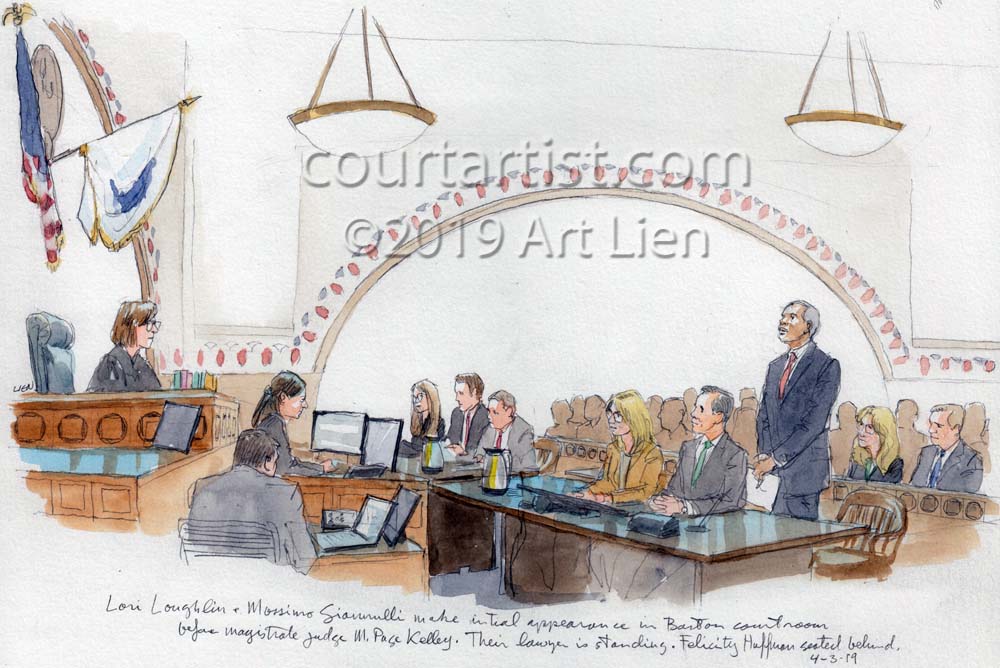 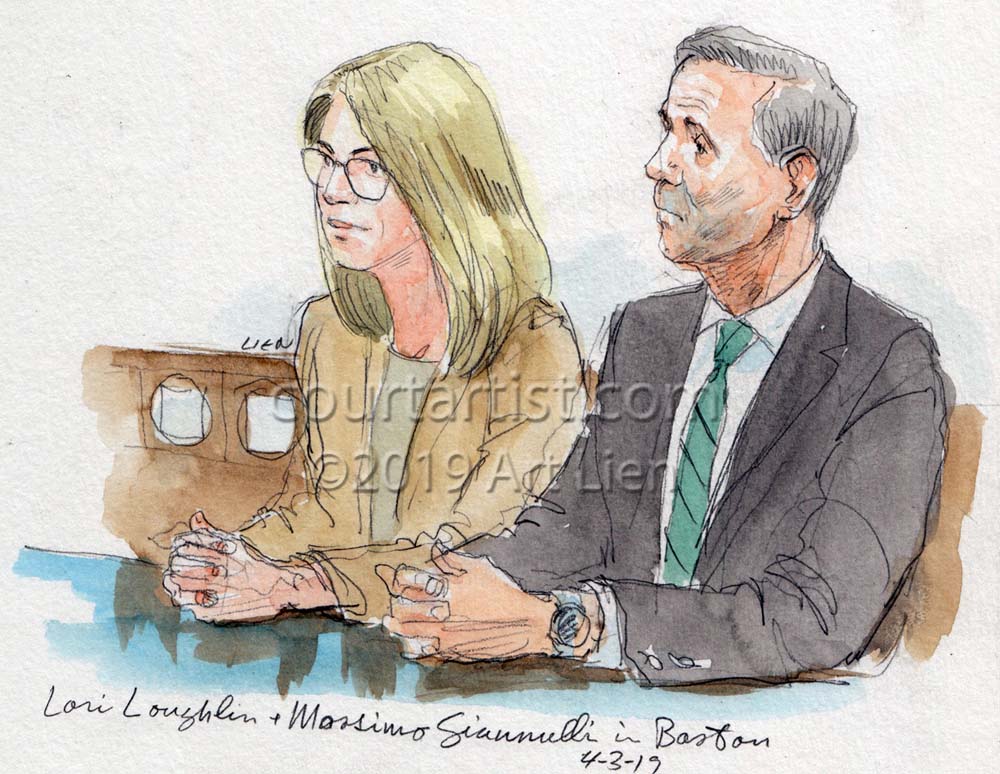 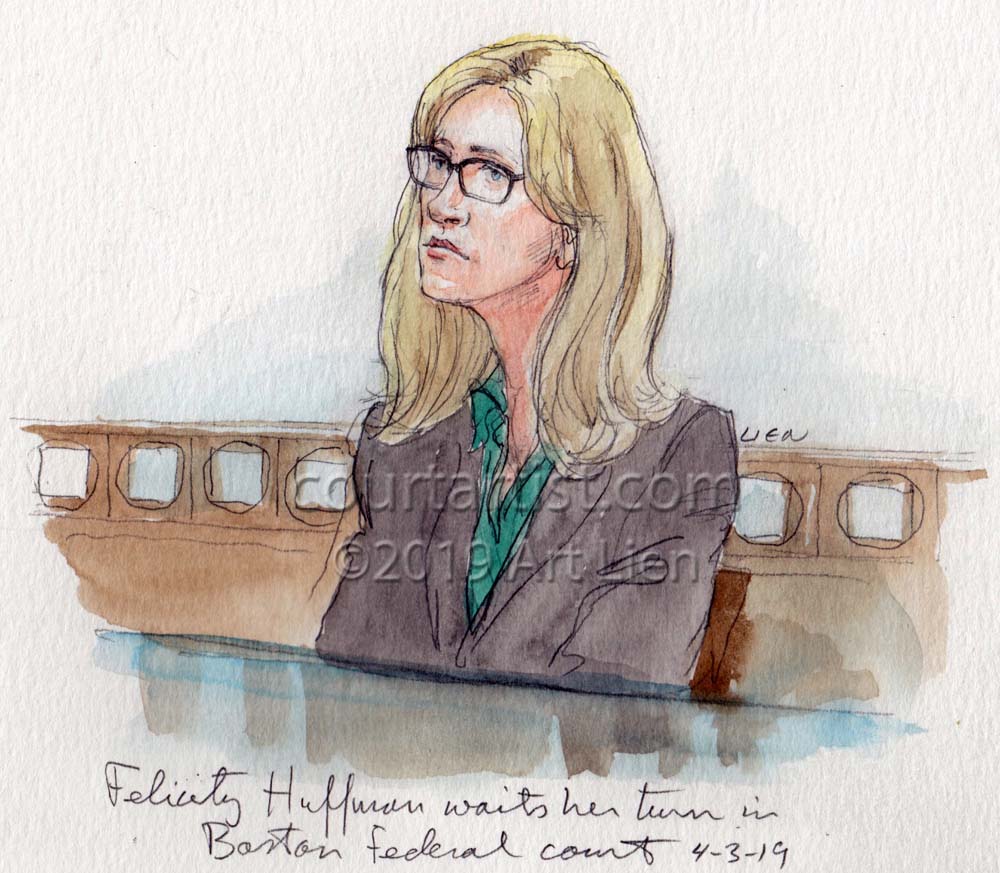 Last Sketches from the March Sitting

It’s Monday, April 1st, and surprise! I’m not at the Court. I meant to be there but with so much to do before heading up to Boston for the celebrity college admissions scandal, and low expectations of any really momentous opinions, I choose to play hooky. Nevertheless, here’s an April Fools banner.

The big arguments last week were a pair of gerrymandering cases, Rucho v. Common Cause and Lamone v. Benisek, that never made it to network prime time because of the Jussie Smollett breaking news. Again with the celebrities! 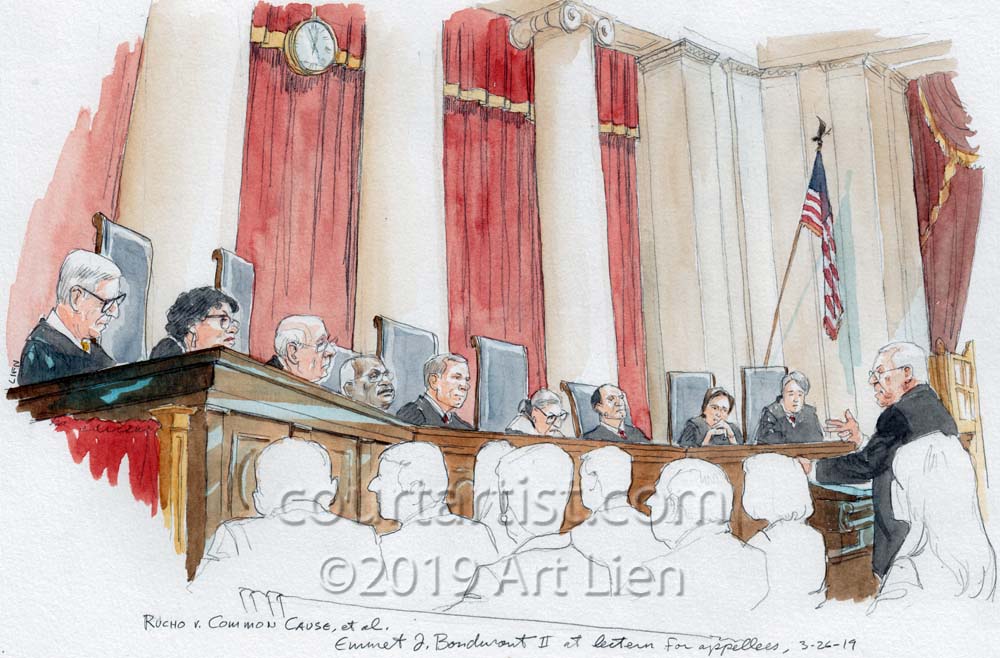 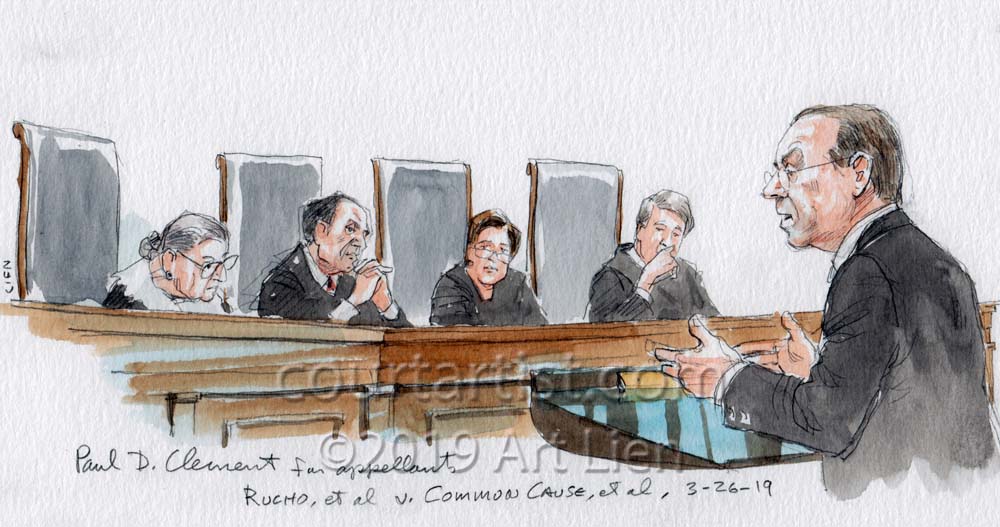 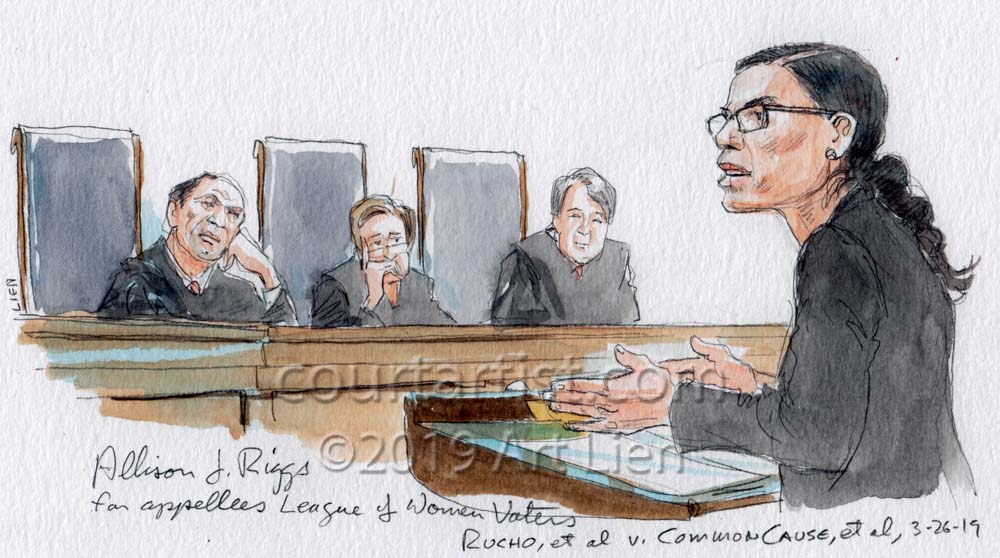 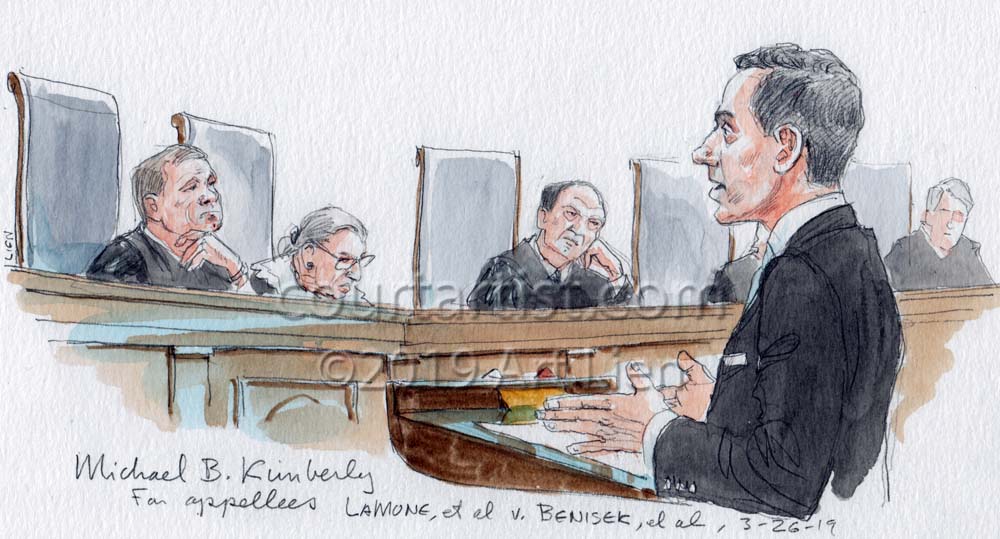 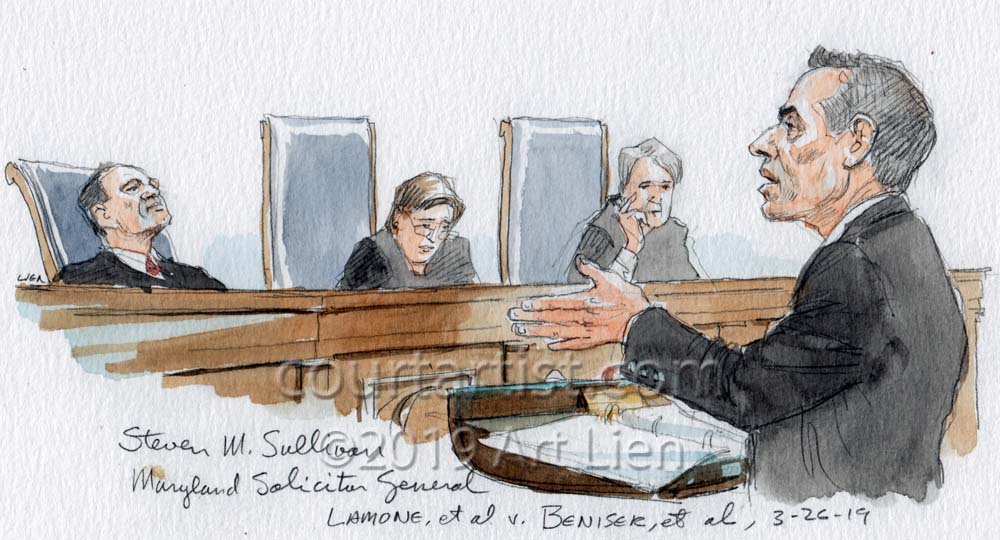 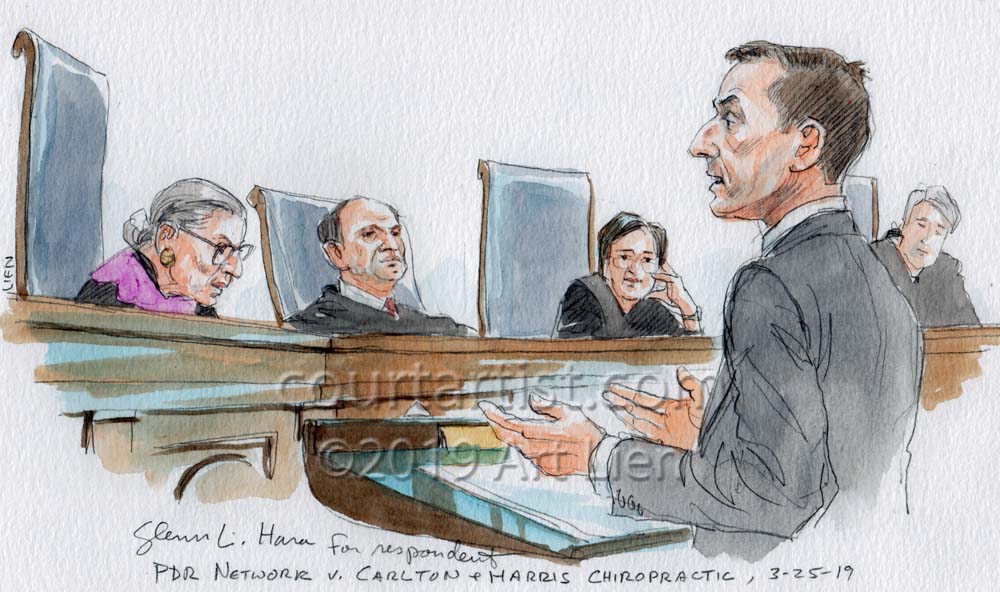 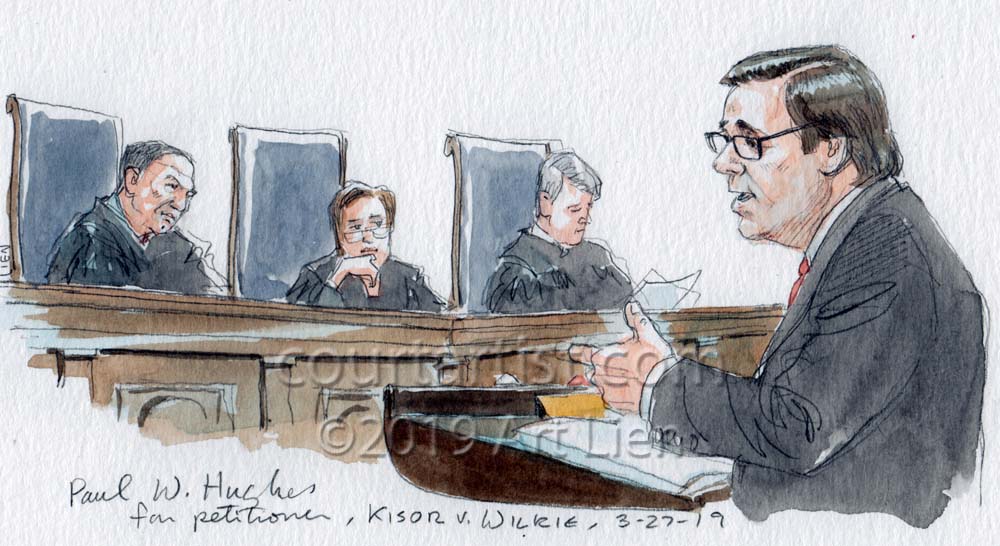 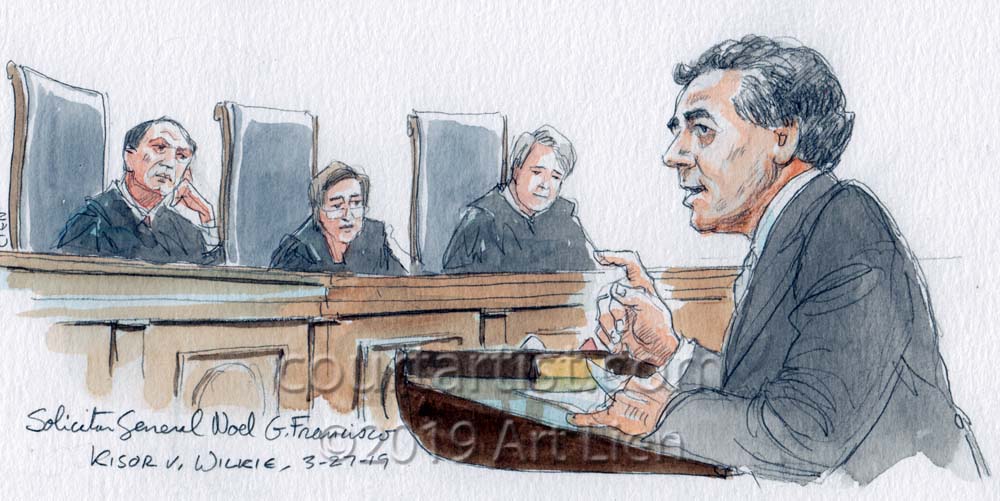 We also had an Admiralty Law case, The Dutra Group v. Batterton, argued last week, and though I didn’t sketch the argument I felt it was time for a maritime themed banner.