The Core of the Manafort Trial 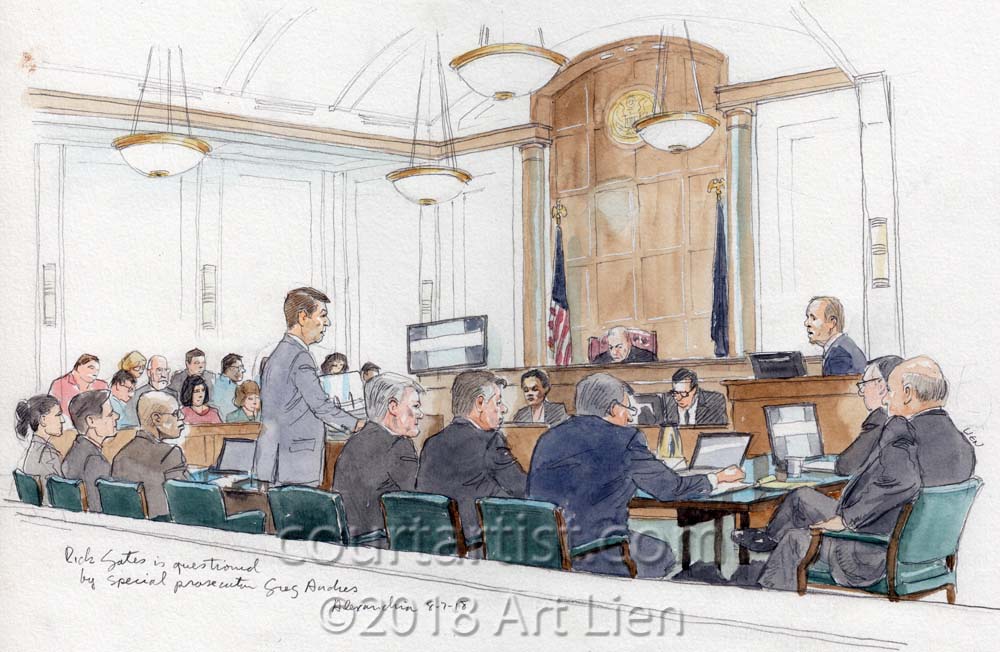 Quite a week. Manafort’s former partner in crime, Rick Gates, was called to testify late Monday and remained in the hot seat through Wednesday morning. Then came the real meat of the case in sometimes tedious testimony from, an FBI forensic accountant, an IRS revenue agent, and several banking officers. And on Friday there was an unexplained delay possibly due to a jury issue. We don’t know the reason yet but the judge did go back to the jury area and spent a considerable amount of time in there.

The government is expected to rest on Monday after calling a couple of final witnesses. My sketches from week two are posted below more or less chronologically. 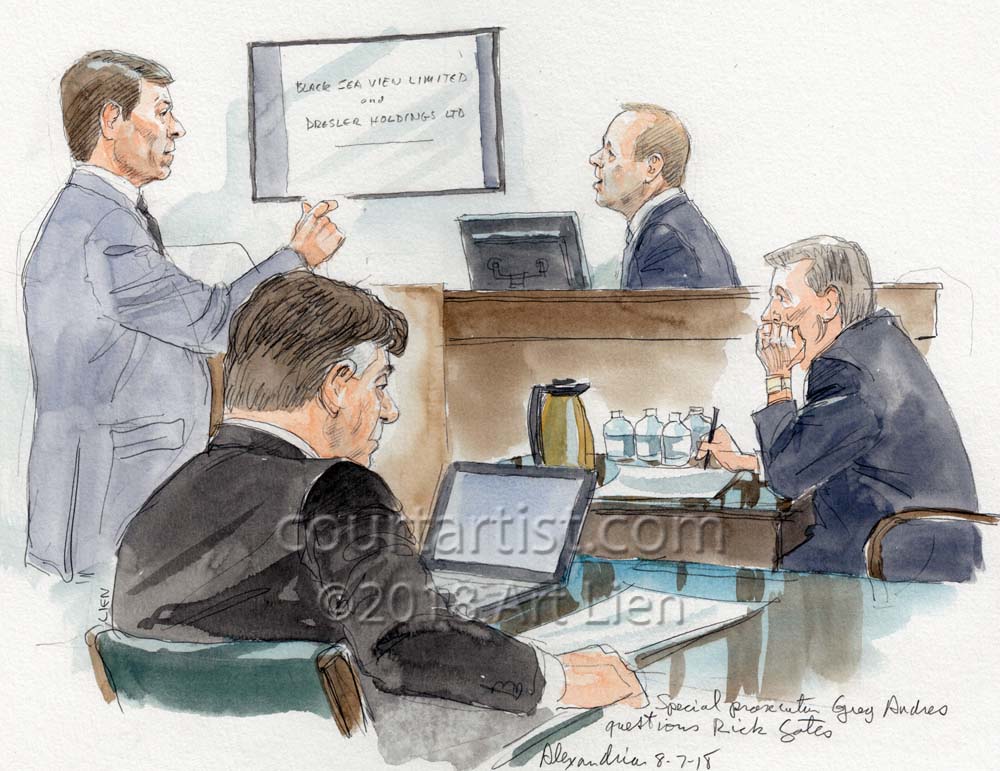 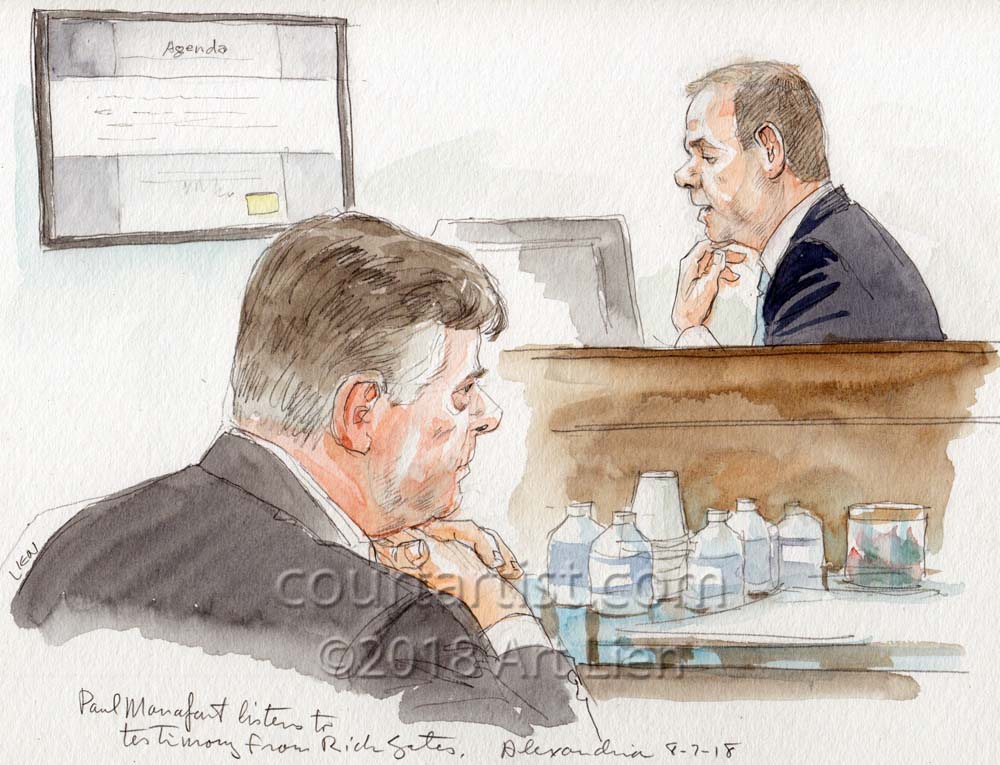 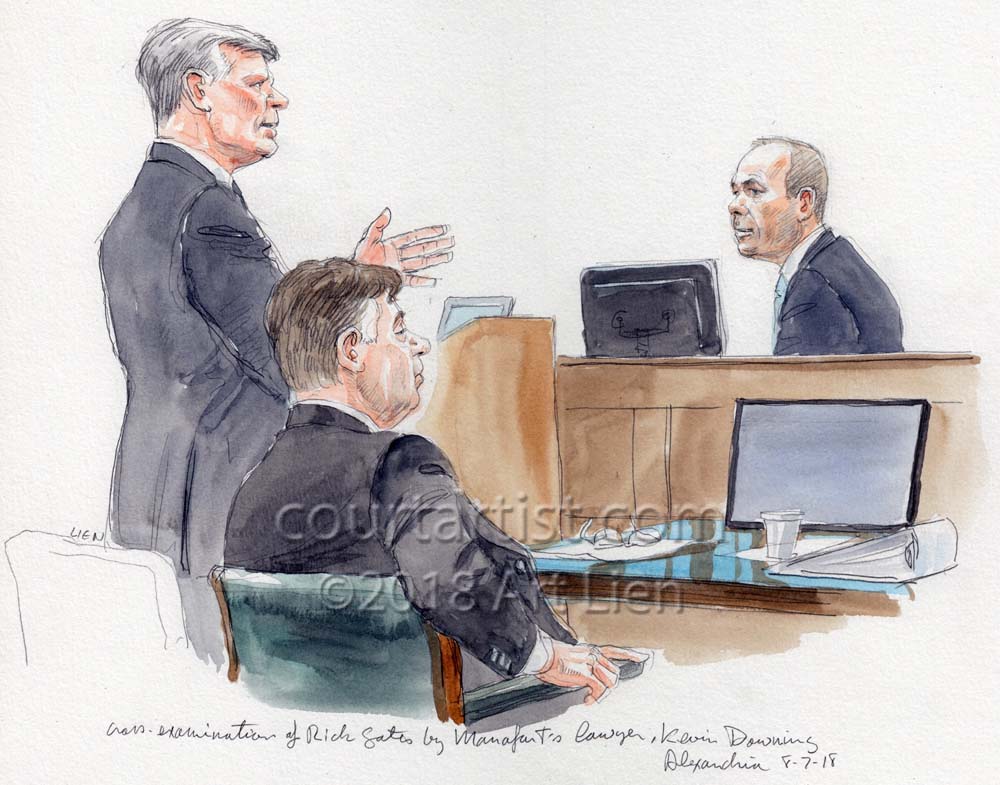 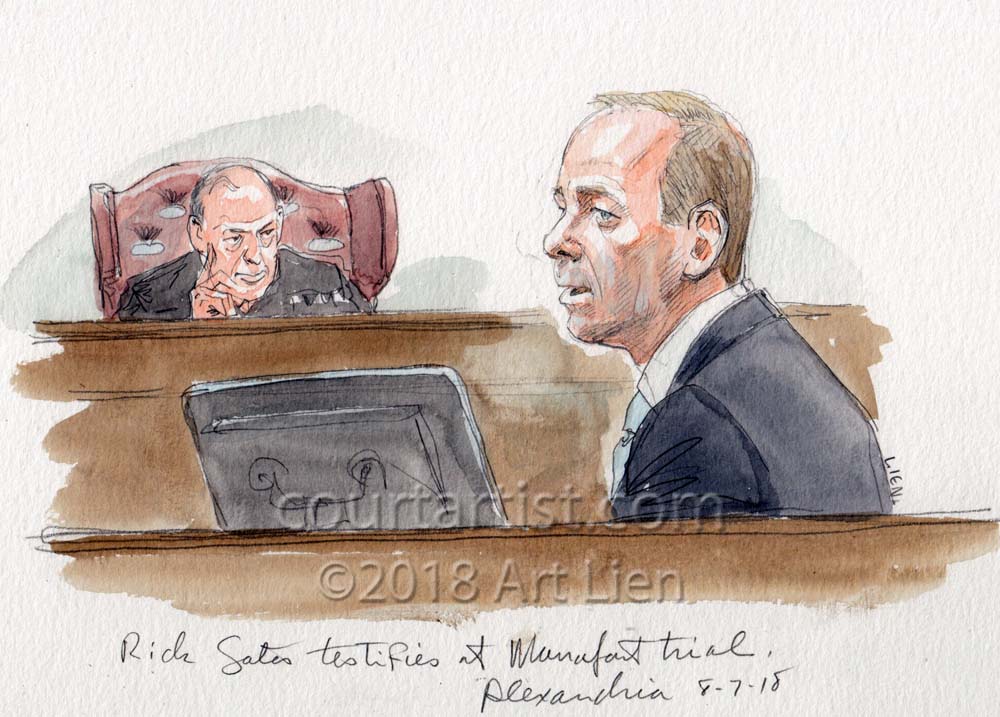 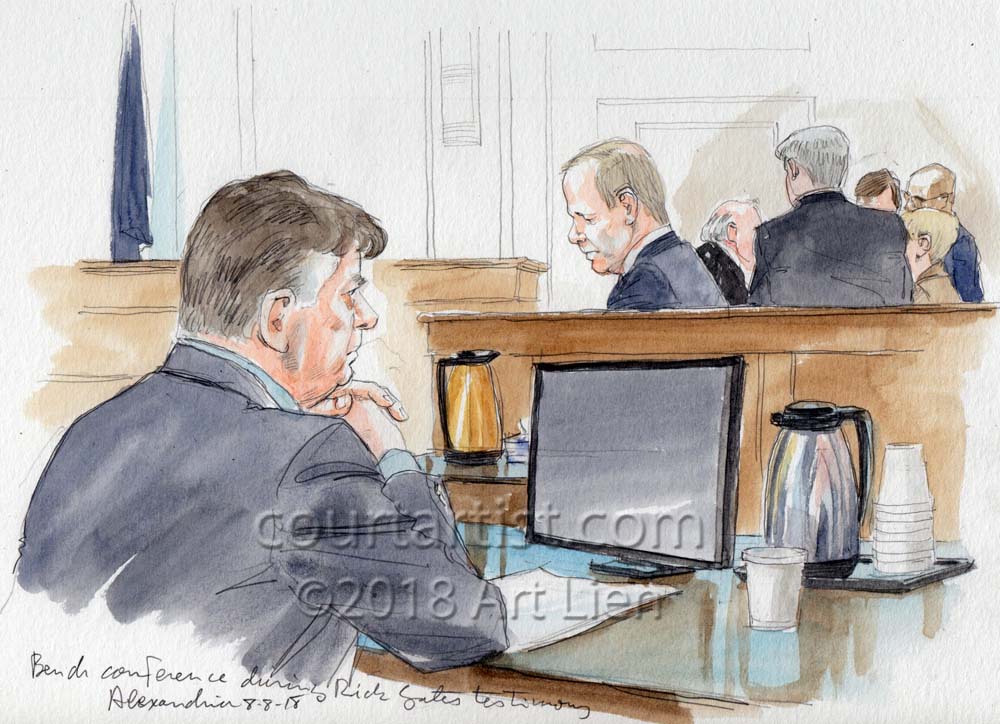 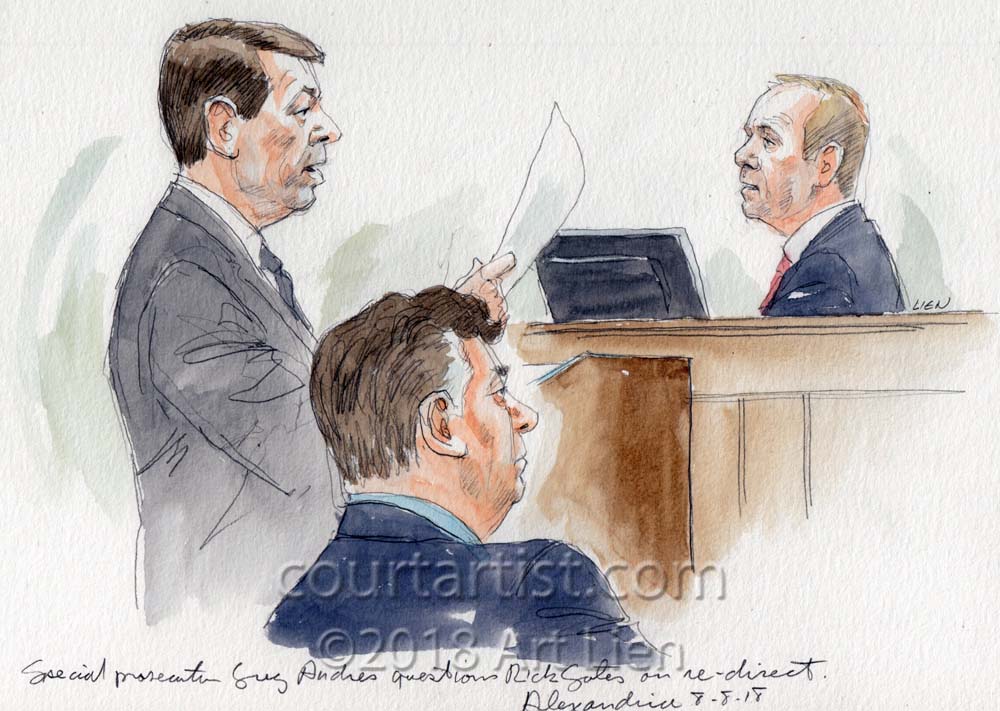 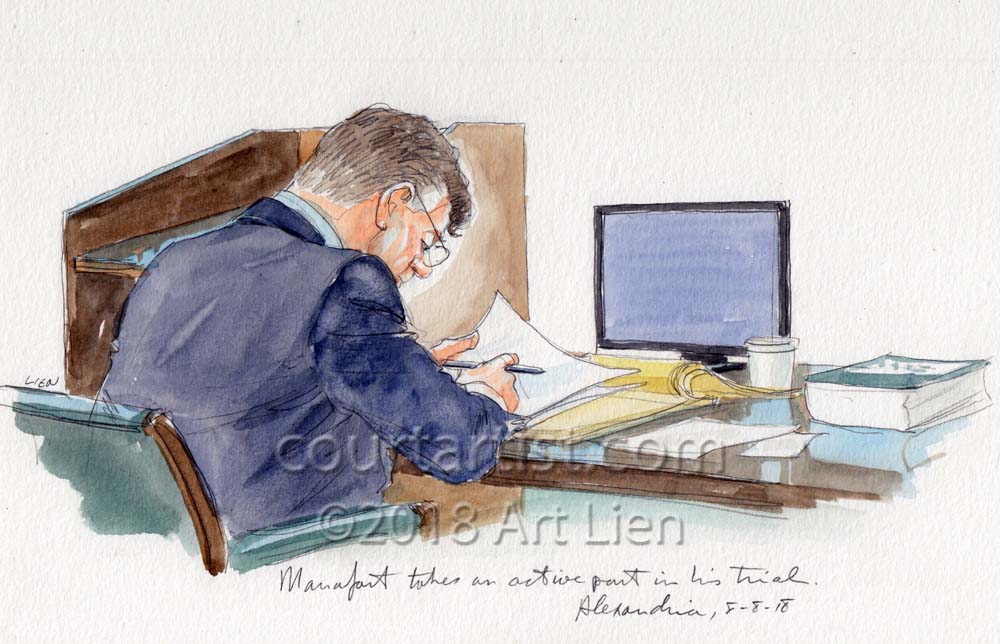 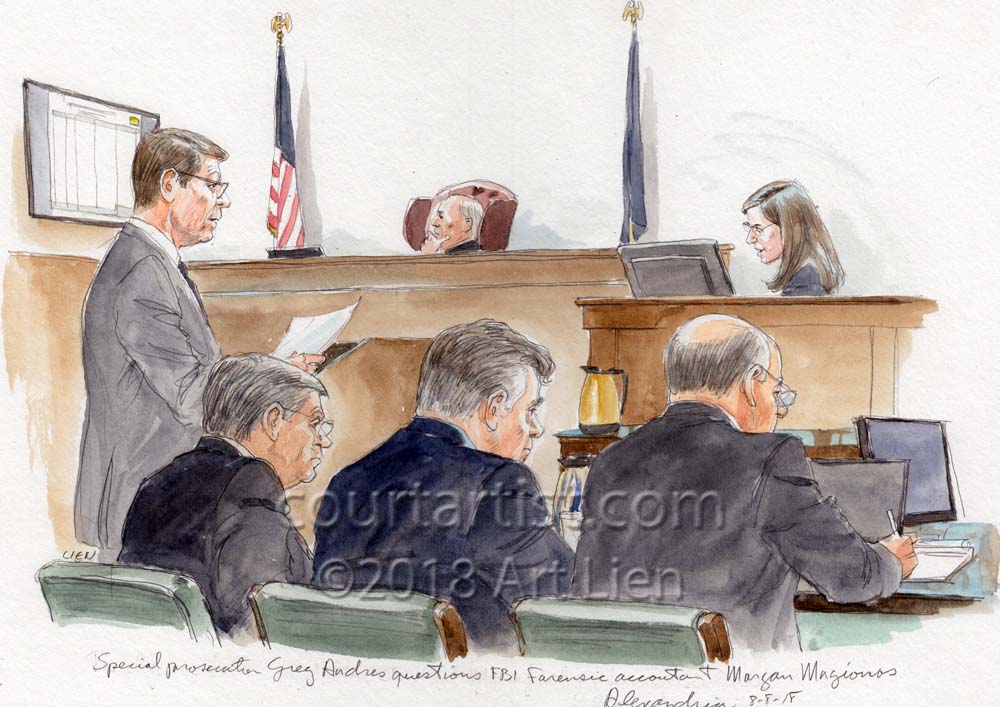 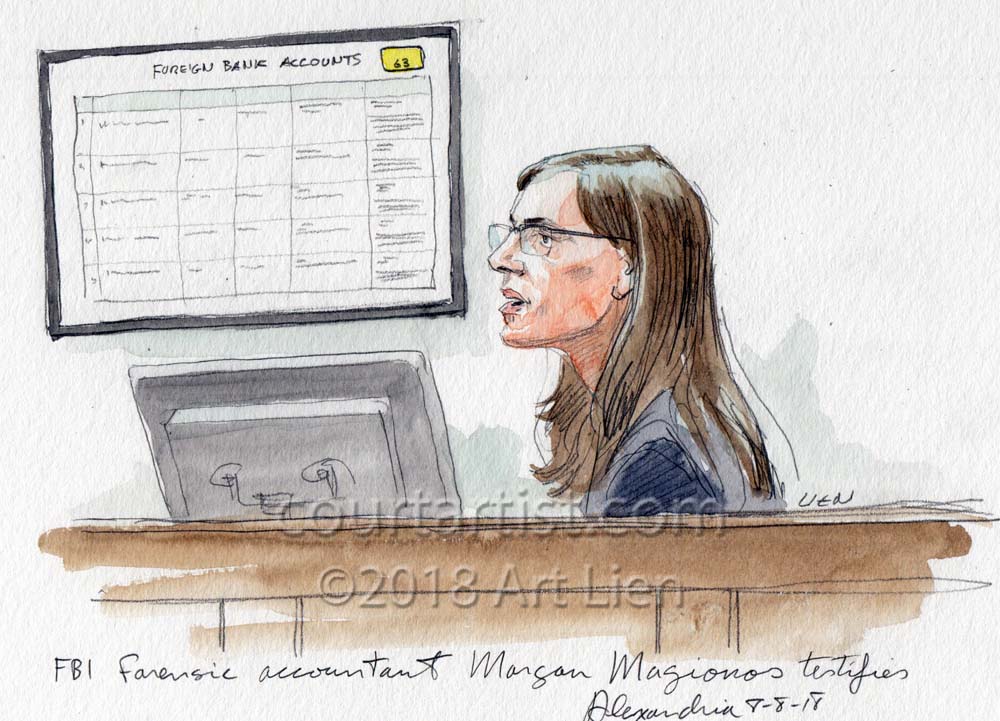 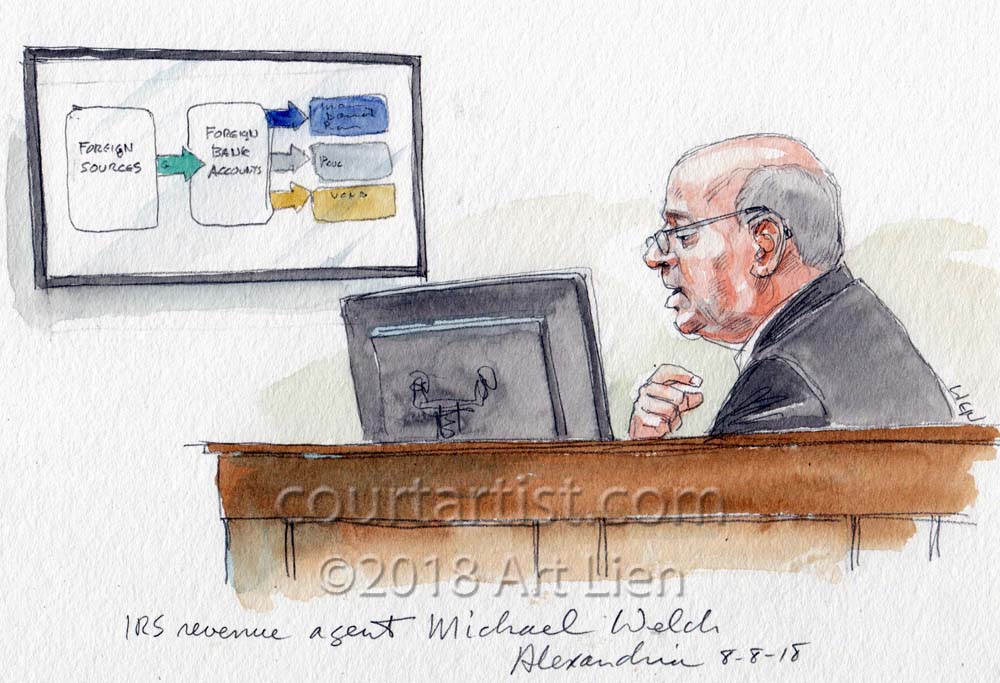 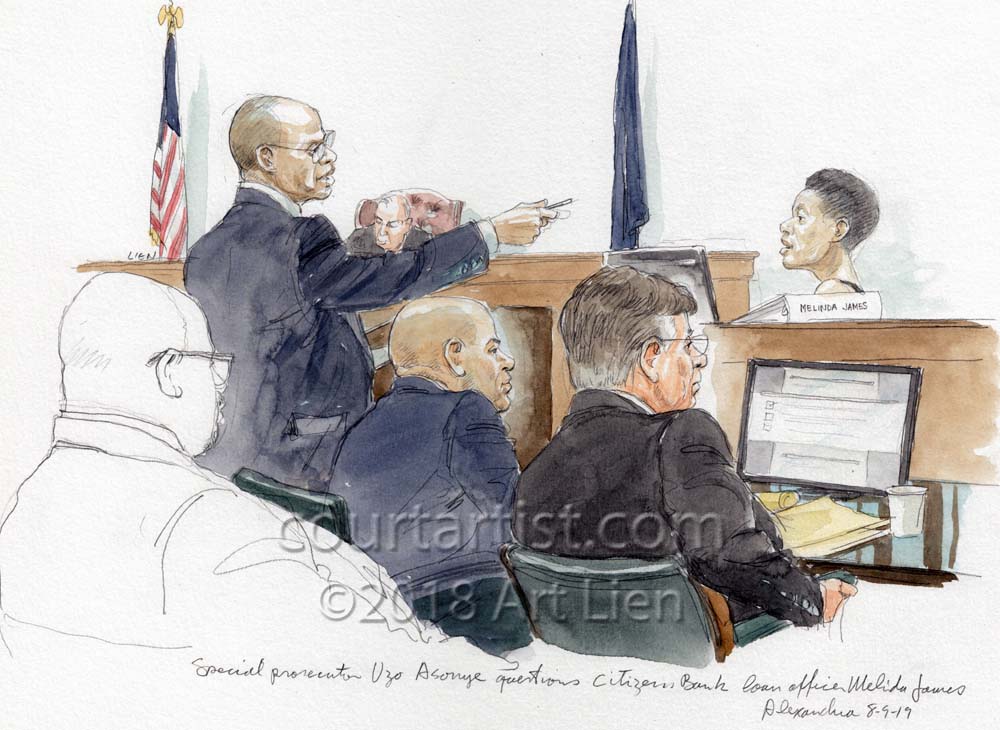 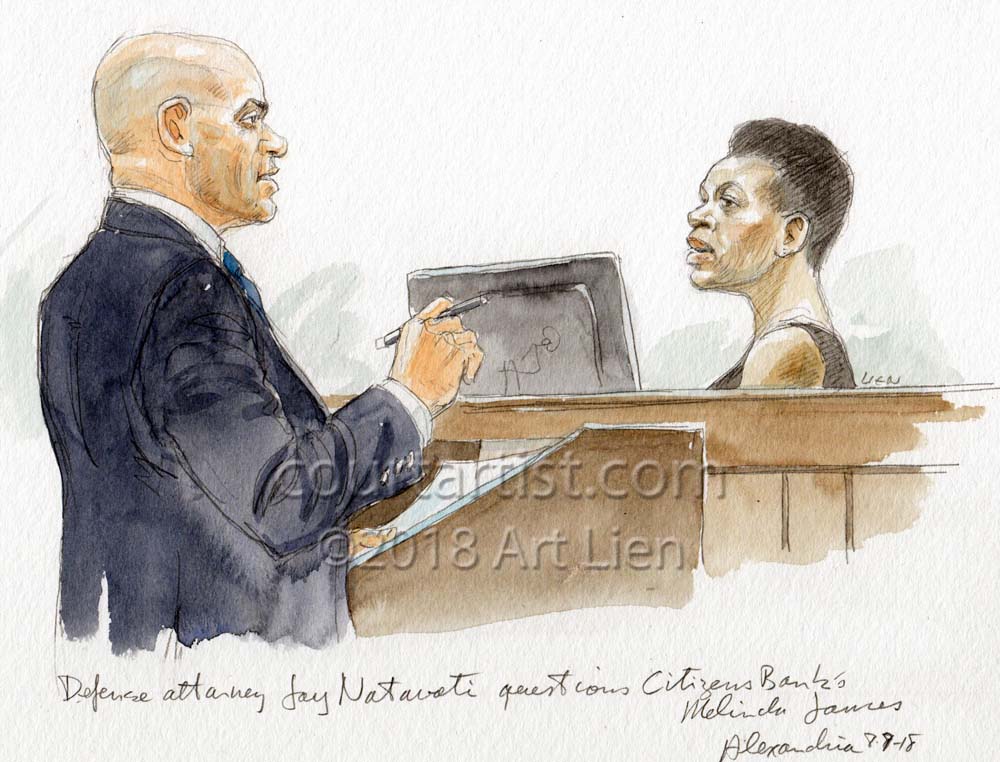 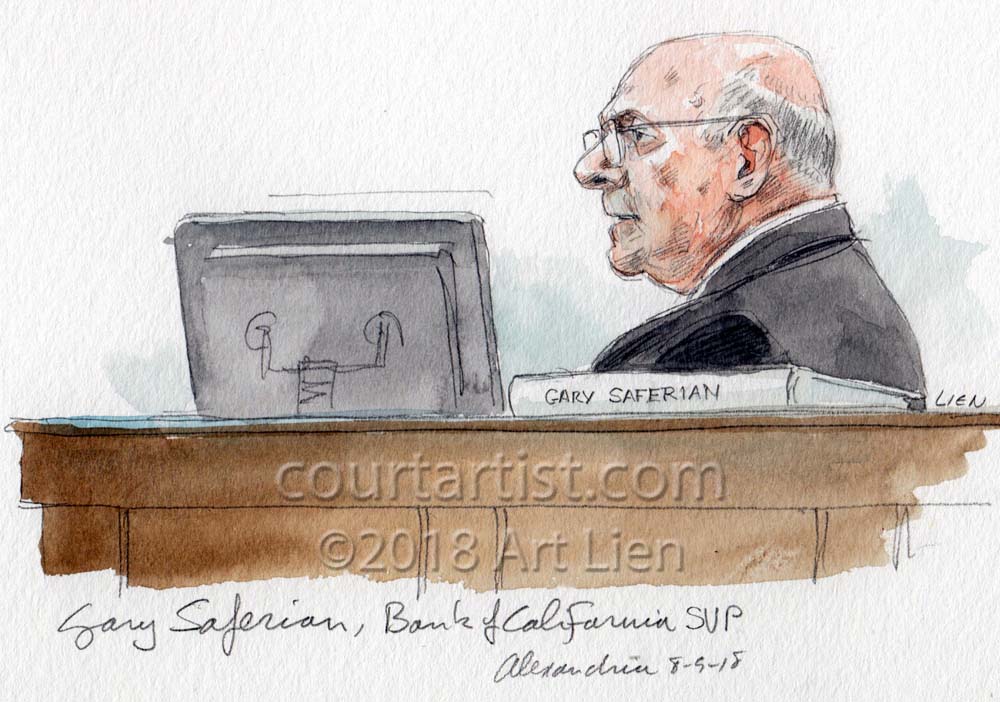 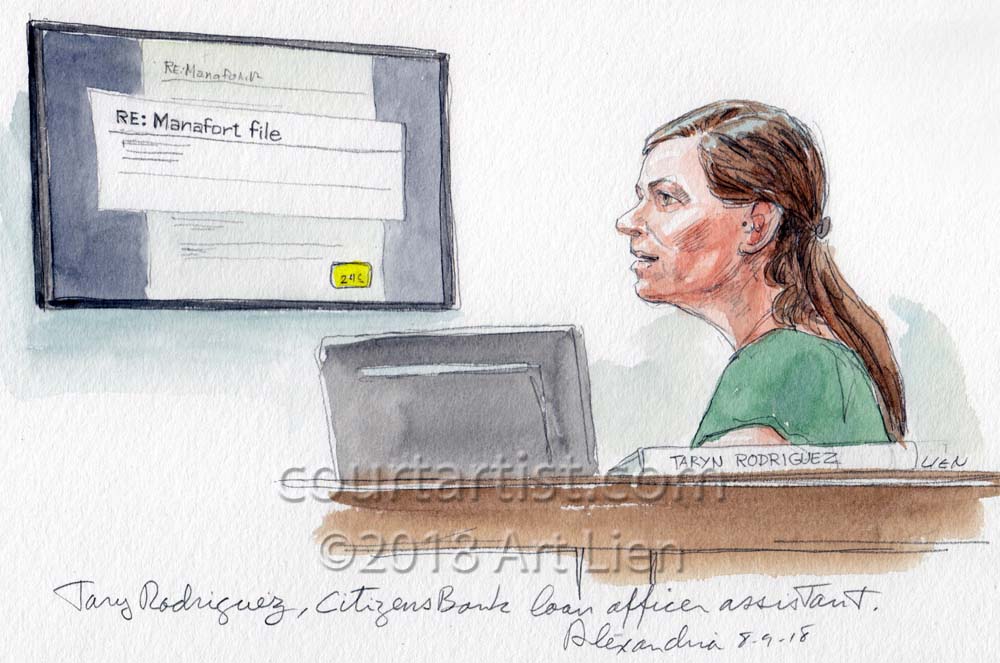 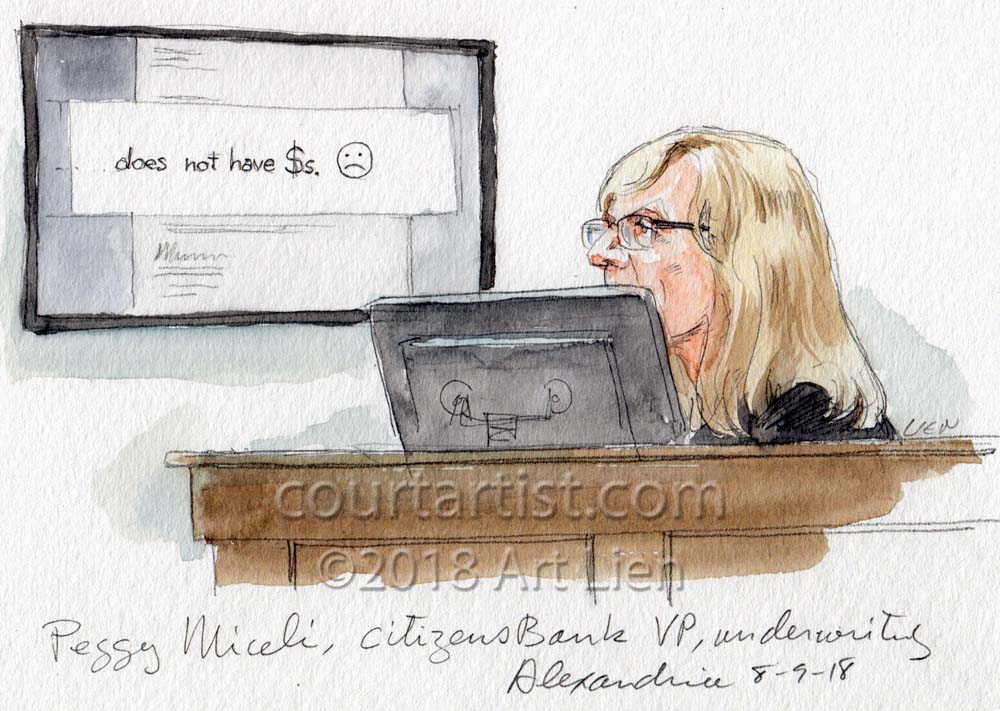 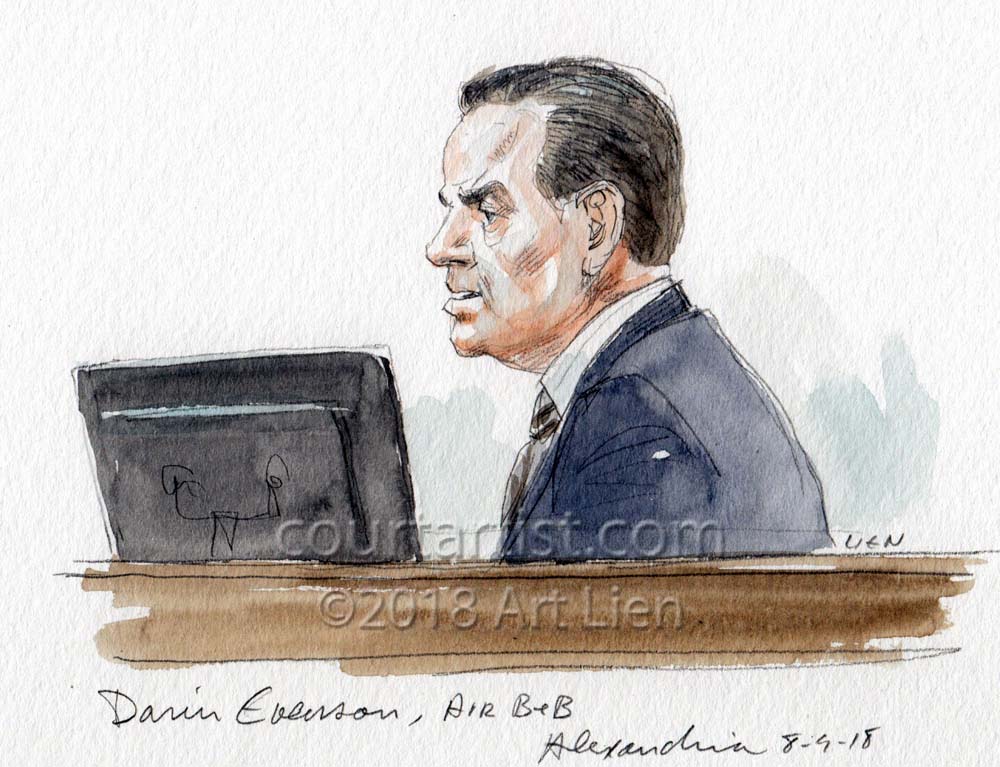 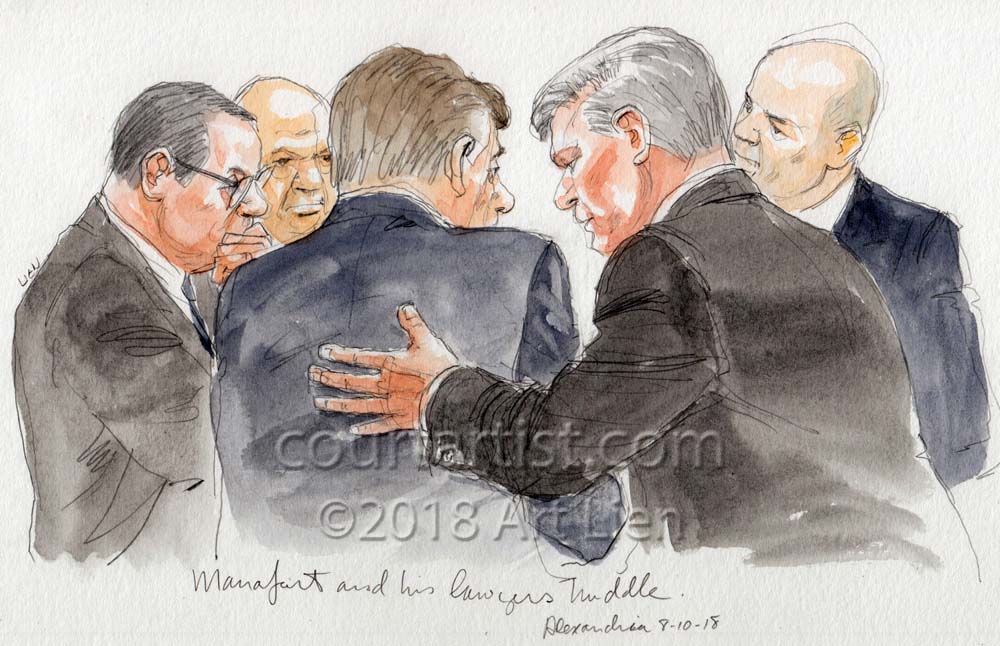 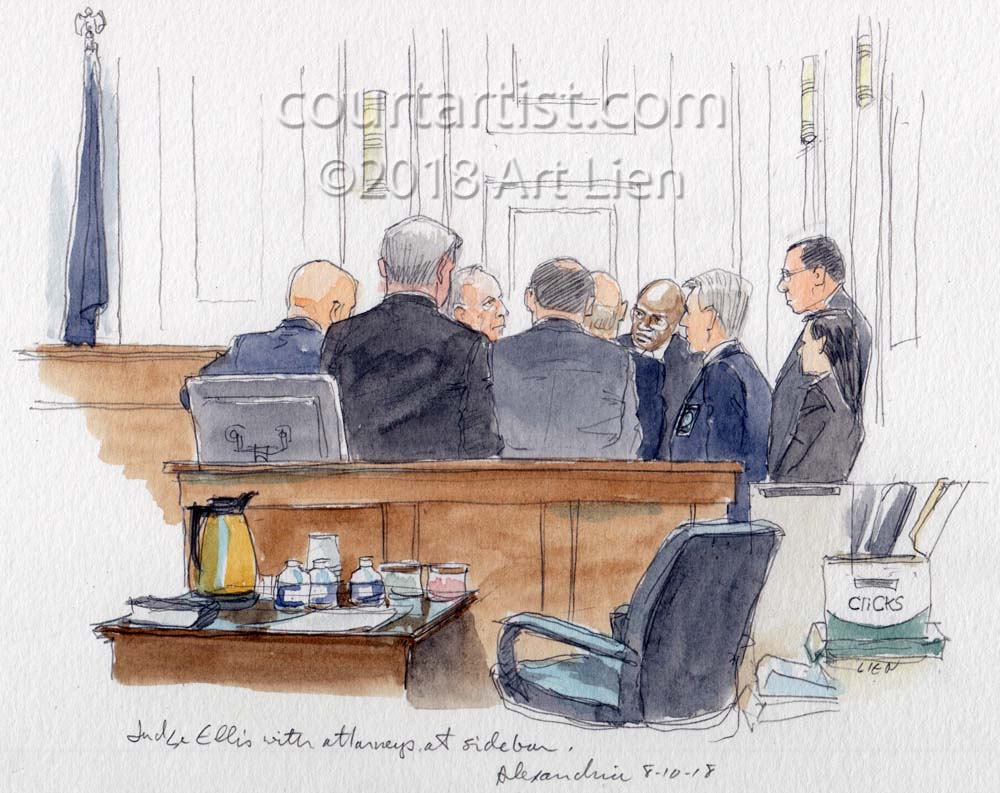 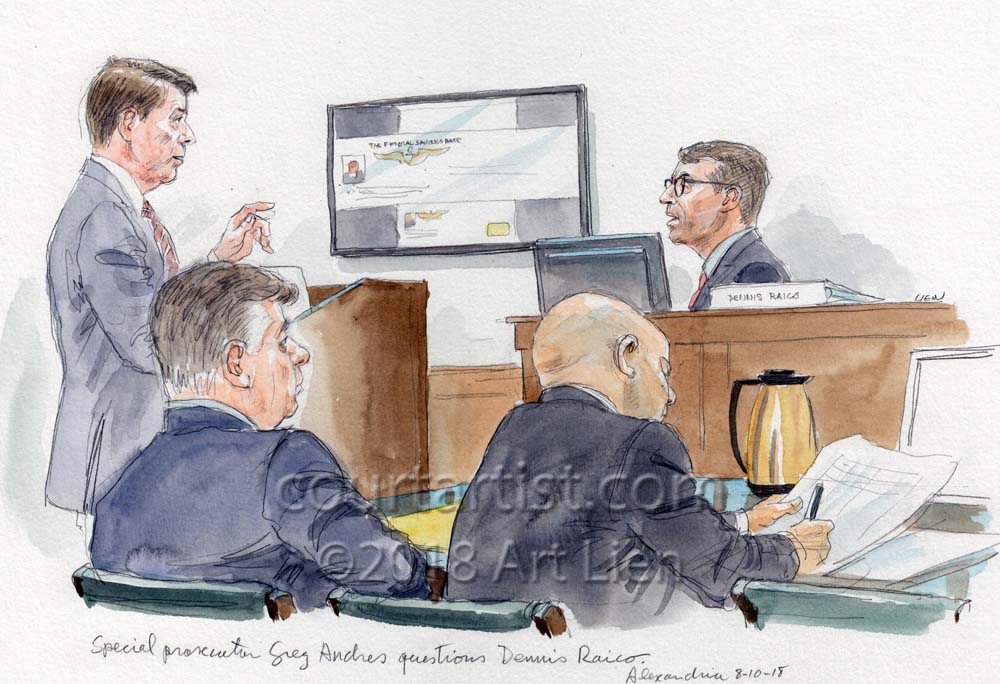 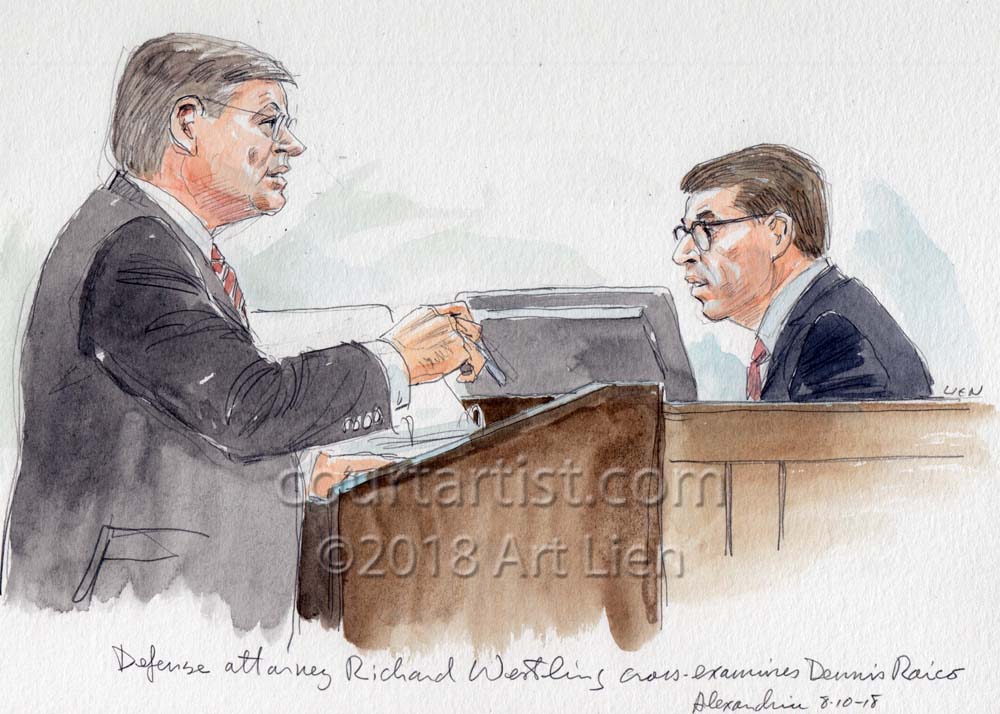 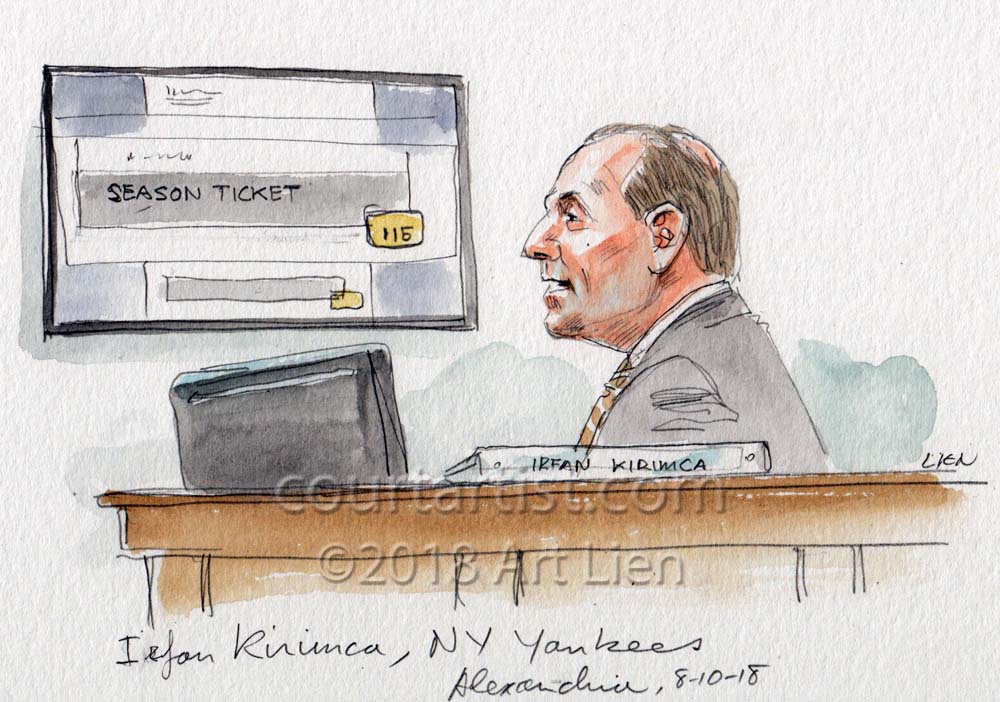 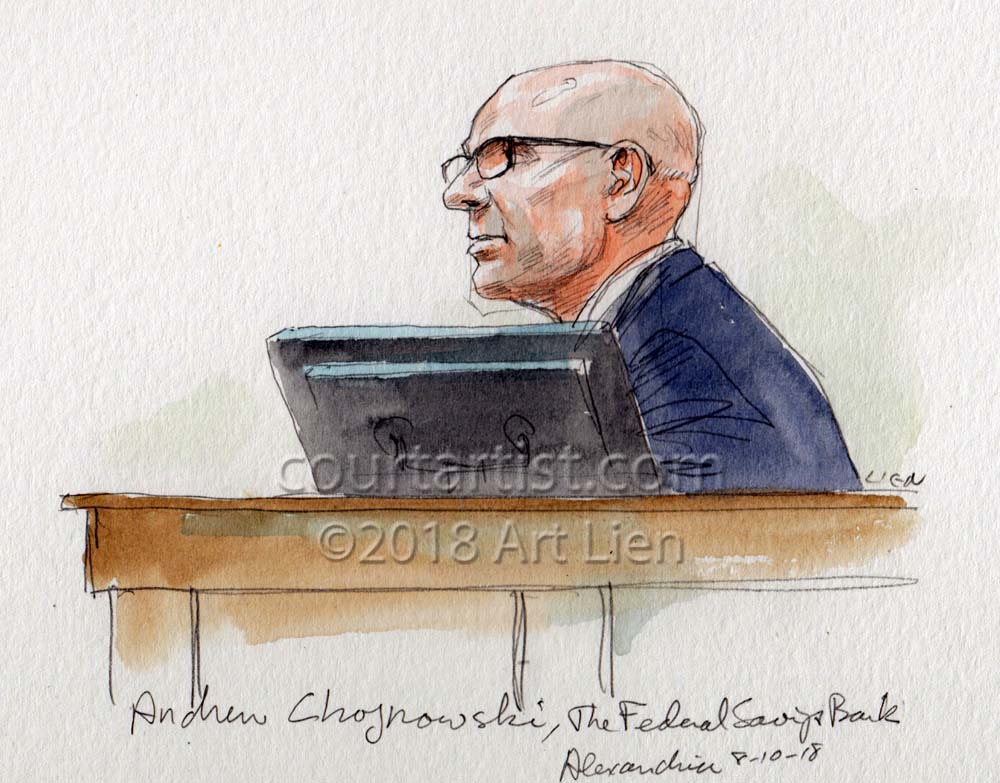 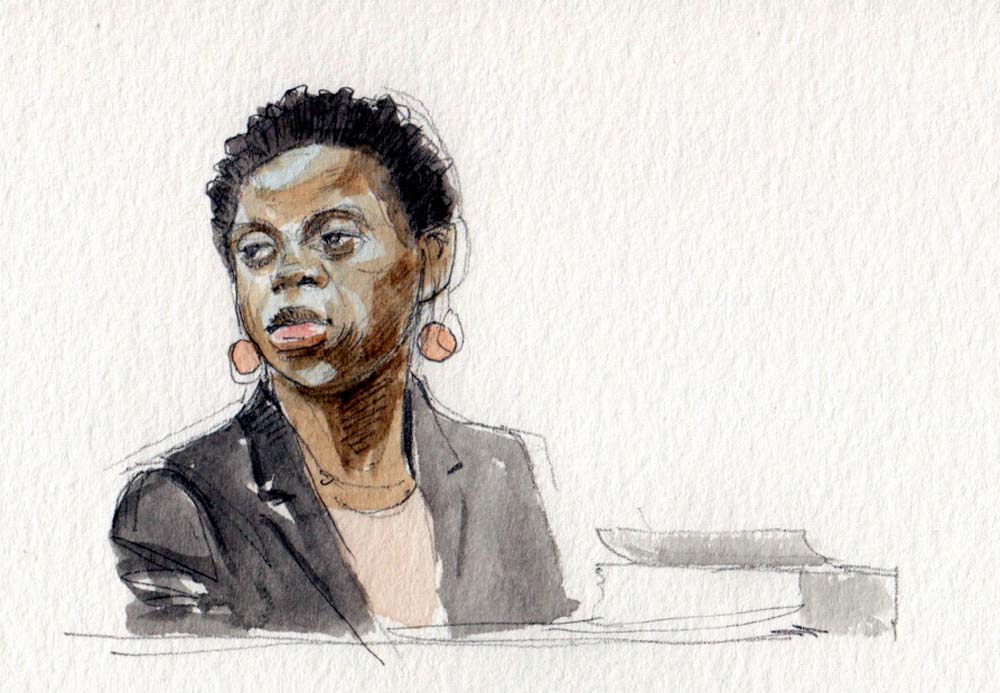 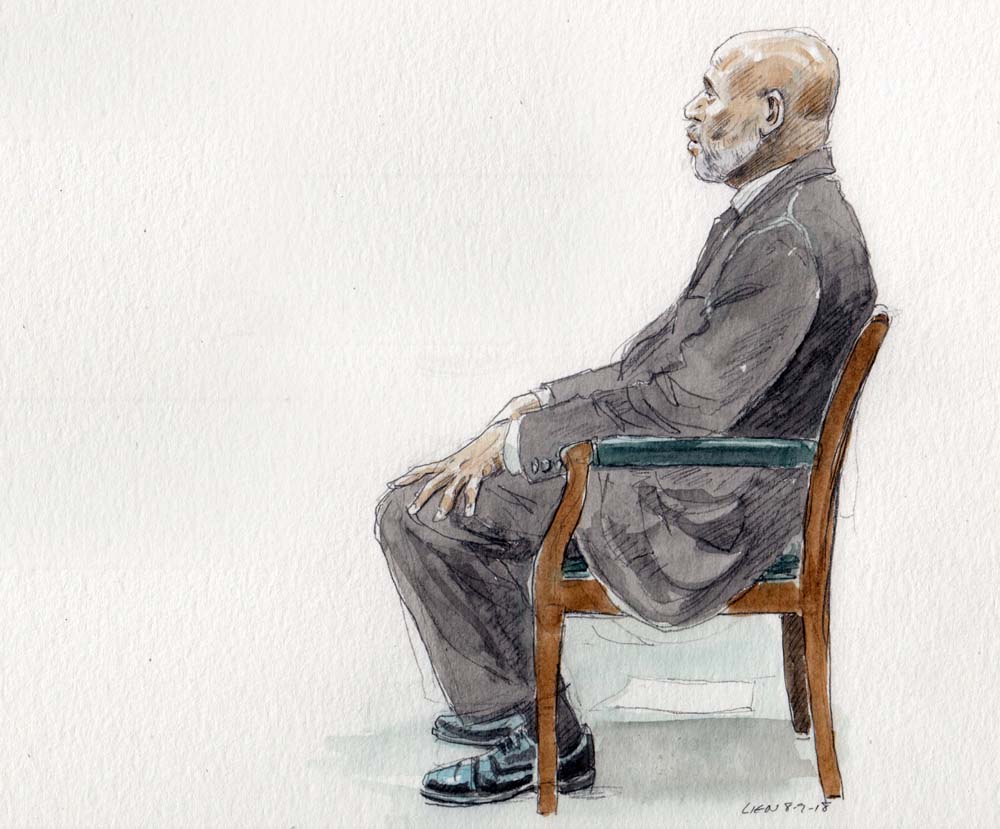