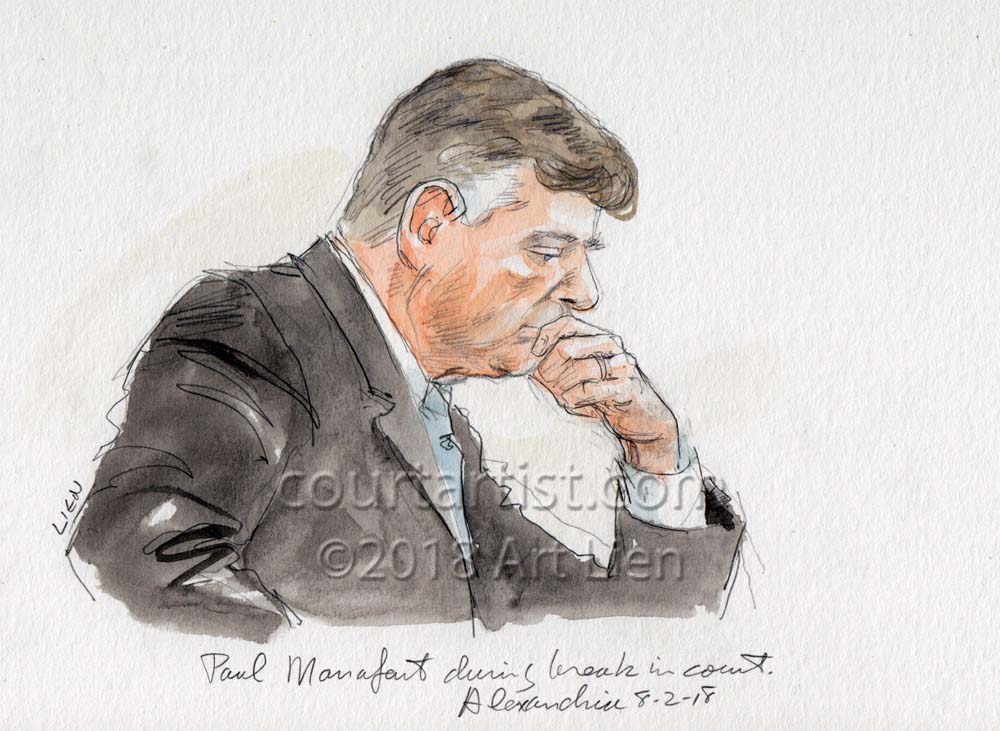 Former Trump campaign director Paul Manafort’s bank and tax fraud trial got off to a quick start this week in Alexandria’s “rocket docket” federal court. Judge T.S. Ellis, who yesterday quipped that he was a “Caesar in my own Rome” kept things moving along. Jury selection, which many expected to take a couple of days, was completed by early afternoon of the first day followed by opening statements and the first witness.

This first week’s sketches are posted below, more or less in chronological order. The trial’s star witness, Rick Gates, is expected to be called to testify early next week and the government has said it will rest by the end of the week. Keeping my fingers crossed that Gates won’t take the stand till Tuesday as I have jury duty – don’t you know – in Baltimore on Monday. 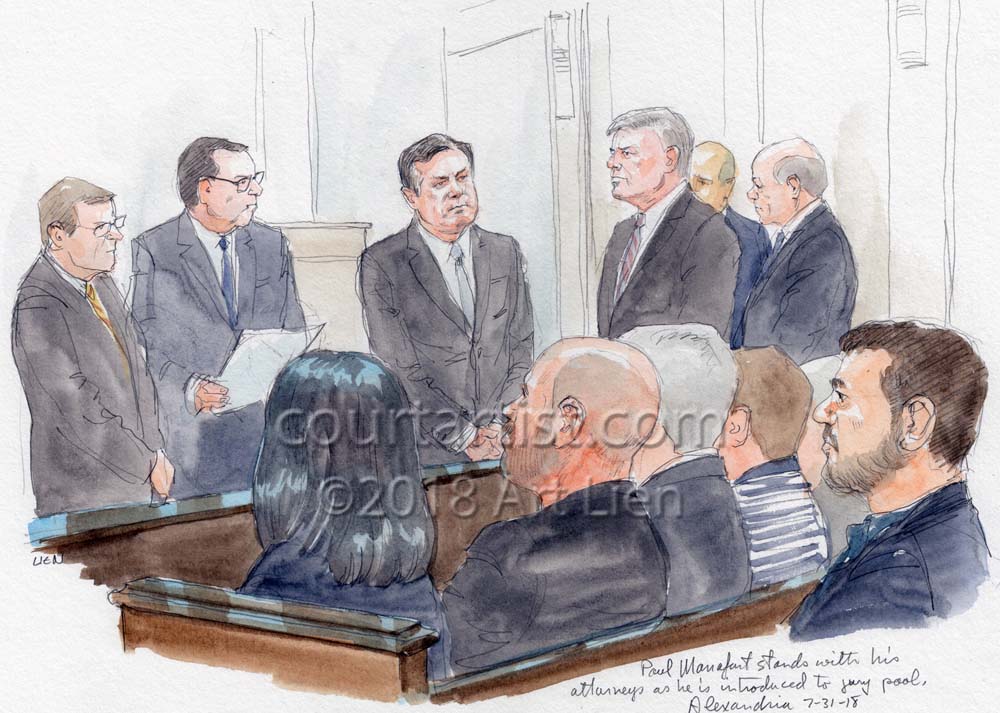 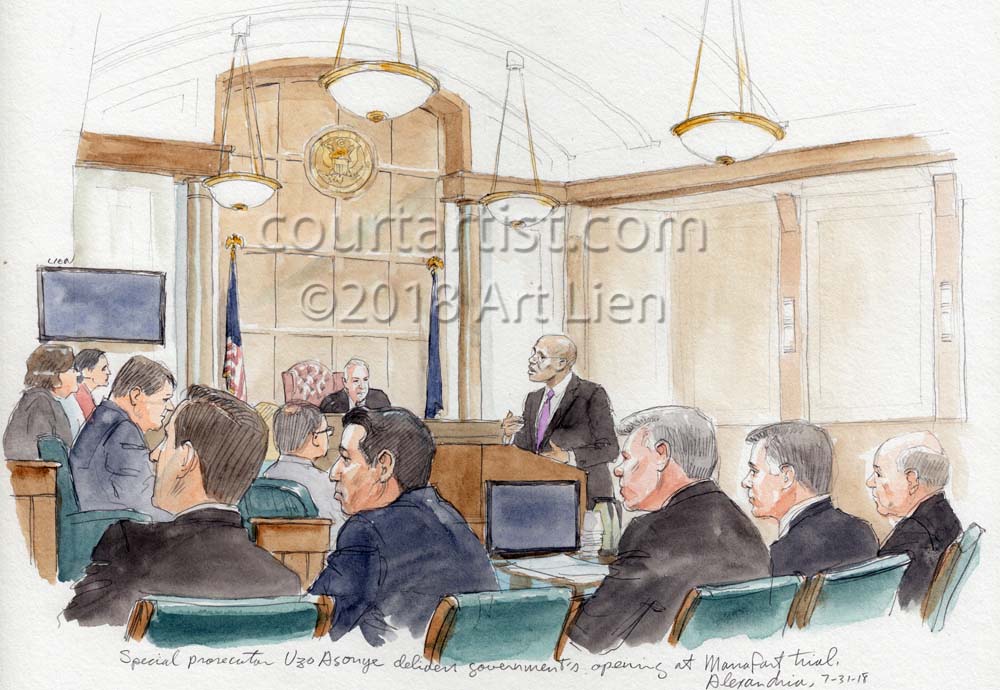 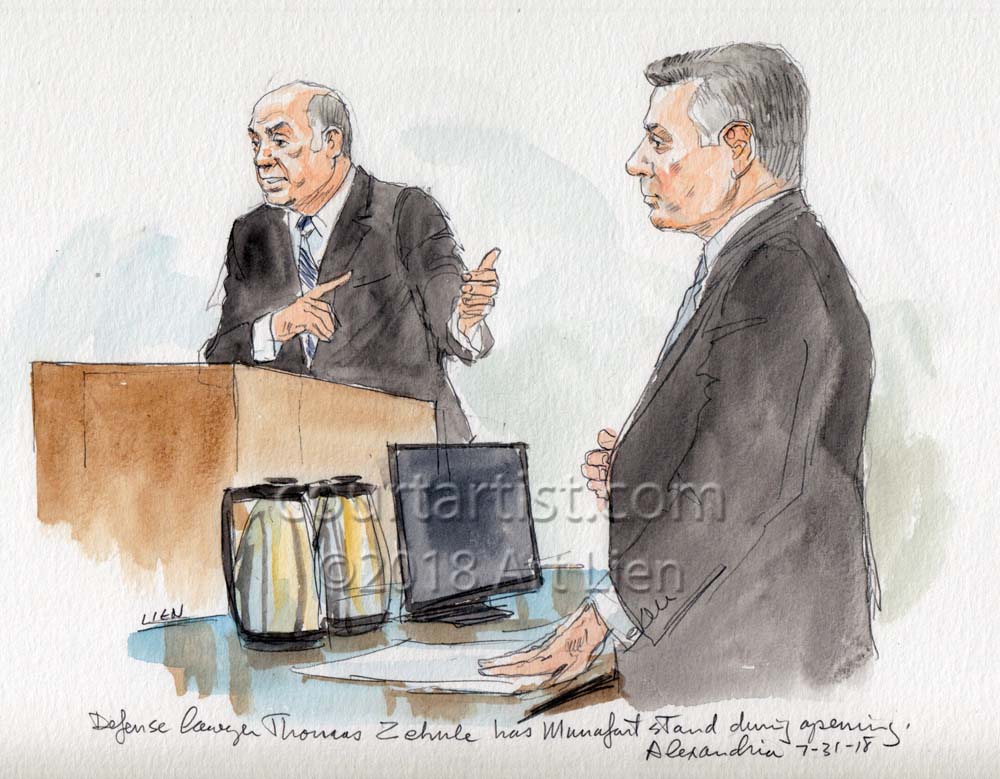 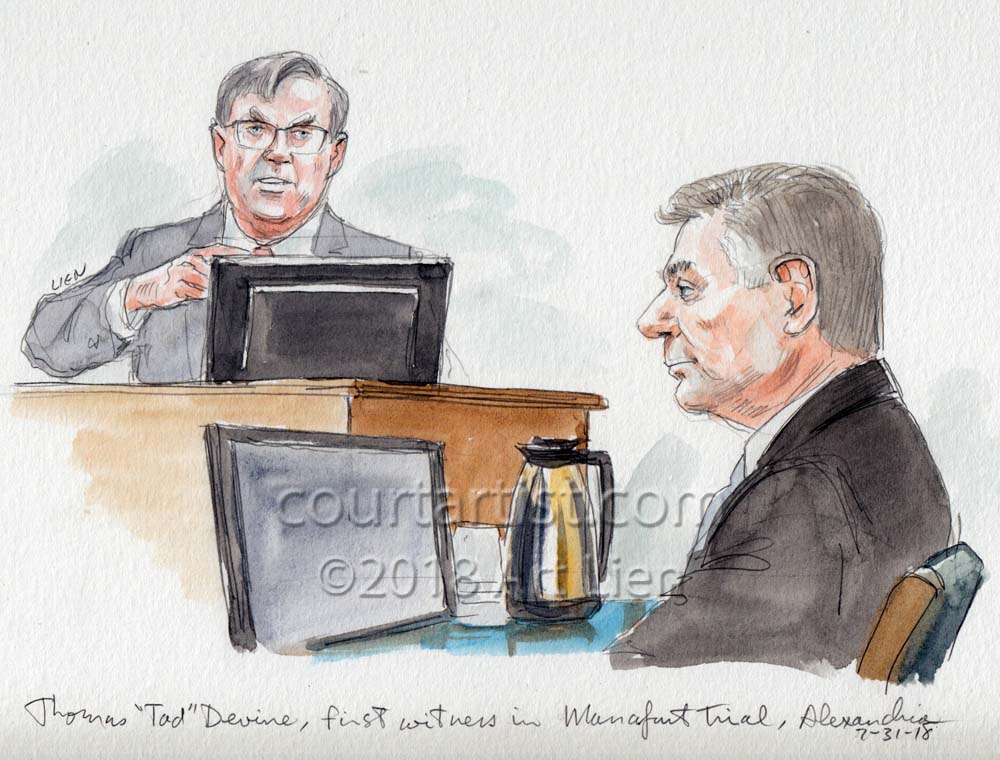 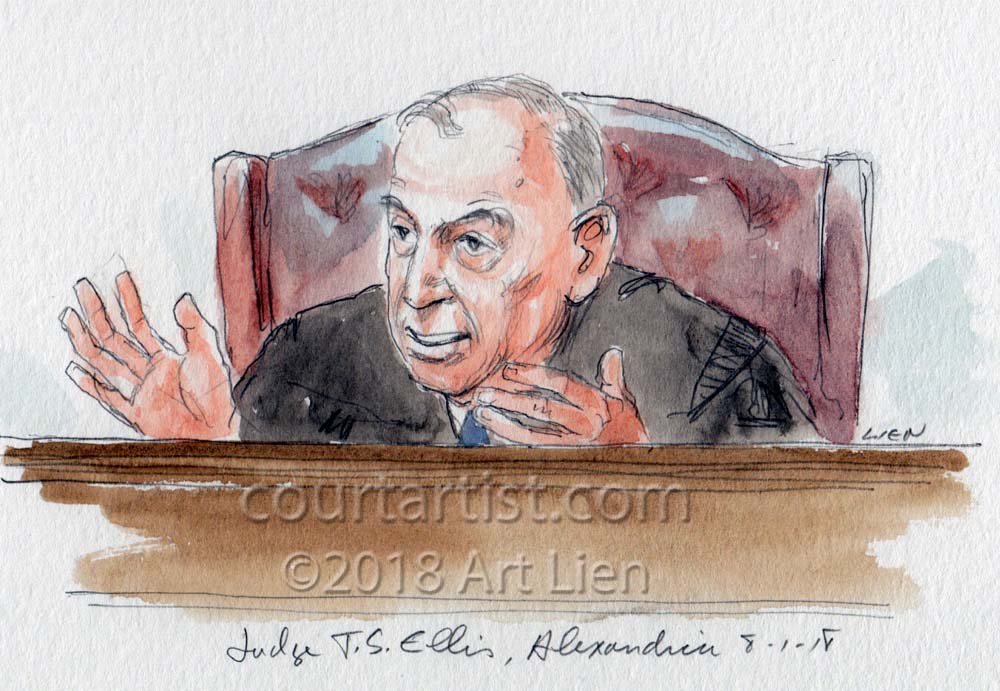 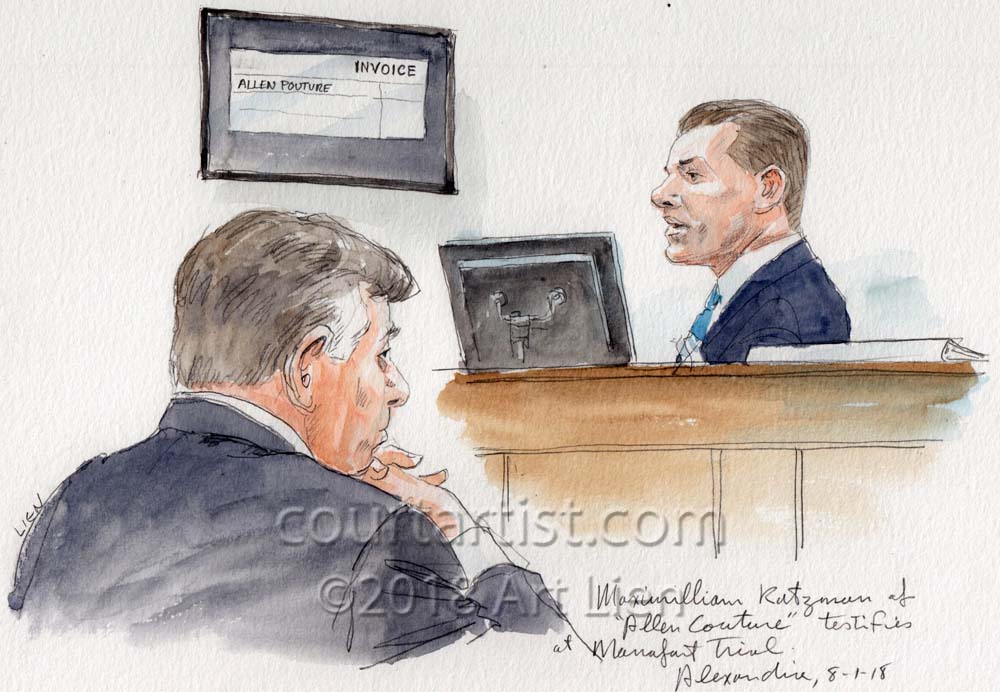 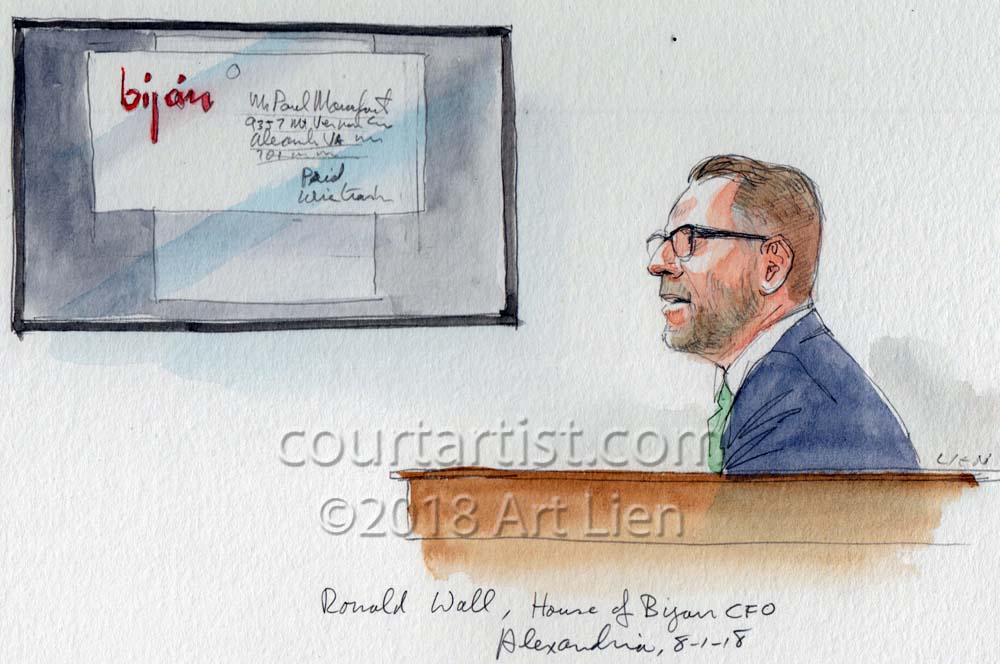 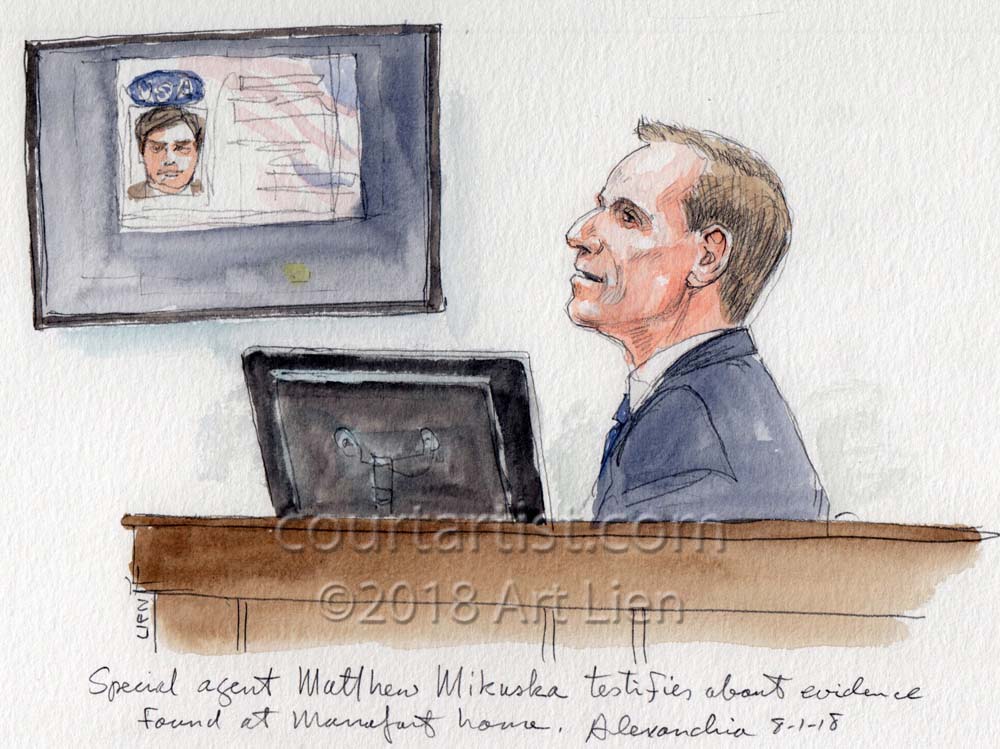 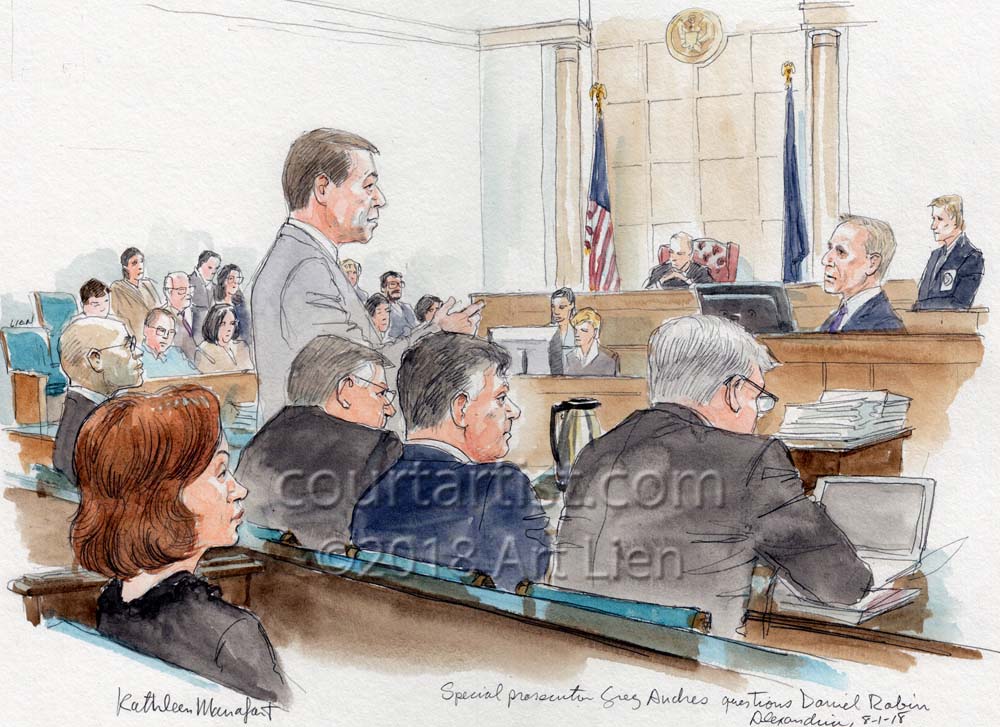 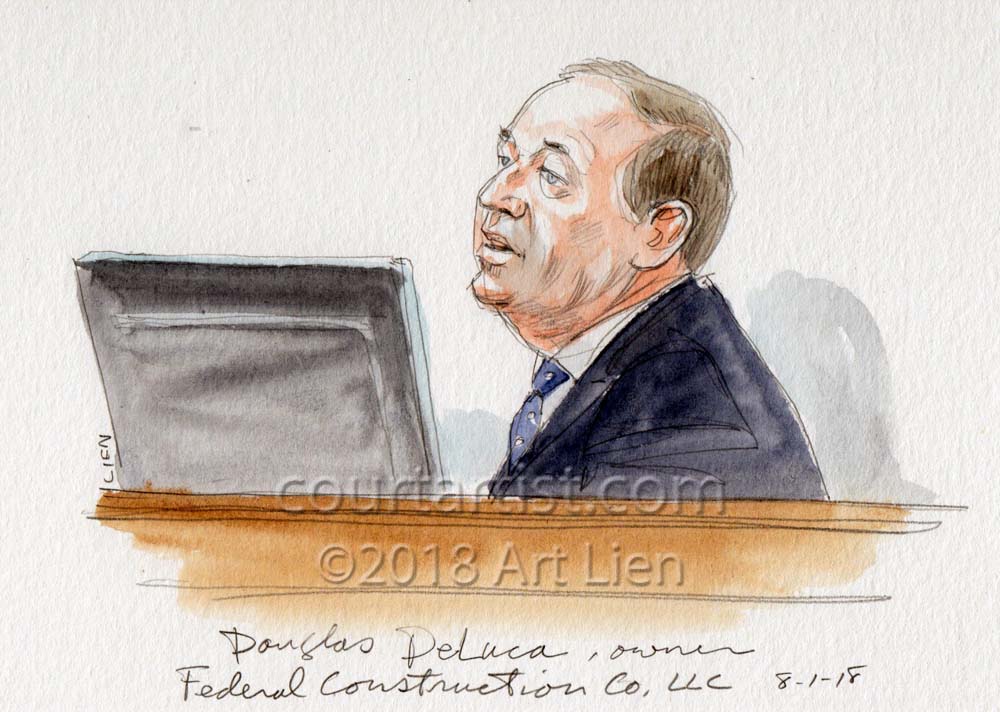 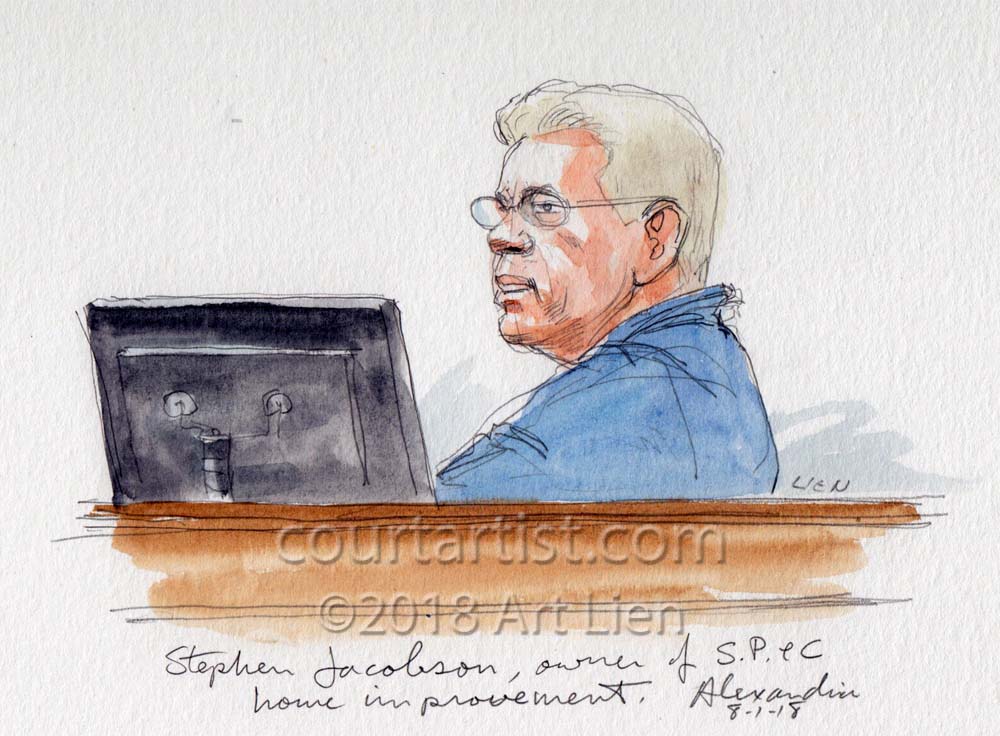 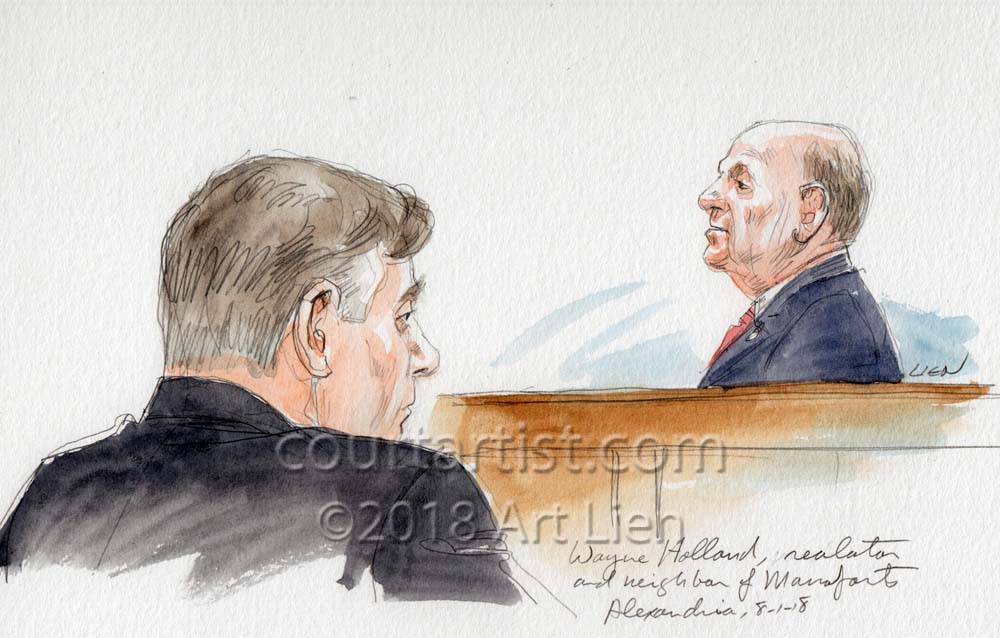 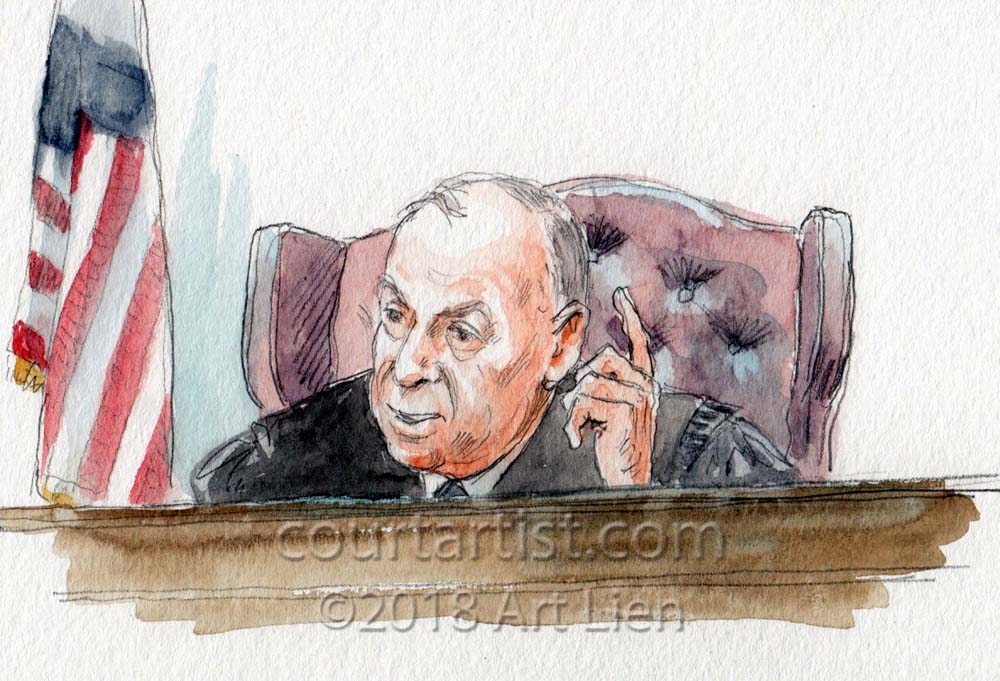 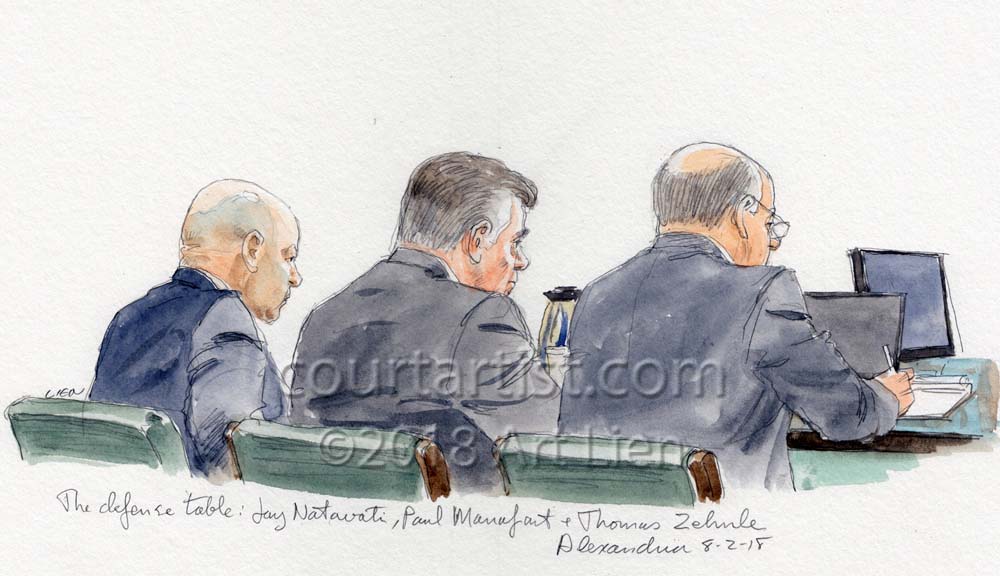 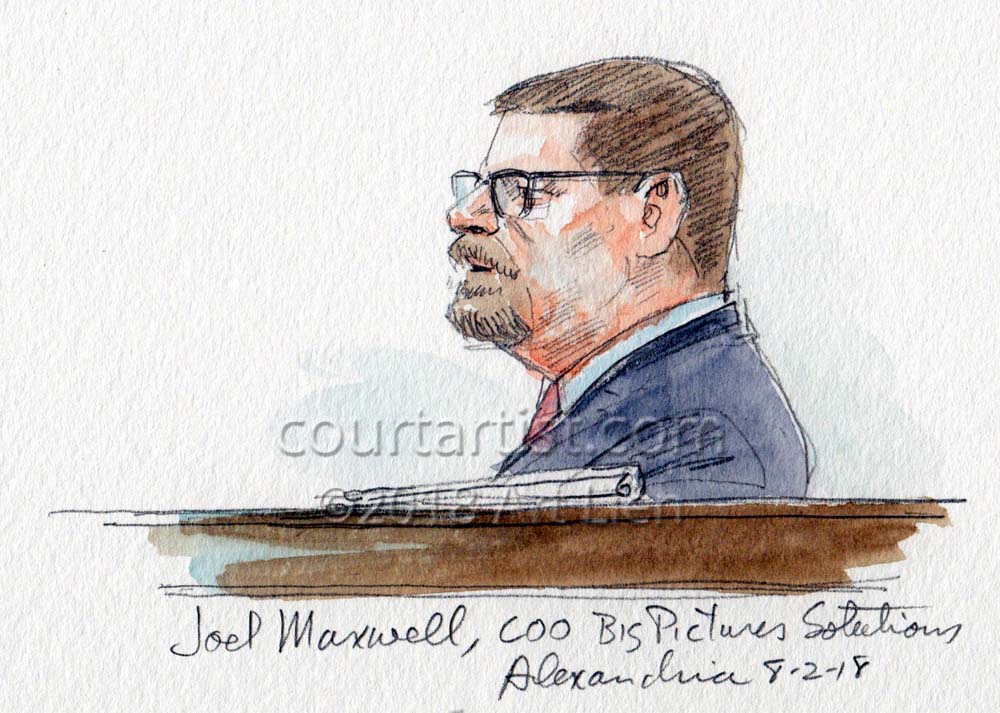 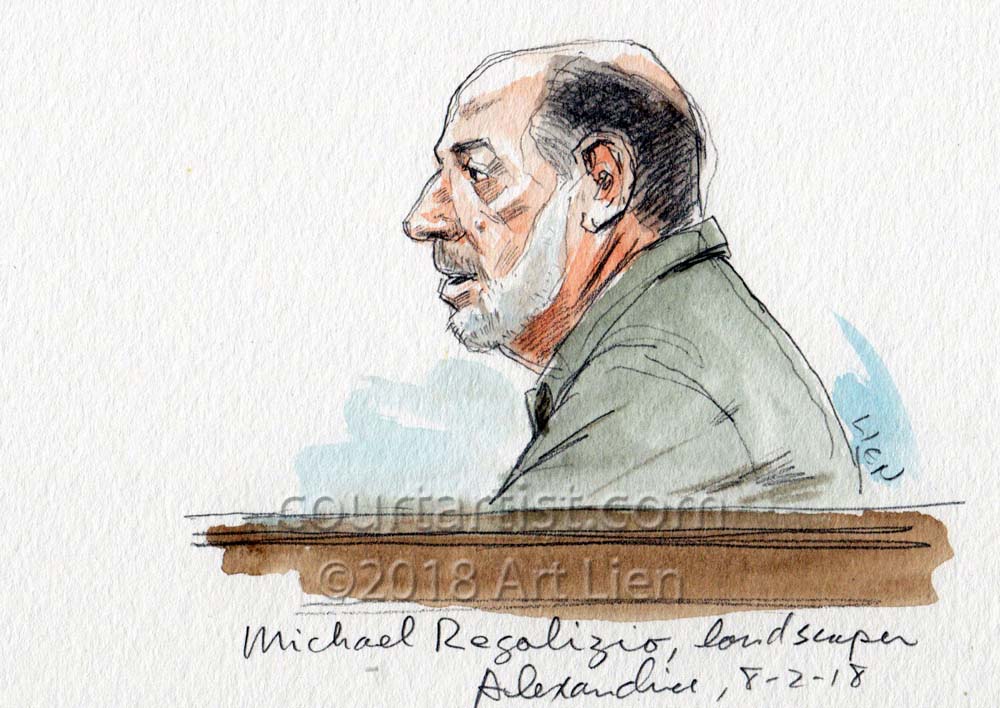 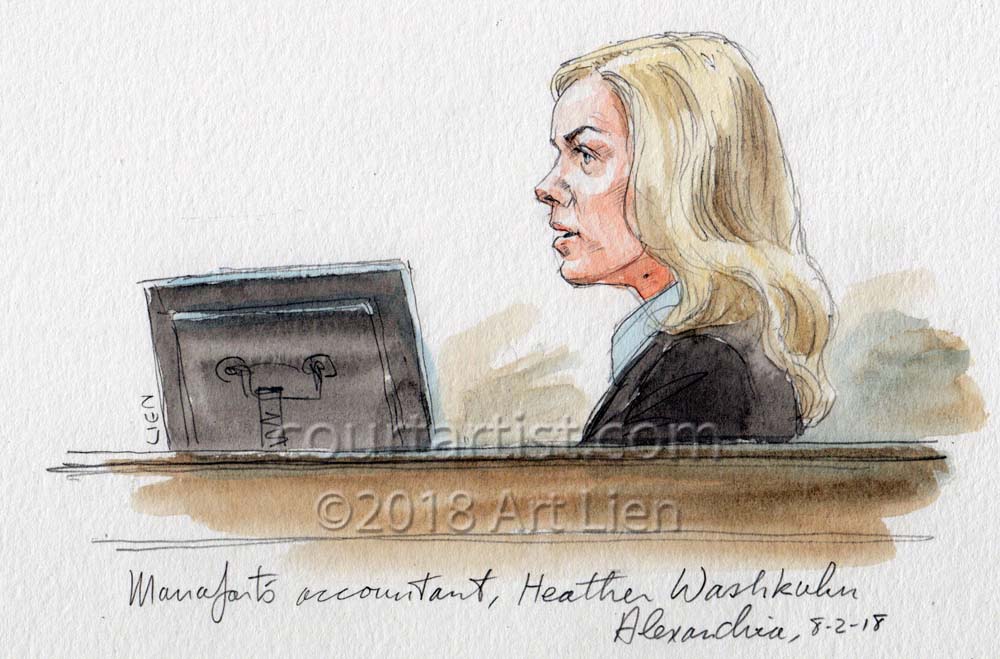 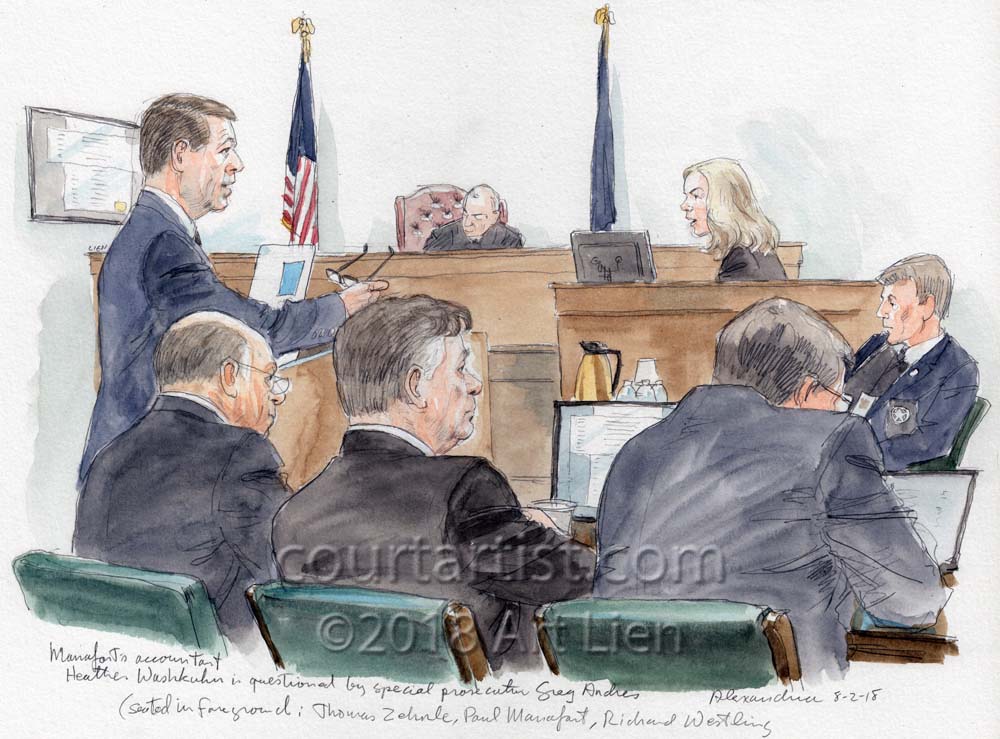 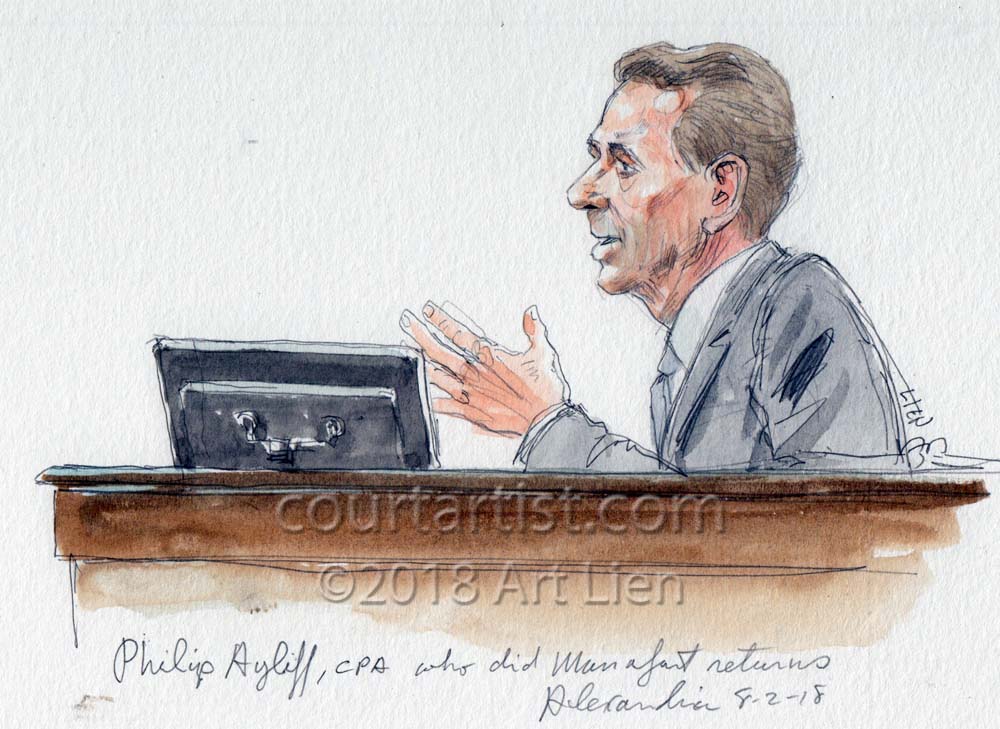 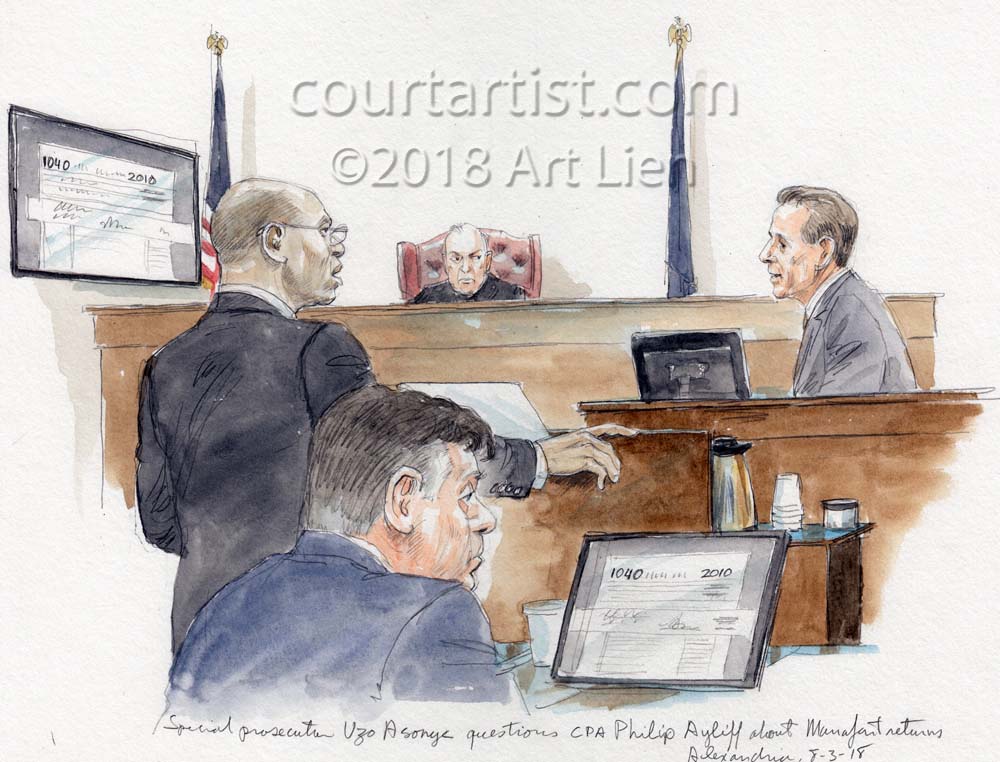 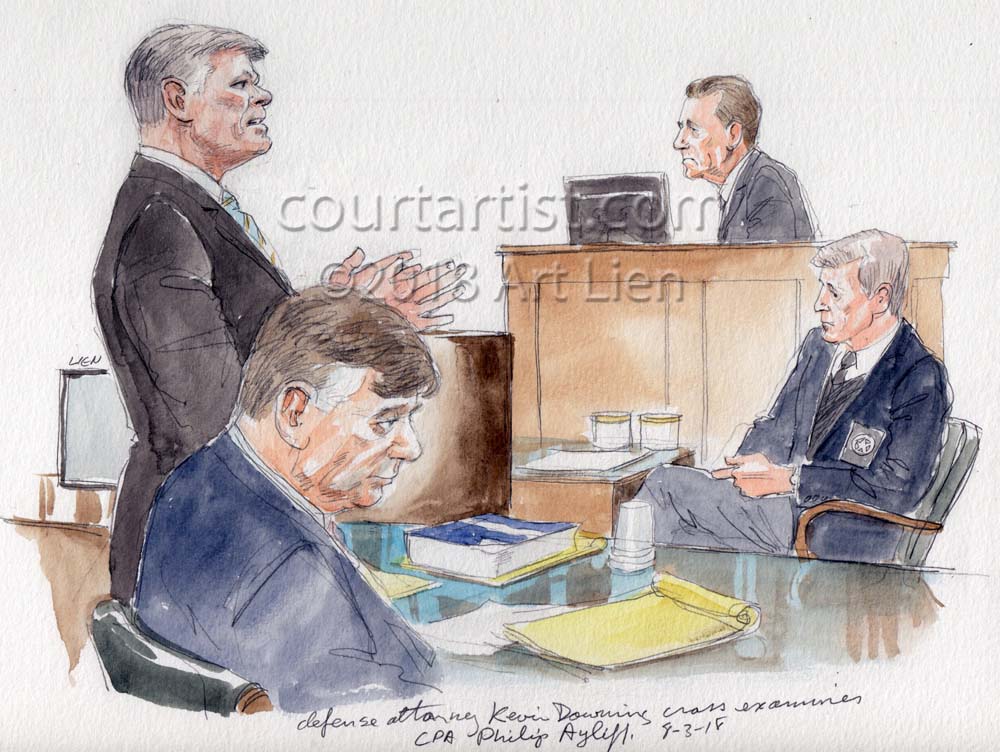 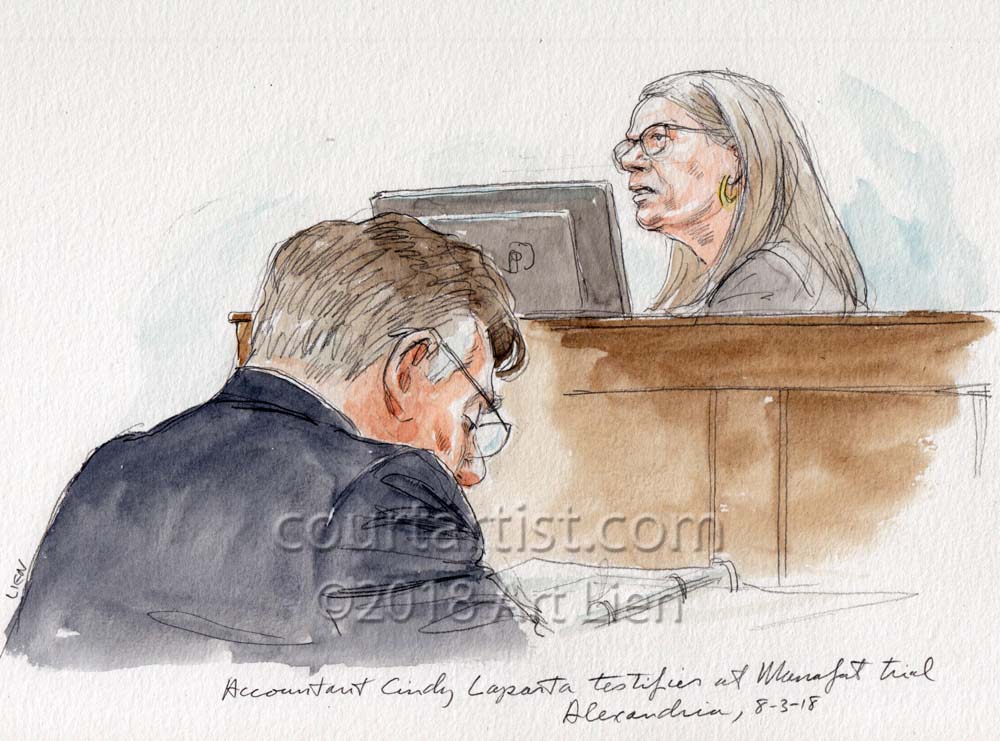