The Last Hours Of Timothy Piazza 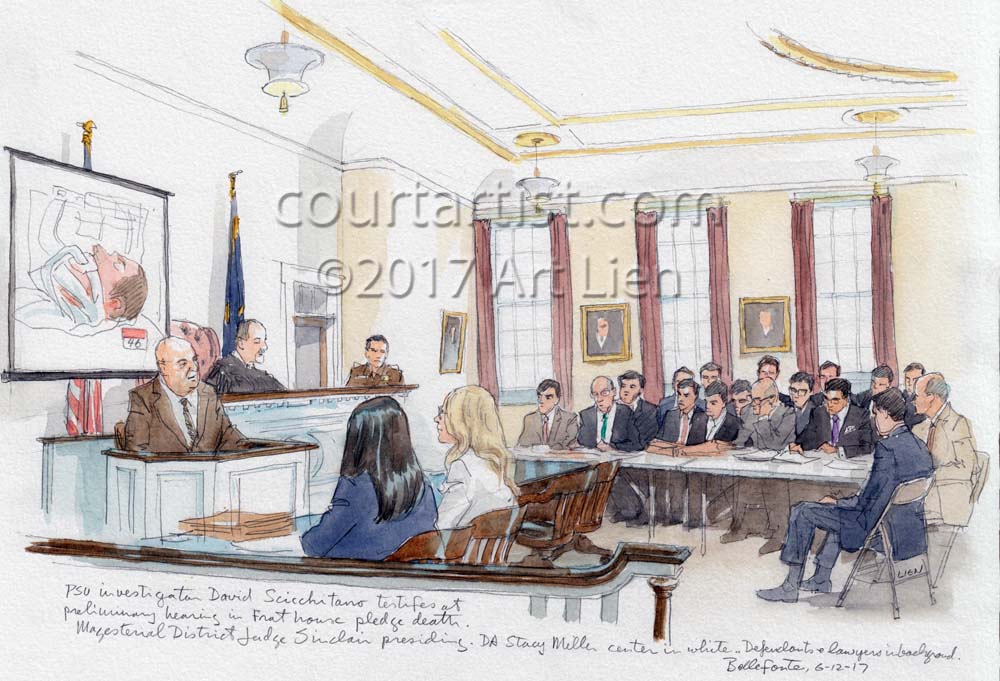 A preliminary hearing began yesterday for members of the Beta Theta Pi fraternity at Penn State charged in the death Timothy Piazza. Piazza was one of the pledges made to run a gantlet of drinking stations on the night of February 2. He suffered serious injuries while falling-down drunk, including a skull fracture and ruptured spleen. 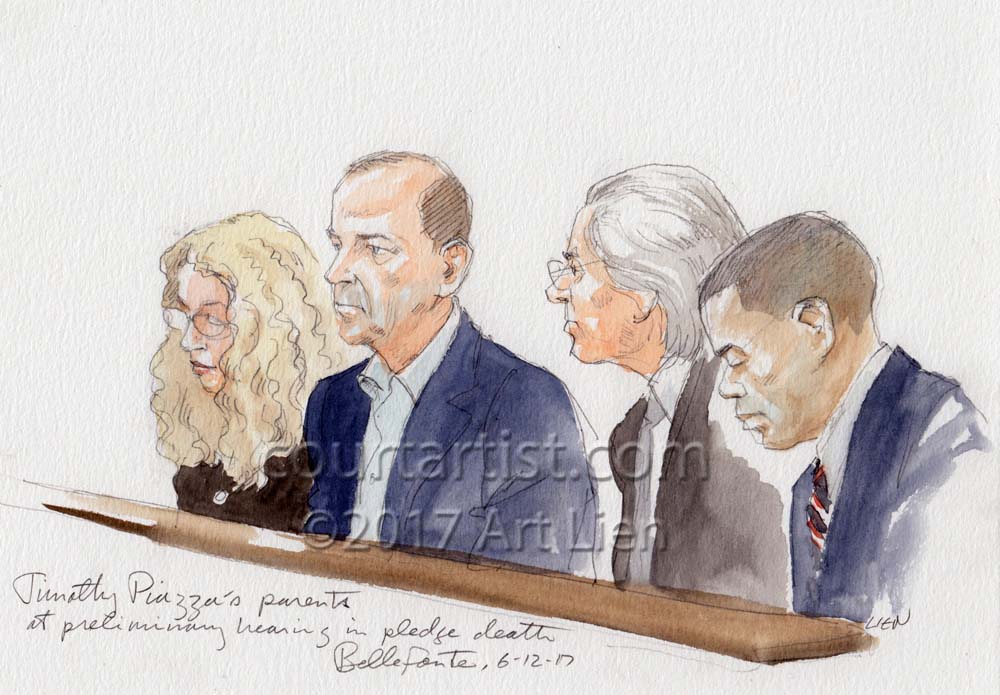 Piazza’s parents were in the Bellefonte courtroom as the hearing got underway. Timothy’s father visibly struggled with grief, his fingers shaking, when a photo of his unconscious son, intubated in the ICU was exhibited on a screen. 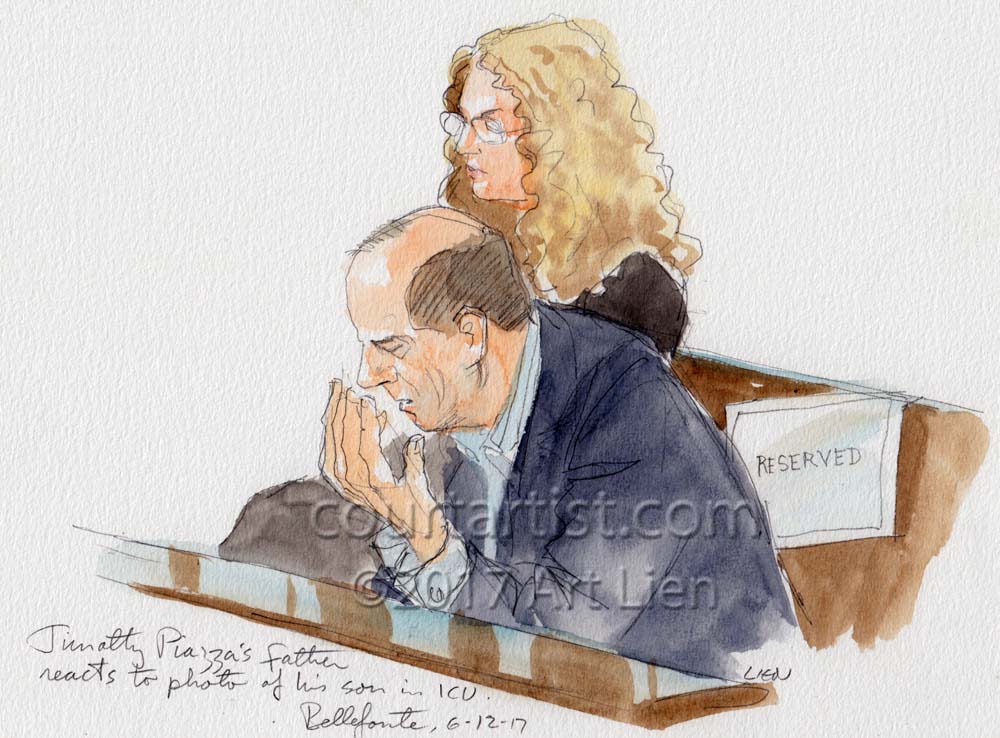 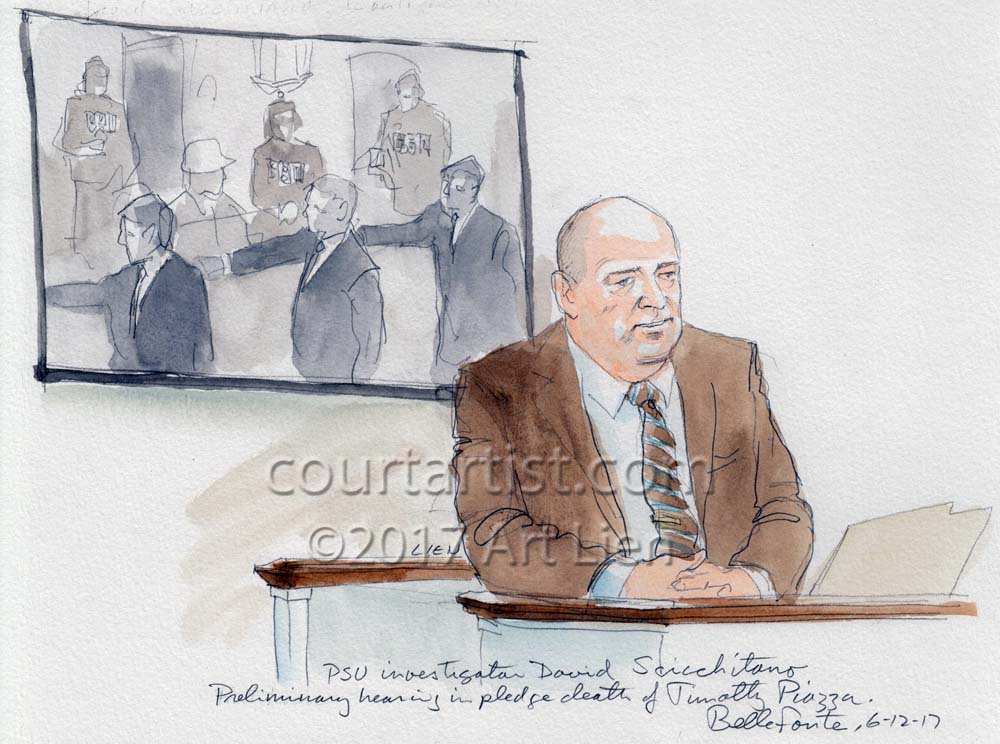 Difficult to watch closed-circuit video of Timothy Piazza’s dying hours showed him alone through the night, still inebriated and in pain, stumbling and thrashing about on the frat house ground floor.

By morning, as the house wakes up, Piazza is found in the basement and brought upstairs. His skin is gray, his legs and arms rigid . . . he appears dead. Yet no one calls 911. The frat brothers move him to a couch, put a blanket on him, try to put a t-shirt on him, and start cleaning up the house. Some just stand around, cell phones in hand.

District attorney Stacy Parks Miller repeatedly asks the witness, Detective Scicchitano, “Has anyone called 911 yet?” For the longest time the answer is “No”. 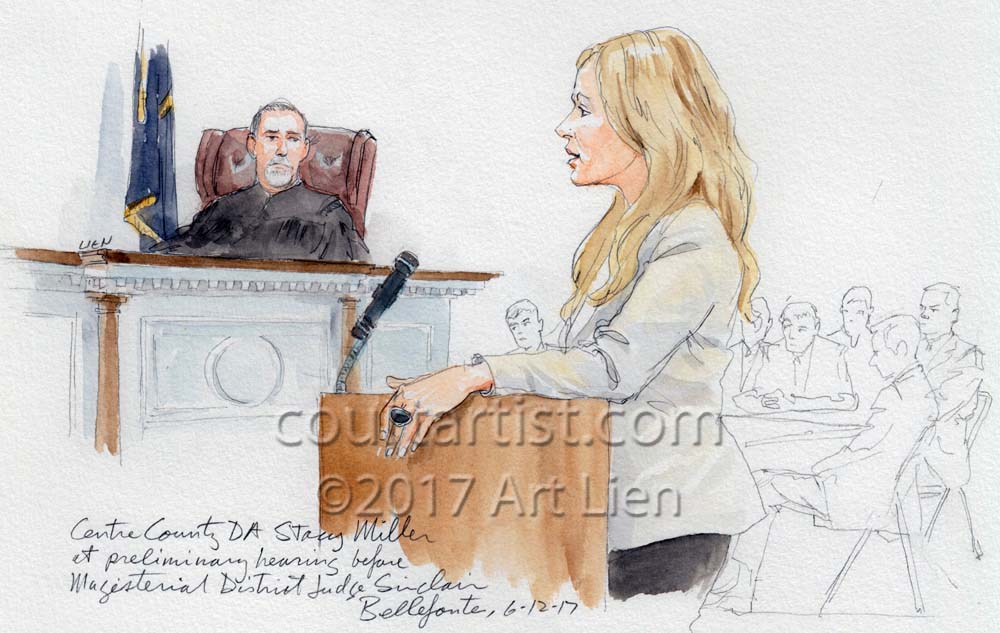