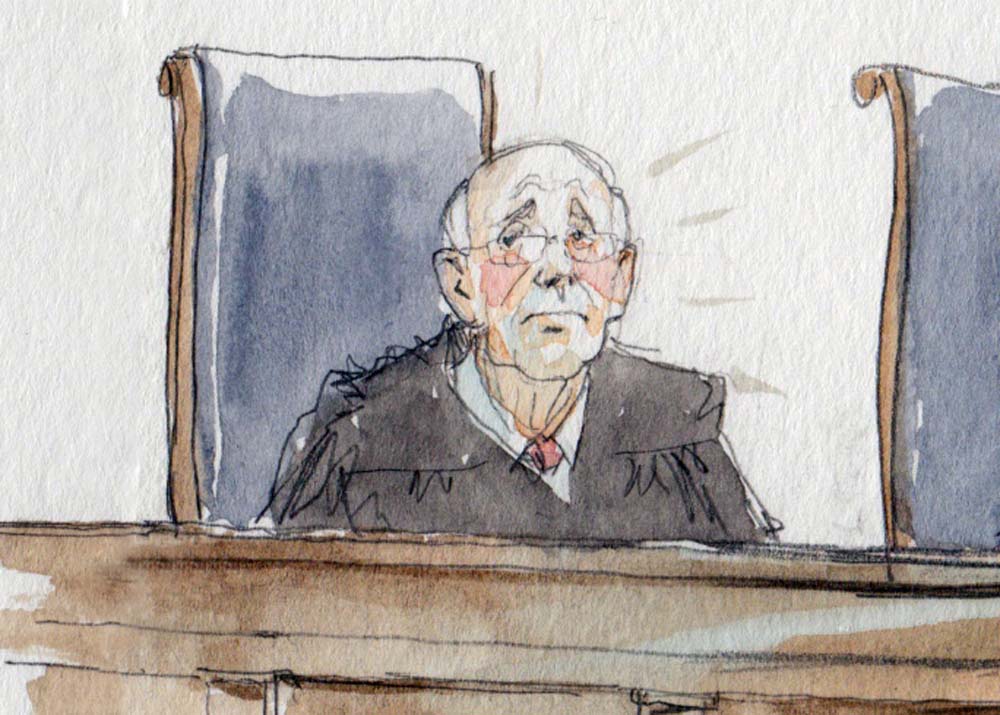 A pair of civil jurisdiction cases on the next to last argument day of the Supreme Court’s term promised little in the way of news, but for a ringtone that sounded early into the first argument. Cell phones are not permitted in the courtroom, except maybe for the Justices. And sure enough, it was Justice Breyer’s phone that rang.

So that was the news of the day. Here are my sketches from the arguments, Bristol-Myers Squibb v. Superior Court of California and BNSF Railway v. Tyrrell, as well as the opinion in Lewis v. Clarke announced by Justice Sotomayor. 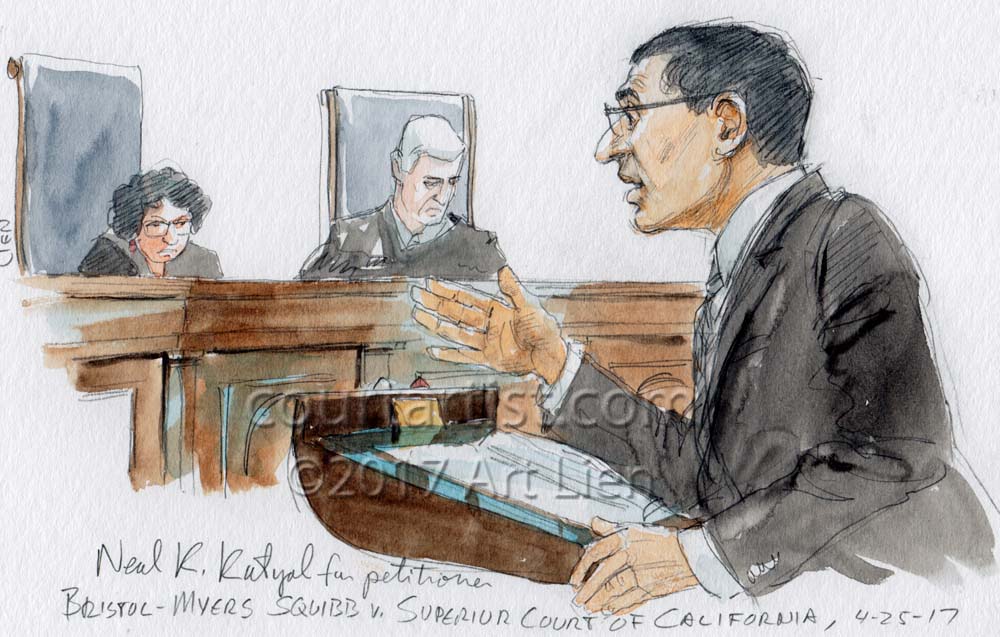 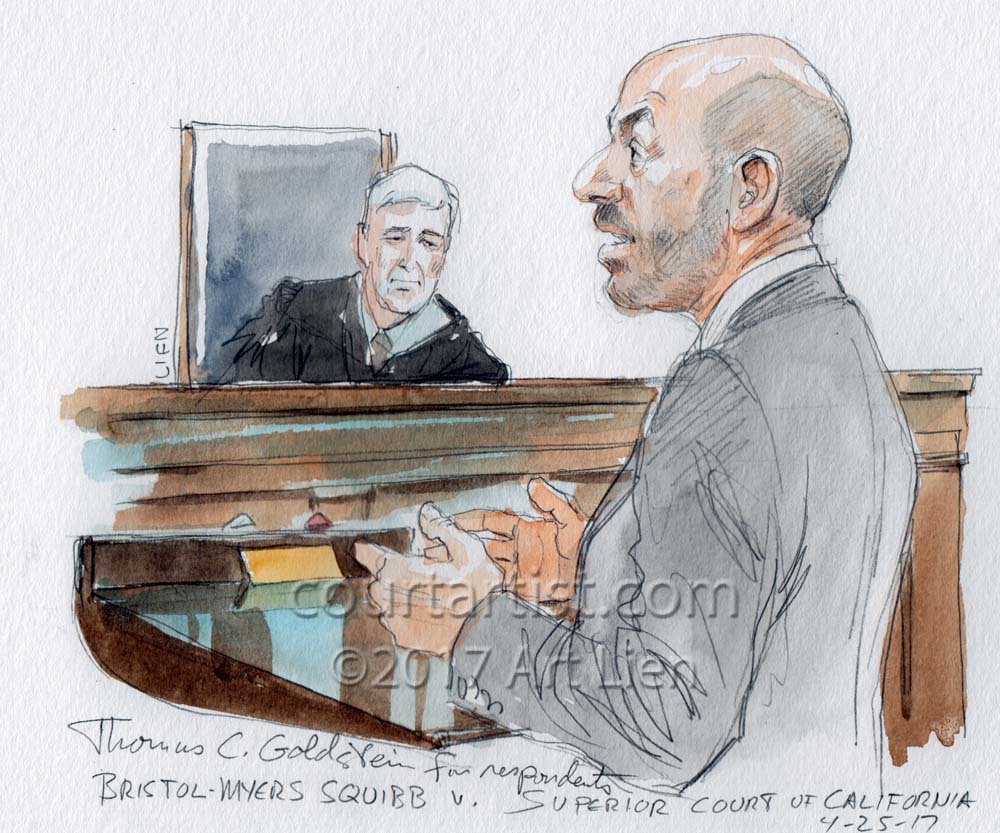 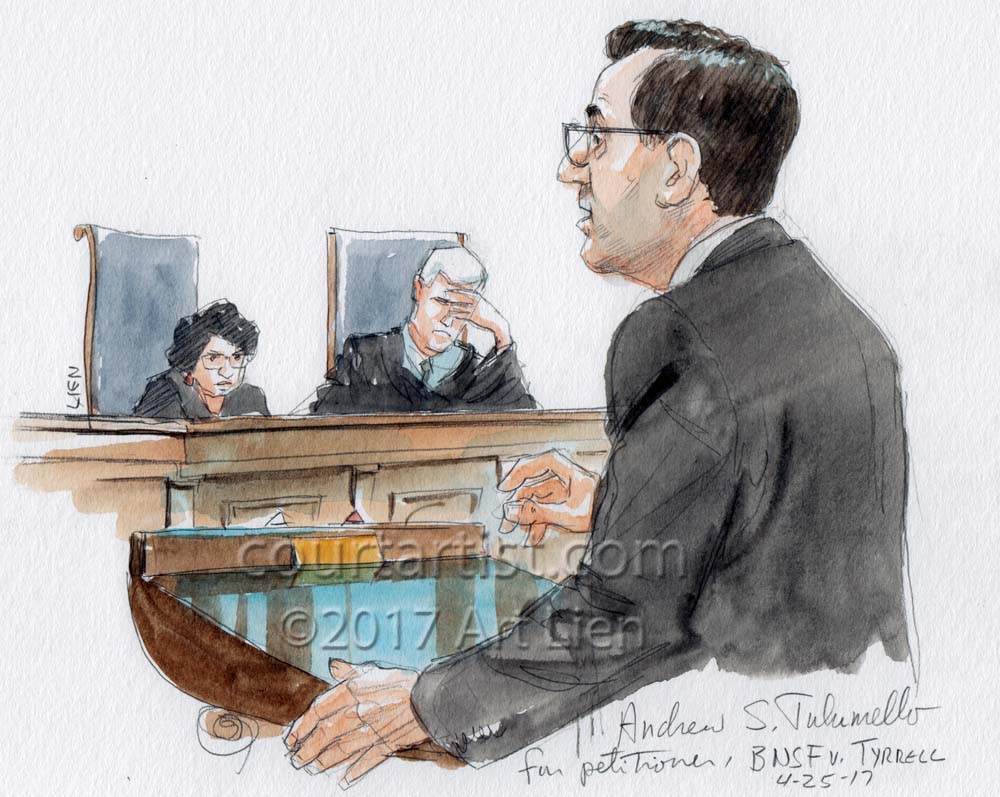 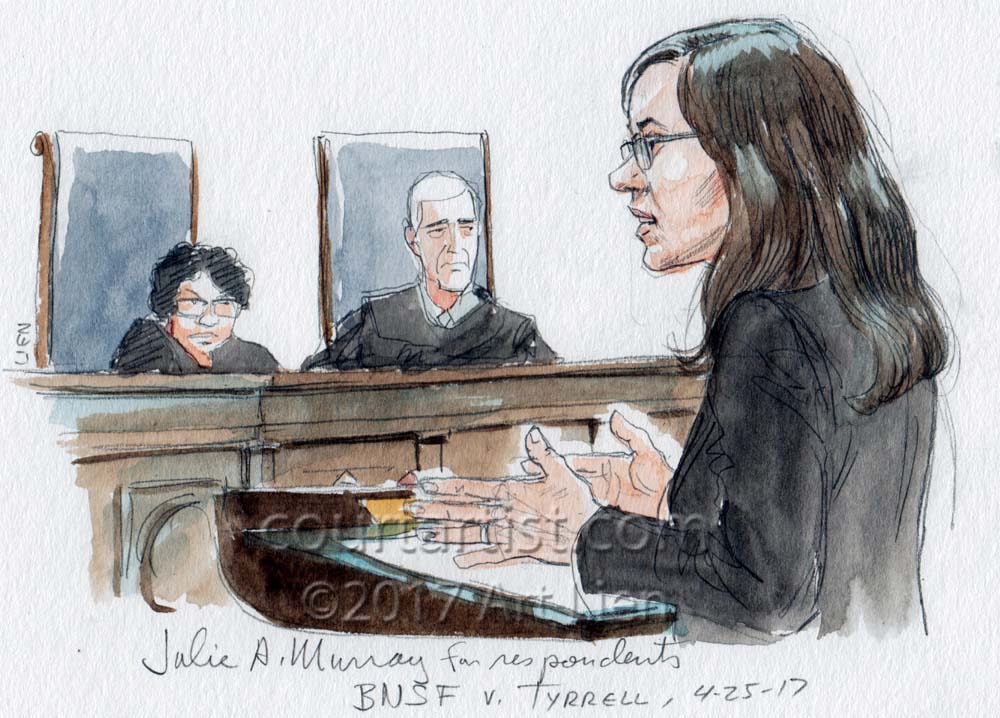 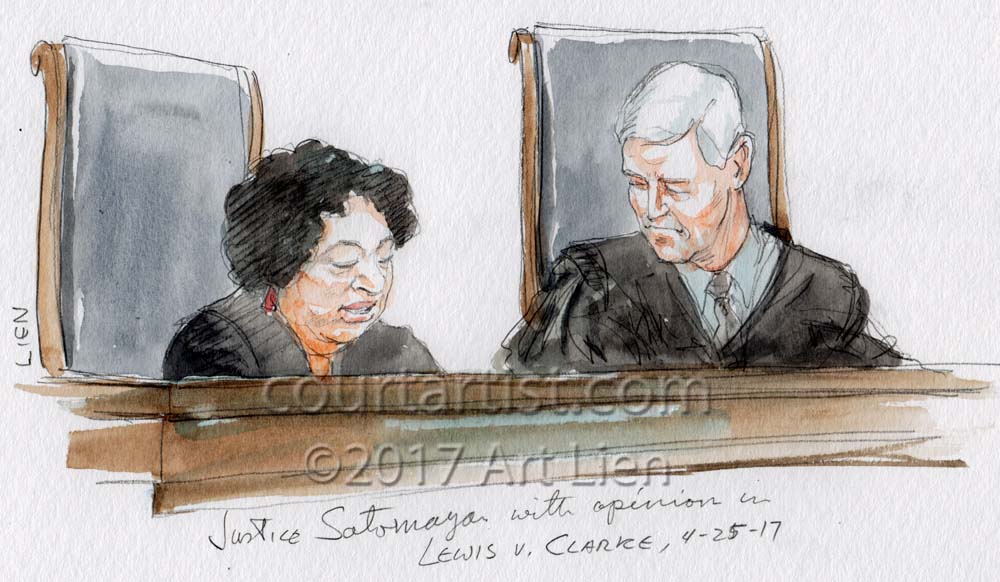