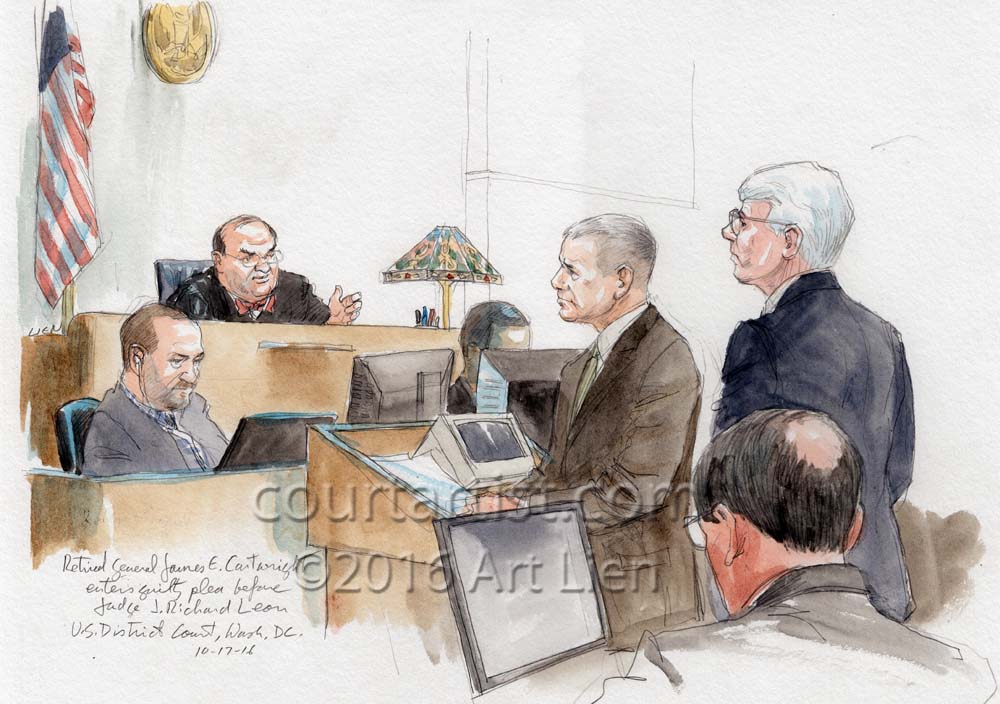 Retired USMC General James E. Cartwright, once known as “Obama’s favorite general”, appeared on short notice in a DC courtroom Monday to plead guilty to lying to the FBI. “It was wrong for me to mislead the F.B.I. on Nov. 2, 2012, and I accept full responsibility for this,” General Cartwright told U.S. District  judge J. Richard Leon. “I knew I was not the source of the story and I didn’t want to be blamed for the leak. My only goal in talking to the reporters was to protect American interests and lives; I love my country and continue to this day to do everything I can to defend it.”

An investigation into leaks about a joint US – Israeli “Operation Olympic Games” effort to sabotage Iran’s nuclear program through cyberattacks led the FBI to question General Cartwright. A book by New York Times reporter David Sanger, ‘Confront and Conceal’, brought public attention to the covert program and led to congressional investigation.