Umbrellas on the Supreme Court plaza yesterday morning, while inside I sketched two arguments.

The first argument, Tyson Foods v Bouaphakeo, concerned Iowa slaughterhouse workers and whether they could meet the test for a class-action lawsuit.  Lyle Denniston reports on it here. 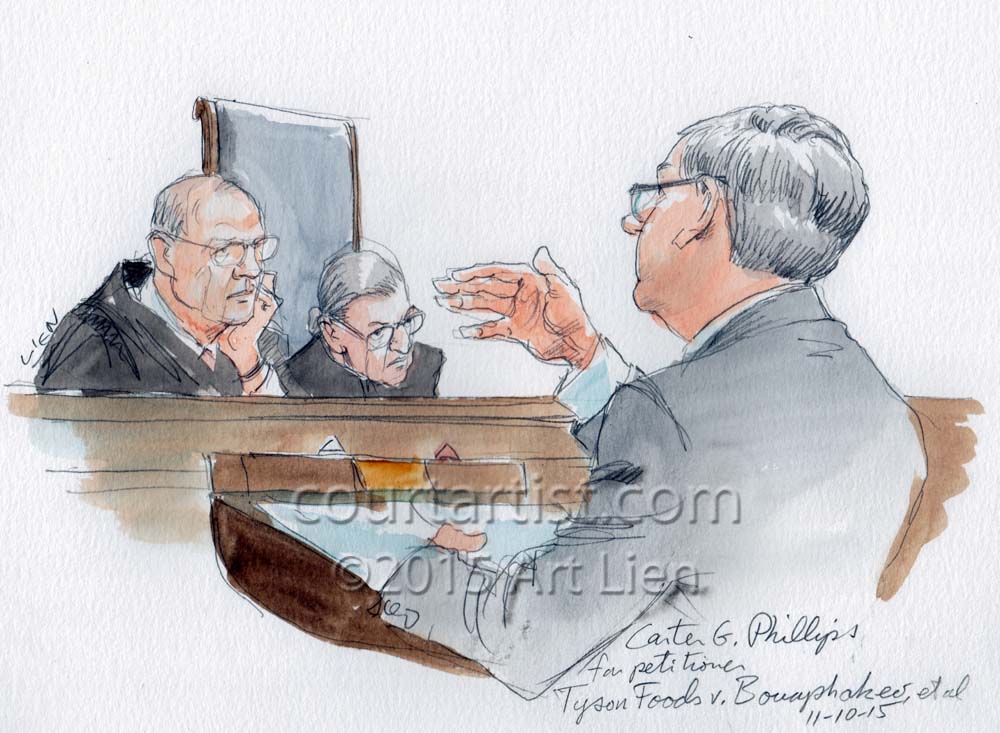 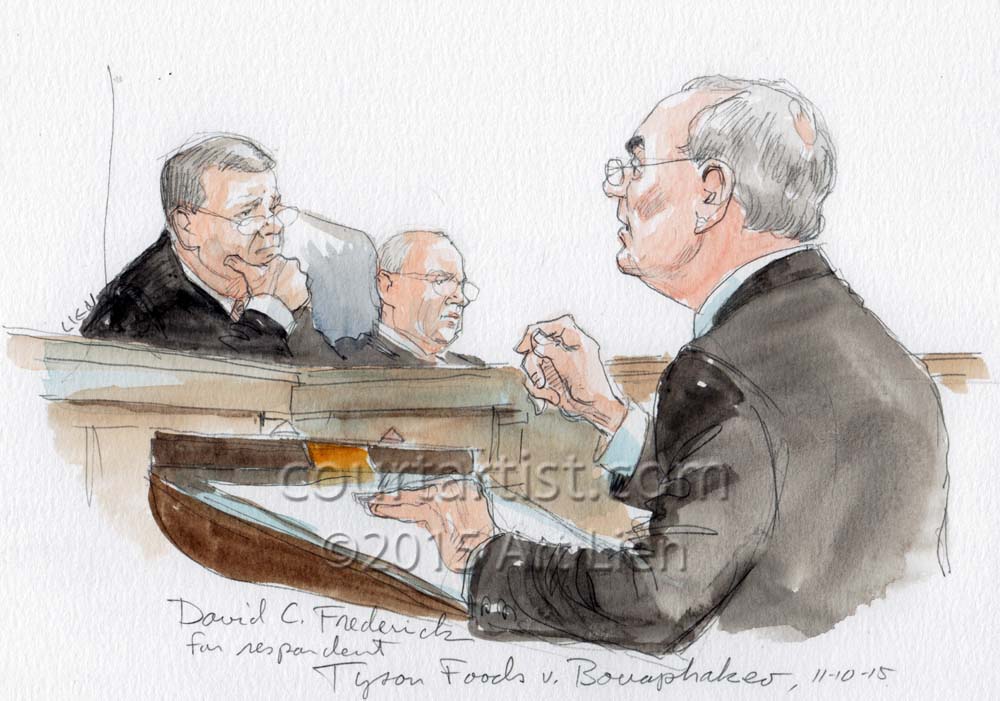 In the second argument, Luis v. U.S., Sila Luis, who bilked Medicare for tens of millions of dollars and had her assets frozen, wants to be allowed to use the “untainted” portion of her frozen assets to pay for her Sixth Amendment guaranteed lawyer of her choice. SCOTUSblog’s Amy Howe has the story here. 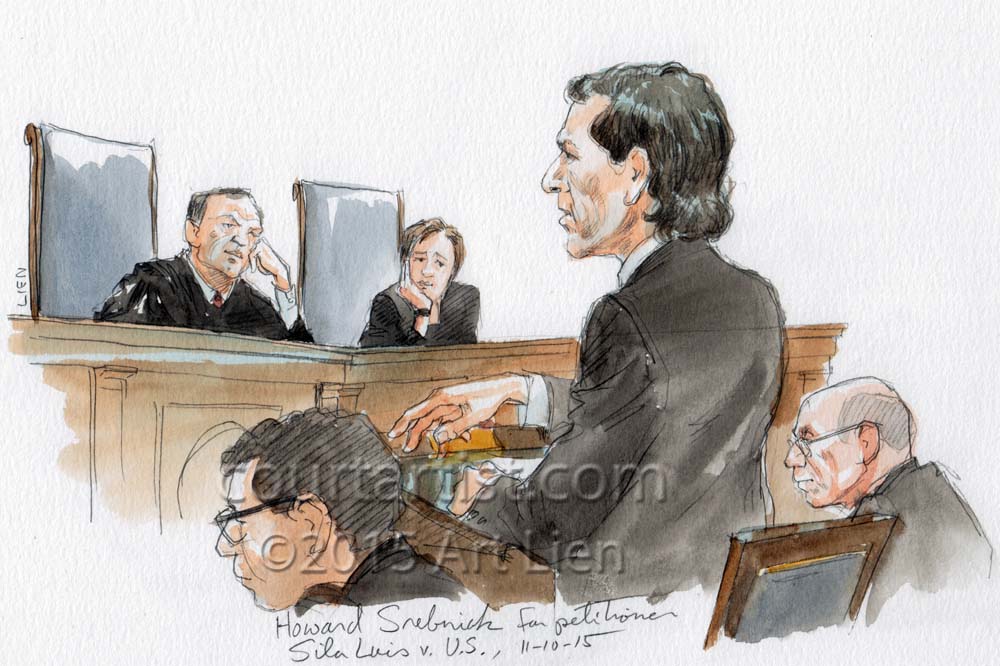 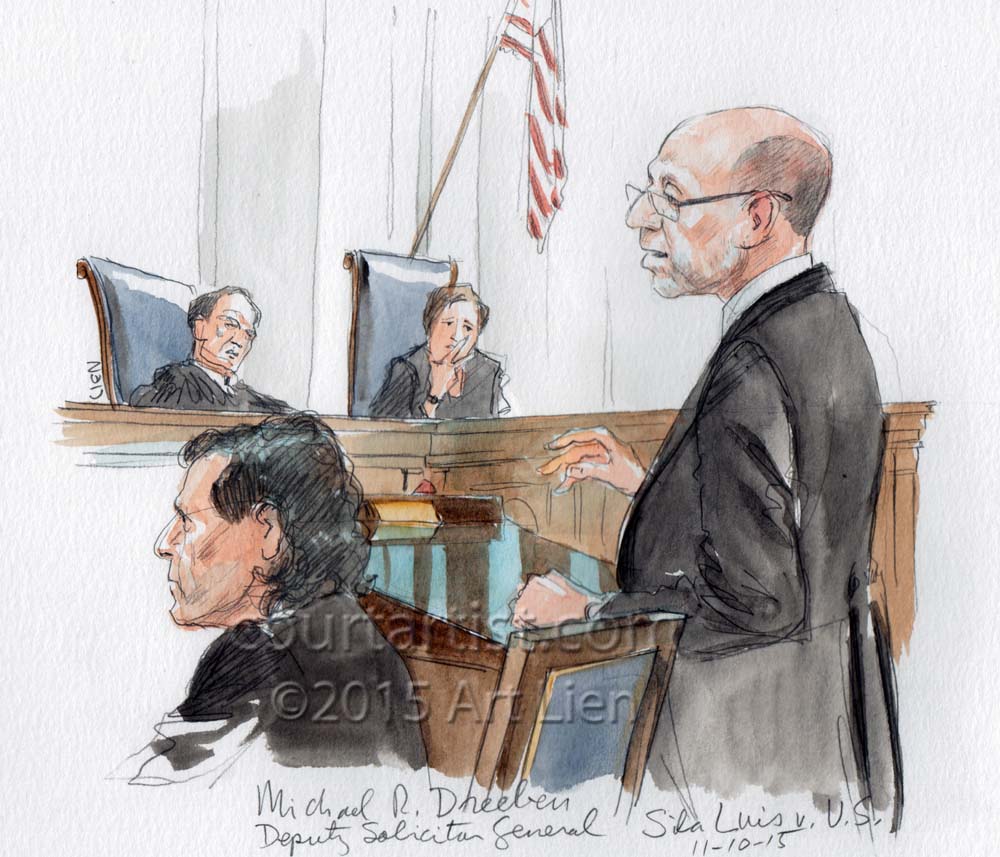