Humanity, And Lack Of It 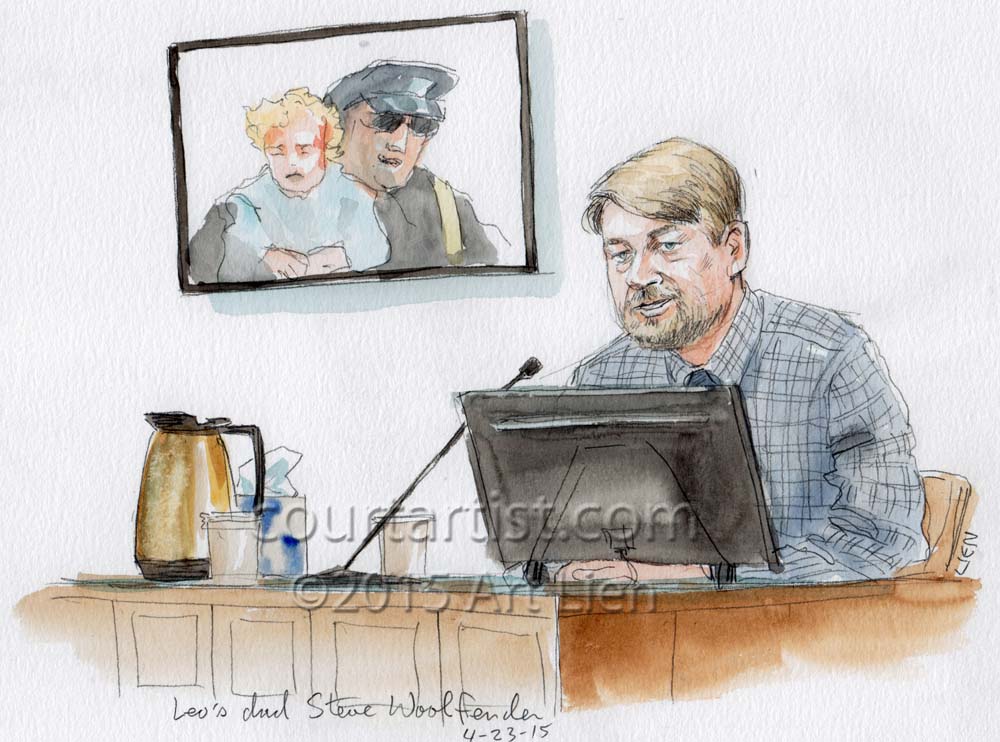 The humanity of victims caring for each other in the middle of the bombing mayhem contrasted with Dzhokhar Tsarnaev’s complete disregard and seeming lack of compassion as he just sat there. The last witness to testify yesterday as the government concluded its death penalty case was Steven Woolfenden. Steve was in front of the Forum restaurant with his son Leo in a stroller when the second bomb went off. They were right next to the Richard family as they tried to move away from the first bomb blast. Tsarnaev brushed past Woolfenden after he dropped his bomb and hurried away.

After the blast, Woolfenden, his leg blown off and his son taken to an ambulance, saw Denise Richard bent over her dying son Martin’s eviscerated body. He put a hand on her shoulder. She turned and asked him if he was okay. 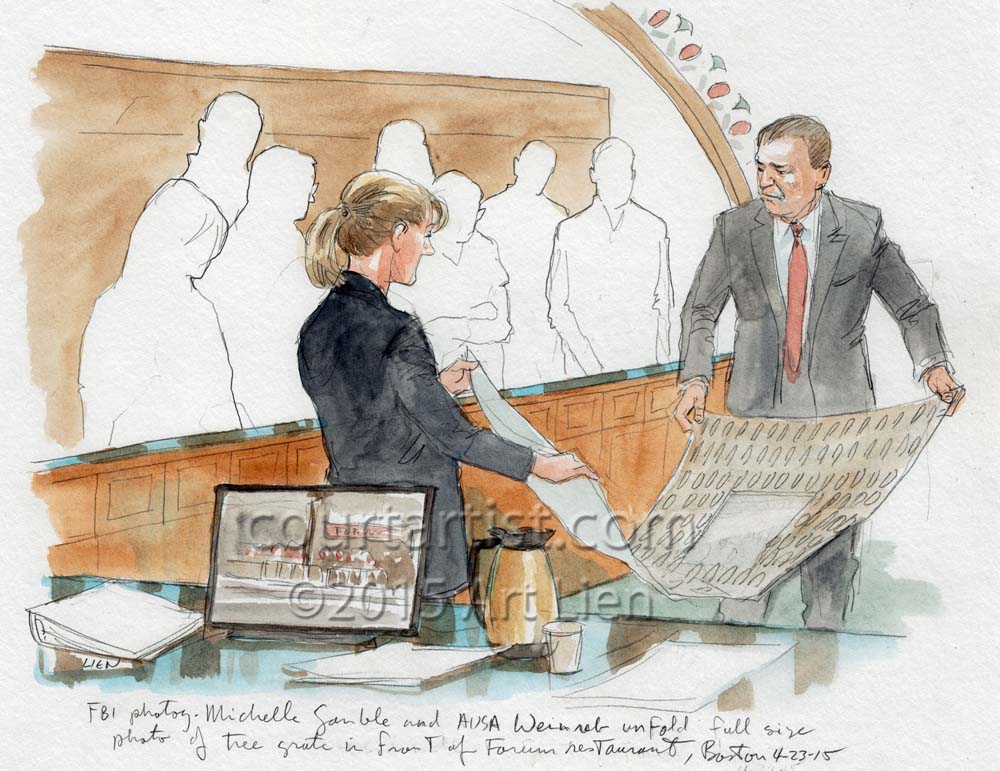 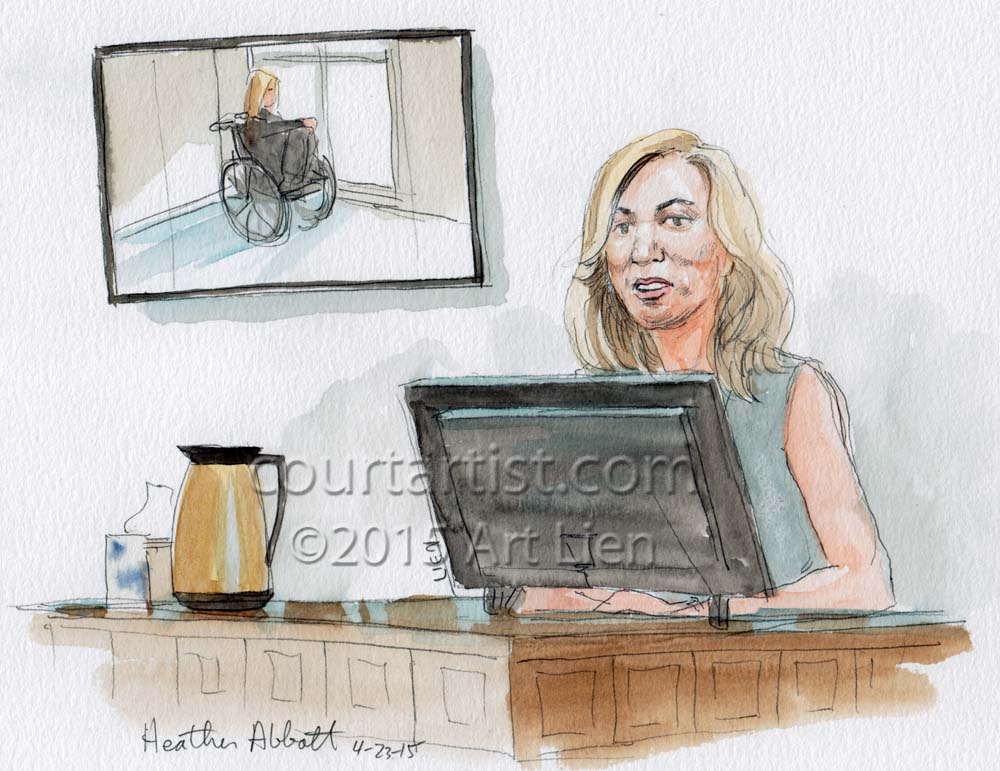 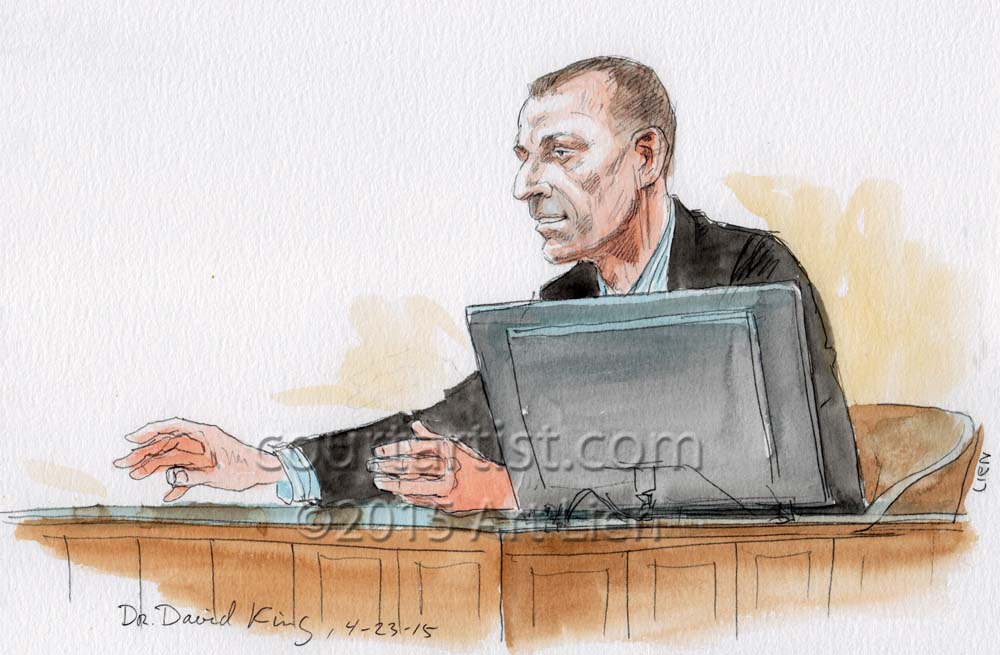 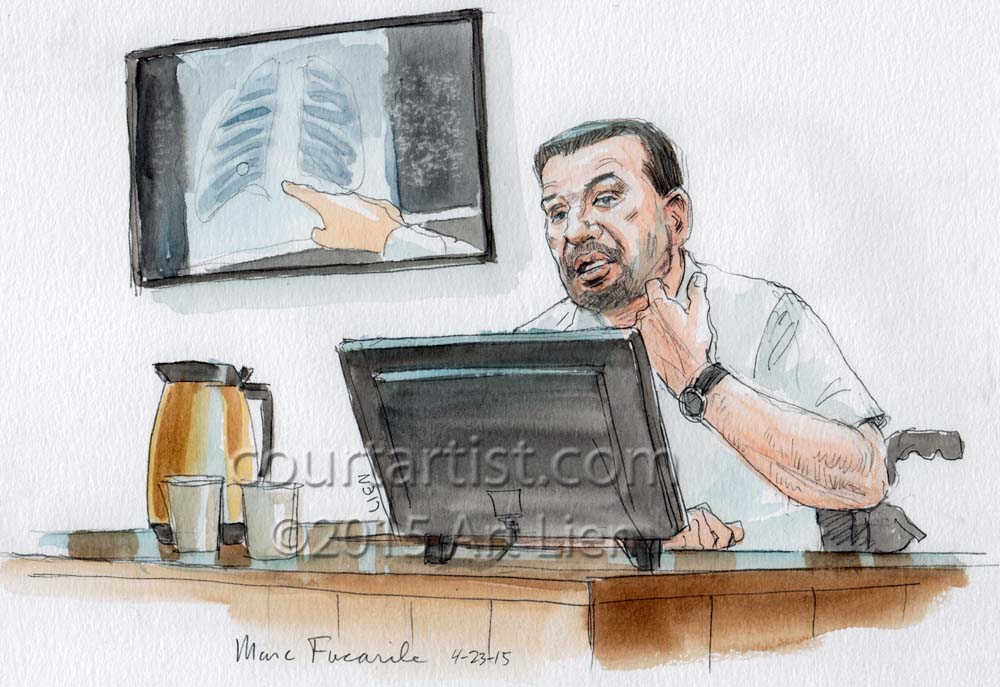 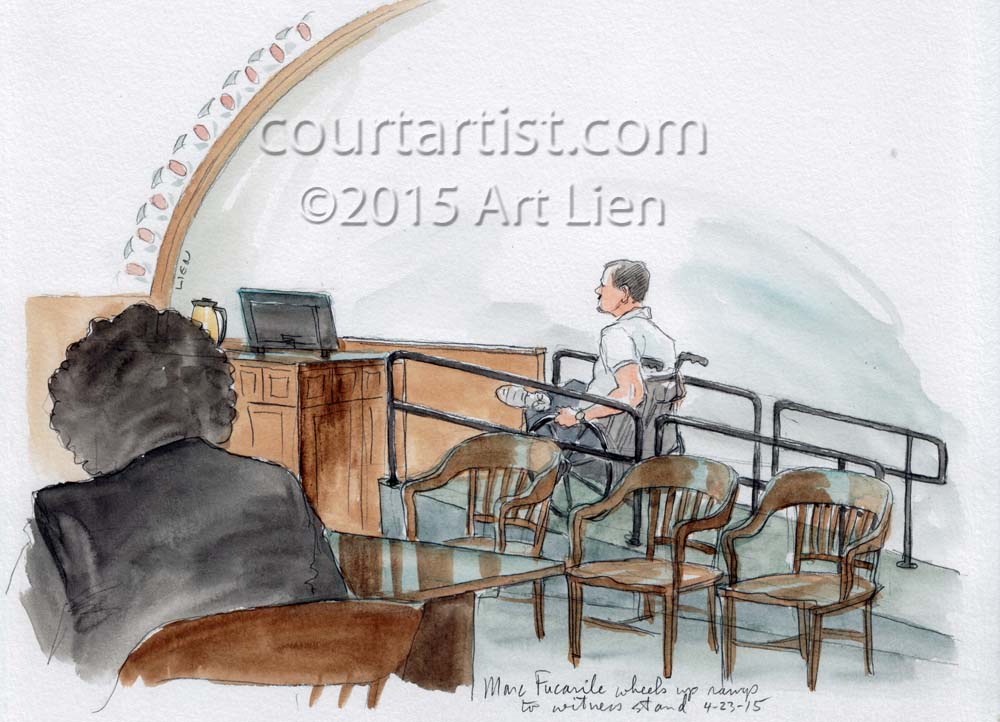