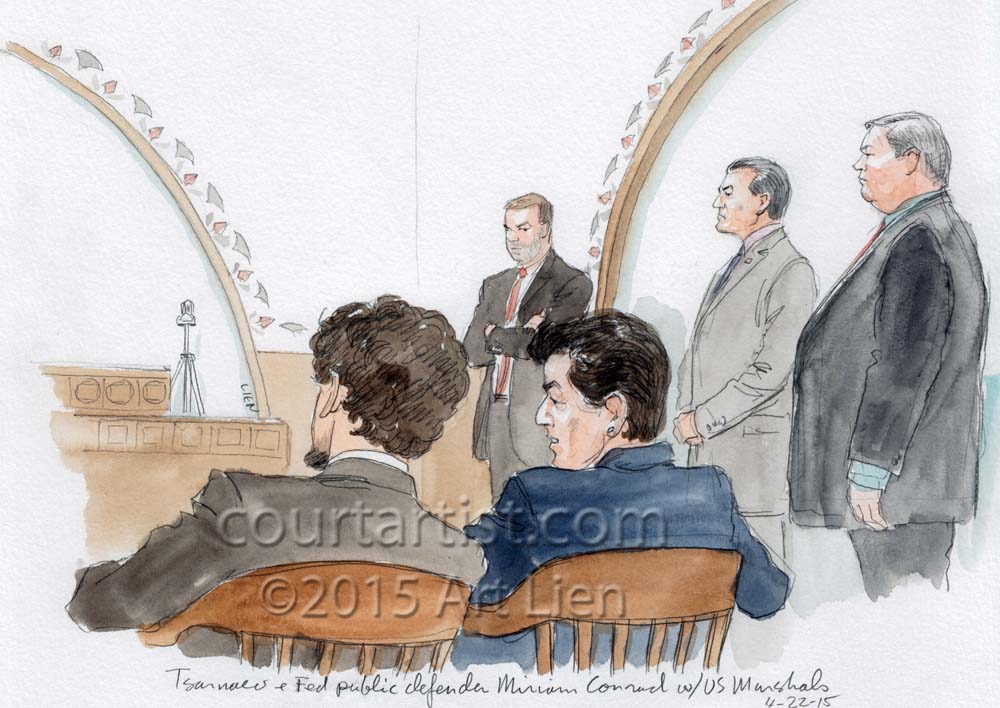 More heartbreaking testimony today, from the family of MIT officer Sean Collier and Lingzi Lu’s aunt. The jury also heard from two more victims who suffered serious injuries. One, a ballroom dancer who lost a leg, glared at Tsarnaev as she left the witness stand. 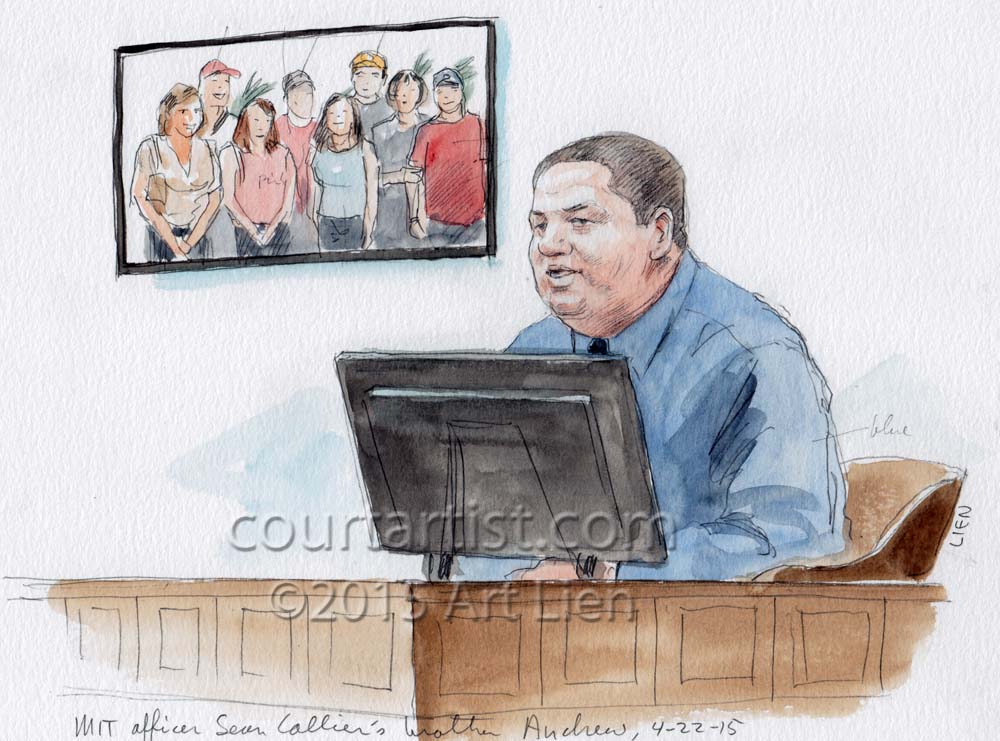 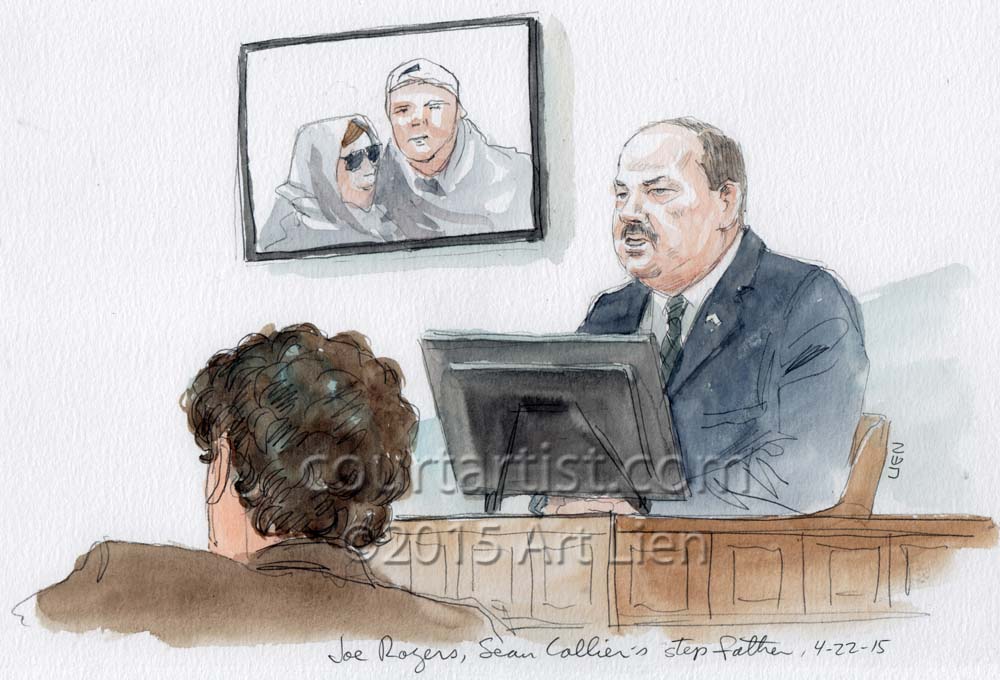 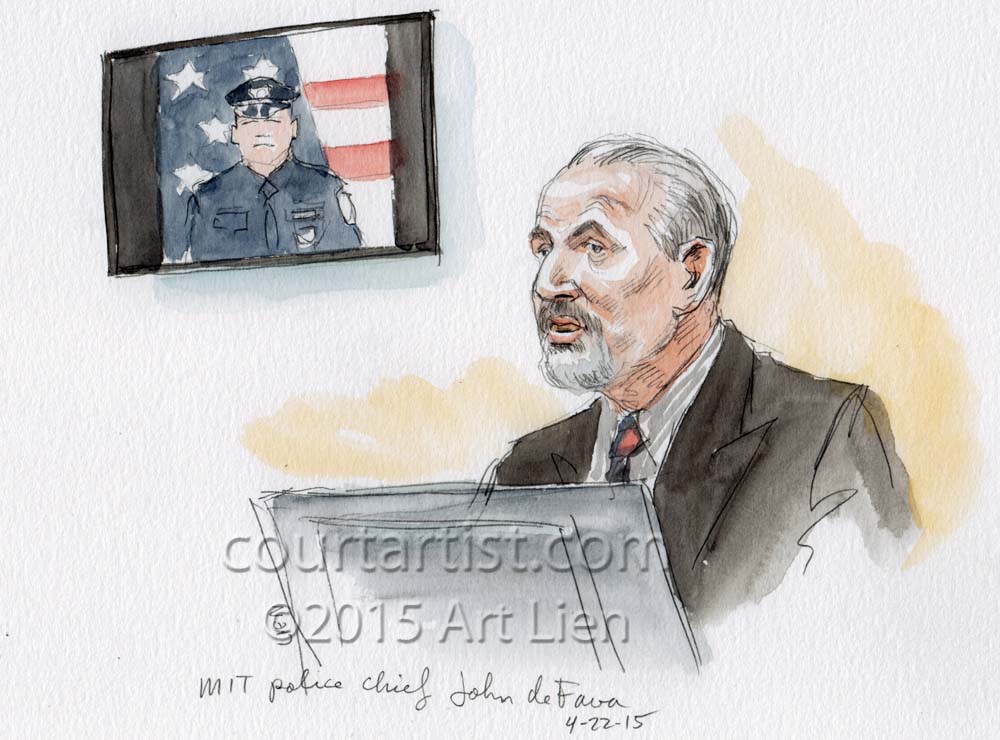 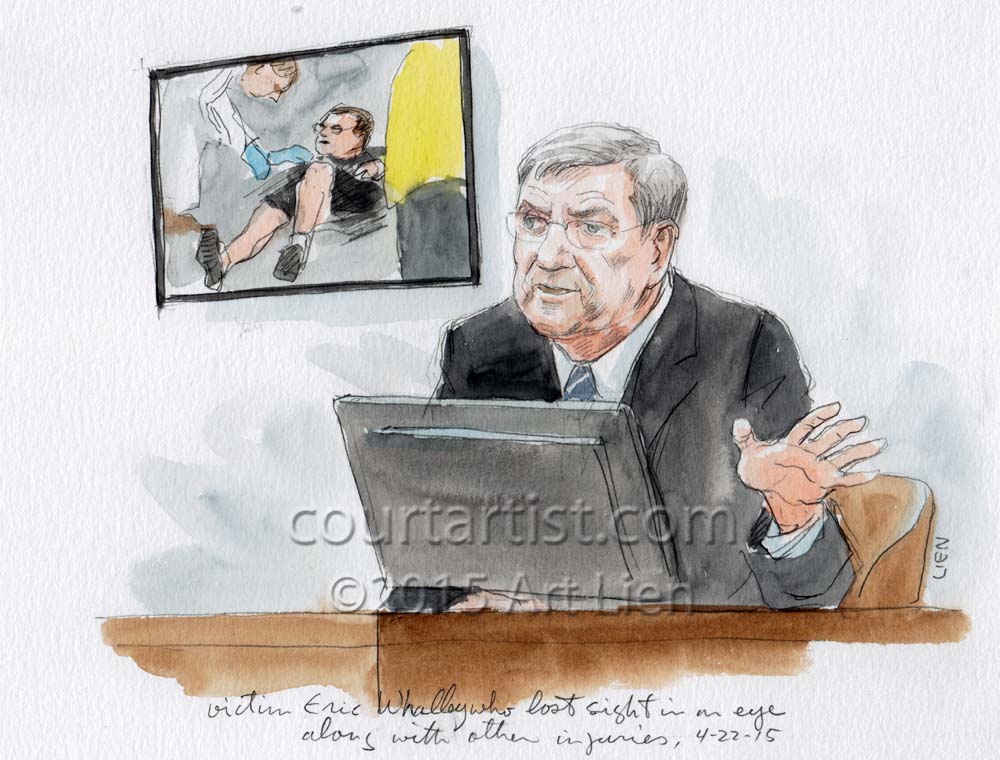 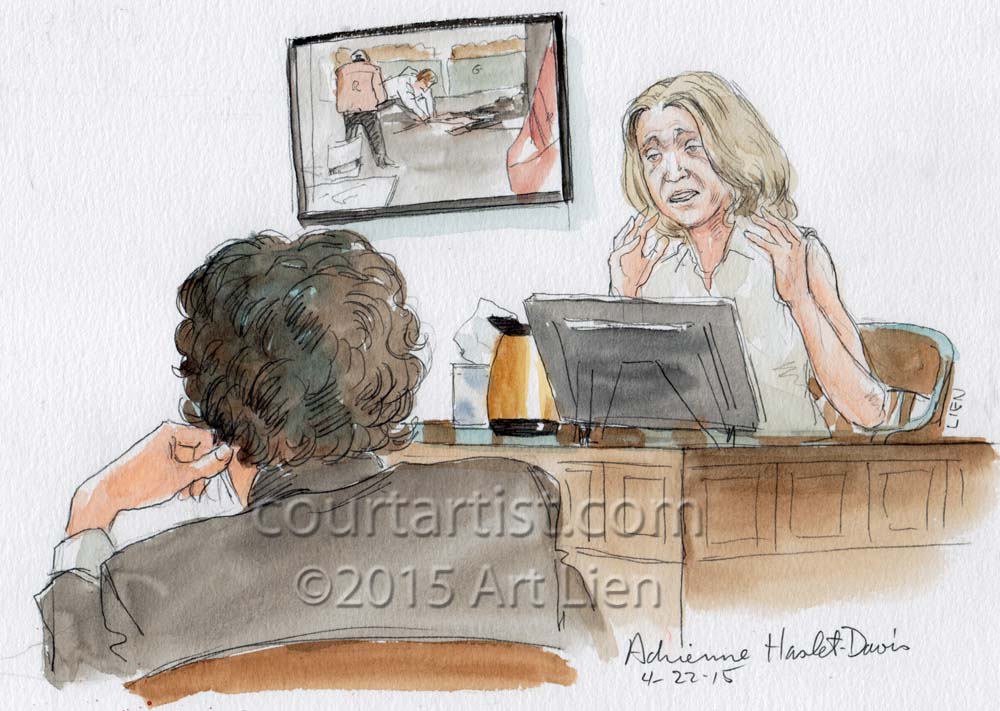 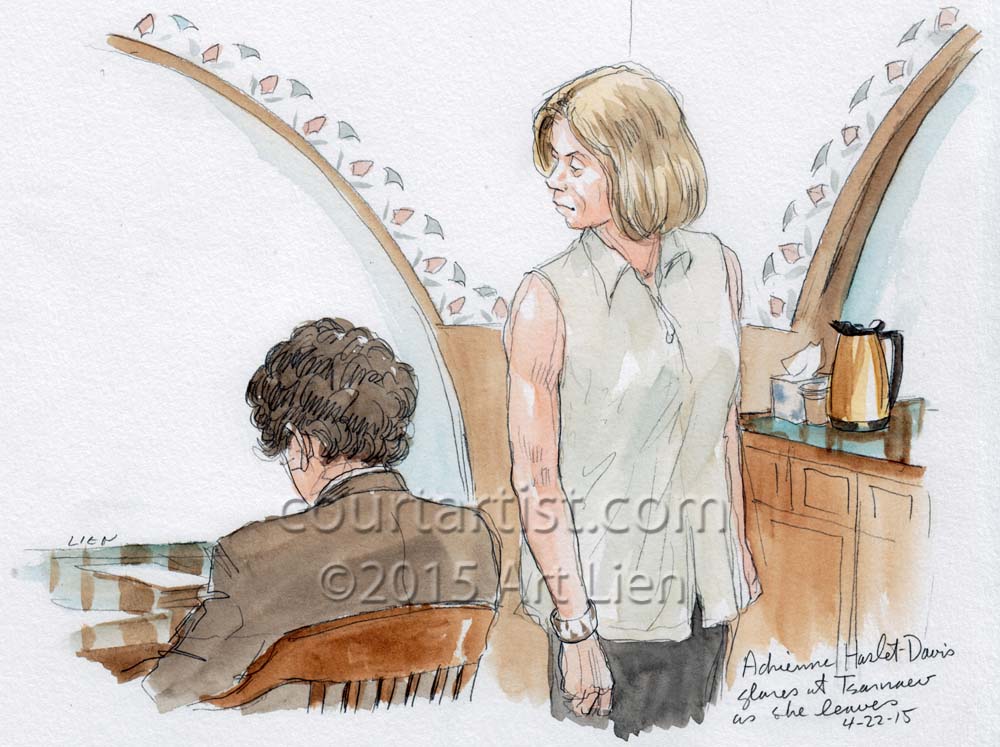 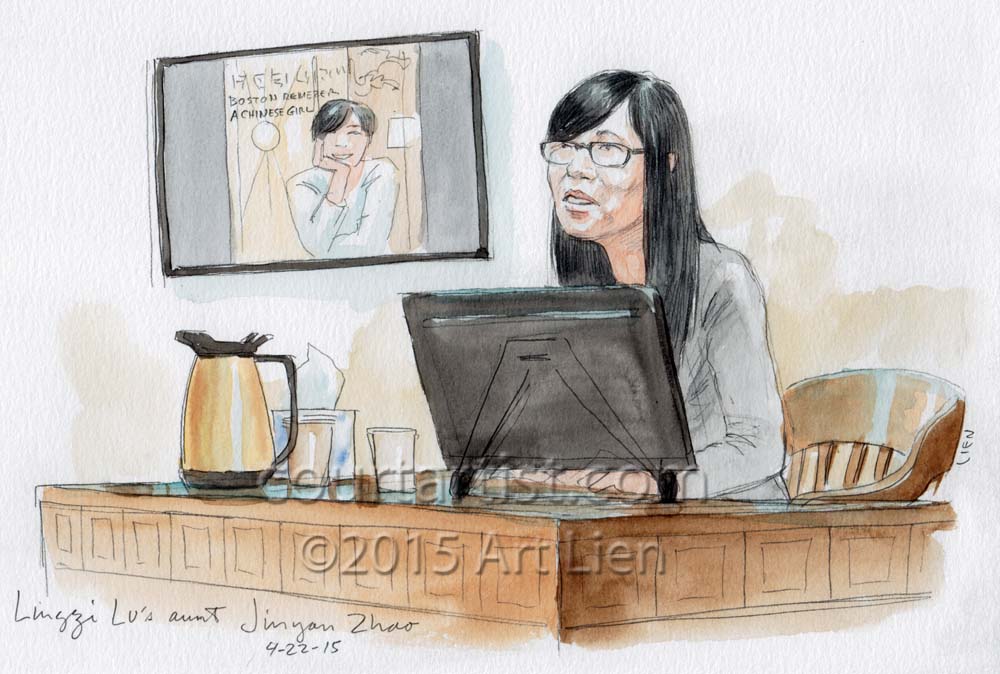 The government also introduced into evidence the video still of Tsarnaev flipping the bird that was shown to the jury during opening statement. That led to the defense getting in the entire video of Tsarnaev in the courthouse holding cell. It shows the defendant primping his hair and mugging for the camera as he first flashes two fingers in a Vee and then the now infamous single digit. 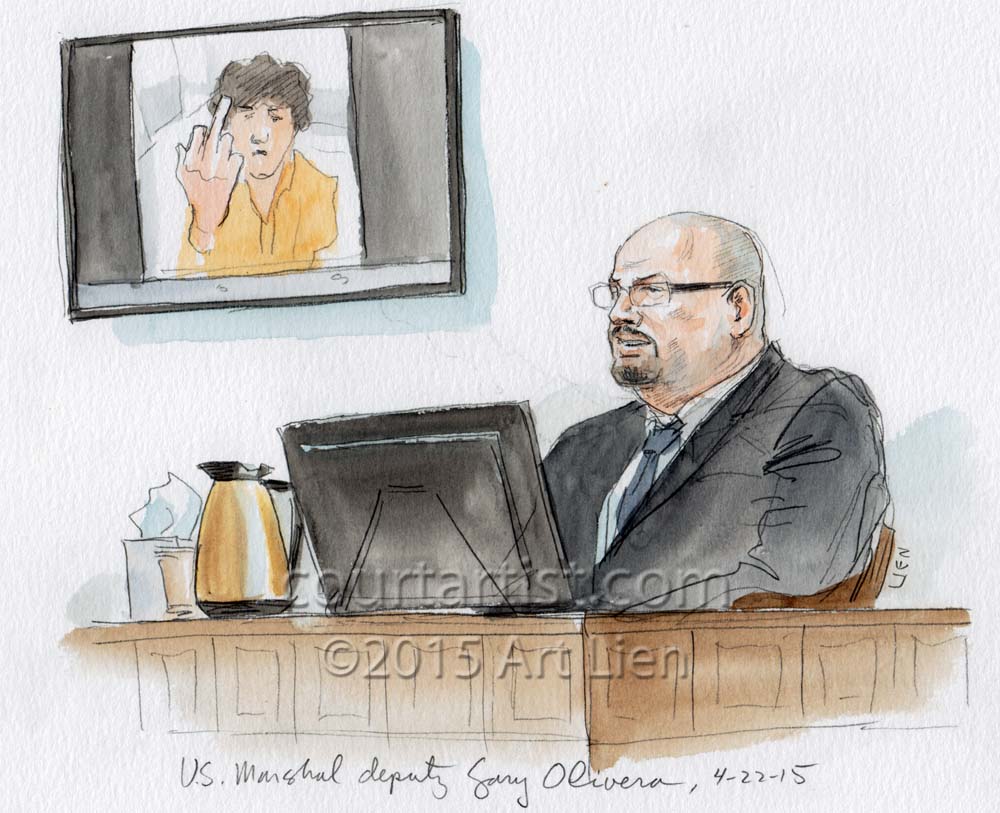