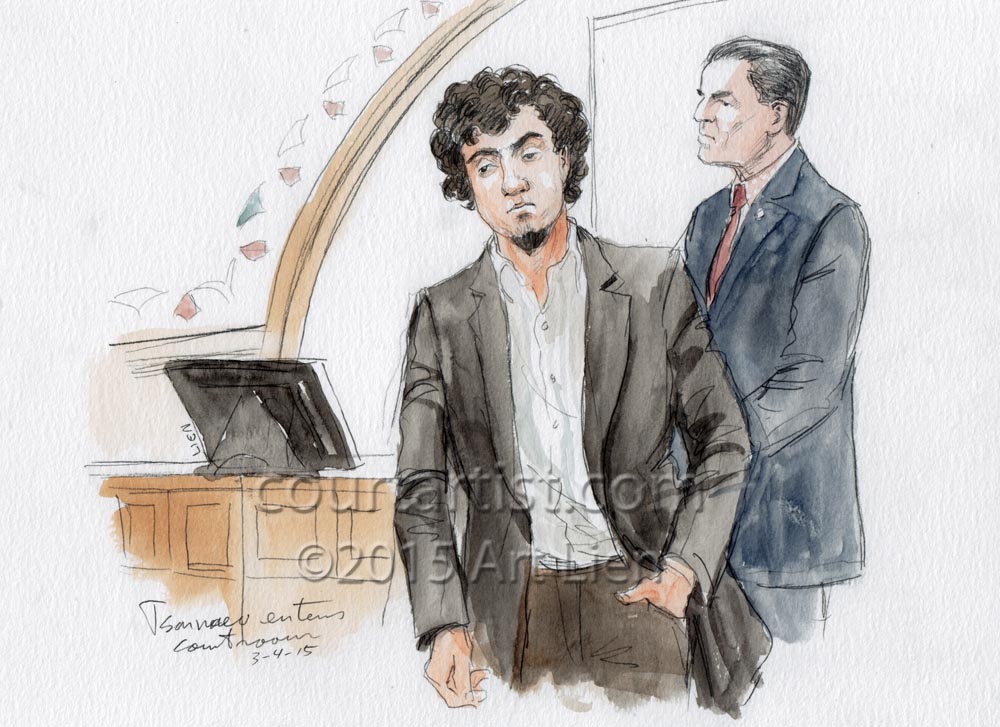 The trial of accused Boston Marathon bomber Dzhokhar Tsarnaev finally got underway today with opening statements and testimony from the first witnesses. 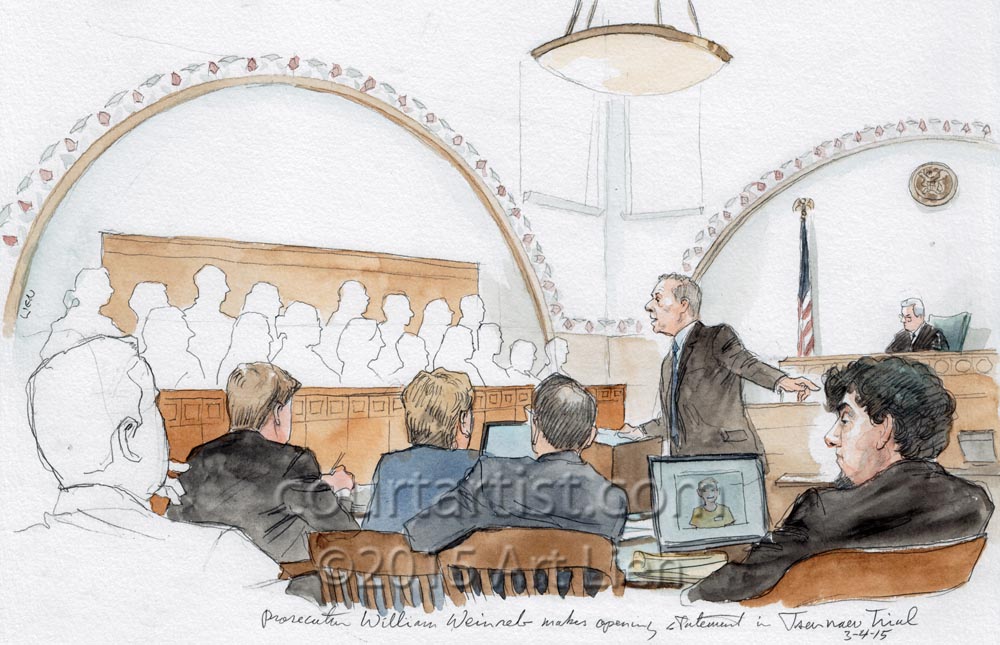 It was such a busy day for me that I can no longer think straight so I’ll just post my sketches and let you read about it elsewhere. 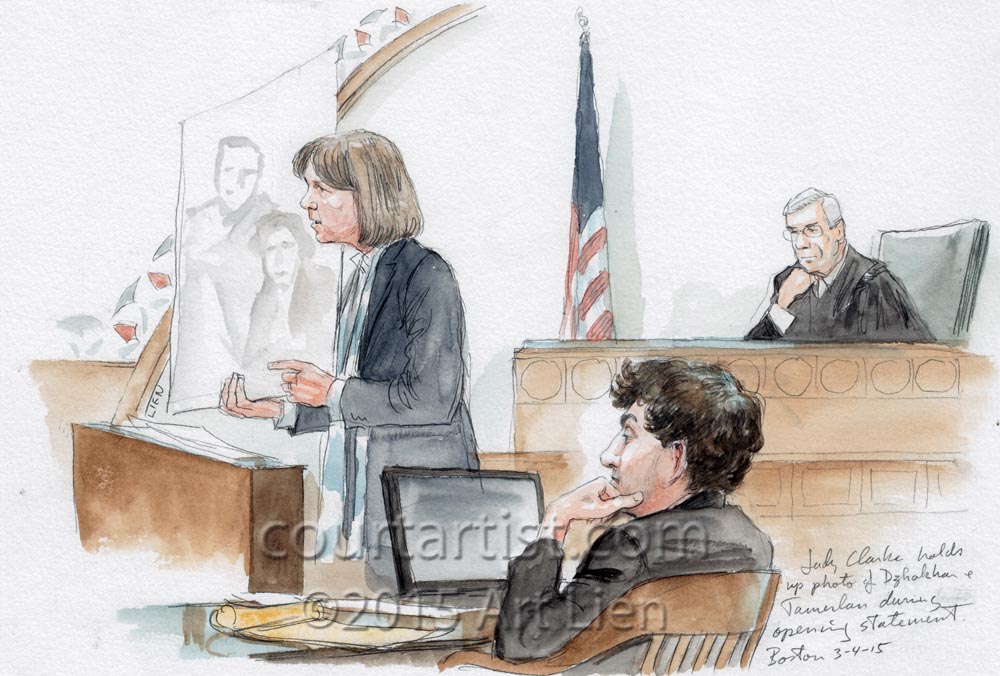 Tsarnaev’s defense don’t dispute that their client planted the pressure cooker bomb but argue that he acted under the influence of his brother, Tamerlane. For that reason the defense  briefly questioned only one of the government’s witnesses on cross. 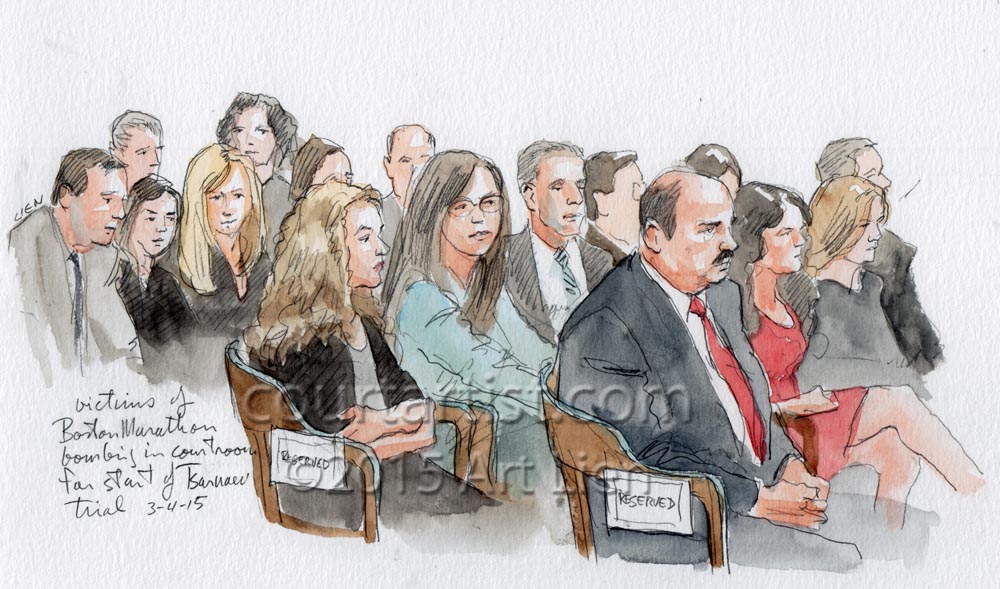 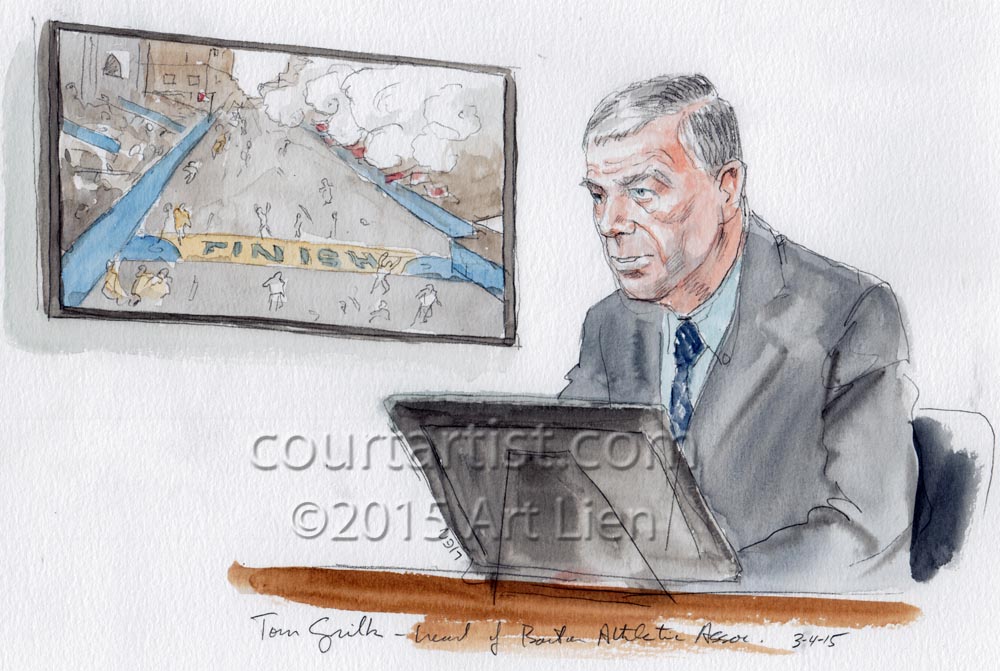 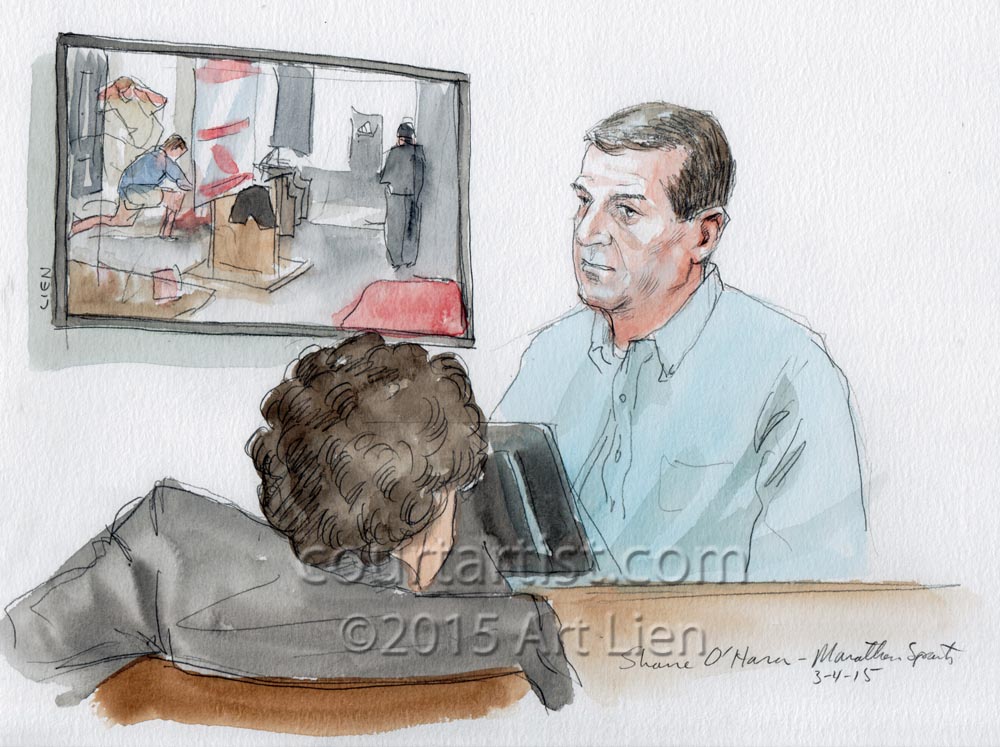 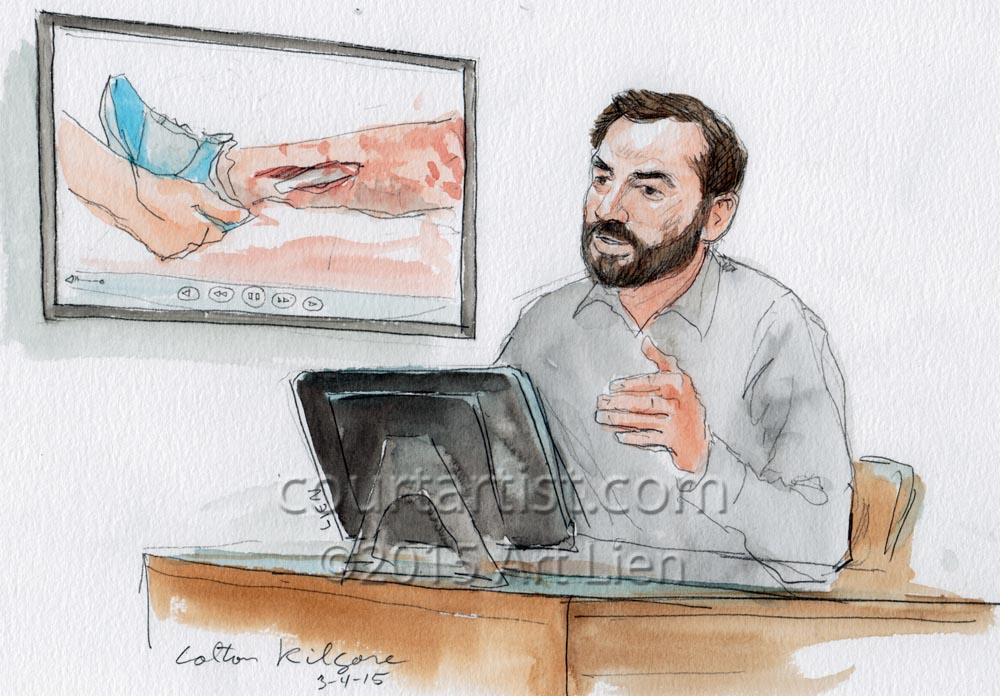 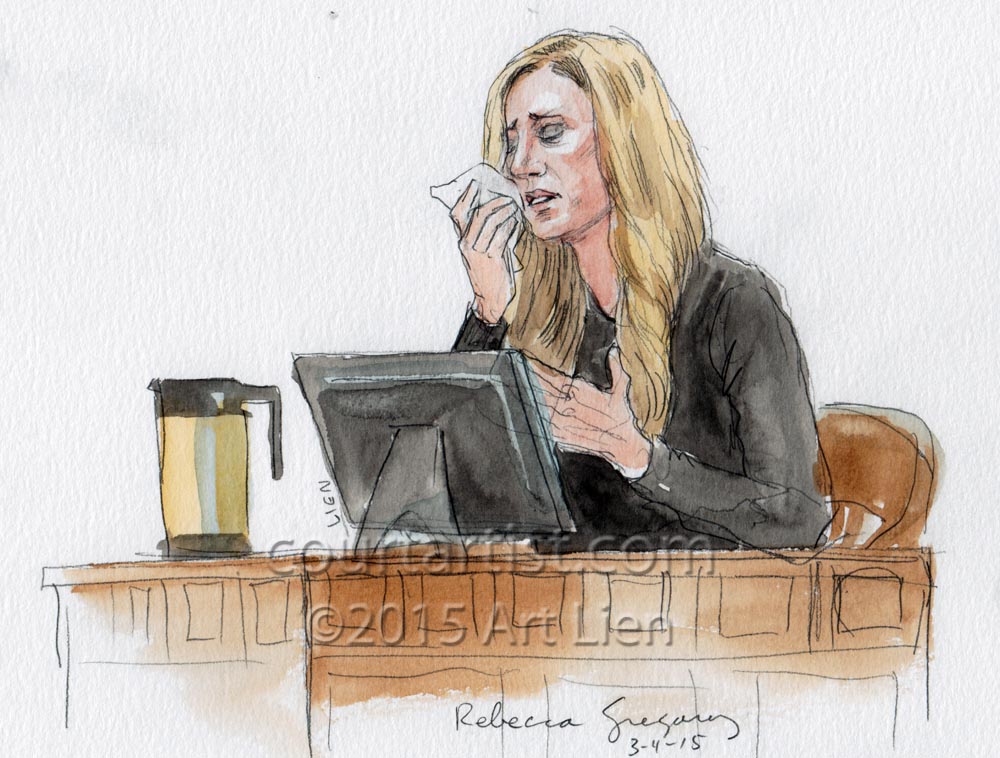 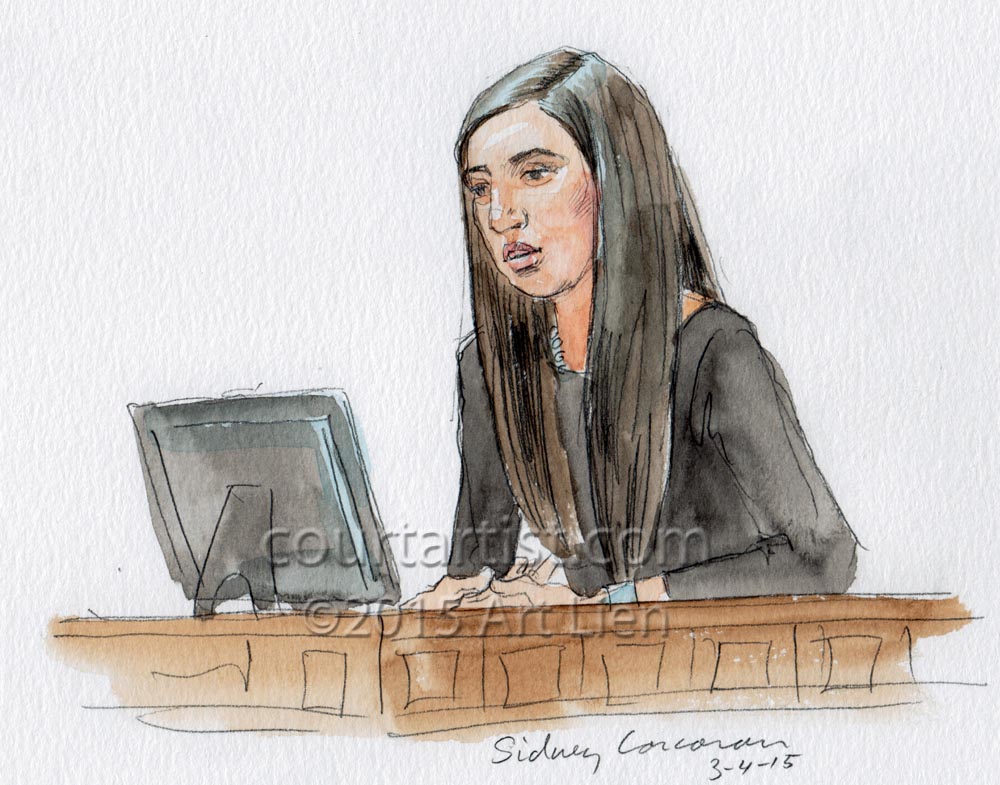 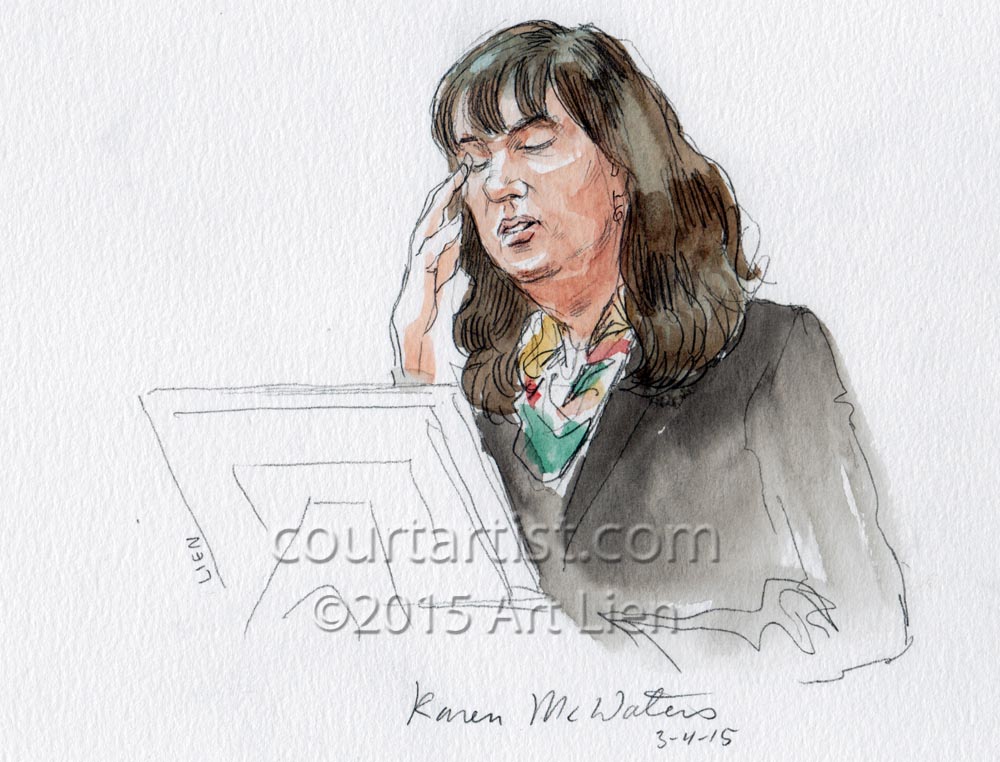 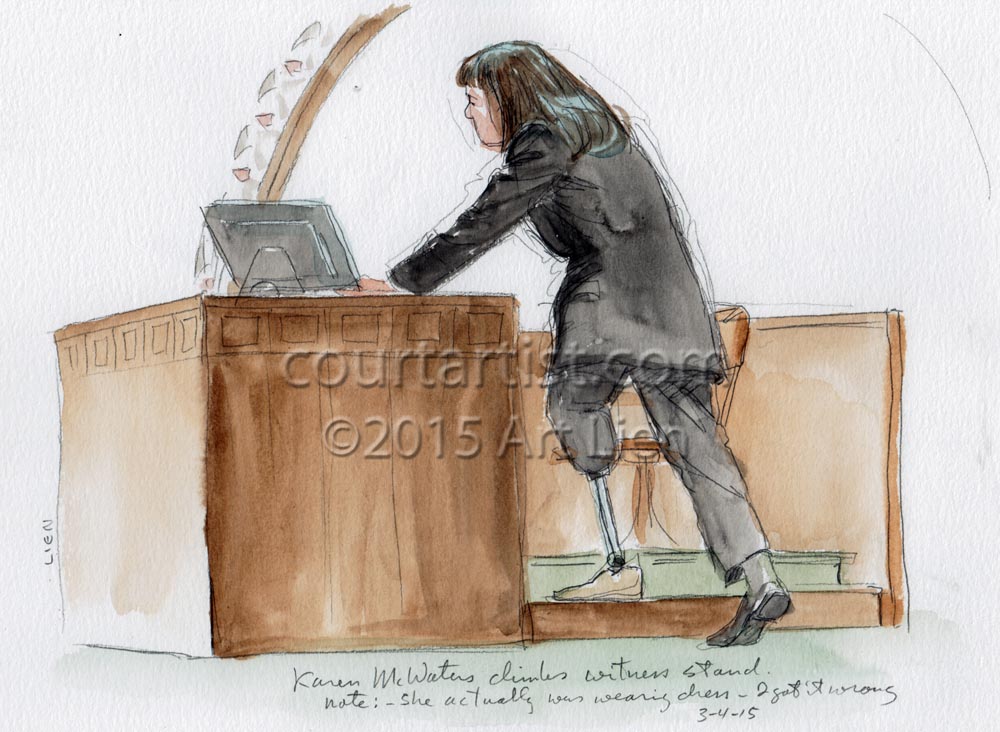