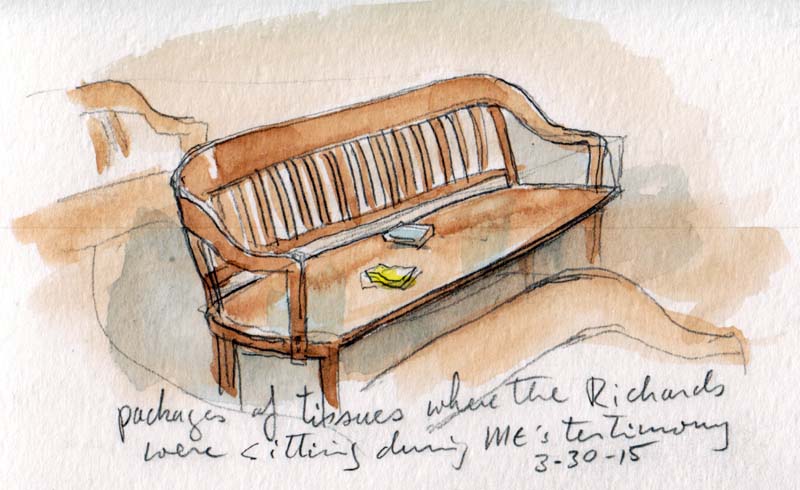 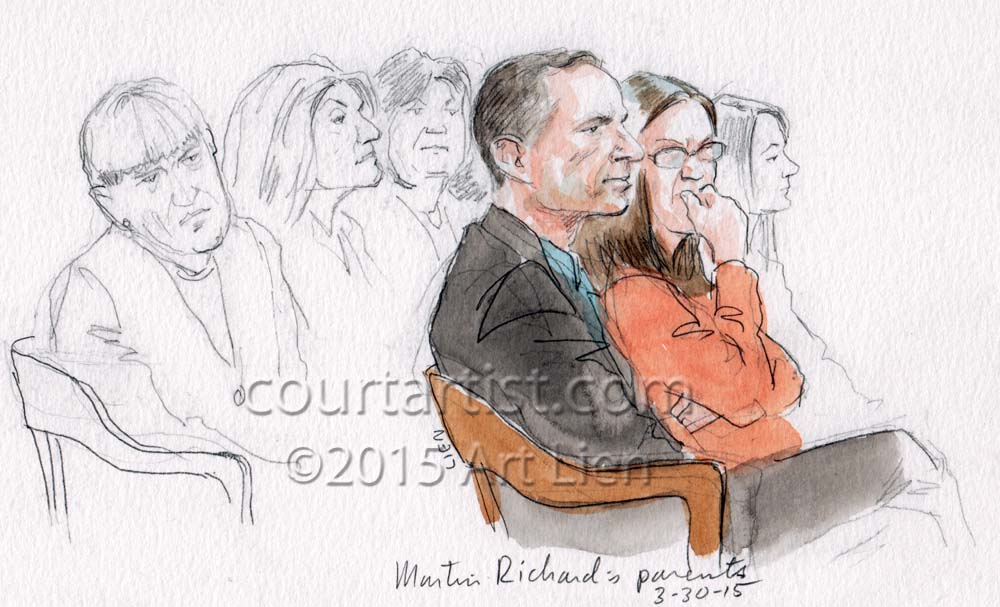 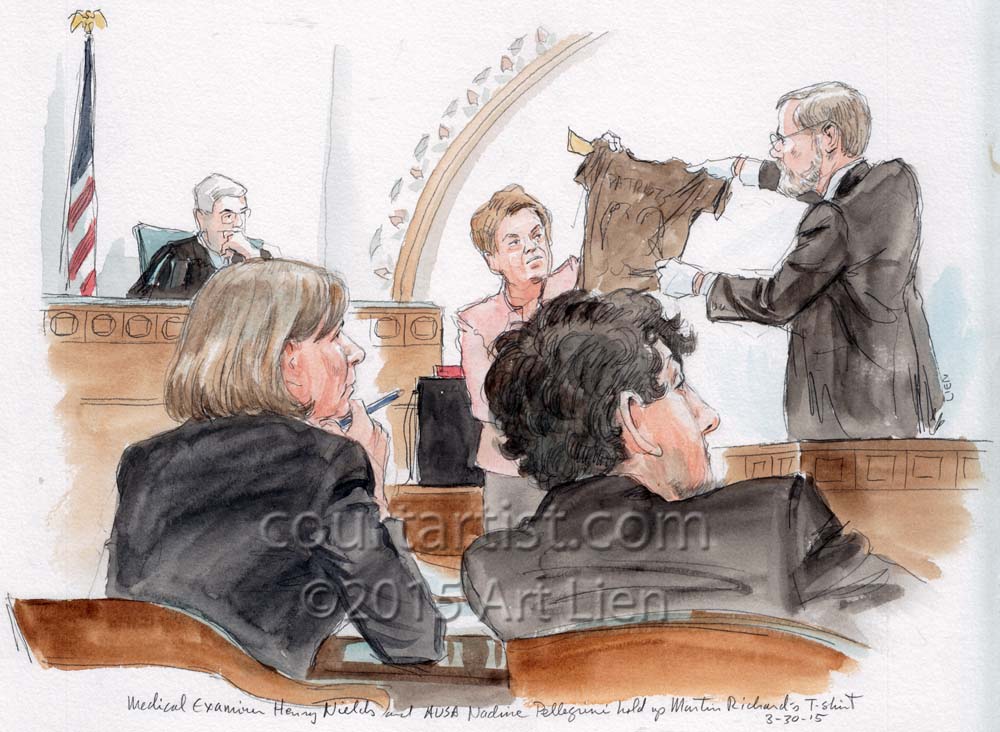 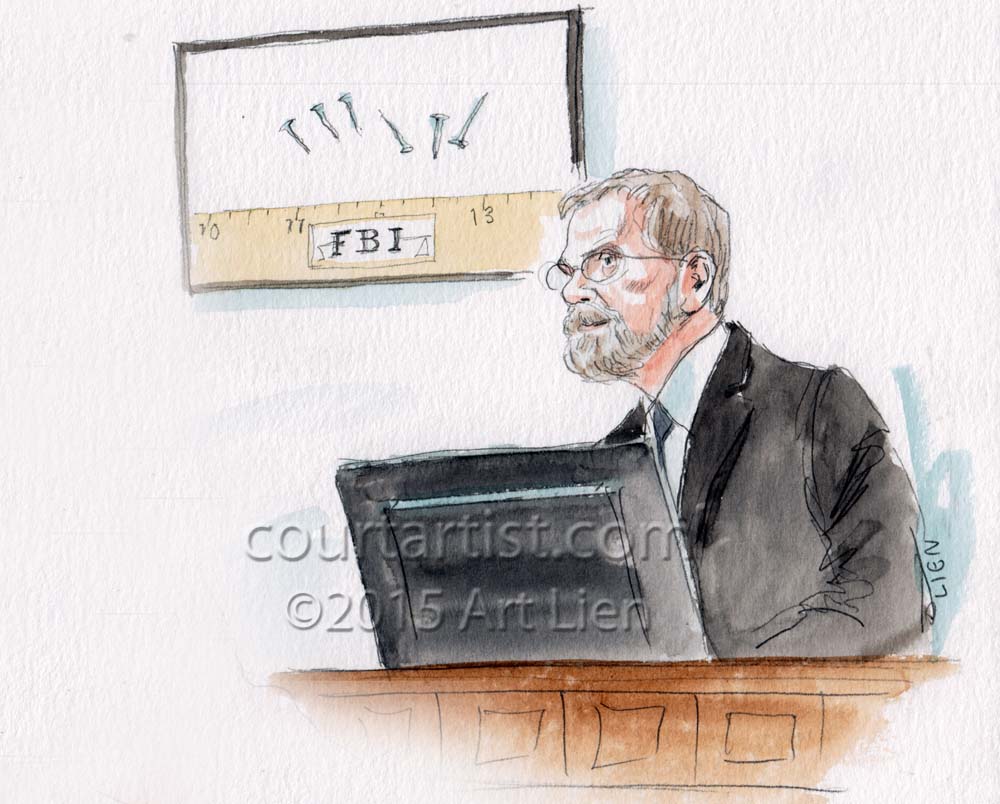 The last witness called before the government rested its case against Boston Marathon bomber Dzhokhar Tsarnaev was the medical examiner who did the autopsy on eight-year-old Martin Richard. Martin’s parents were in the courtroom as the ME held up some of the clothing he was wearing when the bomb ripped his body apart.Also shown to the jury were nails, BB’s and shrapnel that was removed from Martin’s body. 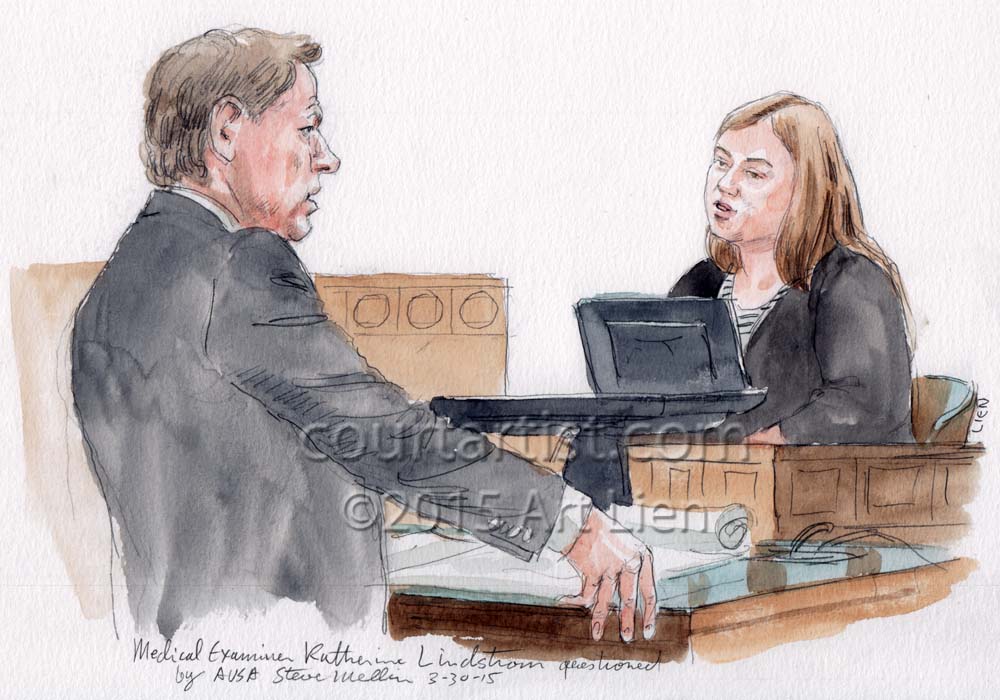 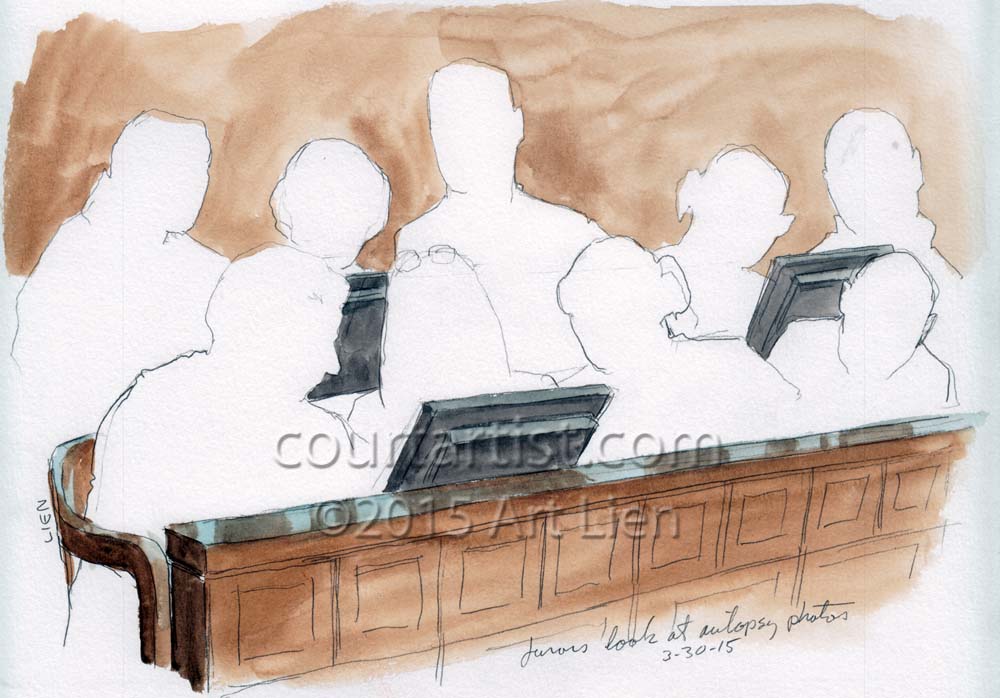 There were other witnesses, and the defense began their case. Here are the rest of today’s sketches. 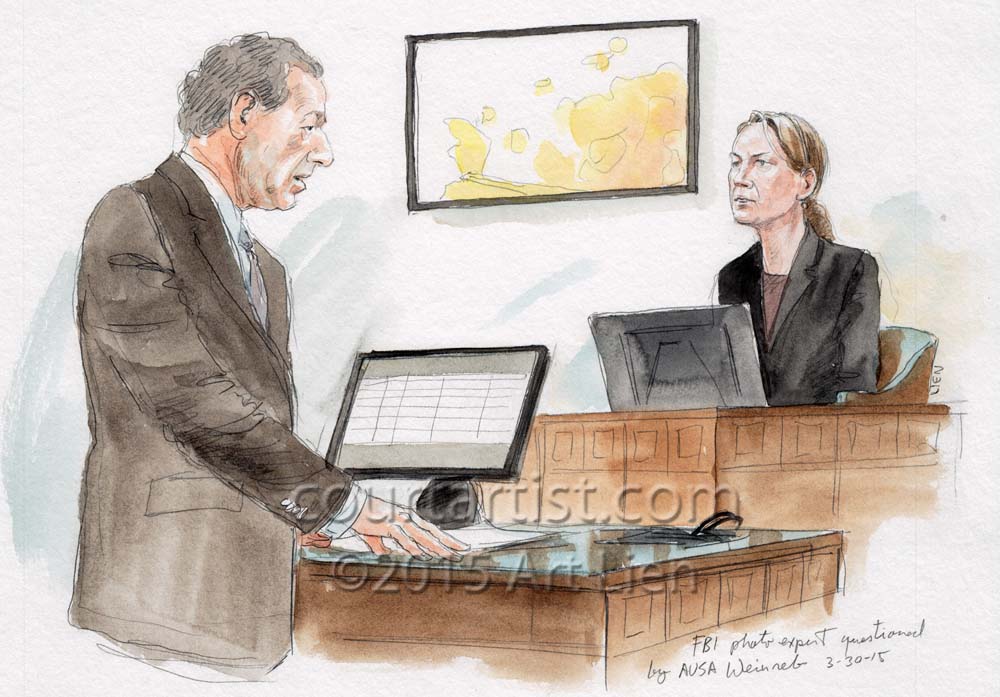 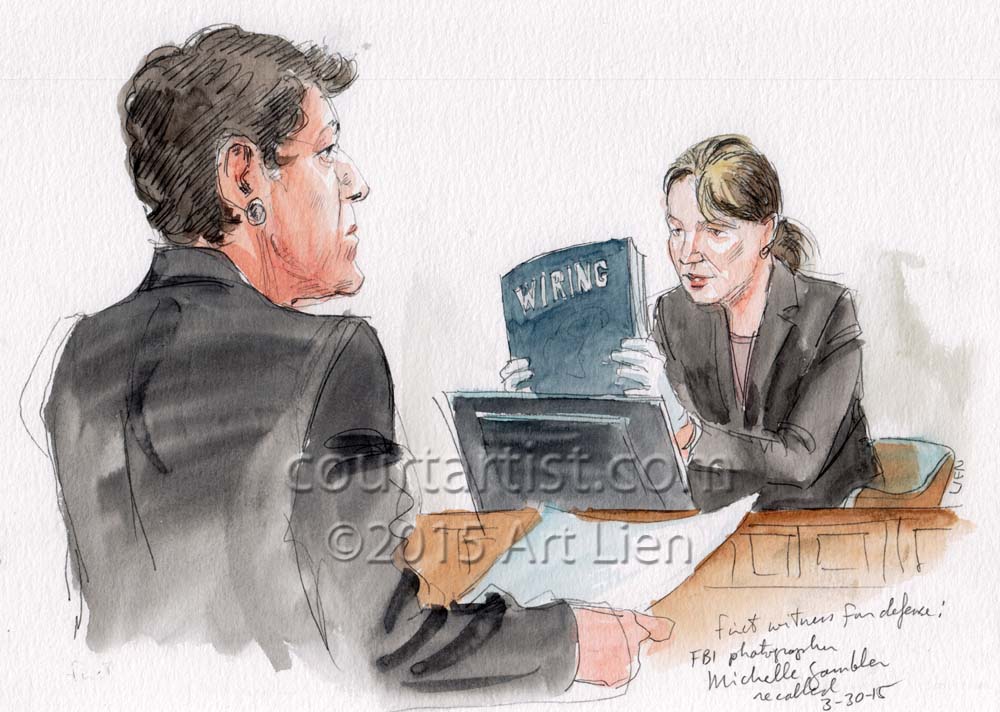 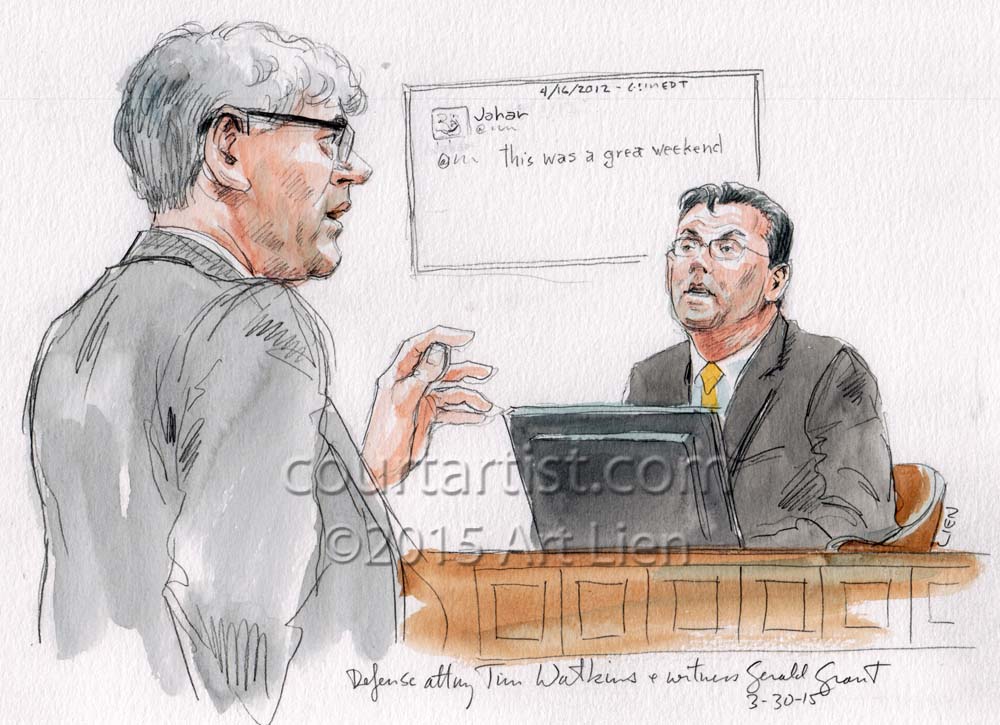