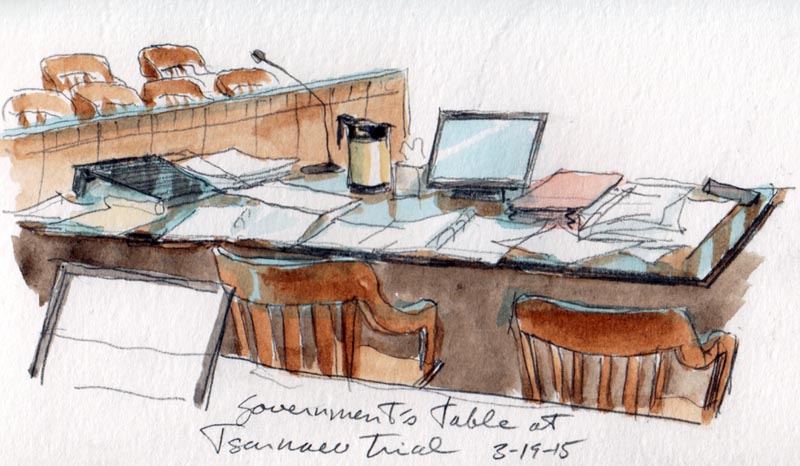 After hearing from an FBI bomb tech who identified the remains of a pressure cooker bomb that was shown to the jury the government moved on to digital evidence on various electronic devices. Identifying incriminating files out of the reams of data on computer, thumb drive, iPhones and CD’s was slow going. The witness from the FBI’s cyber squad, Kevin Swinden, will be back Monday for the defense’s cross-examination. 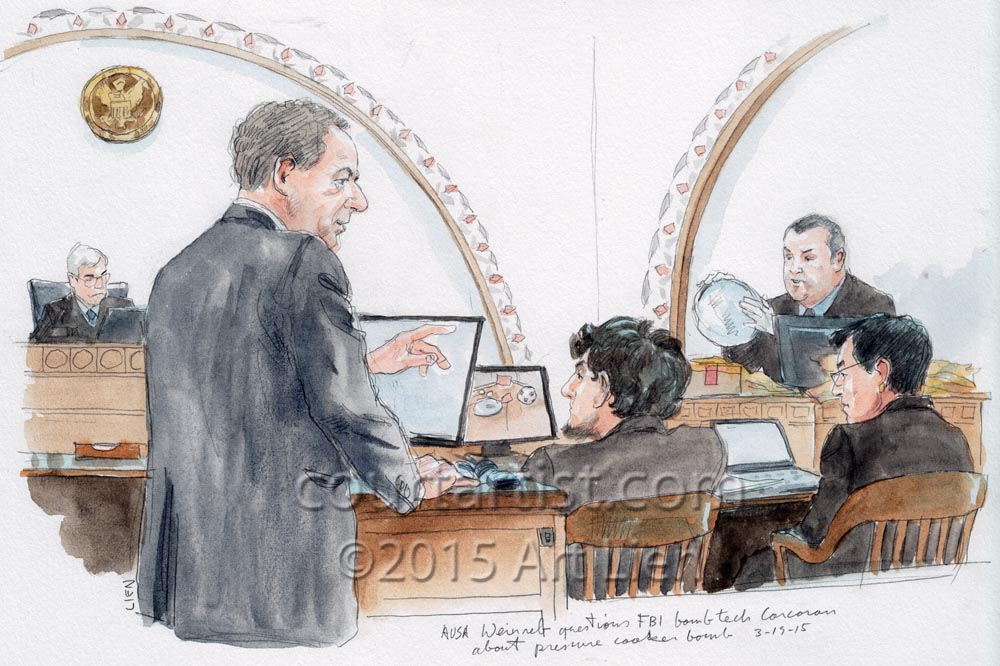 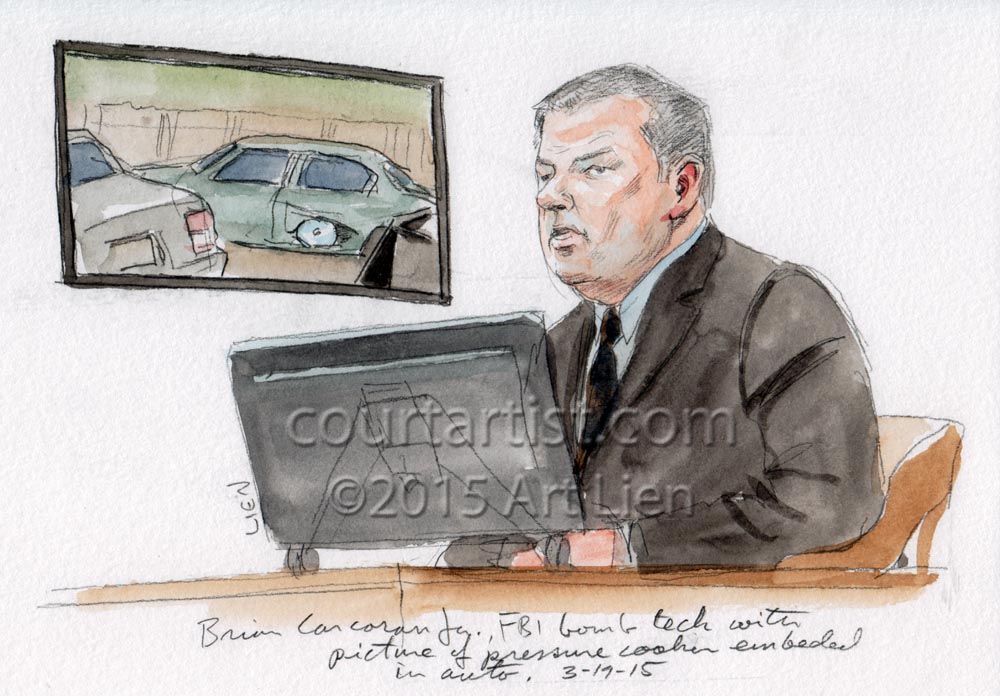 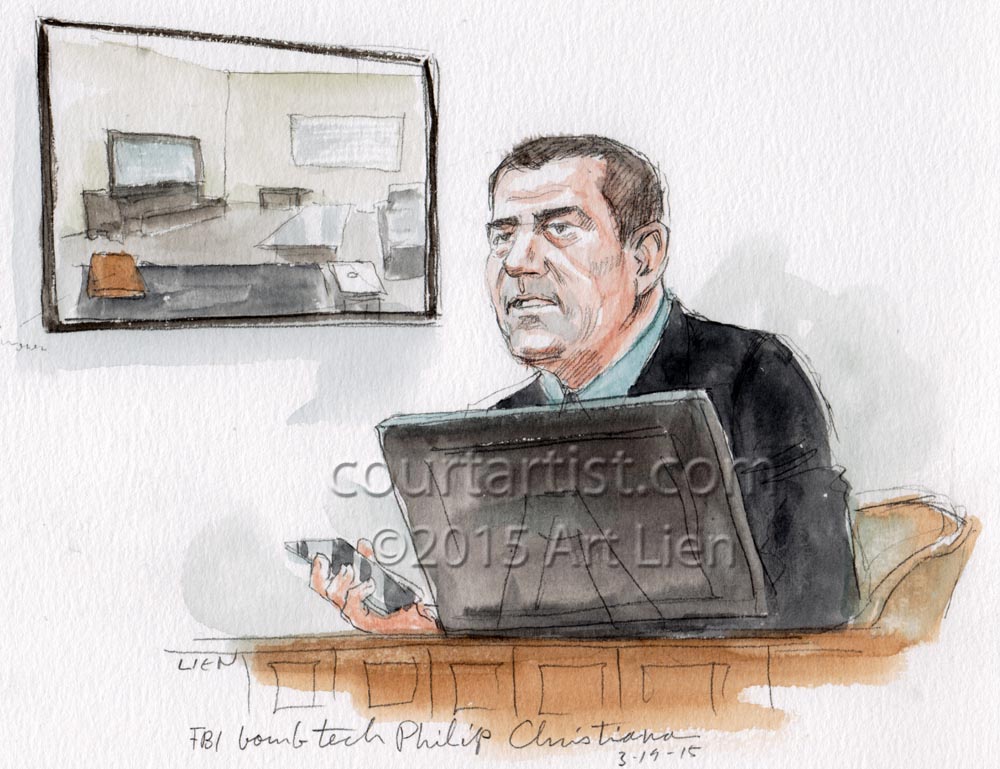 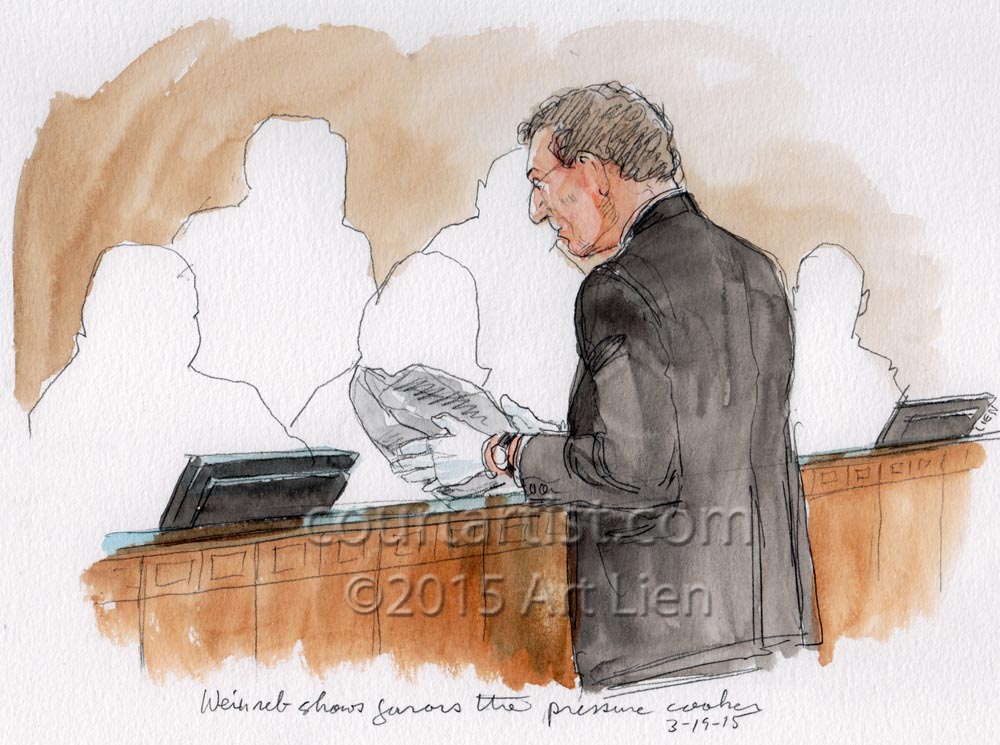 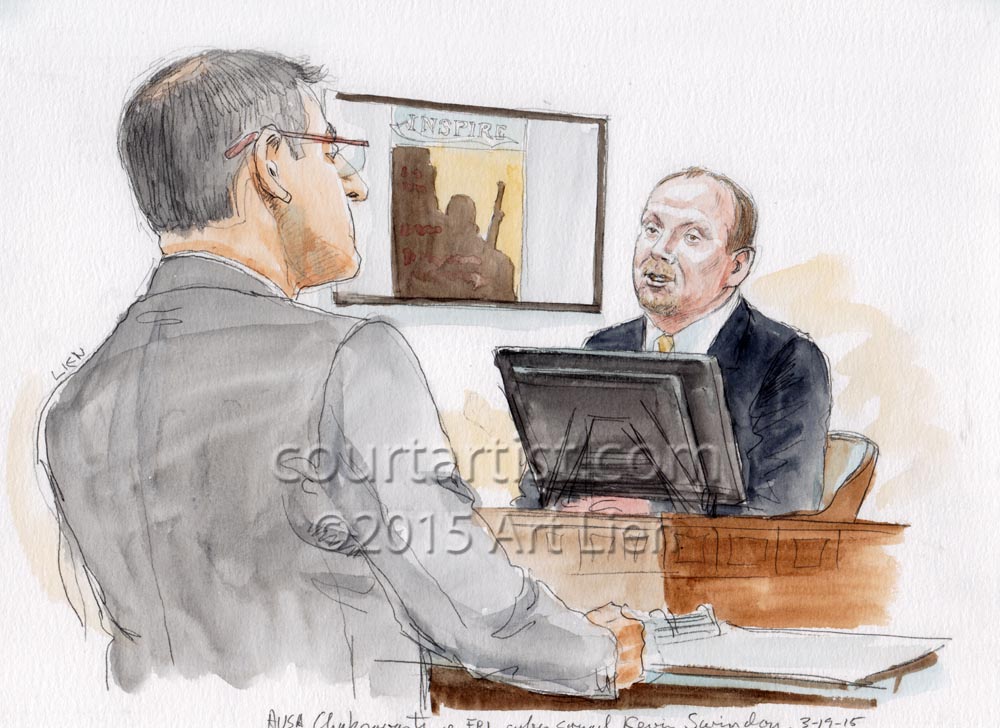 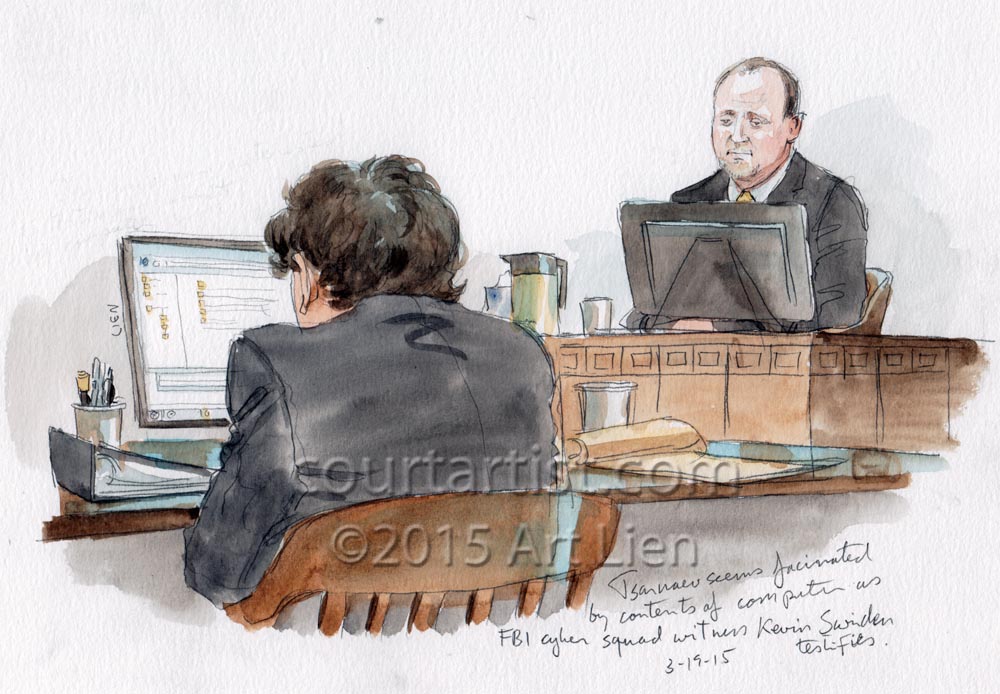