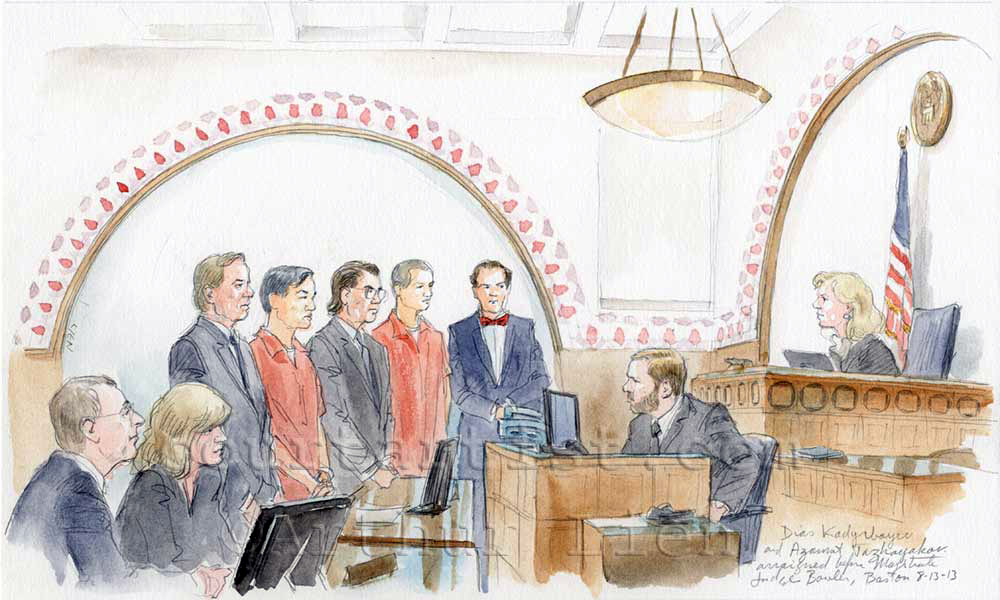 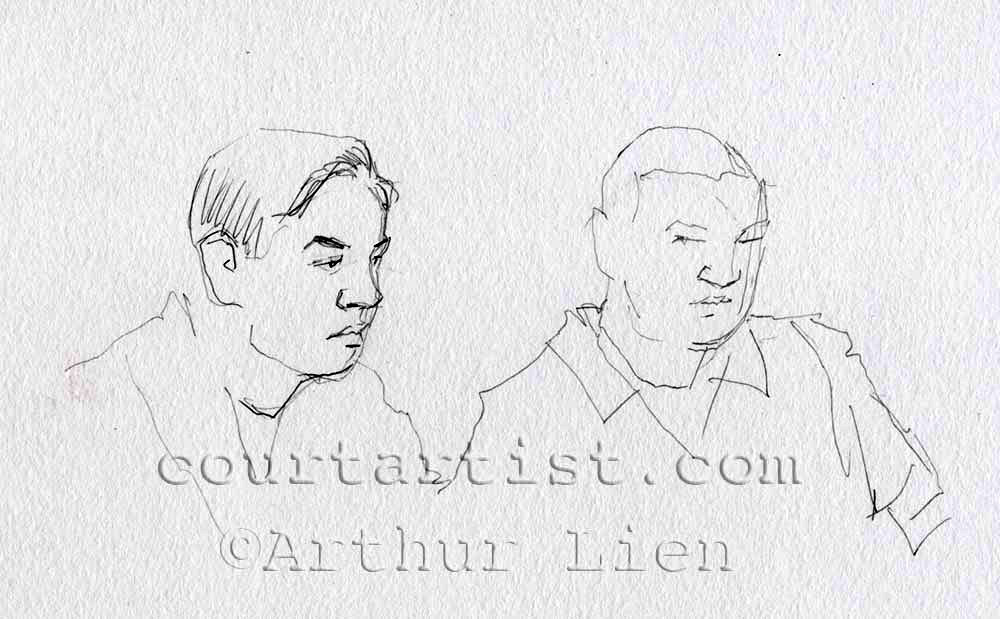 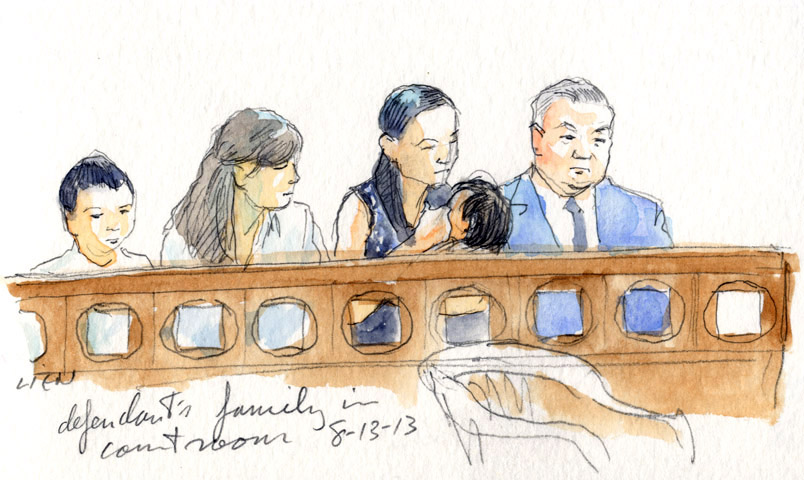 The two friends of Boston marathon bombing suspect Dzhokhar Tsarnaev who removed a backpack and laptop from his dorm room after seeing his picture broadcast were arraigned in federal court Tuesday.Dias Kadyrbayev and Azamat Tazhayakov are charged with obstruction of justice and conspiracy to obstruct. The entire proceedings took about five minutes, but fortunately there was time to get some sketches started before the defendants entered the courtroom. Tazhayakov’s family were seated in the front row with a toddler in tow who was exploring the strange surroundings. To calm the child down her mother began nursing. It was touching.