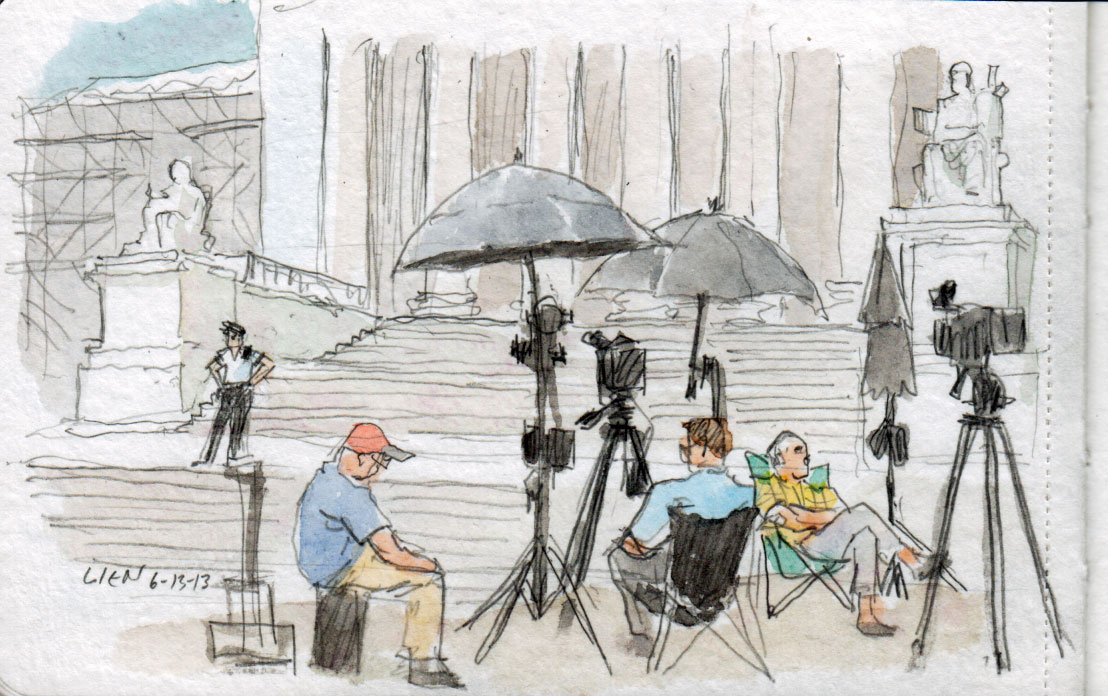 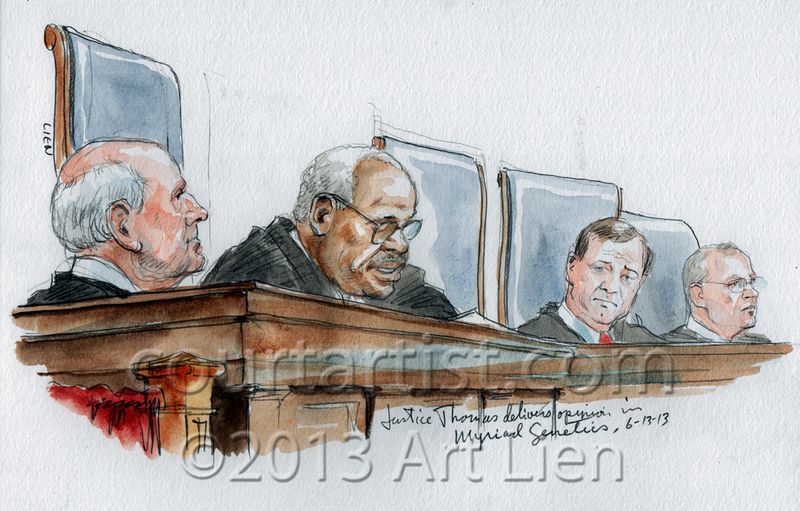 Camera crews set up by the Supreme Court plaza on a steamy morning with thunderstorms, and even a possible derecho, forecast. Also in the forecast was the possibility of a major decision in one of the remaining twenty-three cases argued earlier in the term.

The Court did not dissapoint the court-watchers, delivering a far reaching opinion on the patenting of natural genes. In his opinion for the Court in Association for Molecular Pathology v. Myriad Genetics Justice Thomas said, “Myriad did not create anything.” However the Court also found that a synthetic version of the gene created by Myriad was patentable.