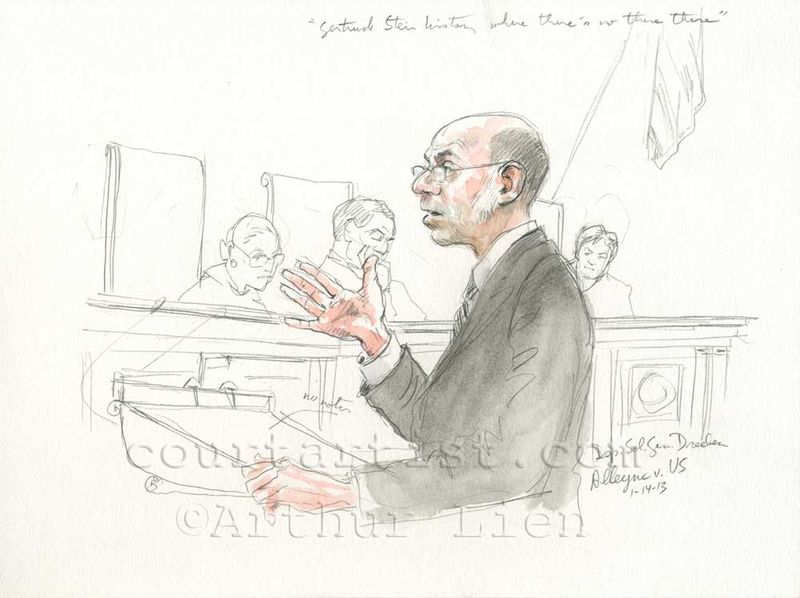 The first argument at the Supreme Court this morning, and what I expected would be the subject of this post, was a potentially historic case, Alleyne v. United States. But near the end of the second argument, as I was finishing my sketches of the first, an unfamiliar voice was heard from the bench. After nearly seven years of remaining silent during arguments Justice Thomas was speaking! 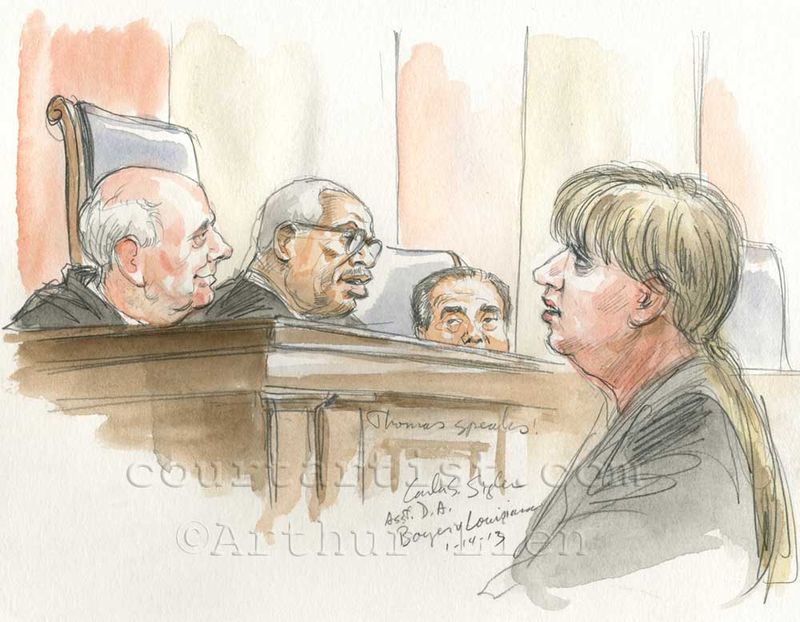 It wasn’t a question for the lawyer at the lectern, more of an aside. And what Thomas actually said is in dispute. Something about the competence of Yale or Harvard Law graduates?