A Story of Rage and Alcohol 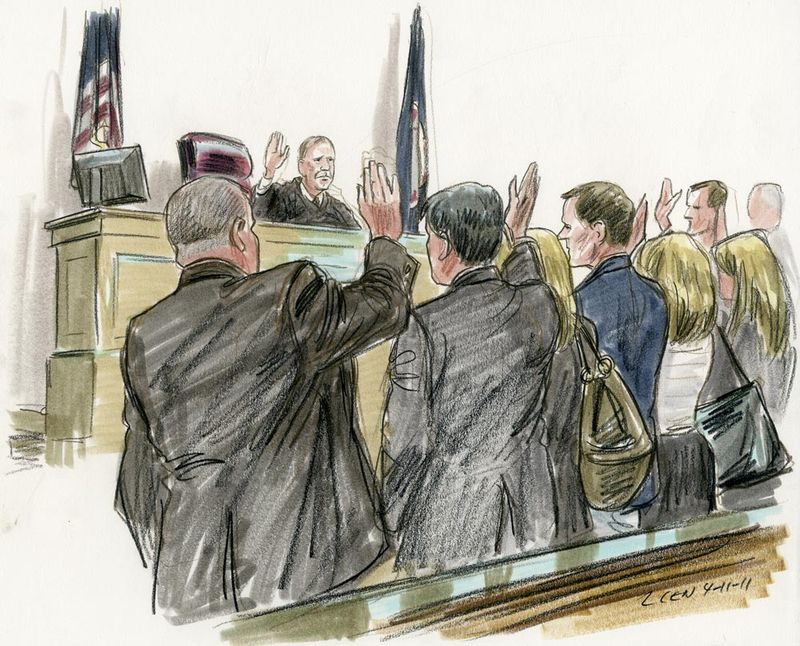 Over twenty witnesses were sworn in before a preliminary hearing in Charlottesville for University of Virginia student and lacrosse player George Huguely accused of murder in the death of Yeardley Love, another U.Va student and women’s lacrosse player with whom he had a relationship. 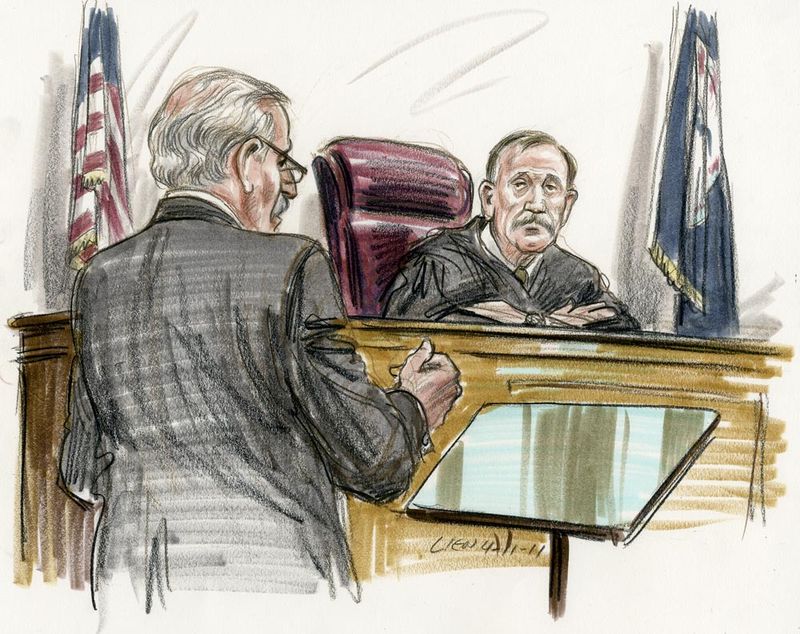 Defense attorney Francis Lawrence made an opening argument to General District Judge Robert H. Downer, Jr. that Yeardley Love’s death was unintentional.  He also told the judge that Huguely waived his right to appear at the hearing. 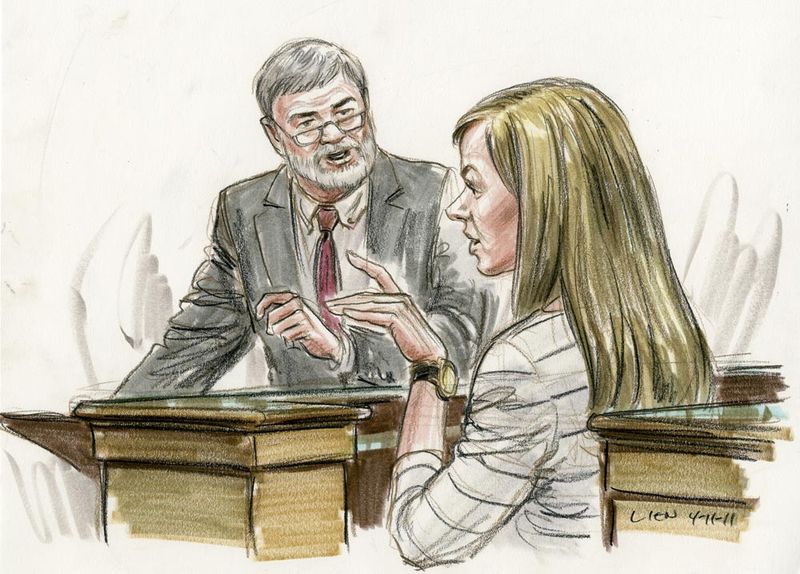 The first witness called by Commonwealth Attorney Dave Chapmann, sorority sister Caity Whiteley told how she and fellow U.Va student Phillipe Oudshoorn found Love’s body facedown in her dorm room around 2 a.m.  She also noticed that a hole had been punched through the bedroom door and that Yeardley’s pillow and sheets were stained with blood. 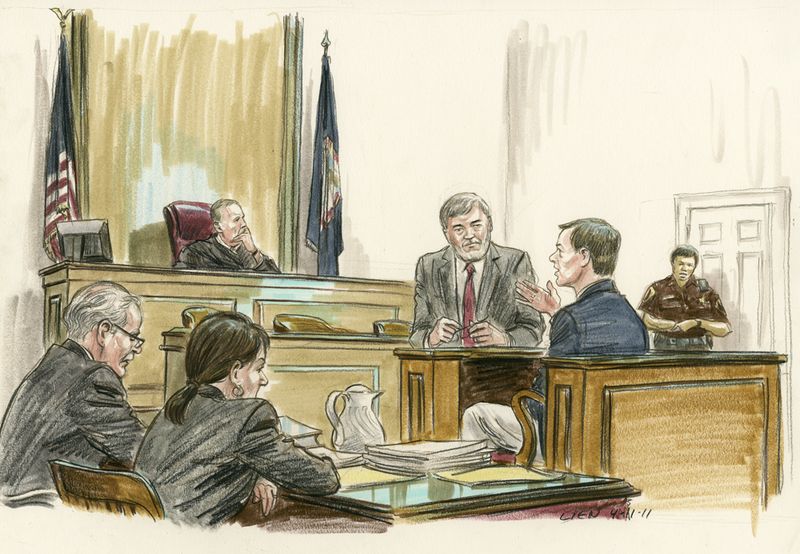 U.Va tennis athlete, Phillipe Oudshoorn, pictured on the witness stand above, called 911.  Other students testified that Huguely had started drinking early in the day at a father-son golf tournament and continued to get drunk until midnight.  There was also testimony that Love was unhappy in her relationship with Huguely and had sought to end it. 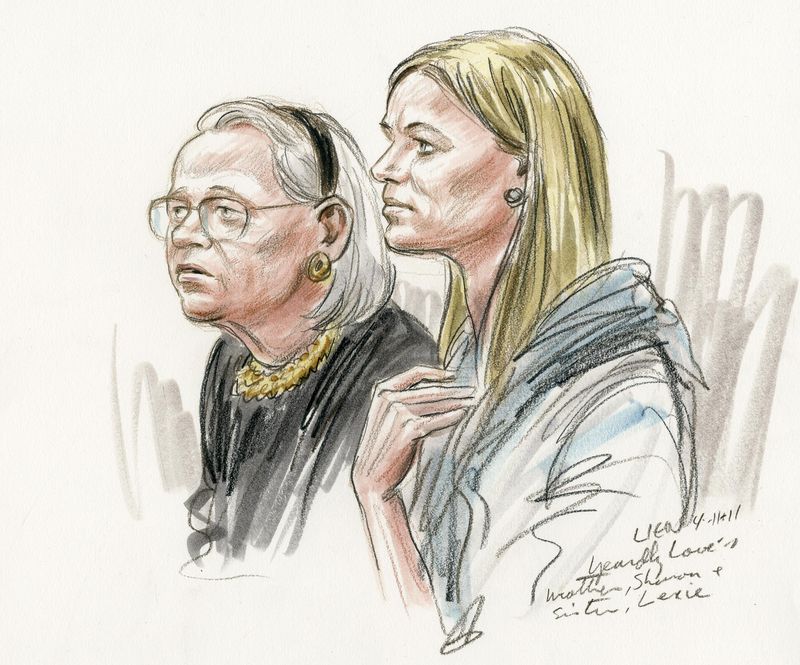 Yeardley’s mother and sister were among family and friends in the front row on one side of the courtroom. 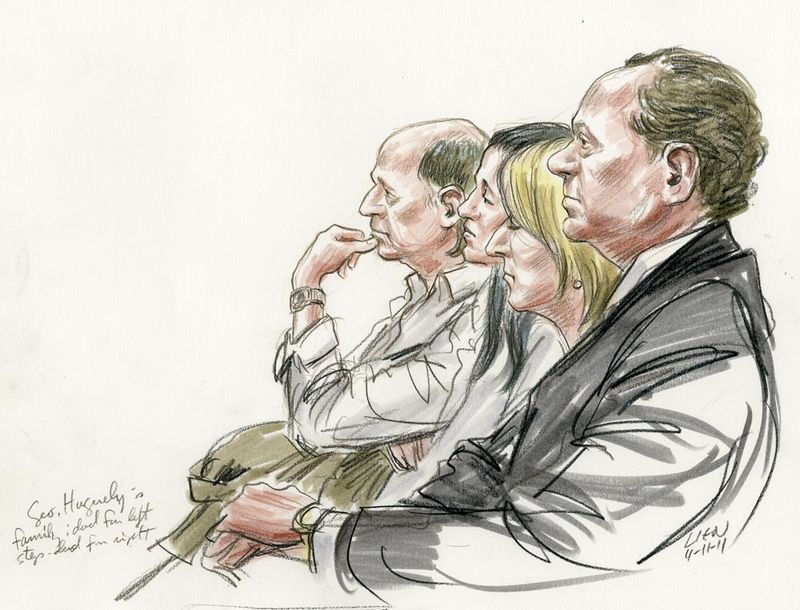 Huguely’s family sat on the other side.