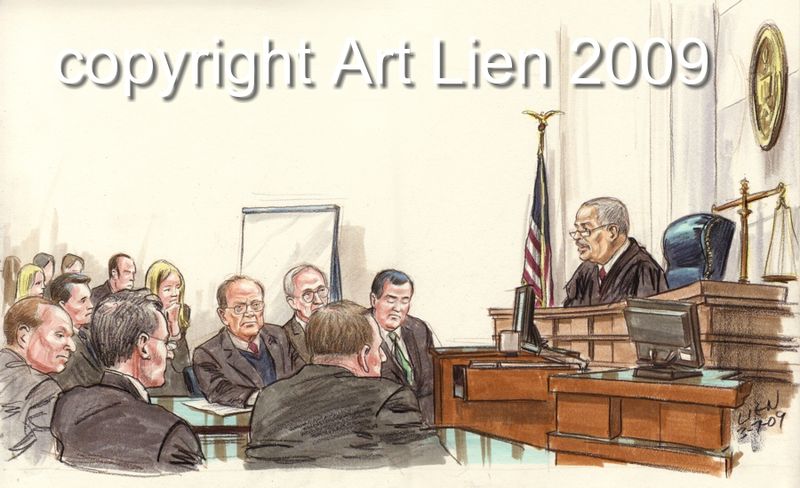 In a stunning about-face prosecutors in the trial of Sen. Ted Stevens found themselves subject to criminal contempt proceedings.  As he dismissed the indictment against the former Alaska senator, an outraged Judge Emmett Sullivan appointed a non-government lawyer, Janis, Schuelke & Wechsler partner Henry Schuelke III, to prosecute the prosecutors. Nightly News aired the story with sketches, but as usual some of the better drawings are never used. Here’s one of Stevens’ defense attorney Brendan Sullivan addressing the Judge at yesterday’s hearing. Ted Stevens is lightly sketched in the left background.