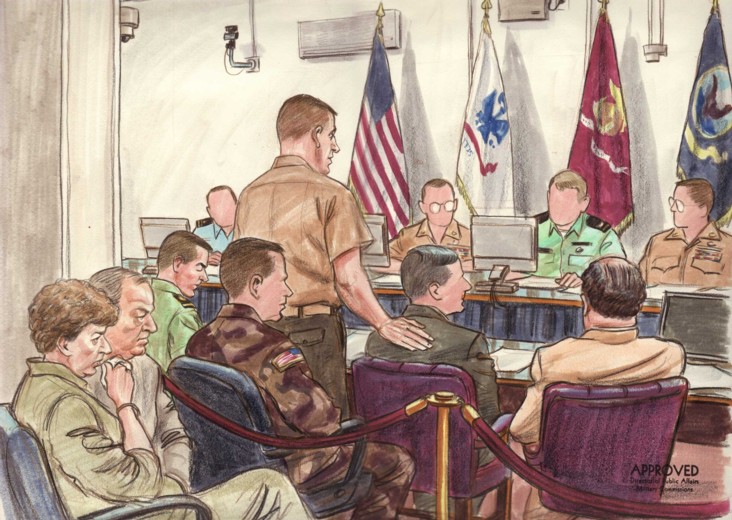 David Hicks, a 30 year-old Australian who has been detained at Guantanamo since 2002, last night pleaded guilty to one count of material support for terrorism.

The drawing is from his first appearance before the military commissions in August 2004. Hicks, seated, is flanked by his attorneys, military – Maj. Michael D. Mori with his hand on Hicks’ shoulder, and civilian. Hicks’ parents are in the left foreground.