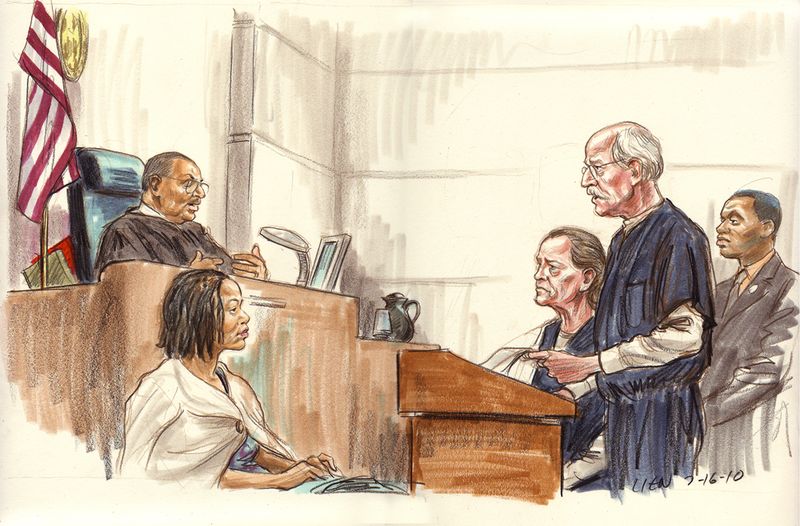 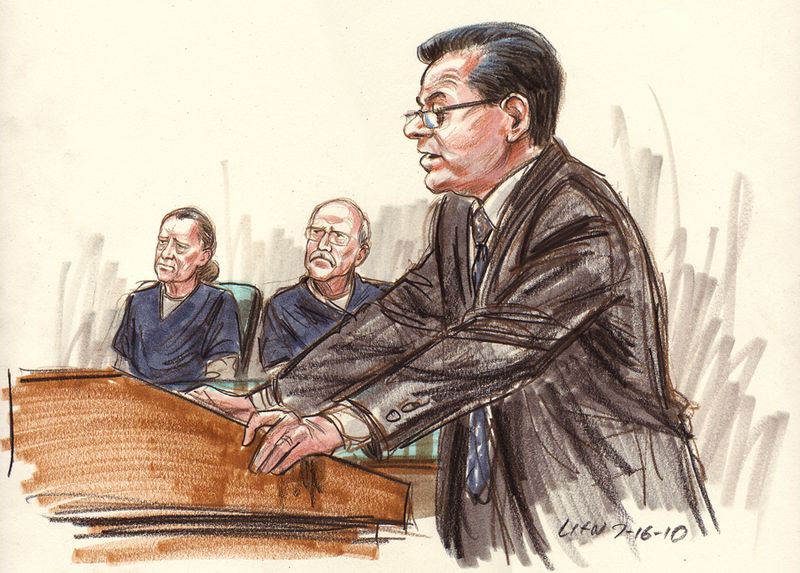 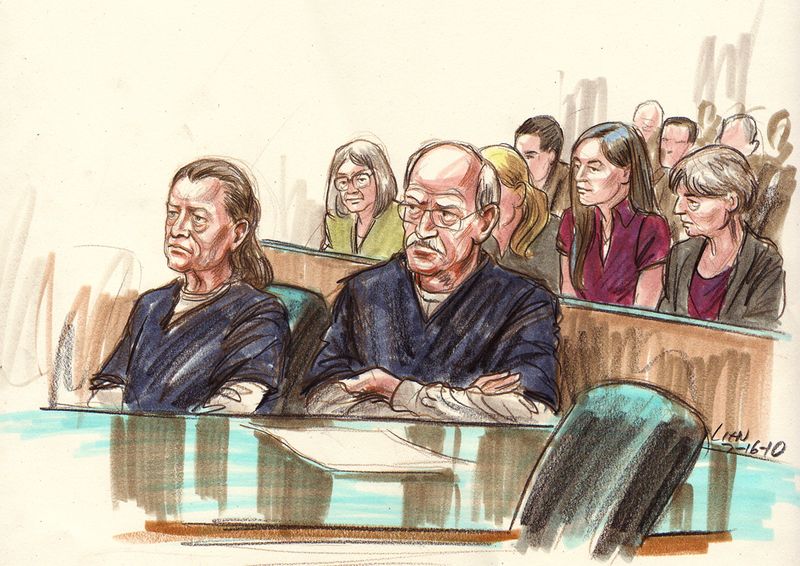 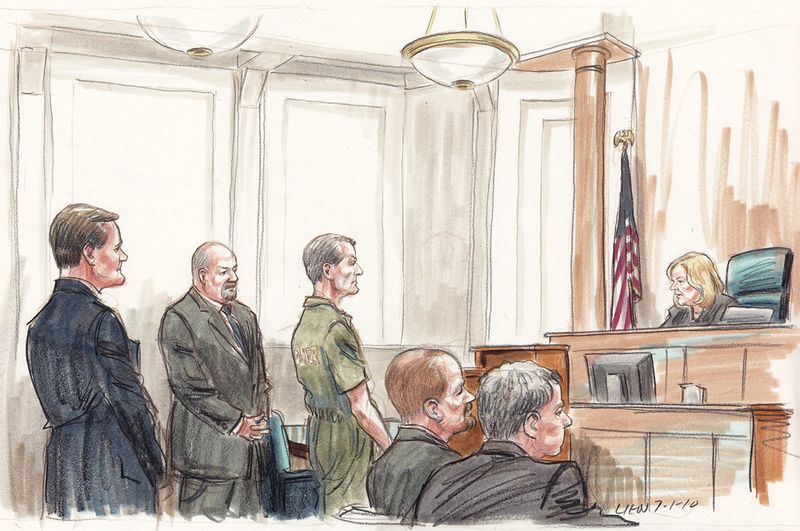 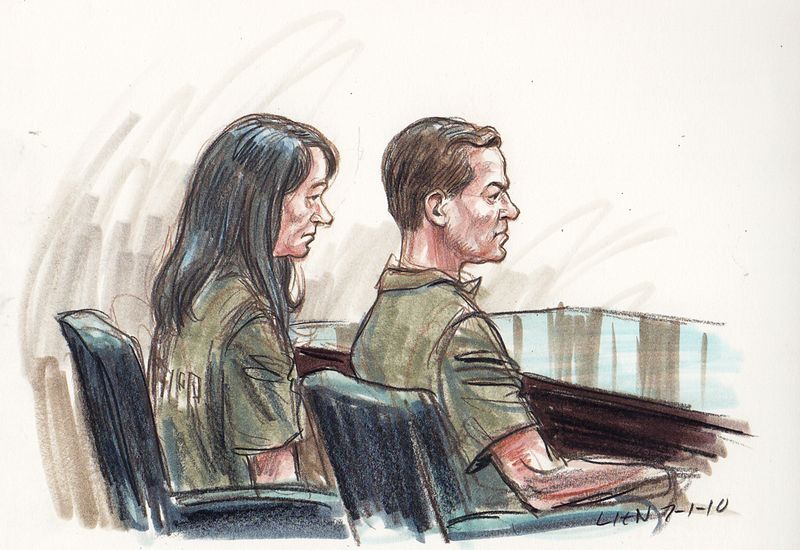 Spy Couple Back in Court 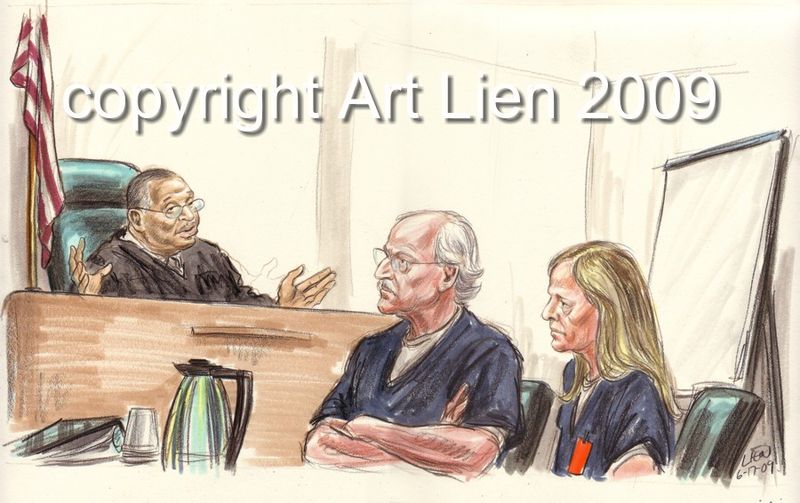 Kendall and Gwendolyn Myers, charged with spying for Cuba over 30 years, were back in court Wednesday for a hearing before Judge Reggie Walton.  They waived their right to a speedy trial, and said they wanted the same lawyers to represent each of them.

Couple Charged with Spying for Cuba 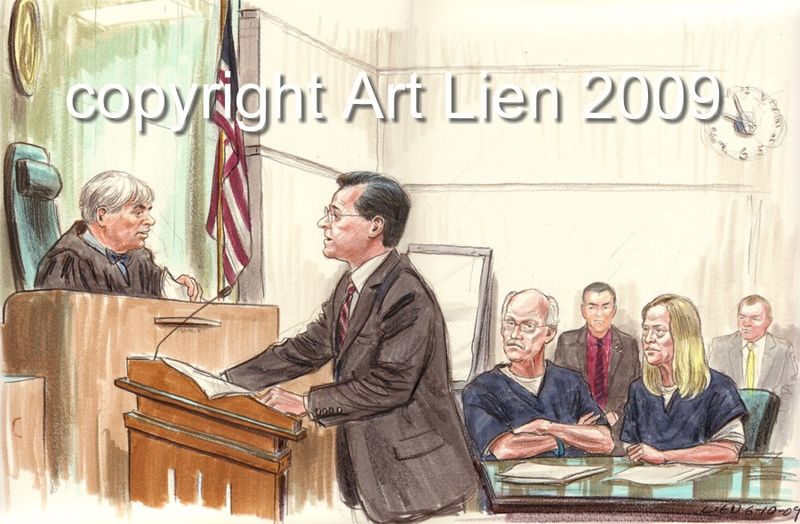 A retired State Department analyst and his wife were denied release at a detention hearing today following their arrest last week on charges related to serving as illegal agents of the Cuban government.

Assistant U.S.Attorney Michael Harvey, pictured above at the podium (and looking a lot like Steven Colbert), told Judge Facciola that Kendall Myers and his wife Gwendolyn were planning to sail their 37-foot yacht to the Caribbean in November, possibly to Cuba.

“This escape plan, Your Honor, is no pipe dream,” he said.
Kendall Myers smiled.

Myers also taught at the Johns Hopkins School of Advanced International Studies and one of his former students has written about that here.