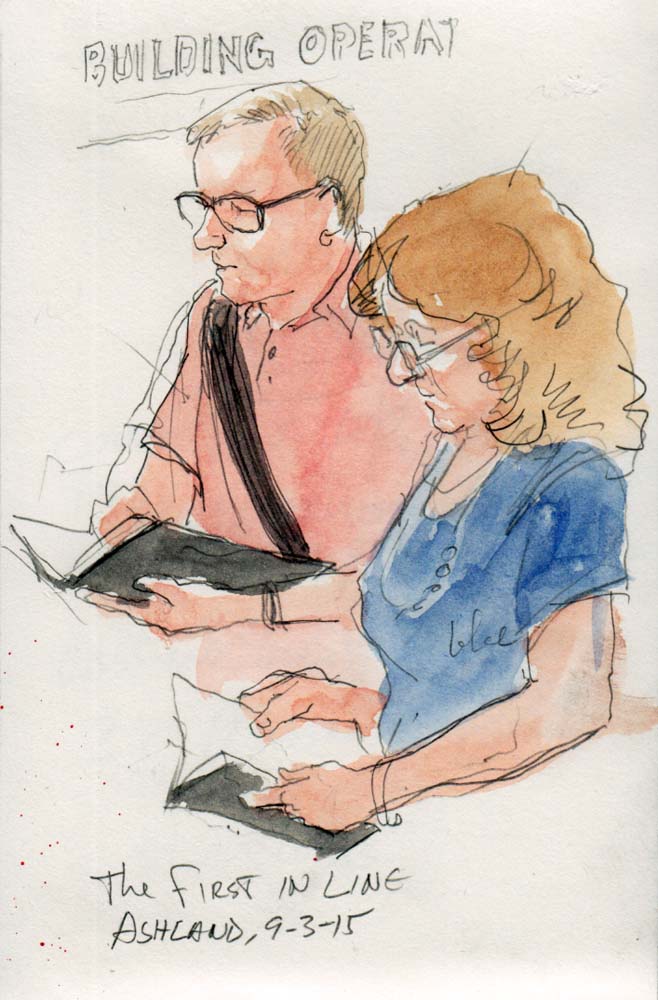 There weren’t many people at the federal courthouse in Ashland, KY when I arrived this morning around seven o’clock.This couple had been there since before five. 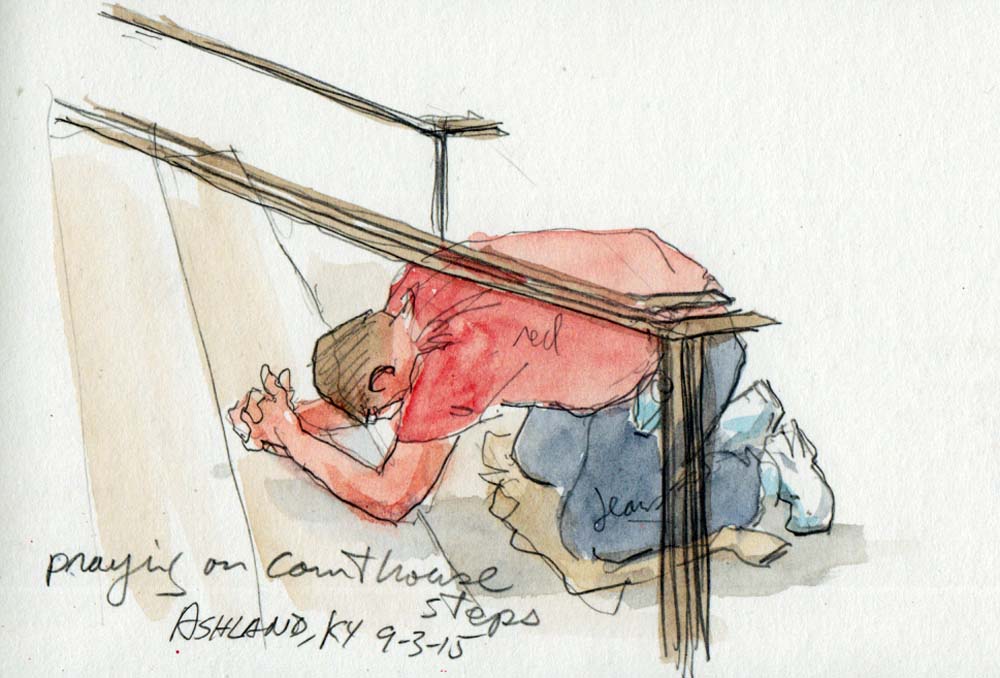 Those opposed to same-sex marriage stood on the left with their signs, while on the right stood the supporters of marriage equality. In the middle stood a young man in a Jesus t-shirt who appeared to be praying the whole time, sometimes standing, sometimes kneeling on the courthouse steps. 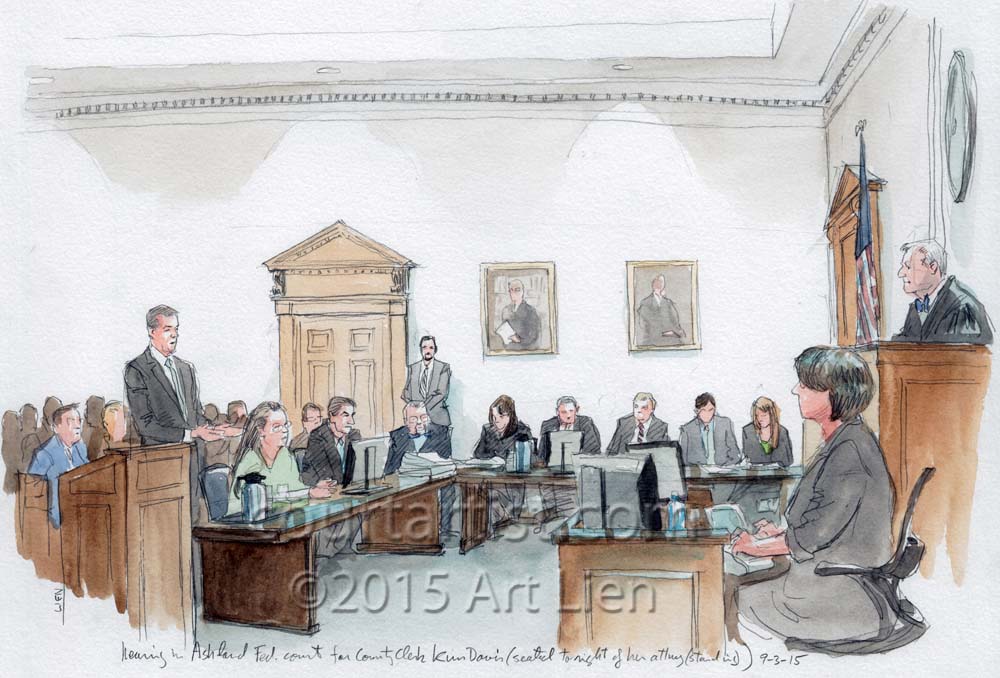 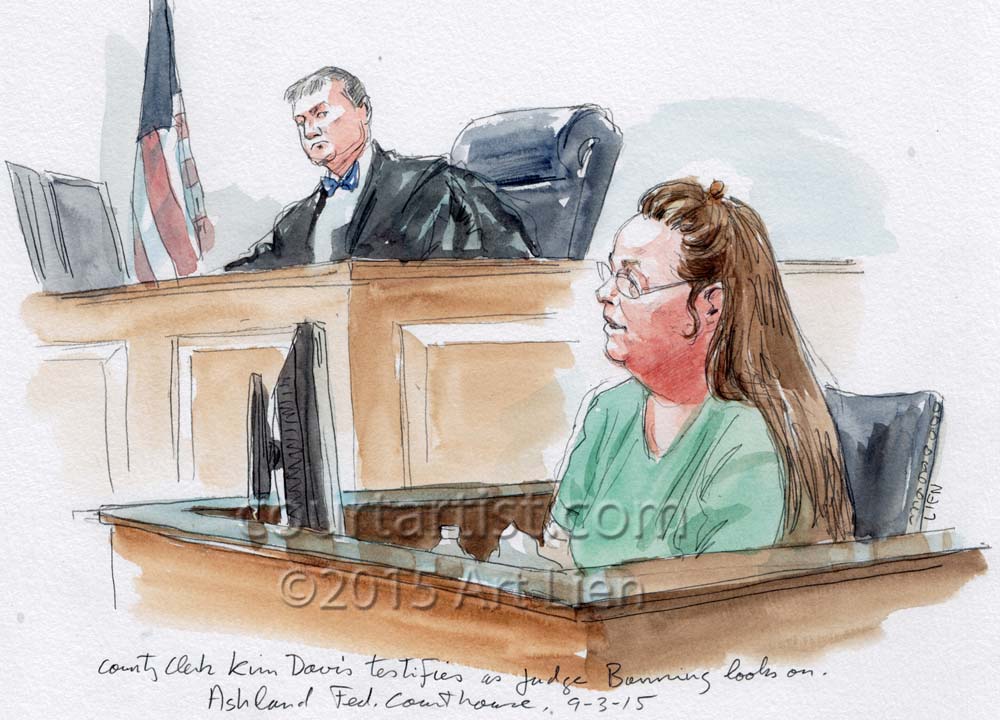 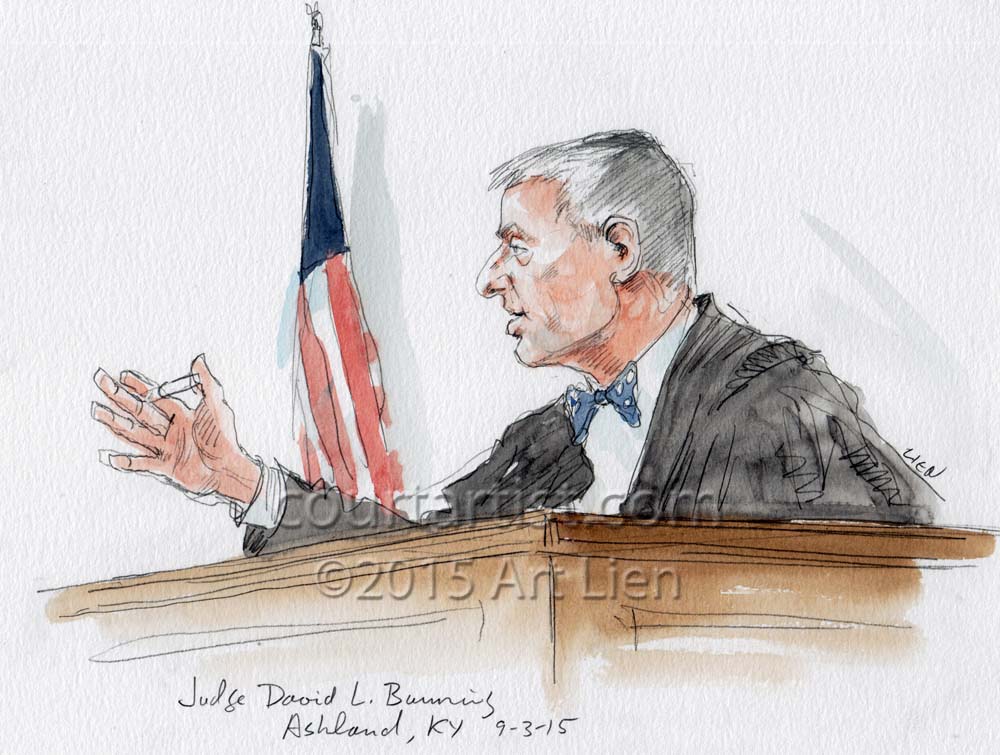 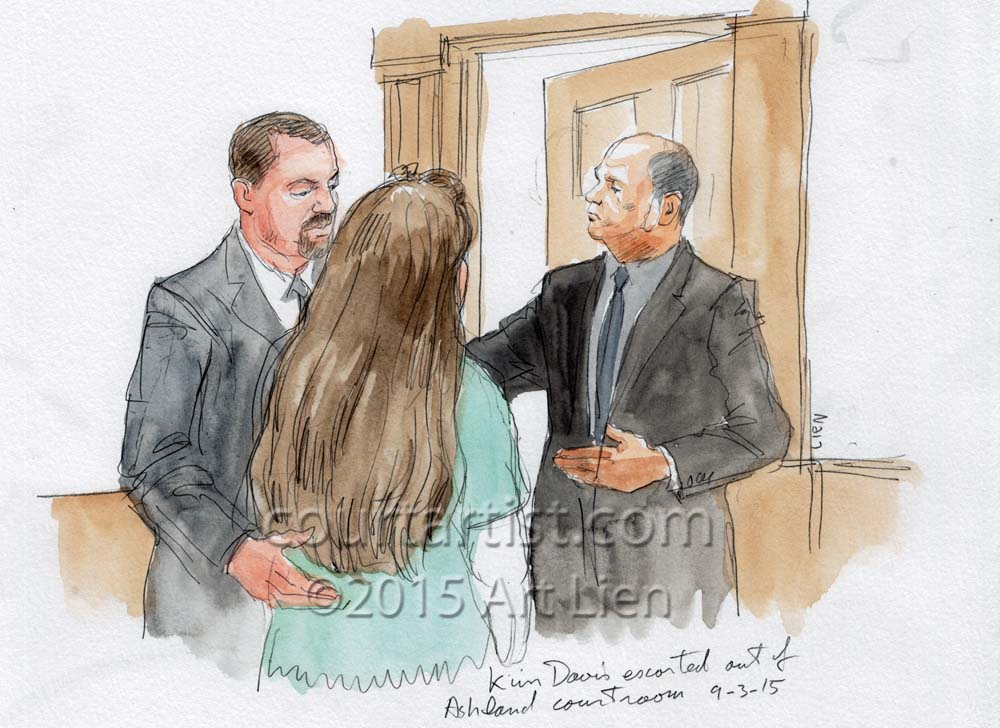 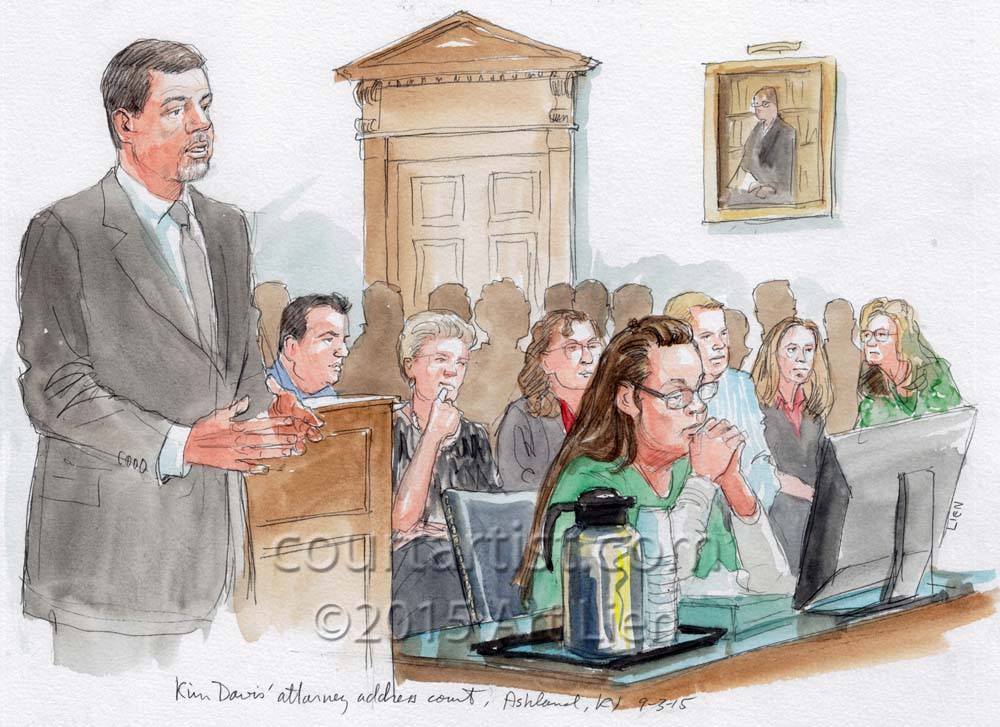 The occasion was a contempt of court hearing for Rowan County Clerk Kim Davis. Defying a judge’s order, Davis has refuse to issue any marriage licenses because of her personal belief that gay marriage violates God’s law.After hearing testimony from Davis and from a witness for the plaintiffs Judge David L. Bunning ordered Davis jailed for contempt. U.S. Marshals ushered her out of the courtroom.The judge then heard from several of Davis’ deputies, asking them if they were willing to issue marriage licenses in her absence. All but one, Kim Davis’ son, said they were. The sketch below shows some of those Rowan County deputy clerks sitting behind Ms Davis as her lawyer, Roger Gannan, addresses the court.Later in the afternoon it looked like there might be a deal in the works to free Kim Davis. The judge ordered her brought back to the courtroom and it was expected he might let Davis go if she agreed to stand aside and allow her deputies to issue the licenses. But her attorney told the judge that she was unwilling to budge from her position and she was not brought into the courtroom after all.