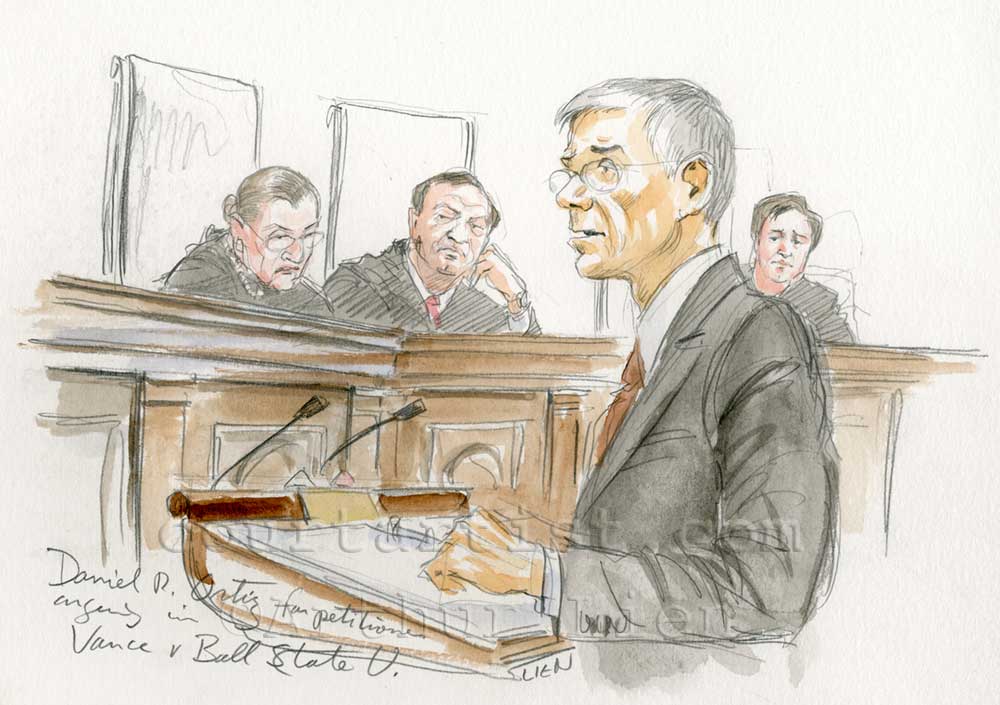 One thing a sketch artist at the Supreme Court needs to look for is whether Justice Ginsburg is wearing a jabot or one of her increasingly large doilies around her neck. Today, for the first time I can recall, she wore neither. She appeared to be wearing a sparkly necklace of dark crystals. I couldn’t quite make it out.

The above sketch is from the Title VII case argued today, Vance v. Ball State University. 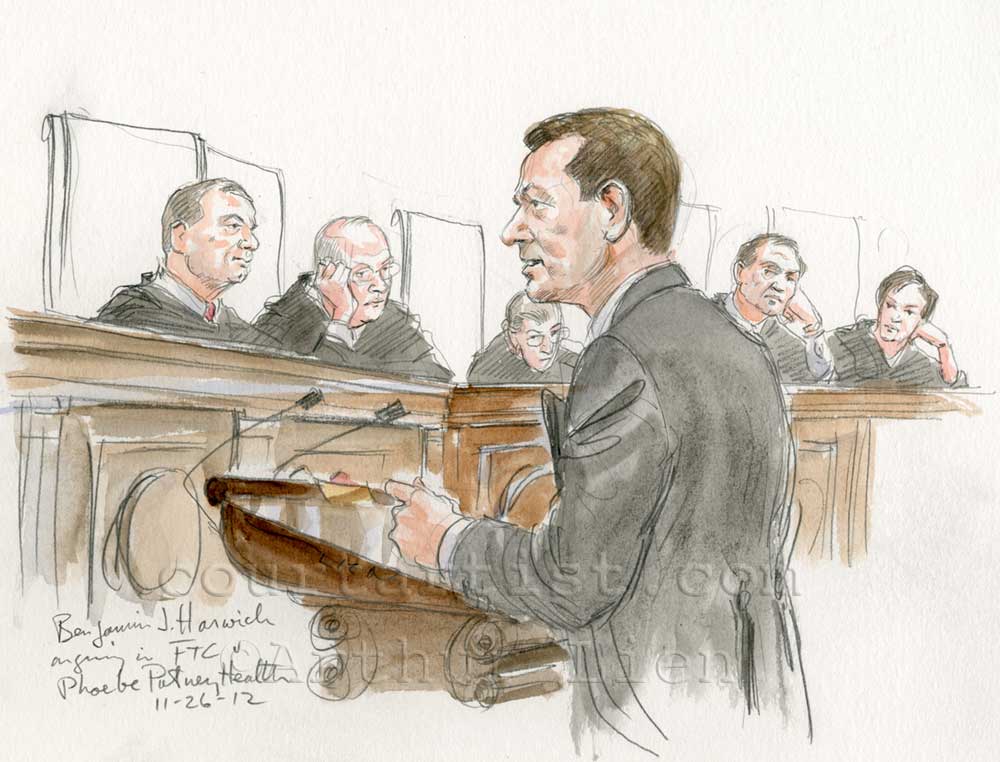 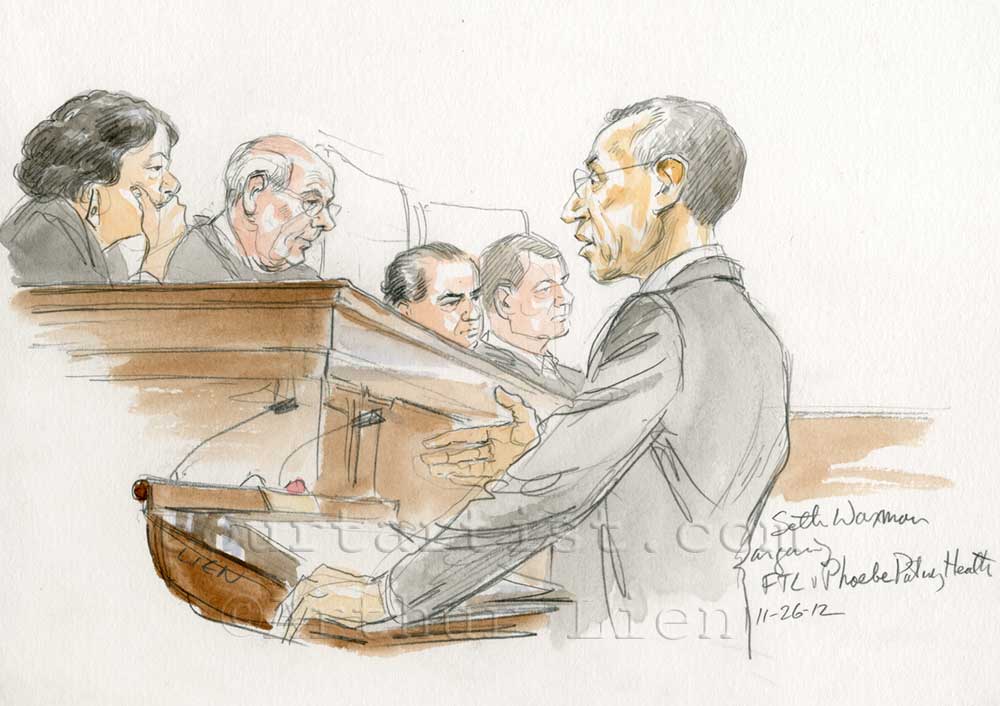