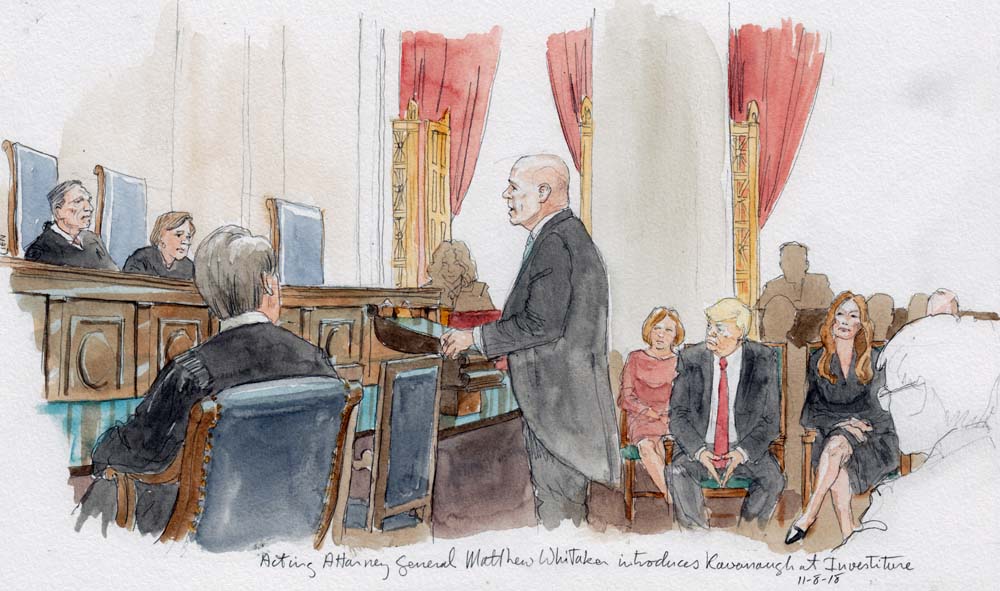 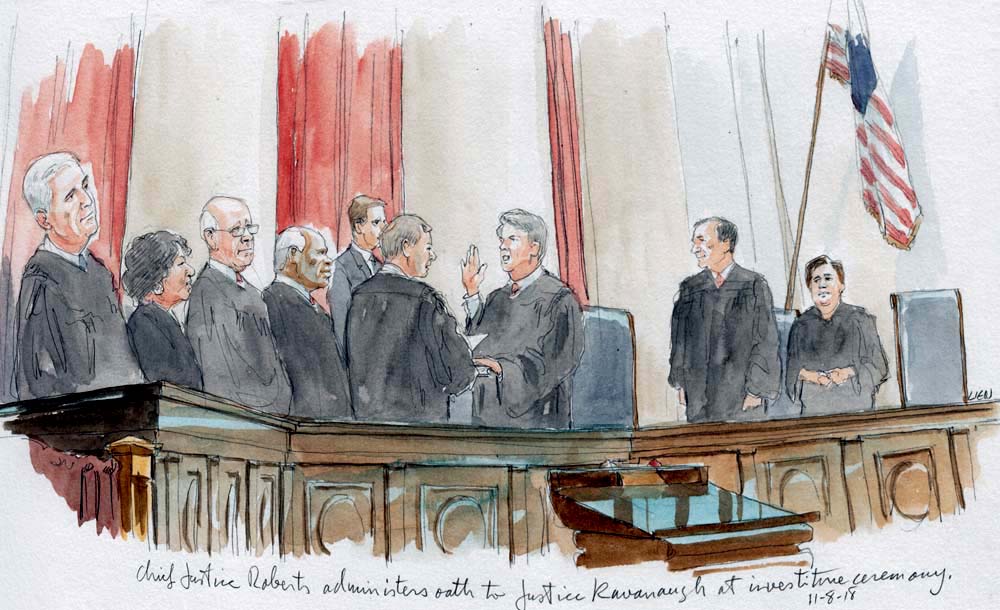 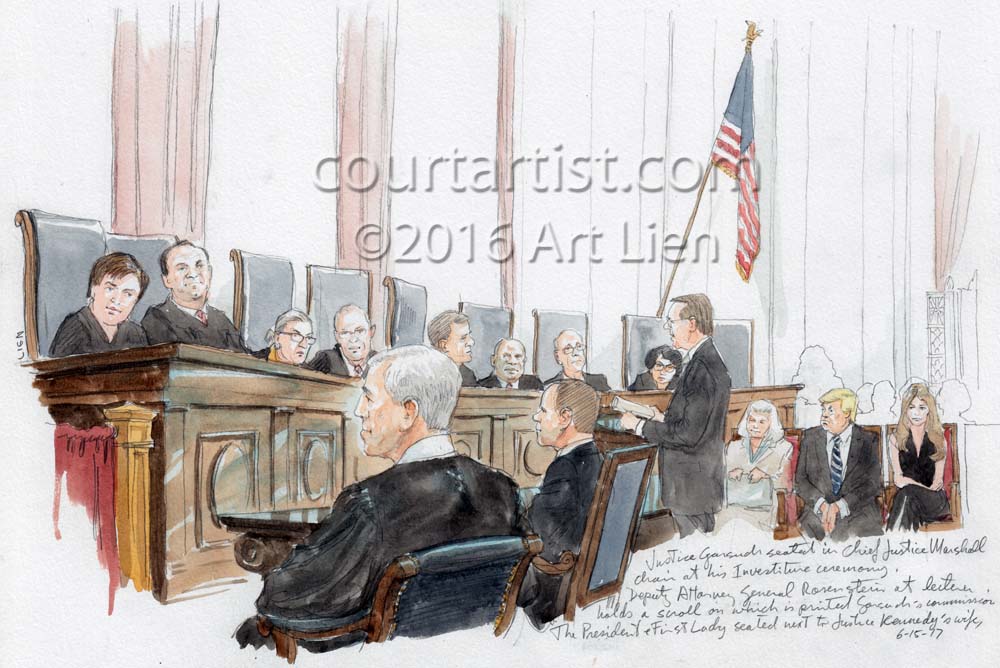 My sketch of Justice Gorsuch’s investiture ceremony at the Supreme Court yesterday. President Trump and first lady Melania attended, seated between Justice Kennedy’s wife, Mary, and retired Justice Stevens (not shown). Also present but not shown in my sketch were several former Attorney Generals, members of the Senate Judiciary (but not Grassley), and the new justice’s wife and daughters.

Deputy Attorney General Rod Rosenstein is shown at the lectern holding a scroll, really a prop onto which were pasted the words of Gorsuch’s formal commission. 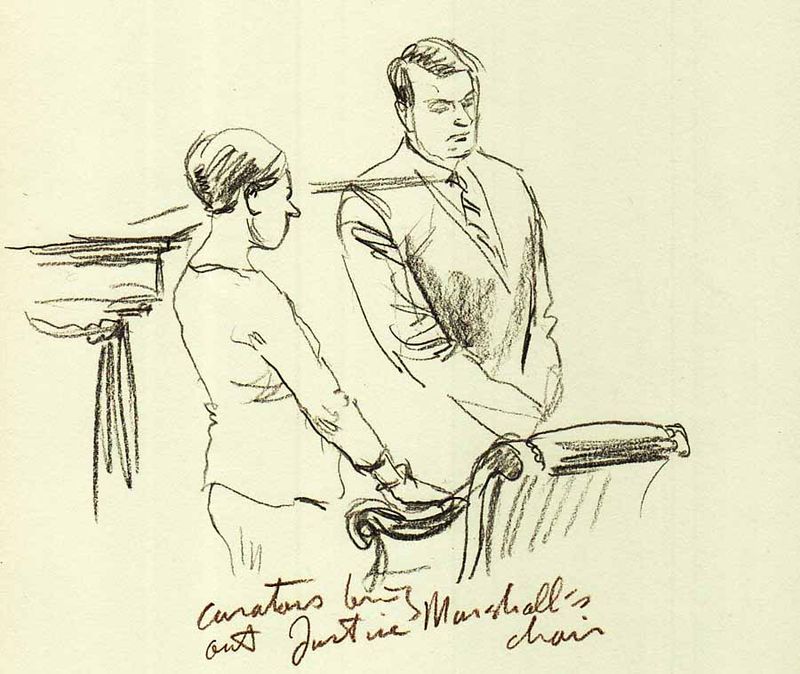 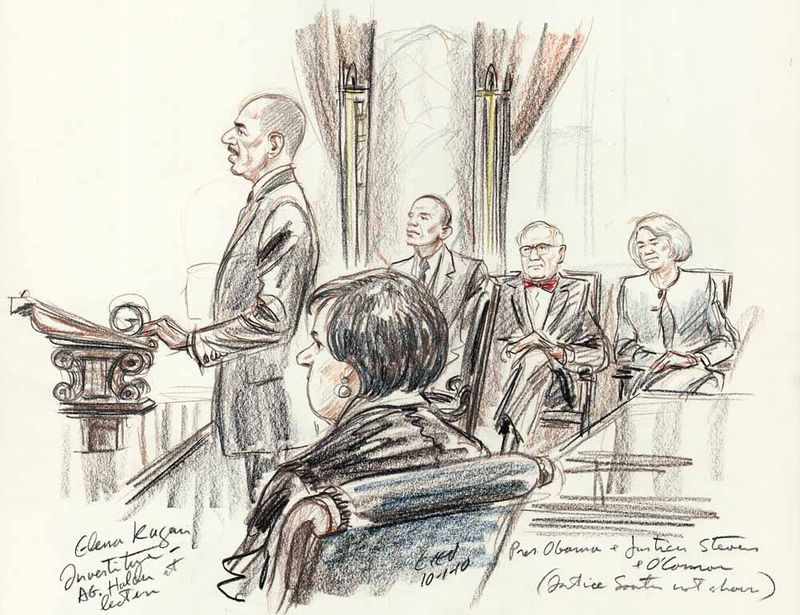 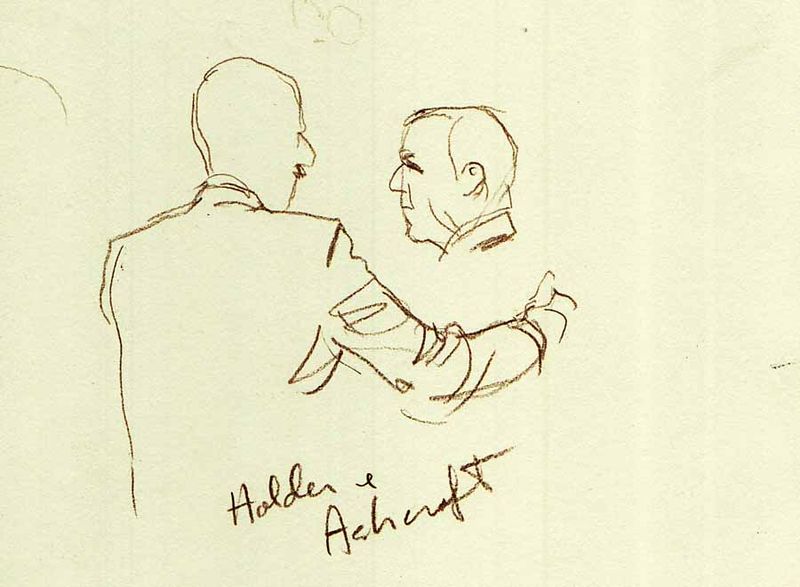