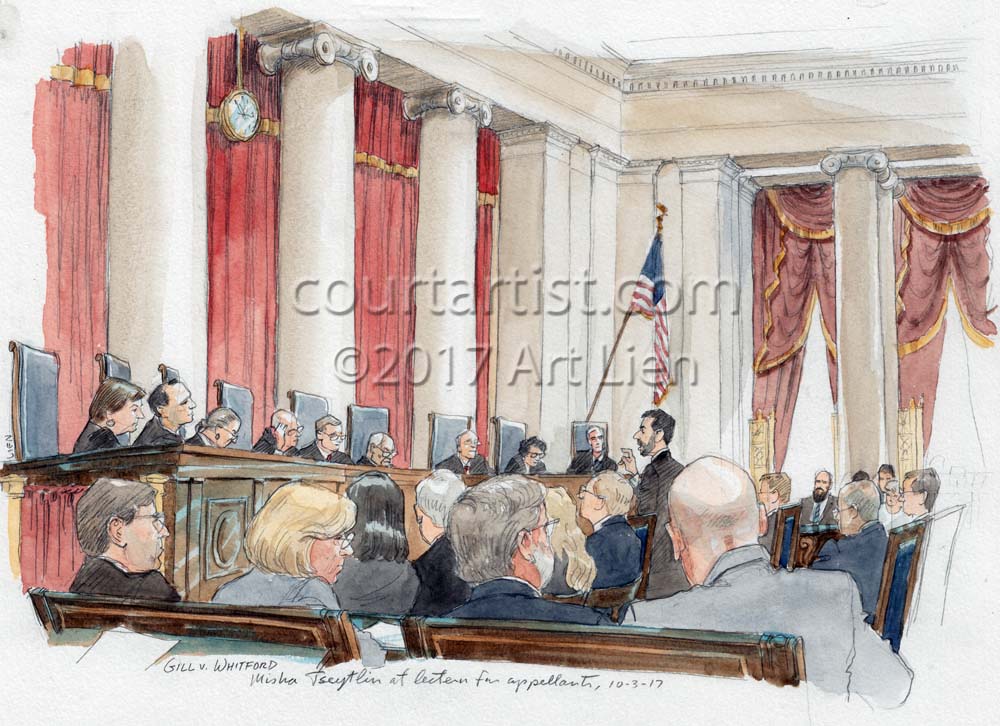 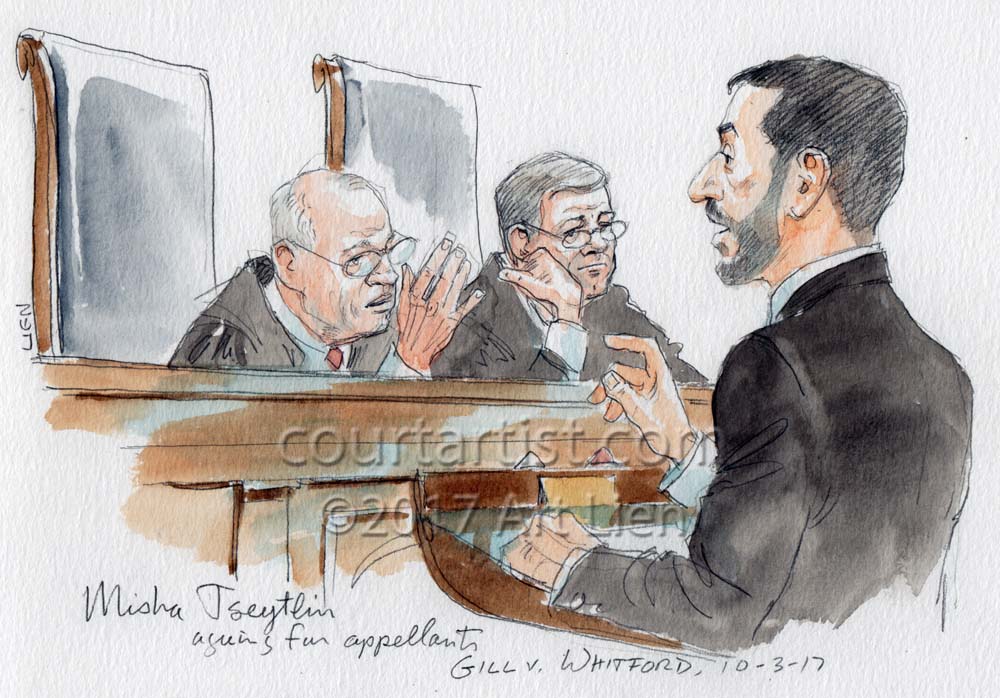 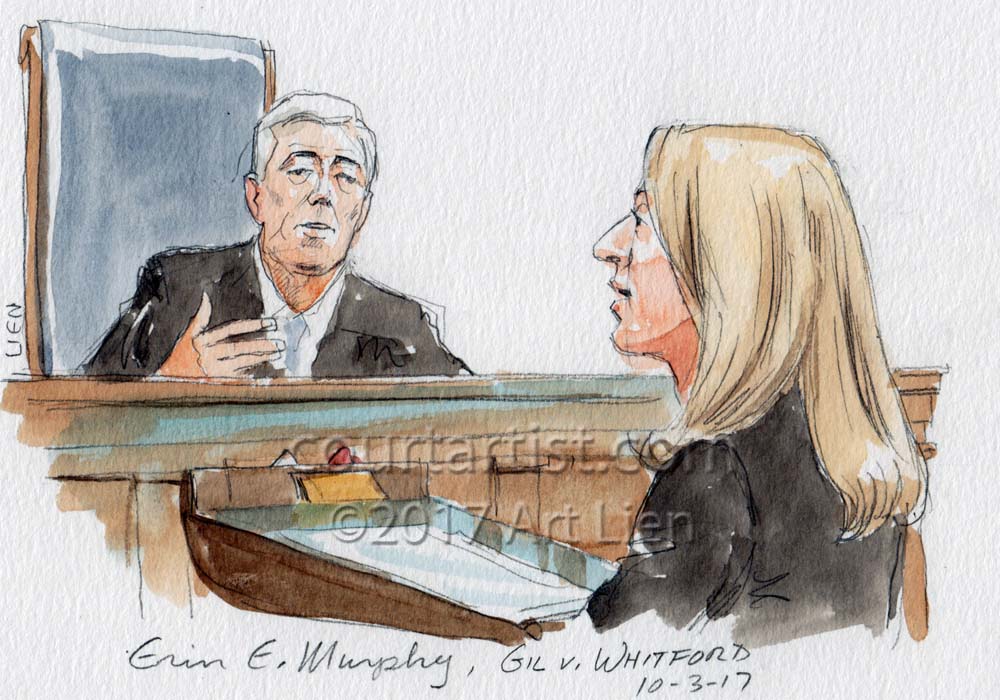 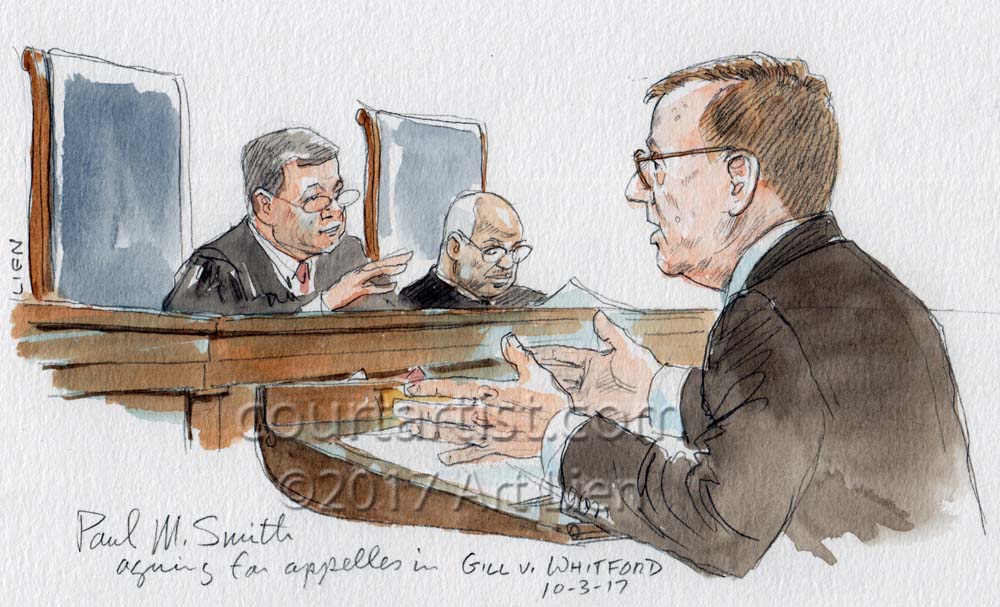 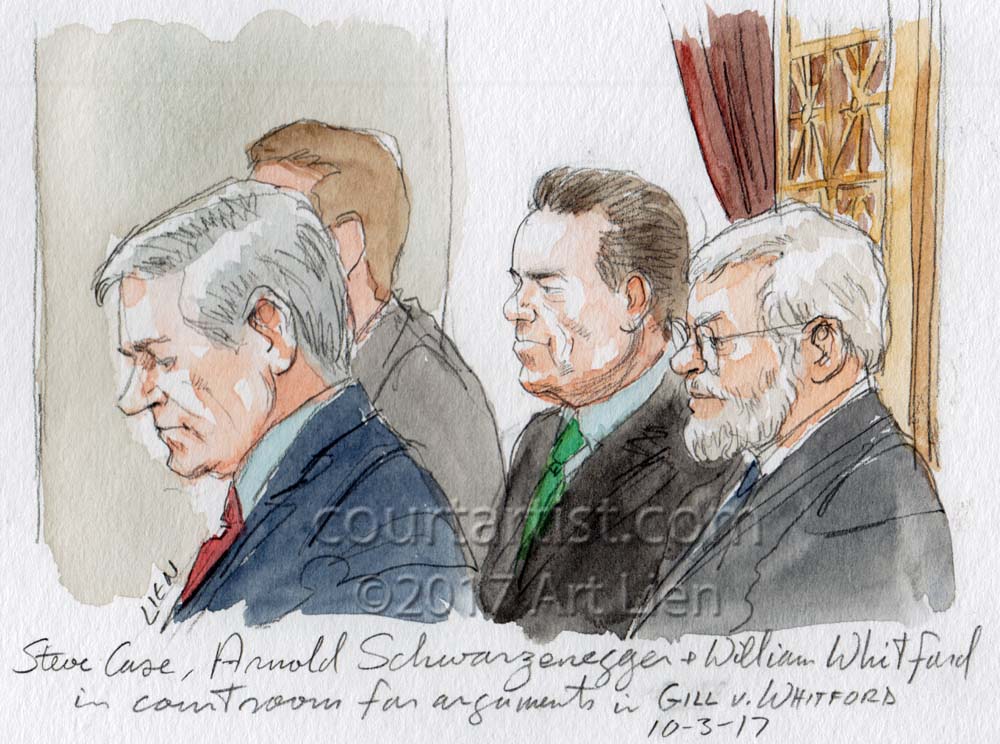 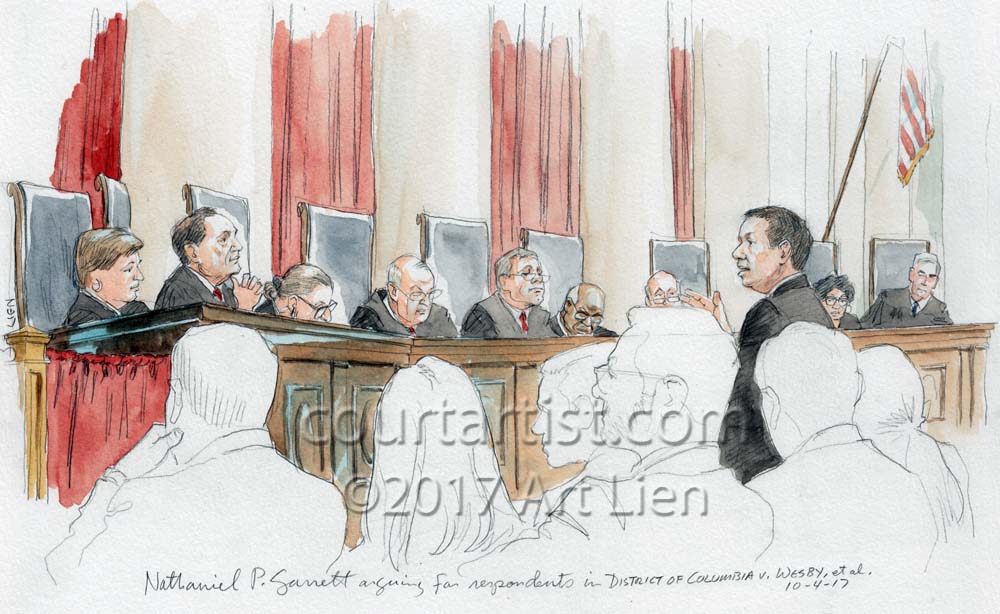 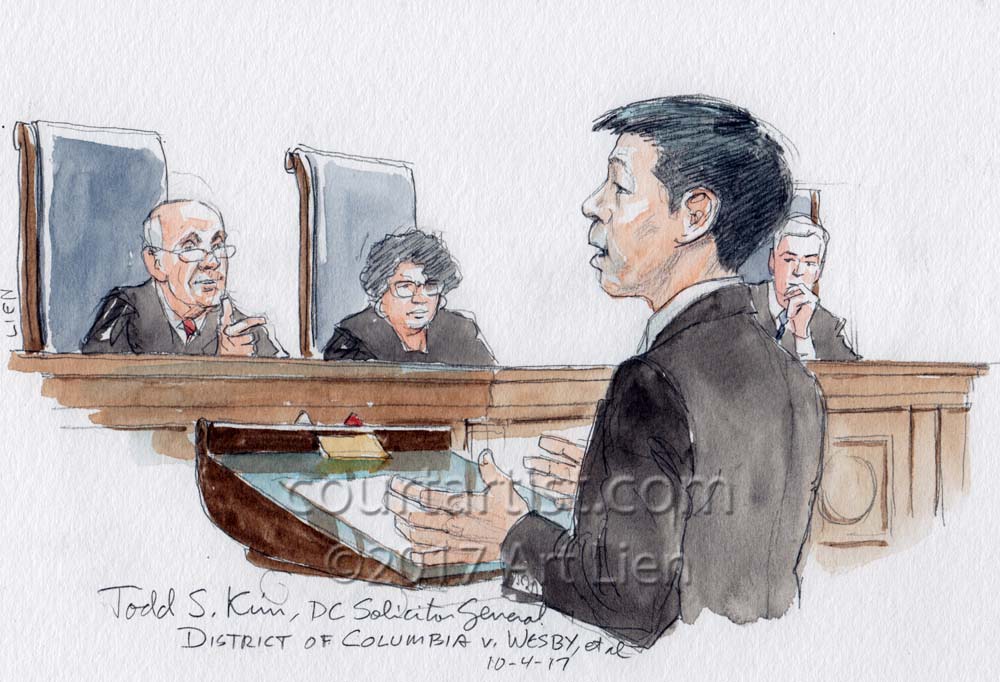 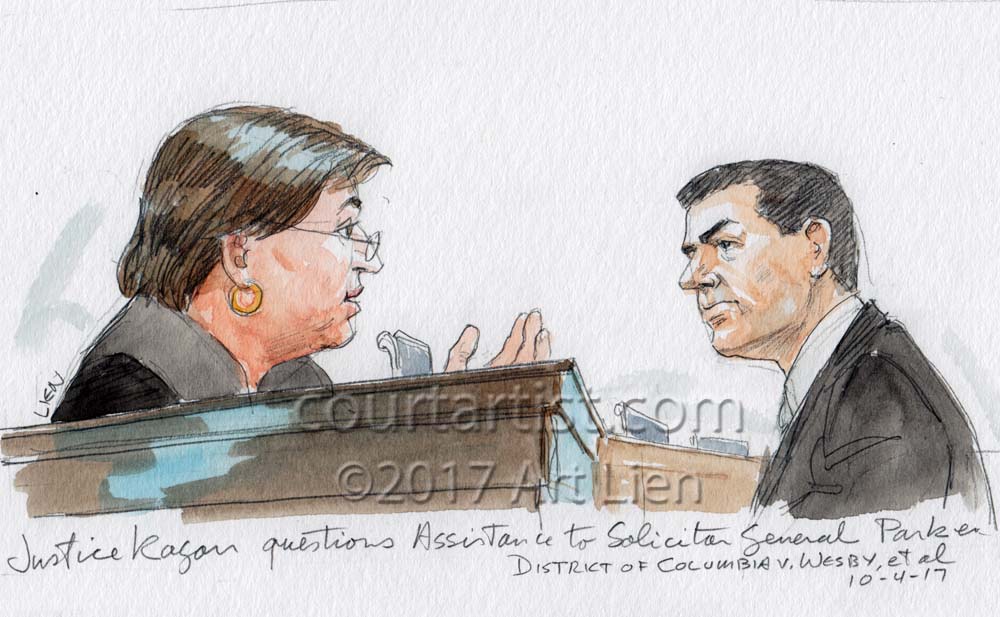 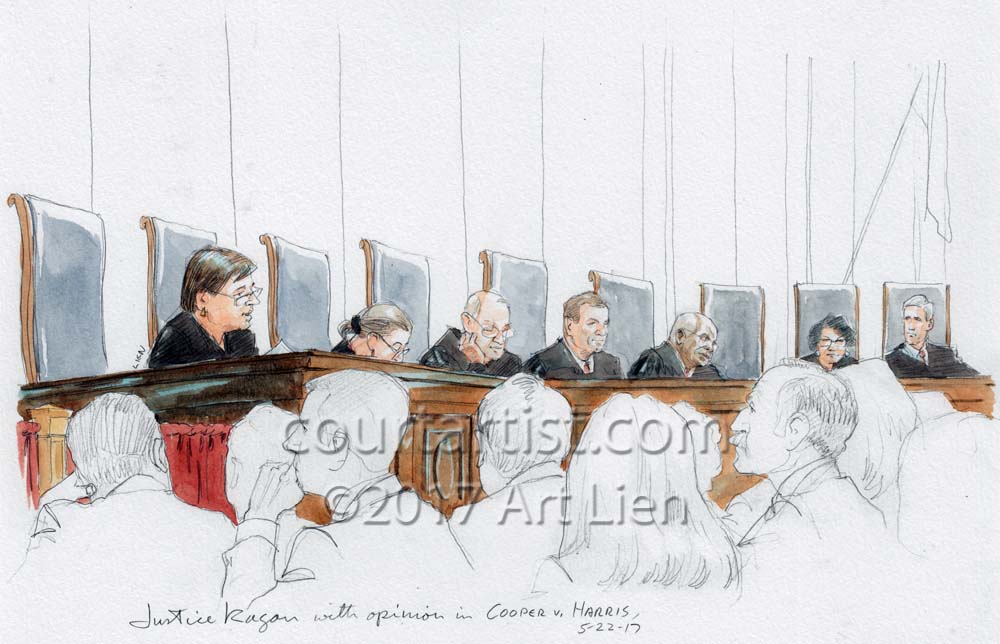 A little late posting this sketch from Monday of Justice Kagan announcing the opinion in Cooper v. Harris. Note that Justices Alito and Breyer were absent from the bench though they did take part in the decision. Justice Gorsuch (spell check keeps insisting on “Grouch”), who was on the bench, took no part.