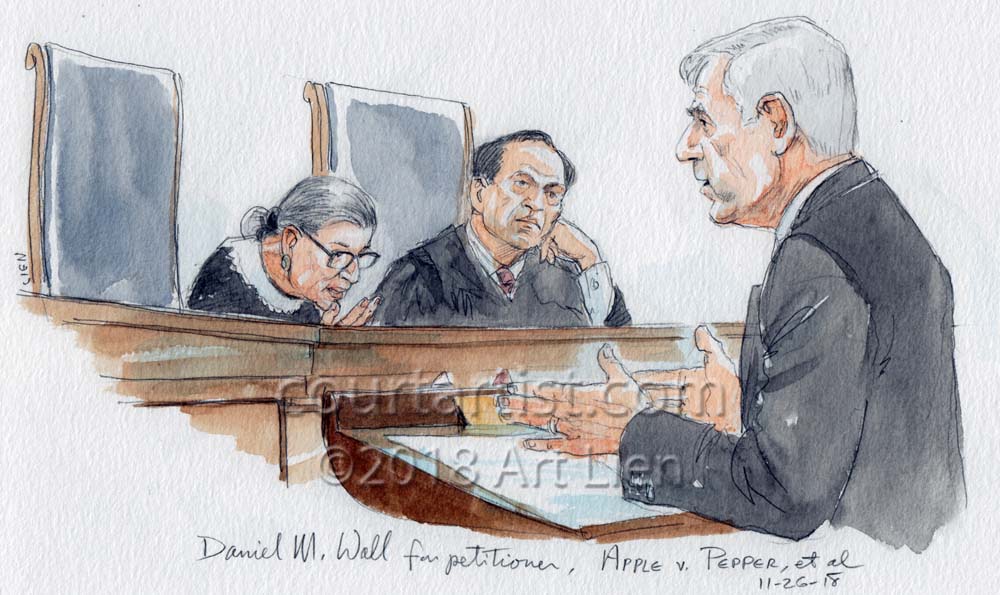 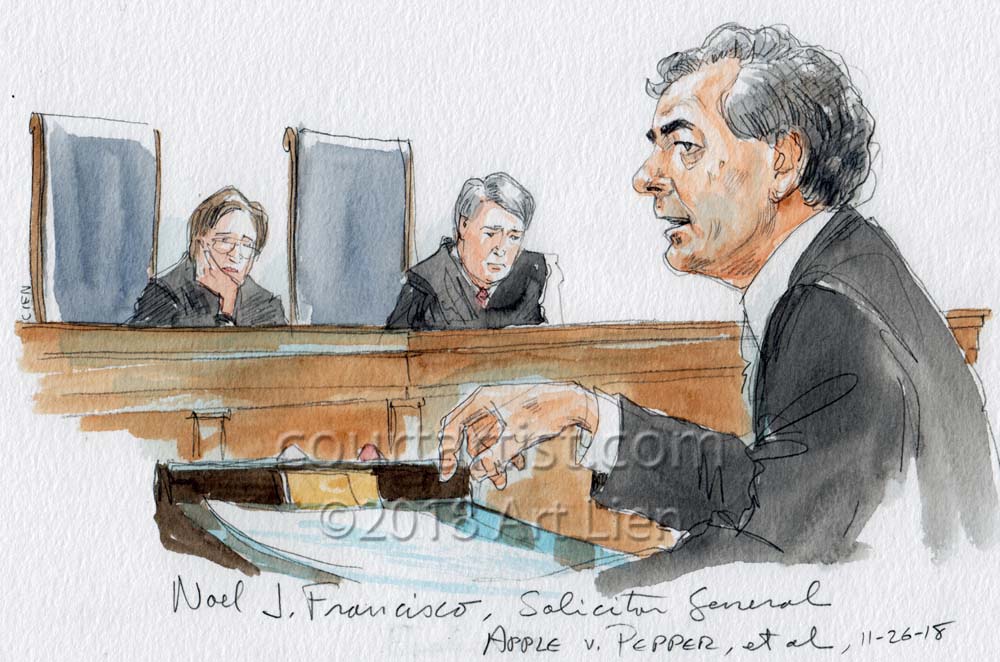 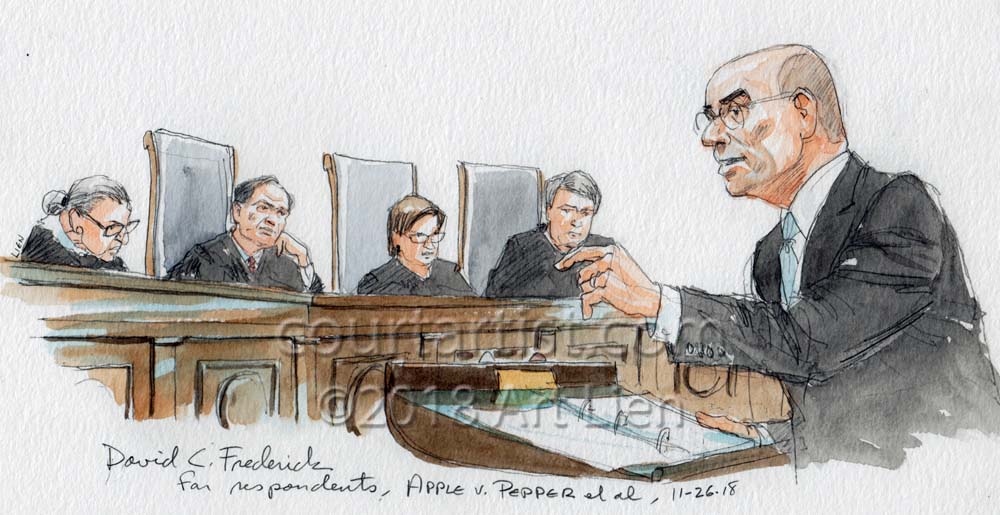 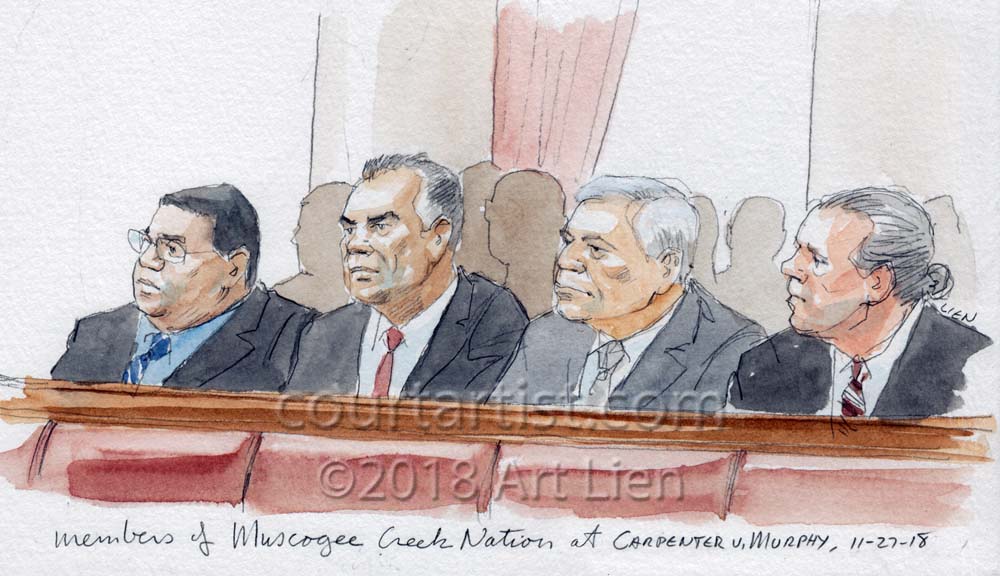 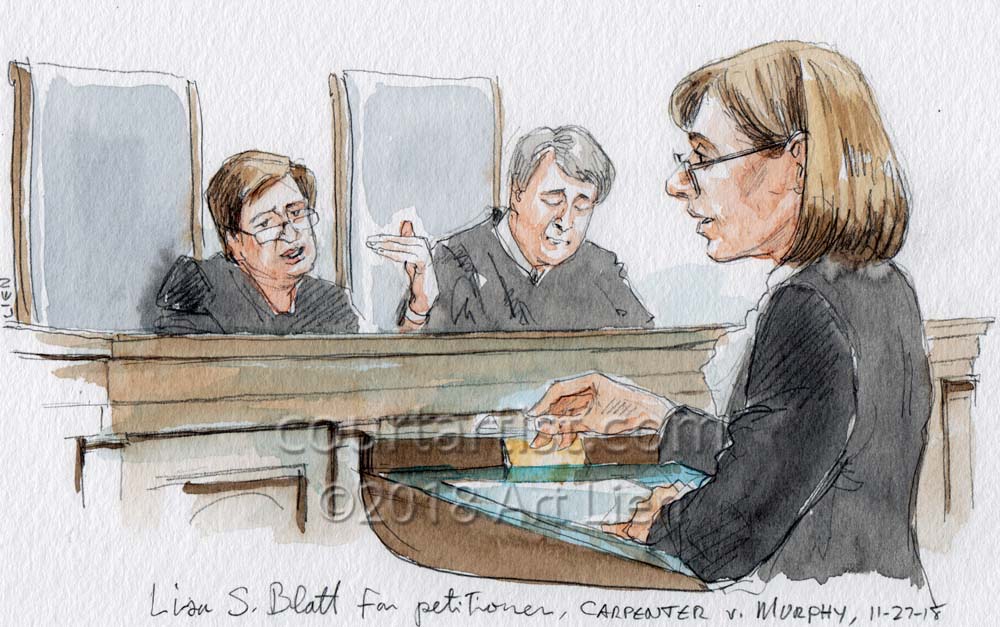 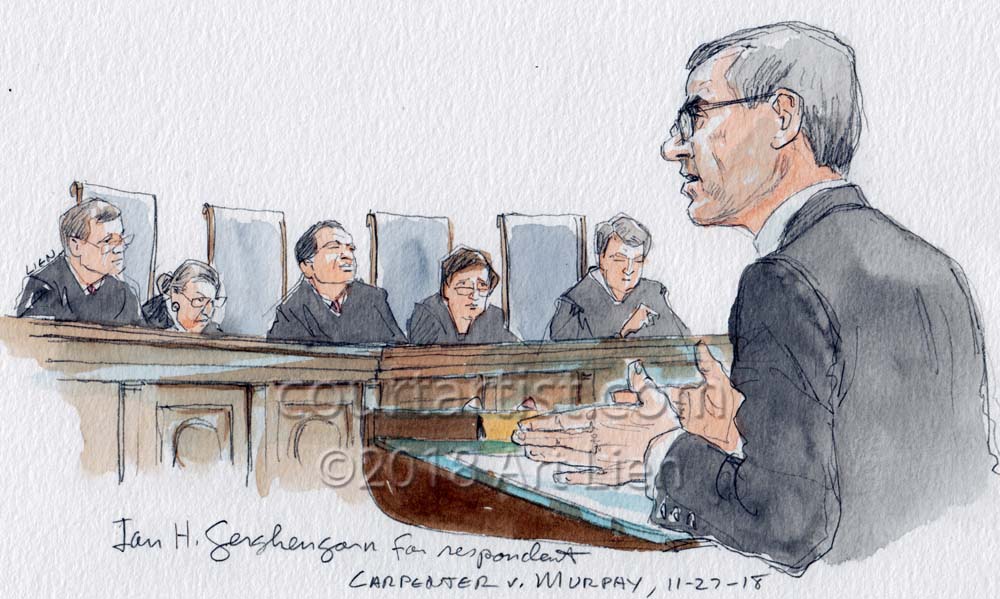 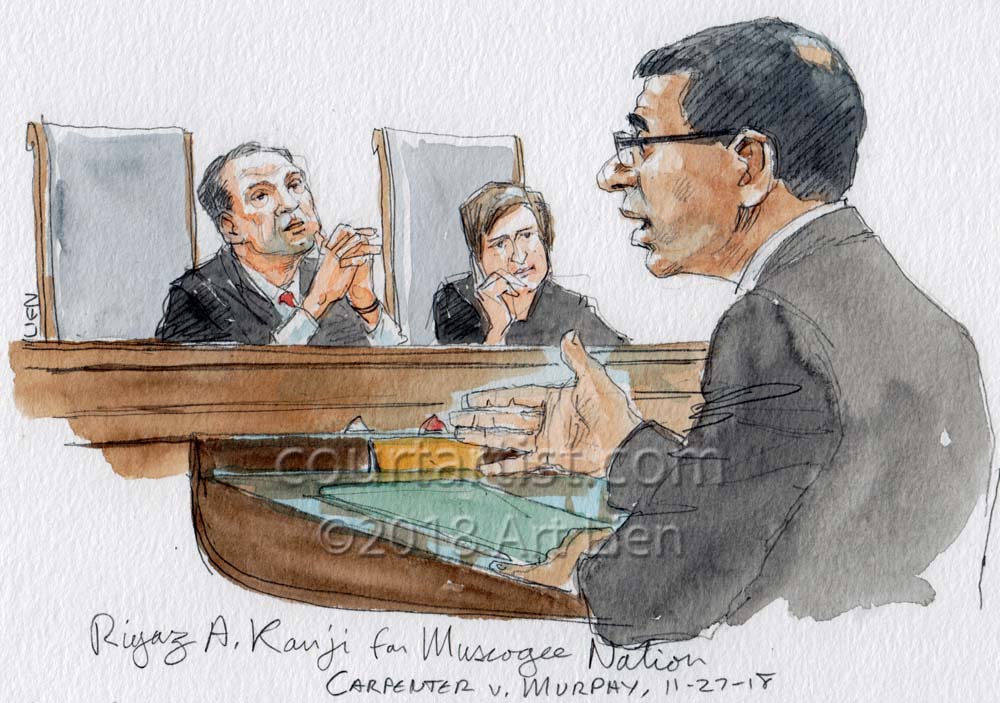 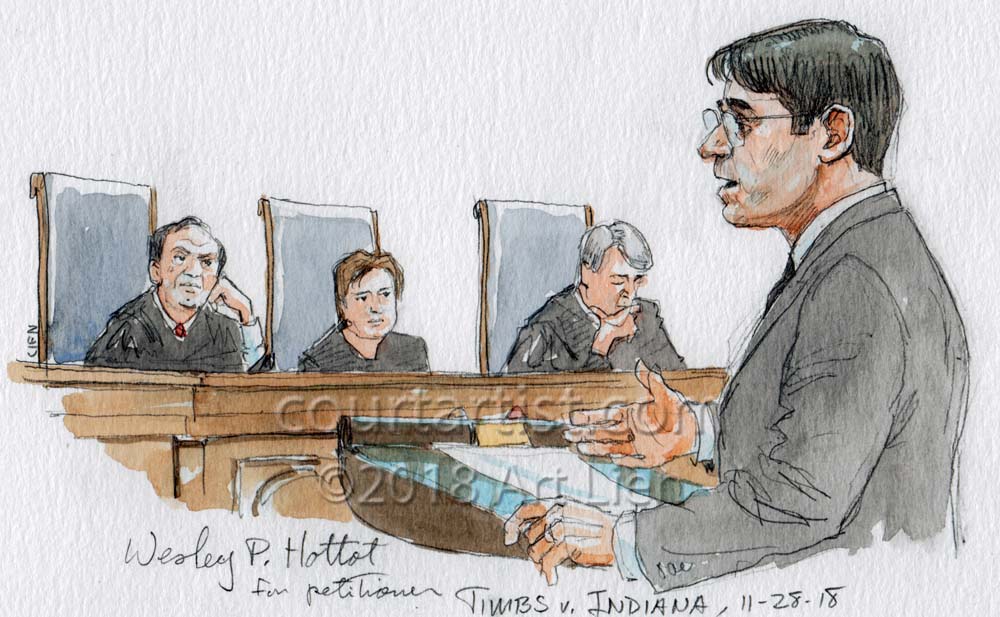 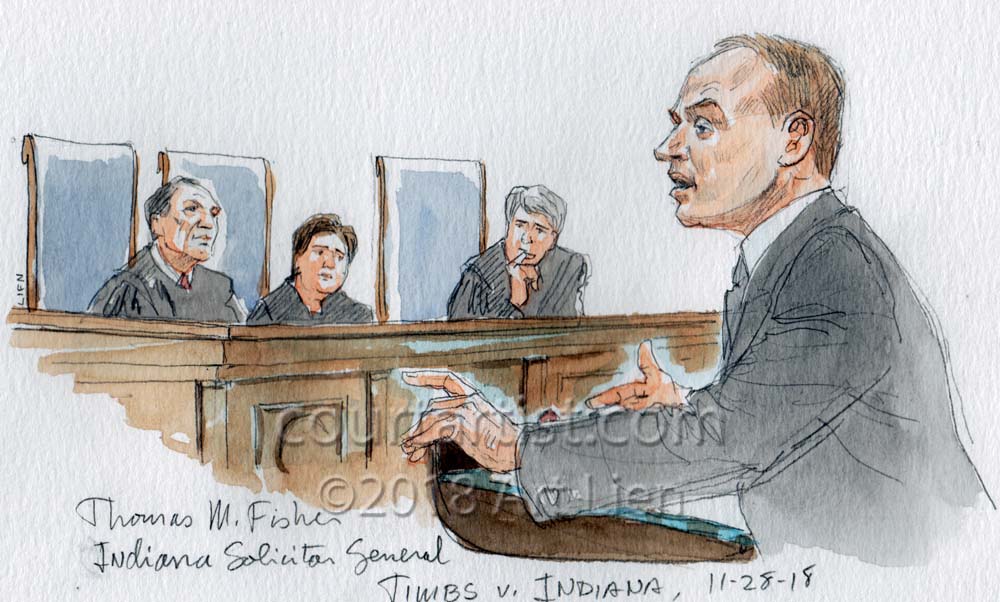 A Couple Of Sentencing Arguments

Last week seems like a long time ago. I’ve been busy with some personal business – all good – and never got around to posting the sketches from last weeks arguments in Montgomery v. Louisiana and Hurst v. Florida. 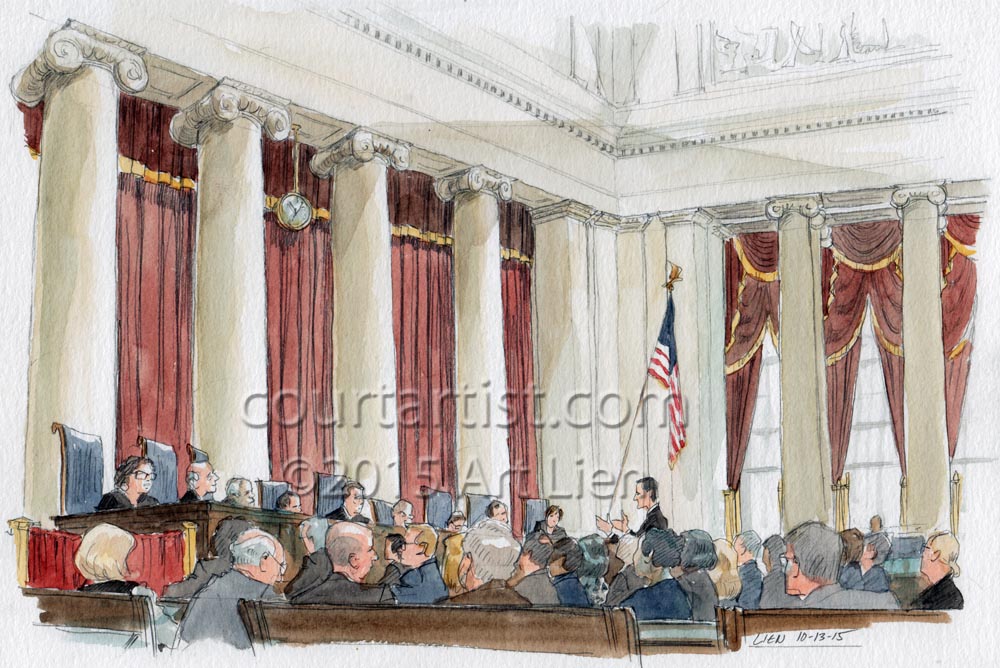 The first argument concerned inmates who as juveniles were automatically sentenced to life without the possibility of parole. The Court three years ago, in Miller v. Alabama, ruled that although juveniles could receive a life sentence it couldn’t be automatic. The issue here is whether that applies retroactively. 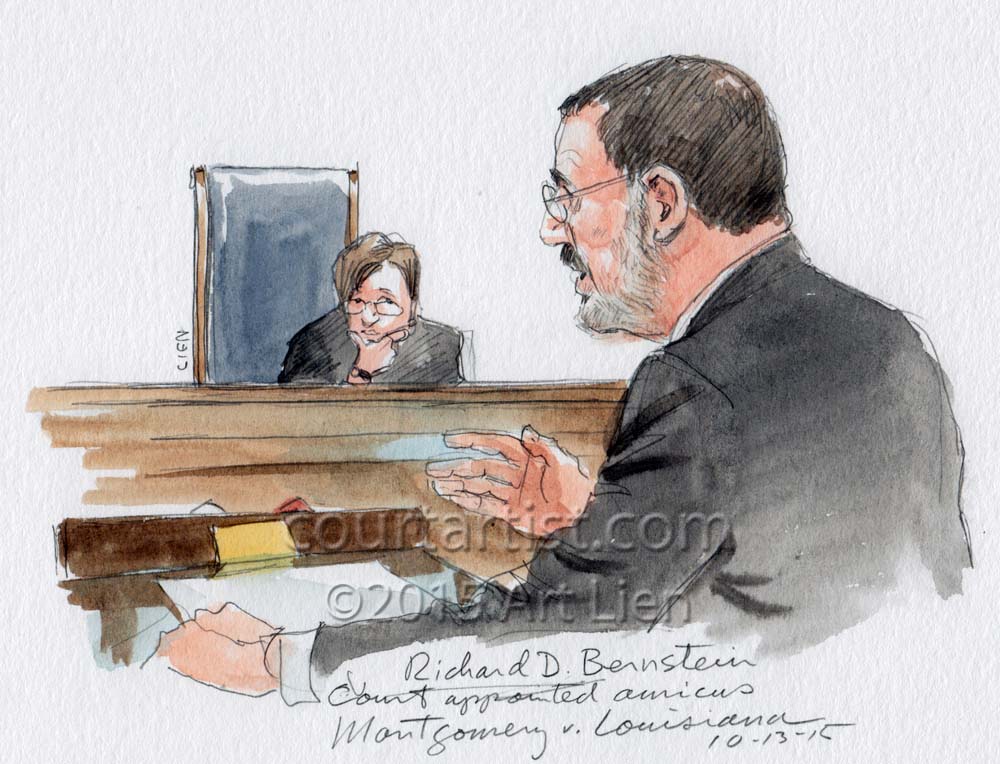 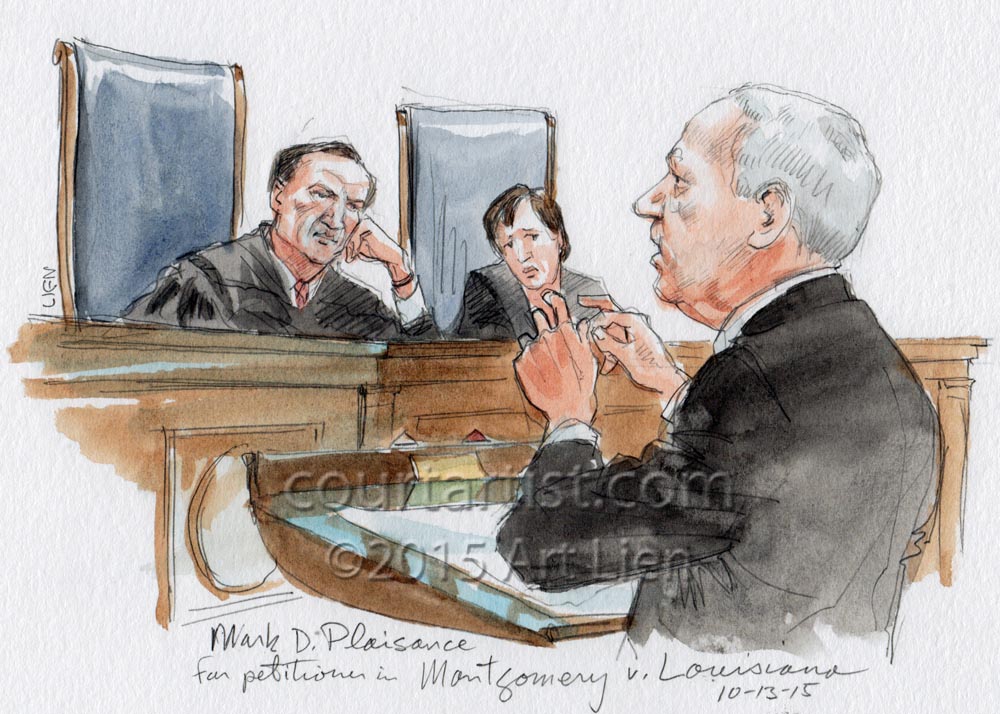 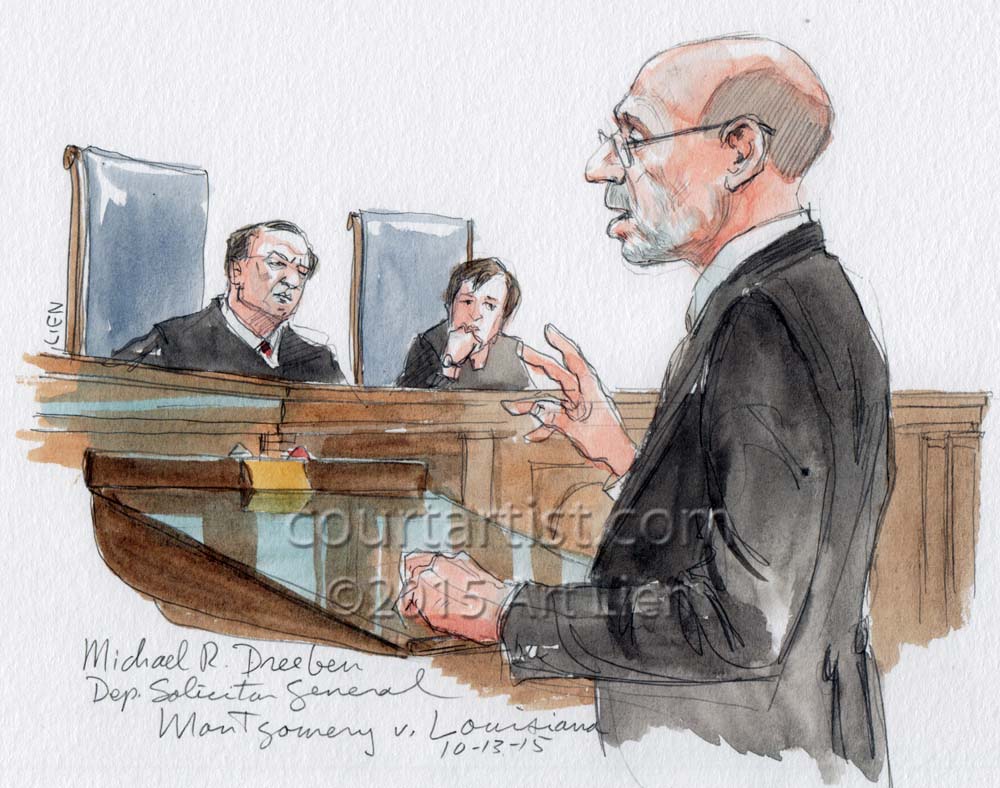 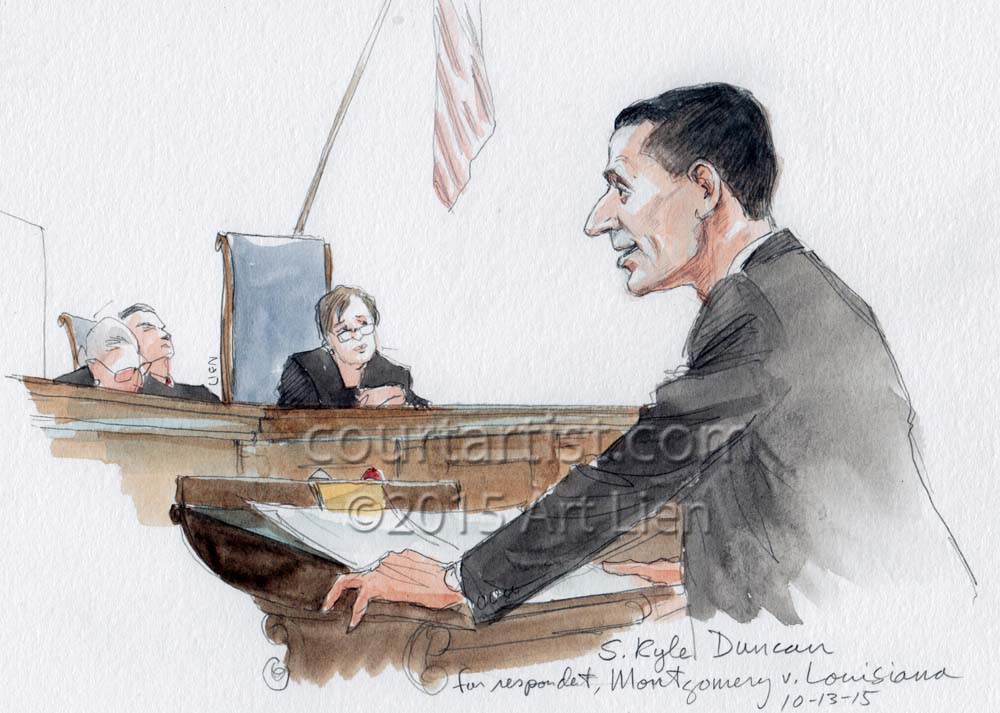 The second argument looked at the role of juries in determining sentence in Florida death penalty cases. 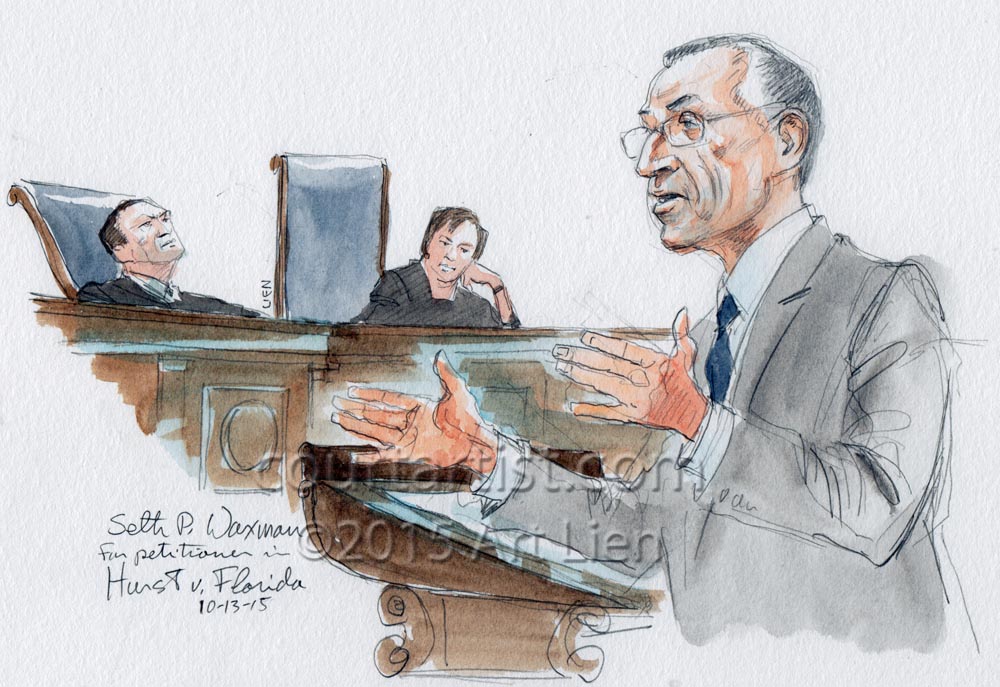 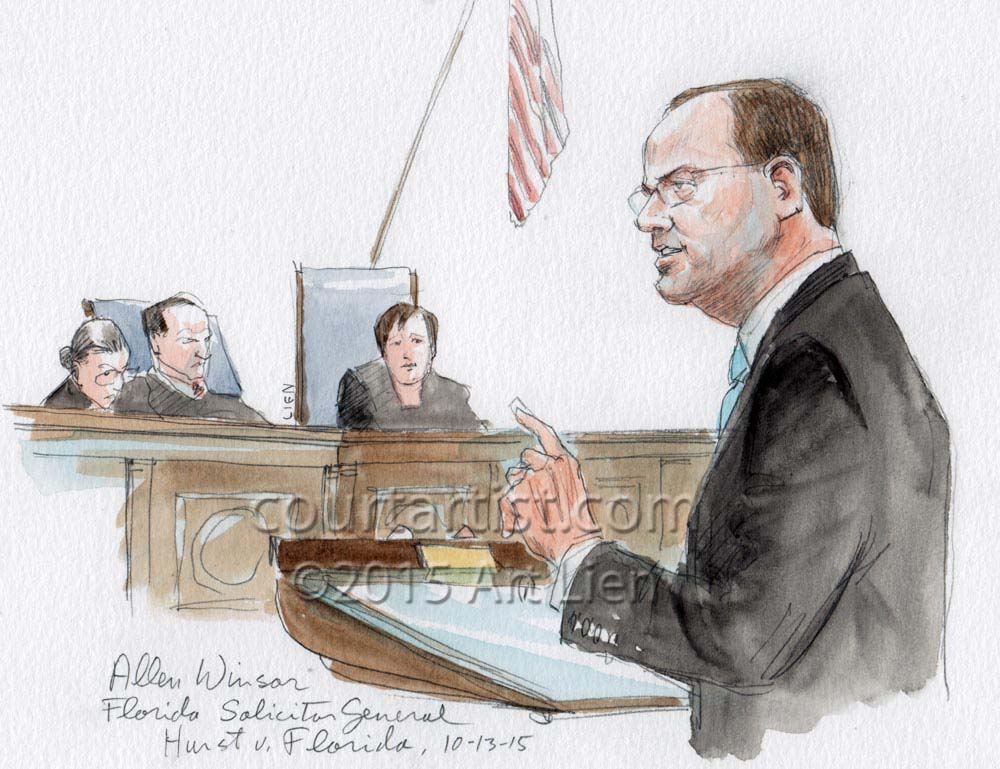