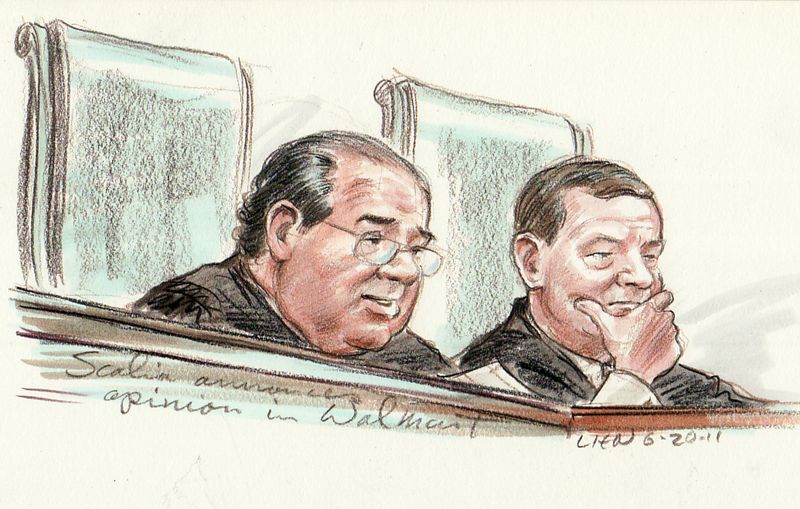 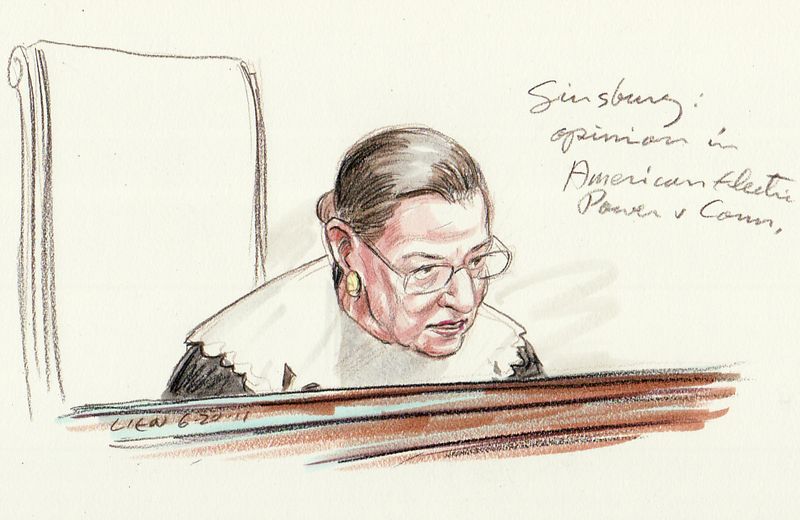 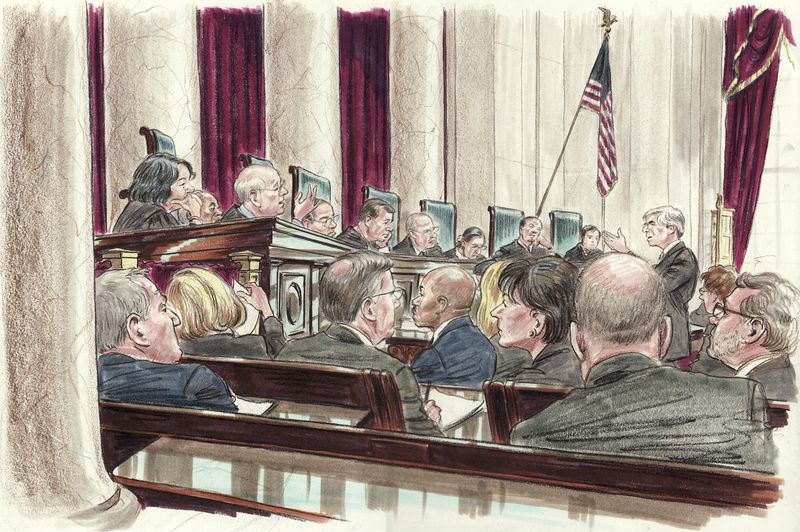 A gigantic class-action suit brought against megastore Wal-Mart for its biased treatment of female employees seemed to run into trouble in the Supreme Court today.  Wal-Mart took some tough questions from Ginsburg, Sotomayor and Kagan. 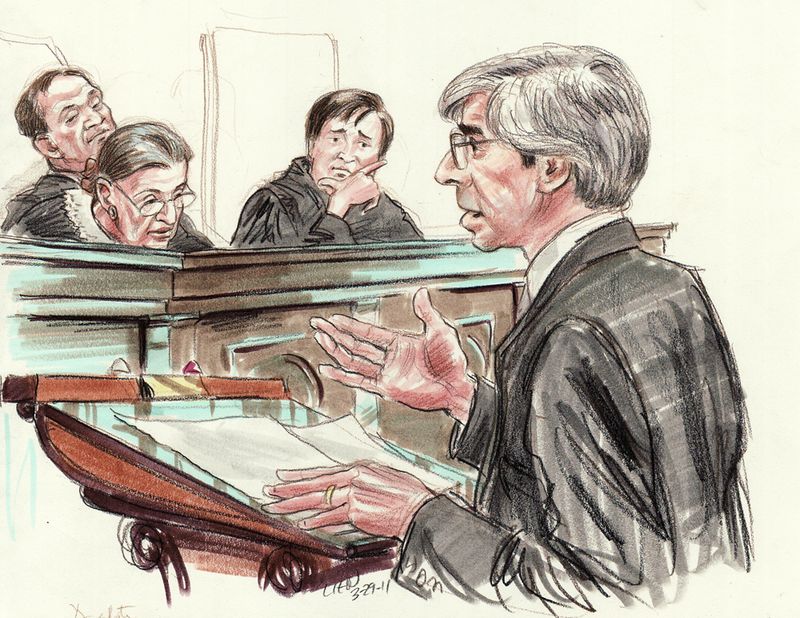 Justice Ginsburg to Wal-Mart’s lawyer, Theodore Boutrous : “Isn’t there some responsibility on the company to say, is gender discrimination at work, and if it is, isn’t there an obligation to stop it?”. 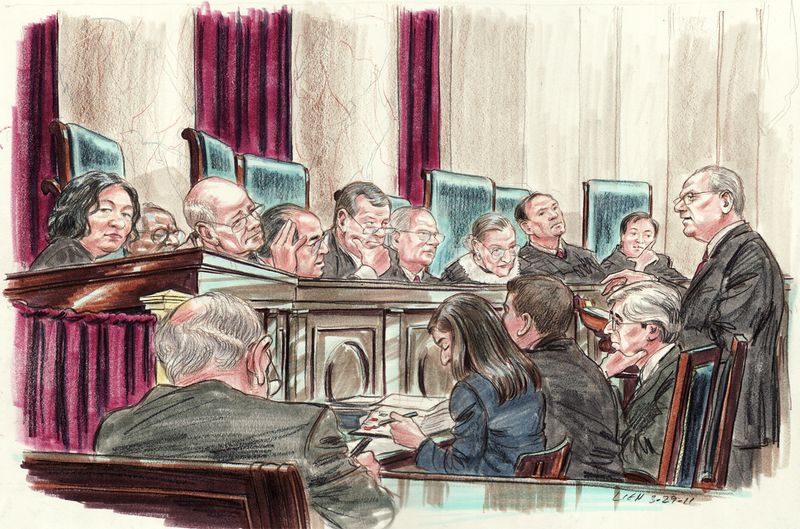 But when it was the turn of the women’s lawyer, Joseph Sellers, Justice Kennedy said, “Your complaint faces in two directions.  Number one, …headquarters knows everything that’s going on.  Then in the next breath you say . . . these supervisors have too much discretion.” 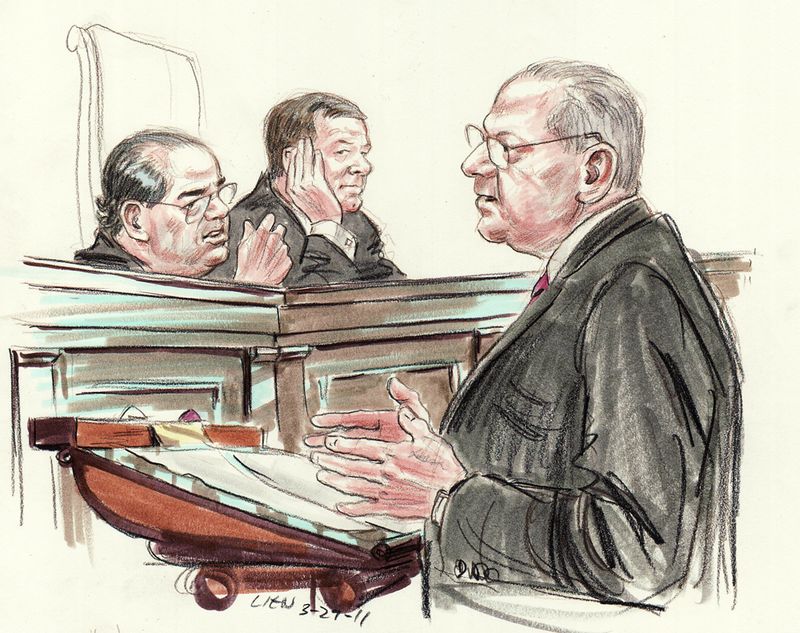 Said Justice Scalia, “I’m getting whipsawed here.” ( note: Scalia got into a multi-car fender-bender on his way to court this morning, so he may have been suffering whiplash as well. )

If you really want to know about the arguments read Lyle Denniston’s recap.

I just wanted to use the word brobdingnagian.