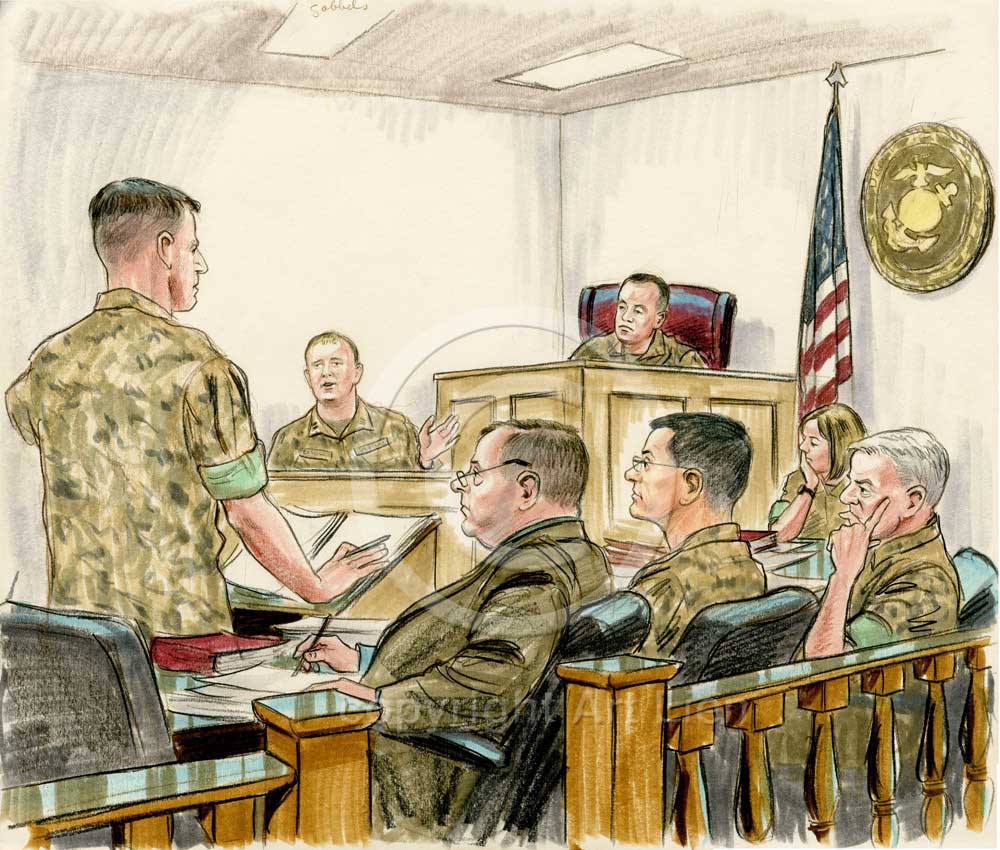 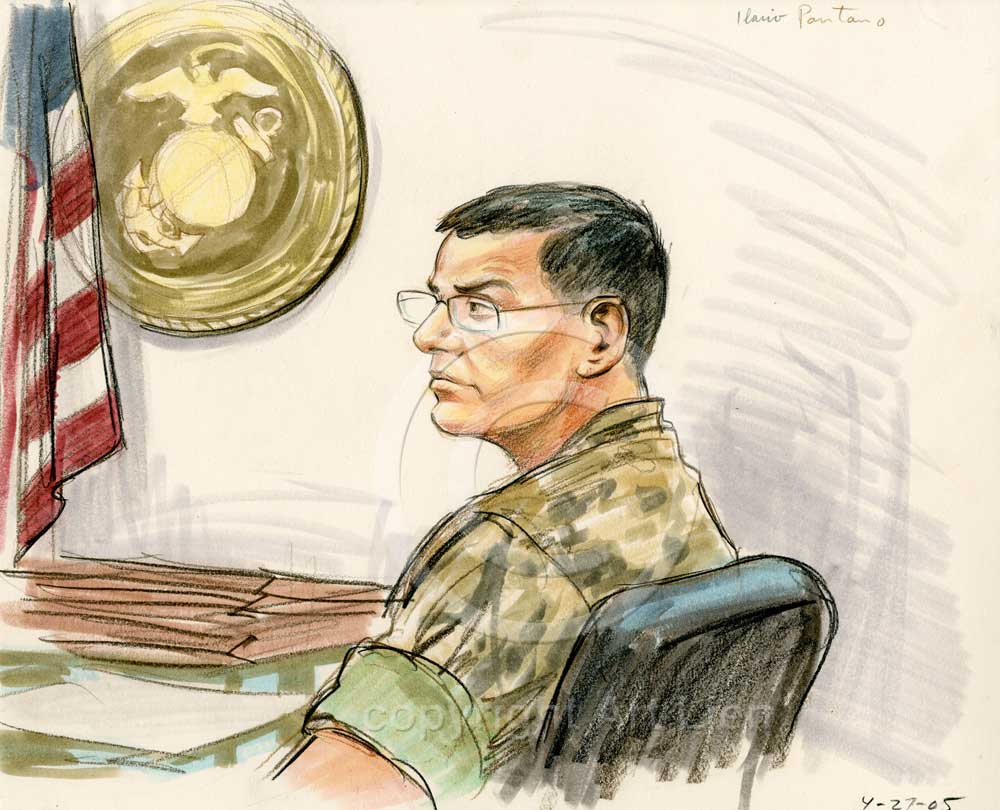 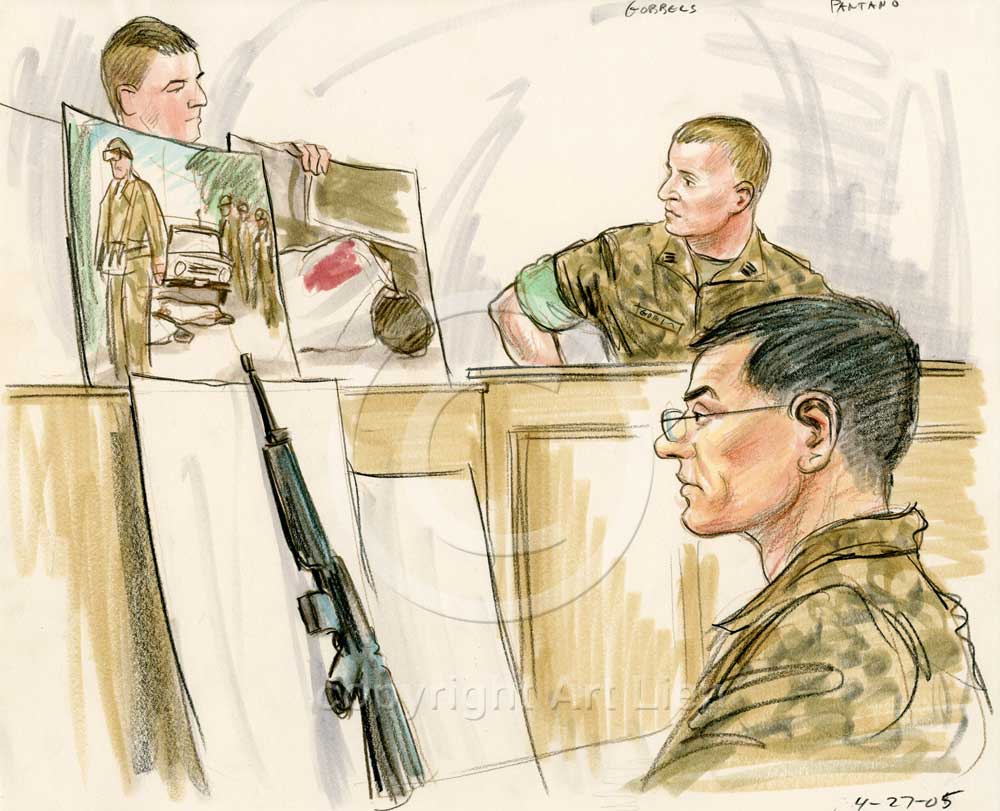 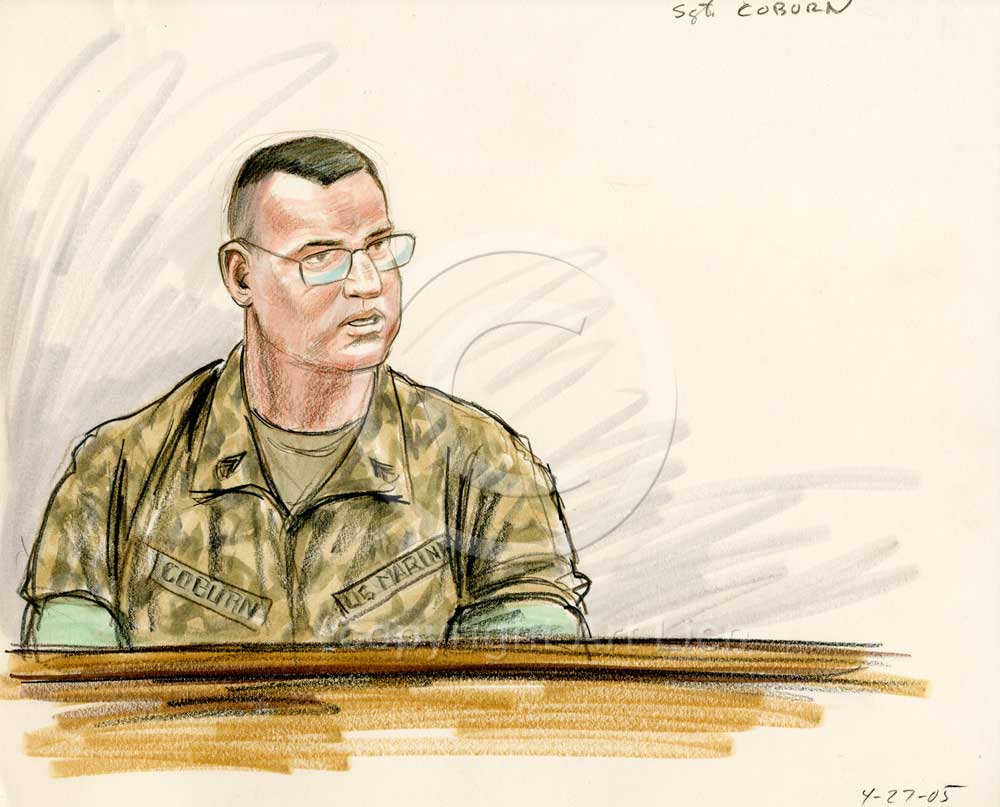 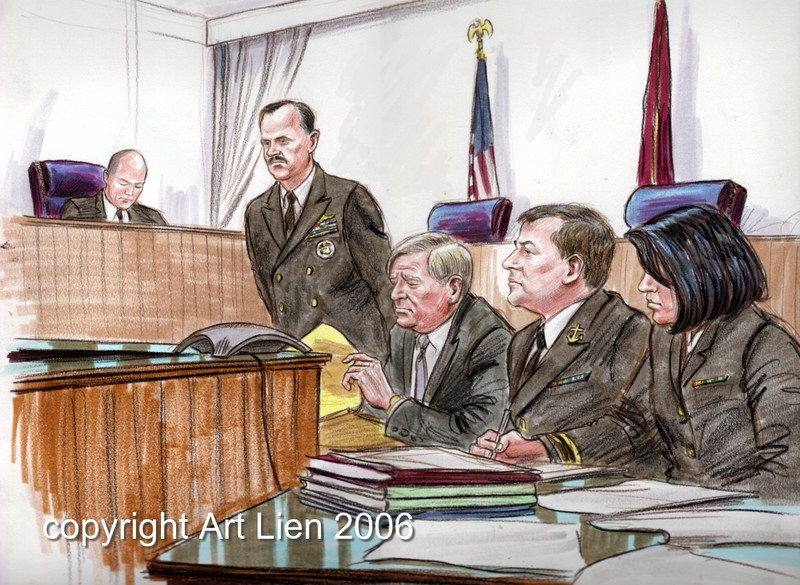 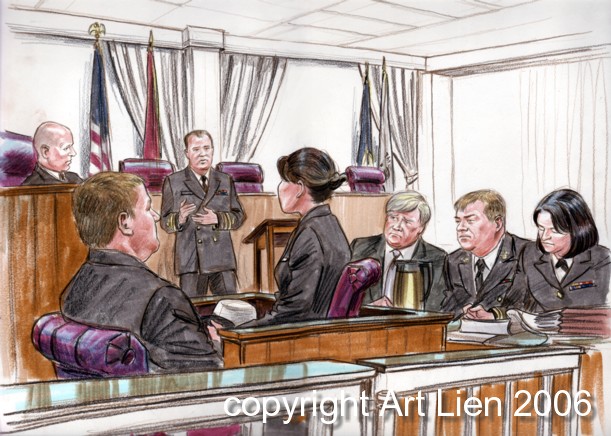 In July Annapolis midshipman and star quarterback Lamar Owens was aquitted of rape charges by a court-martial.  Today another Naval Academy middie, and football team member, faced accusations by two women who testified at his Article 32 hearing.

Midshipman Kenny Ray Morrison, seated between his civilian and military lawyers on the right side of my sketch, listens as victim #1 is questioned by LCDR Colin Kisor, JAGC, USN.