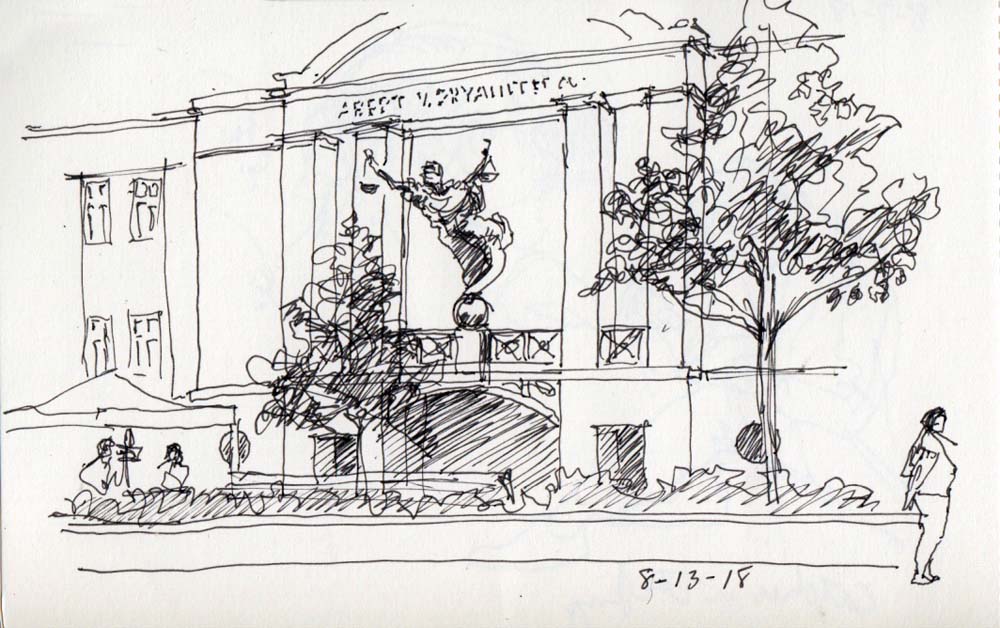 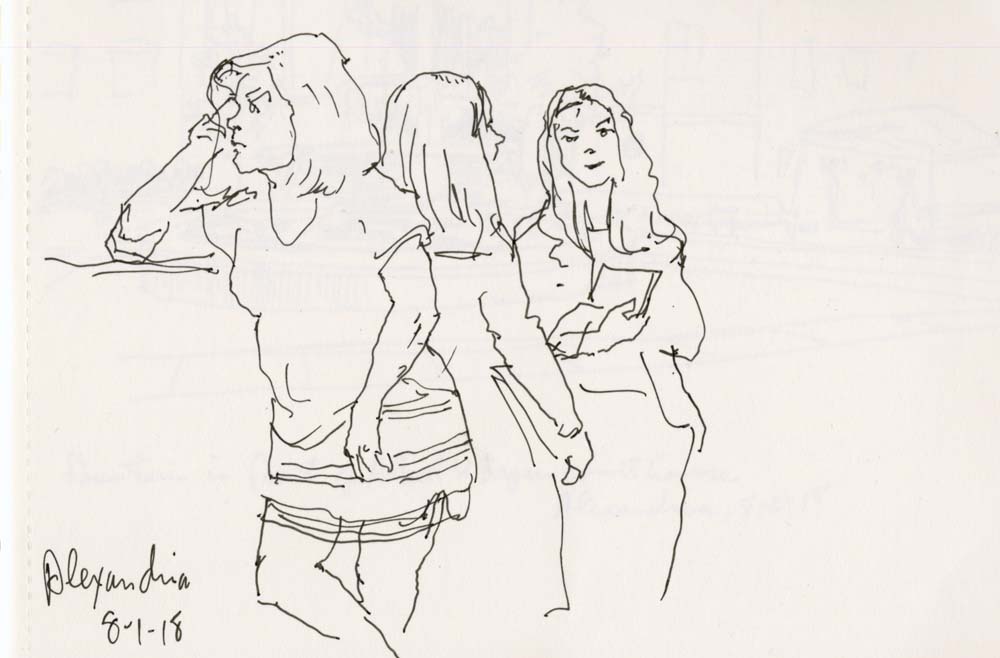 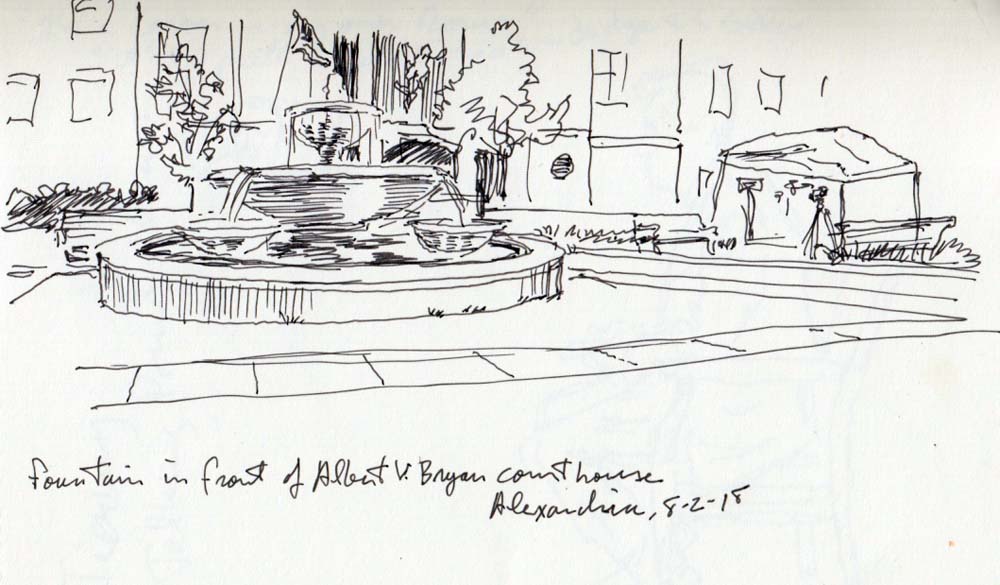 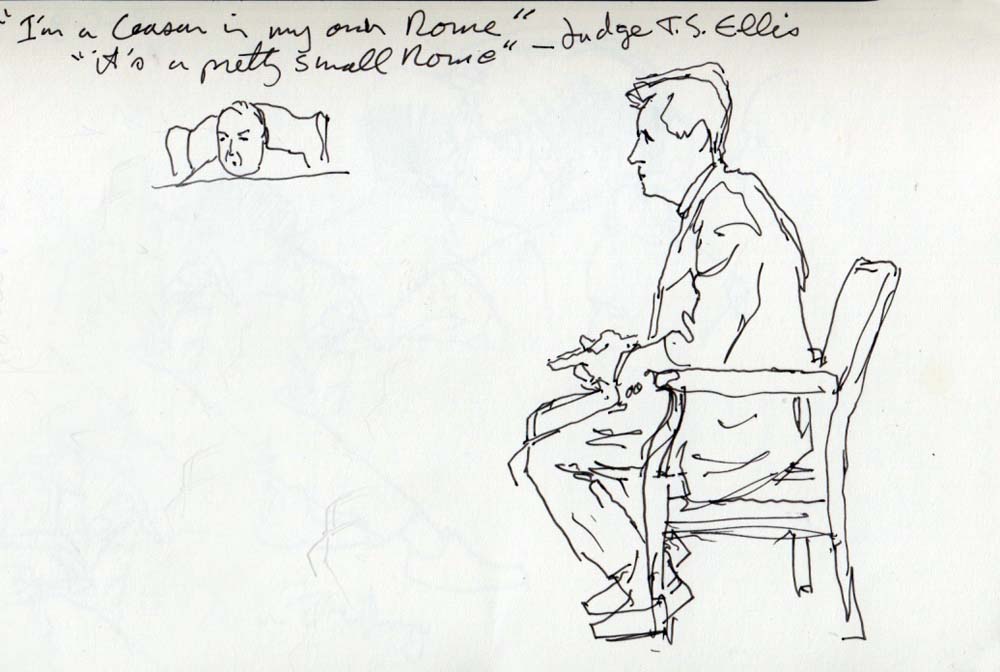 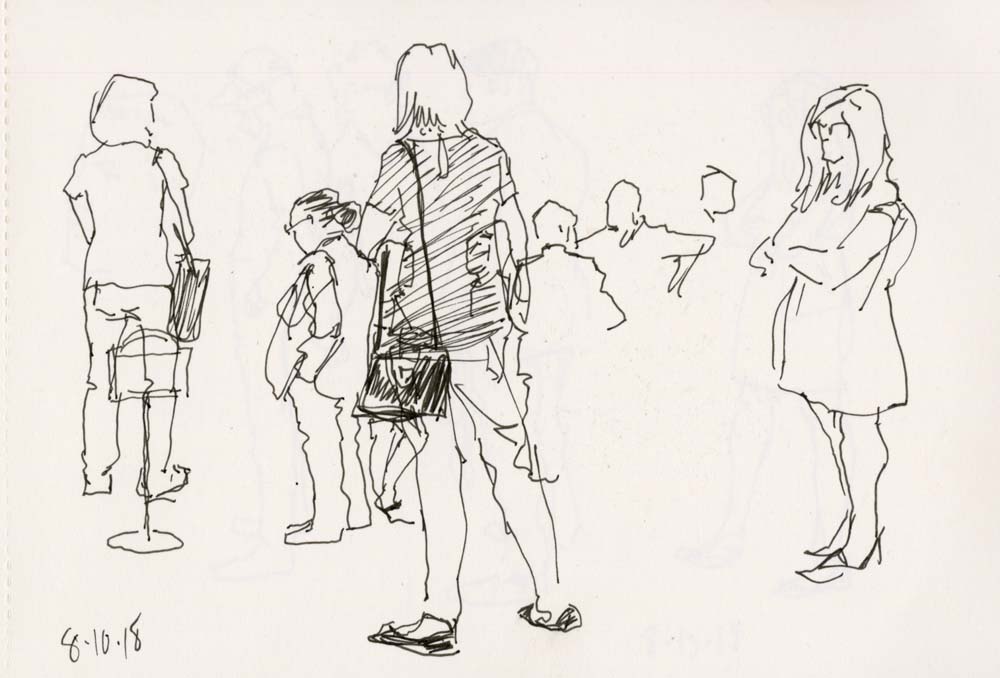 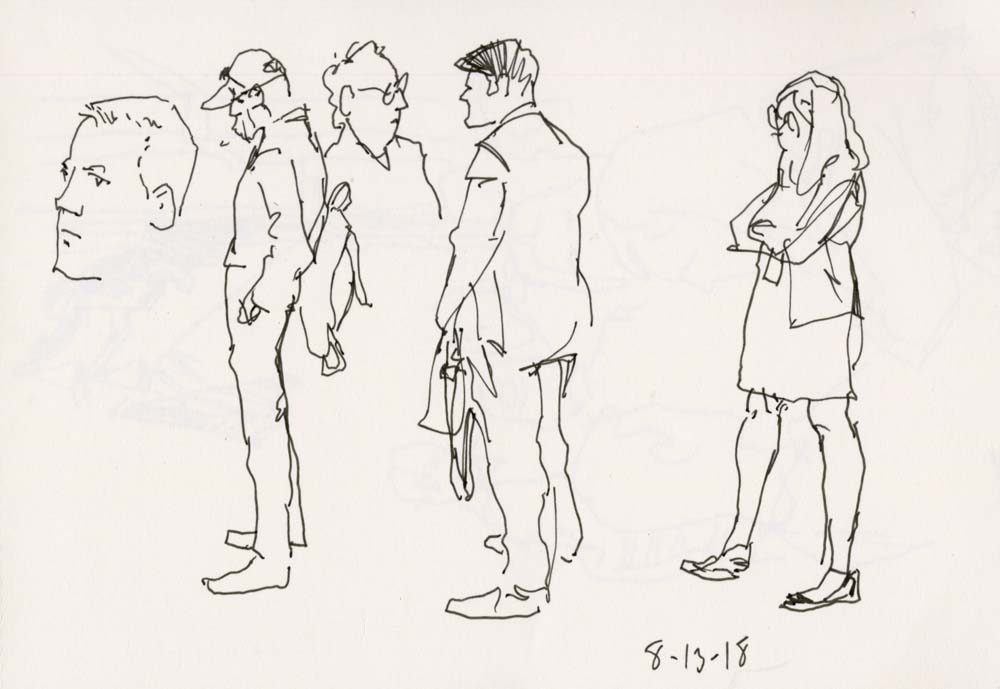 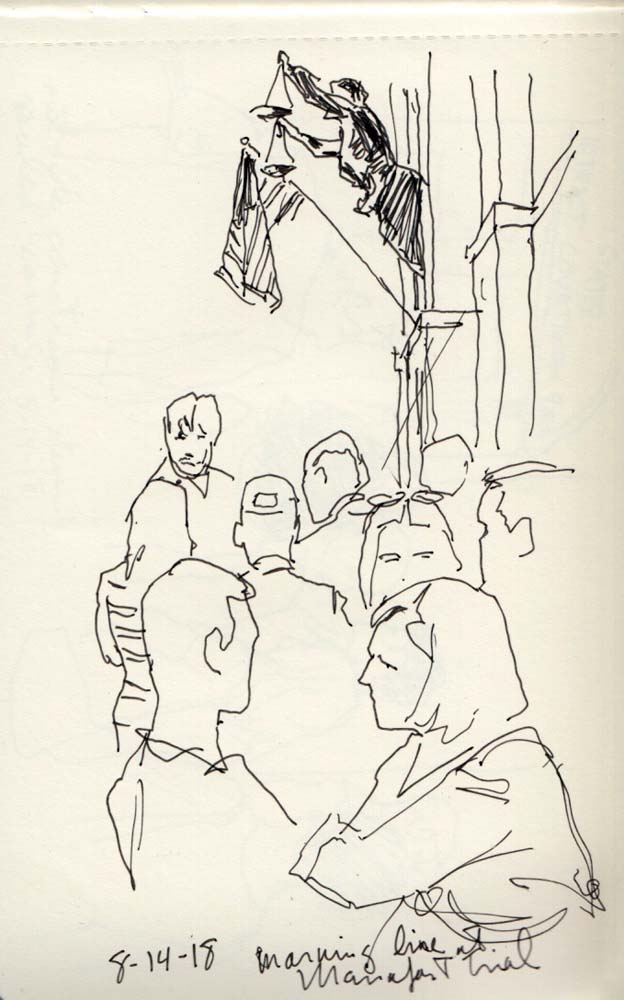 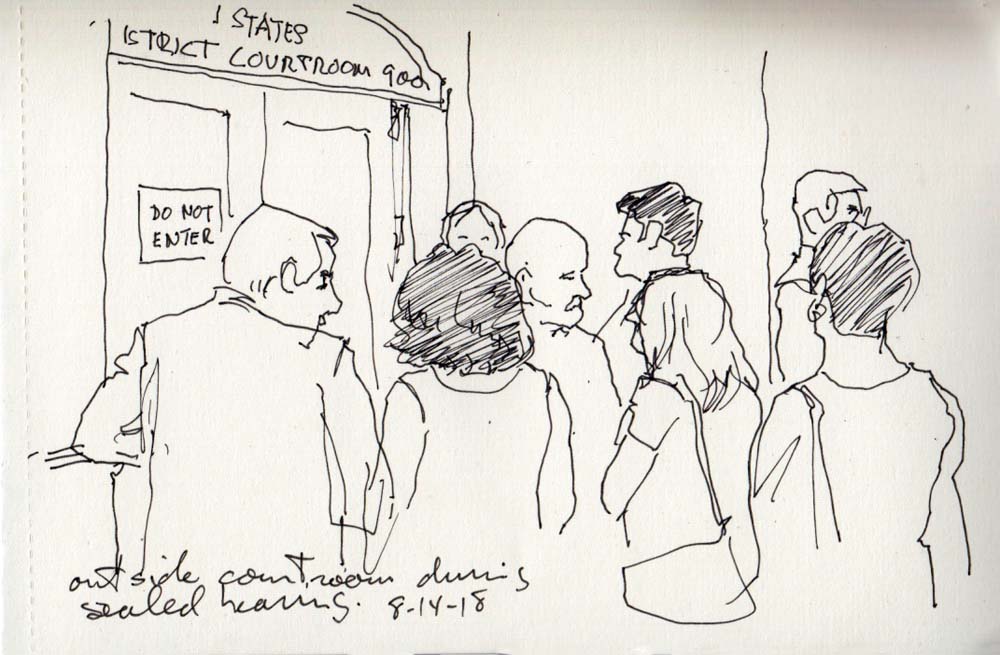 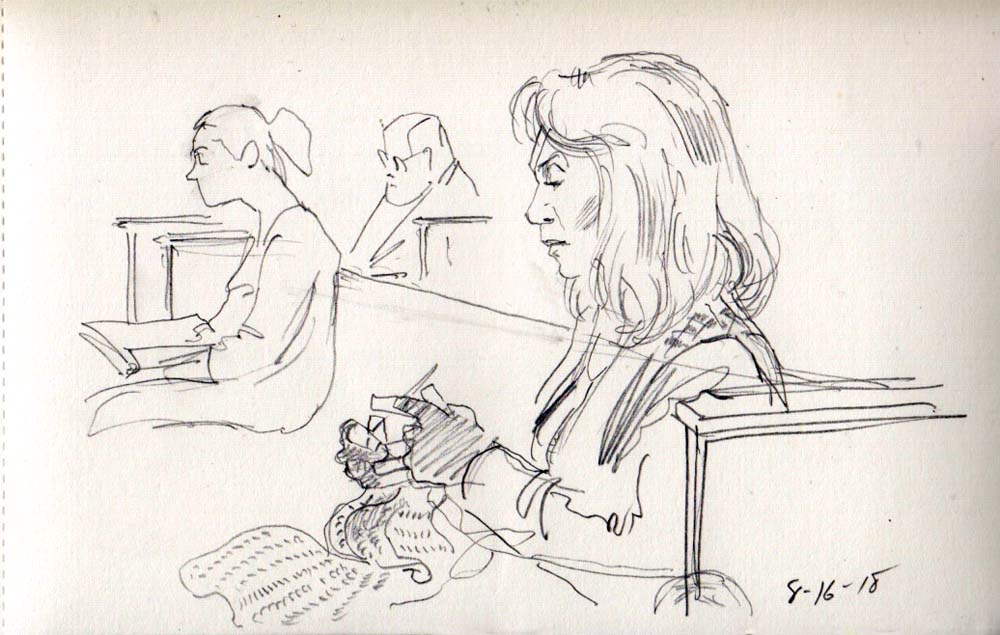 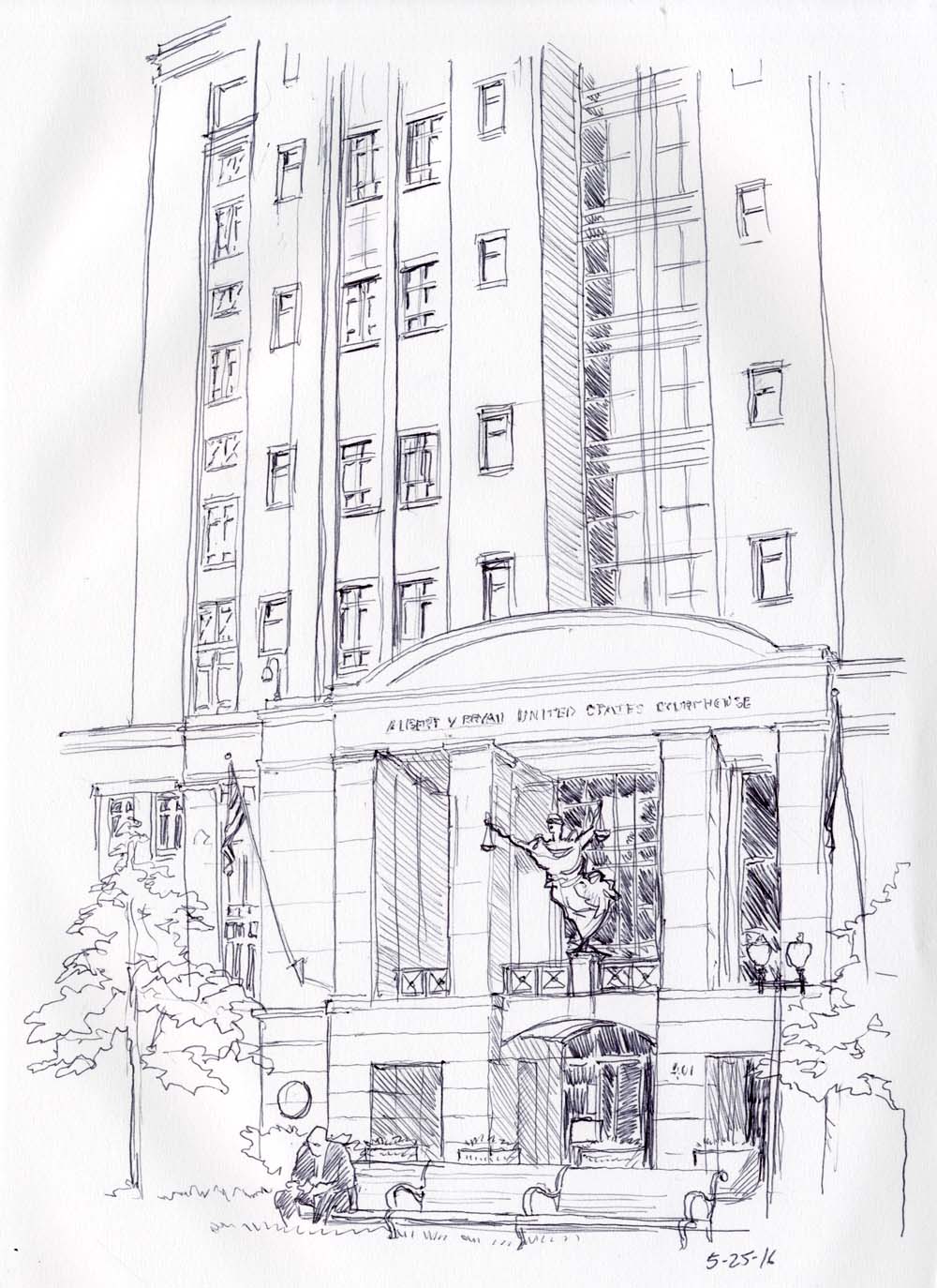 I don’t get down to the U.S. District court in Alexandria much anymore. It used to be a regular trek during the early days of the Bush administration’s war on terror. But this morning I was back at the Albert V. Bryan courthouse to sketch a Romanian email hacker whose nom de guerre is Guccifer (Gucci + Lucifer). 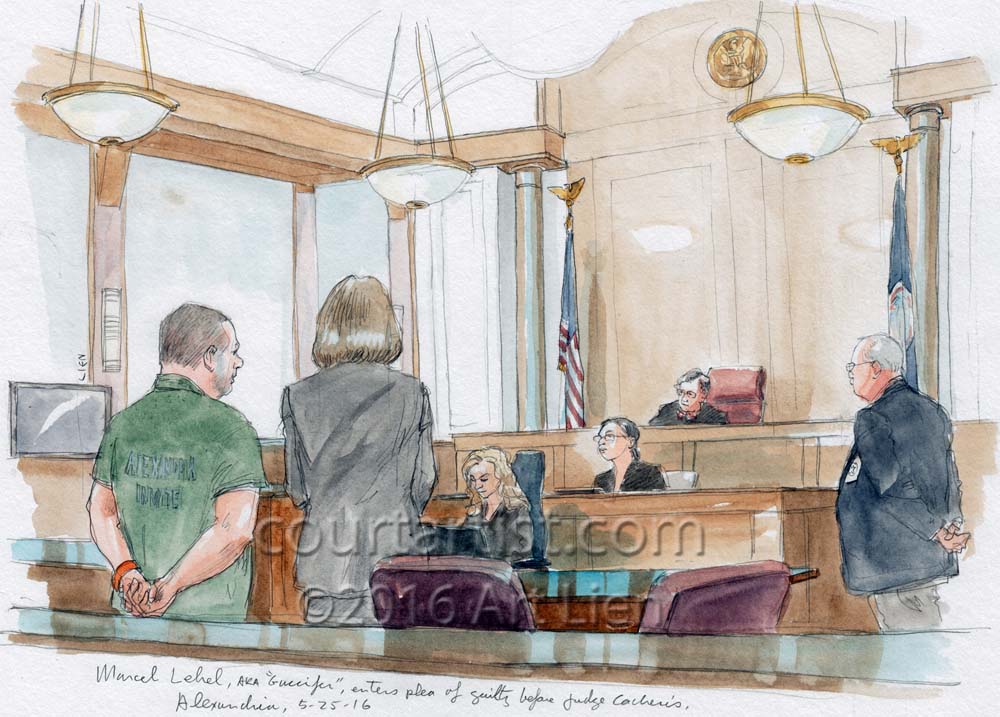 Marcel Lehel Lazar pleaded guilty to two counts related to his breaking into the email accounts of former Secretary of State Colin Powell and members of former President Bush’s family. He also claims to have hacked Hillary Clinton’s private email server – “It was like an open orchid on the Internet. There were hundreds of folders.”- but has not produced any proof of that.