A Quiet January Sitting Wrap Up

January has been a bit of a snooze at the Supreme Court but I did get to learn about the Dormant Commerce Clause ( Tennessee Wine & Spirits Retailers v. Blair ).

There was plenty of other news from the Court today: cert denial in a school prayer case, cert granted in a Second Amendment case to be heard next term, stay grants in a pair of transgender cases, and action on the Mueller mystery grand jury subpoena. But from the bench just one 9-0 opinion from Justice Thomas in a patent case. 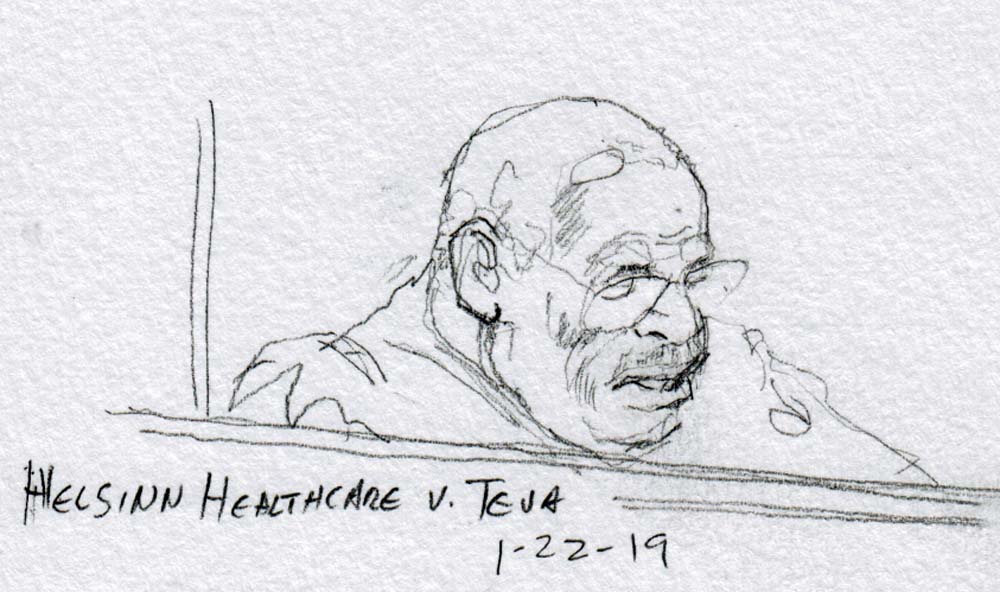 Below are some sketches from some of last week’s arguments and opinions. Fingers crossed that Justice Ginsburg will be back on the bench after the mid-winter break. 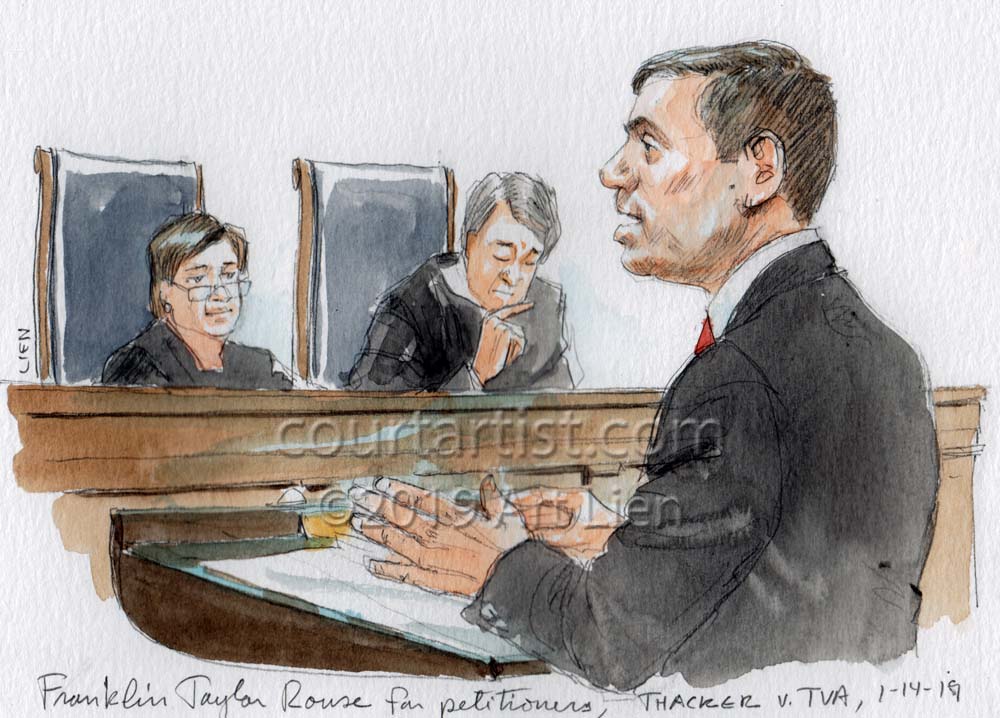 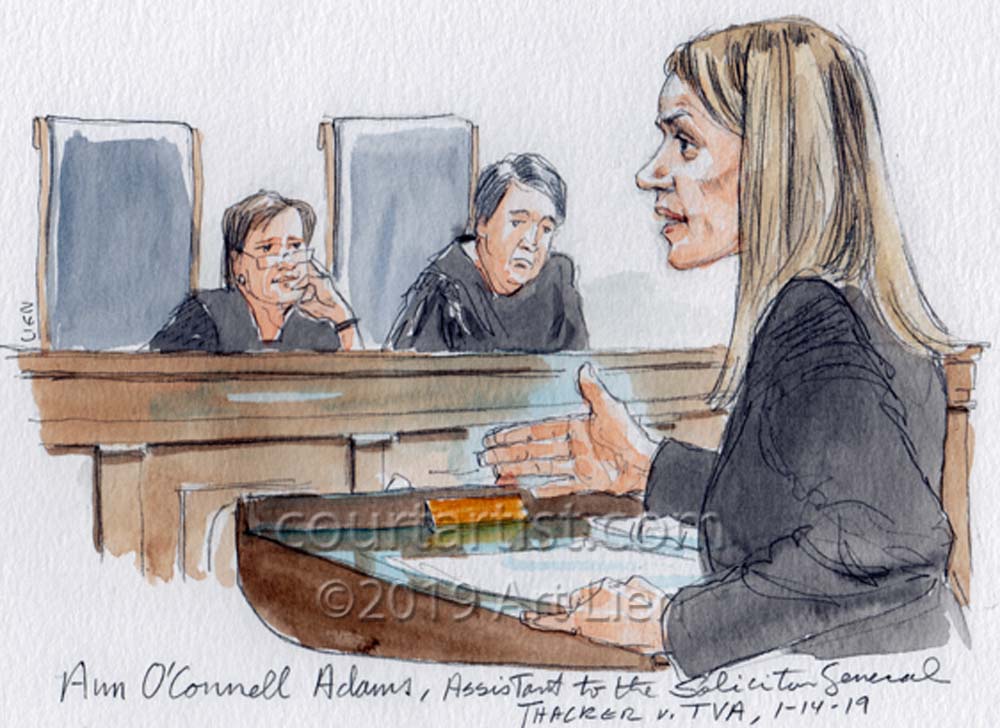 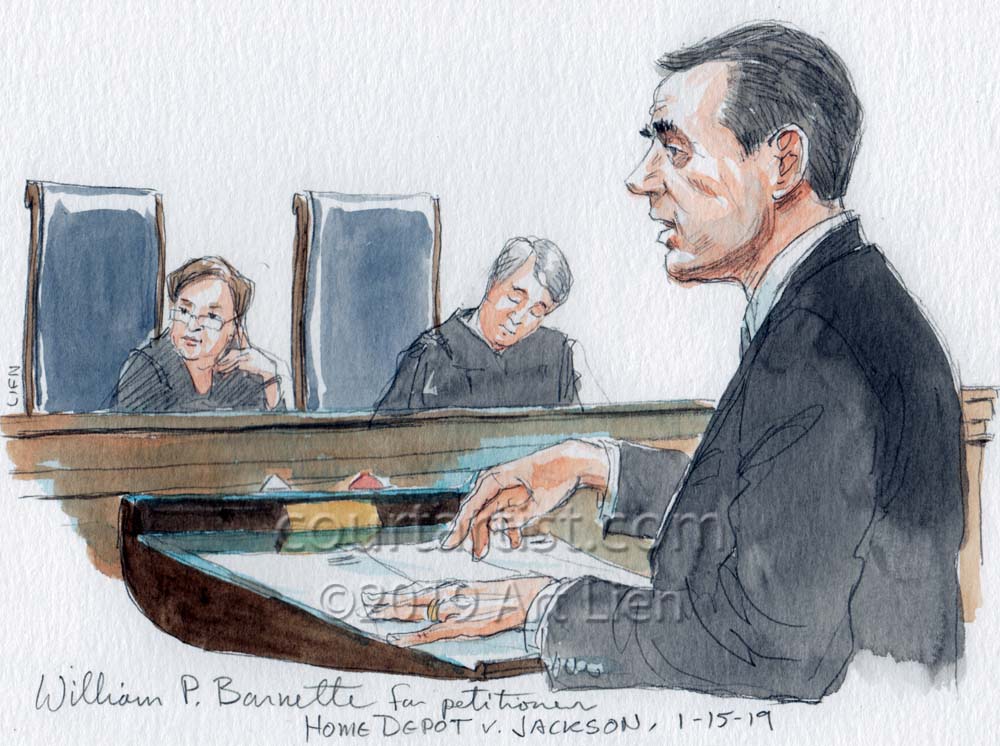 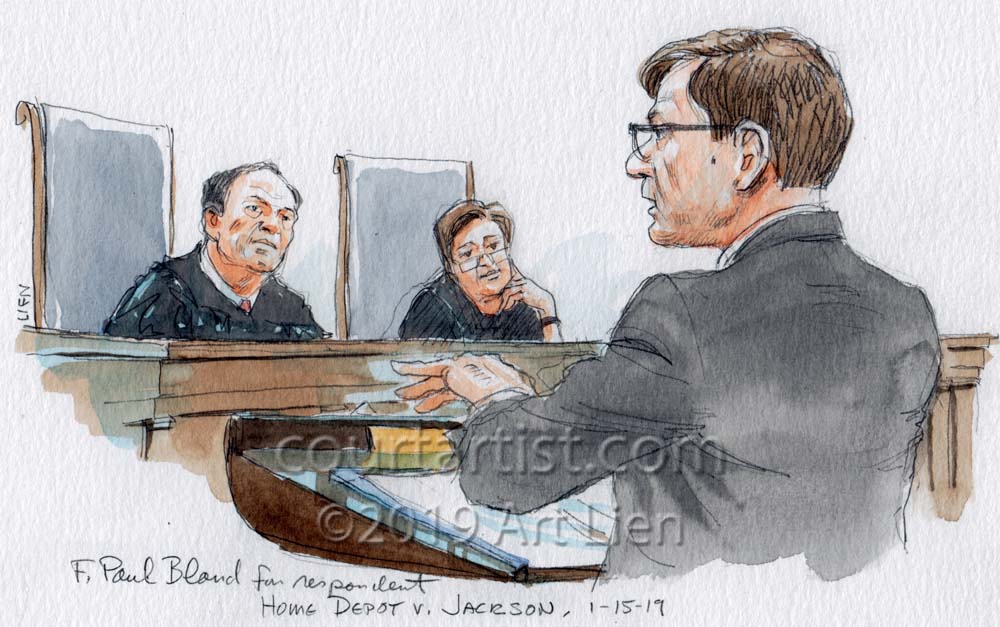 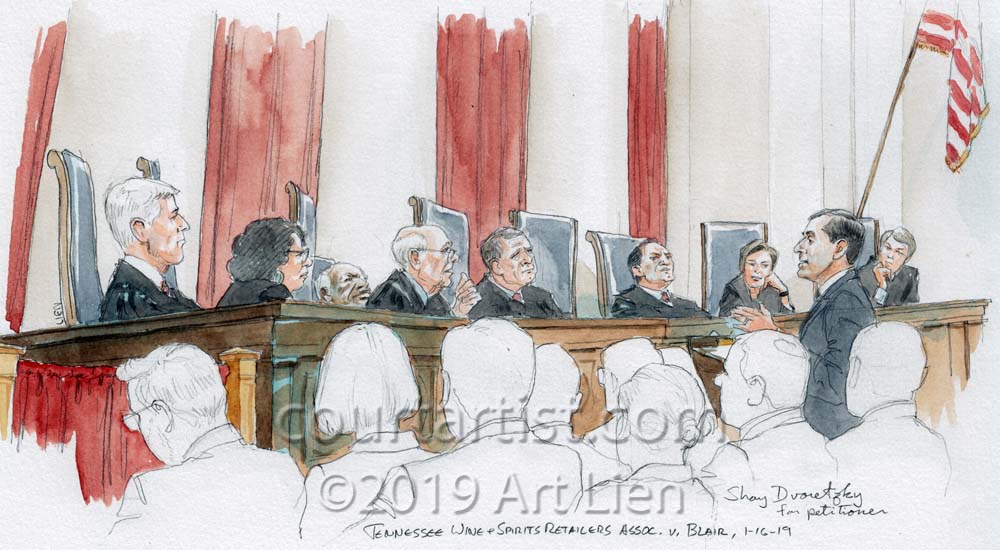 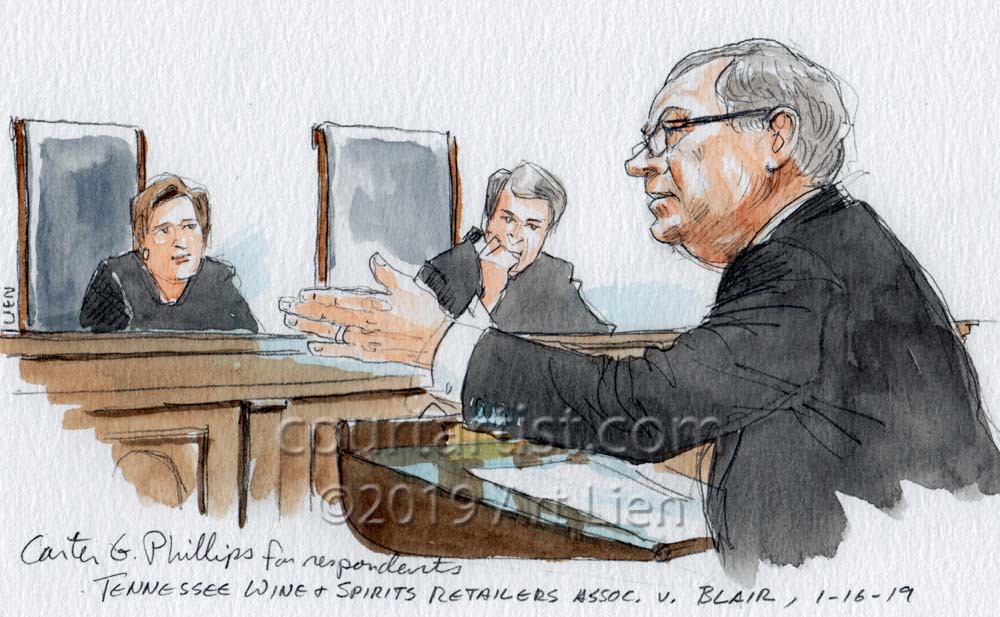 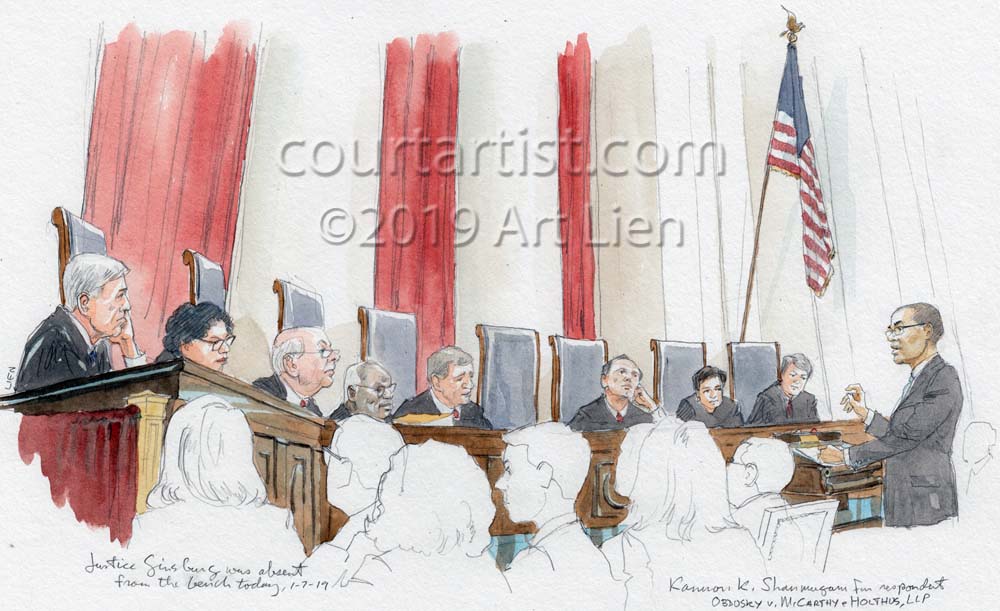 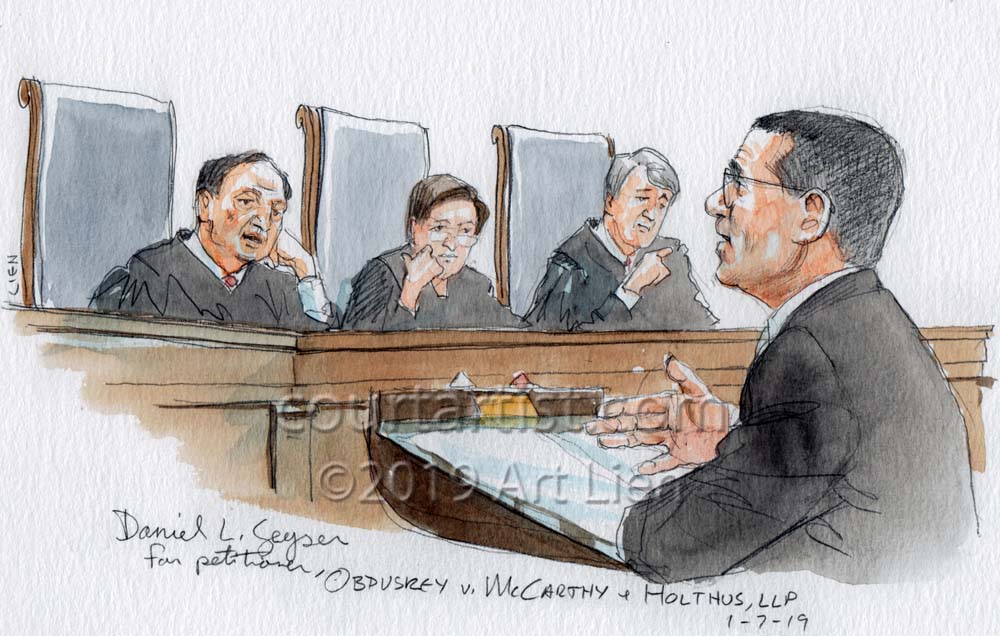 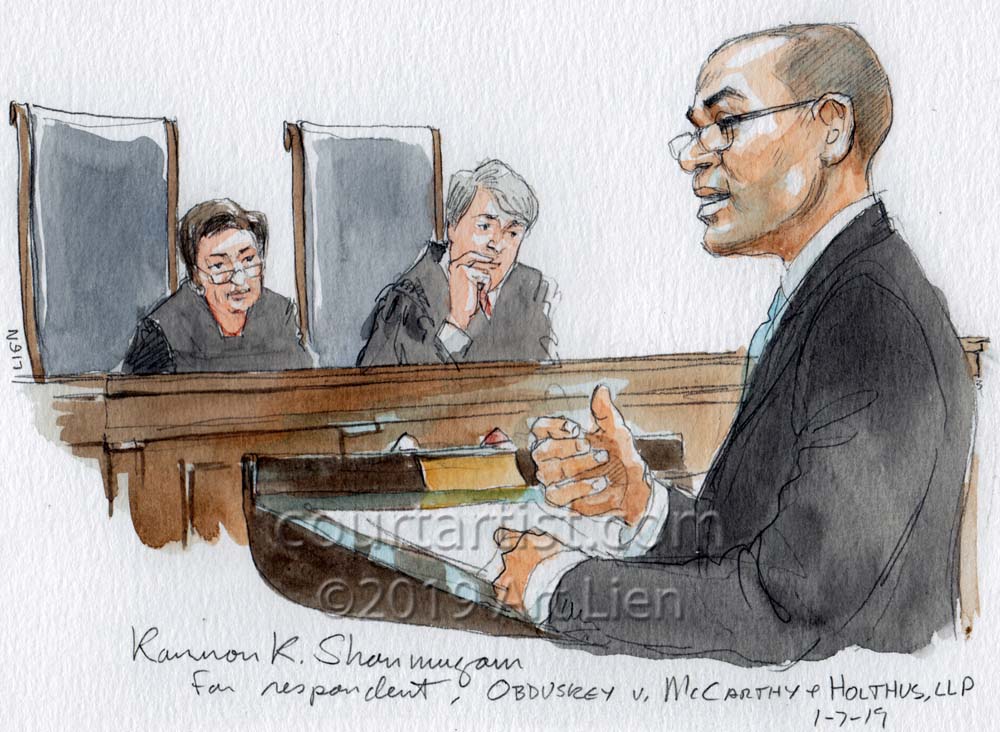 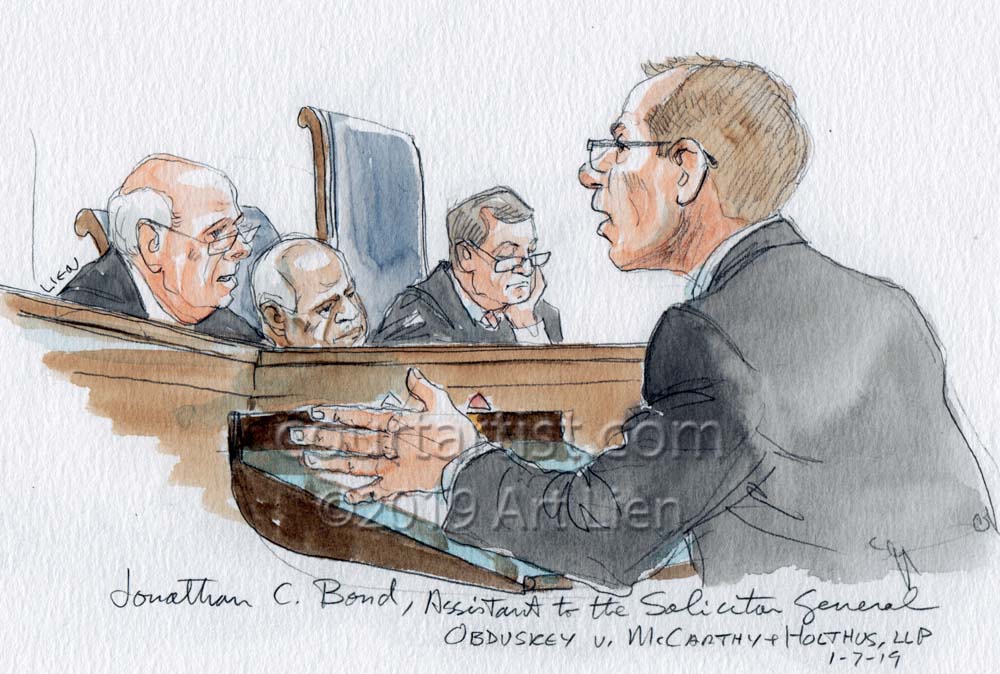 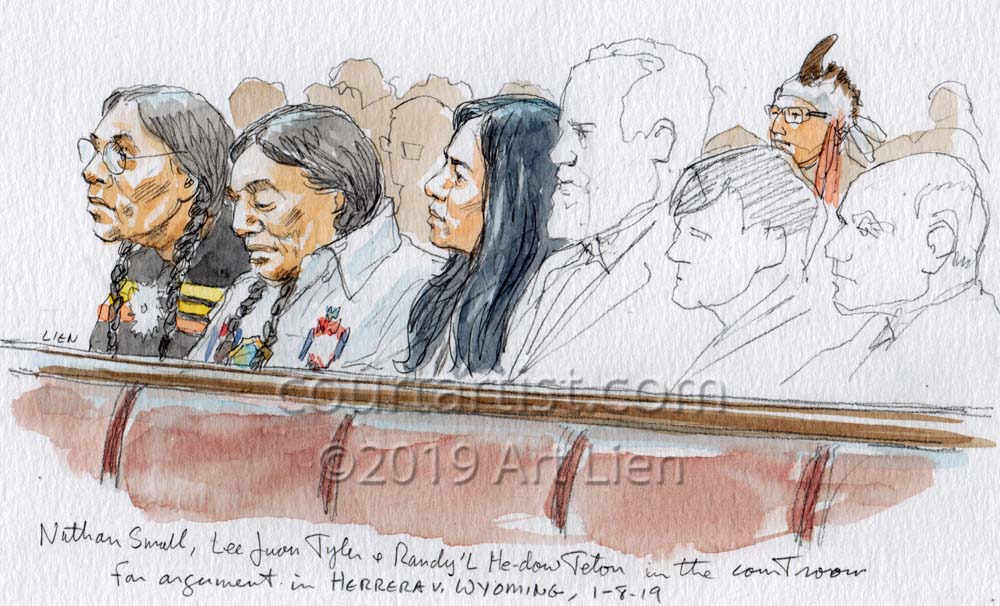 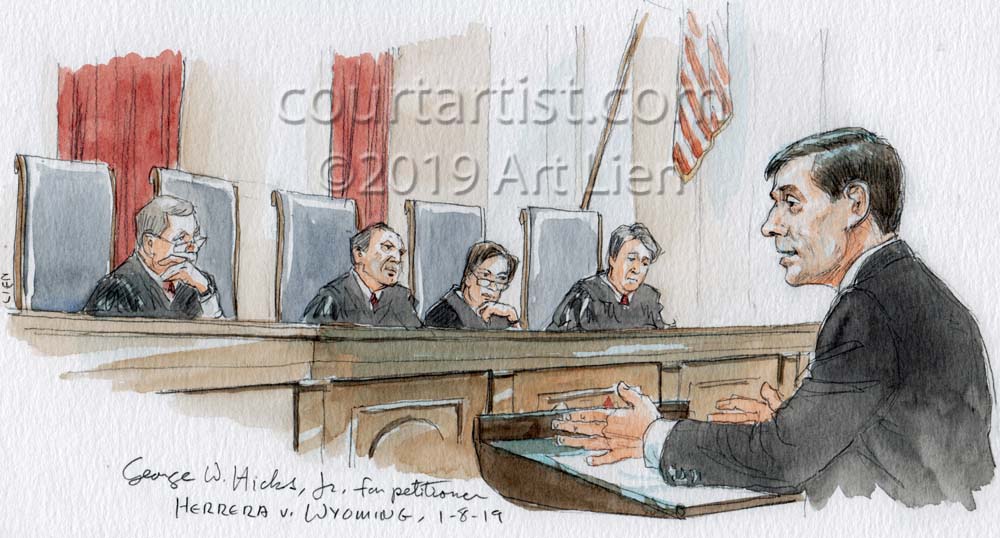 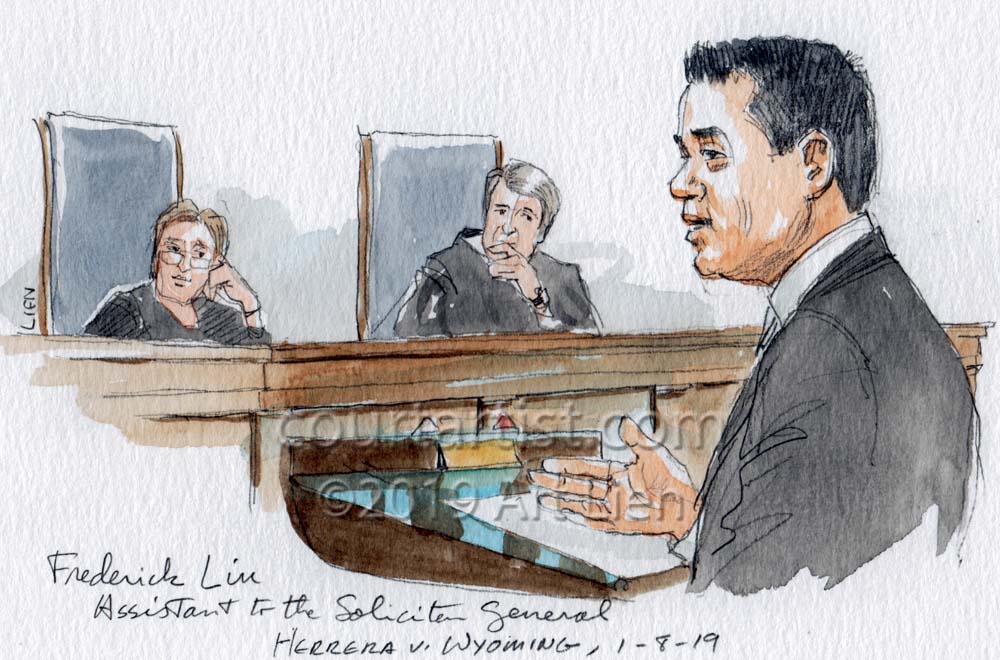 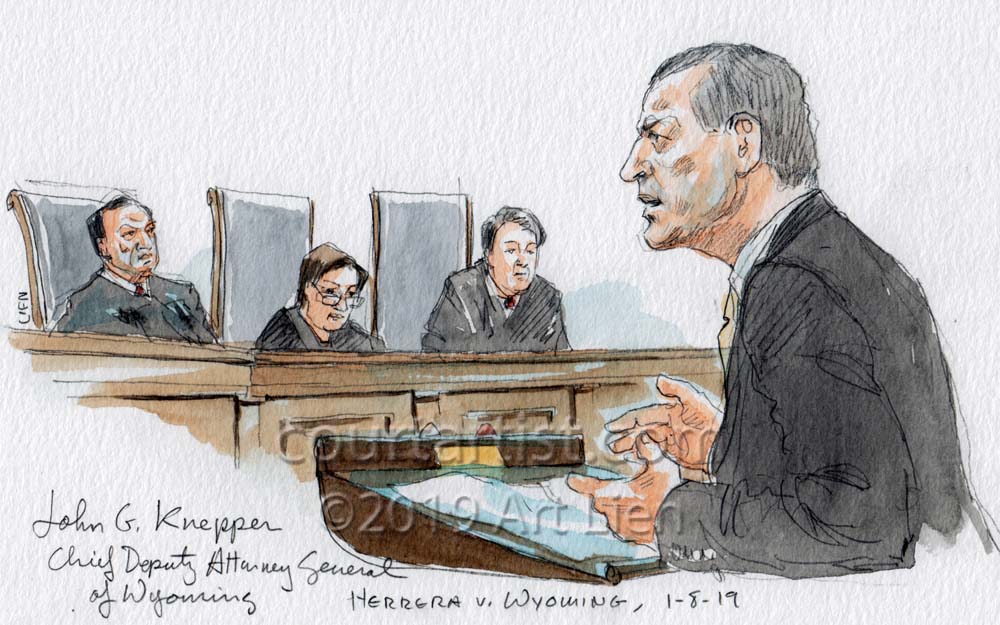 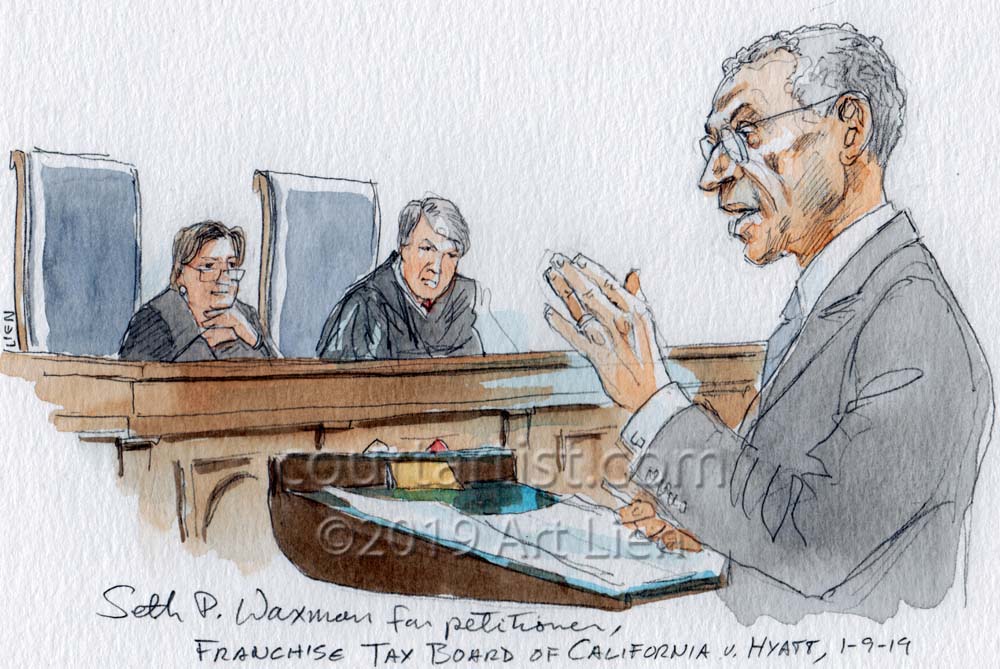 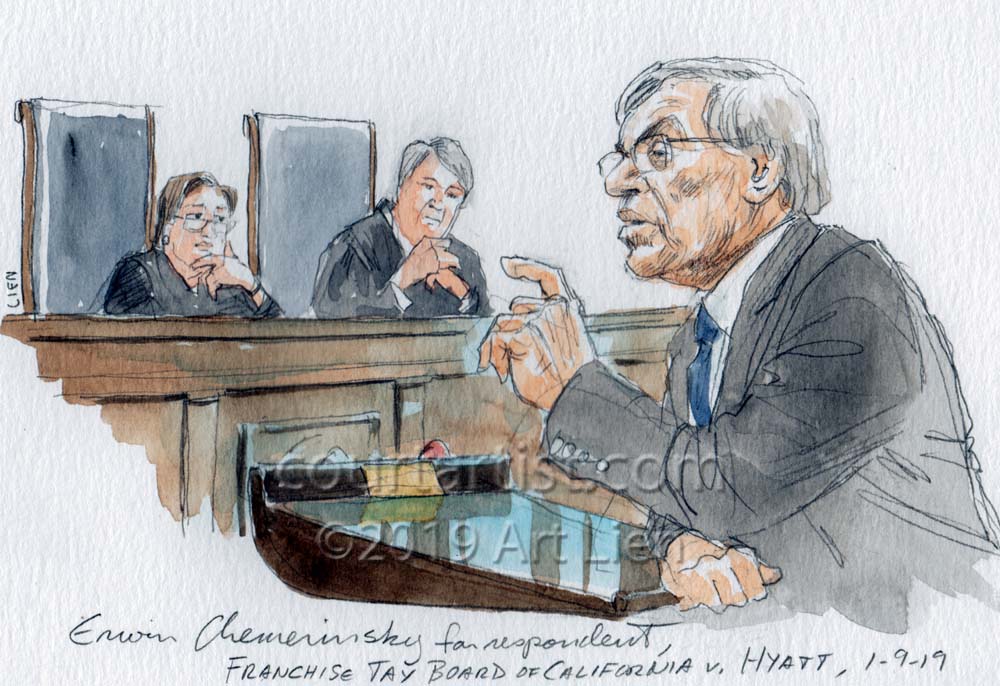