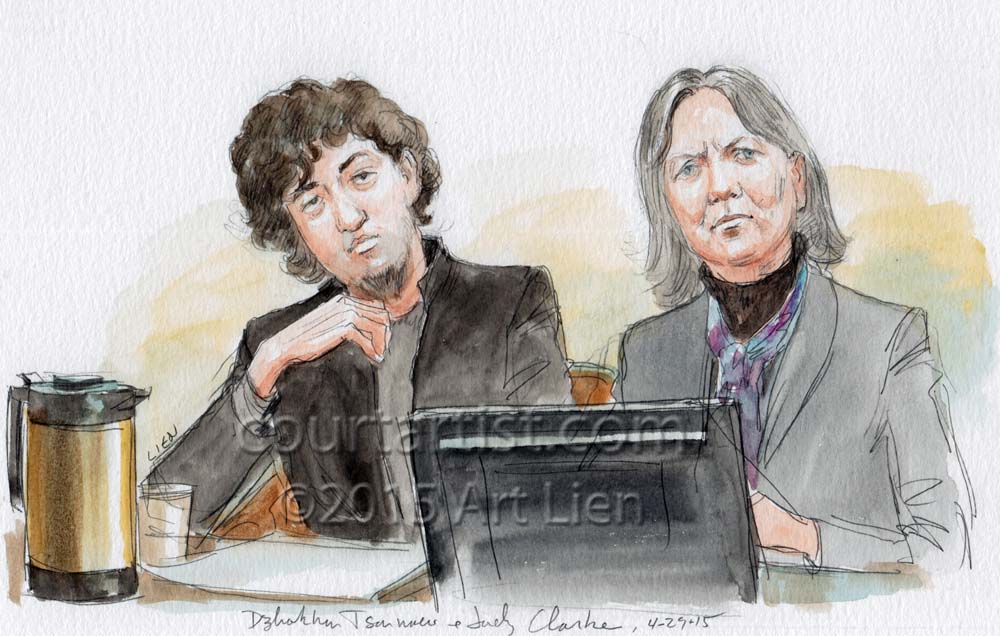 . . . two days ago, on Monday, but I was in DC for the same sex marriage arguments at the Supreme Court. I returned to the Boston courtroom today.

Until now the focus of the defense had been almost exclusively on Dzhokhar’s older brother Tamerlane. 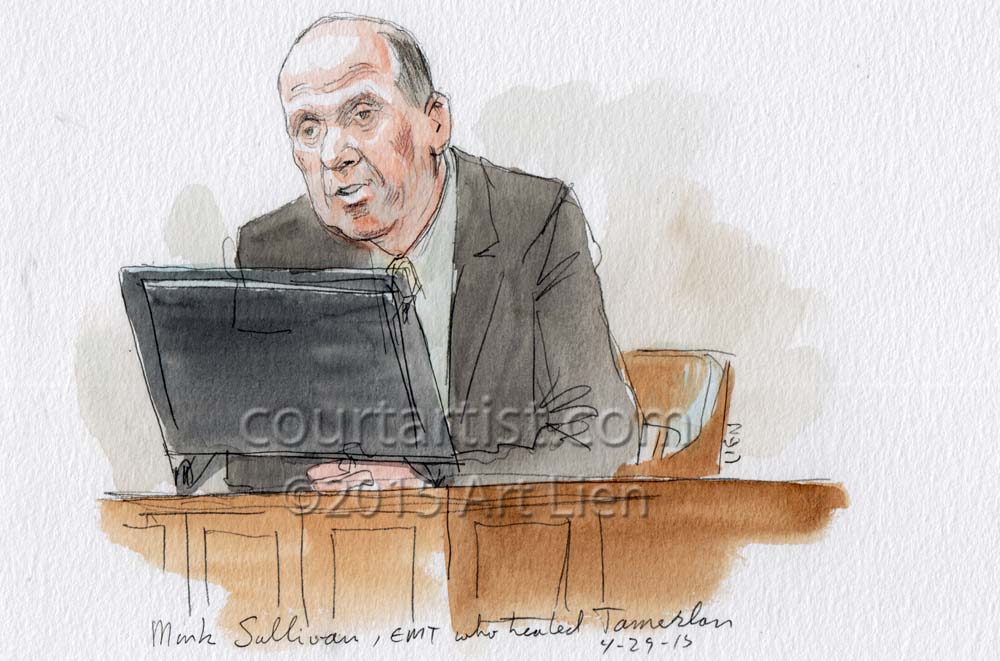 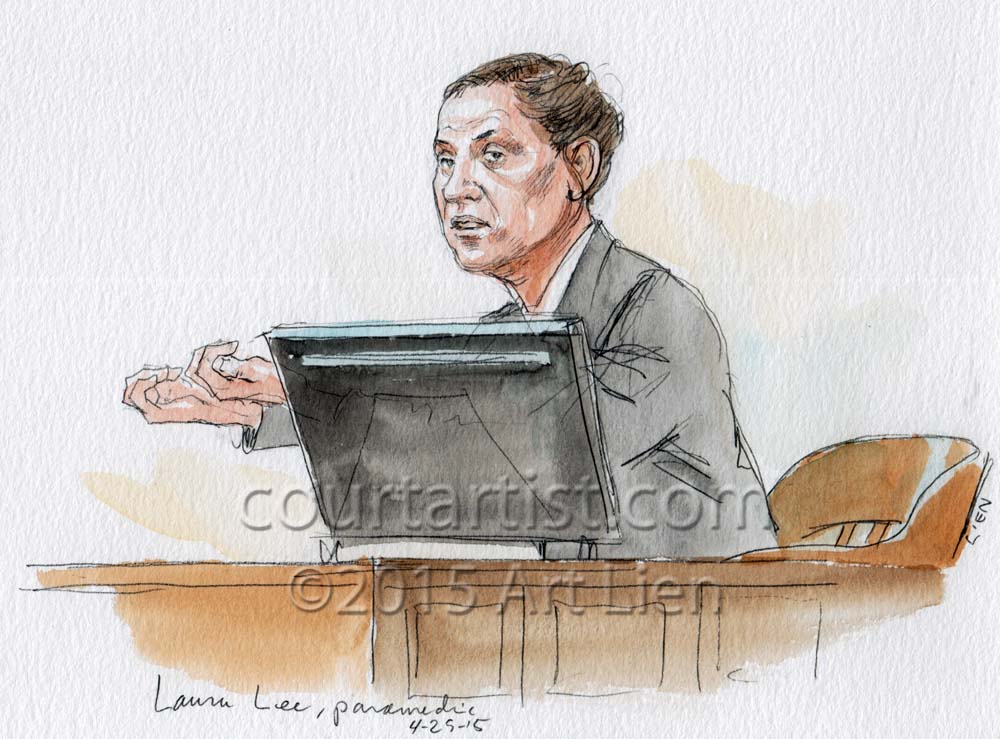 After that it was a string of character witnesses – teachers and friends who knew a different Tsarnaev than the one sitting in the courtroom today. All of them were on the stand a very short time.

So it wasn’t an uninteresting day, but nothing unexpected. I’ll just post the rest of today’s drawings and call it a day. 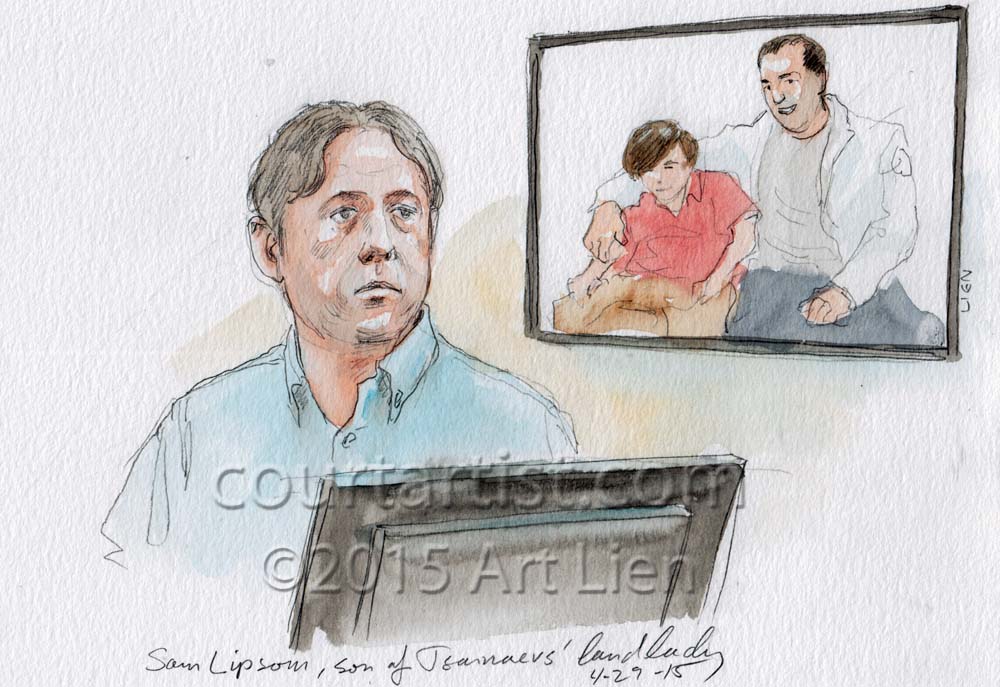 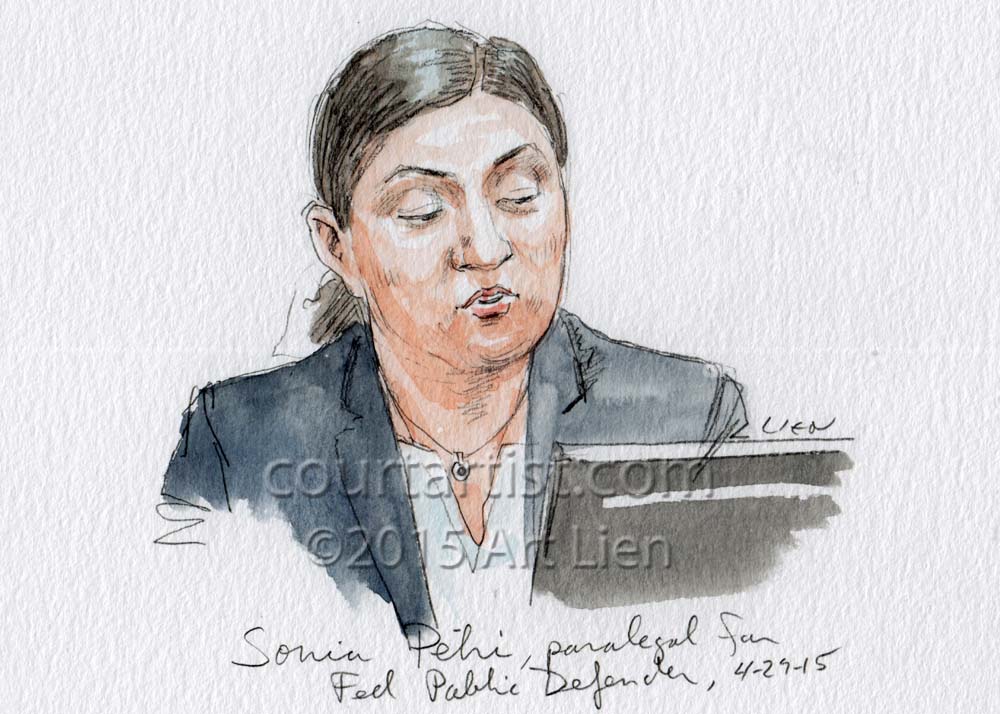 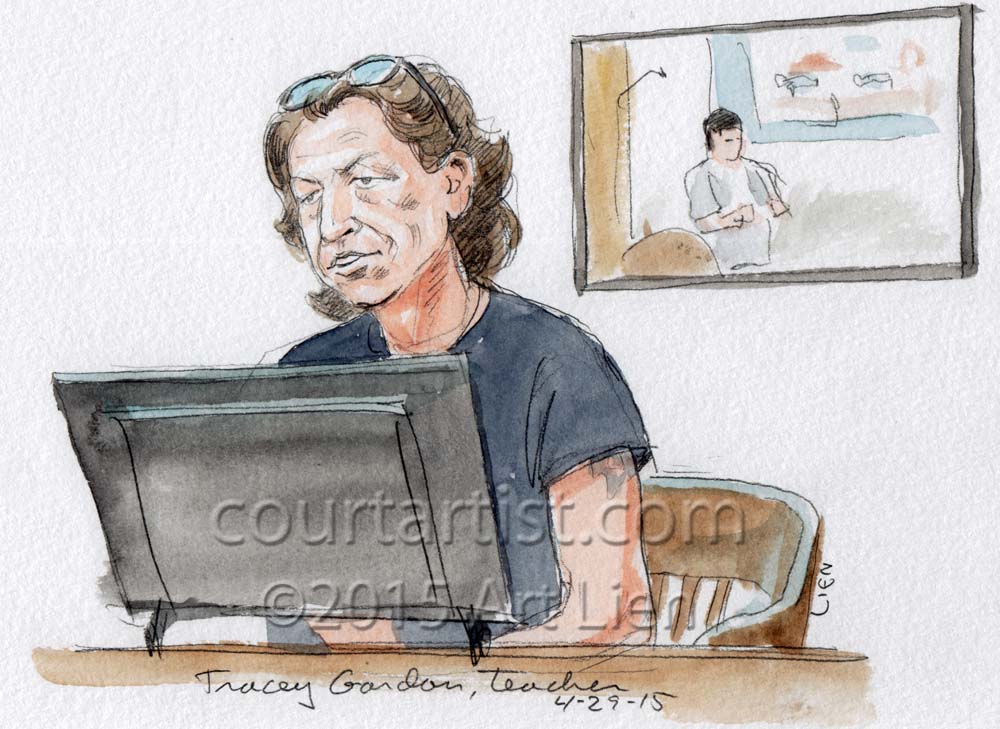 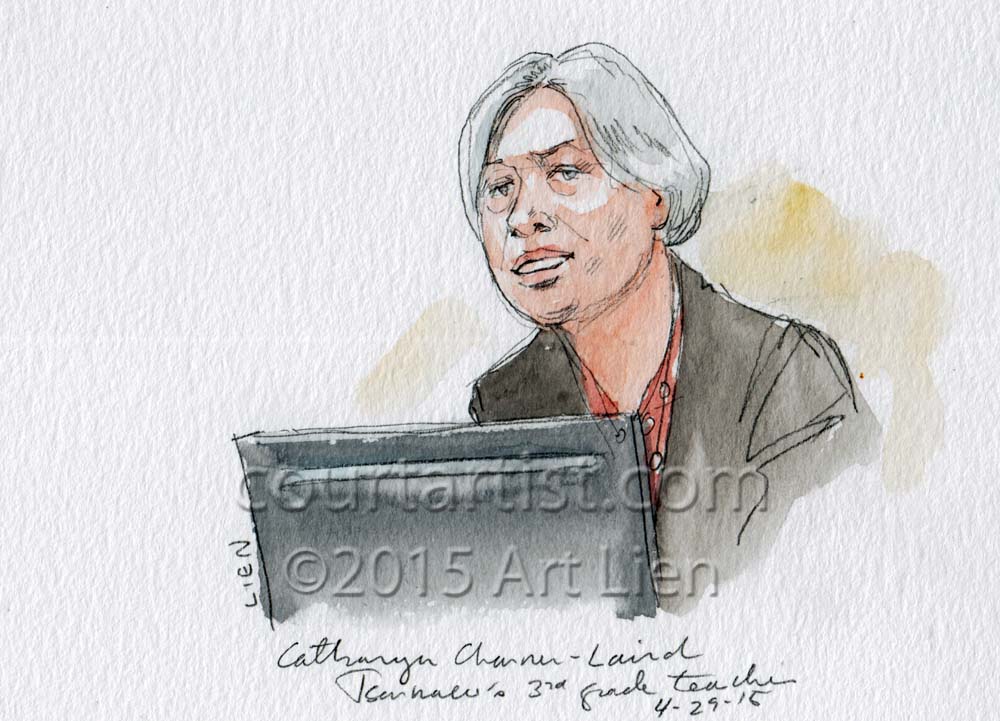 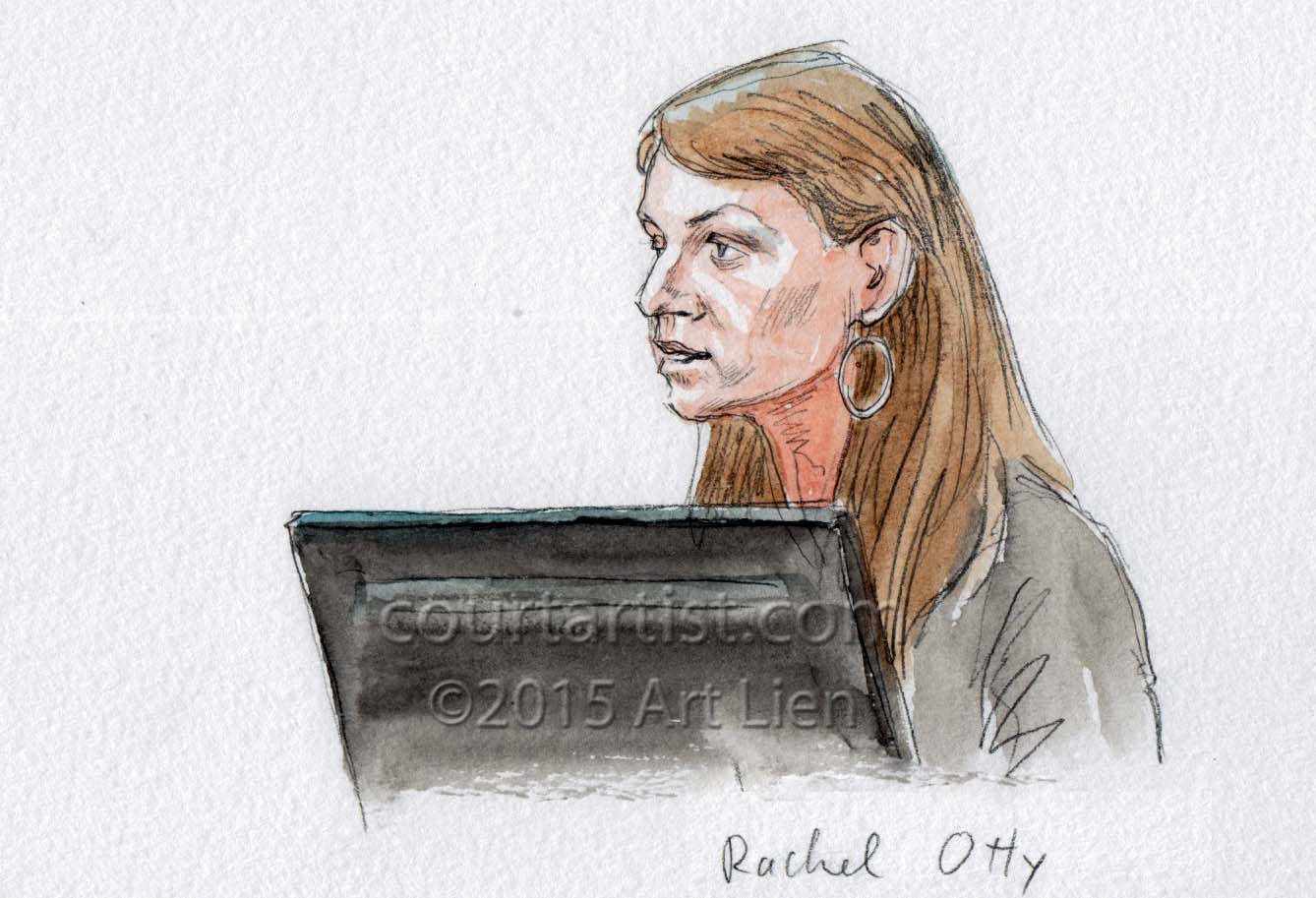 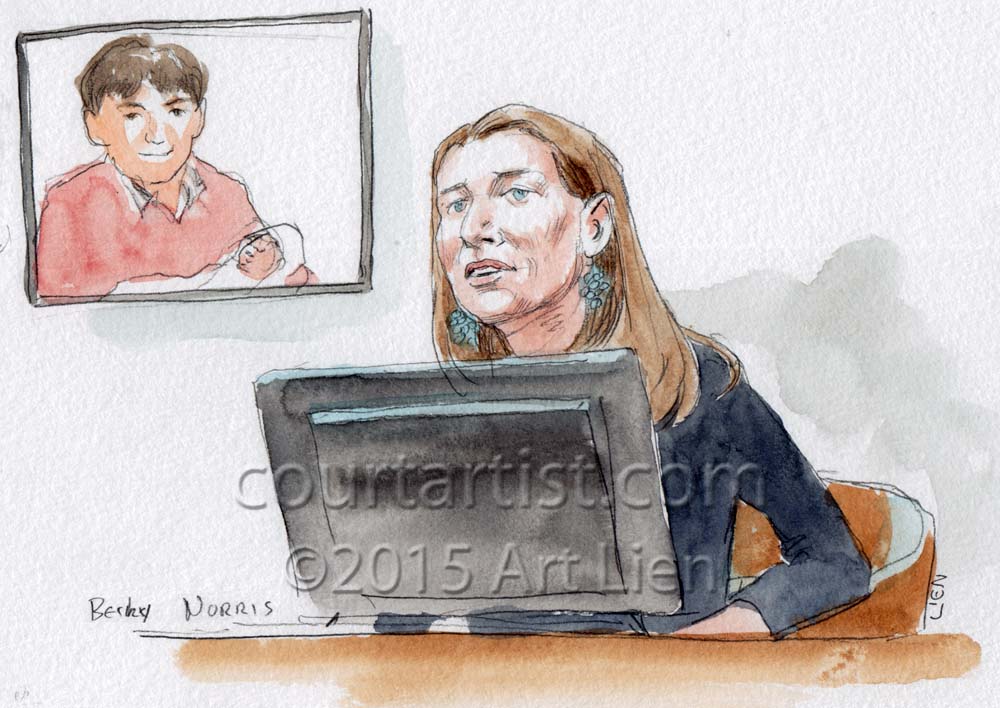 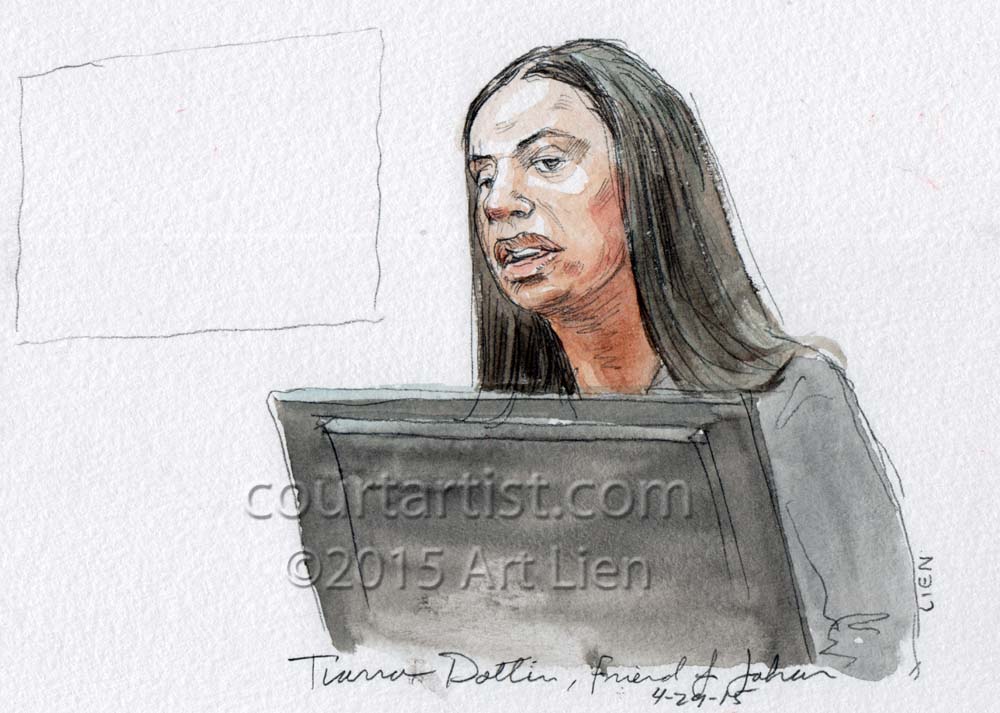 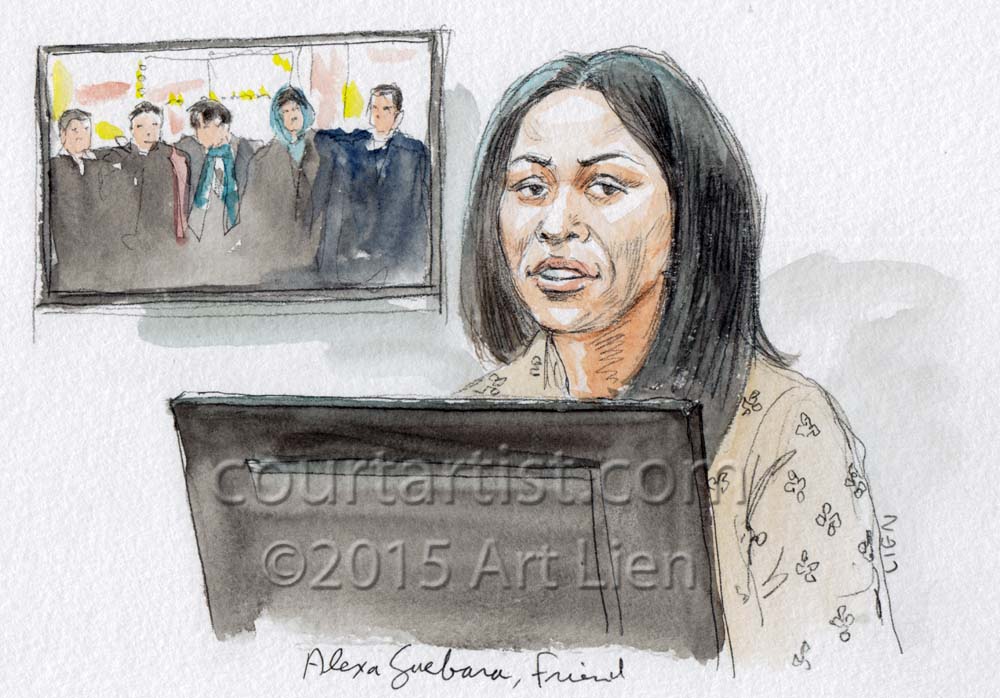