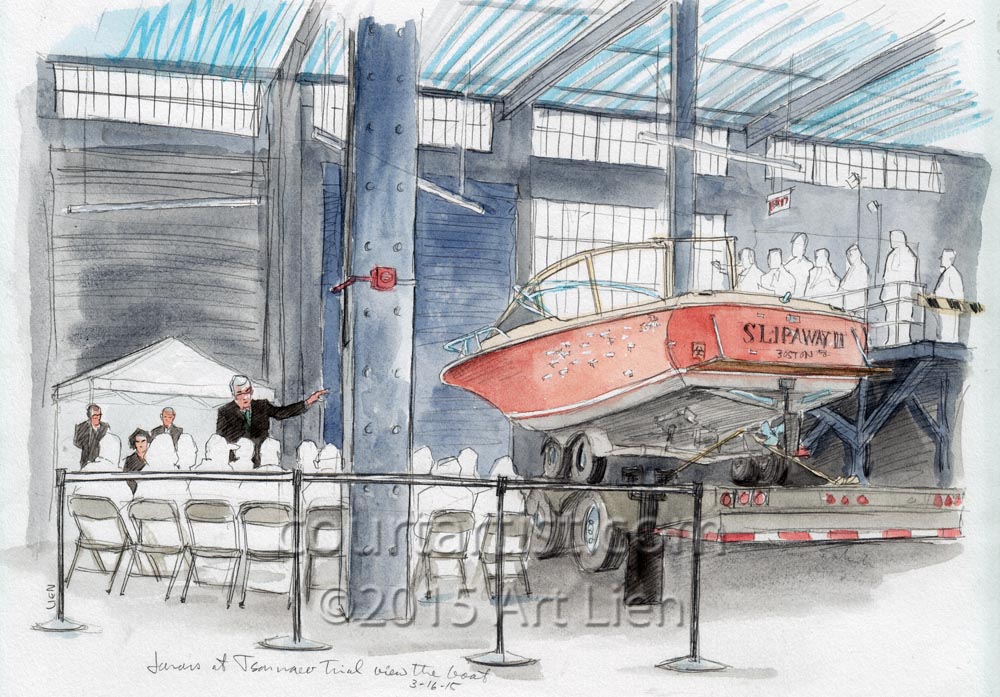 It was all very hush-hush as we sketch artists and two reporters were told to report to the Fish Pier at 7:30 this morning to witnesses the jurors’ examination of the bullet riddled boat in which Dzhokhar Tsarnaev hid after the gun and bomb battle with police in Watertown. The boat had been moved to a large warehouse and chairs and a viewing platform, as well as a movable lift, were provided for the jurors. Tsarnaev, lawyers from both sides as well as court personnel were there as well. And it was frigid! 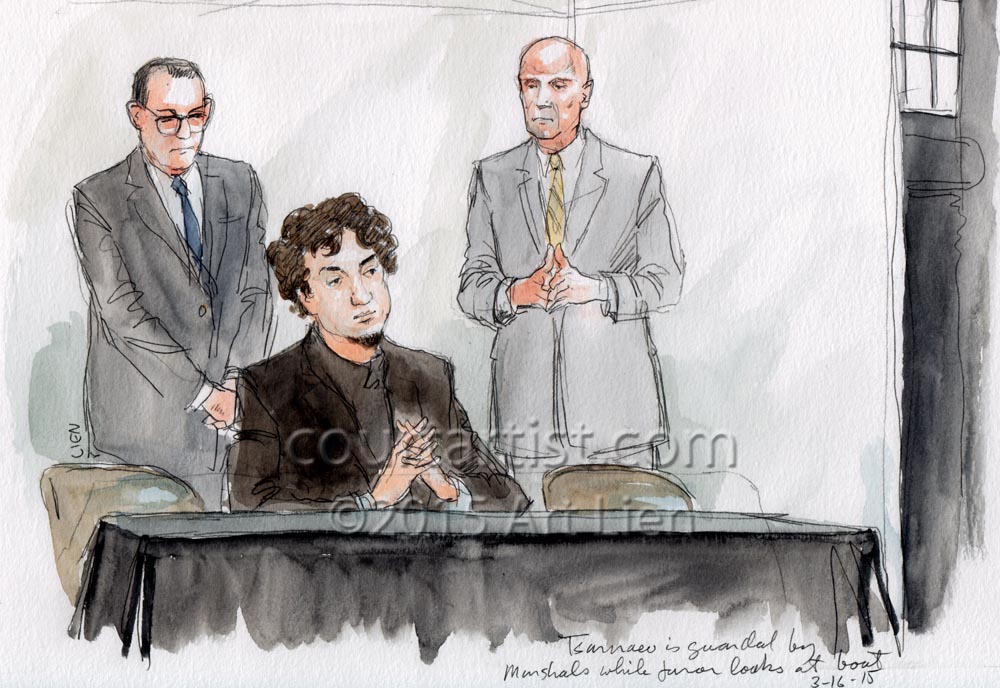 After we moved back to the regular courtroom the government called to the stand several police and a couple of Watertown residents. 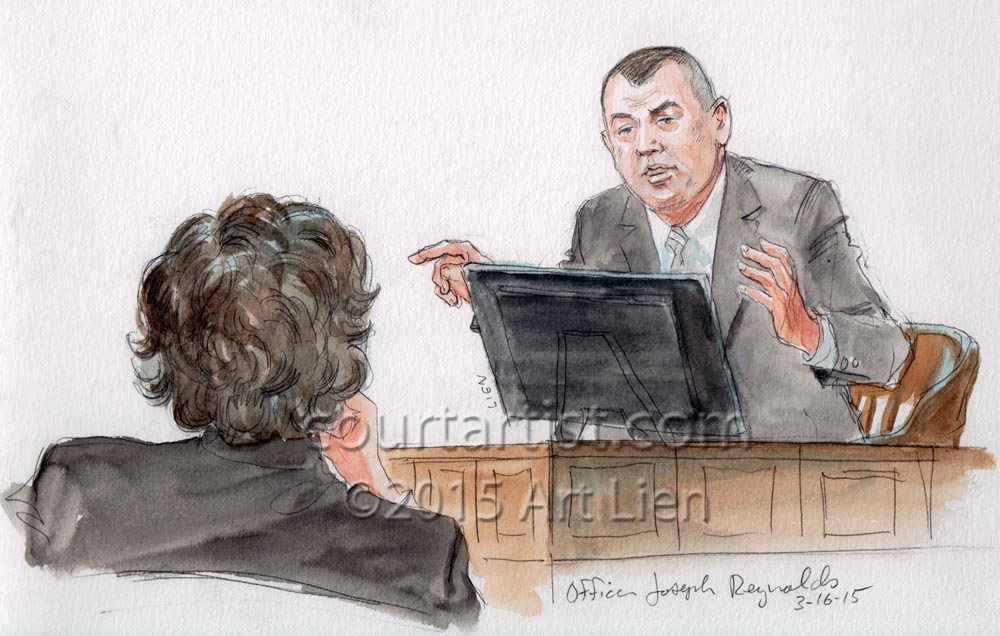 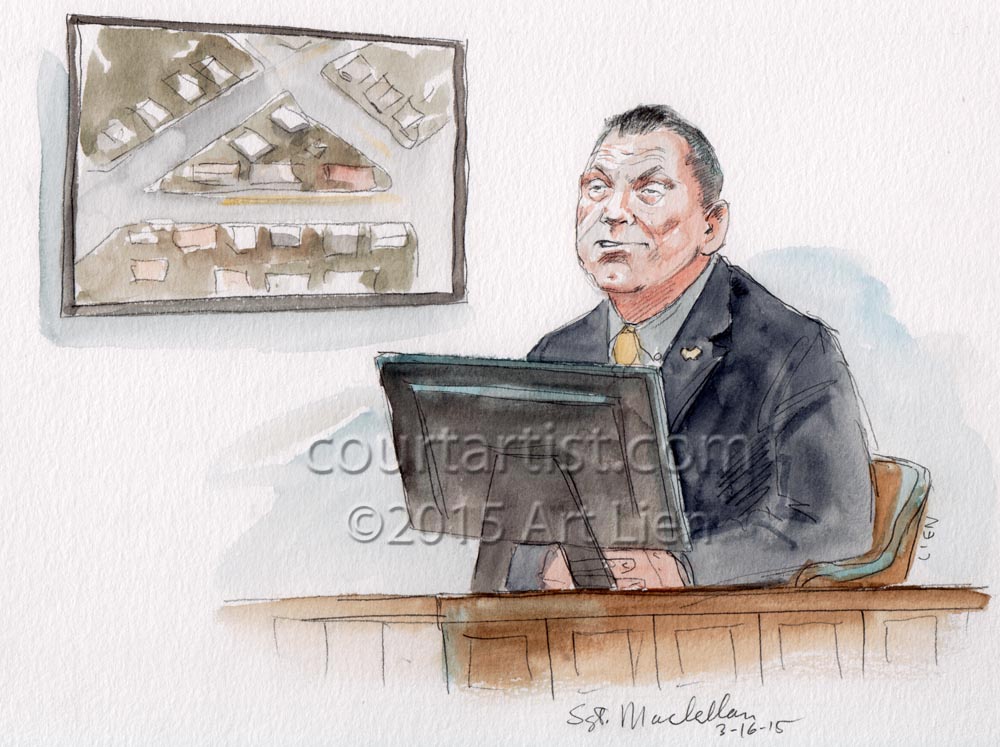 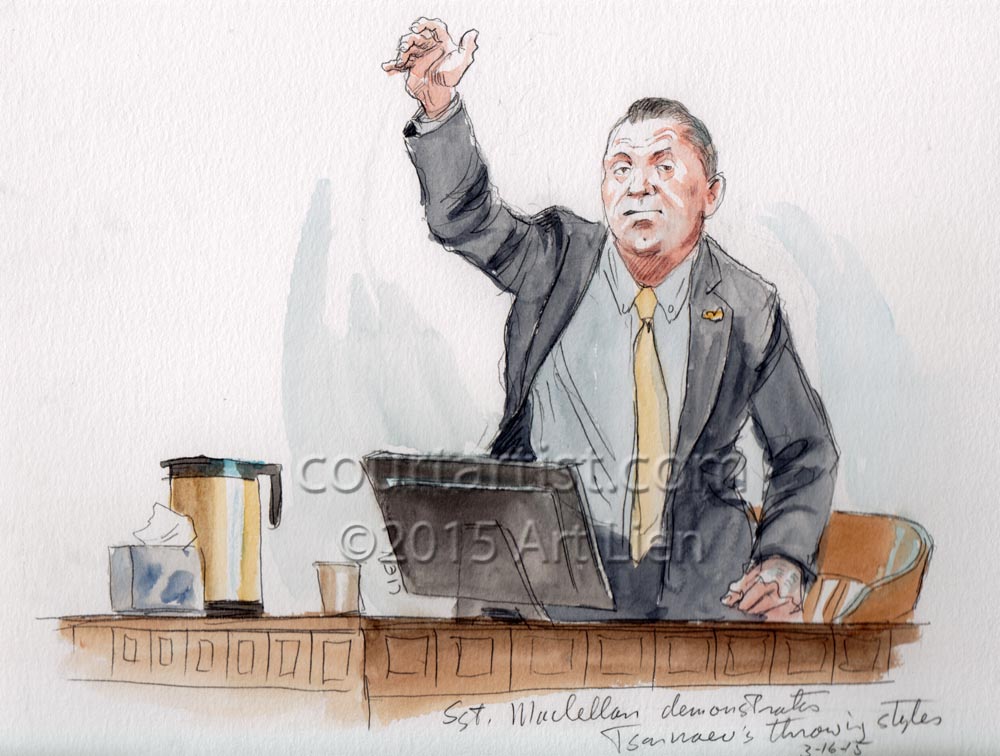 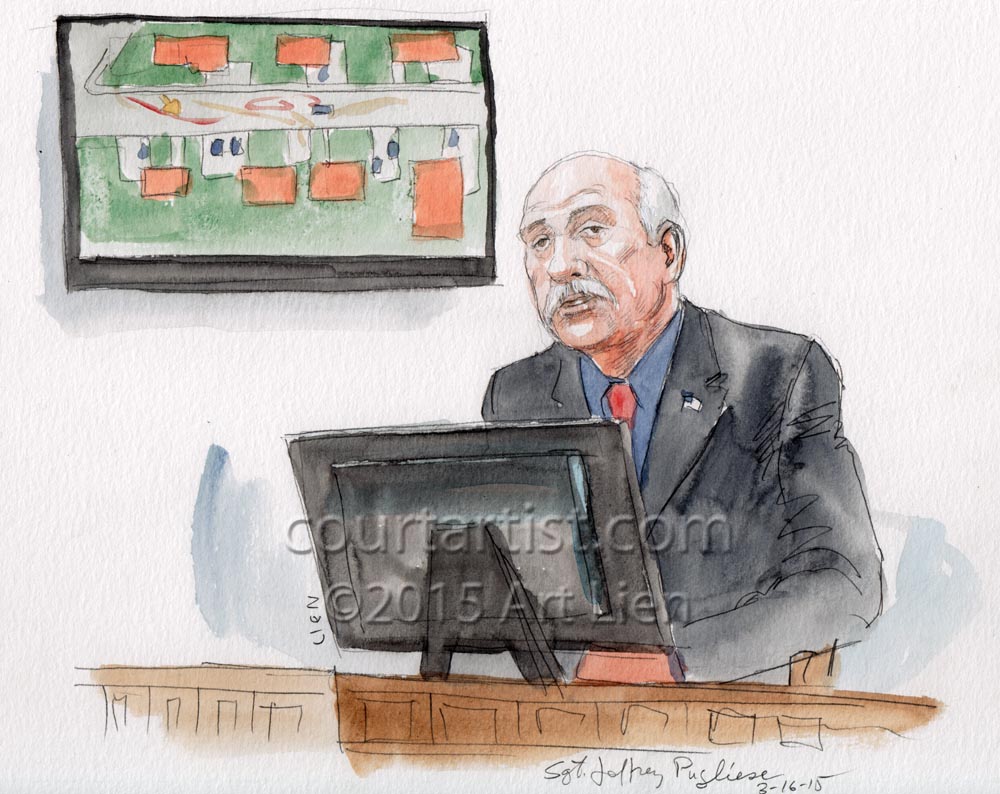 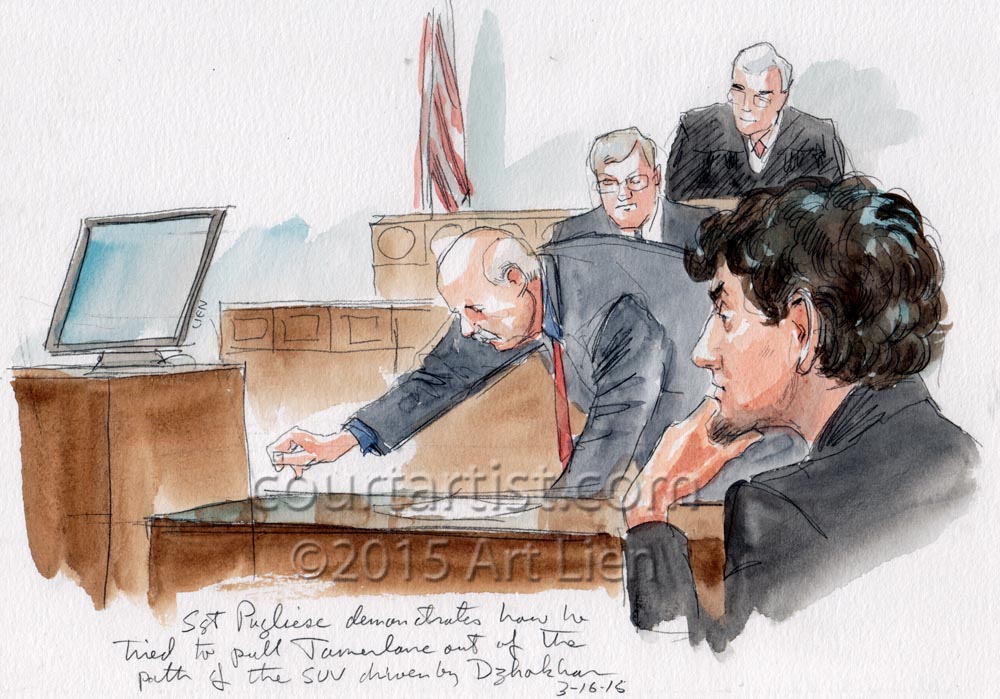 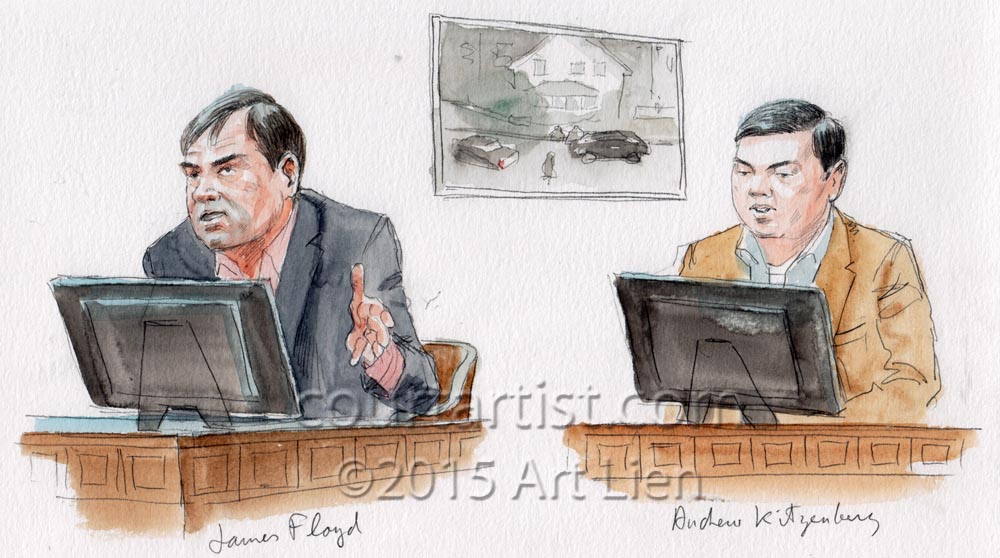 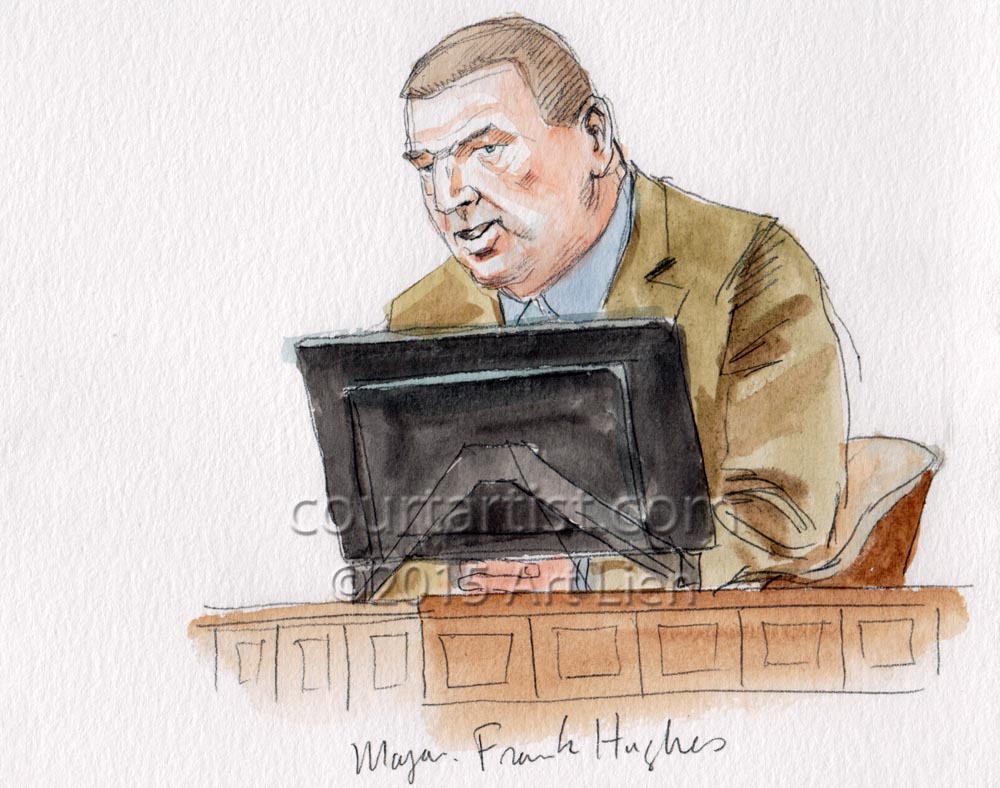